Pioneers: 101 years of the Leach Pottery is a major survey of the work of Bernard Leach (1887-1979) alongside several of his contemporaries at Court Barn, Chipping Campden

The renaissance of the British love of ceramics can arguably be traced back to 2003, when Grayson Perry won the Turner Prize with a selection of his Grecian urn-like pots from his show, Guerrilla Tactics – the first time the prize was awarded to a ceramic artist – let alone “a transvestite potter” to use Perry’s own words.

Perry may have helped kick start a new found interest in all things pots and pottery but as every student of British ceramics knows, this passion can be traced to one man who in the 1920s became the towering figure of the Studio Pottery movement, and many potters today still acknowledge his inspiration.

As a young man, Bernard Leach (1887 – 1979) spent 11 formative years in Japan and the Far East, where he was introduced to the art and craft of oriental ceramics. With a burgeoning international reputation, he was invited by Frances Horne, founder of the St Ives Handcraft Guild, to return back to Britain and work alongside the existing artists’ colony in Cornwall.

Accepting her offer, Leach returned to Britain in 1920, accompanied by Shoji Hamada (1894-1978), a young Japanese colleague, and established a pottery near St Ives, making functional wares with a strong oriental sensibility in terms of form, decoration and glazing. 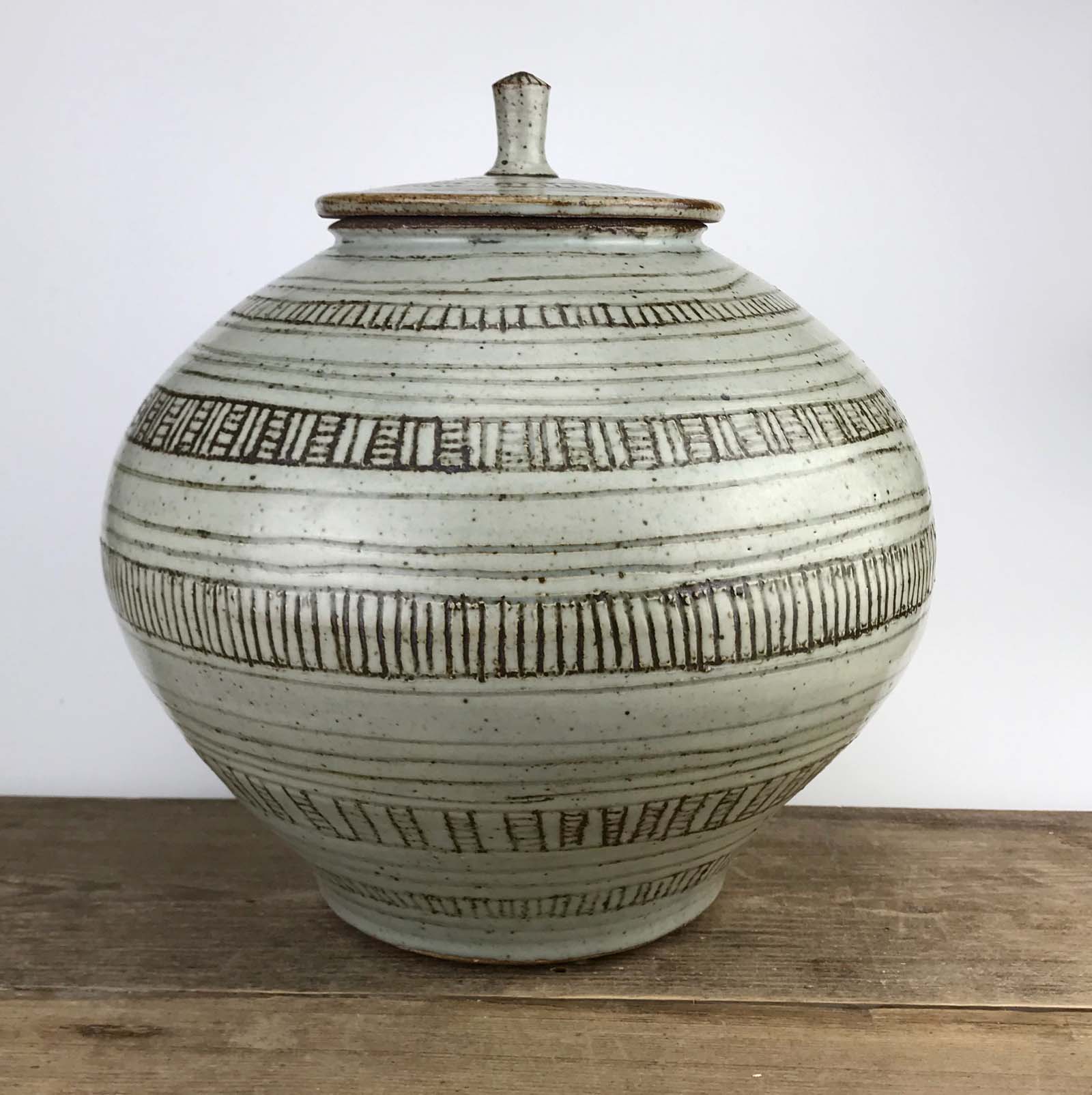 Together, they captured the spirit of the moment – as this exhibition evocatively shows – with many of their contemporaries, including Edward Baker, Alfred Hopkins, Dora Lunn and Reginald Wells also trying to reproduce the rich glazes they admired on Chinese and Japanese wares.

Today the Leach Pottery still exists as a studio, gallery and shop both preserving and continuing the tradition laid down by Leach and Hamada at a time when ceramic art flourished in Britain with pioneering potters beginning to work independently, using an ancient craft to create cutting-edge art and design.

Leach’s work however, had an authenticity and he combined the best of both eastern and western traditions and explained his philosophy in his influential publication, A Potter’s Book (1940).

Together with his son, David, he also created a range of standard wares that were sold alongside pots as works of art. He took on pupils and apprentices such as Michael Cardew, Katherine Pleydell Bouverie, Kenneth Quick and William and Scott Marshall, all of whose work is included in this exhibition.

“We have chosen four contemporary potters to bring the exhibition up-to-date; Jack Doherty in Cornwall and John Jelfs at the Cotswold Pottery at Bourton-in-the-Water in Gloucestershire, Matt Foster – former apprentice and now production manager at the Leach Pottery – and Kat Wheeler, formerly at the Leach Pottery but now working independently,” says Sarah McCormick Healy, Curator at Court Barn.

“Their contribution to the exhibition effectively completes a circle, as Bernard Leach and the studio pottery tradition are relevant to Court Barn and the Cotswolds, as it was a visit with Leach to Russell & Sons at Broadway in 1926 that led to Michael Cardew setting up the Winchcombe Pottery, now represented in the museum’s permanent collection.”

Bernard Leach visited the Worcestershire village of Broadway in 1926 to participate in a demonstration of rural crafts, organised by the design pioneer Gordon Russell.

The journey took three days from Cornwall on Leach’s motorbike, with Michael Cardew riding pillion. They stayed with Russell, spending the evenings discussing craft and design and finding themselves at odds with his advocacy of greater mechanisation.

Sydney Russell, Gordon’s father, heard of Cardew’s interest in finding his own pottery and took them to see the redundant country pottery at Winchcombe, Gloucestershire – which Cardew duly took on. Leach returned to the Cotswolds regularly in the 1920s and 30s maintaining his friendship with Cardew, whom he regarded as his first and best student.

The Costwold connection to studio pottery continued in 1925, with the first significant exhibition of St Ives artists shown at Cheltenham Art Gallery & Museum. This included work by key painters as well as 27 pots from the Leach Pottery, which were noted as ‘sound and distinguished’ in an illustrated review in The Studio magazine.

“Pioneers is a celebratory exhibition, that provides a thorough insight into the 100-year history of the Leach Pottery, from its precursors to its impact on contemporary makers,” adds McCormick Healy. “Most of the work on show has been borrowed from private collections or from the potters themselves, having never been seen in public before.”

A short film of Leach at St Ives in the 1950s is also being screened.

Pioneers: 101 years of the Leach Pottery is showing until September 25 2021 at Court Barn, Chipping Camden

Court Barn Museum celebrates the talented designers and craftspeople who have worked in Chipping Campden and the north Cotswolds since the beginning of the twentieth century. This is a story of the Arts and Crafts movement and its legacy, a story of how a small town in a beautiful setting…