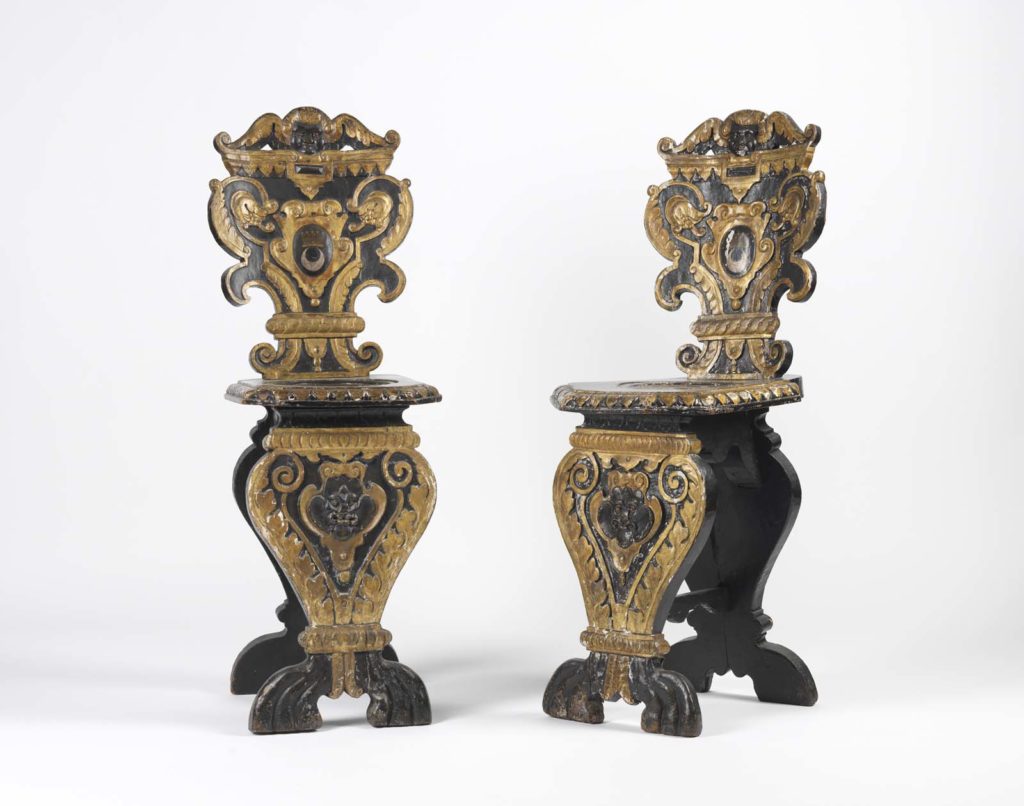 A stylish set of nine chairs at Petworth House in West Sussex are being conserved by the National Trust thanks to funding from the Royal Oak Foundation.

With over 1 million objects, the National Trust’s collections make up, as a whole, one of the largest and most significant holdings of art and heritage objects in the world.

Now this vast holding of rare and fragile objects has been given a boost by a £3 million gift that secures conservation of over a hundred them.

US-based Royal Oak Foundation has made its largest ever gift to support five years of conservation work on collection objects from historic properties around the country at the Trust’s Conservation Studio in Kent.

The American charity was actually founded by the National Trust in 1973 to raise awareness and advance the work of the Trust by inspiring support from the United States. The gift has been made in honour of the Trust’s 125th anniversary.

As Europe’s largest conservation charity, the National Trust looks after 200 historic properties containing a range of objects from fine and decorative art works and furniture, to textiles, dress, books and ceramics. Many objects in the collection were commissioned, acquired and accumulated by country house owners over the centuries and still survive in their original settings. 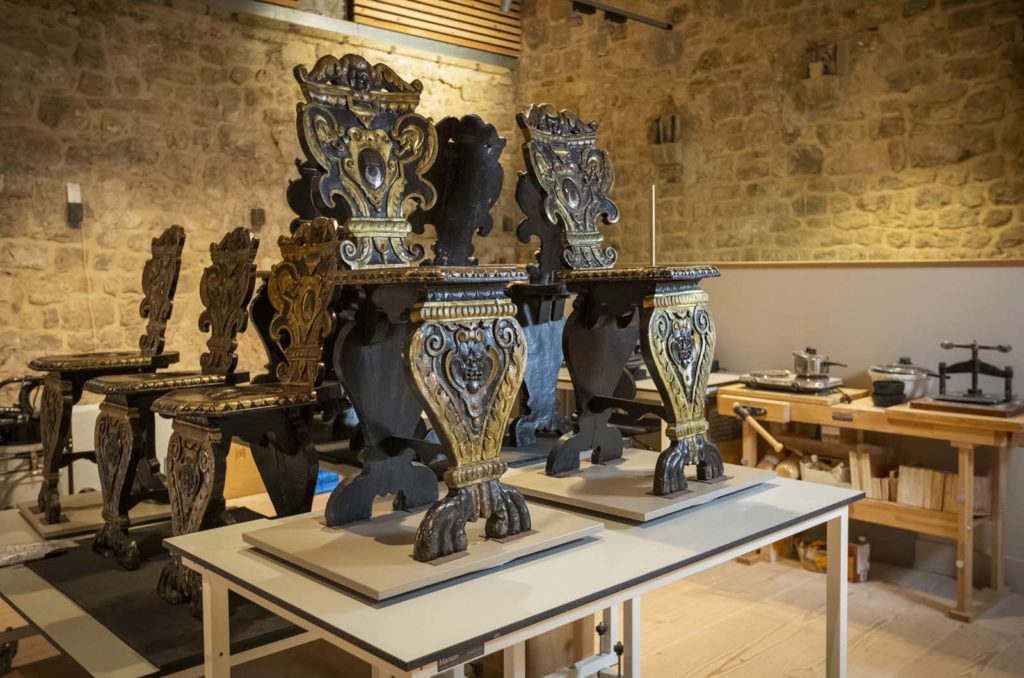 The 17th Century chairs, in the conservation studio. 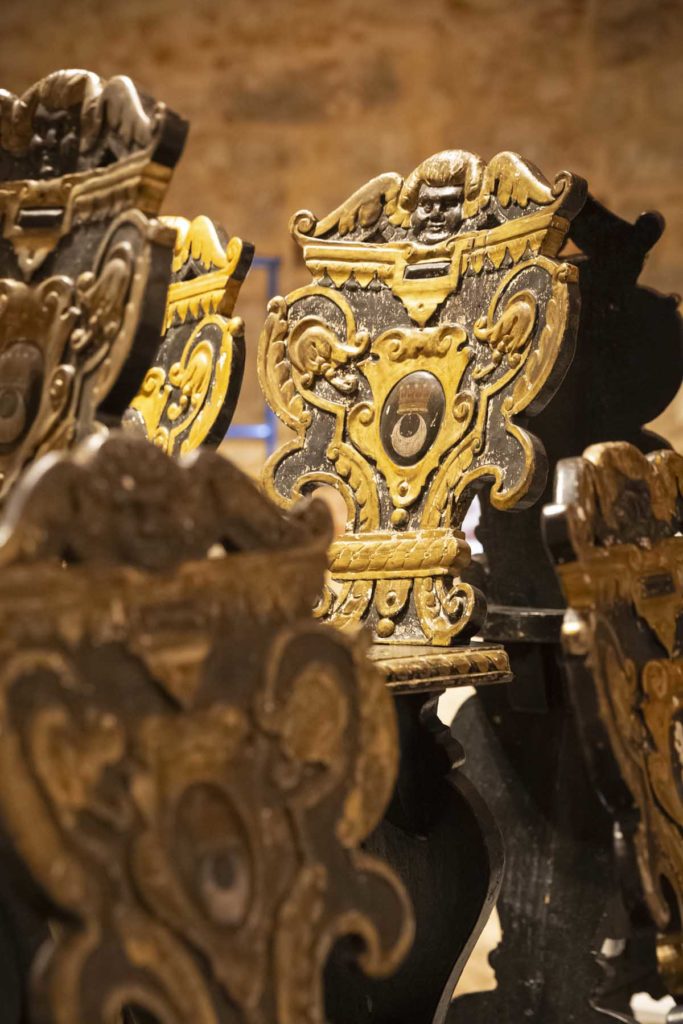 A close up of the chairs from Petworth House. 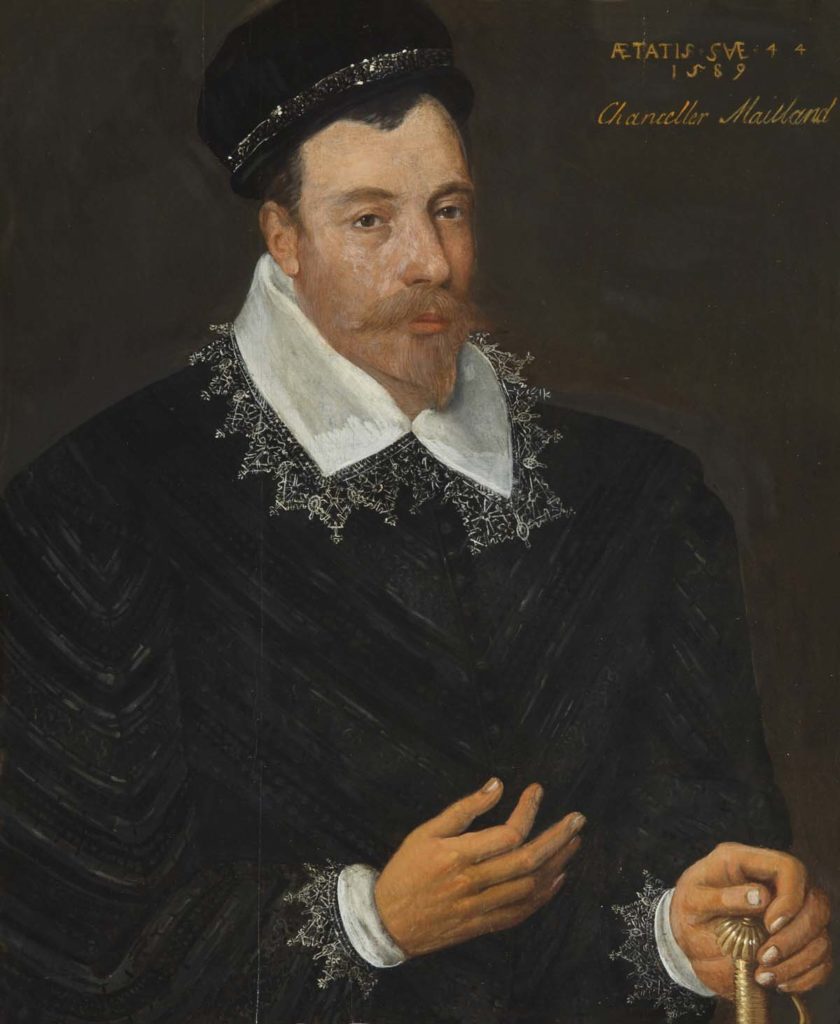 A portrait of Sir John Maitland, which usually hangs at the National Trust’s Ham House in Richmond, is being conserved at the conservation studio in Kent.

Among the first fragile objects to benefit from the conservation funding is a set of nine early seventeenth-century carved, painted and partly gilded chairs from Petworth House in West Sussex.

The set of chairs was designed to impress (and possibly perch on) while waiting in some grand hallway and were likely to have been purchased in 1636 by Algernon Percy, 10th Earl of Northumberland (1602–68) for his house in London.

Made from elm and oak, painted and partly gilded, the elaborate and ornamental design (perhaps by Francis Clein, c.1582–1658) was directly influenced by Italian style and similar chairs – known as sgabelli (stools) – were popular in Italy in the late 1500s. After making their way to Petworth they resided there for several centuries and were documented as being on display in the Marble Hall in 1750.

They now need structural treatment and conservation of their highly decorative surfaces. Through this treatment the Trust hopes to learn more about the materials and techniques used in the 1600s.

The funding will also help the Trust to conduct technical research, acquire extra equipment and develop facilities at the Knole Conservation Studio to offer further expertise in conservation of its many paintings.

One of the first to benefit from this new expertise is an oil portrait of Sir John Maitland (1543-1595) who was once the hugely powerful and influential Lord Chancellor of Scotland under James VI. His portrait, by an as yet unknown Anglo Dutch artist, dates to 1589 and has hung in The Long Gallery at Ham House in Richmond since the 1670s.

It is now in need of structural work on its oak panel support, consolidation of the paint layers, and careful removal of varnish and overpaint.

Having long intrigued the experts the painting came to public attention in 2017 when X-ray analysis revealed what is believed to be an unfinished portrait of Mary Queen of Scots hidden beneath it.

Research into the portrait had begun in 2013 when David Taylor, one of the Trust’s Curators of Pictures and Sculpture, became intrigued by the fact that the author of the portrait, painted when Maitland was the second-most powerful man in Scotland, was unknown.

Taylor’s research led him to several possible candidates. One of the most compelling was Adrian Vanson (active 1581-1602), a Dutch artist working in Scotland. However, efforts to firmly attribute the portrait to Vanson, or indeed to any other artist, were hampered by the presence of overpaint (paint applied later by restorers), thus obscuring distinguishing stylistic details or painterly techniques.

In late 2016, the portrait left the Long Gallery at Ham House for the conservation lab at the Courtauld Institute of Art where it was examined by Dr Caroline Rae to learn more about the materials and techniques used by the artist. It was while using X-radiography that Dr Rae discovered a concealed, unfinished portrait of a woman, believed to be Mary Queen of Scots. 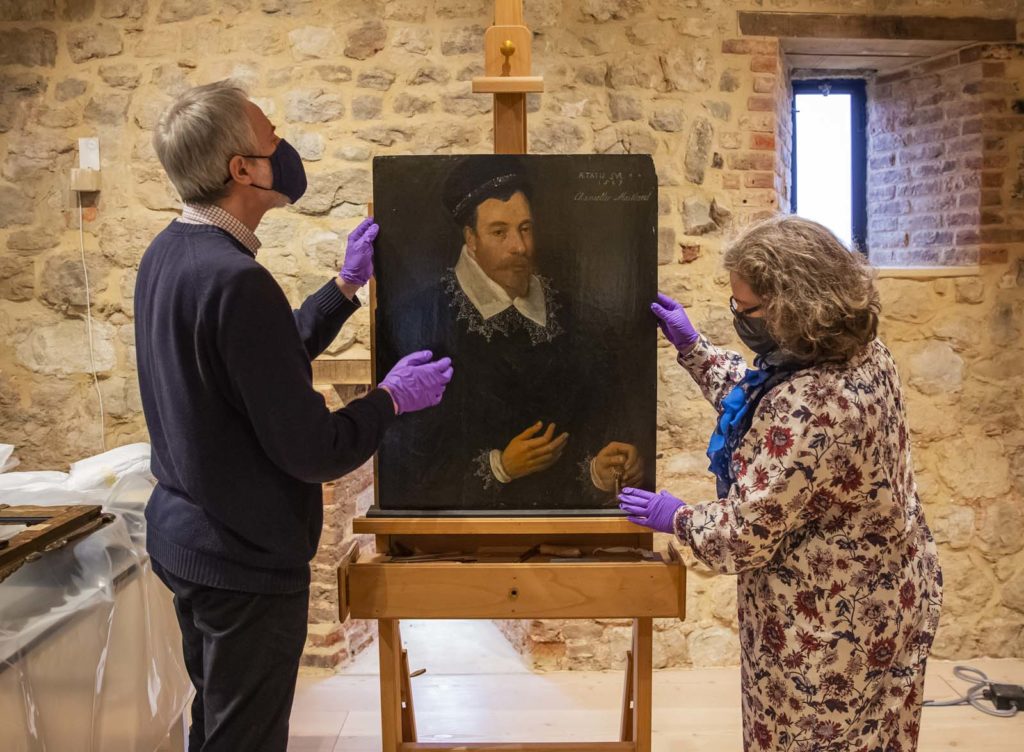 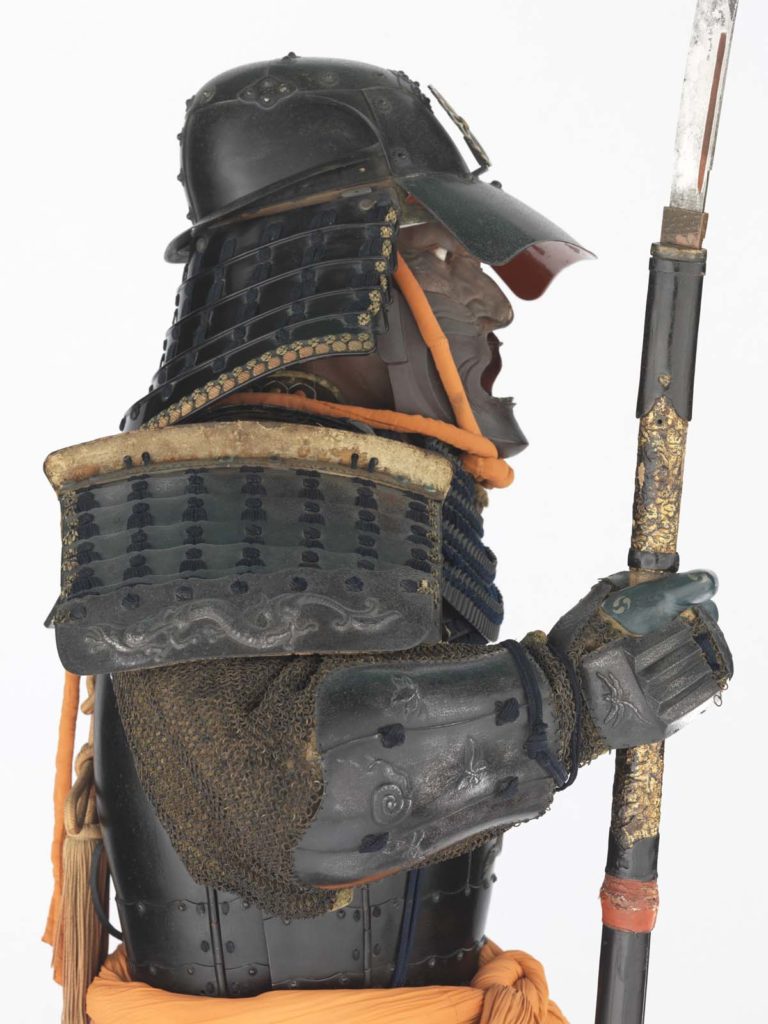 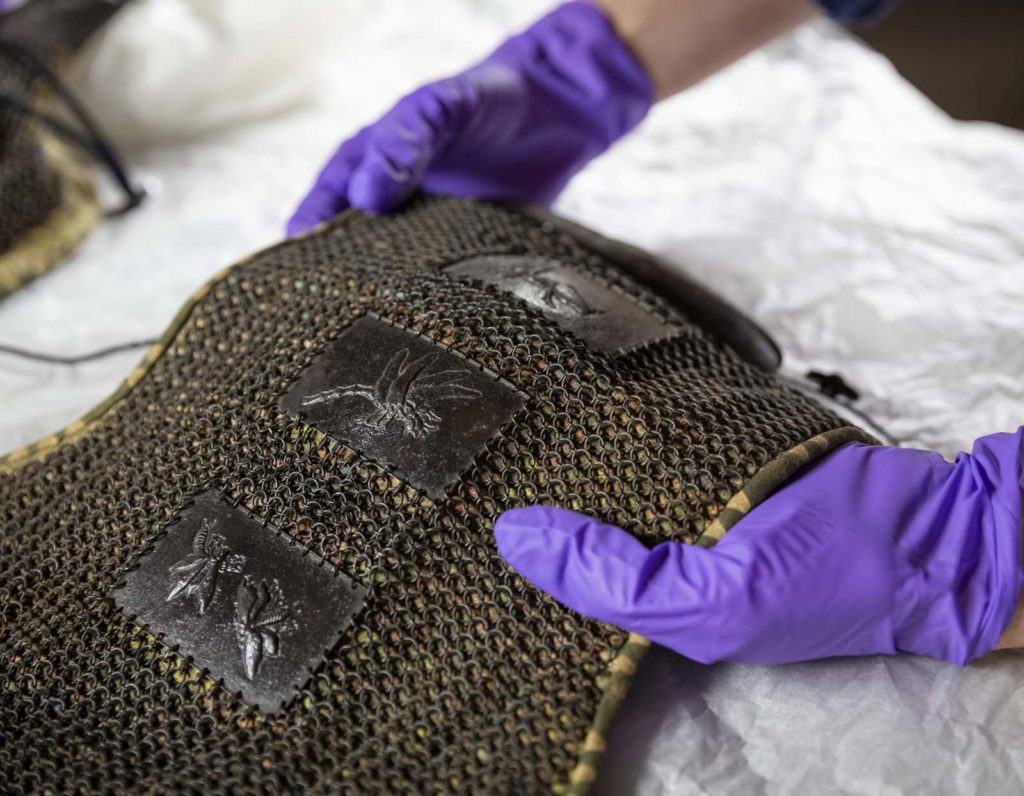 Samurai armour from Snowshill being worked on by conservators at the conservation studio. © National Trust / James Dobson

Also in line for specialist treatment is a suit of Japanese Samurai armour, one of an impressive set of 27, purchased for the quality of their craftsmanship by avid collector Charles Paget Wade (1883–1956) for his home at Snowshill in Gloucestershire.

With its scale-like metal plates, ‘horned’ helmet and complete face mask, Samurai armour was designed to instill fear into enemy forces while providing protection for the wearer. This example was not however made for military combat but for ceremonial procession.

Dating from a peaceful period in the 1830s, when it was necessary for samurai (military lords) to pay homage at the court of the shogun (military dictator), the suit was made in the province of Kaga and bears the signature of a talented master armourer called Kashu ju Munenao, who beautifully decorated it with creatures, including crickets and dragonflies.

The armour is made from iron, lacquer, braid, silver alloy and rawhide and needs conservation cleaning and stabilisation treatments on the metal work and textiles before the conservators work with property staff to consider the opportunities for re-display once the armour returns.

The Trust’s specialist Conservation Studio, which opened in 2017 at Knole in Kent, is the first based at one of its properties and demonstrates expert conservation techniques and cutting-edge technology in front of visitors. During the Covid pandemic it has been closed so please see the National Trust website for details of when it will re-open.

“Our collections need conservation and repair for a multitude of reasons,” says Dr Tarnya Cooper, the Trust’s Curation and Conservation Director. “They risk deterioration from the effects of ageing, light and damp to potential damage from insect pests such as silverfish and moths.

“Many of these objects survive in the original domestic settings for which they were acquired or commissioned, rather than in bespoke museum environments with specialist storage facilities, which presents us with many challenges. Our house staff employ rigorous checks and monitoring of the objects in their care to identify those most in need of conservation treatment.”

“This funding will provide some of the critical investment we need to care for our world-class collection to the standard it deserves and will enable us to tackle many significant and high-profile objects over the next five years so they can be enjoyed and better understood by our visitors.” 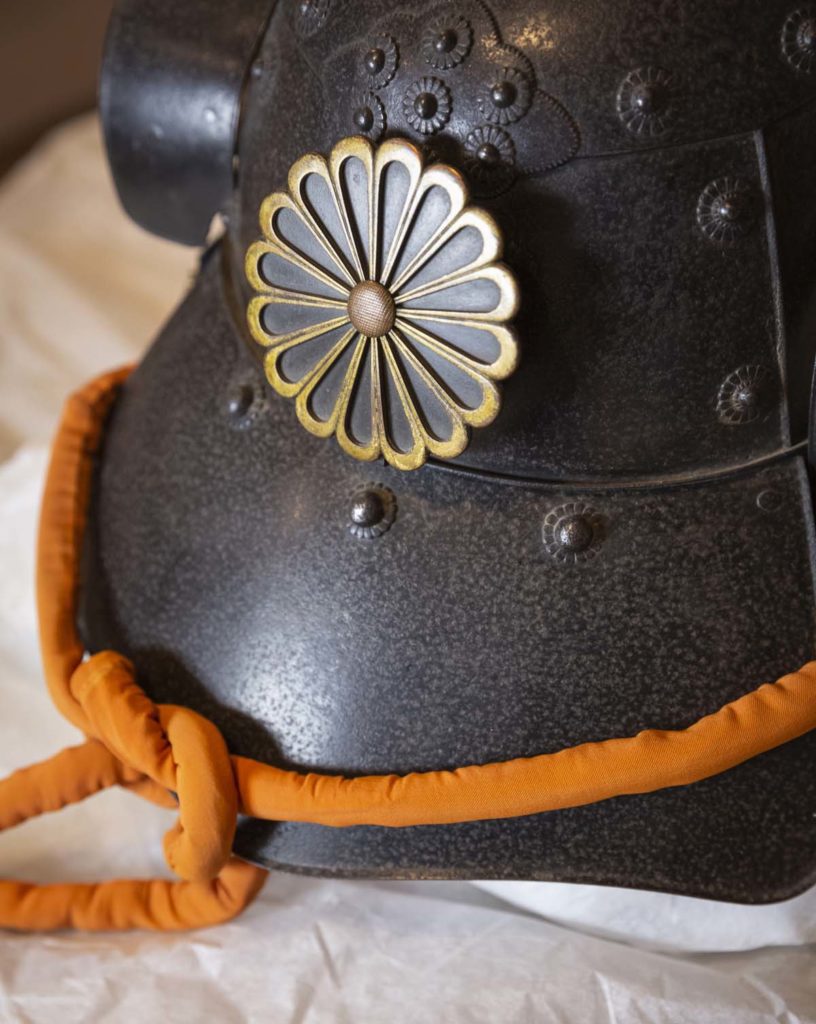 Detail of the Samurai armour from Snowshill in the conservation studio. © National Trust / James Dobson 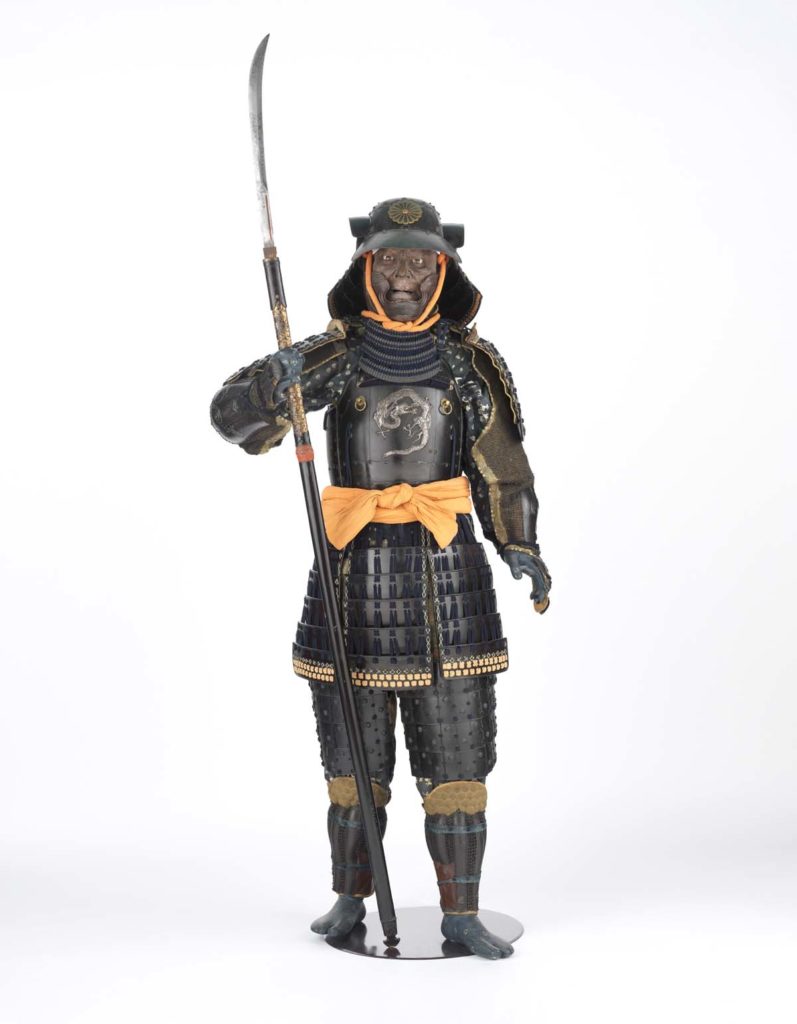 The National Trust Collections website provides the opportunity to search the collections as a whole and discover further resources including research articles and online exhibitions. www.nationatrustcollections.org.uk

Sitting proudly within Kent’s last medieval deer park, Knole offers something for everyone. Originally an archbishop’s palace, the house passed through royal hands to the Sackville family – Knole’s inhabitants from 1603. Take a walk through the showrooms to appreciate centuries of history and Knole’s world-class collection. Children can explore…