Celebrated English author Virginia Woolf was a crucial member at the heart of the Bloomsbury Set, who spun their tangled webs over the south east of England.

Here is our selection of the best places to visit to get a glimpse into the inner workings of Woolf and this infamous, and influential, group.

A must-see property for any Woolf or Bloomsbury fan, it was at Monk’s House, in a small studio set in the garden’s beautiful orchard, that Woolf wrote many of her celebrated novels. Set in an idyllic cottage garden full to the brim with flowers, bushes and trees the 17th Century cottage appears just as it did when the Woolfs inhabited it. The house boasts painted interiors by Virginia’s sister Vanesa Bell, and friend Duncan Grant, and heaps of books – including a set of Shakespeare bound by Virginia herself.

The Woolfs bought the house, in the quiet village of Rodmell, in 1919 as a holiday home, admiring its wild and fertile garden. It became a popular meeting place for the Bloomsbury Group and their friends, who would gather in the garden to relax or play bowls. The pair moved permanently to the property in 1940 after their London home suffered damage during the war, and both stayed here for the rest of their lives.

Virginia Woolf lived here until her suicide in 1941 in the nearby River Ouse. Her cremated remains, and those of Leonard when he passed in 1969, were scattered underneath a couple of elm trees nicknamed ‘Leonard and Virginia’ by the pair. Today, busts of the couple sit atop a wall where the elms once stood. 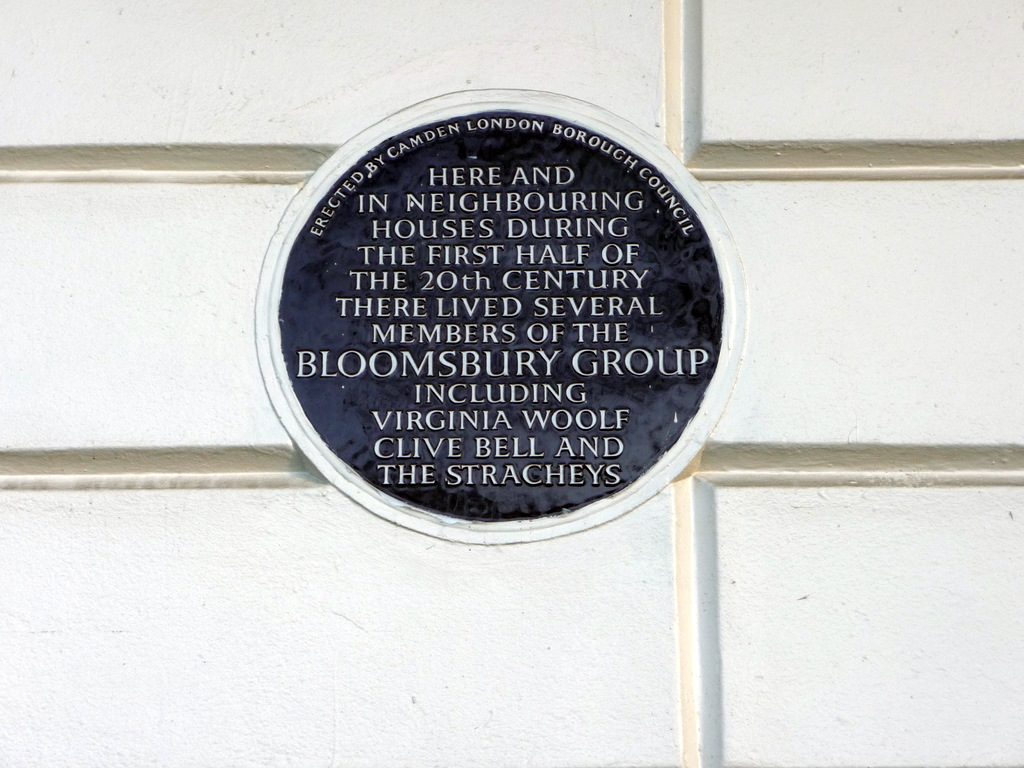 Where it all began. The Bloomsbury area of London is where the eponymous group first formed around the start of the 20th century. Many central male members of the Bloomsbury Group were students together in Cambridge, and congregated in London at the home of Thoby Stephen – Virginia Woolf’s brother. It was here that the likes of Lytton Strachey, Clive Bell, Roger Fry, John Maynard Keyes and Leonard Woolf grew to know Virginia and Vanessa.

Gordon Square and Fitzroy Square are particular hotspots, having played home to many of the Bloomsbury Group, as well as the Omega Workshop – a Roger Fry, Duncan Grant and Vanessa Bell’s Omega Workshop, which sought to blur the line between fine and decorative arts and give the artists of the Bloomsbury Group the platform to sell their work, and produced luxury homewares and clothing for the elite.

As well as plaque-spotting the Bloomsbury are has so much to offer for any history, heritage or art fan – a plethora of amazing museums and galleries, historical churches and beautiful architecture. 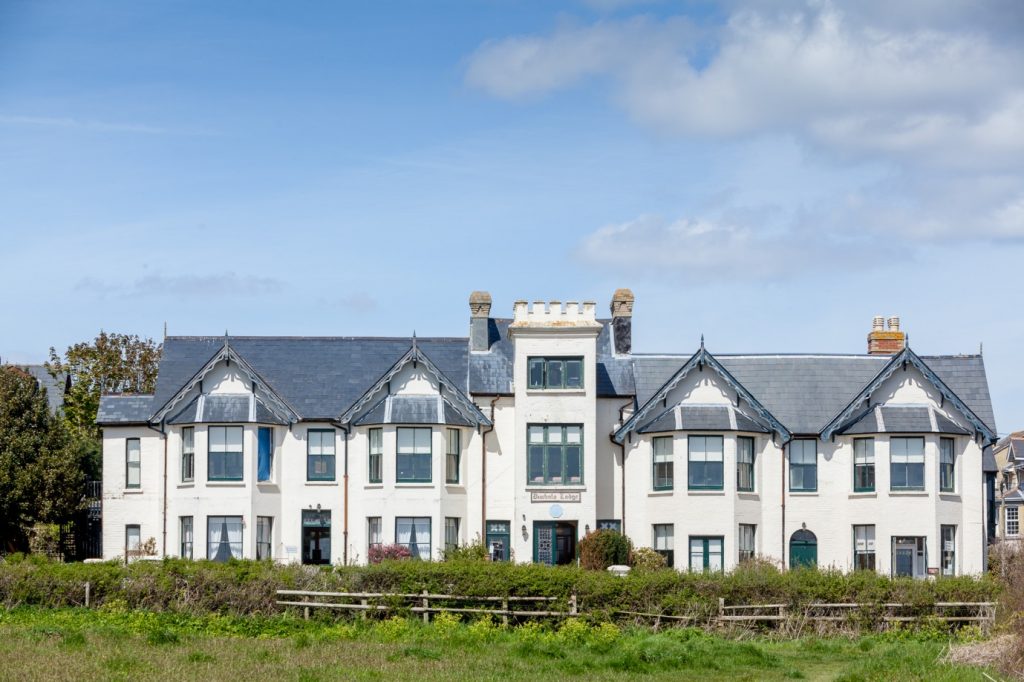 Much like her great-niece, Cameron was at the heart of a community of artists, writers and thinkers, dubbed ‘The Freshwater Circle’ and included the likes of Alfred Lord Tennyson, Lewis Carol and G.F Watts. It was at Dimbola Lodge that Julia Duckworth met Woolf’s father – the English writer, historian and mountaineer Leslie Stephen.

The former residence is now a historic house museum, celebrating the life and work of Julia Margaret Cameron, and is a must-see location for any early photography, or Pre-Raphaelite fan.

The home of Bloomsbury artists Duncan Grant and Woolf’s sister Vanessa Bell, as well as Clive Bell and John Maynard Keynes, Charleston Farmhouse sits just a stone’s throw away from Monk’s House, in the small Sussex village of Firle.

Purchased by the pair in 1916, the farmhouse was not just their home, but their canvas too – the surfaces, furniture and homewares covered in Bell and Grant’s distinctive designs.

Once a hive of activity where Bloomsbury artists and writers would come together to work, play and socialise, the house remains busy as thousands of visitors visit yearly to take in the brightly painted interiors and amble around the vivid walled garden planted by the duo, full of their favourite flowers and Quentin Bell’s sculptures.

The Church of St Michael and All Angels, Berwick, East Sussex

The interior of St Michael’s and All Angels, Berwick. © Kate McNab

Not far from Charleston sits this truly hidden gem. The Church of St Michael and All Angels in Berwick features a stunning interior, full of murals painted by Duncan Grant and Vanessa Bell, and Vanessa’s children Quentin and Angelica.

During the war, many of the church’s decorative stained glass windows were damaged and, rather than replacing the fragile glass, the Bishop of Chichester commissioned the pair to cover the walls with pastoral scenes. The windows were replaced with clear glass to illuminate the murals within, and offer splendid views over the church yard and South Downs.

The murals remain today and can be visited by anyone when the church is not running a service.

Statue of Dionysus in the Nuttery in spring at Sissinghurst Castle Garden, near Cranbrook, Kent. © National Trust Images/Jonathan Buckley

Home to Woolf’s friend, lover and muse Vita Sackville-West, Sissinghurst Castle stands in the grounds of one of the finest gardens in England. Inspiration for Woolf’s revolutionary ‘Orlando’, described by Vita’s son Nigel Nicholson as ‘the longest and most charming love letter in literature’, Vita became infatuated with Virginia after meeting her at a party in 1922. This initial infatuation slowly grew into a decade-long love affair between the two authors.

Vita, who was a garden writer for the Observer, and her husband, the author and politician Harold Nicholson, created the perfectly-manicured garden in the 1930s and it became unintentionally famous through Vita’s writing. The garden was innovative for its time, flowing like a set of interconnected rooms with different themes, and wonderfully showcases Vita’s gardening talents.

Today the Grade I listed garden, as well as its farm and buildings, are owned by the National Trust and thousands of visitors flock here yearly to explore the glorious garden ‘rooms’ and impeccable planting.