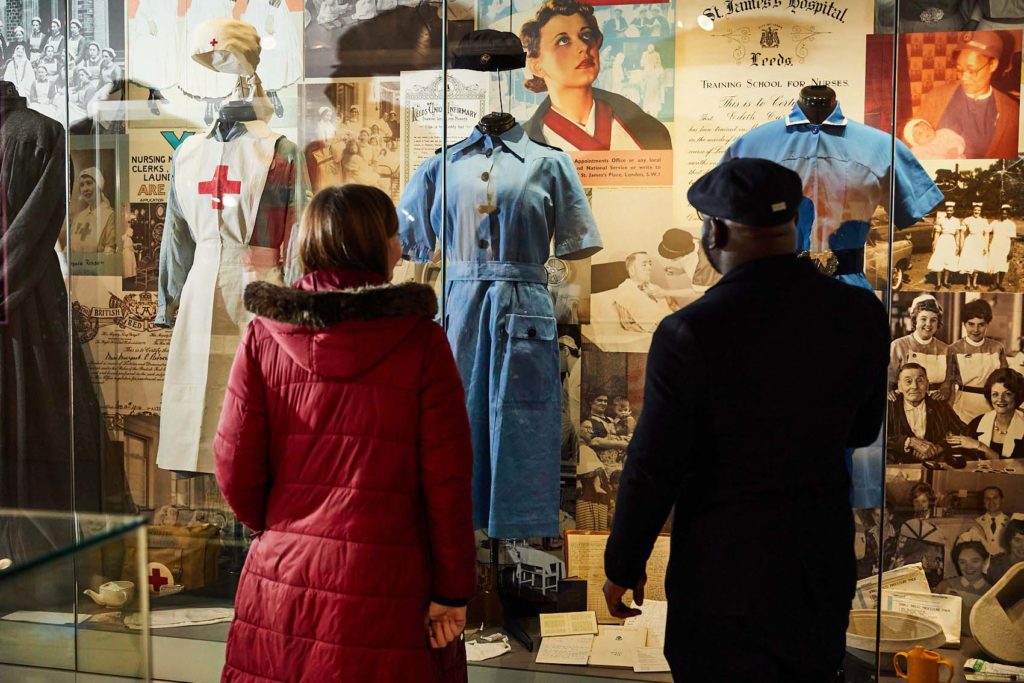 Thackray Museum of Medicine in Leeds, one of the UKs most significant medical museums, plans to finally open its doors for reopening on May 17 in line with government guidance.

As part of an extensive £4 million redevelopment the museum has worked with over 230 people and 25 organisations across two years to create 11 galleries that offer a playful, shocking, even macabre but always thought-provoking visitor experience at a time when healthcare couldn’t be more relevant.

The 11 new galleries explore the stories of the people and medical innovations that have changed our lives. Here’s a taster of some of the objects awaiting visitors. 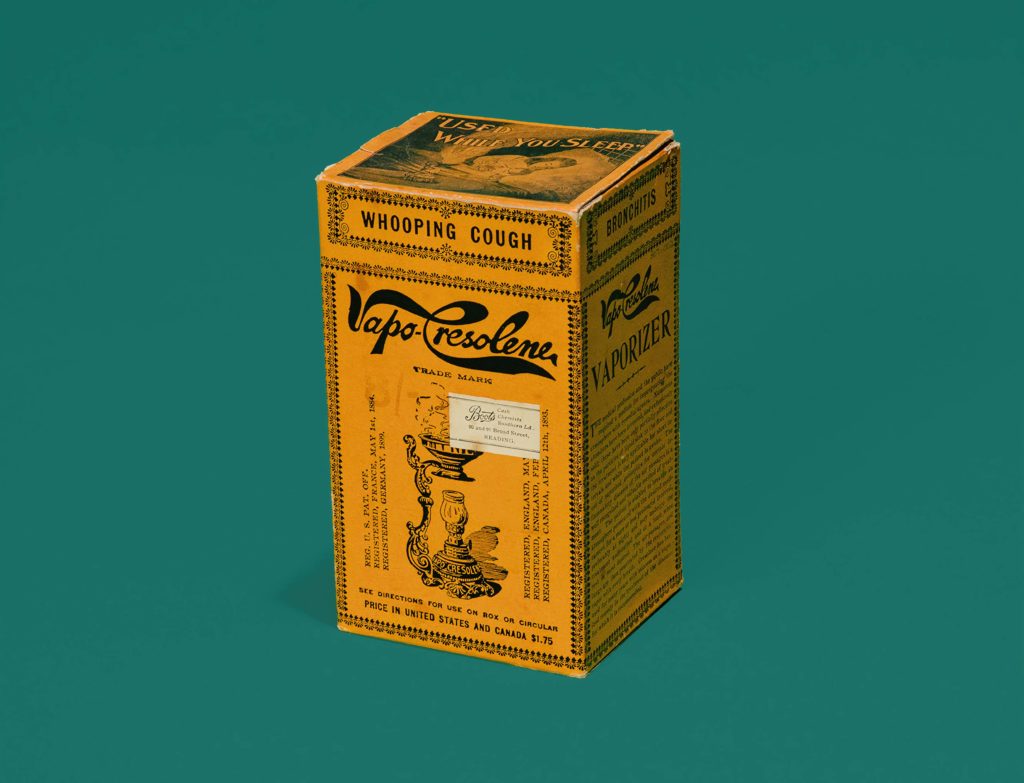 The solution in this vaporiser is a by-product of coal tar in a sticky liquid form. The solution would be vapourised over a lamp lit with kerosene over-night. Sold before regulation became commonplace Vapo-Cresolene was one of many products which claimed to cure loads of ailments without much (or any) evidence.

The packaging of the bottle says it can be used to cure: whooping cough, spasmodic croup, nasal catarrh, colds, bronchitis, coughs, sore throat, pneumonia, the paroxysms of asthma and hay fever, the bronchial complications of scarlet fever and measles – and as an aid in the treatment of diphtheria and certain inflammatory throat diseases.

However, if used improperly, it could cause quite a bit of harm. For example, swallowing it could be lethal and cases of near poisonings were reported in poorly ventilated rooms. In 1908, the American Medical Association concluded that the product was a sham, yet it remained popular right up until the 1950s. 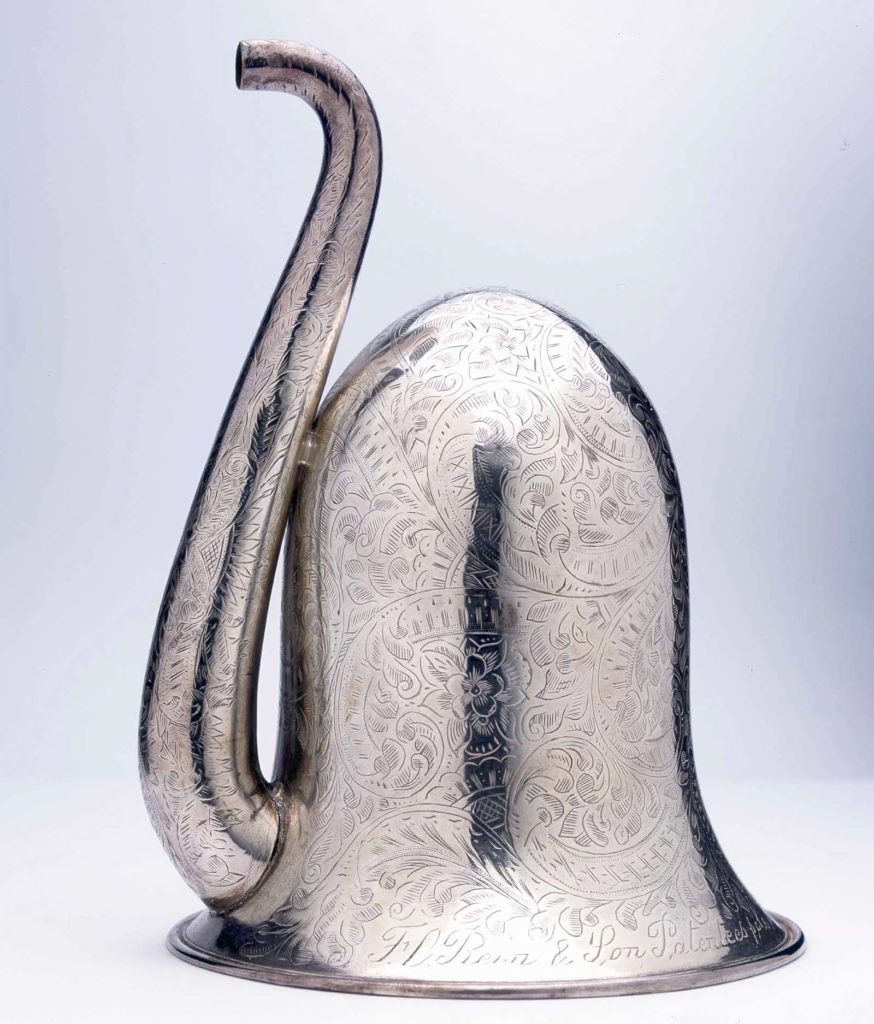 This hearing aid was made by Rein and Sons, a famous hearing aid manufacturer. Based in London they made often high-end and bespoke devices including this silver engraved acoustic hearing dome for Queen Victoria.

It was made some time between 1870 and 1890 as the Queen’s hearing deteriorated towards the end of her reign. As well as using this ornate hearing aid she learnt sign language as her daughter in law, Princess Alexandra, was deaf – and the queen believed she should be able to communicate with an many of her subjects as possible. 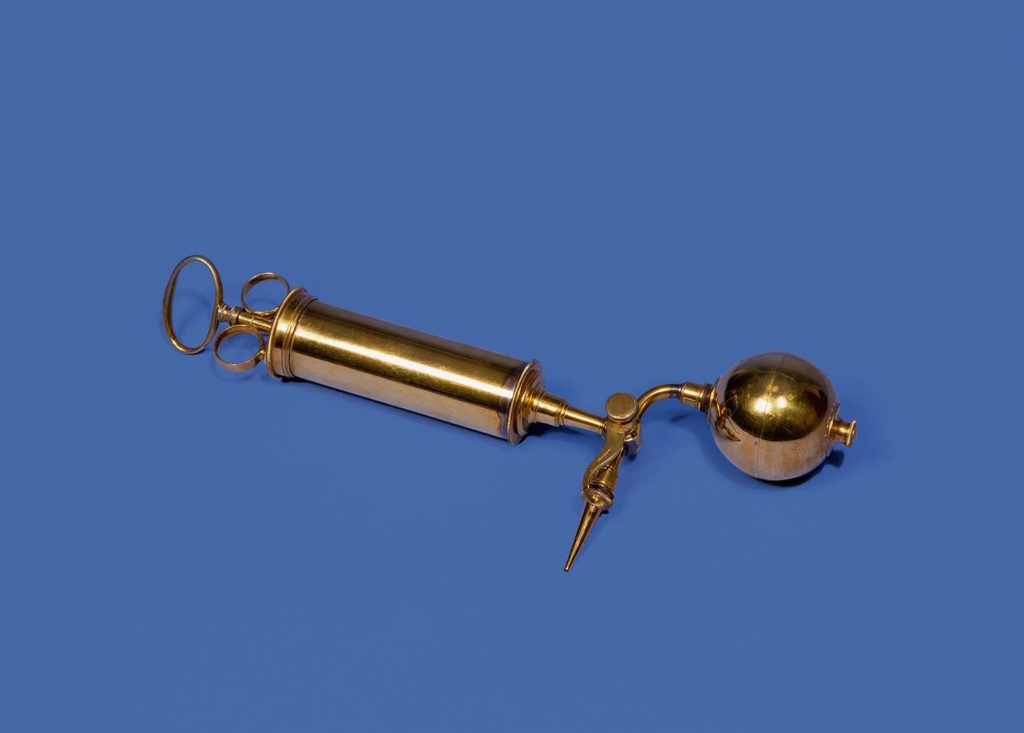 Dating from the 1860s this tobacco enema pipe is a literal tool to “blow smoke up one’s arse.” Tobacco is a stimulant and its warmth and stimulation was initially used in western medicine to treat “apparent death”, for example when someone had drowned, as a method of revival.

By the time this pipe was produced the practice of reviving drowned people with smoke in their rectum had passed, so this one was more likely used to treat hernias, constipation or convulsions.

This metal man, affectionately known as “Norman” by museum staff, was created around 1665 and is attributed to Angelo Carlesco. It was produced by an armoury and is a bit of a show piece of all the supports and correctional devices that could be made for the human body form metal. 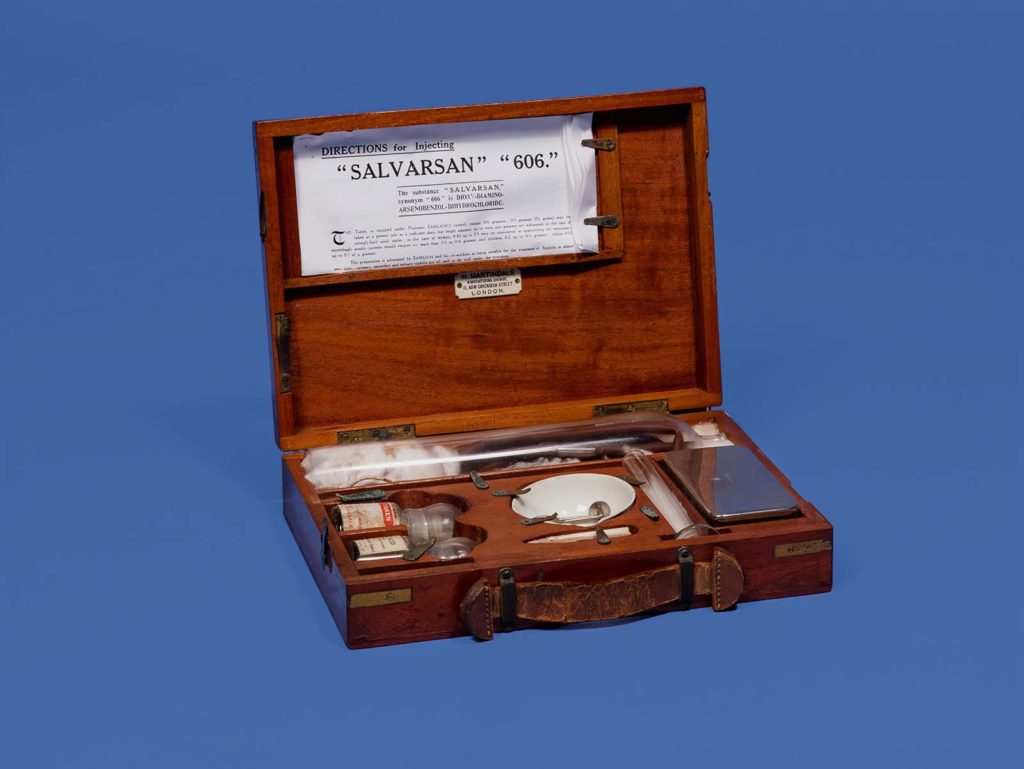 Salvarsan was the first effective treatment for syphilis and the first antimicrobial agent to be discovered. Syphilis is a sexually transmitted disease which when left untreated can cause, amongst other things, madness, decay of cartilage and death.

Historically syphilis was treated with mercury which was ineffective and could poison the patient. Salvarsan was discovered in the 1910s and was called compound 606 because it was the sixth in the sixth group of compounds synthesized for testing by its discover Paul Ehrlich. Hailed as a “magic bullet”, it was a revolutionary new drug. 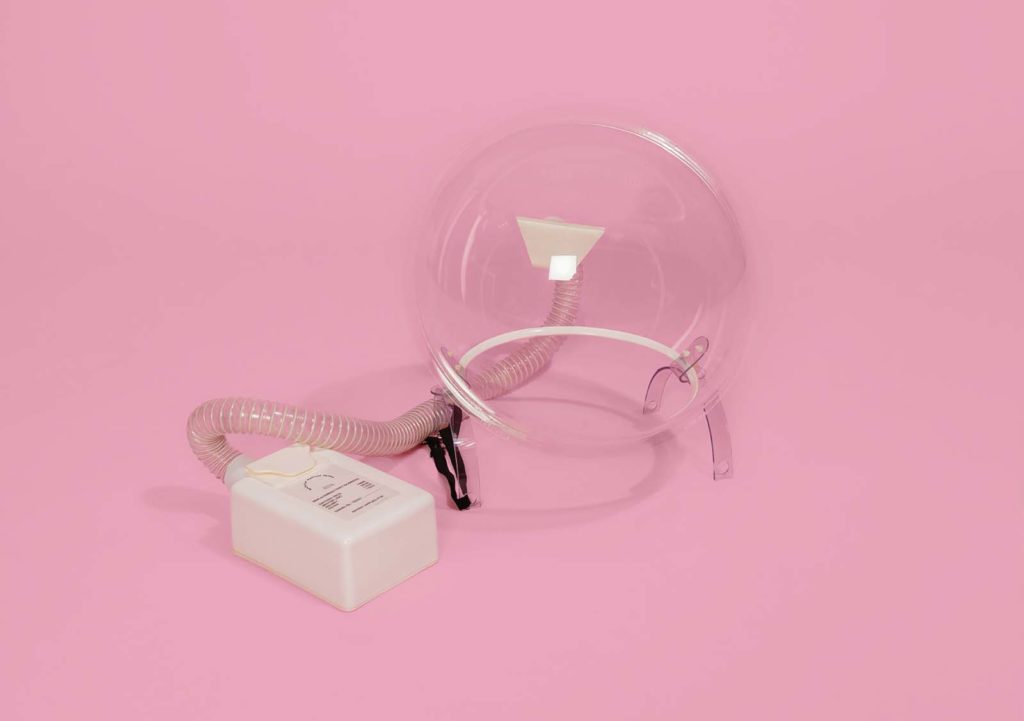 The donor saw this hay fever helmet advertised in a local newspaper, he purchased it in 1986 when his wife was pregnant as she suffered badly with hay fever but didn’t want to take medication whilst pregnant. Designed to be worn over the head and rest on the wearer’s shoulders whilst filtering the air inside, it was only worn a few times by its owner. 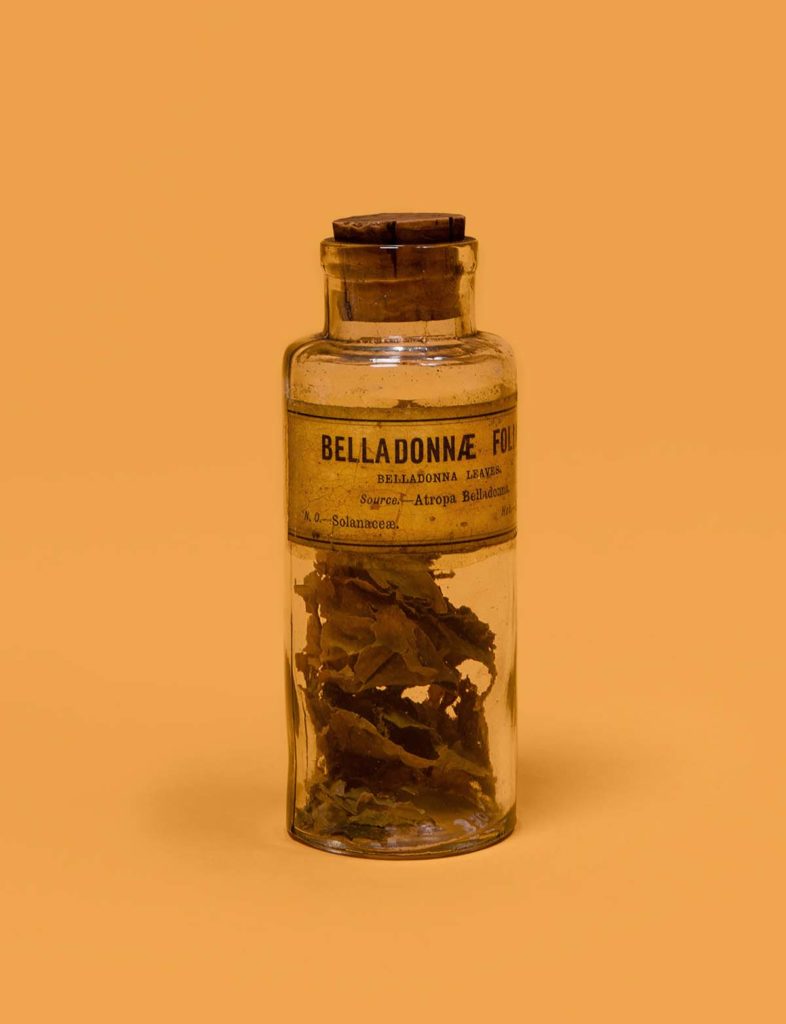 (Atropa) Belladonna or deadly nightshade is a poisonous plant. It is not usually recommended as something to ingest but it has and is sometimes used in medicines or sedatives including as a pain killer, for motion sickness, colic, inflammatory bowel diseases, Parkinson’s disease or to stop bronchial spasms in asthma or whooping coughs.

It was also used in drops by women to dilate their pupils to make them look doe-eyed and attractive. This often led to blindness and is not recommended! 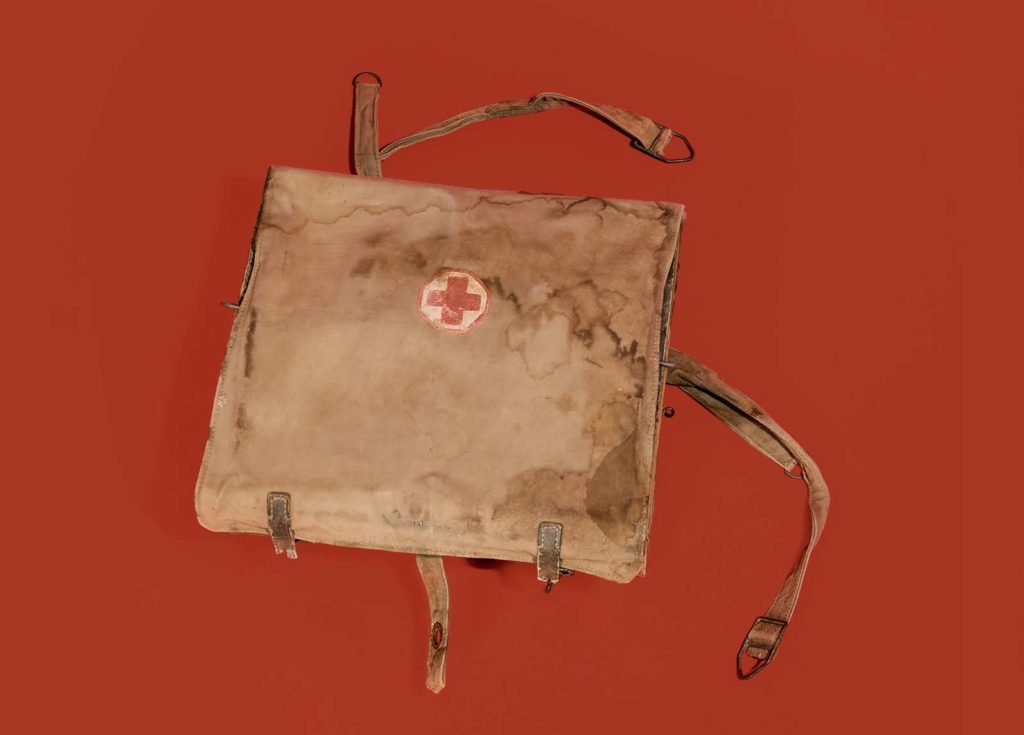 This Medical Kit belonged to a doctor called Ibrahim Mohammed El-Moghraby. El-Moghraby had qualified in England in 1928 and was one of the first Sudanese doctors to graduate in the UK. In 1935 Mussolini’s fascist army invaded Ethiopia and during the Second World War a combined British and Sudanese force fought for Ethiopian independence from the Italian occupation.

El-Moghraby became a military doctor in this army which helped to liberate Ethiopia and pave the way for the restoration of the exiled Emperor, Haile Selassie, who gave this kit to El-Moghraby as thanks for his work.

Thackray Museum of Medicine re-opens on May 17 2021 in  line with the government roadmap for re-opening museums and other public venues. Follow the details below or see thackraymuseum.co.uk for more information.

Immerse yourself in our imaginative and exciting galleries, from the history of healthcare to the advances that have shaped the way we look after ourselves, and each other. Wander through the grimy streets of Victorian Leeds, watch gruesome operations taking place in our 19th-century operating theatre, visit a seventies-style sexual…