Joe Hill, Director of Eastbourne’s Towner Art Gallery, selects his favourite eight artworks that will be exhibited at London Art Fair 2019 (16-20 January) as part of the exhibition ‘A Living Collection’ 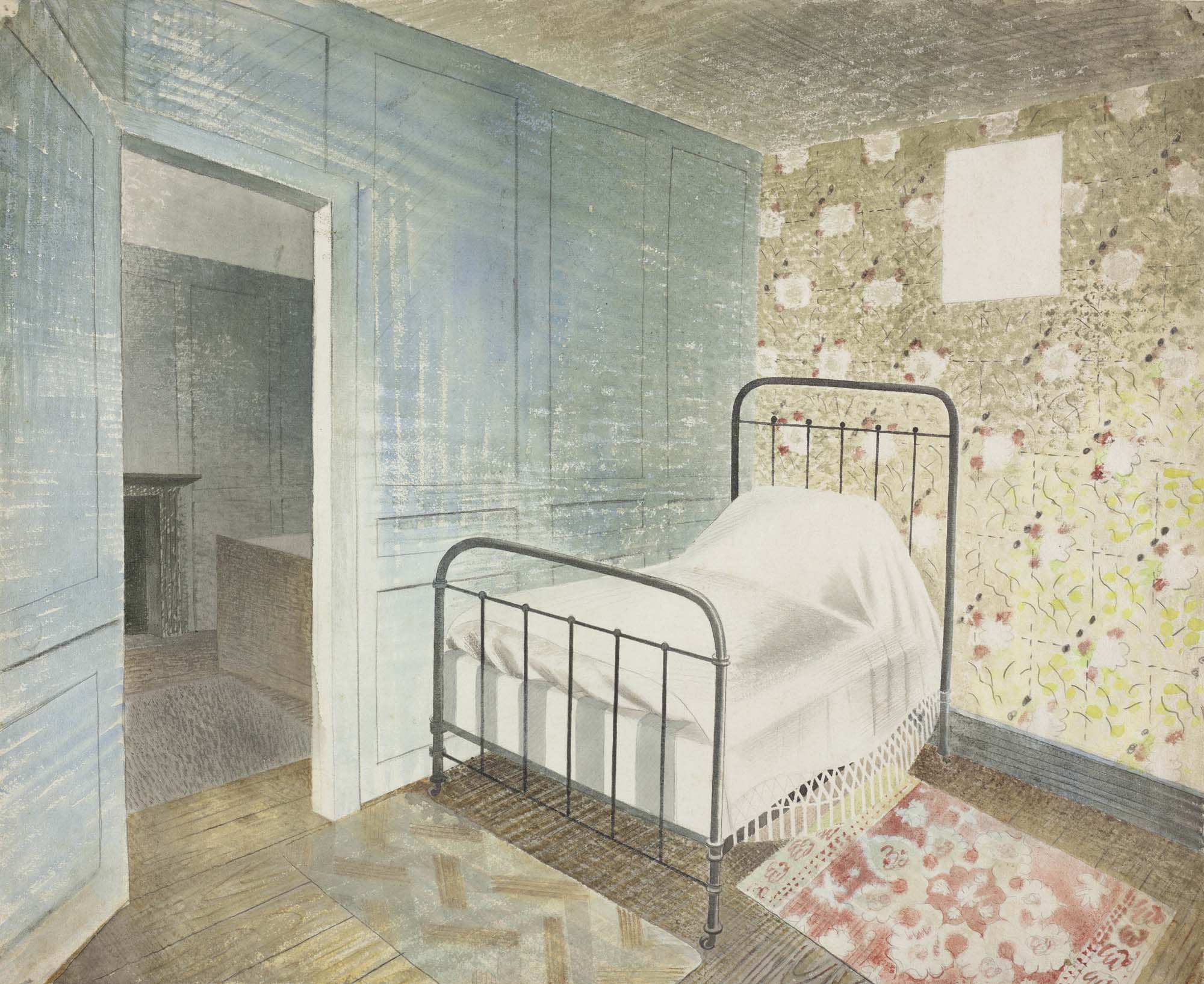 Towner’s collection includes the largest public collection of work by Eric Ravilious (1903 – 1942). Ravilious grew up in Eastbourne and lived and worked in Sussex.

Many of his much-loved landscapes are of the countryside around the gallery and people visit Towner from all over the country to enjoy his work in our dedicated Ravilious Room (which we are expanding in January 2019) and to see the landscapes that inspired him. The Bedstead is one of Ravilious’ rarer interior works, painted in the first year of the Second World War, which would later claim his life.

(All will be revealed at London Art Fair)

To create a link between the mid-century works in Towner Art Gallery’s collection and contemporary artists, we’re delighted that Paul Hamlyn Awards for Artists 2018 recipient, Becky Beasley, has agreed to create a specially commissioned wallpaper for our exhibition at the fair. In 2007, Becky examined in depth Ravilious’ The Bedstead in a conceptual installation for her 2017 exhibition, OUS, at Towner. The show explored her ongoing interest in specific qualities raised by Ravilious’ practice: space, flatness, light, abstraction and nature, as well as his creative friendships, across six room installations.

Edward Bawden, The Boy, Eric Ravilious in his Studio at Redcliffe Road , 1929

A really interesting feature of our collection is the fact that an important group of artists who are well represented in it were more than contemporaries, but were great friends, meeting at art school in London and later working, living and painting together in Sussex and elsewhere.

These friendships were explored in our 2017 exhibition Ravilious and Co. and one of the closest relationships was that of Eric Ravilious and Edward Bawden. This affectionate portrait, which shows a young Ravilious at work in his London studio reflects part of this extensive network, which also included John Nash, Enid Marx, Douglas Percy Bliss, Tirzah Garwood, Thomas Hennell, Barnett Freedman, Diana Low and Helen Binyon. Looking at this work and considering the friendship between these two artists, it strikes me as so sad that while Ravilious was killed at such a young age, Bawden lived on for many years. Apart from this human tragedy, it also makes me wonder how Ravilious’ work would have changed had he lived, working and growing as an artist alongside his friend.

I’m fairly new to Towner, and to Eastbourne, having joined the team as Director in March 2018. This contemporary depiction of Beachy Head is just one of many works featuring the town’s iconic landmark from our collection. Since moving to Eastbourne, I’ve been inspired by the landscapes of the Seven Sisters and the South Downs National Park, and we’re constantly looking at ways that we can ground our work in Eastbourne, and Sussex which has long been a place of inspiration and refuge for artists.

Towner is proud of its reputation for exhibiting 20th century artists whose work and personal influence has, despite an initial impact on the art world at the time, been overlooked or neglected. During the research for Ravilious & Co , it became apparent that John Nash, the lesser known brother of Paul Nash, was one of the most interesting artists who had been unjustifiably overlooked. This view was supported by feedback from our visitors who were keen to see more of Nash’s work.We will present a major show on Nash in Autumn 2020 to address a significant gap in his exhibition history, contextualising his life and work within the history of early and mid-20th century English art. 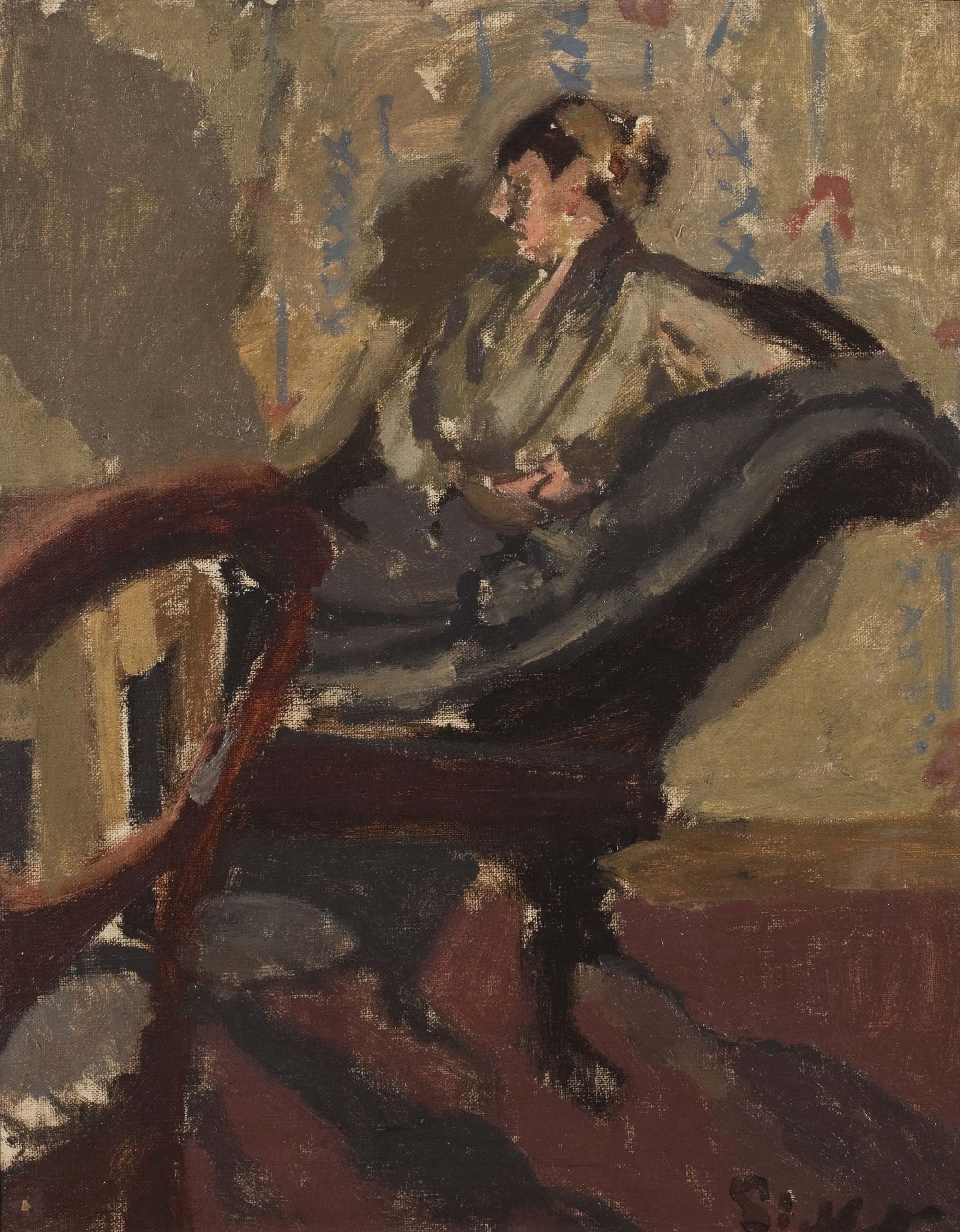 I’ve always been a fan of Sickert and I’m drawn to the dark painterly nature of this work, which is also being shown in the collection display that I’m curating at London Art Fair, opening in late January 2019. This work joined our collection in 2009 as part of a large gift. At a time when all galleries are working to ever-tighter budgets, gifts like this one are becoming increasingly important as a means of allowing public collections like ours to grow and evolve.

Rather unfairly, Tirzah Garwood is often referred to as ‘the wife of Eric Ravilious’. In reality, she is a very accomplished artist in her own right, adept in many different mediums, and had a recognisable influence on Ravilious’ work. Many of our visitors were delighted to discover her work and find out more about her story in our 2017 exhibition Ravilious & Co. Through continuing to exhibit and champion her work, we hope to play our part in affording Tirzah the recognition that she rightly deserves. 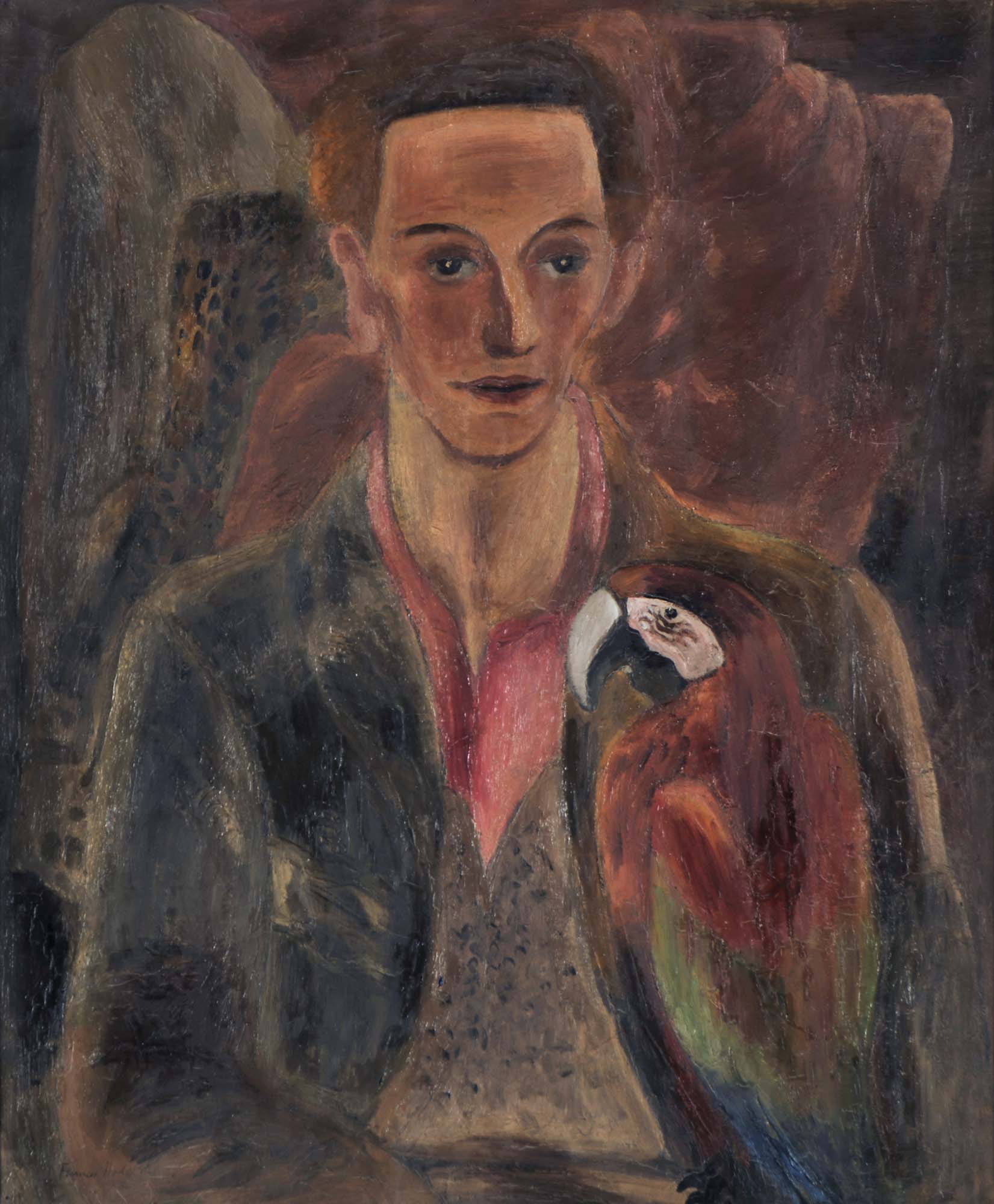 Hodgkins’ portrait of her friend Cedric Morris is a work that, like Bawden’s, captures a special creative relationship between two artists. This work was bequeathed to Towner in 1971 by Lucy Carrington Wertheim along with over fifty other works from her collection. This was the largest single gift given to the gallery and included works by Christopher Wood, Alfred Wallis, Frances Hodgkins and Phelan Gibb. Wertheim was a great supporter and patron of these artists and many others, and vehemently believed that modern British artists should have the same opportunities as their European counterparts. In February 2020 Towner will explore Wertheim’s contribution to the gallery through a major exhibition re-uniting these works with others from her collection.

You can see the Towner Collection at London Art Fair from January 16 – 20 2019. See more at www.londonartfair.co.uk/museum-partner/