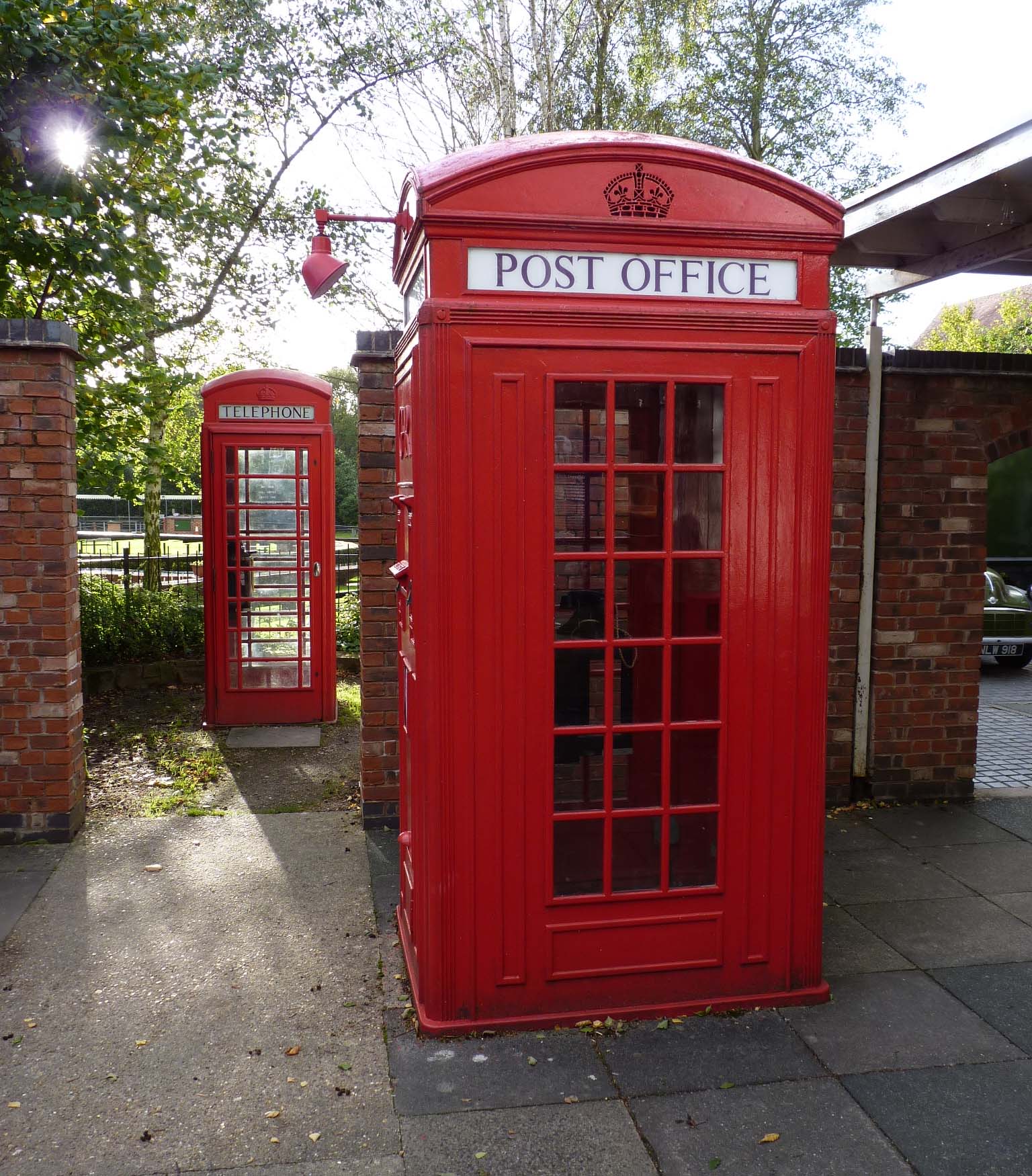 Nick Sturgess, Head of Collections and Interpretation at Avoncroft Museum, takes us through their wonderful collection of K telephone boxes dating from the 1920s through to the 1980s

The telephone box is as much an icon to Britain as the Houses of Parliament. But the history of these boxes, or kiosks to give them their proper name, is much more interesting than the casual observer may think.

Early phone kiosks were strange devices that were more like garden sheds than the phone boxes we think of today. These came in multiple shapes and sizes and often looked like decorative Arbours with thatched roofs and stained glass. Others simply looked like sheds.

There was some standardisation that followed. The National Telephone Company (NTC) had three types of kiosks known now as the ‘Norwich’, ‘Birmingham’ and ‘Wilson’ patterns. We are fortunate enough at Avoncroft to have the last known ‘Norwich’ Kiosk which is currently awaiting conservation.

Of interest to note is that lots of these boxes required payment to enter, and some even had attendants!

In 1912 the General Post Office (GPO) took over the operation of phone boxes and started the process of complete standardisation. The first of the K series of kiosks appearing in 1920. 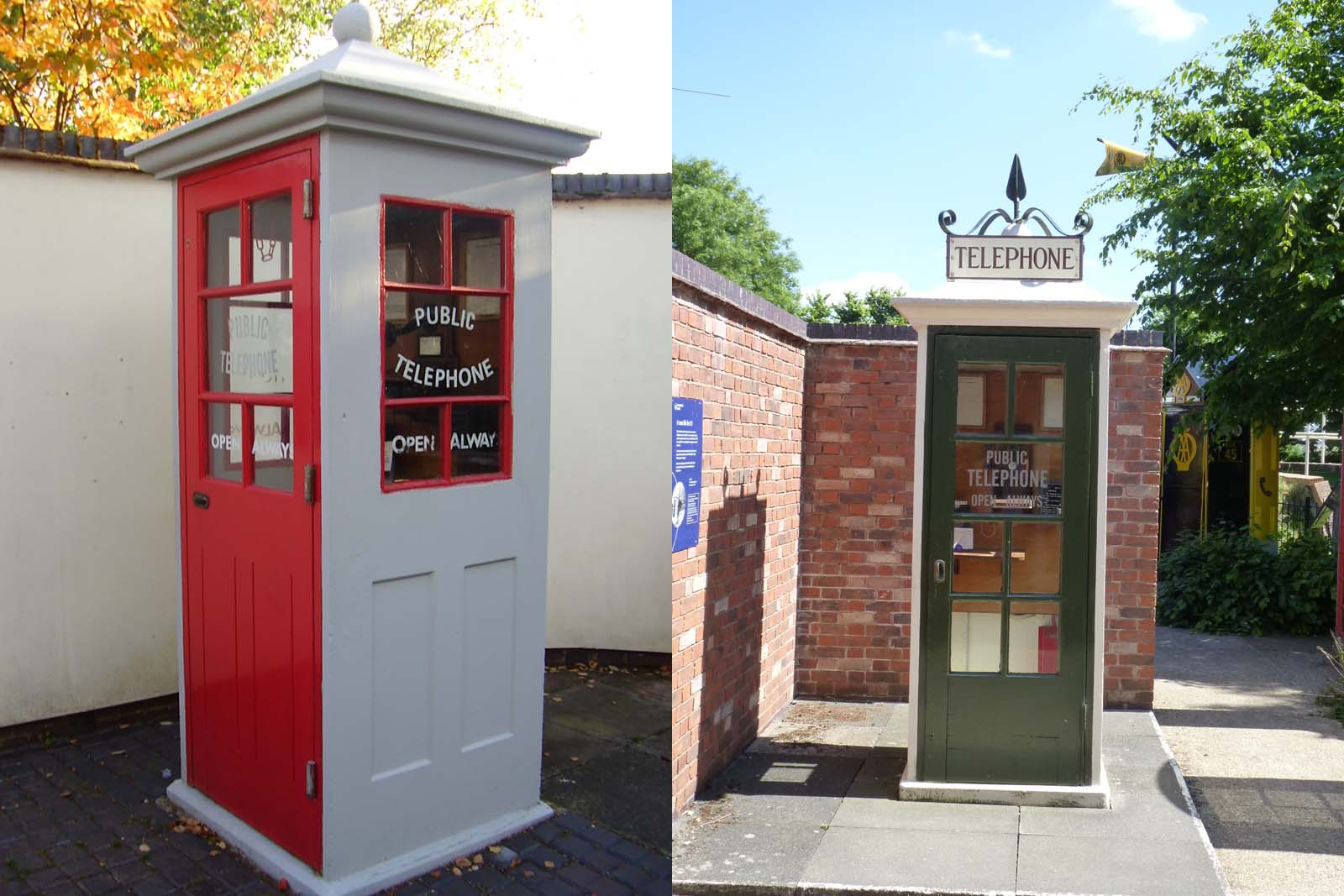 The K1 was the first GPO built kiosk. Constructed of three concrete panels with a wooden door and a pyramid style roof that was topped off with a ball it wasn’t a huge depature from the earlier ‘Birmingham’ pattern box. Three version were made, the differences being the windows on the side!

It is interesting, or amusing, to point out that some local authorities insisted that the phone boxes blended into the surroundings: Eastbourne decided that two K1 kiosks required ungainly thatched roofs! 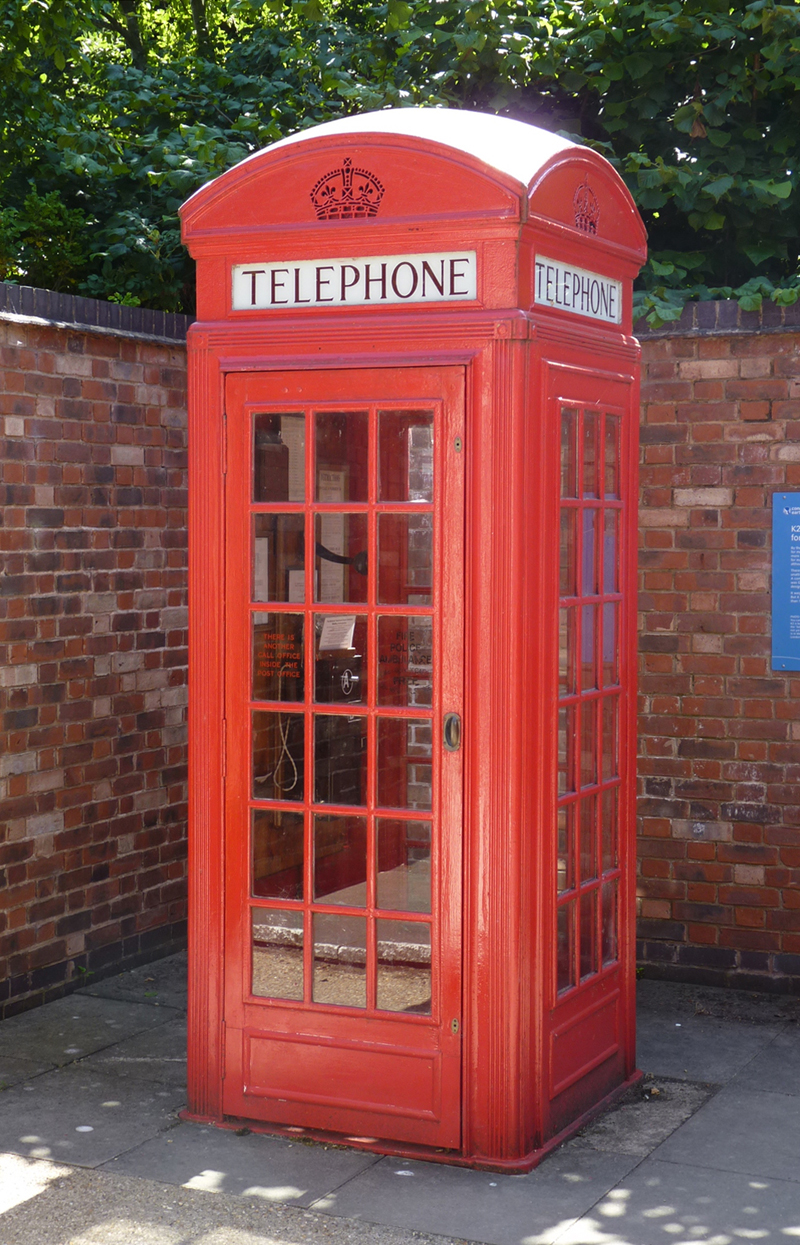 The K1 was not overly popular and in 1924 a design competition was held to design what would be designated the K2. The winner was one Giles Gilbert Scott, who was knighted the same year. His design is first time a phone kiosk starts to look like the iconic red box.

Made of cast iron with a wooden door and more than slightly classical in design this was the first time kiosks were painted bright red and had the familiar domed roof. The design of the roof is said to have been inspired by the Soane family vault in St Pancras churchyard. 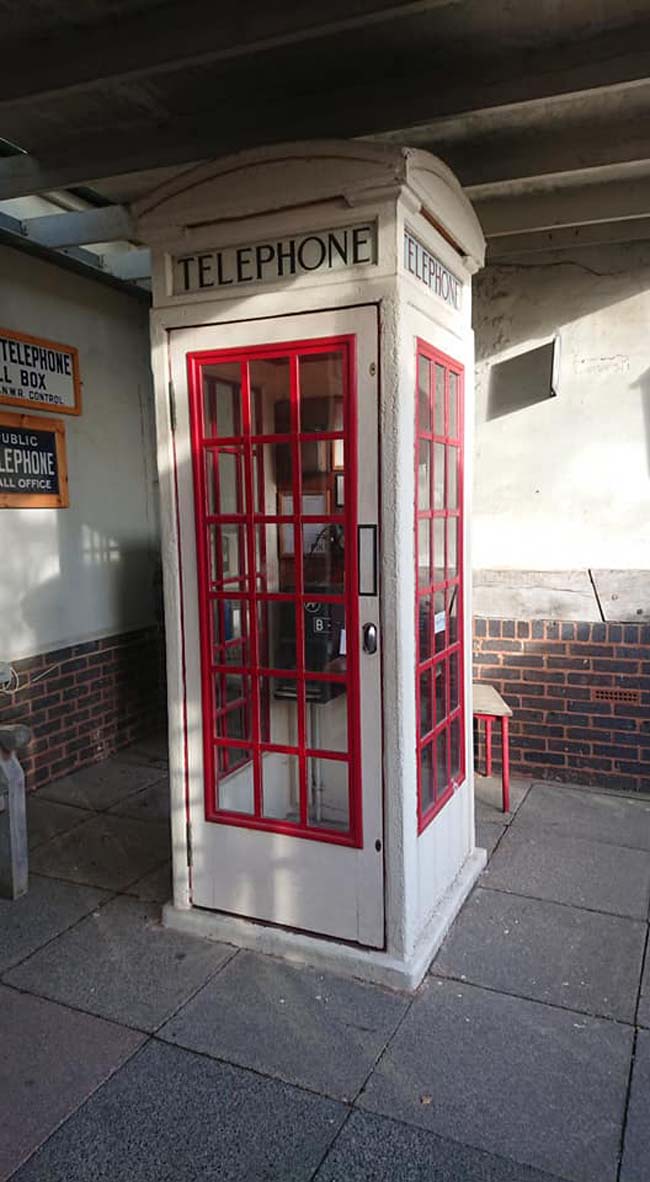 The K2 was, without doubt, expensive and large. Whilst there were some isolated examples of it across the country most were installed in London. A cheaper alternative was sought and the GPO turned again to Giles Gilbert Scott as the designer, although this time they insisted on using cheap concrete.

Much of the look of the K2 was retained in the smaller K3, including the back lit ‘telephone’ signs. K3s though were painted white with red doors and red window surrounds. Few of these unusual kiosks survive now, only four, including the one at Avoncroft, are known to survive. 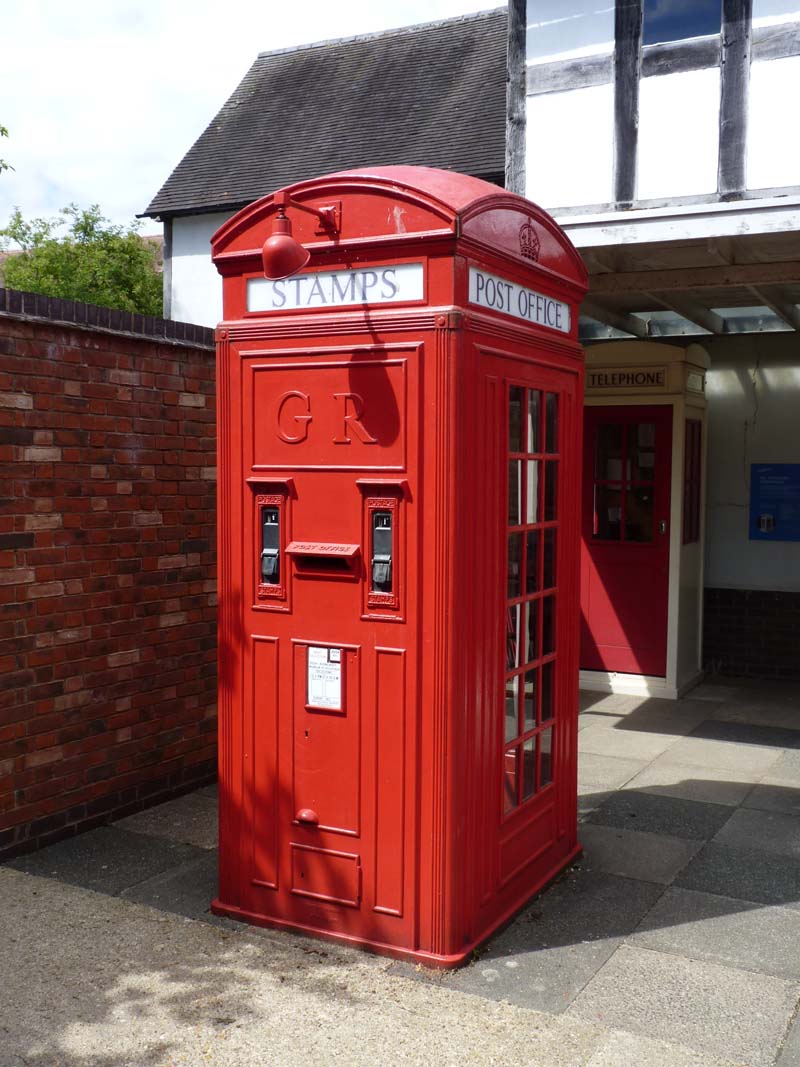 The K4 was an unusual kiosk that performed two roles. Essentially an extended K2 in design and construction it was introduced in 1927 with a rear section, behind the phone, holding a stamp dispensing machine and a post box.

Thus the K4 was essentially a mini Post Office and the thought was that it would prevent the need to open more sub-post offices. It was however both enormous and difficult to site with access needed for all four sides it couldn’t go against a wall and equally took up most of the pavement, prompting complaints. 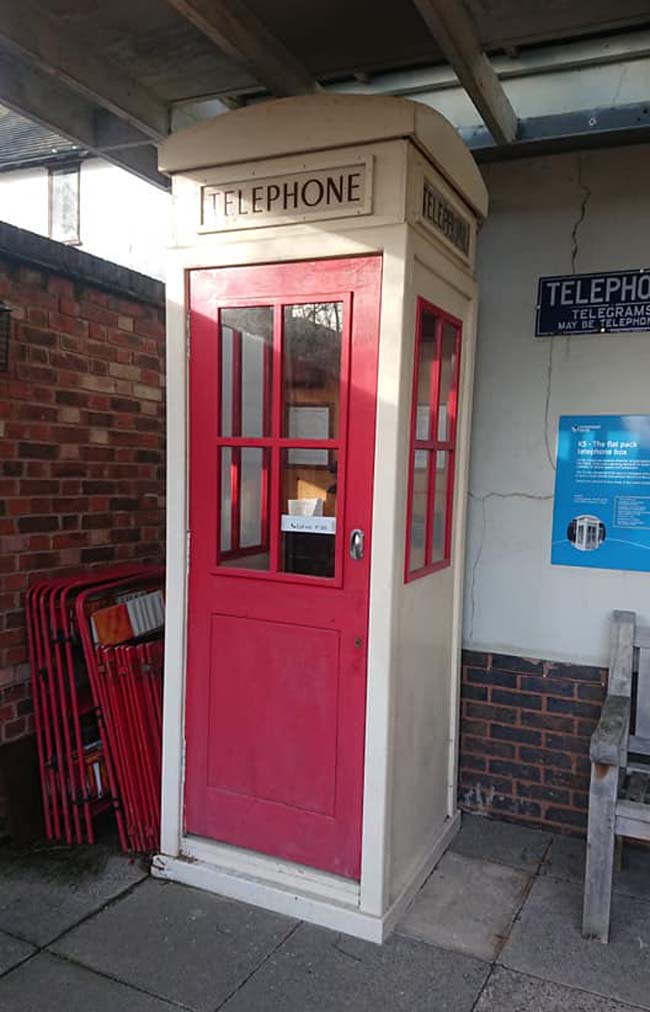 The K5 was not like the other kiosks but had a family resemblance in its design, particularly to the K3. It wasn’t designed to stand at a street corner but was intended to be erected in buildings for exhibitions and events as a temporary feature. Therefore it is probably the only pop-up phone box that has ever existed.

Made predominantly of plywood it came in seven pieces and could be packed into three cases. Unfortunately no K5s survive. A replica of this fascinating bit of history is in our phone kiosk collection at Avoncroft. 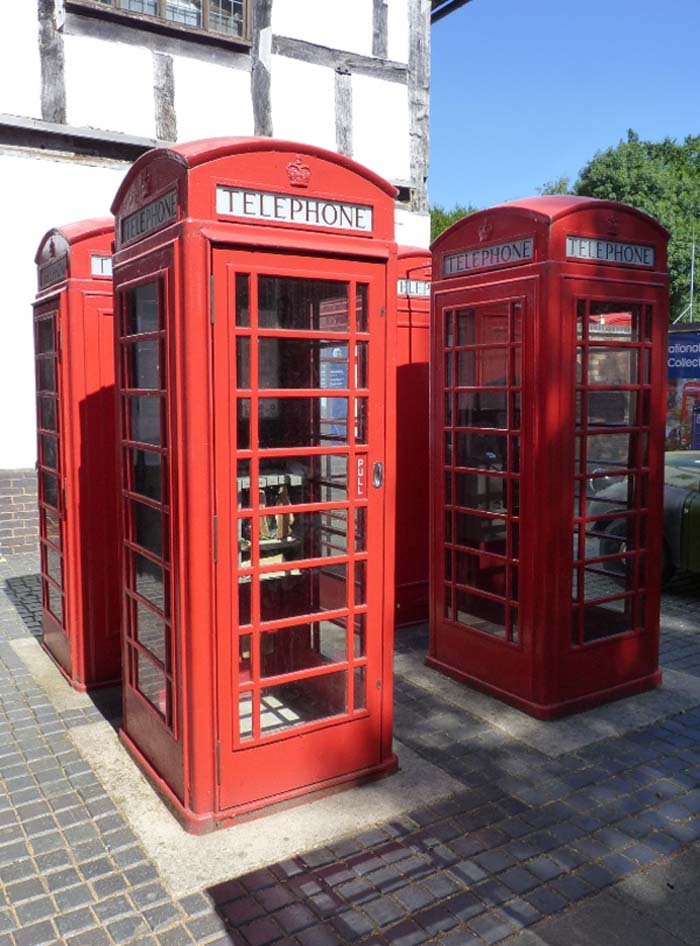 The cast iron K2 proved that this material was more durable than the easily broken and stained concrete used on the K3. There was still no standard kiosk that could be used throughout the country and King George Vs Silver Jubilee in 1935 prompted the GPO to try again at standardisation.

Again the architect was Giles Gilbert Scott, who was tasked with making a K2 that was the size of a K3. The result was the K6, the first kiosk that could be found in both big cities and tiny hamlets.

It is the K6 that is the typical phone box, the one that you are certain to have seen at some point in your life. The classical look of the K2 was scaled back slightly for this smaller version, but there remain many similarities.

The use of crowns on the K6s is also of note. When new they featured the Tudor Crown of King George VI, a motif that changed to St Edwards Crown when Elizabeth took the throne. Even more intriguing though is that in Scotland this could be replaced by the Scottish Crown. 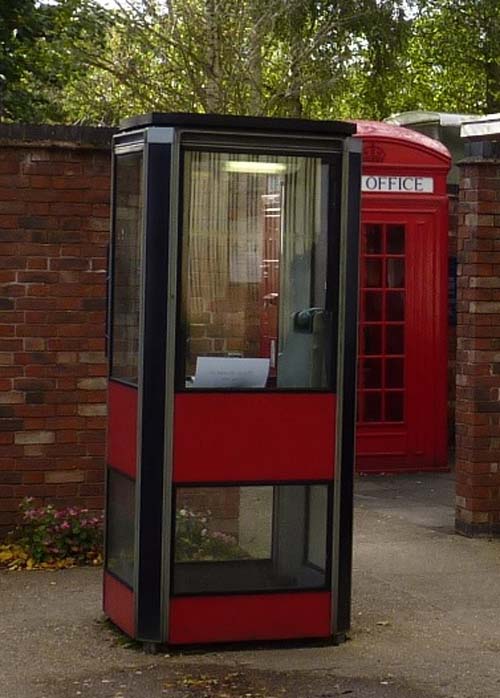 The K6 achieved its aim as a standardised kiosk design for the UK. No new design was produced at all through the 1940s or 1950s but by the 1962 the GPO started to look at replacing the K6 with a more modern design. Enter the K7.

The look of the K7 is still modern today with its large panes of glass, aluminium and clean lines it is almost as far from the K6 as possible. Six K7s were put into use in London and Coventry but the GPO were put off the design once it became apparently how quickly they weathered! 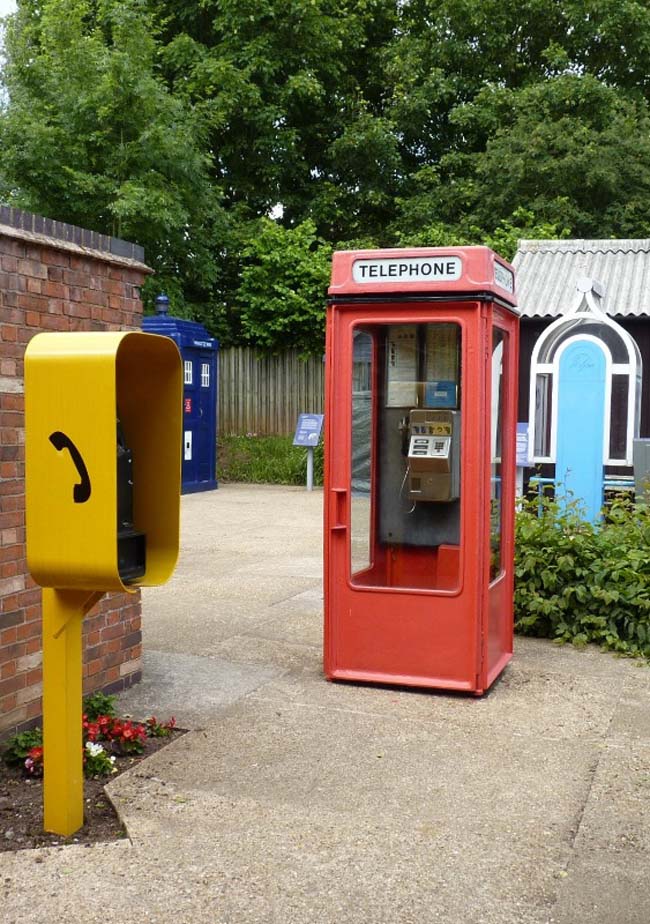 With the K7 not meeting its aims the GPO turned to a competition again to design the next standarised kiosk. The winning design was by architect Bruce Martin and was designated K8.

The K8 was a cast iron icon of the 1960s. Its clean shape was almost space age whilst retaining aspects recognisable from the K6 such as the illuminated ‘Telephone’ signs. The windows were three large glass panes designed to be more vandal proof through giving a better view of the vandal.

The first K8 was installed in 1968 and they soon replaced the K6. However today few survive, despite over 11,000 having been built. 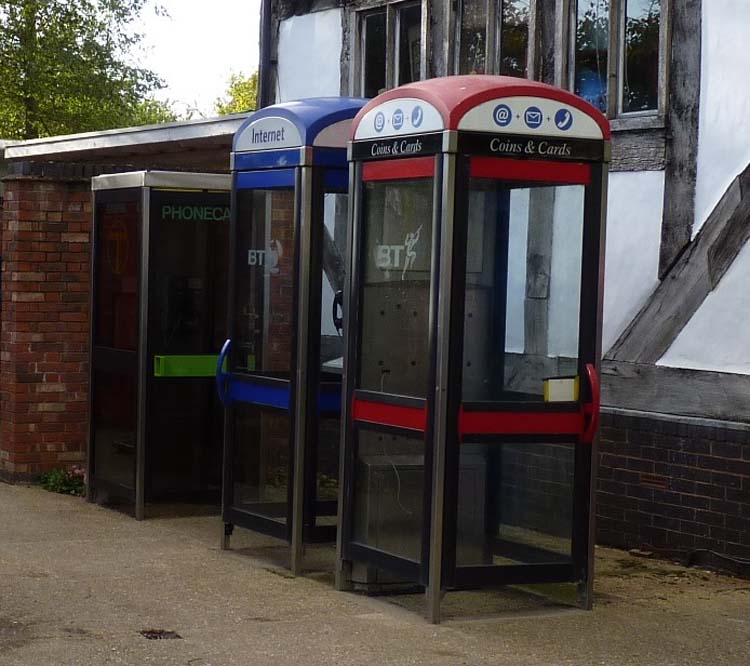 The mid-1980s saw the introduction of the KX100 range of modern kiosks, the last built for what was now BT. With large glass panes and clean lines they looked very similar to the K7 of the 1960s and variants were produced with new ideas such as access for wheelchair users.

The KX100 replaced many K6 and K8 kiosks across the country. Later additions to make them more user friendly included a red coloured trim and a domed roof reminiscant of the K6!

The museum has three KX100s, including a rare blue one that was used for early public internet.

Avoncroft Museum of Historic buildings is an award-winning museum spanning 700 years of Midlands' heritage set in a stunning rural location over 19 acres. Our collection includes a windmill, a Tudor town house and a fully furnished prefab. The museum was England's first ever open-air museum and is no home…

3 comments on “A visual history of the British telephone box”