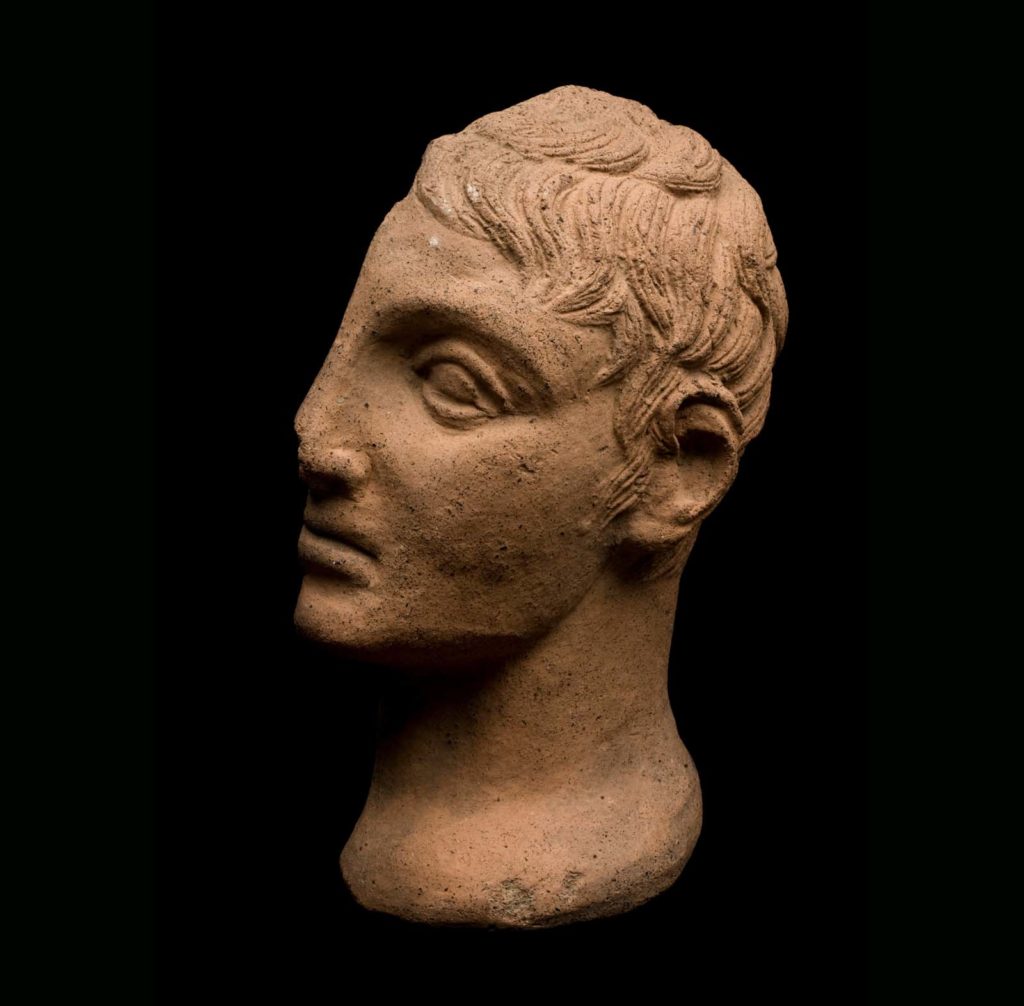 Votive male head, left side only, to be hung on wall, terracotta, probably Roman, 250-100 BCE. Science Museum Group Collection © The Board of Trustees of the Science Museum

Delve into the world of the Greco-Roman anatomical votive offering via the collections of the Wellcome Collection, the Science Museum and the British Museum

Votive offerings have been part of the human relationship with gods and belief from pre-history to the present. Today we might light a candle, a stick of incense, lay a bunch of flowers or in some Catholic churches people still leave a wax body part by way of an offering, but in the ancient world the practice was more wide-ranging, literal and multifaceted.

The ancient Greeks and Romans offered them to a deity to bring good fortune or to grant favours and they were an important expression of their personal relationship with their gods and goddesses. And when it came to matters of health and personal wellbeing, they were often anatomical.

Limbs, breasts, heads, ears, penises, intestines, feet and hands – in fact any body part in need of healing – were all popular anatomical votive offerings in the Greco-Roman period and were often left at the temple of a healing god such as Asklepios, the god of healing and medicine.

If we take the archaeological evidence as proof of proliferation, then the temples, shrines and religious sites of antiquity must have been brimming with these seemingly bizarre representations of body appendages – literally hanging from the walls. 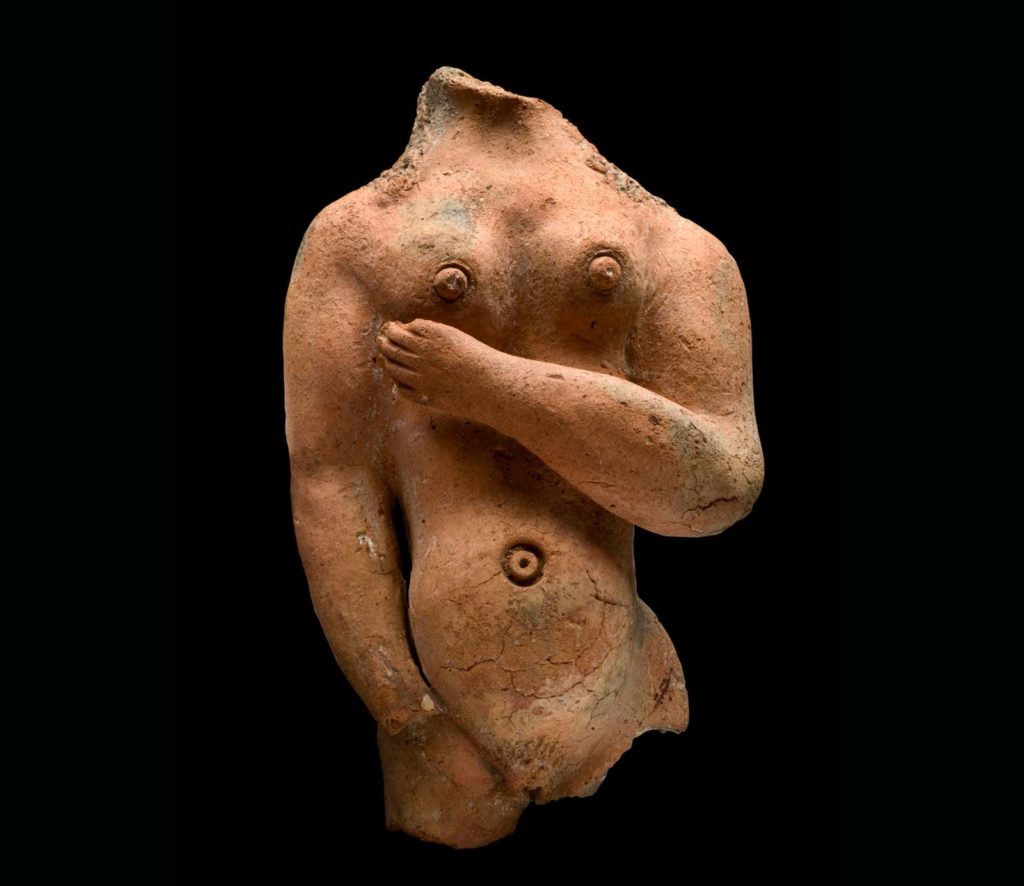 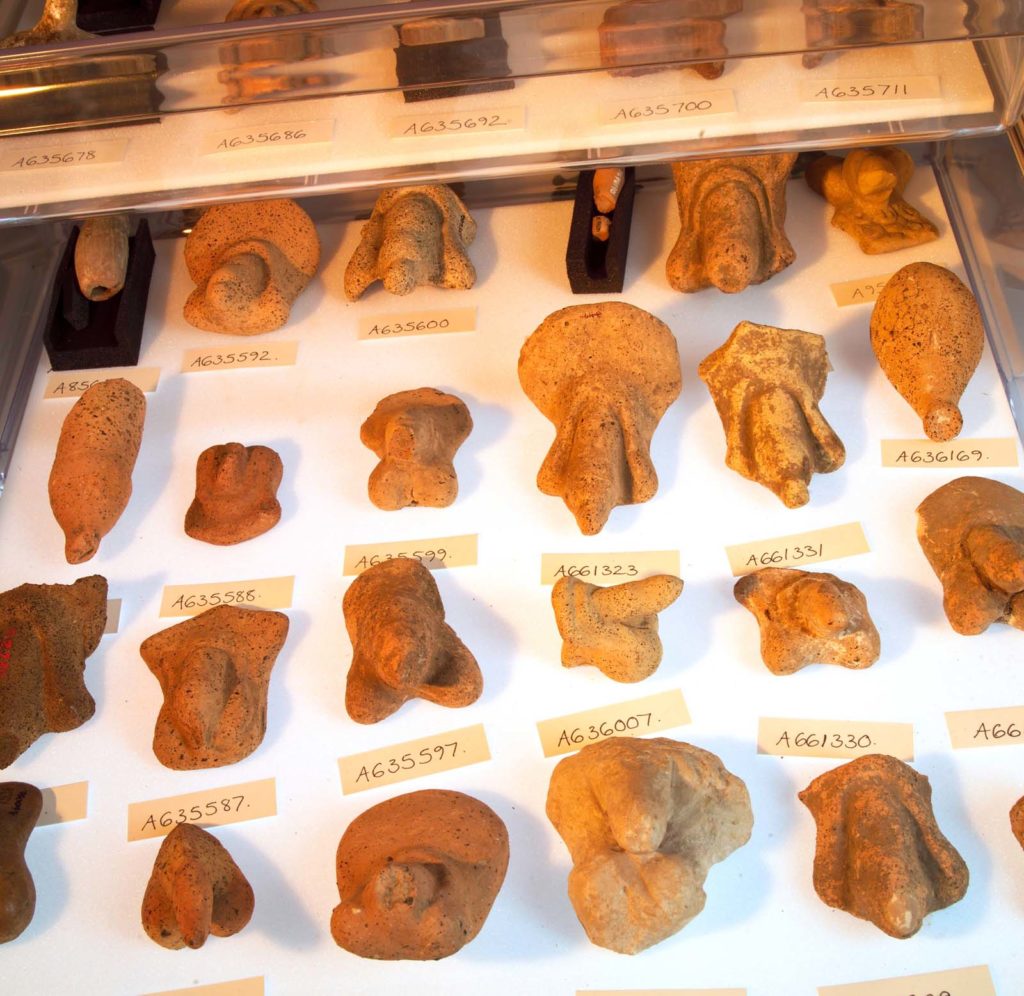 They came in all shapes and sizes… A tray of votive penises at the Wellcome Collection. Creative Commons Attribution (CC BY 4.0) 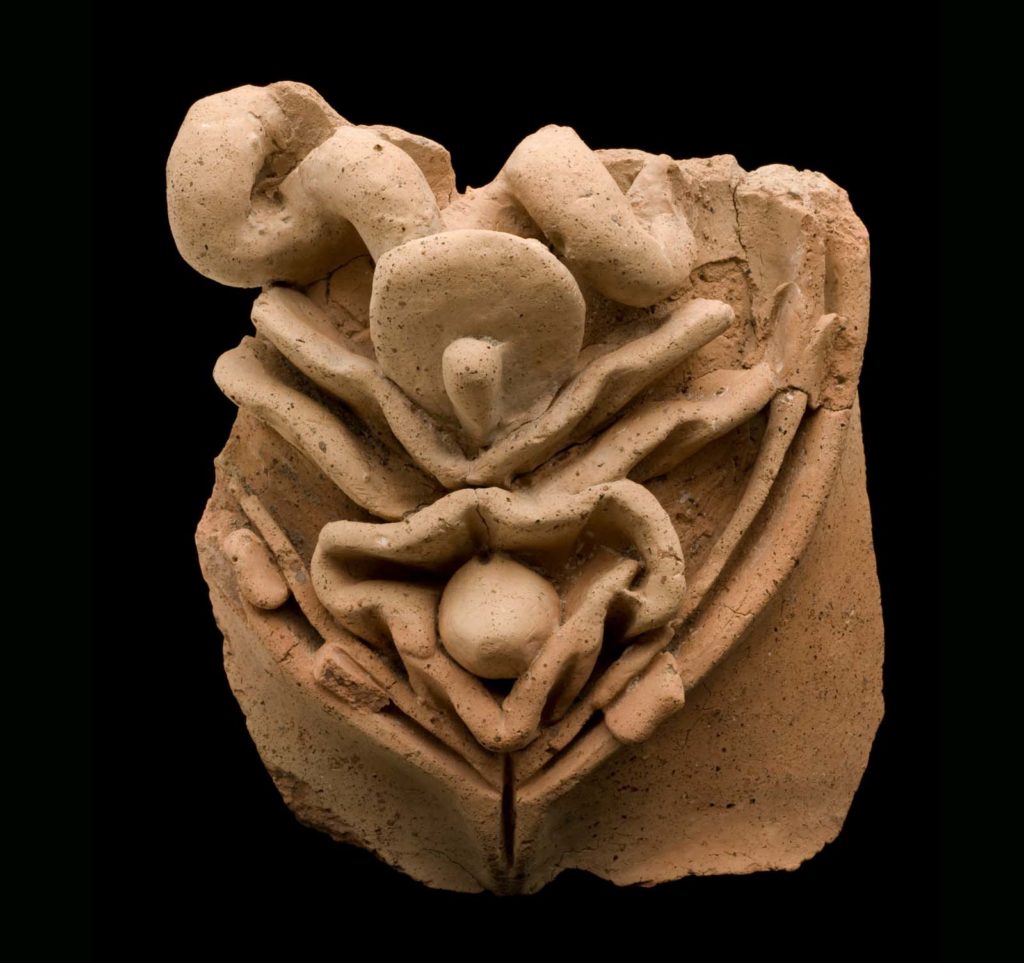 But unlike other kinds of sculptural offerings from the classical world, these votives were rarely accompanied with inscriptions, but were rather literal representations of an individual’s needs cast in clay or carved in marble, made in the hope of receiving a cure or perhaps as thanks for one. And, as museum collections attest, a whole industry must have grown around these anatomical aids to good fortune.

The material they were made from varied – from carved marble and ornately inscribed bronze, to kiln-baked terracotta and clay – and some of them were more common than others.

Votive objects associated with human fertility were very popular and have a long history beyond the Greco-Roman world, but an impressive collection of terracotta penises in the collection of the Wellcome Collection suggests that trouble down below was a common complaint of the ordinary Roman man.

The parallels with today are many, and those with money would seemingly try and make these attempts to cure impotence or infertility a little more effective by commissioning a specially-carved votive sculpture, like the marble penis and testicles in the collection of the Science Museum, or indeed the splendidly carved crop of curls in marble, which may have been a wealthy bald man’s plea for a luxuriant pate of hair.

Votive vulvas and representations of the uterus would also be left at healing sanctuaries and religious sites of the ancient world – possibly as offerings to Juno, the protector of women and childbirth – as a means of securing divine fertility help or protection during birth. 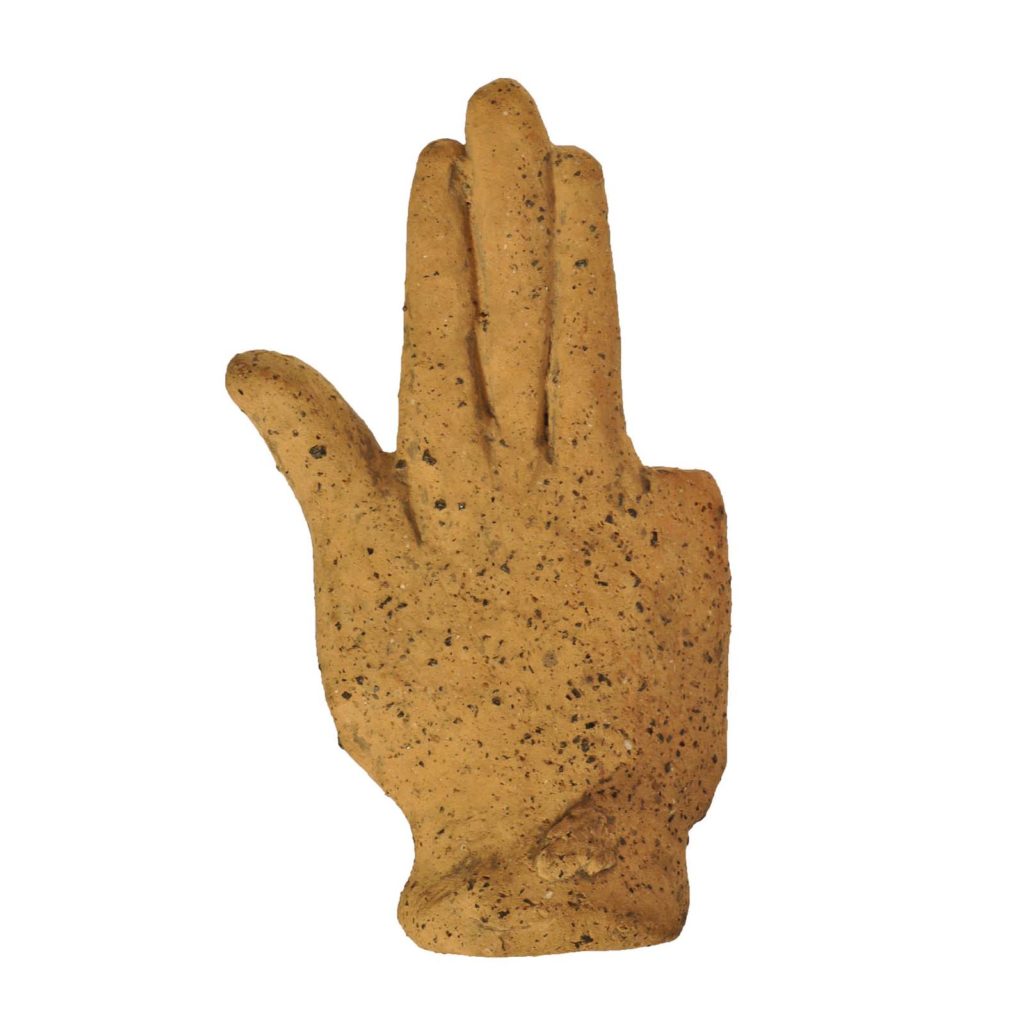 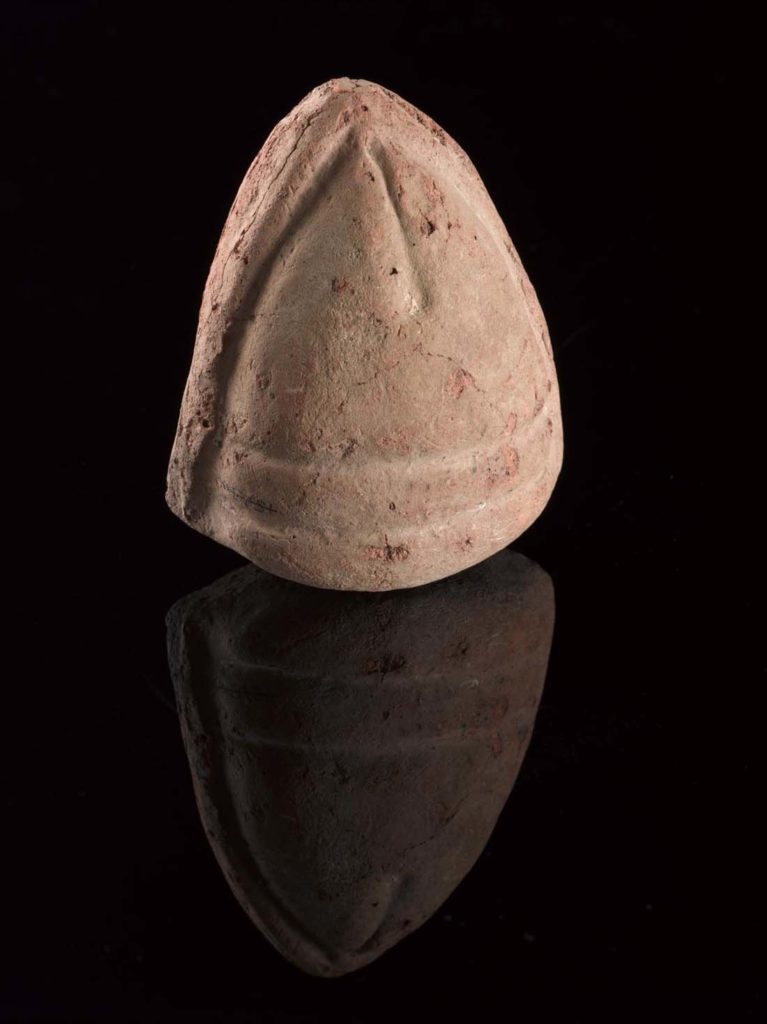 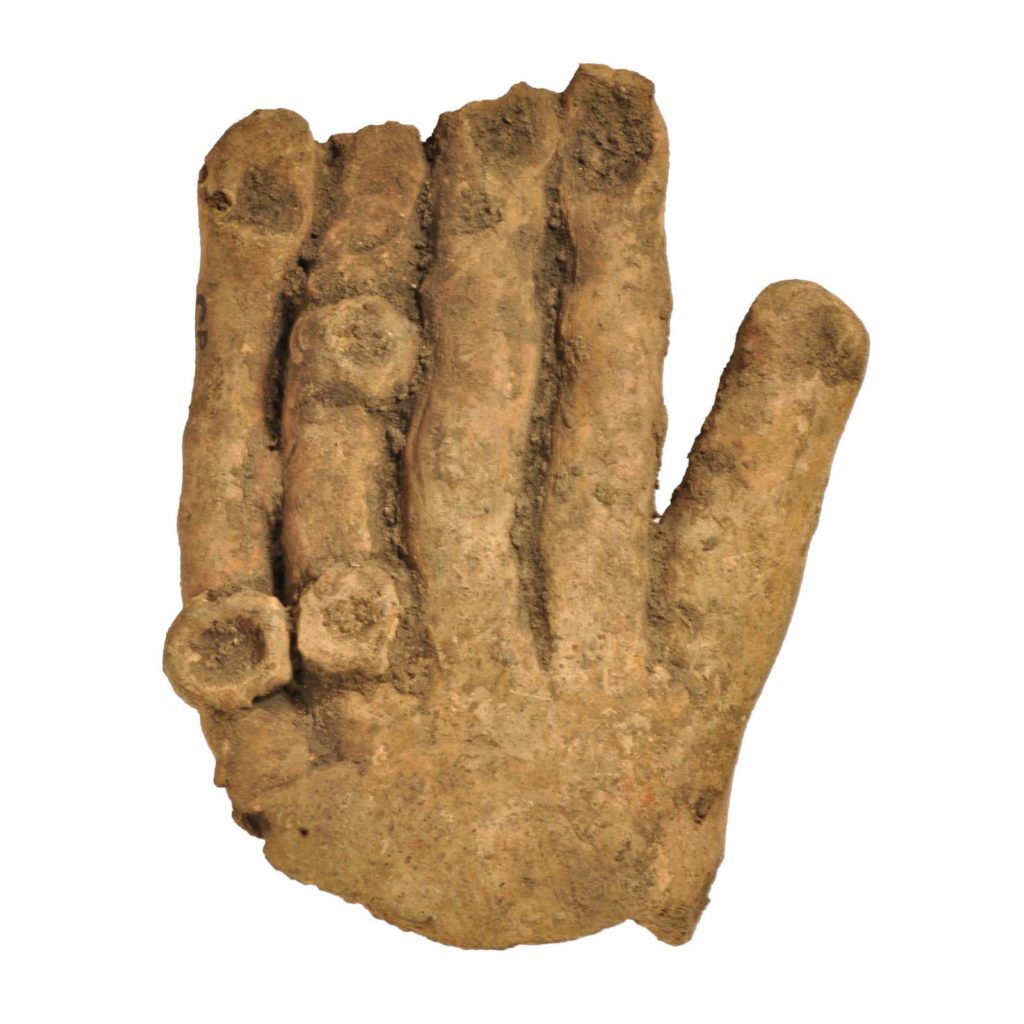 Some Roman women would require a more sophisticated offering, as evidence by the terracotta female torso in the collection of the Science Museum, which is dissected to show the internal organs of the abdomen, especially the intestines, guts and reproductive organs. This object is believed to be part of a much larger votive, suggesting a complex and quite urgent relationship with the gods.

Hands were also very popular in the Greco Roman world and here the votive element might be slightly different. The right hand is traditionally regarded as a powerful symbol of good fortune and thus could be used to secure ongoing good luck, which might explain the proliferation of bronze and plaster model hands in museum collections.

These range from the realistic, possibly modelled on an actual hand in need of healing, to the comical, like the Science Museum’s terracotta hand which they describe as making ‘a prophylactic gesture’.

Other votive objects are easier to deduce – a person’s ear, an intestine or an eye may have been experiencing infection – each of them telling a personal story of a real person from antiquity.

Whatever their stories and meaning, Greco-Roman temples must have been colourful places filled with literal representations of people’s hopes and fears. And although the way people make votive offerings has changed, these ancient objects from centuries ago to remind us of the role faith, prayer and good fortune plays in the face of illness, healing and human frailty. 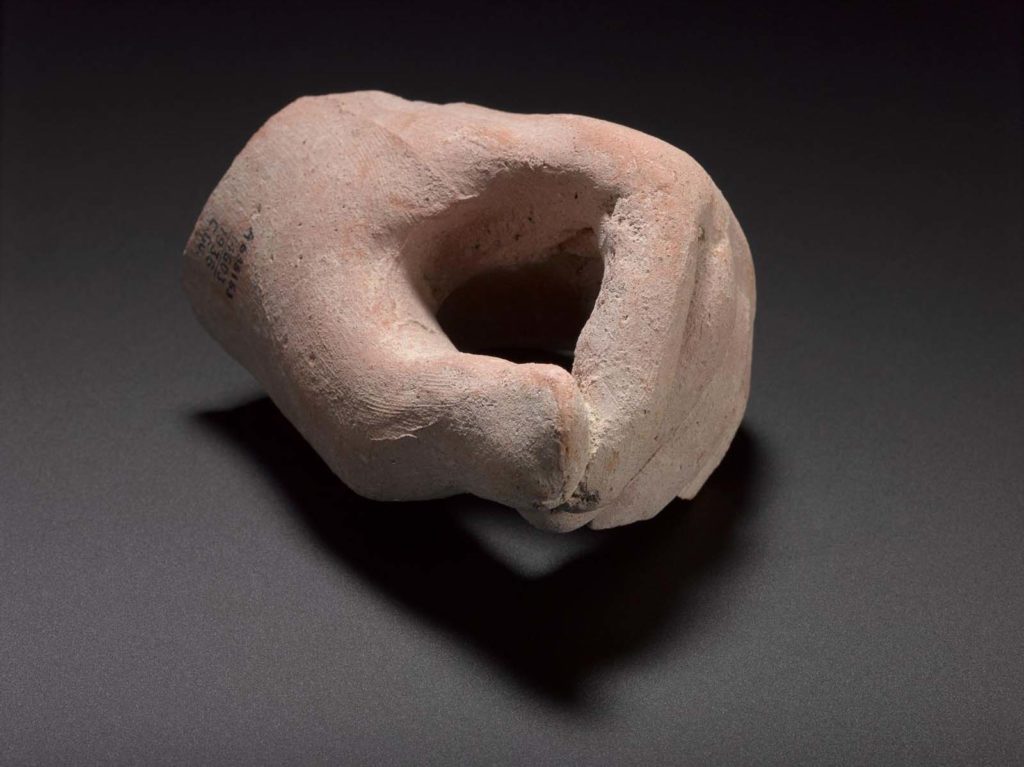 Votive left hand, broken at wrist, possibly making a prophylactic gesture, terracotta, solid, Cyprus, 500BC-100BC. © The Board of Trustees of the Science Museum 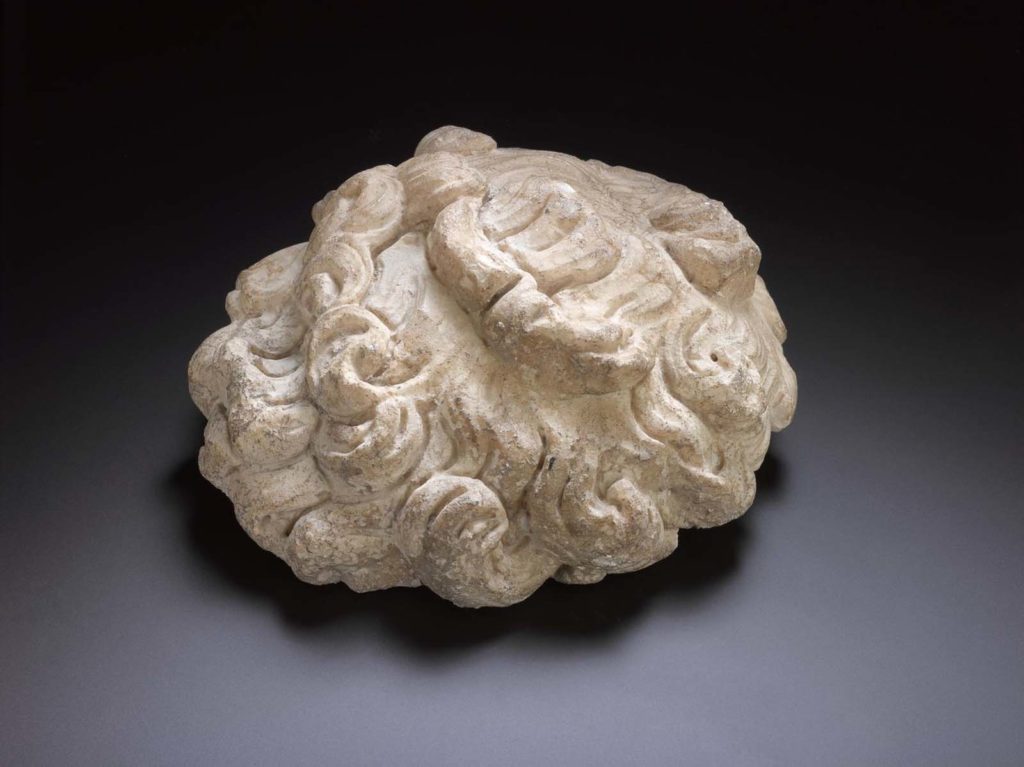 Votive hair, carved from marble, probably Roman, 200BC-400AD. Hung in temple or shrine to promote growth of hair on bald pate. Science Museum Group Collections. © The Board of Trustees of the Science Museum, London 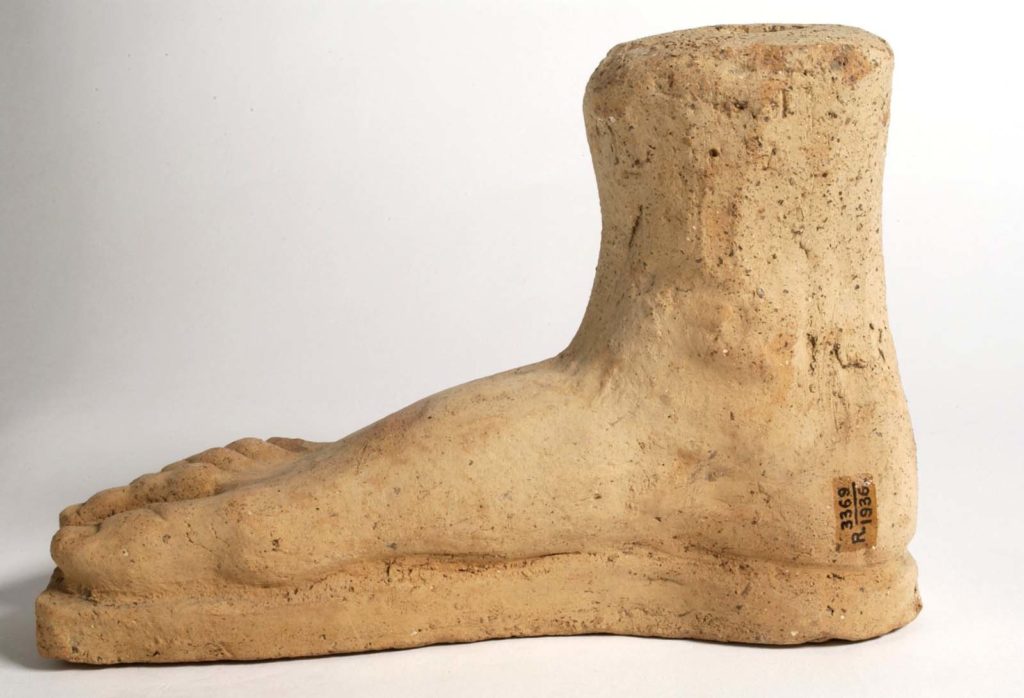 Delve a little deeper into the world of votive offerings with the Votive Project at thevotivesproject.org