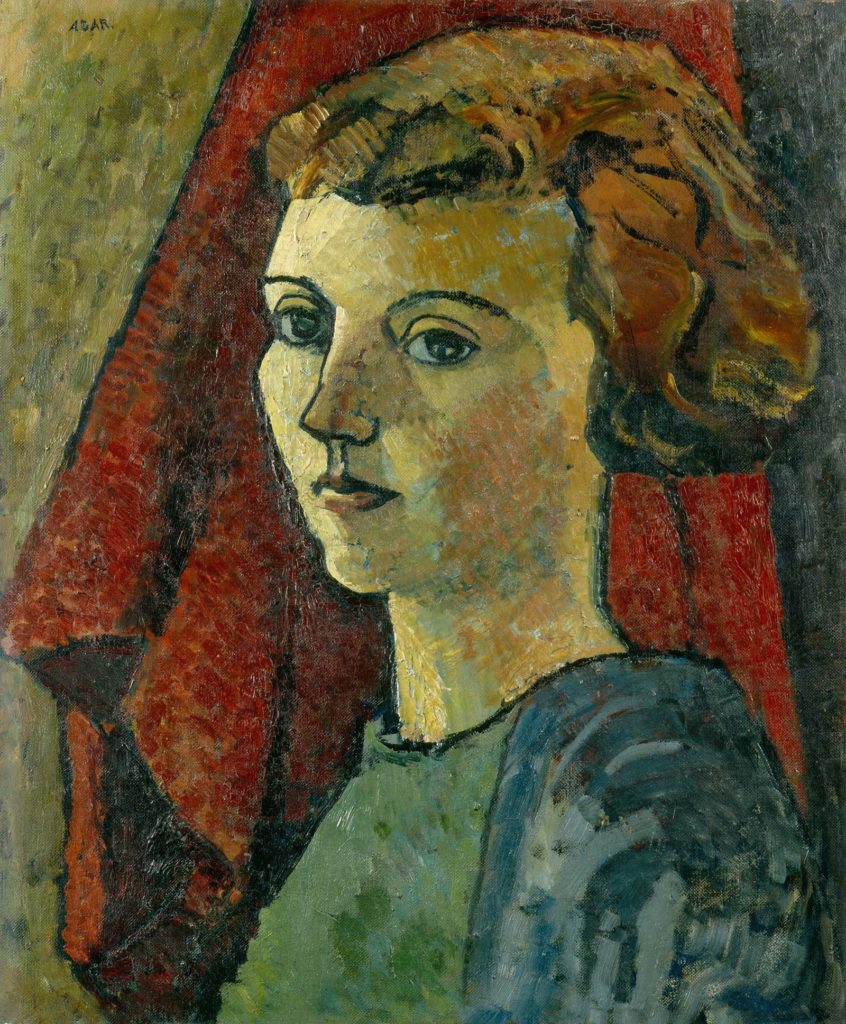 Little wonder, then, that the Whitechapel describes this welcome retrospective as a celebration of the “crucial role that Agar played within the development of European twentieth century culture” – and they have amassed over a 100 objects to make their case.

Eileen Agar: Angel of Anarchy features an impressive collection of paintings, collages, photographs, assemblages and archive material, much of which has been rarely exhibited, to explore how Agar synthesised elements of two of the twentieth century’s most significant artistic tendencies: Cubism and Surrealism.

The surrealist tag was one she always refuted, developing a personal style that whilst surreal in some ways was always shot through with wit whilst offering a moving commentary on society over a period of tremendous social change. 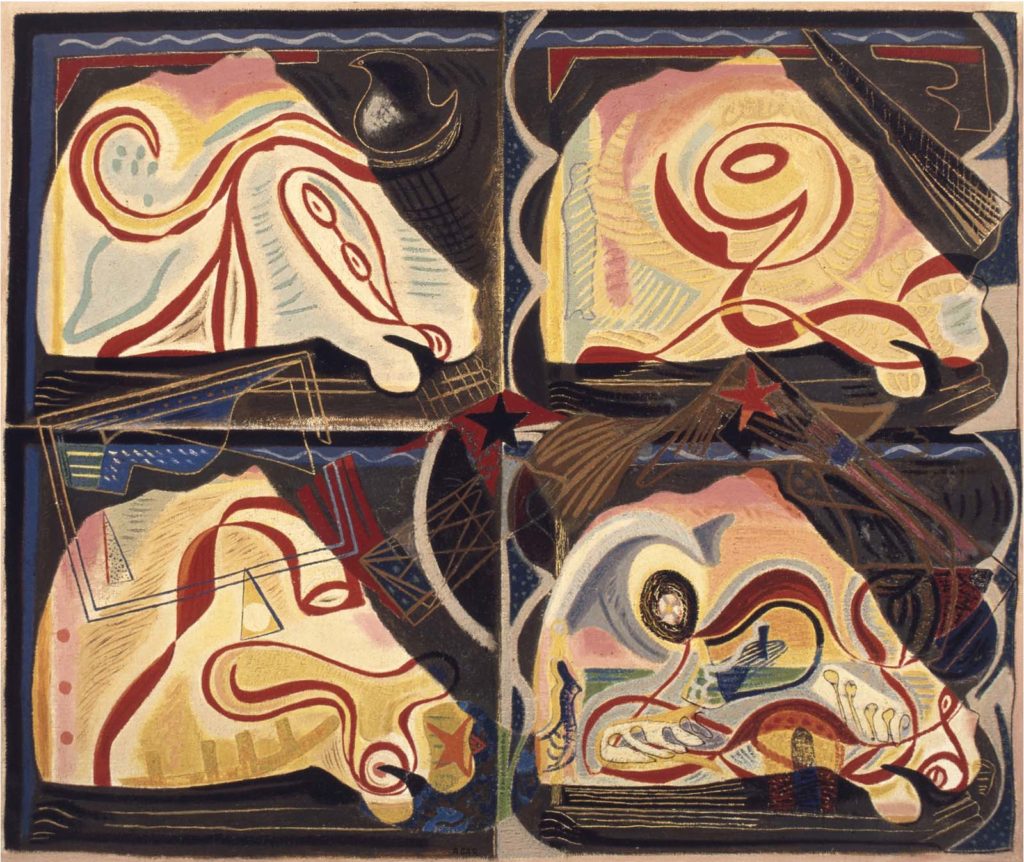 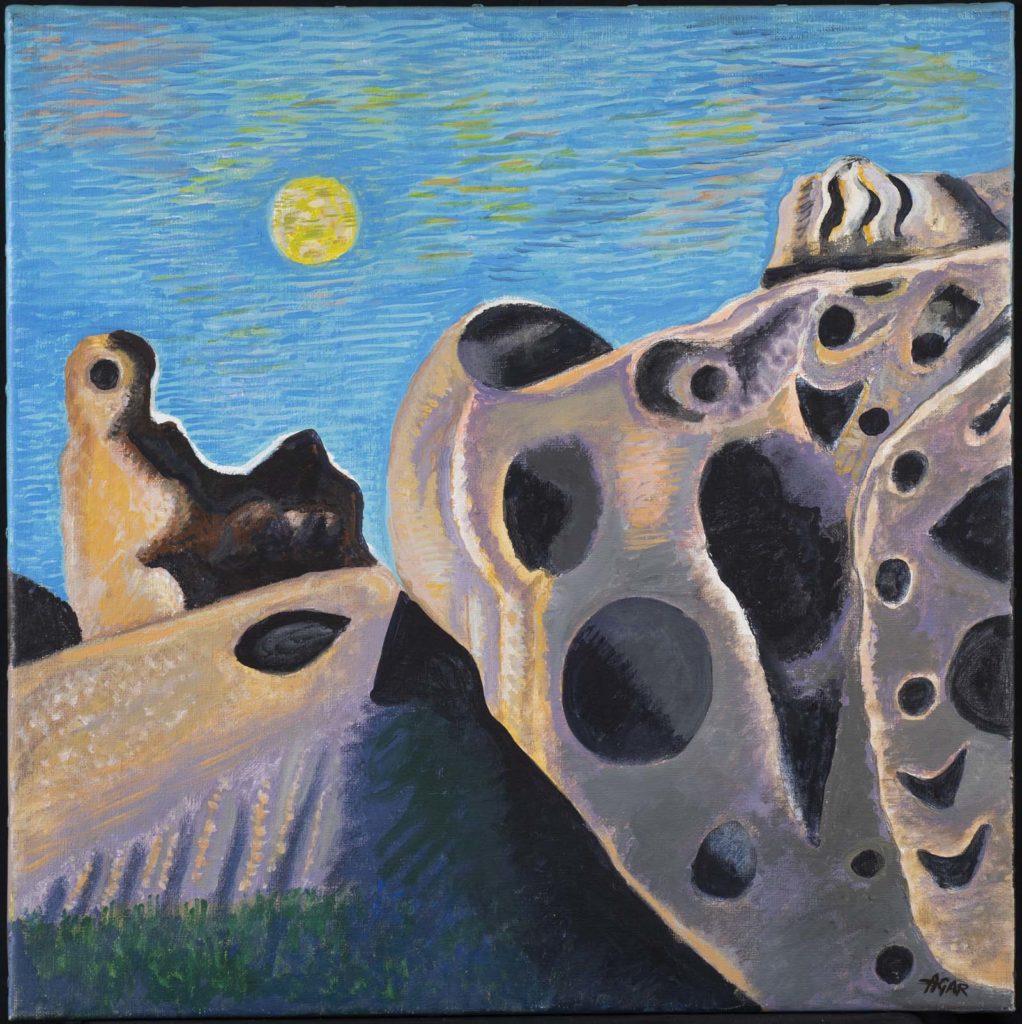 Fascinated by classical art, ancient mythologies, the natural world and sexual pleasure, Agar mined these subjects and her own biography for the forms and content that filled her various works.

Her biography might in some ways seem typical of mid twentieth century British artists – a privileged upbringing that initially allowed her to develop her artistic talent, a flight from family ties and the development of a bohemian lifestyle, the introduction to the European avant garde in France and pivotal relationships with eminent male artists – from Paul Nash to Pablo Picasso.

But throughout this journey Agar seems to have been slightly outside the conventional narratives of male dominated British art under the influence of modernism in the early twentieth century.

To get inside this trajectory, the exhibition examines Agar’s entire oeuvre, including early works bearing the influence of her classical education at The Slade School of Fine Art, including Self Portrait (1927) and the previously unseen painting Joseph Sleeping (1929), an intimate portrait of her partner, the writer and editor Joseph Bard, with whom she had moved to Paris in 1928.

Having destroyed all of her previous work in 1925, these early pieces mark Agar’s rebirth as an independent artist.

In Paris she learnt the principles of Cubism and was introduced to the anarchic tendencies of Surrealism. These influences are seen in early masterpieces, Autobiography of an Embryo (1933-4) and Quadriga (1935), and in 1936 she was part of the International Surrealist Exhibition held in London, where Agar was one of the few women to be included.

On her return to London in 1930, Agar started working with found objects including shells, bones, plant life, marine detritus, textiles and feathers to create sculptures that embodied her sense of absurdity and irreverence, as well as her continued fascination with the natural world, particularly the ocean. 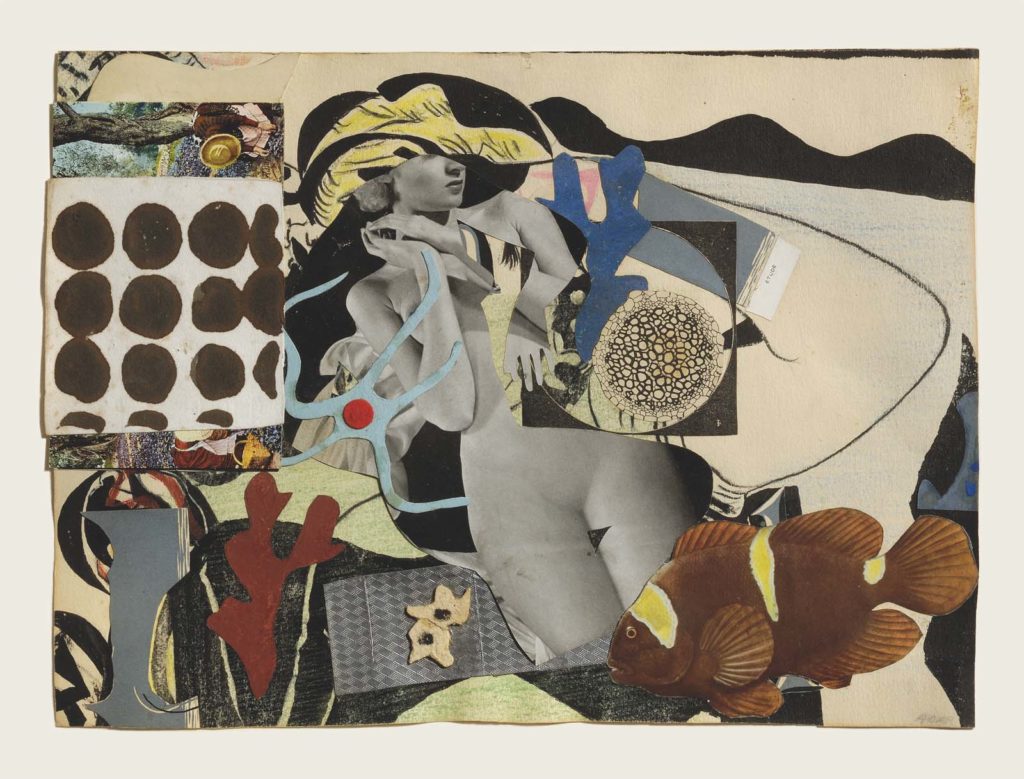 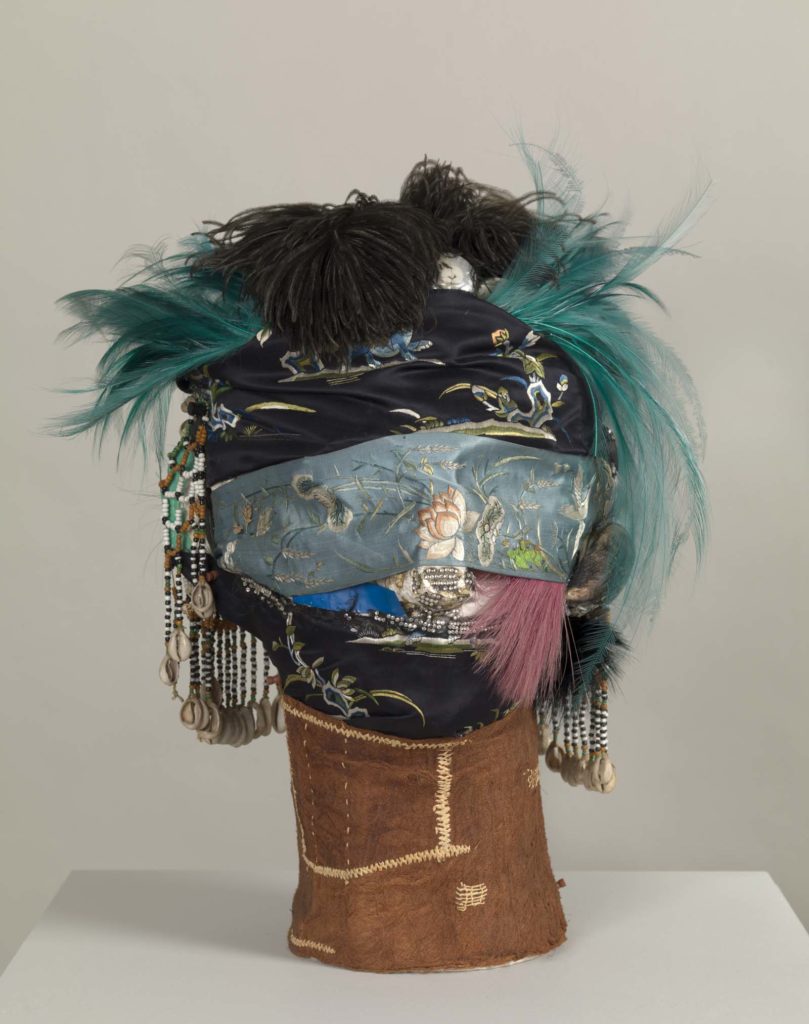 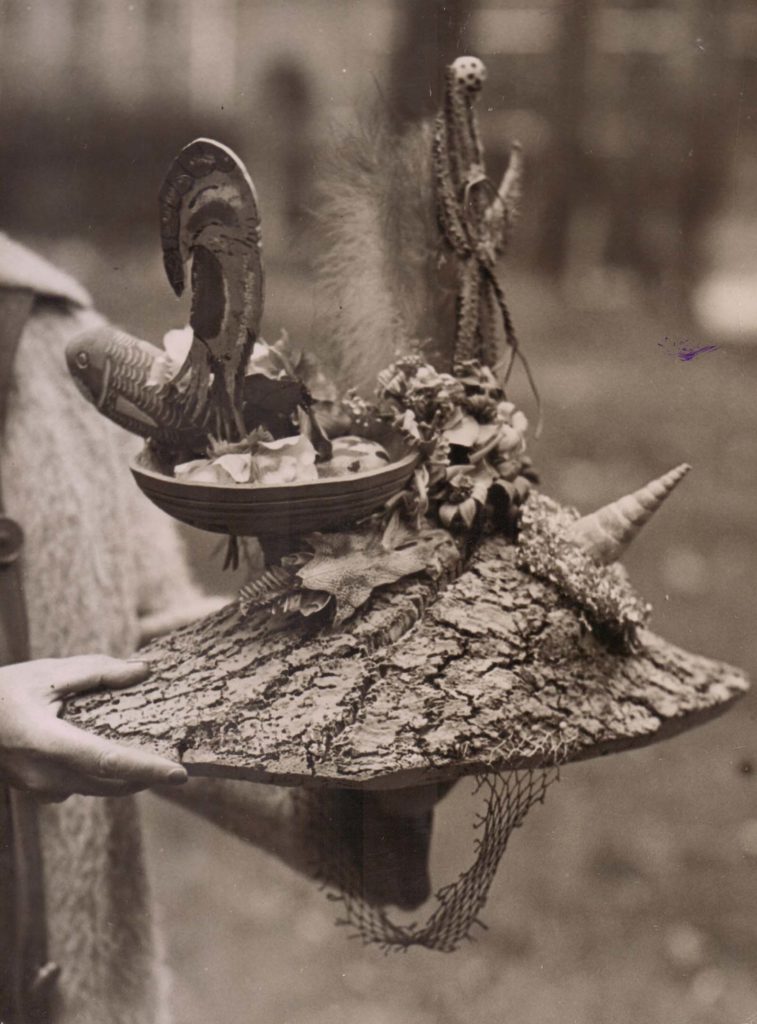 This 1930s period also saw her mine the natural world for photographic inspiration as in Bum-Thumb Rock, which she snapped amidst the unusual rock formations of Brittany.

War interrupted her artistic trajectory and she struggled with anxiety during the Second World War and spent much of her time working for the war effort. Unlike other artists during this time, the conflict flattened her output and she seems to have genuinely questioned the purpose of her art.

Luckily the hiatus was temporary and she began to paint again in 1946 and exhibited fairly regularly until her death in 1991.

Post-war prosperity and hopefulness also brought a renewal of inspiration and she began to focus on more joyful subjects and scenes of abundance, which are seen in works such as Dance of Peace (1945) and Cornucopia (1949).

The divisions between collage, drawing and painting became increasingly blurred in the post war years and she renewed her interest in surrealist techniques including automatism, frottage printing and transfer techniques such as decalcomania. The fluidity of automatic painting seemed to help free Agar from the anxieties that overwhelmed her during the war, and her experiments with spontaneous painting can be seen in Tree Torso 4 (c.1950), Head of Dylan Thomas (1960) and Pollen (1960), all of which are on display.

She enjoyed a huge resurgence of interest in her work during the 1970s and the final section of the exhibition focuses on the larger and more tightly composed works created during the later years of her career. Highlights of this period include a series of paintings she created in 1985, inspired by her Ploumanac’h Rock photographs taken almost 50 years before.

Celebrated as an artist and for her trailblazing experiments in surrealist fashion design, Agar modelled for Issey Miyake at the age of 87 and was made a Royal Academician in 1990. When she died in London aged 91 just a year later she was widely acknowledged for her distinct and spirited style, and for an outstanding career in art that endured almost a century. 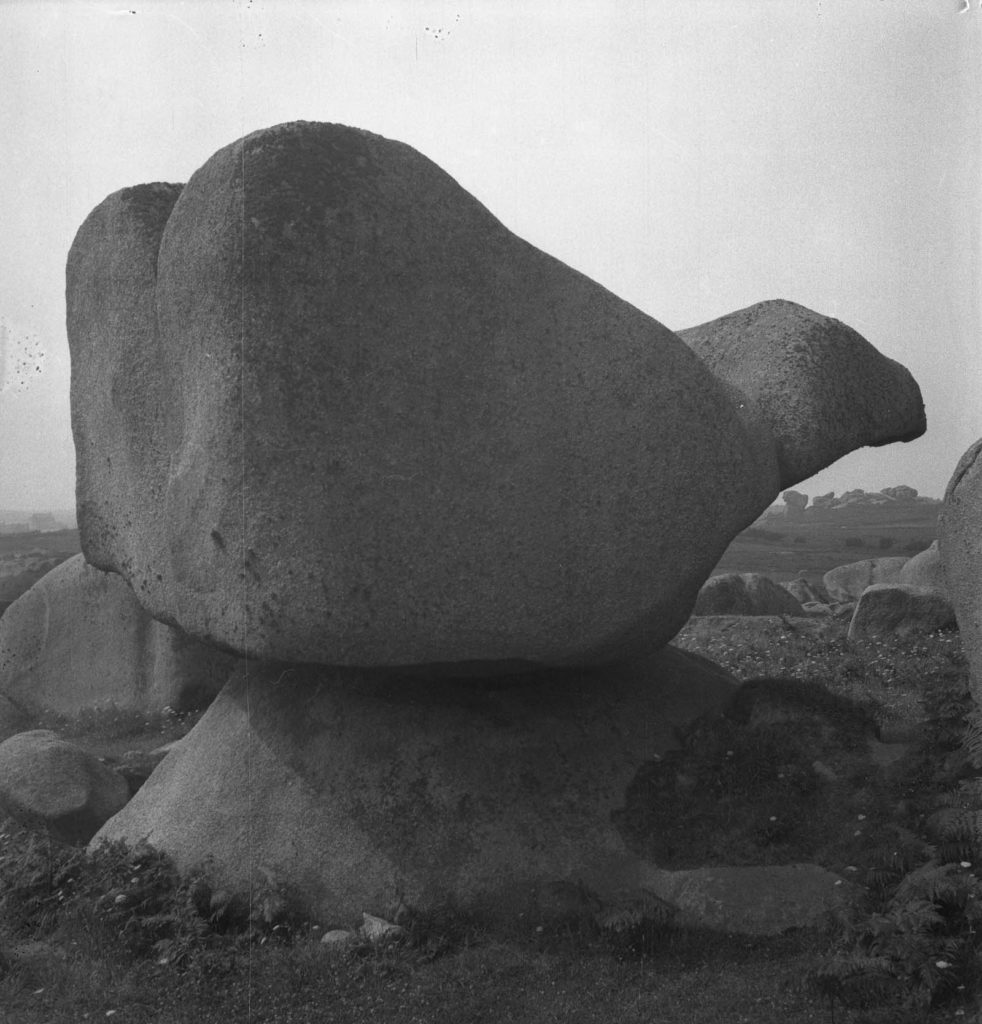 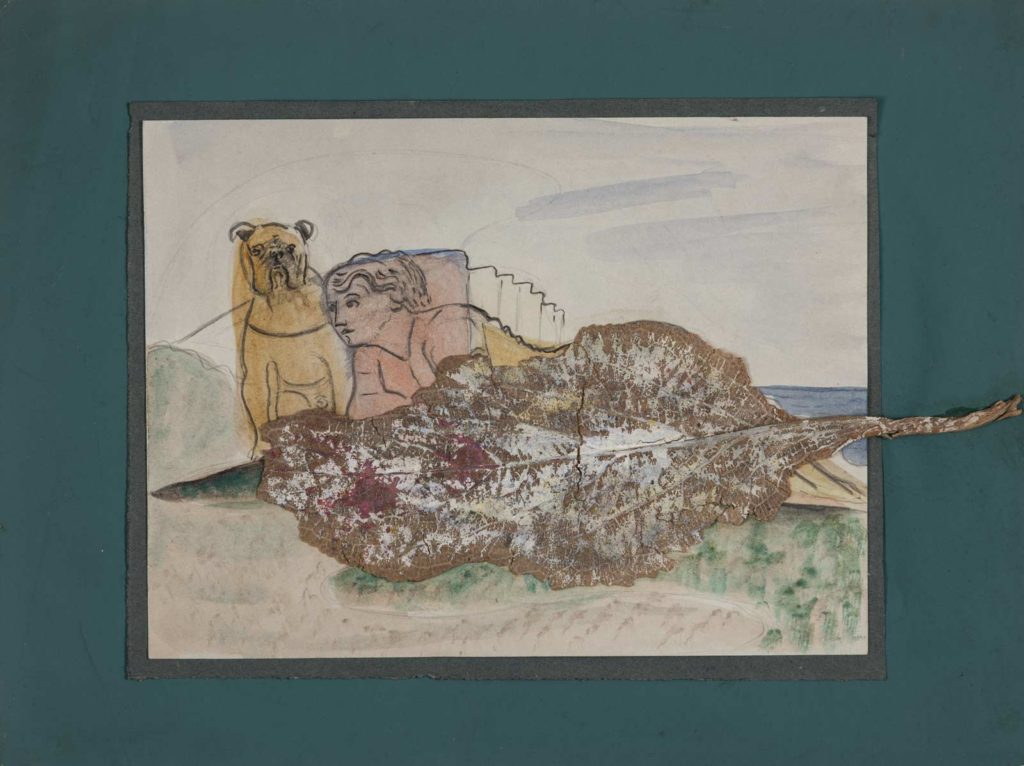 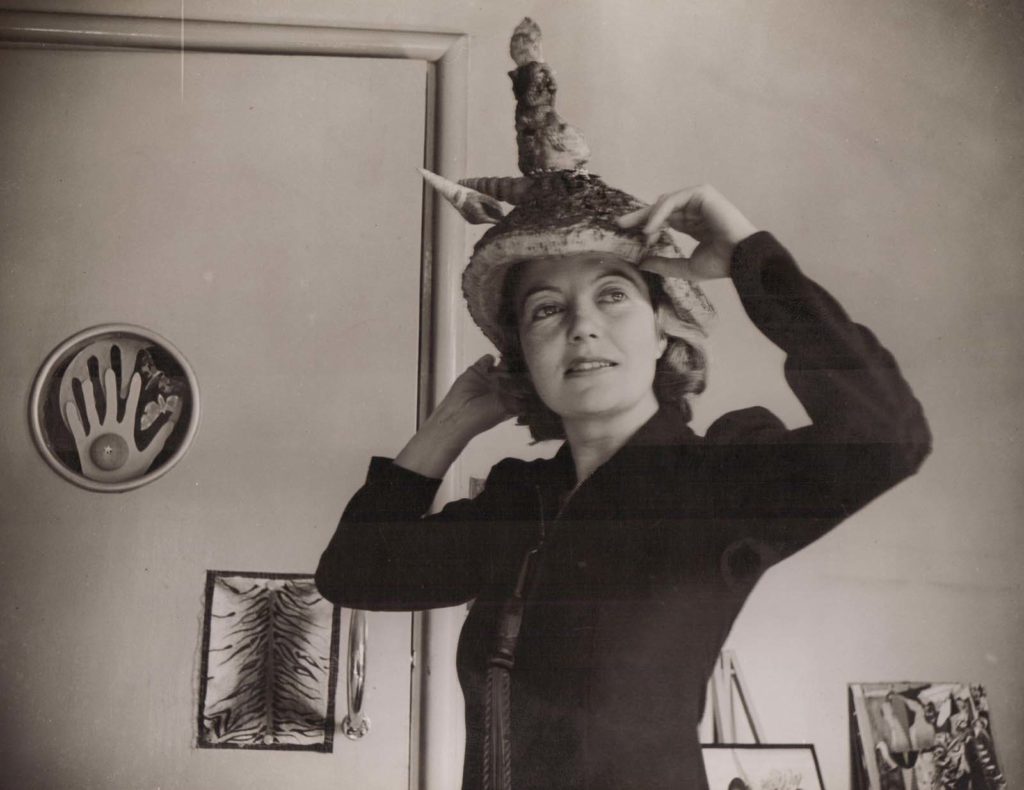 The Whitechapel Art Gallery was founded in 1901 to bring great art to the people of east London. Internationally acclaimed for its exhibitions of modern and contemporary art and its pioneering education and public events programmes, the Gallery has premiered international artists such as Pablo Picasso, Frida Kahlo, Jackson Pollock,…