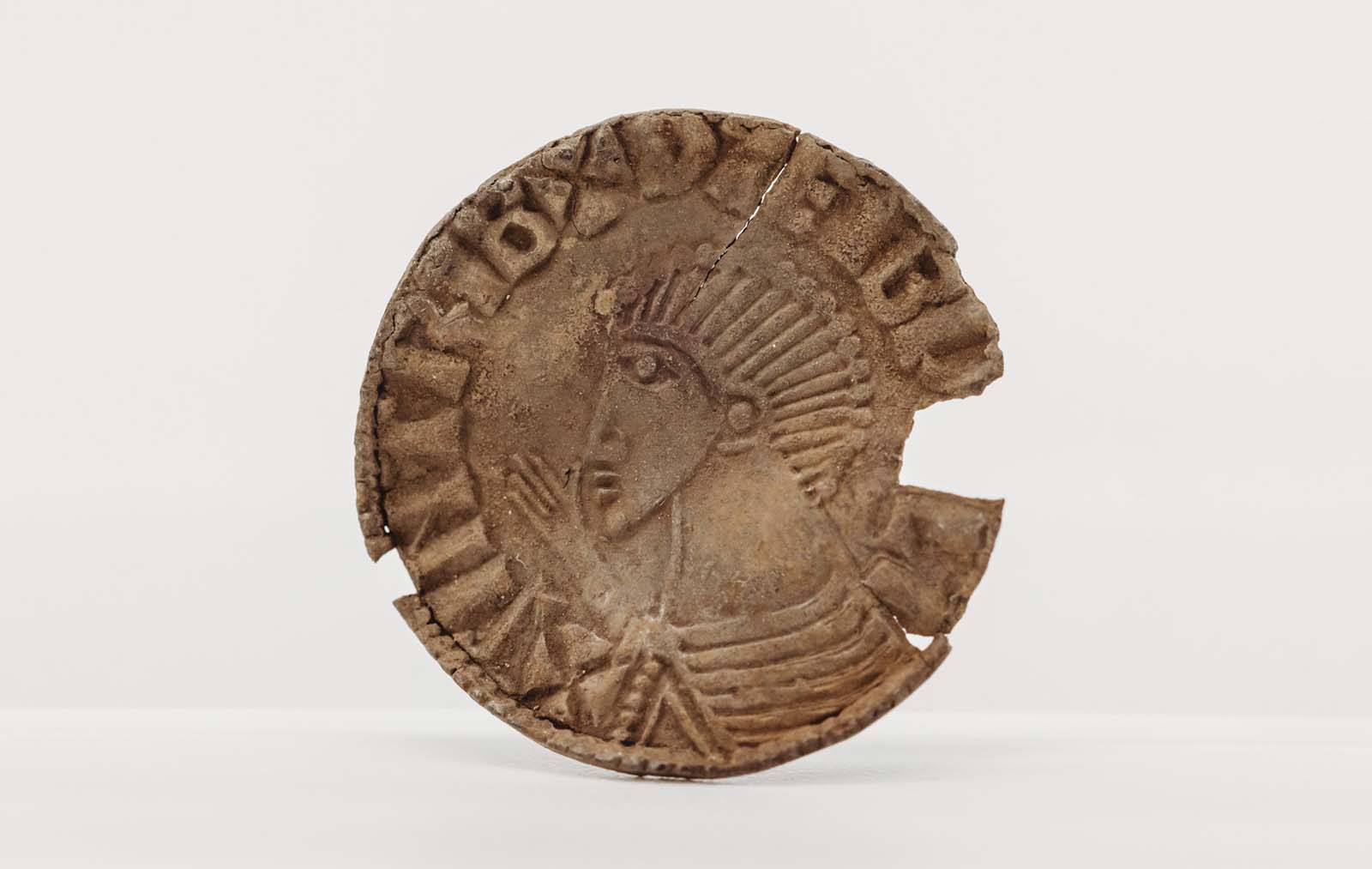 Viking coin with image of King Sihtric Silkbeard who served as Norse King of Dublin around 989 to 1036 AD. Photo courtesy Manx Museum

In April 2021, she somehow managed it again – unearthing an impressive grouping of silver coins and pieces of cut silver armbands Dating to around AD 1030.

The coins were minted in England, Dublin, modern day Germany and the Isle of Man, demonstrating some of the extent of Viking trade and influence. They include representations of Kings Sihtric Silkbeard and Cnut while the cut silver would have been used to pay for goods.

There is also a lead weight, which may also have been used in trading. With the earliest coins dating from the late 900s experts believe this stash of wealth may have been built up over a few years, offering insights into Viking trade practices during the period. 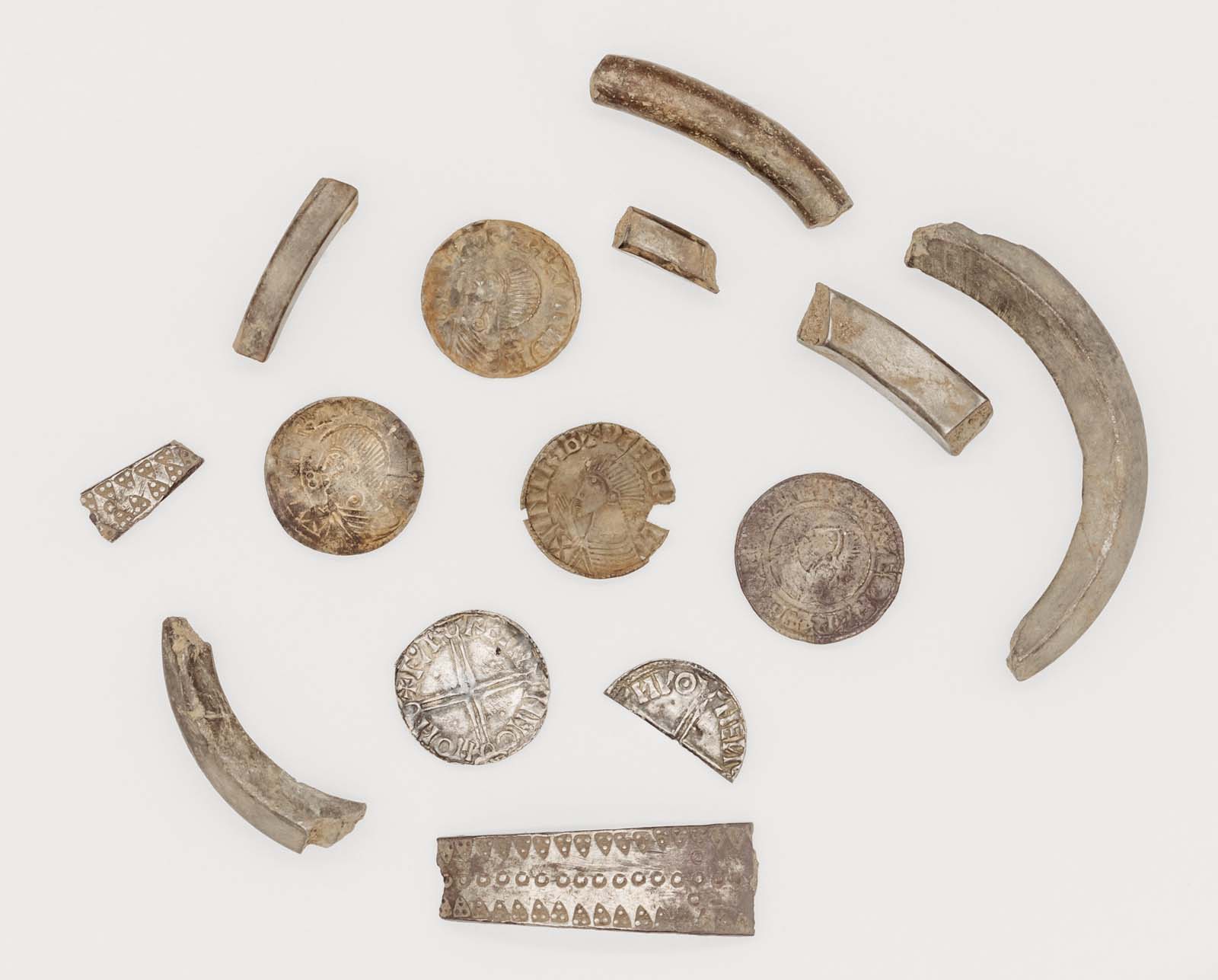 Dating to around AD 1030, this latest find has silver coins and pieces of cut silver armbands. Courtesy Manx Museum

The hoard has been declared Treasure by the Isle of Man Coroner of Inquests and in total consists of 87 silver coins, 13 pieces of cut, silver arm-rings or “hack silver” and associated artefacts.

The discovery marks the third major treasure inquest on the island in less than six months and is Kath’s fourth significant discovery since taking up metal detecting only three years ago.

The coins are generally silver pennies, and are all around 2cm in diameter and around 1 gram in weight. Most of them date from around the AD 990s through to the 1030s.

Like our modern day coins, many have an image of the reigning monarch. On the Irish and Manx coins, the profile of King Sihtric Silkbeard, who served as Norse King of Dublin around 989 to 1036 AD, can be seen, appearing to be giving a wave. King Cnut, King Aethelred II of England and also a Holy Roman Emperor, Otto of Saxony, can also be seen.

Some of the coins have a design called a “long cross” on the other side. These lines were used to cut the coins when literally only a half-penny was needed.

The cut, or hack-silver pieces are part of a flexible system of payment, where the value depended on the weight and purity of silver. It is expected that the coins and the hack-silver have over 90% silver content.

“The Northern Mixed hoard is the fourth Viking-Age coin hoard to be found in the Isle of Man in the last fifty years,” says Dr Kristin Bornholdt-Collins, an independent researcher and numismatist based in the USA who helped identify the coins.

“It may have been added to over time, like a piggybank, accounting for some of the older coins, though for the most part it is a direct reflection of what was circulating in and around Man in the late 1020s/c. 1030.”

The find represents a medium-sized, discrete hoard of personal wealth, which was probably built up over a period of a few years, perhaps representing a short-term savings account. 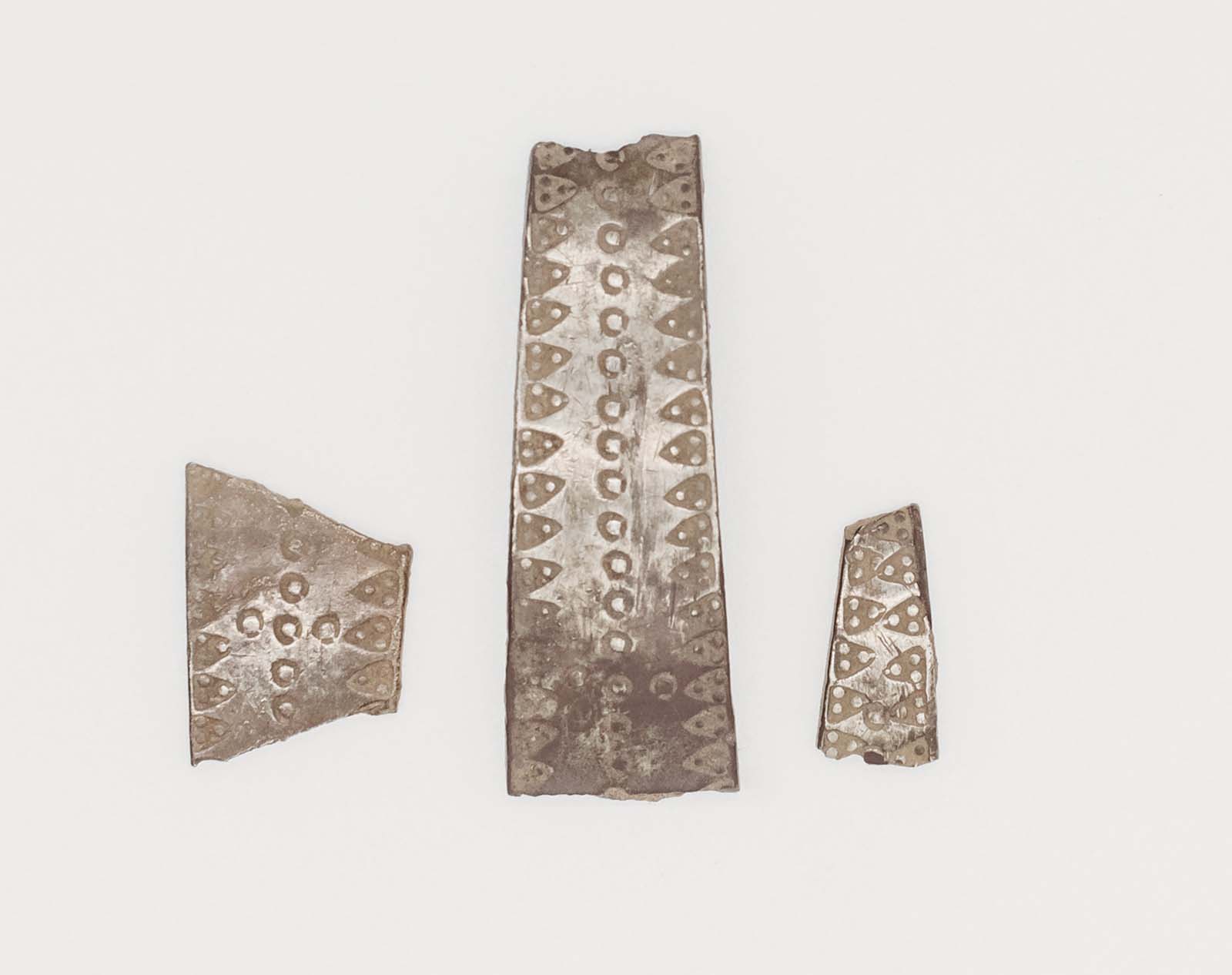 “Like the similarly dated, but much larger, Glenfaba deposit, found in 2003, the new hoard might be compared to a wallet containing all kinds of credit cards, notes and coins, perhaps of different nationalities, such as when you prepare to travel overseas, and shows the variety of currencies available to an Irish Sea trader or inhabitant of Man in this period,” adds Dr Bornholdt-Collins.

“The two hoards together provide a rare chance to study the contents side by side, right down to the detail of the dies used to strike the coins. Having this much closely dated comparative material from separate finds is highly unusual and essentially “doubles” the value of each find.”

Both hoards contain a significant hack-silver or bullion portion, which would have been weighed out and possibly tested for its quality in the course of transactions and this is said to be “generally expected” in finds dating to the ninth- and tenth centuries from Viking regions. But it appears to be a special feature of the later Manx hoards, too.

“This may be because bullion was especially convenient for international trade since it was practical for any size transaction and was decentralized, a currency without borders or political affiliation; in this sense, it was a modern-day equivalent to a cryptocurrency— we might even say it was something like the original ‘Bit-coin’!

“It seems only logical, then, that it was so popular in a cosmopolitan trading hub like Man, even several decades into the 11th century, when closely regulated minted silver was well on its way to becoming the norm across Northern Europe”.

The date of deposition of the latest hoard can be dated fairly closely due to the coin content to around AD 1035. This is the later era of Viking Age precious metal hoard deposition, as the practice only really lasted for a further forty years or so, with the earliest hoards dating to the AD 950s.

The hoard has gone on display in the new Viking Gallery at the Manx Museum, prior to travelling off island for review by the Treasure Valuation Committee, an independent committee which meets at the British Museum, providing advice on antiquities.

Watch a film about the discovery below: