As Historic England launches a new book, D-Day UK, marking the 75th anniversary of the Normandy landings by exploring how they were made possible through 100 locations in Britain, we look at some of the archive photos and places featured 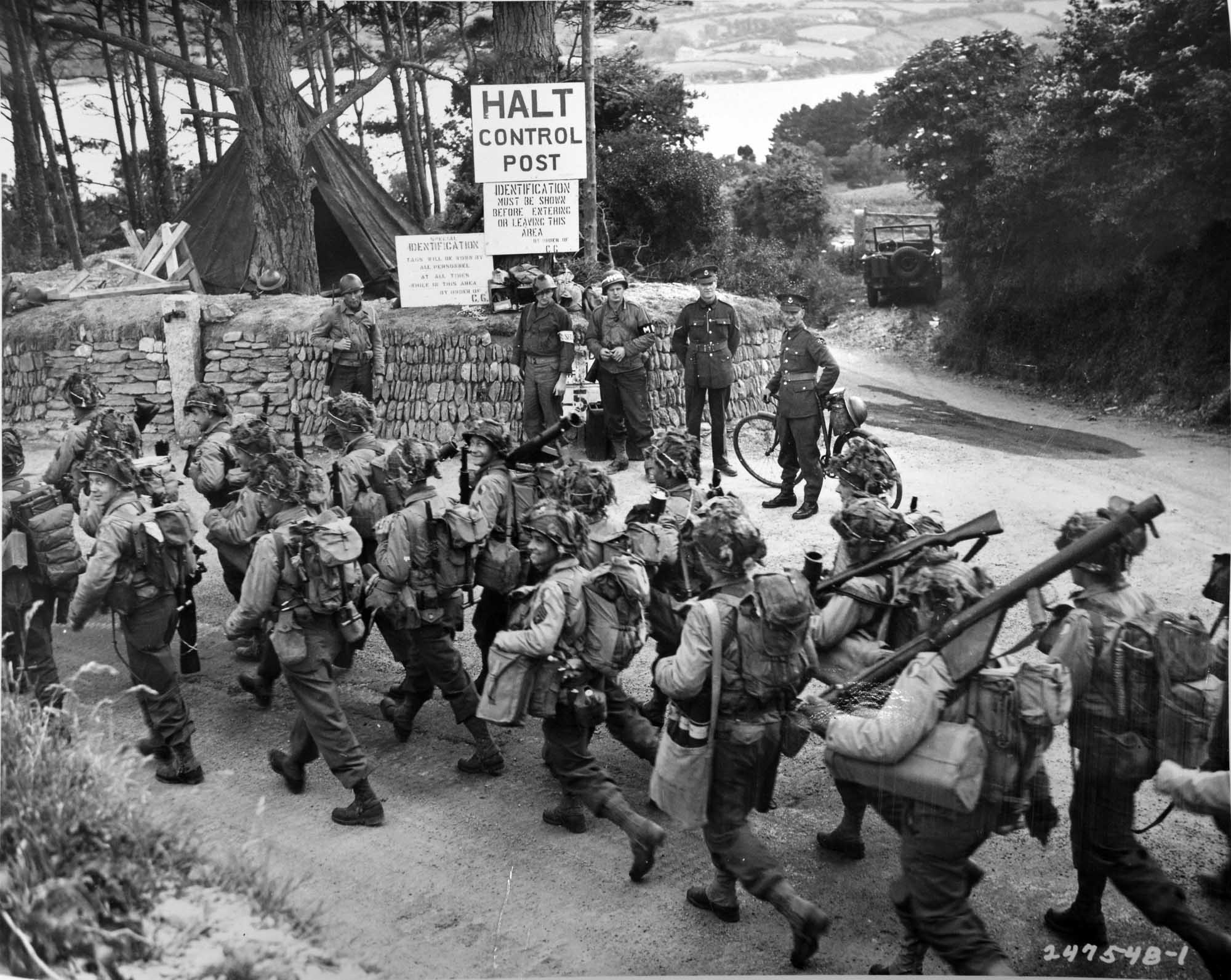 US soldiers march through Trebah towards landing craft that will take them to Omaha Beach. Photo © NARA

During the Second World War, Trebah was used for military purposes and the assault on Omaha Beach in Normandy was launched from Polgwidden Beach, at the foot of Trebah Garden. Some 7,500 men of the 29th US Infantry Division, including the 175th Infantry Regiment, embarked at Polgwidden Cove for the assault landing on Omaha, which was the bloodiest of the landing grounds. American casualties were in the region of 2,400 men. Here a unit marches through Trebah towards the beach, where the landing craft await. 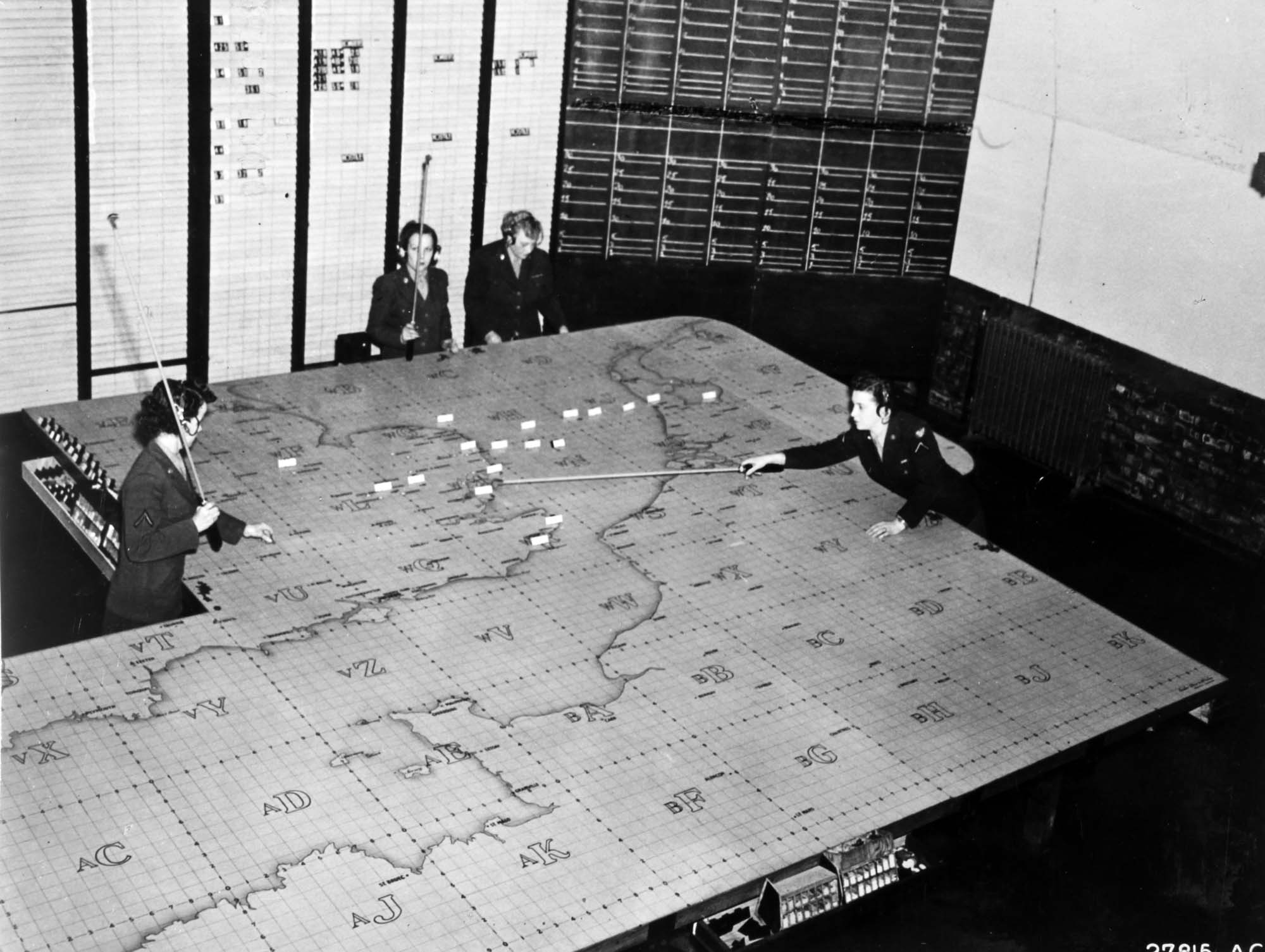 RAF Daws Hill became the headquarters of the USAAF’s Mighty Eighth Air Force who were kept very busy on D-Day. Its p-51 and P-47 fighters were given the task of providing high cover for bombers and troop carriers and to ensure the Luftwaffe did not get close to the beachhead. 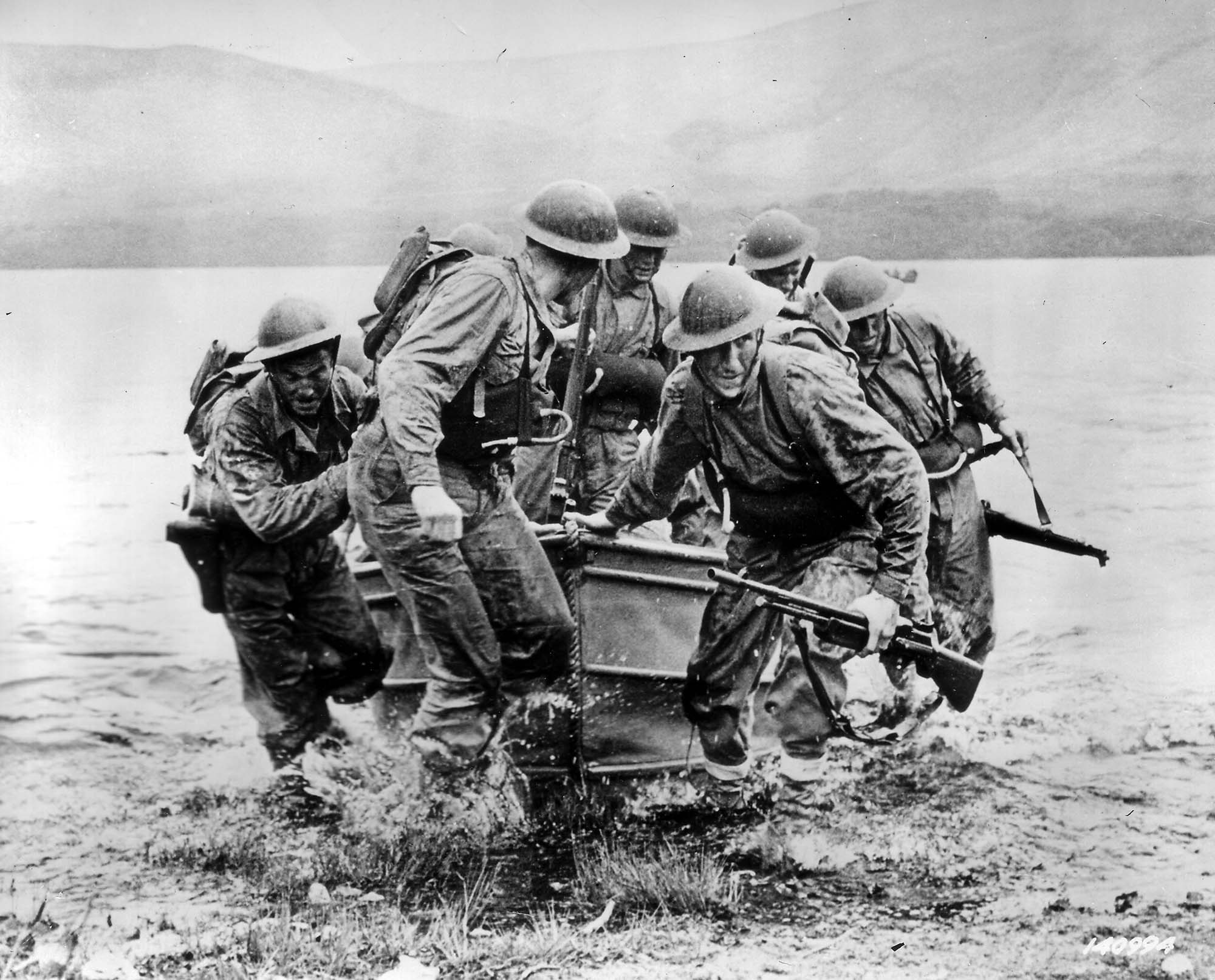 Commando training took place from February 1942 at the Commando Depot – later the Commando Basic Training Centre – at Achnacarry Castle near Fort William. The Achnacarry commando training course was rigorous and effective. As well as British commandos, the American Rangers went through it too, as did Dutch, French, Belgian and Norwegian special forces. Here, American Rangers are put through their paces. 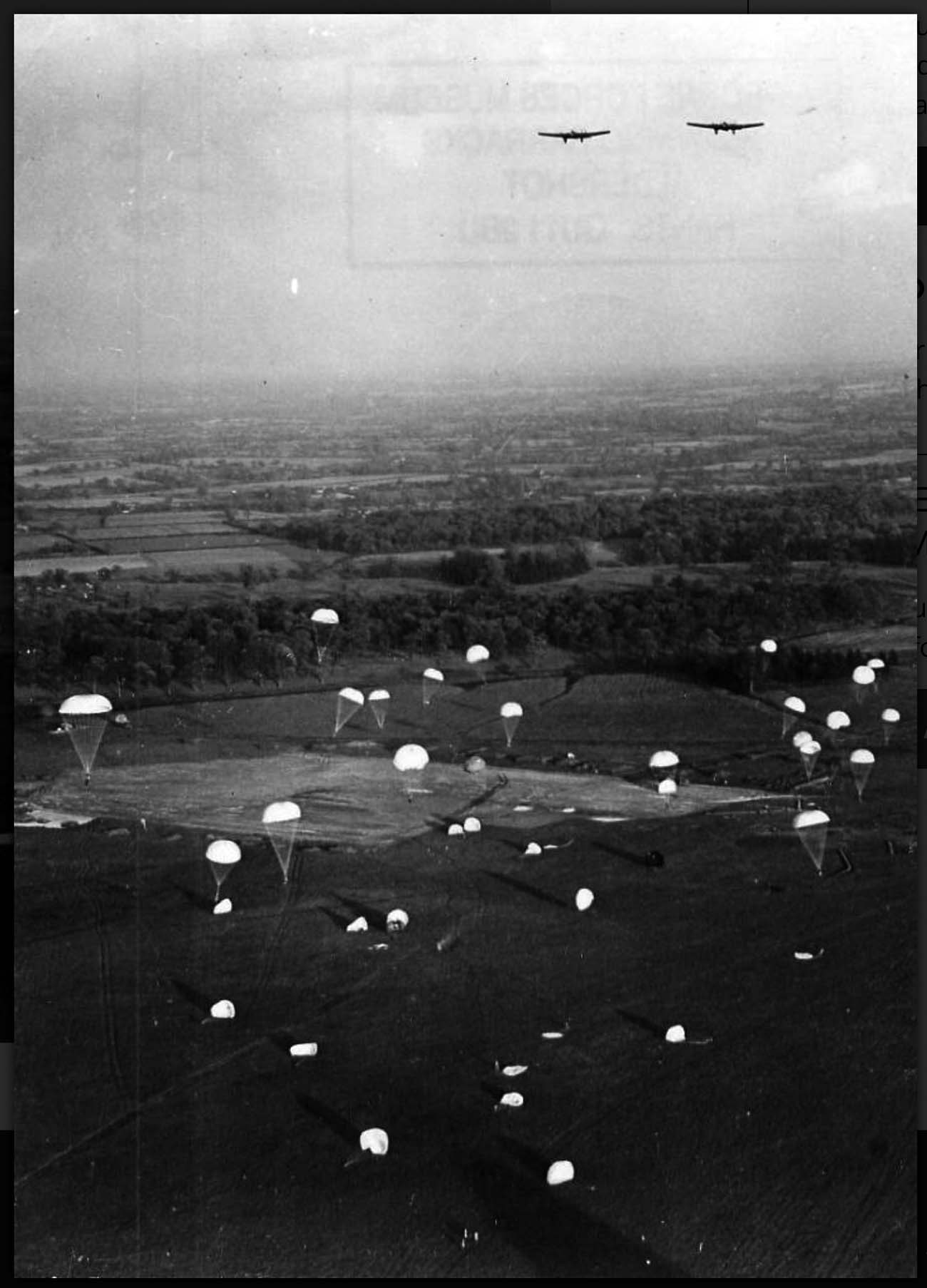 Parachute training for soldiers, airmen and various others was undertaken at RAF Ringway – today’s Manchester Airport – with descents being made either from a static balloon or an aircraft onto nearby Tatton Park. Glider training was also undertaken in the area. 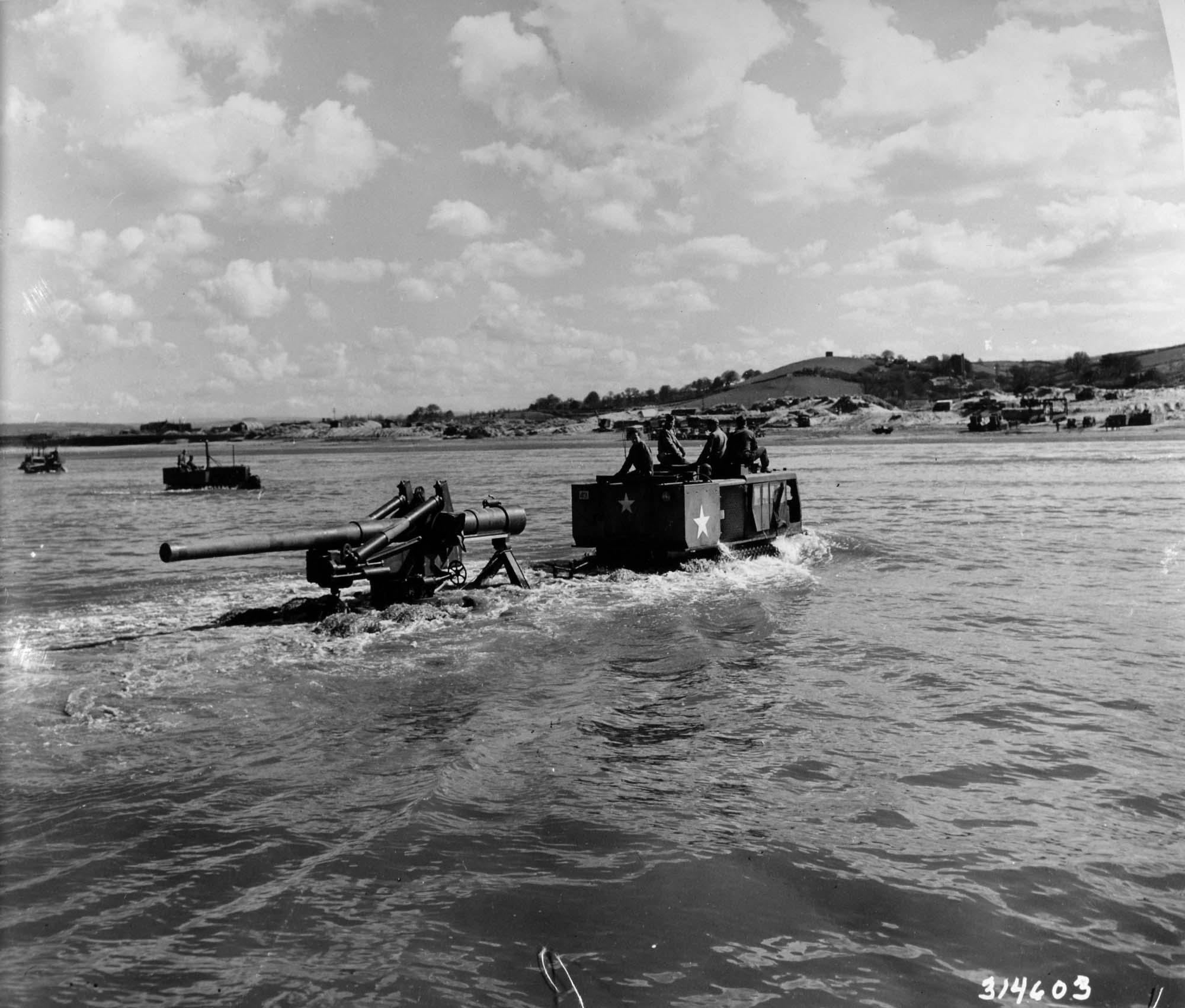 As well as coping with salt water, vehicles had to be able to drive distances with the waterproofing in place and cope with the rigours of an opposed landing. The US location to test this was Bideford in Devon where the Ordnance Experimental Station (O-617) was established. The results were good: it was reported that fewer than two vehicles in every thousand were drowned off the beaches. 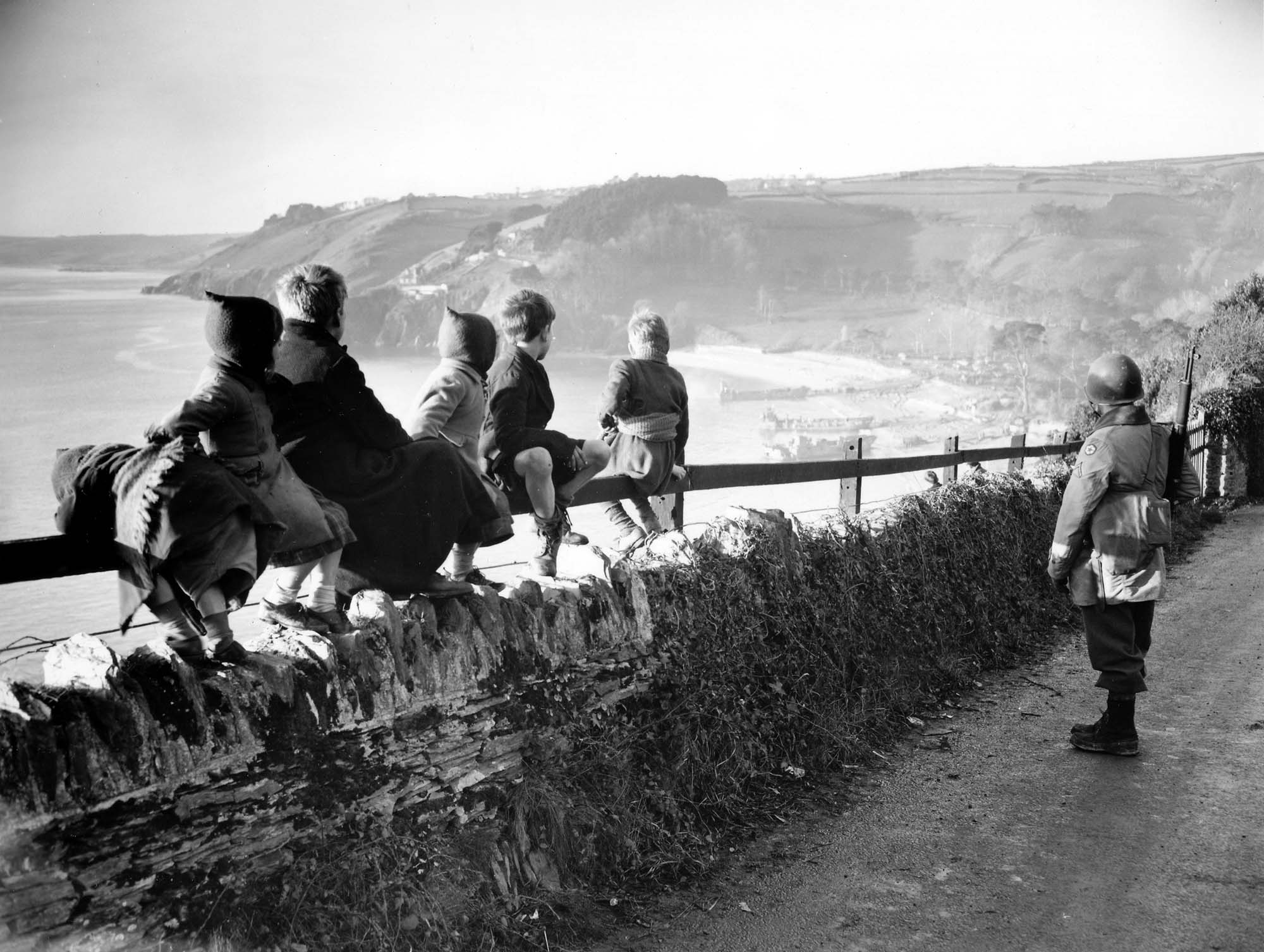 Children watch the US Army practice on Blackpool Sands in Devon. Photo © NARA

Blackpool Sands lies to the north east of Slapton Sands and was part of the same training area. It was requisitioned by the British government in late 1943 for use by US forces destined to land on Utah Beach, which the beaches of the area resembled. The activities on the beach at Blackpool Sands are the object of interest to some very young spectators in this wartime photograph. 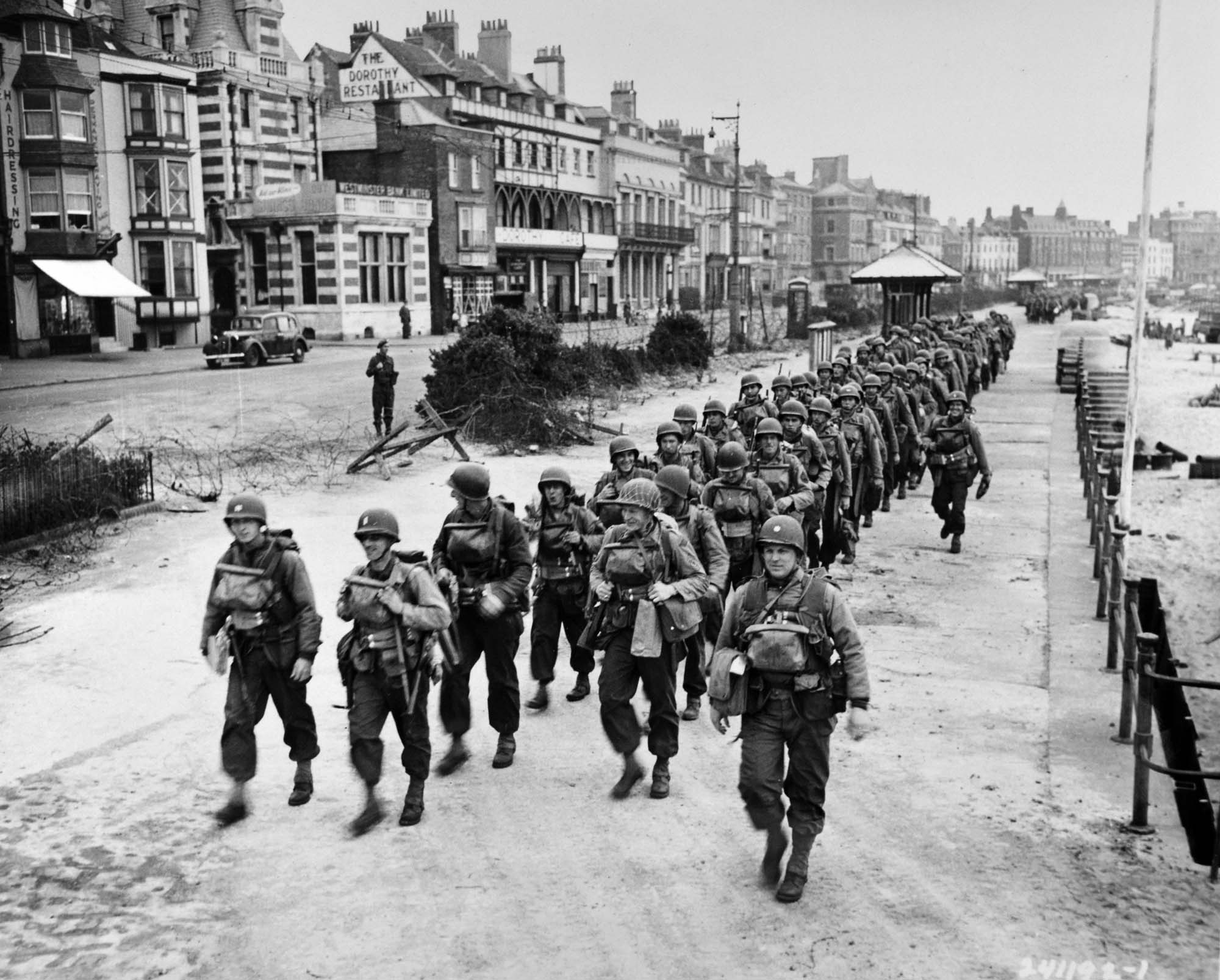 US Rangers traverse the Esplanade to their waiting landing craft. There were two Ranger units involved on D-Day: the 2nd and 5th Battalions. Commanded by Lieutenant Colonel James E Rudder, three companies of the 2nd Battalion assaulted Pointe du Hoc. The rest, through a series of errors, diverted to Omaha, where they were instrumental in leading the way off the beach and up the bluffs. 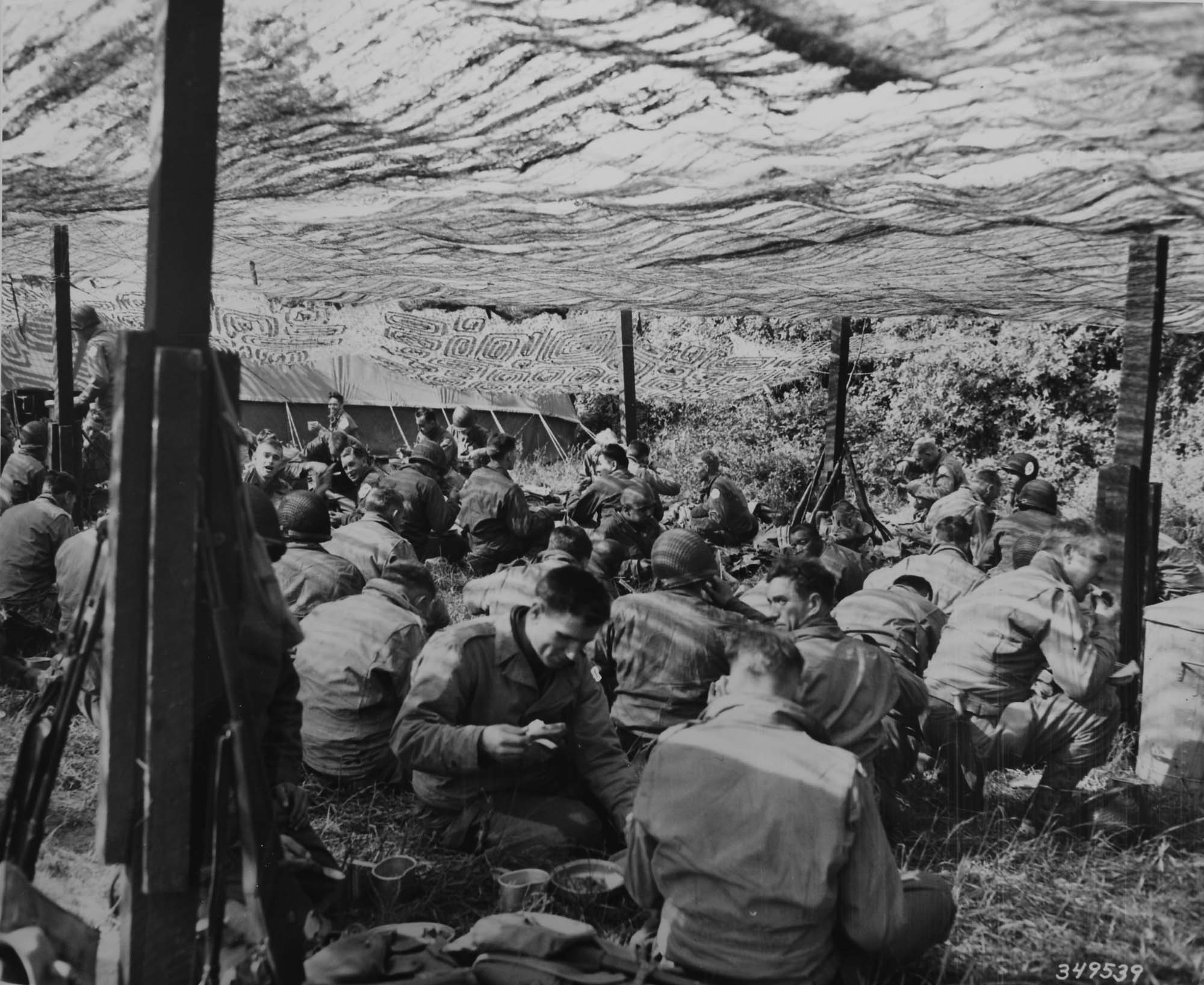 During World War Two Plymouth was one of the areas worst hit by by the Luftwaffe, particularly in 1941 but it was able to play a significant role in 1944 when the US 29th Infantry Division embarked from the port for Omaha Beach.
Moving from their training areas into the marshalling area, most entered ‘sausage camps’ in late May. These camps, so named because they were often in narrow valleys, were heavily protected by camouflage and patrolled to ensure details did not leak out. There were ‘sausage camps’ in Antony Park, Saltram Park and Mount Edgcumbe. 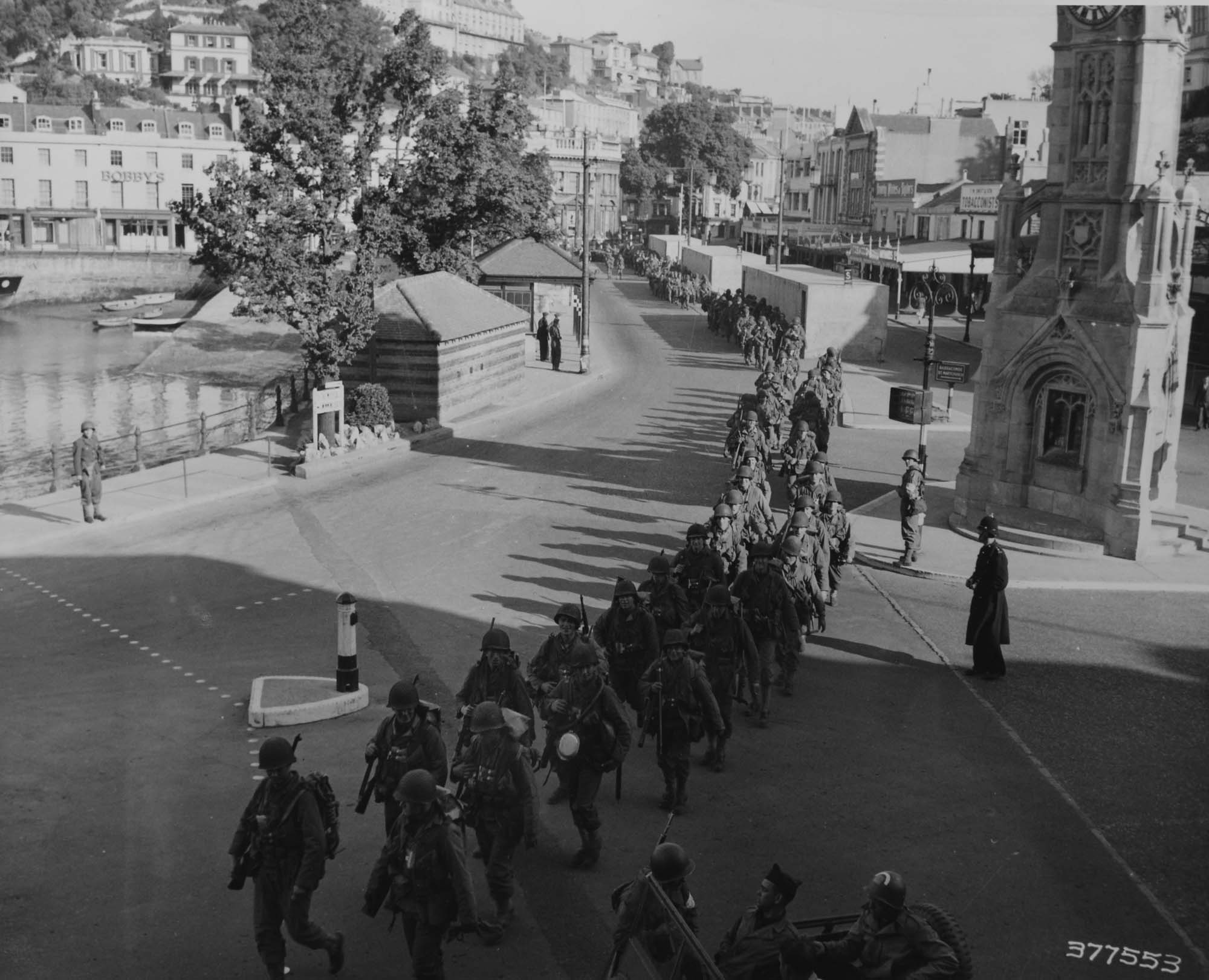 On June 5 1944, the US 4th Infantry Division, part of VII Corps, embarked from the Torquay hard. Their next stop was Utah Beach, where they rapidly pierced the opposition crust and advanced inland. Here soldiers of the division march past Torquay’s clock tower towards their embarkation point.