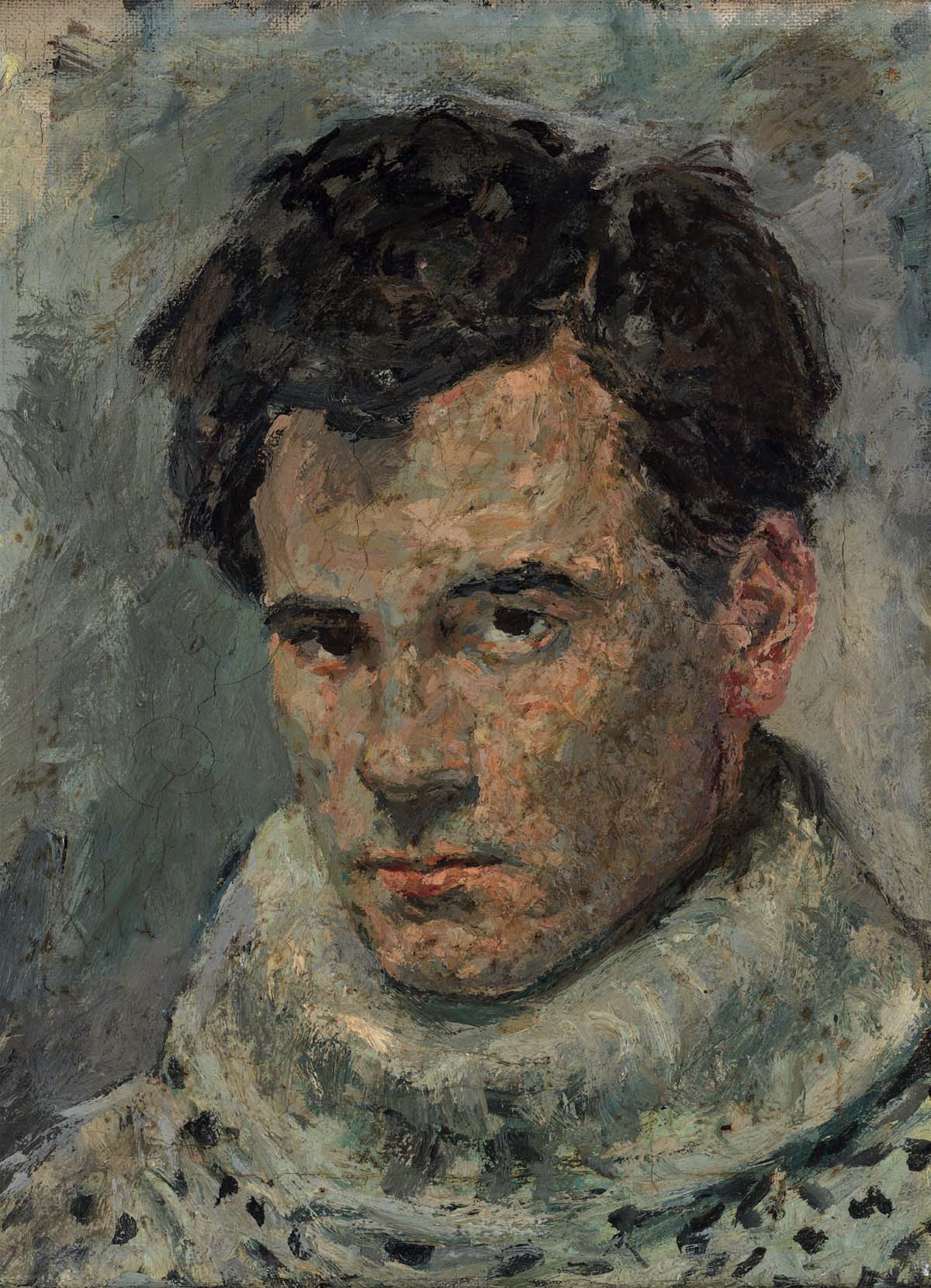 Most art histories agree that the London art scene of World War Two and just after was a surprisingly flourishing one, when household names established themselves and British painting and sculpture emerged in remarkably good health despite the catastrophic times.

The three people explored in this exhibition highlight famous, rediscovered and forgotten names from this milieu and the passionate intimacy that existed between Lucian Freud (1922-2011), John Minton (1917-1957) and Adrian Ryan (1920-1998) – a trio of gifted figurative painters who were each striving to build careers in a war-torn Britain.

Minton, the son of a solicitor, was a Grammar School boy who later rubbed shoulders with Michael Ayrton, the Roberts Colquhoun and MacBryde and Keith Vaughan. As befits these acquaintances he was a regular in the bars of Soho and Fitzrovia but is today celebrated for his illustrations and 1940s neo-Romantic landscapes that drew inspiration from William Blake and Samuel Palmer.

A feted but ultimately tragic figure, Minton’s failure to embrace abstract expressionism is sometimes cited as a contributing factor for his descent into depression, alcoholism and suicide – a narrative usually accompanied by his 1953 self-portrait, which is probably the most melancholy of the period. 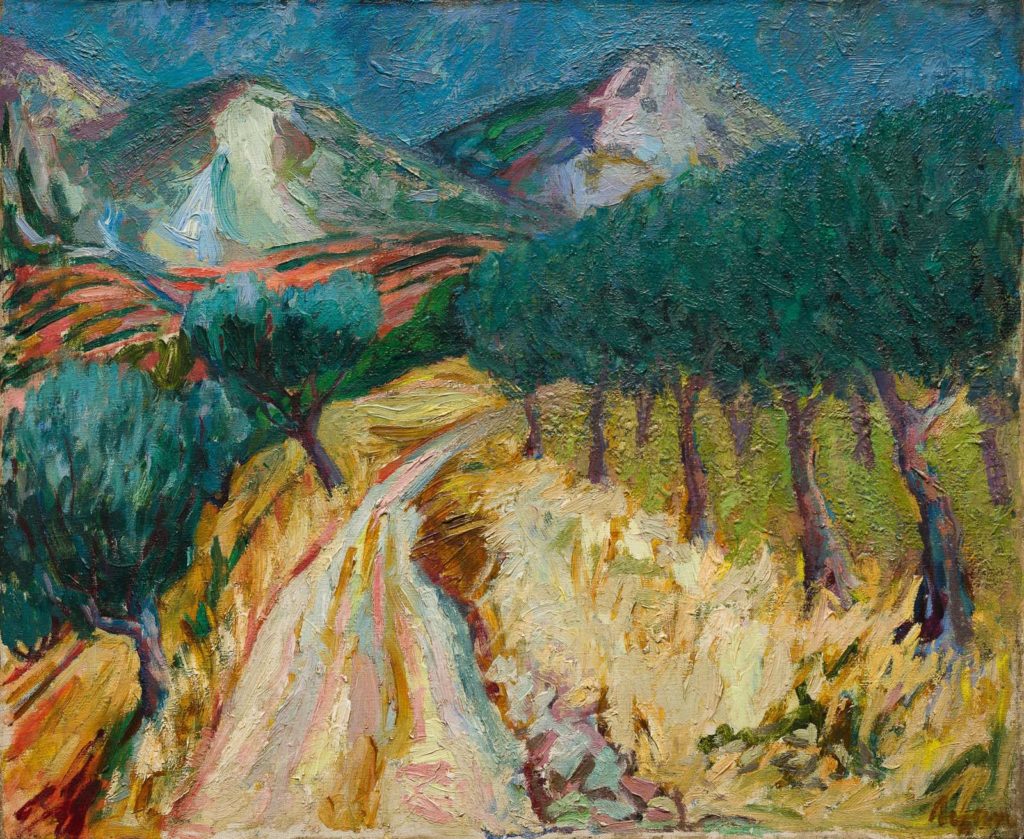 That sense of melancholy sometimes crept into canvasses, yet his post war landscapes are now viewed as classics of mid-century British art; textbook examples of how British artists transcended the austerity of the times they lived in, creating a beguilingly escapist idyll – a world away from the boozy, indolent London bohemia the artists inhabited.

Freud only really skirted the fringes of the Neo Romantics, but he was very much part of this world, although his increasingly searing portraits took him in another direction; one that was to make him twentieth century Britain’s most famous and successful figurative painter.

But if Freud is the dominant artist and Minton is often elusive in studies of post war British art, Ryan is almost entirely absent.

Yet here he emerges as the most intriguing figure of the trio – probably by dint of his obscurity and the interests of the curator, Julian Machin, who as Ryan’s biographer, places him at the centre of the story by focussing on the complex sexual friendship and rivalries of the three artists.

Machin’s biography, the aptly titled Adrian Ryan: Rather a Rum Life, paints a picture of a gifted, handsome and rich young painter whose background and talent left him with the world at his feet but who, rather like Minton, never really exploited the success of his early years. 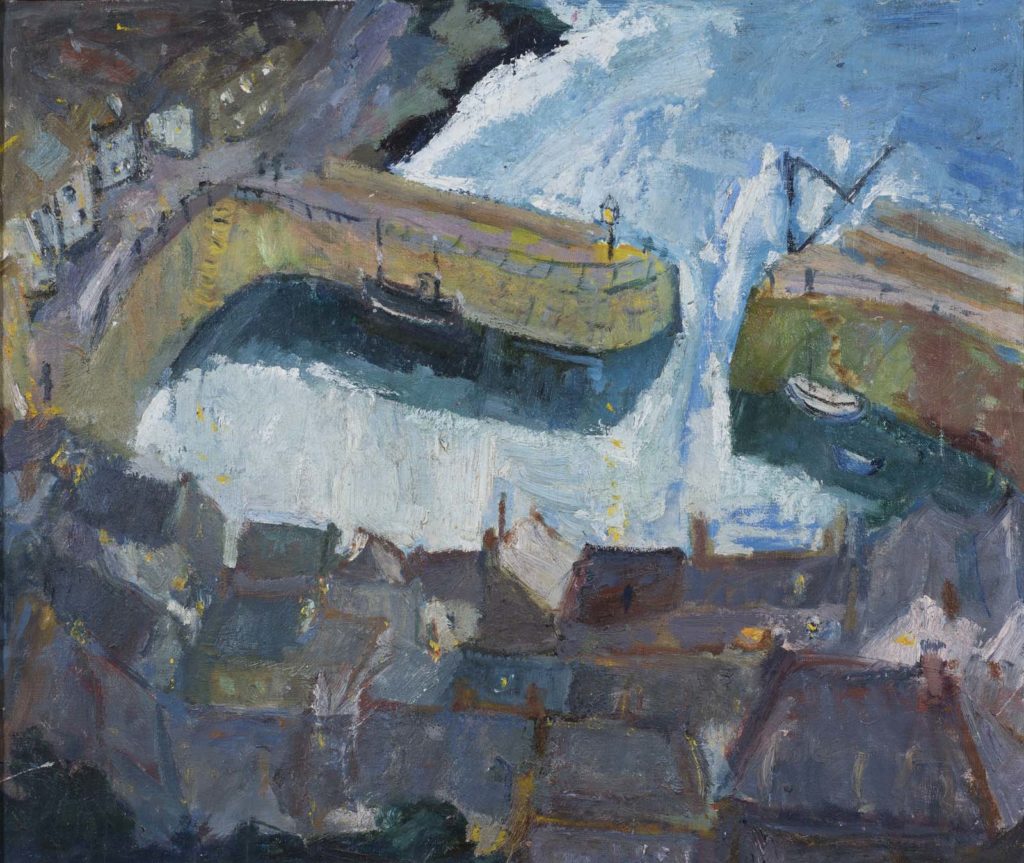 Modesty and self-effacement are two of the qualities most associated with the painter who, like Minton, eschewed abstraction in favour of landscapes and still lifes, and settled into a life of painting and teaching. He was married three times, and although not as prolific as Freud, he had three daughters.

Freud was famously uninhibited in his heterosexual relationships (since his death there have been various wild estimates of the number of children he fathered) but he always avoided any public acknowledgement of his sexual relations with Minton and Ryan, he also did not deny them. They were however confirmed by Ryan’s personal testimony and others in the circle of artists.

Of the three, Minton is the only one who was openly gay – as far as a person could be openly gay in the 1940s and 50s when homosexuality was still illegal before his suicide in 1957 deprived the art world of a talented painter and one of its most sociable players.

It also severed the trinity and reinforced the separate paths that Ryan and Freud had already begun to follow as their initial closeness and deep affection gave way to bitterness and betrayal. 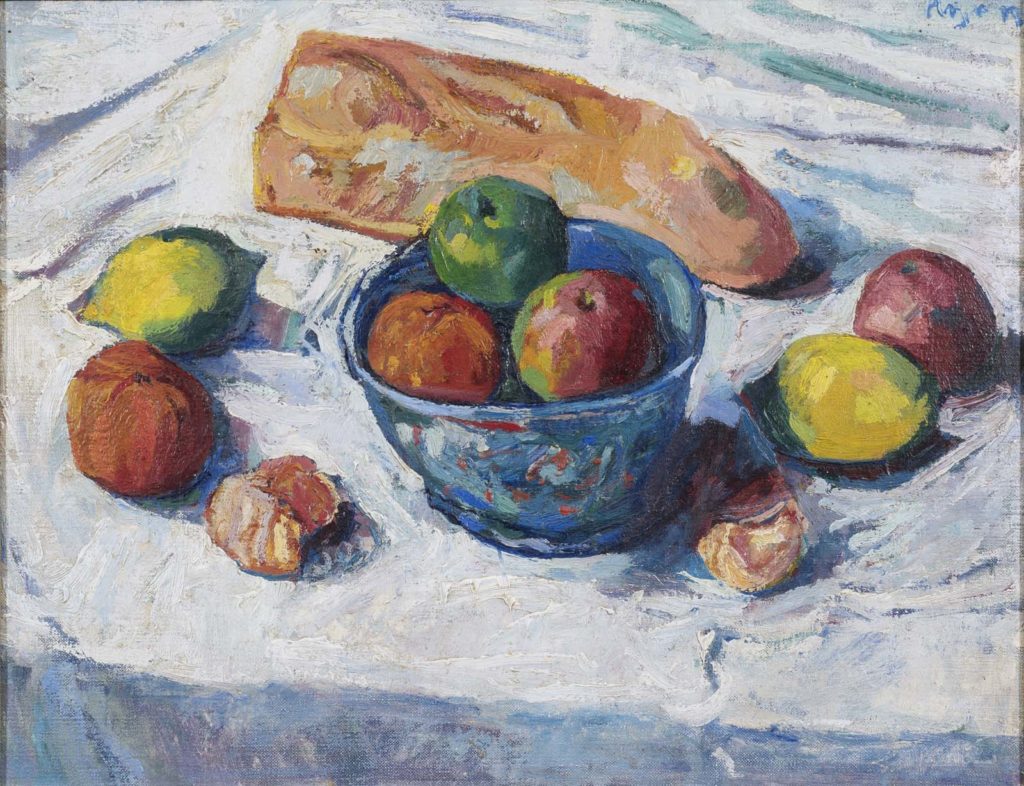 The story of these formative years and the subsequent trajectories of their careers and personal lives are played out through 50 paintings and works on paper.

Freud’s rejection of sentimentality can be seen in his disquieting masterpiece Girl with Roses, 1947-48; and in Dead Cock’s Head, 1951 – a particularly striking example of his early bird studies.

Minton’s powerful and provocative Jamaican Village, 1951, and his desolate 1940 painting The Kite both suggest the well documented anxiety and loneliness. Ryan’s Self Portrait, 1944 meanwhile offers up evidence of the self-effacing nature that marred his curiously un-celebrated reputation, while Goat Meat suggests struggle and frustration.

Weaving these art clues together is a previously unseen letter between Freud and Ryan from 1944. Penned on unevenly ruled lines in a spidery script, and featuring a small cartoon horse, it refers to Freud’s intention to visit Adrian and Peggy, his first wife, and also to Freud’s upcoming solo exhibition (his first) at the Lefevre Gallery.

It may have been on this visit that Freud presented his friend with one of his early drawings, Chicken in a Bucket, which Ryan promptly copied in oils. 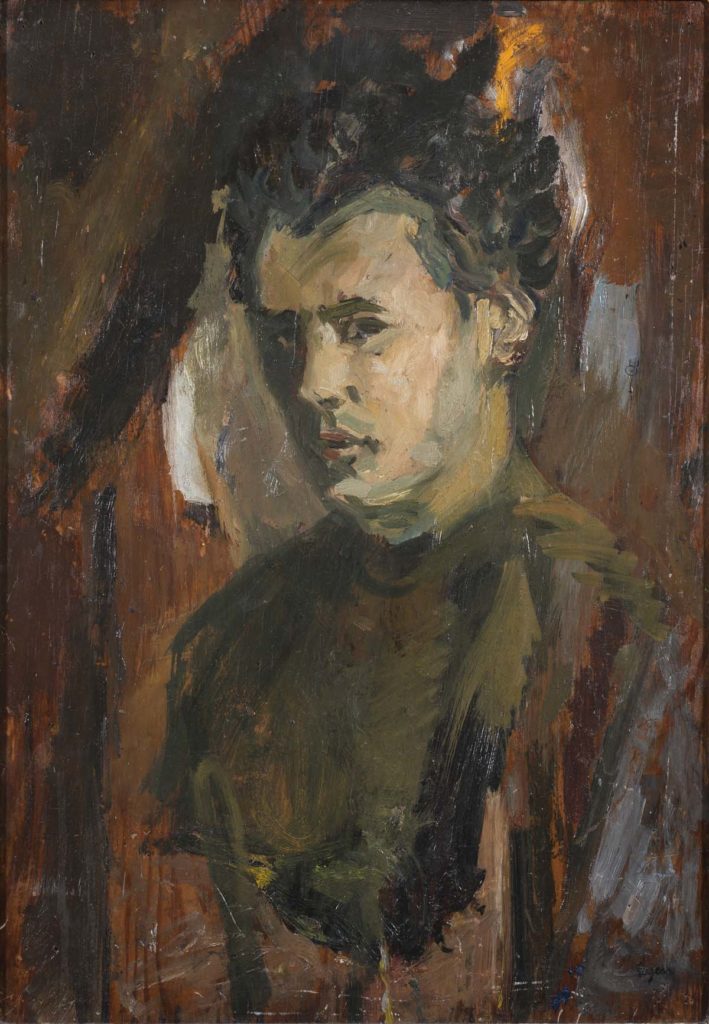 Further highlights charting their diverging paths include: a wooden box painted by Freud in 1937; Minton’s Portrait of Kevin Maybury, 1956, Landscape at Les Baux, 1939, and his self-portrait of circa 1953. There is also a chance to see Ryan’s dramatic Nude among the rocks, Mousehole of 1946 and a Self-portrait of 1944 formerly owned by novelist Rosamond Lehmann.

The exhibition, which is a collaboration between Victoria Art Gallery in Bath and Falmouth Art Gallery, is accompanied by a catalogue and a specially commissioned film by the Italian film maker Isaac Biglioli. The prize-winning author Reina James has contributed a unique astrological essay.

Perhaps the diverse paths of all three of these lives were written in the stars after all?

Freud, Minton, Ryan: unholy trinity is at the Victoria Art Gallery, Bath until September 19 2021 before touring to Falmouth Art Gallery from September 25 to November 20 2021.

Wonderful display of British oil paintings from 17th century to the present day including works by Gainsborough, Barker and Sickert. Over 1,500 decorative arts treasures. Temporary exhibitions. Adopt a Painting needing restoration and be acknowledged in the gallery. Take part in a monthly Store Tour. Discover images of Bath through…

One comment on “Art, sex and death: the unholy trinity of Freud, Minton and Ryan”