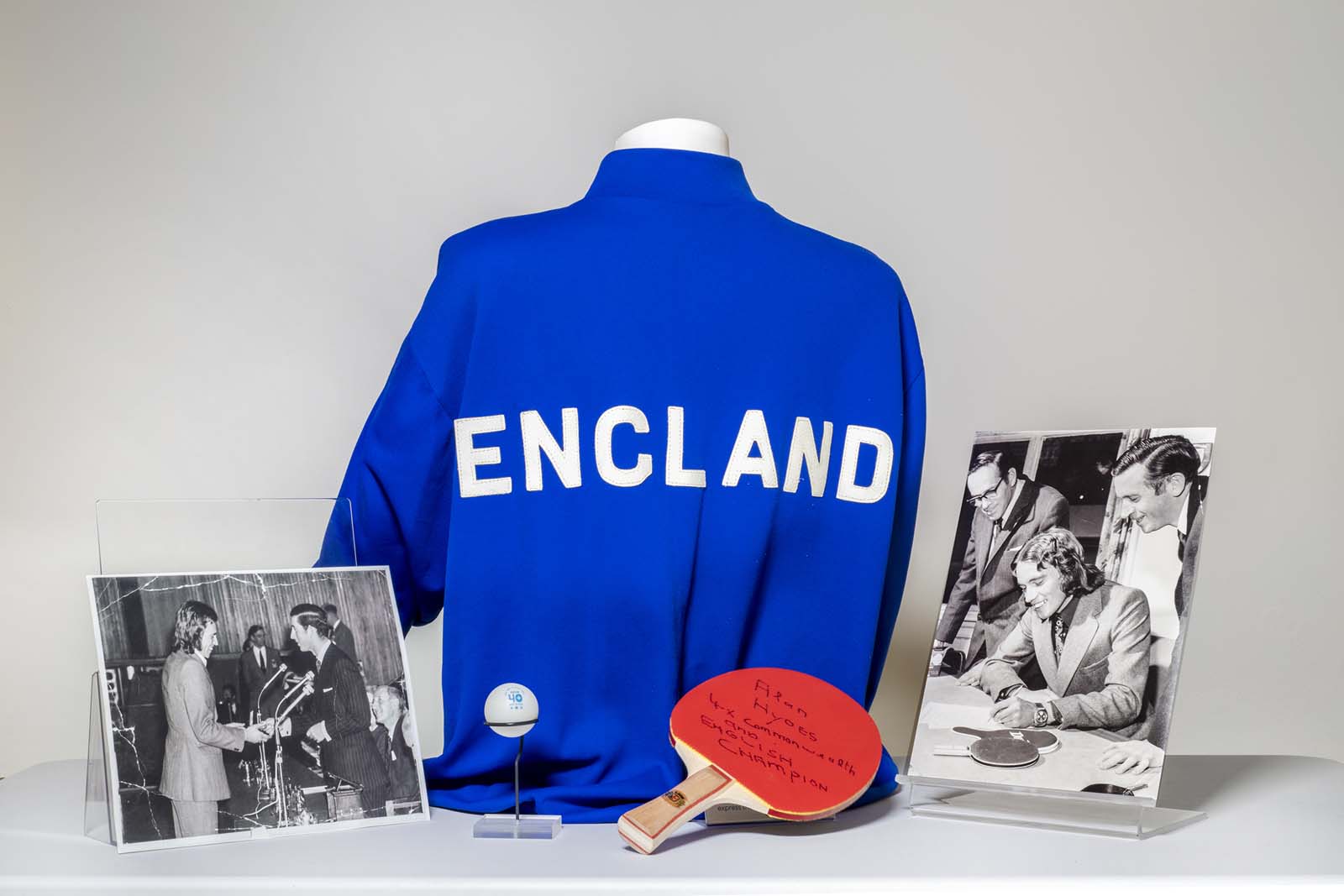 Here at Barnsley Museums we are always uncovering new stories about remarkable local people. One of them, Alan Hydes, was born in 1949 in a working-class household in New Lodge, Barnsley, the son of Lilly and Fred Hydes and brother to twins John and Glyn.

The boys are said to have spent hours throwing a ball against the coal shed at the back of their house and Alan soon developed a great hand eye and spatial co-ordination.

He first played table tennis at Barnsley Boys Club (now the Lamproom Theatre) paying 4 pence a week subs. But with support from his family he soon began to scrape together money for tournaments playing at places locally like the Ring O’ Bells pub, Royston, The Corner Pin in Barnsley Town centre and the Lundwood Hotel. He quickly became so dedicated that he was playing table tennis seven days a week.

In 1961 his mother had bought him a racket covered with rubber from the local Co-op for 50 shillings and by February 1963, when he was just 13 years old, his grandad gave him the money to compete in the South Yorkshire Open in Sheffield. In 1963 he received the “Most promising junior in England” award after making his debut against West Germany as youngest player to represent England junior team aged just 14 . 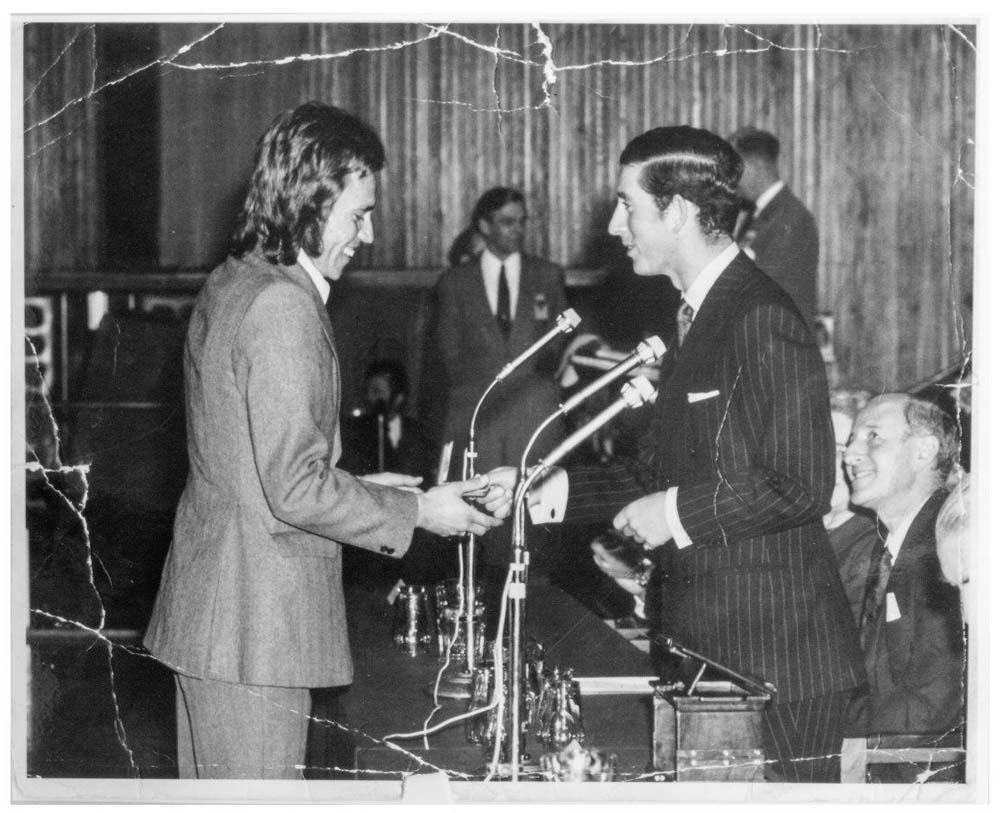 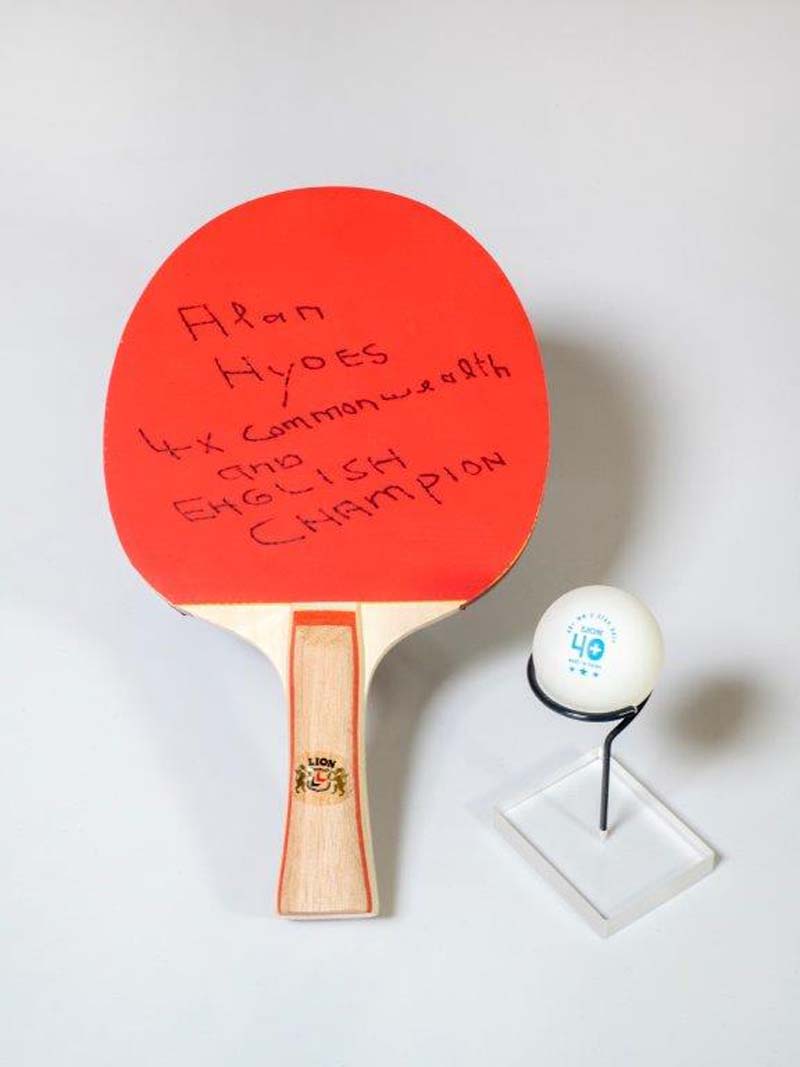 Alan Hydes’ bat and ball in the collection of Barnsley Museum.

In all he won five English National Table Tennis Championships titles and in 1968 was selected to play at the European Championships in Lyon. In 1969 he beat the Russian number one ranked player in Munich, before beating the world champion in Hungary soon becoming the ranked 6th player in the world.

Alan saw the world playing table tennis, competing in Moscow 1970, Nygoya 1971, Rotterdam 1972, Novi Sad 1973 to name just a few. One particular highlight of his career was his role in ‘Ping Pong Diplomacy’ between East and West at the height of the Vietnam War.

He was competing in Japan when the Chinese government invited the UK and USA teams to China to play table tennis. China was very much closed to the West at this time and Alan can remember being escorted by UK soldiers across the ‘no man’s land’ bridge that linked Hong Kong to China. 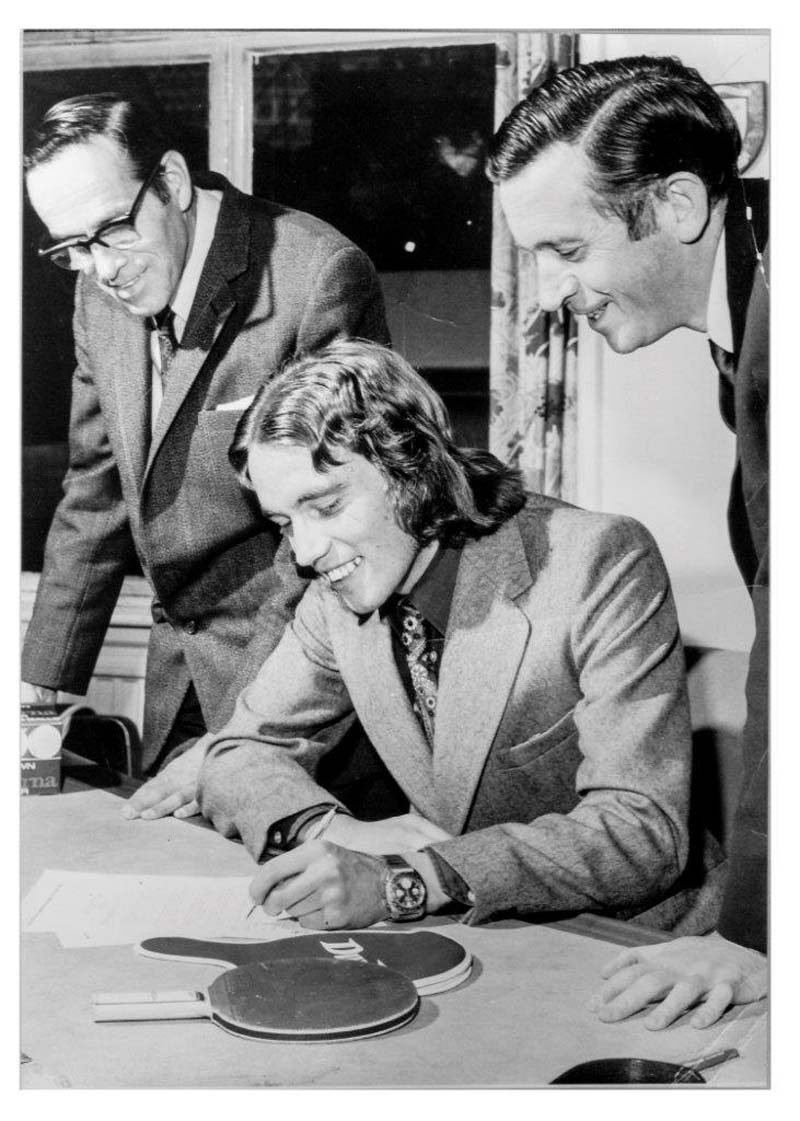 Alan went on the coach the New Zealand table tennis team and became vice president of the Table Tennis Federation chosen by the then President Roy Evans OBE. He also saw commercial success with Dunlop as he designed lighter bats and modernised the equipment of the game drawing on his own experience.

In January 1976 the company produced its first range of bats with reversed sponge rubber called the Alan Hydes range before Alan set up his own company Lion Sport in 1988.

Experience Barnsley Museum and Discovery Centre is dedicated to the history and people of Barnsley. Visitors will uncover the incredible story of Barnsley told through centuries-old artefacts, documents, films and recordings that have been donated by people living and working in the borough. Unique, hands-on and interactive exhibits encourage visitors…