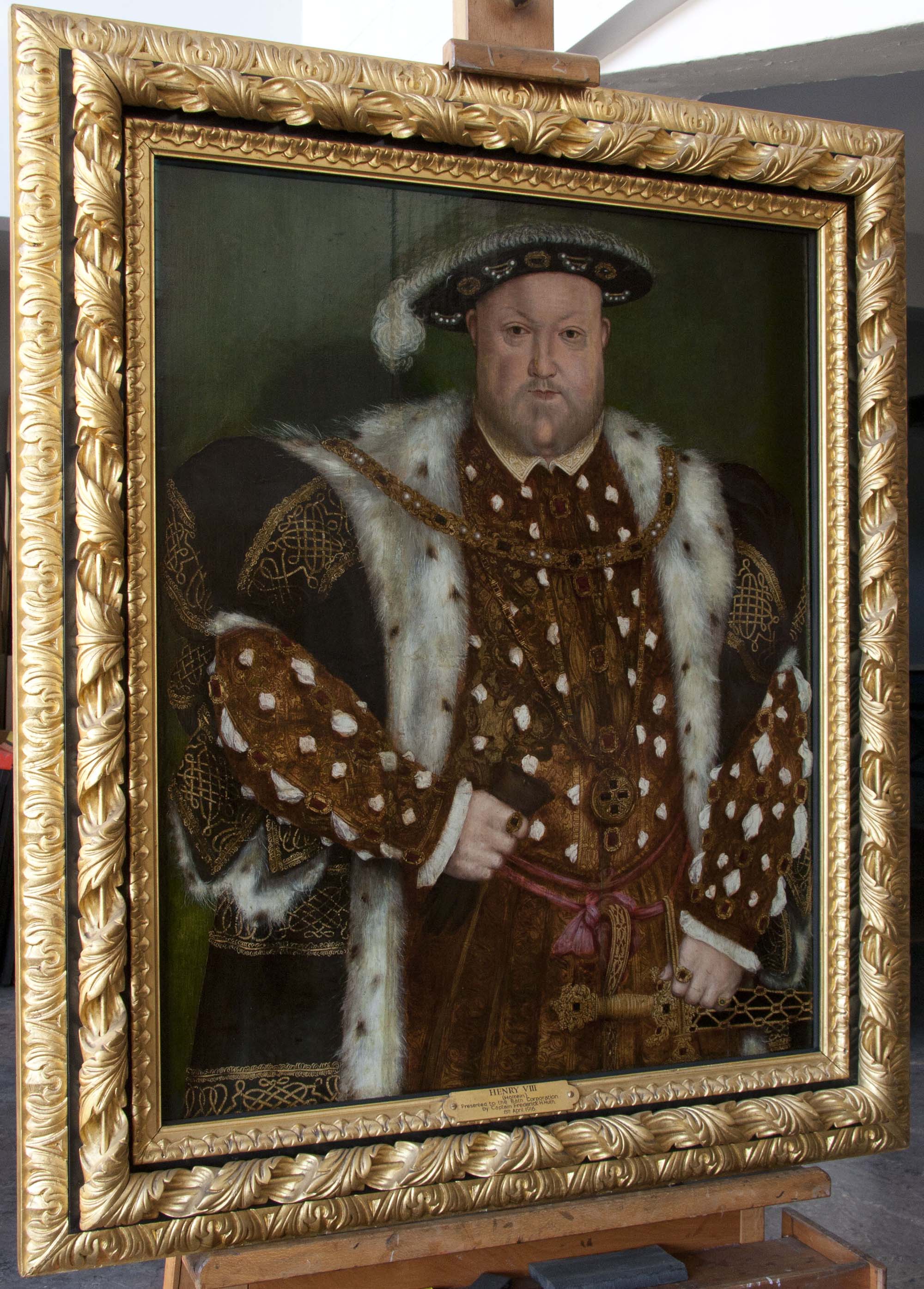 During the 19th century, a rather charming portrait of Henry VIII from an unknown artist fell into the hands of Bath & North East Somerset council.

It had always been recognised as a fine painting – perhaps a later copy – but after essential conservation work was undertaken it has been discovered that it was no 1800’s artwork but a genuine Tudor original.

Dendrochronological testing, which is looking at tree rings to date the wood it was painted on, revealed that it was made between 1537 and 1557. Henry himself died in 1547 and the painting could have been made either during his reign or in the chaos that followed during the rules of Edward VI, Lady Jane Grey and ‘Bloody’ Mary I.

It is likely a copy of the famous Whitehall Mural that has become the enduring image of Henry VIII. The mural, painted in 1536-7 by Hans Holbein, was destroyed by fire in 1698 and lives on through its replicas.

The painting now becomes one of the oldest and finest quality Tudor paintings of Henry in the world and will soon return to its display in the Victoria Art Gallery in Bath.

Wonderful display of British oil paintings from 17th century to the present day including works by Gainsborough, Barker and Sickert. Over 1,500 decorative arts treasures. Temporary exhibitions. Adopt a Painting needing restoration and be acknowledged in the gallery. Take part in a monthly Store Tour. Discover images of Bath through…