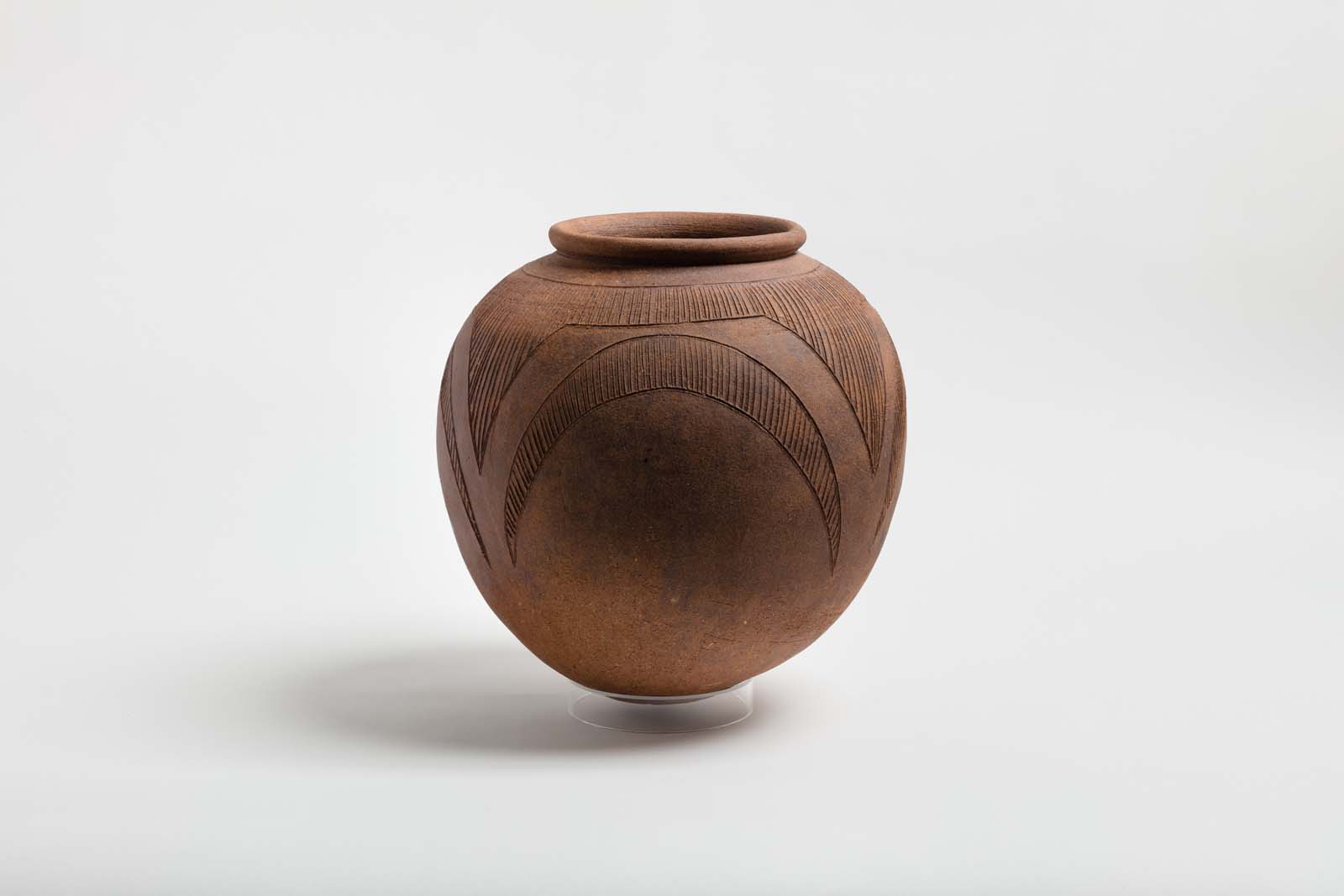 Body Vessel Clay: Black Women, Ceramics & Contemporary Art opening at London’s Two Temple Place in January 2022 promises an exploration of how ceramics have been disrupted, questioned and reimagined by Black women over the last 70 years

In the 1950s, the Pottery Training Centre in Abuja was set up by the British colonial government under the guidance of British potter Michael Cardew to expand Nigeria’s pottery industry and explore new technologies and influences.

It provided a vital moment of rupture in Nigerian modernism when the worlds of indigenous Nigerian and British Studio Pottery came together to galvanise a new wave of creativity.

This creative spark provides the inspiration for this major exploration of African Women and the pottery they have produced in the last 70 years.

It begins with the work of the seminal Nigerian potter, Ladi Kwali (1925-1984), whose arrival at the Pottery Training Centre had a major impact on the revitalisation of the ceramics industry in Nigeria and beyond and is still being felt today. 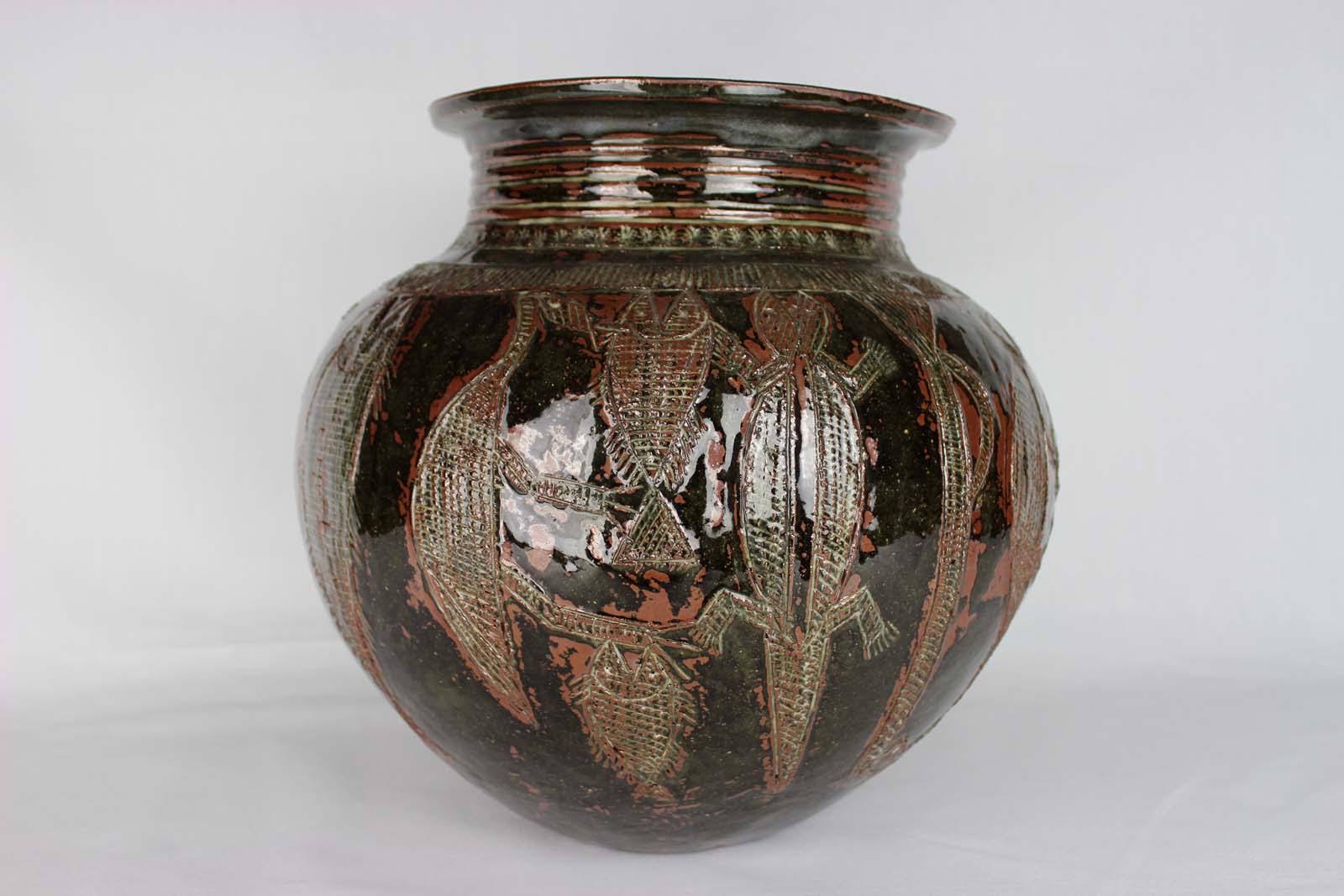 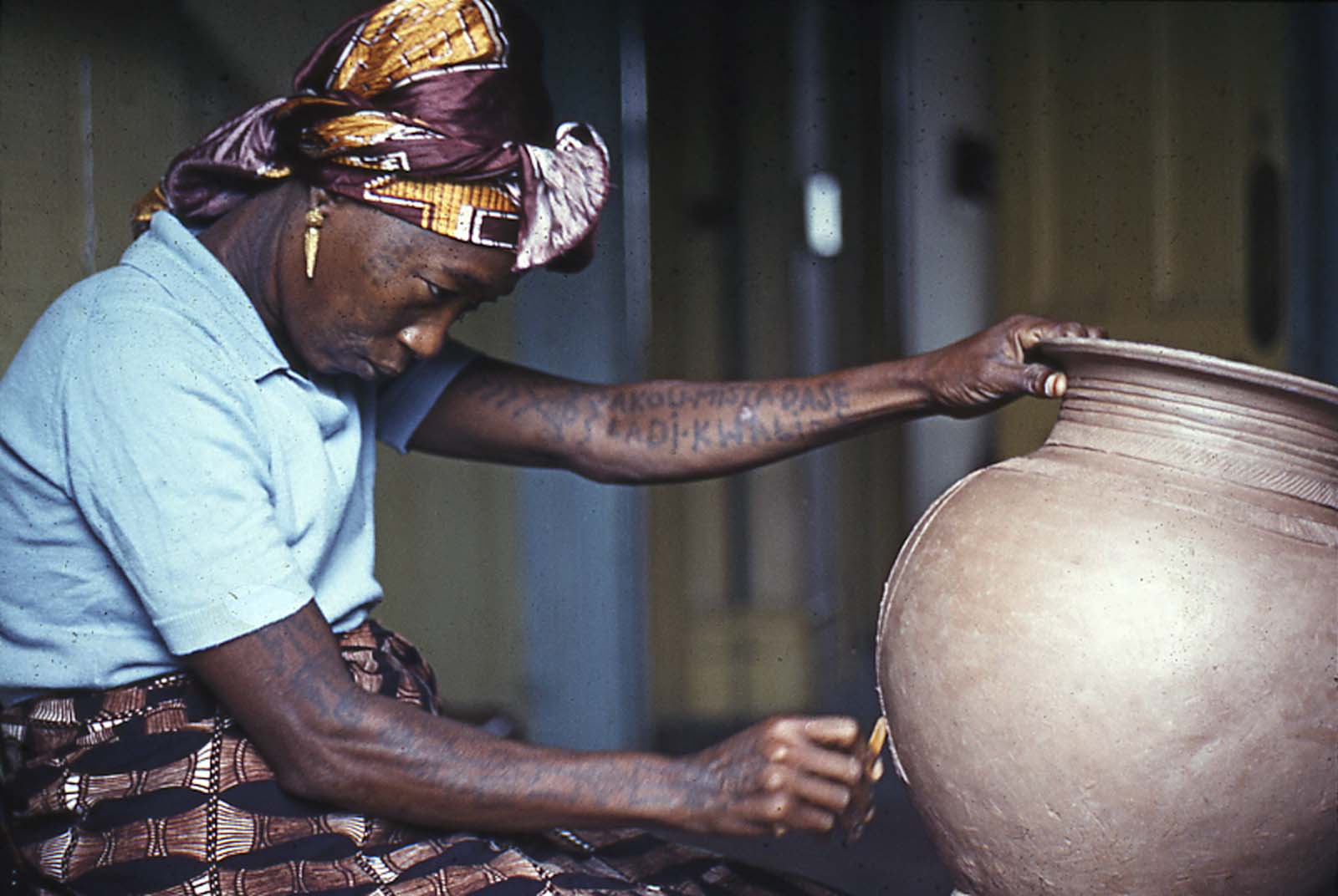 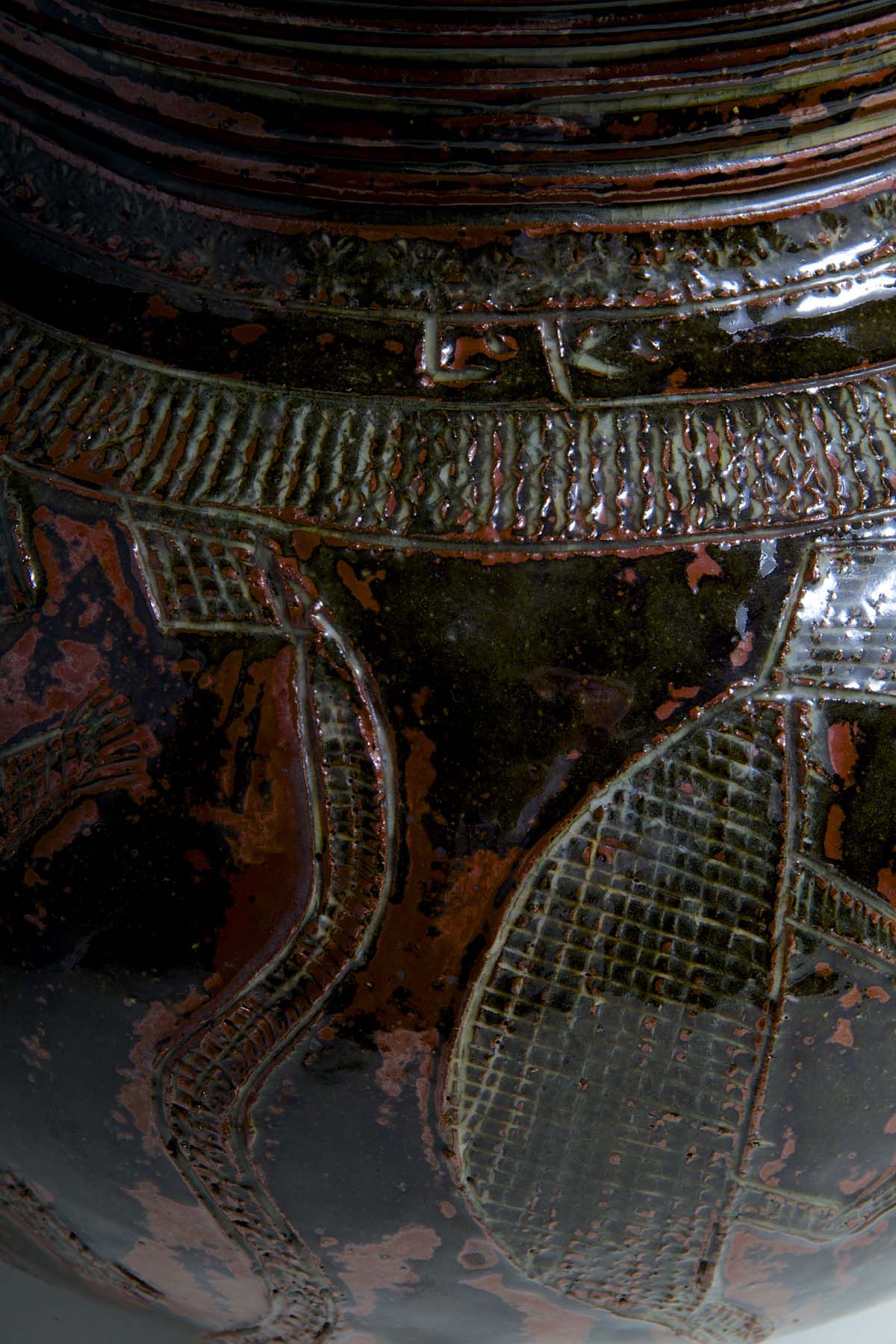 Ladi Kwali had already built a reputation using the traditional method of coiling in the village of Kwali in the Gwari region Northern Nigeria where there was a strong folkloric female tradition of pottery making. But following her period at the Training Centre she became such a key figure in her country’s post-colonial development that she is today featured on the Nigerian 20 Naira note, shown in the process of creating a pot.

As well as examples of her work, archival material from the Abuja years provides an overview of life at the Training Centre at the point at which Nigeria was emerging from British rule and when Ladi Kwali was achieving international renown.

The exhibition explores this rich legacy by reinterpreting the line of Ladi Kwali’s influence via a selection of pots made by Dame Magdalene Odundo during her time in Abuja together with younger women potters with a connection to Africa and Ladi Kwali’s legacy.

Odundo met Ladi Kwali in 1974 and her work demonstrates the techniques that she learned through her time working alongside her, learning Gwari traditional techniques that influenced her developing style.

“I was in awe of Ladi Kwali – she had an amazing presence,” says Odundo, whose work is widely represented in international collections. “Every time I walk around my work, I think of her. She opened up my horizons.

“I started appreciating [through her work] the longevity and universality of the art in other African countries. The work of Ladi Kwali was absolutely poetic. She had a sense of geometry in her bones, and could see form as it was being made.”

Odundo’s work will be shown alongside new and historical work by a range of women potters including Bisila Noha, a London-based ceramicist of Spanish and Equatorial Guinean heritage who has conducted her own research and explorations into Ladi Kwali’s practice and influence.

Although, like many British studio potters, Noha has been influenced by Japanese ceramics, she has made her own journey back through her practice to forgotten Black African female potters like Ladi Kwali and Kouame Kakaha from Ivory Coast. Noha’s project, Searching for Kouame Kakaha: A celebration of the unnamed women of clay; our shared mothers and grandmother, aims to redress the fact that pottery, especially that made by women in the Global South, has been ignored, sometimes belittled and often forgotten. 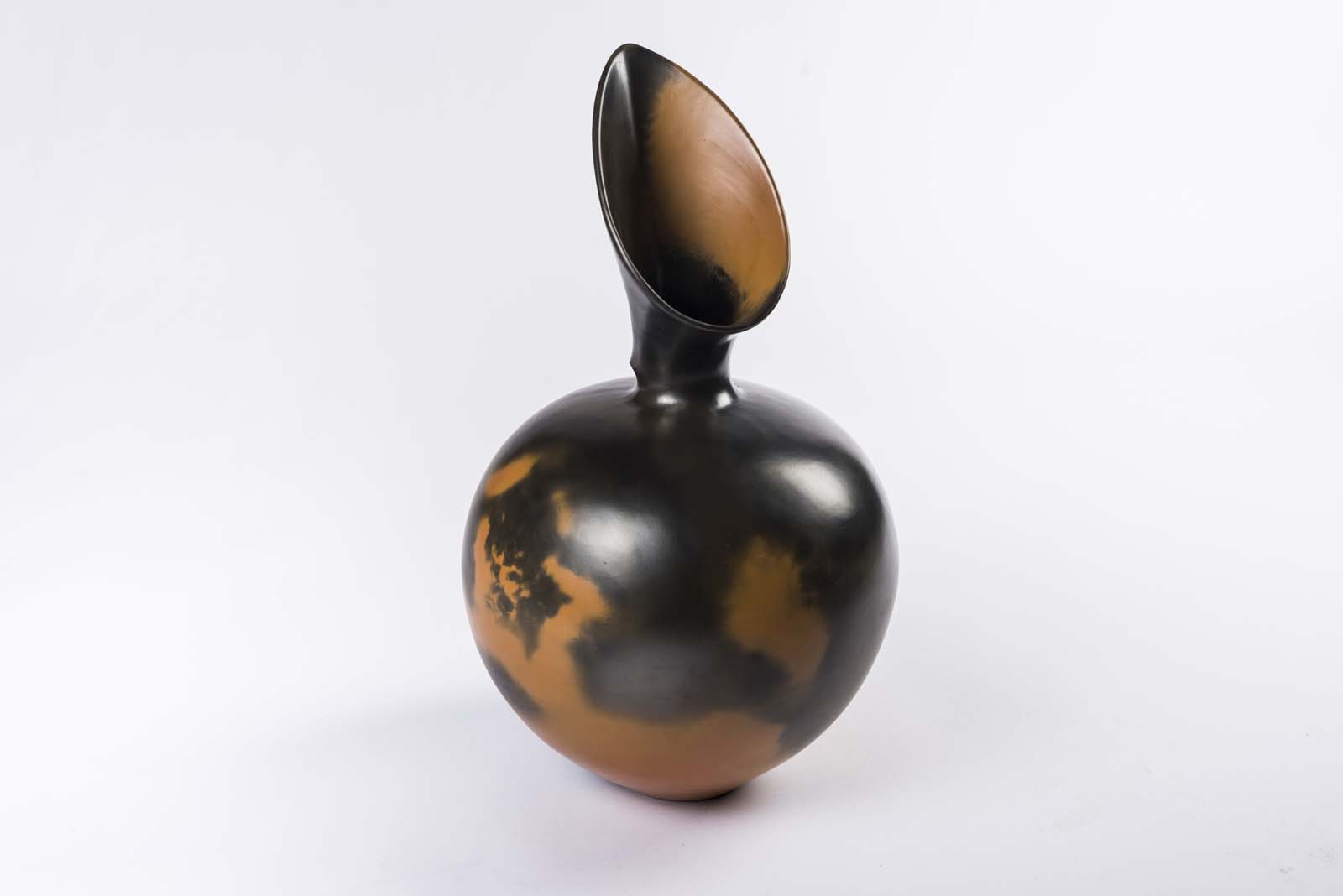 Magdalene Odundo, Burnished jar with top flared on one side, red and black, 1984. © The Artist. Courtesy of York Museums Trust (York Art Gallery) 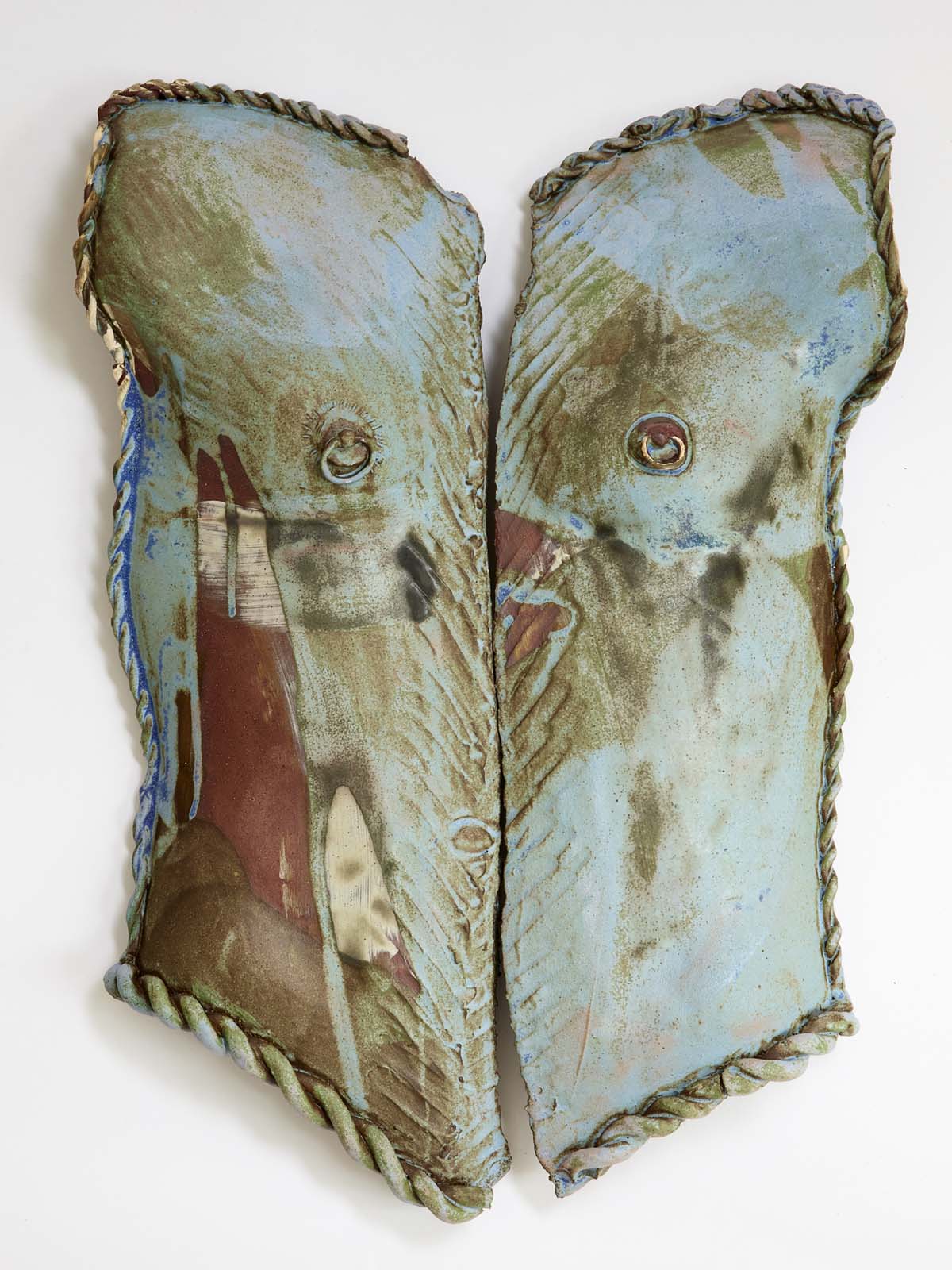 Phoebe Collings-James, The Subtle Rules of the Fragmented Torso, 2021. Courtesy of the Artist. Photo: Rob Harris 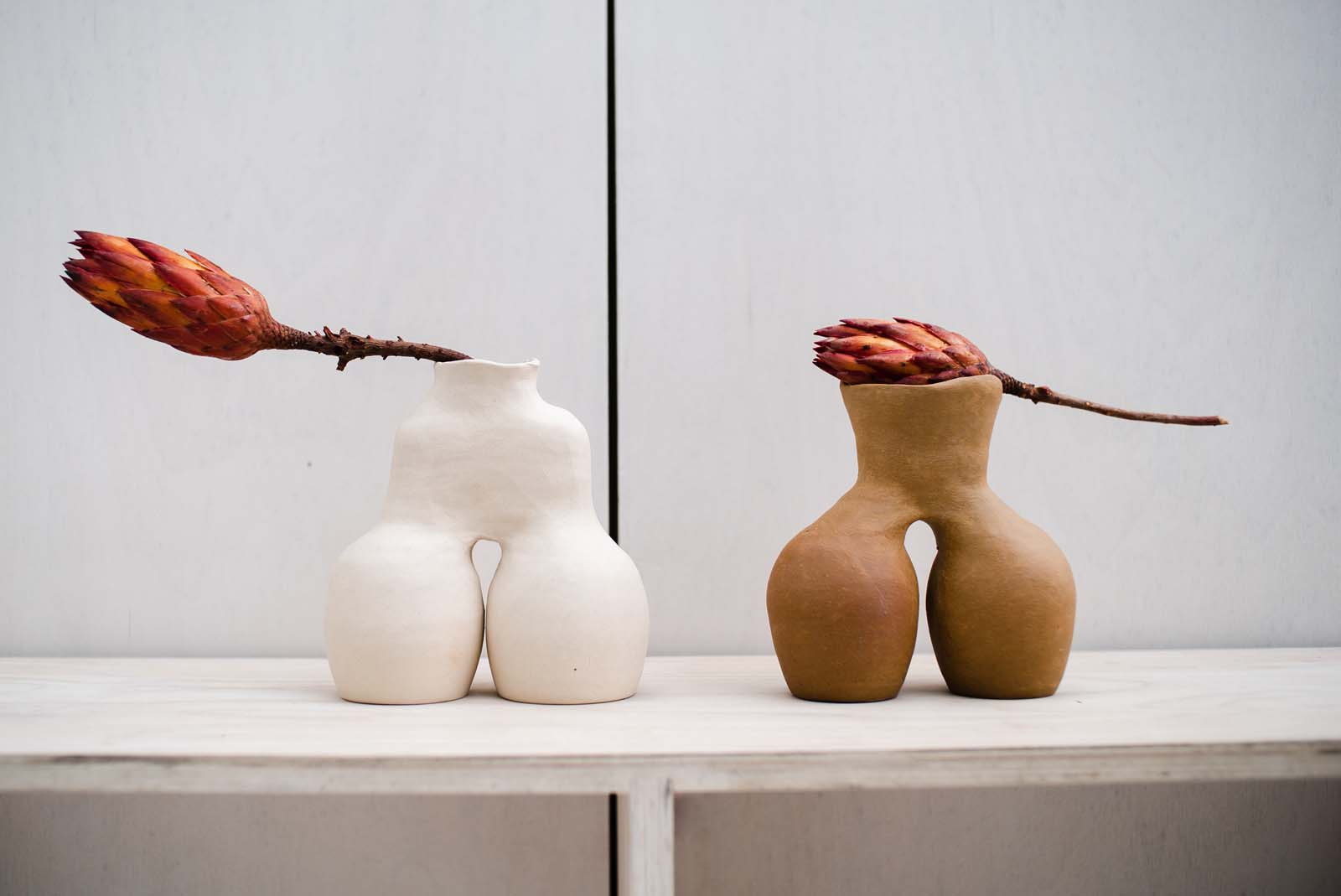 The influence of Lady Kwali on this younger generation of international Black women artists can also be seen in the work of potters Phoebe Collings-James, Shawanda Corbett and Jade Monsterrat whose practices encompass performance, sculptural installation and moving image.

Collings-James presents new work from The subtle rules the dense (2021-ongoing), a group of torso casings that resemble Roman armour plates, relics of the reckless pursuit of conflict.

The sculptures continue her study of ceramic forms through an engagement with what she describes as “tenderness, eroticism and the haptic qualities of the medium as it transforms, receives impressions, yields to wheel-thrown and hand-built techniques, and layers of slips and oxides.”

Jade Montserrat’s performance for camera, Clay, (2015, filmed by Webb-Ellis), sees the artist immerse her body into the landscape in repetitive acts that recreate, dig and build with clay while New York born Shawanda Corbett’s ceramic sculptures explore common tropes from “the Hood”, in which characters are often invisible or reduced to stereotypes and are shown together with contemporary choregraphed dance routines against a background of jazz music.

Each of the artists in Body Vessel Clay share a deep fascination with testing the medium’s properties to render personal, political collective and visionary new aesthetics.

“I grew up in Nigeria in the 1990s and was re-introduced to Ladi Kwali when the 20 Naira note was re-designed to include her image at the throwing wheel on the reverse side,” says the exhibition curator Dr Jareh Das.

“Years later, an encounter with Abuja Pottery at a UK museum spurred a return to Ladi Kwali and her astounding achievements as a leading figure existing in the worlds of Nigerian pottery and British Studio Pottery.

“Body Vessel Clay begins with recognising the hybrid and radical practice of Ladi Kwali through to the contemporary generation of Black women artists reimagining the material in new ways as a time-based medium with performative qualities.

“This exhibition attends to clay’s transformative, haptic, malleable and metaphoric potential, whilst situating ceramics as a continually expanding field.” 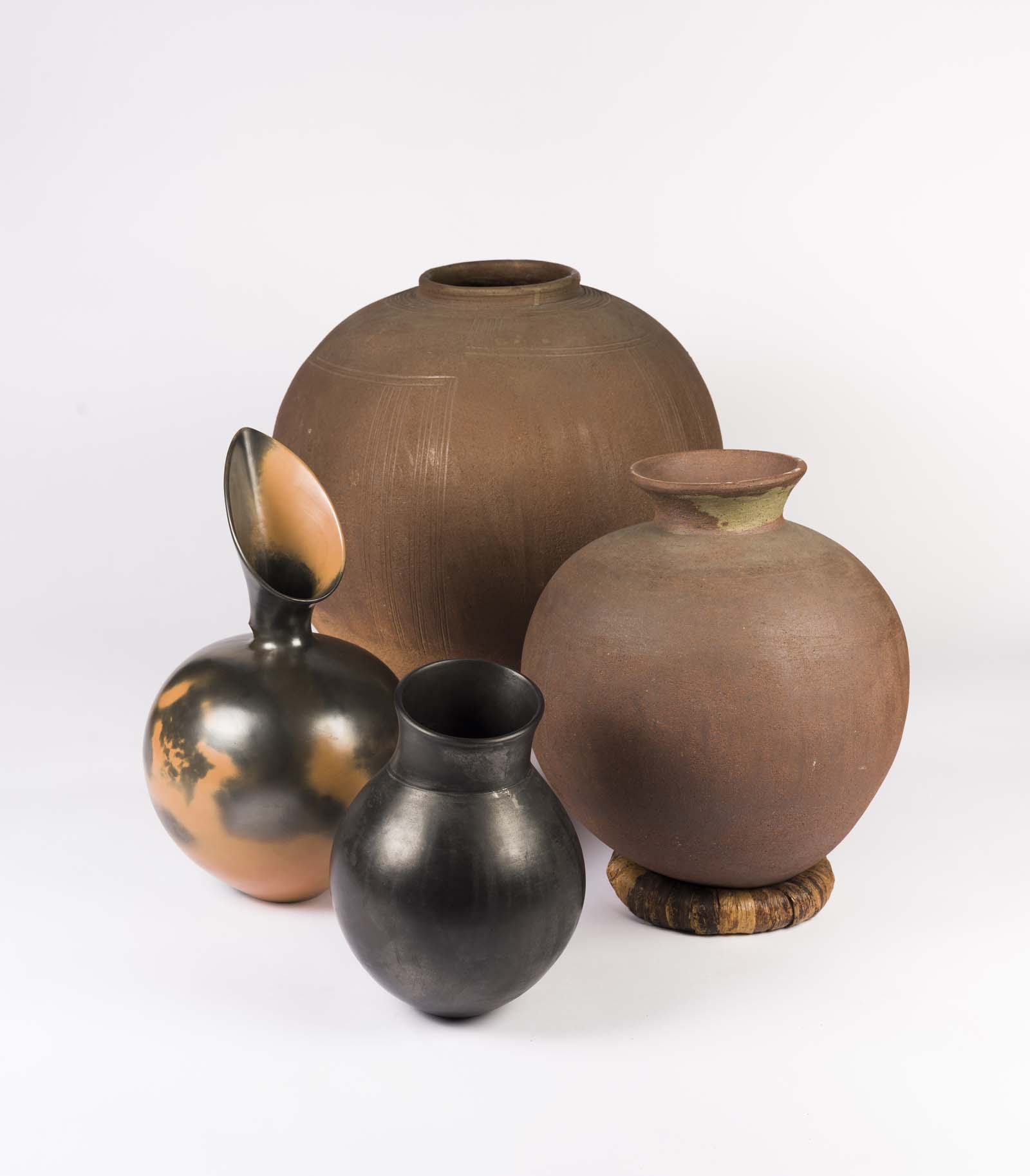 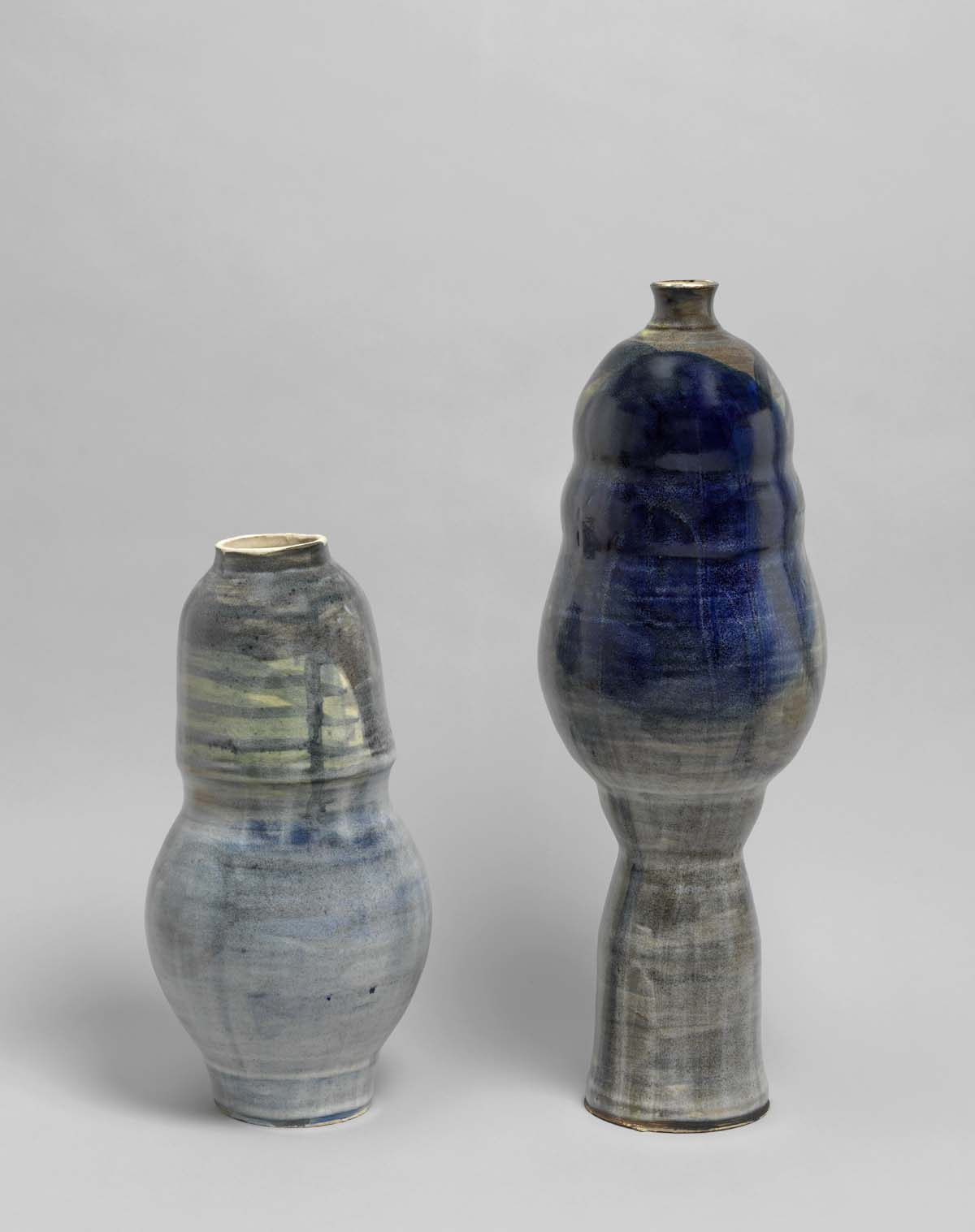