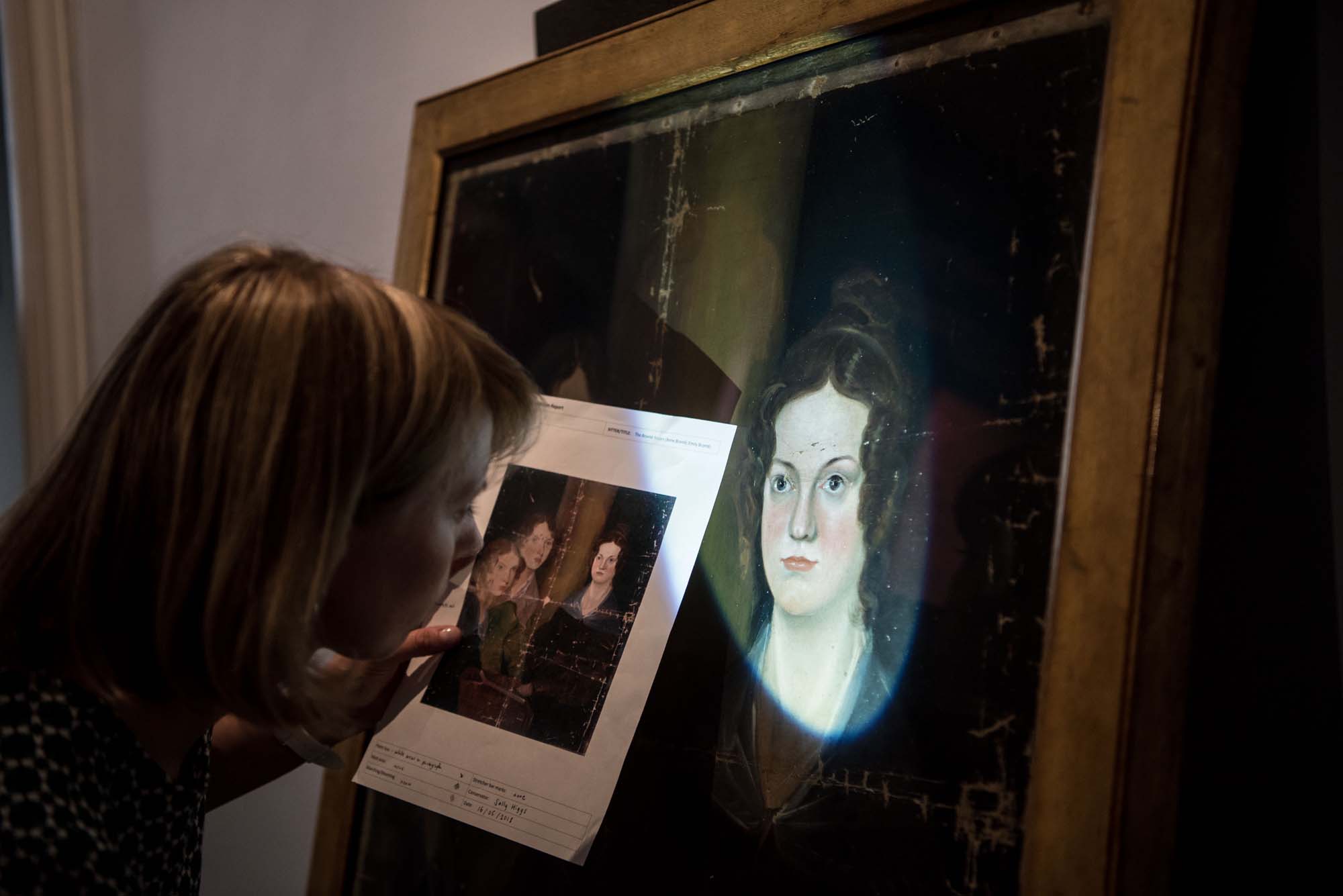 If you are yet to make the pilgrimage to Haworth and the Parsonage home of the Brontës, perhaps now is a good time to take the plunge.

As well as drinking in the atmosphere – thankfully less acrid or fatal than it was in Charlotte, Emily and Anne’s day – you can now see Branwell Brontë’s famous group portrait of his literary sisters, on display in the place where it was originally painted.

The group painting, complete with its spectral green pillar which most experts agree is the result of Branwell Brontë painting himself out, is back in Haworth for the first time since 1984 as part of the celebrations marking the 200th anniversary of Emily Brontë’s birth.

And, as all aficionados of the Brontës know, this Holy Grail of literary paintings comes with an interesting story. 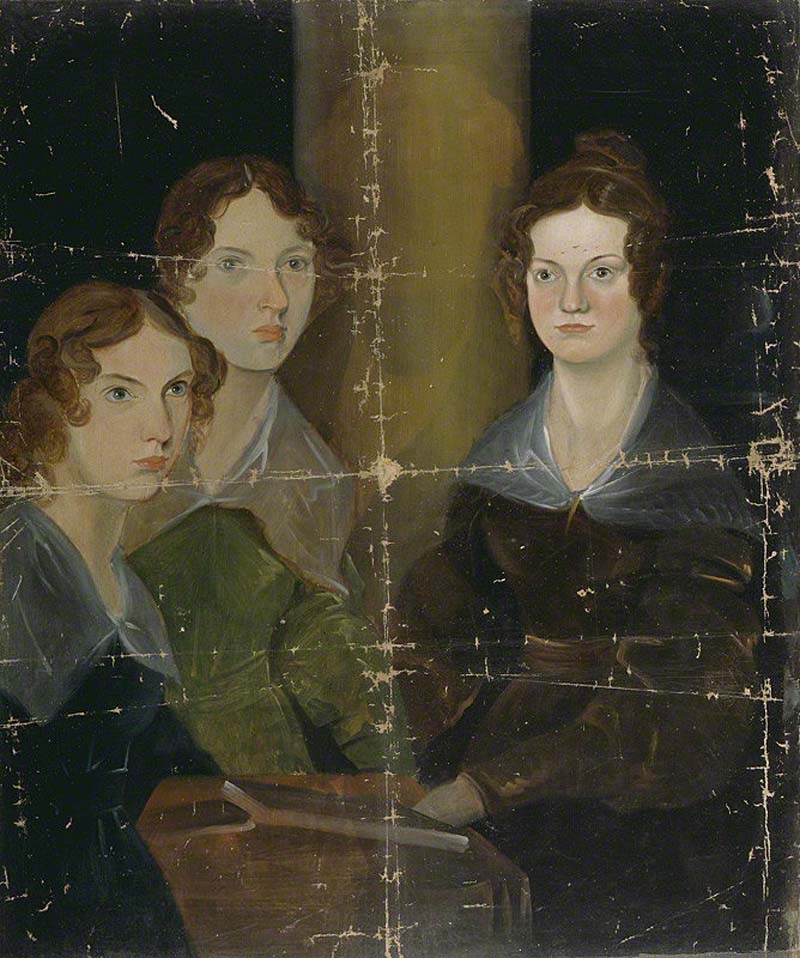 Painted around 1834, it was considered lost for many years until its discovery in 1914, folded in four on the top of a wardrobe in the Irish farmhouse home of Charlotte’s Brontë’s husband, Reverend Bell Nicholls, by his widow Mary Anna Bell.

It is said that Nicholls, who was briefly married to Charlotte for the last nine months of her life, disliked the painting, as did Charlotte (who died in 1855), but he couldn’t bring himself to dispose of it. So it remained hidden and forgotten along with another fragmentary Branwell portrait of Emily Brontë, which is also now in the collection of the National Portrait Gallery.

Add in to the mix that everyone in the picture was dead within 21 years of its production and you have a painting rich with myth and ripe for veneration. The folds certainly give Branwell’s portrait, which Elizabeth Gaskell famously described in her Life of Charlotte Brontë, as a “rough, common-looking oil painting”, a timeworn air that befits the young Brontë girls’ posthumous fame.

Gaskell, who was shown it by Charlotte Brontë in 1853, also described it as: “not much better than sign painting, as to manipulation; but the likenesses were, I should think, admirable.”

But for Ann Dinsdale, Principle Curator at the Brontë Parsonage Museum, the painting’s return is a “special moment”. 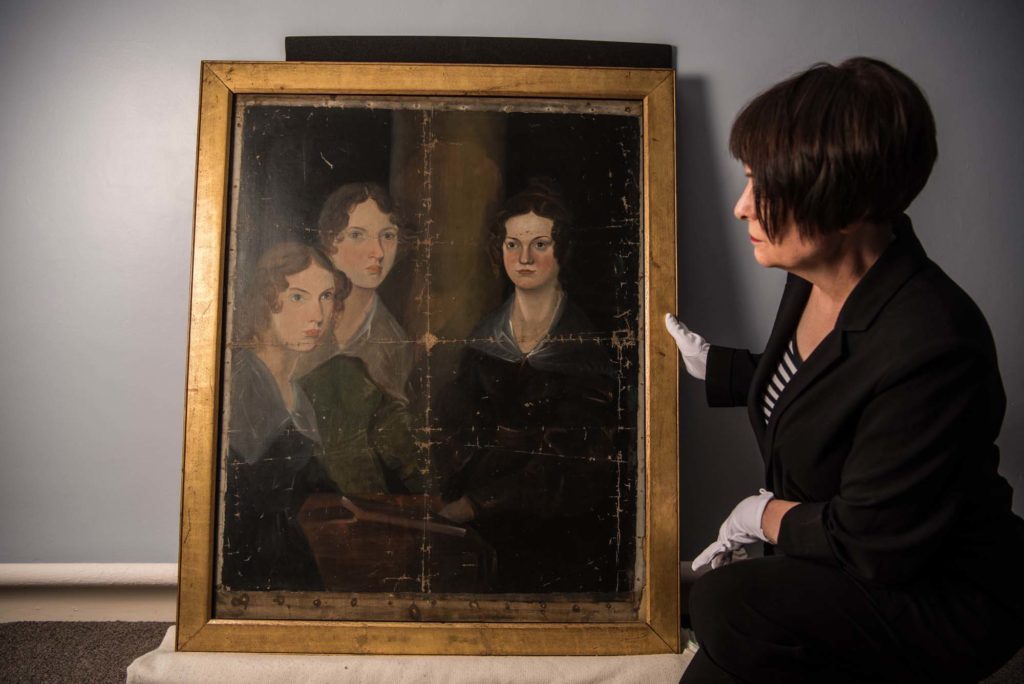 “Visitors always ask questions about a copy that we have on display year-round at the Museum” she says, “and it feels fitting that the original painting has returned home to the Parsonage where it was painted, as part of our year-long celebrations around Emily’s birth.”

Dr Nicholas Cullinan, Director of the National Portrait Gallery and a bit of a Brontë fan, agrees.

“I grew up a few miles from Haworth, used to visit the Parsonage Museum often and look at the reproduction of Branwell Brontë’s portrait of his sisters and read that the original was in London,” he says, “so I am absolutely delighted that the National Portrait Gallery is lending one of the treasures of its collection back to Haworth.” 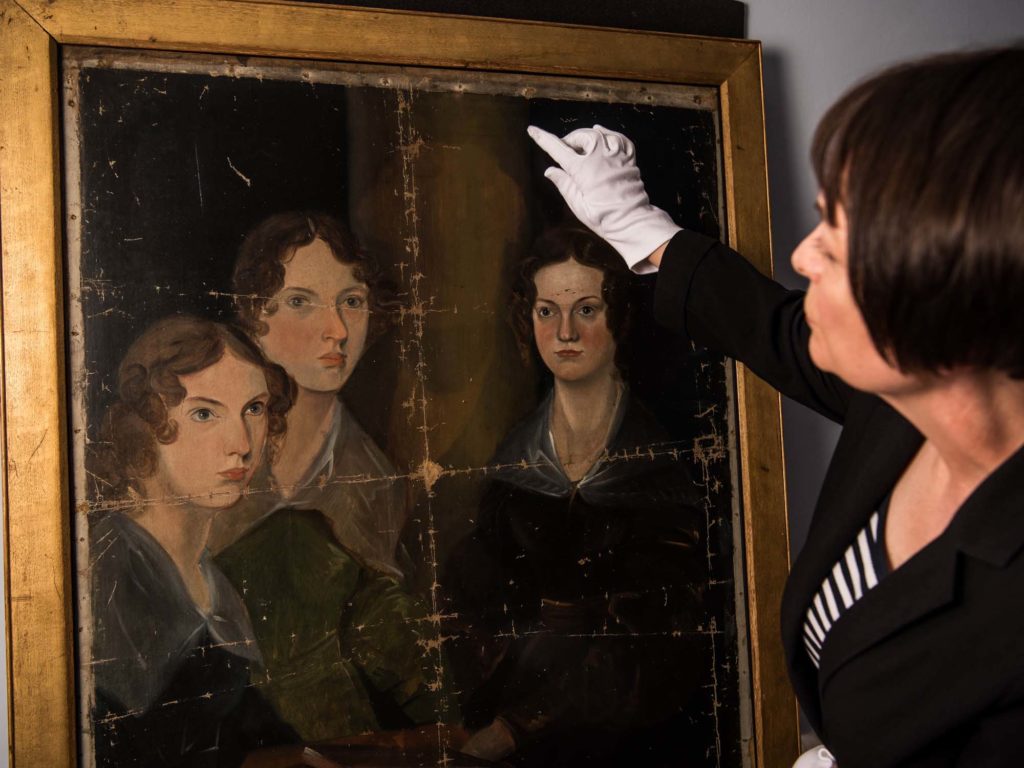 The Brontë Sisters (Anne Brontë; Emily Brontë; Charlotte Brontë) will be displayed at the Brontë Parsonage Museum until August 31 2018. Keep up to date with the Emily Brontë 200 celebrations at www.bronte.org.uk

Founded in 1893, the Brontë Society collects and exhibits material relating to the Brontës’ lives and works and shares it with the widest possible audience through display, online access, reader appointments and a lifelong learning programme. Haworth Parsonage, home of the Brontë family from 1820 to 1861, was gifted to…