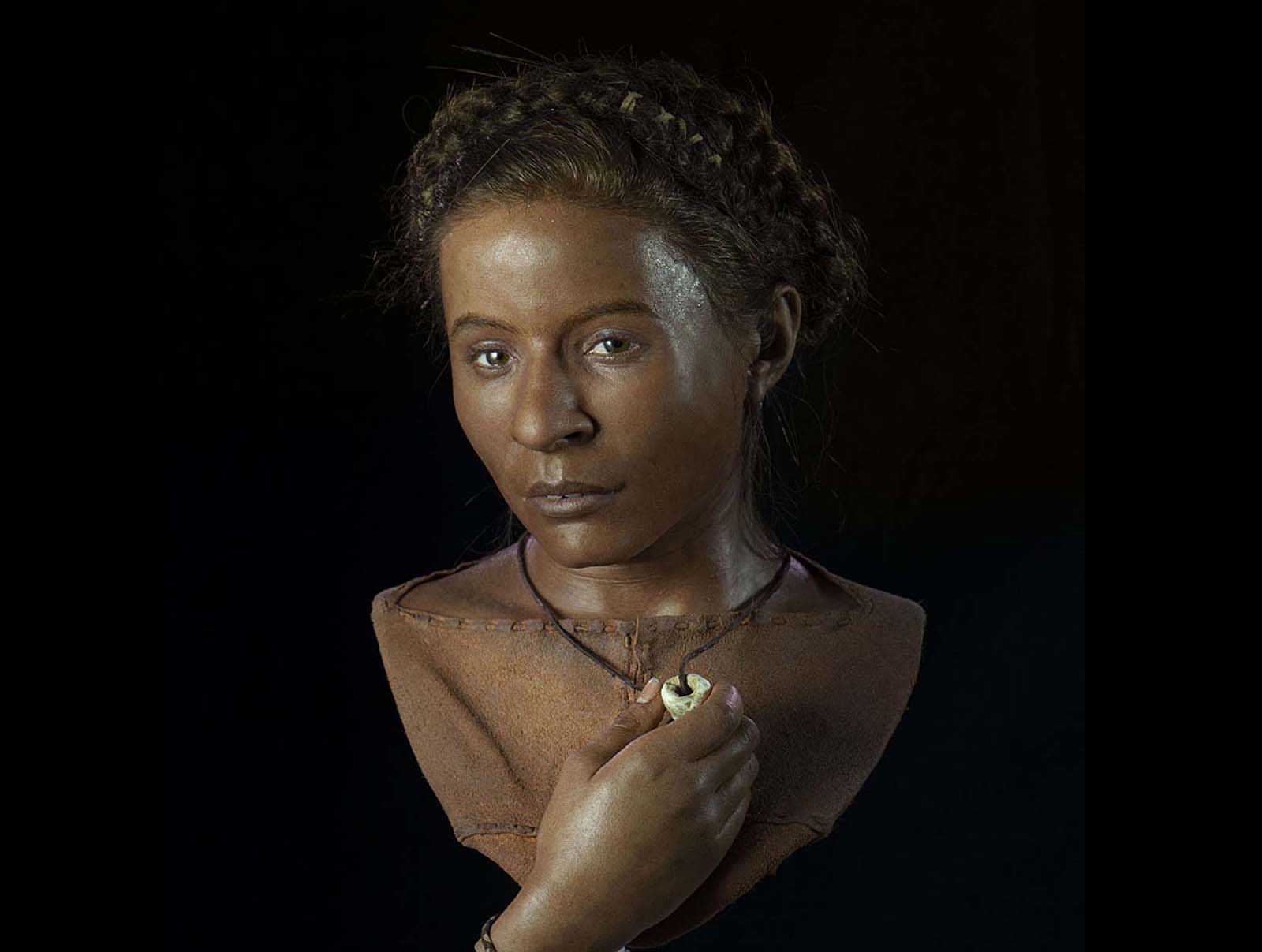 Technology, archaeological finds and the relics of people who lived and died in Brighton over six millennia come imaginatively into play in the new Elaine Evans Archaeology Gallery at Brighton Museum and Art Gallery.

The new cutting edge display in the rear of the venerable local museum next to Brighton Pavilion brings the old school – archaeological objects including pots, axes, hoards and skeletons – and the new – interactives, film and forensic recreations – together for a journey focusing on seven people, five of them early residents of Brighton & Hove who lived from the Neolithic to the Saxon period.

A series of realistic 3D reconstructions show what these Brightonians may have looked like – with a little help from DNA and other scientific analysis, which helped curators understand skin, eye and hair colouring and reveal how different people from a variety of backgrounds and geographical origins settled in Sussex through history.

“Whitehawk woman is probably the best preserved and the oldest,” says Andy Maxted, the Museum’s former Archaeology Curator, of this fascinating grouping of the city’s former residents. Together with museum colleagues, education specialists and the volunteers of the Brighton & Hove Archaeological Society (whose membership includes benefactor Elaine Evans BME), Maxted was heavily involved in getting the gallery off the ground. 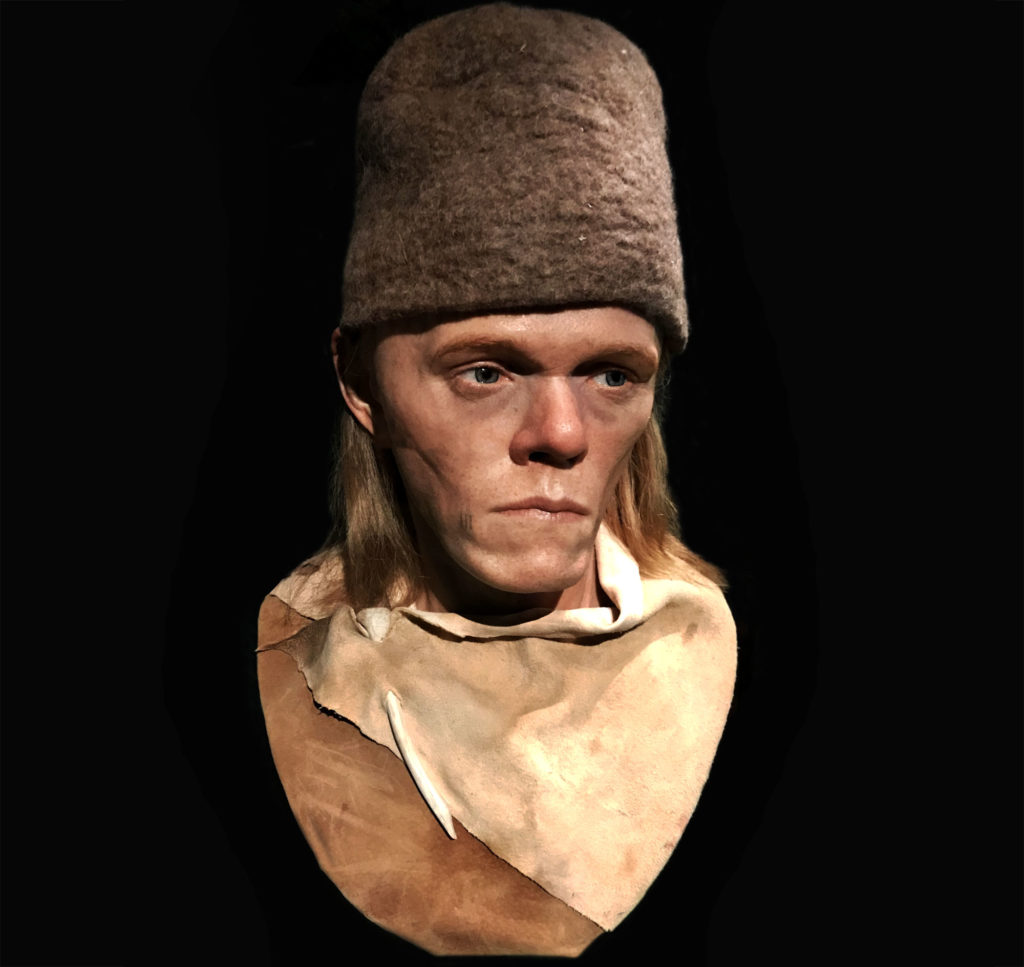 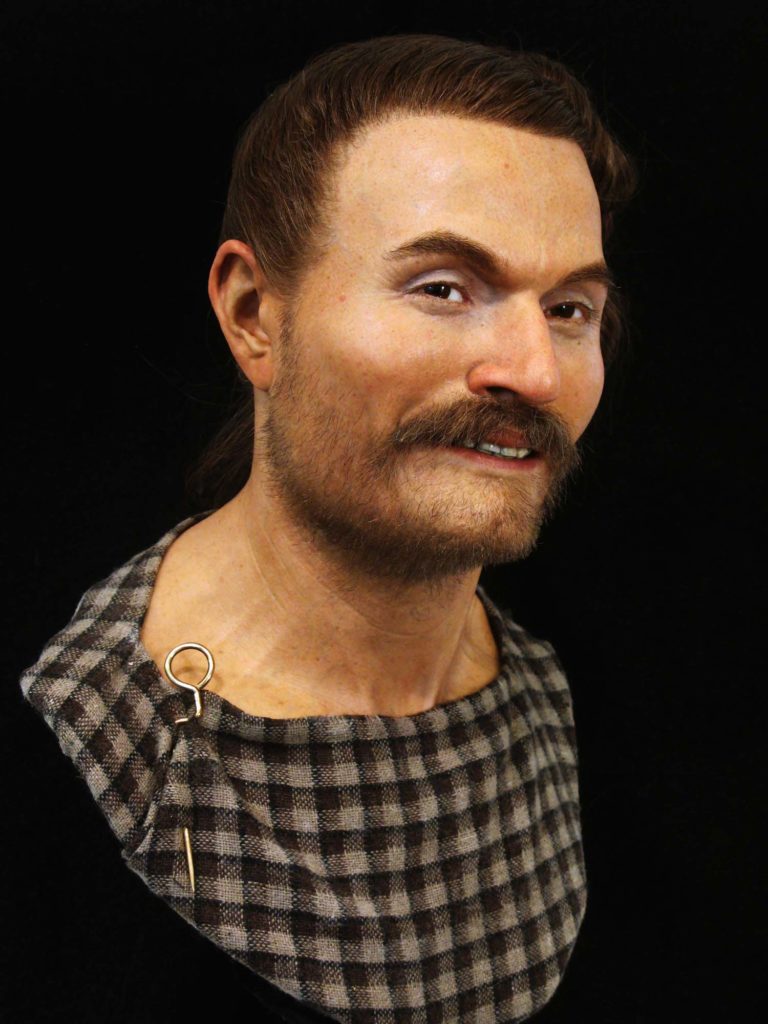 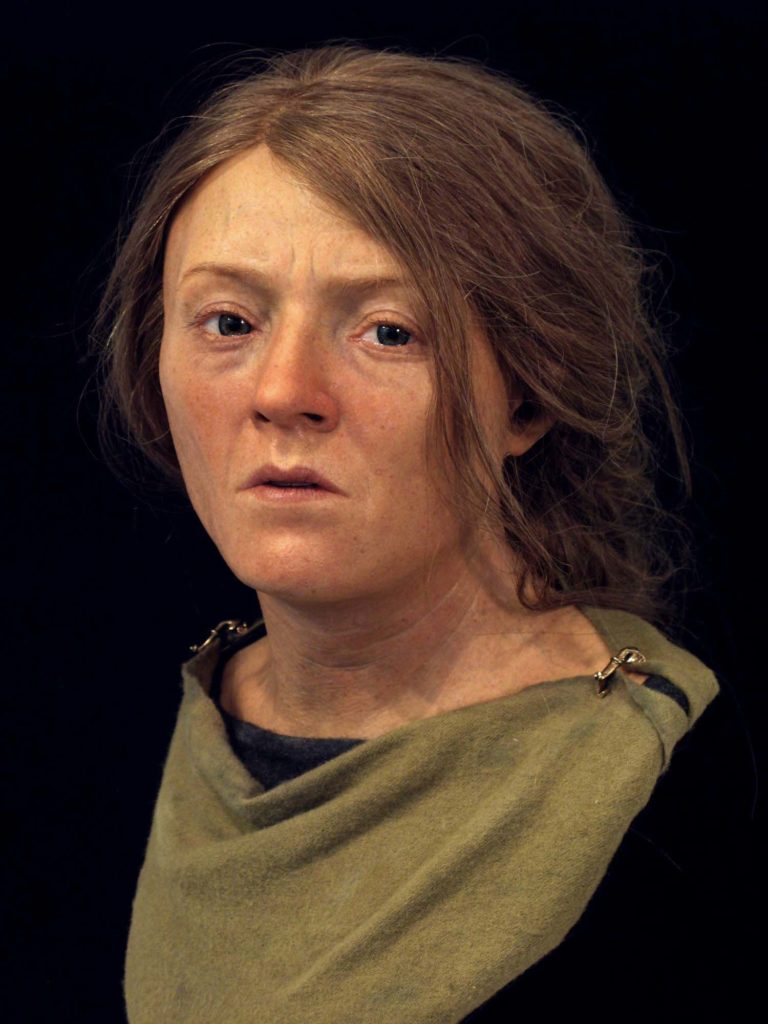 “She was under the floor in the old gallery and everybody remembers her as kids, she has a special part in the museum history,” he continues, “but like all the skeletons, we had the help of scientific experts from the top universities to tell her story.”

This scientific input built a vivid picture of the lives of all five people, which was then sent to the archaeologist and historical facial reconstruction specialist, Oscar D. Nilsson, who worked his magic to produce a series of stunning reconstructions.

“He’s the sort of man who can look at a skull and see how their features are going to work – an unusual chin, a big nose or brow ridge. And they got the best out of him as a forensic facial reconstuctor because they were so interesting. He said he hadn’t ever had the opportunity to follow a series of people through time like this and he really liked it.

“But however you imagine these people, they always turn out slightly different,” adds Maxted who says they followed the advice of the Natural History Museum for the dark skin colour of Whitehawk Woman, who was found near the Whitehawk Causewayed Enclosure, which was built 5,600 years ago (1,000 years before Stonehenge) near to what is now Brighton Racecourse.

Although no DNA was extracted from this old skeleton, the NHM’s recent work on ancient DNA pointed towards brown hair, skin and eyes.

It is thought Whitehawk Woman died in childbirth, but all of them have interesting stories, either related to the science, the position of their burial or their burial goods. 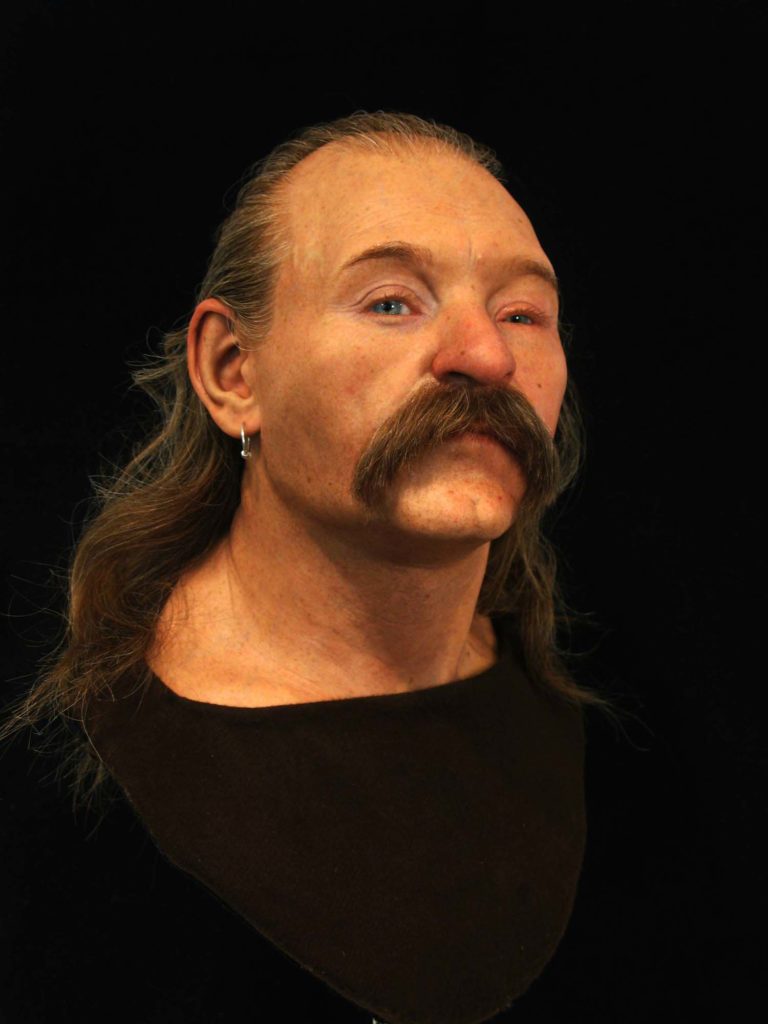 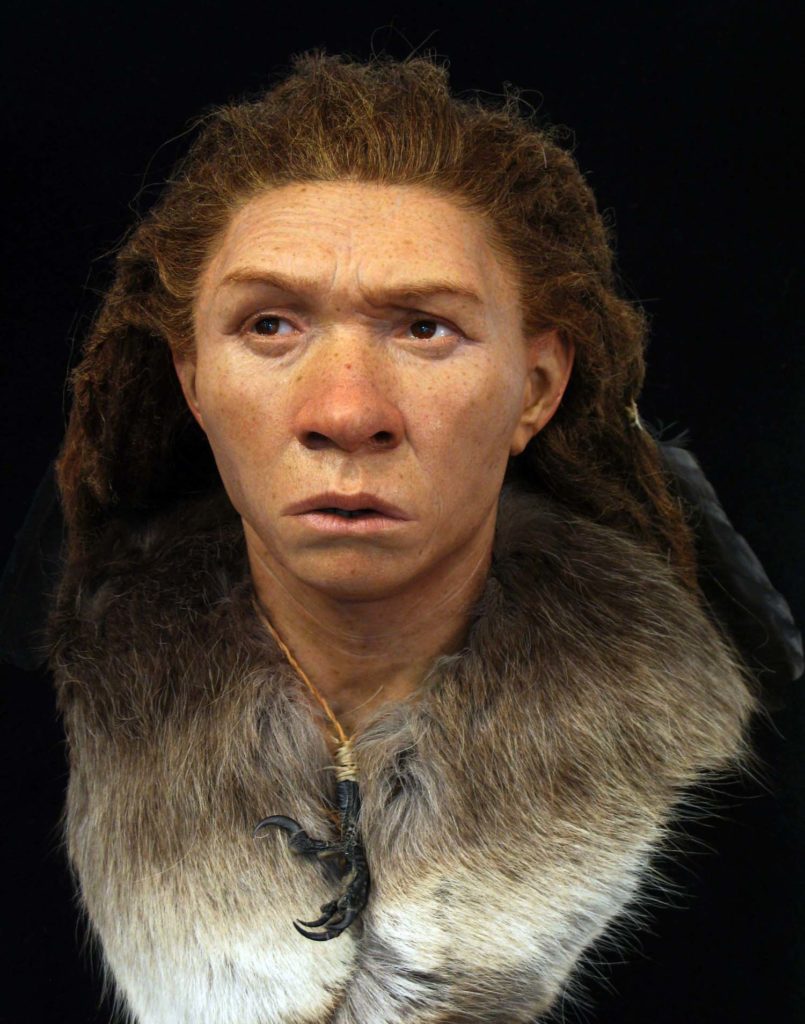 Ditchling Road Man was found with a beaker at his feet, an arrow near his head and sea shells near his mouth. His diet was poor and by the time of his death, aged somewhere between 25 and 35, he was anaemic and weak.

Iron Age Slonk Hill man was buried at the bottom of a storage pit near Shoreham and was 25-30 years old when he died. He was laid to rest on a bed of mussel shells, with a fossilised sea urchin placed above his head.

Patcham Woman, dating from the late Roman period, was buried with a man lying at her feet. There were nails scattered behind her knees and the back of her skull was pierced by a nail.

“There are some graves in Italy, although I haven’t seen anything here, where it’s thought that nails are impaled in the body or scattered over a person after death to fix a body in the grave,” says Maxted.

“There’s a superstition that people will rise after death. So if she was on the fringes of society in a period of anarchy, it may be that there was some feeling that she needed to be fixed. The head of the man buried at her feet is away from hers and there aren’t any other grave goods – this isn’t from a Roman cemetery, so the whole arrangement is really unusual.”

Round the corner and perhaps just a few centuries beyond her is Stafford Road Man, who is thought to have been one of the first Anglo Saxons to settle in the area. Although he was strong and tall (5’ 11”) and lived to between 45-50 years old, he may have succumbed to blood poisoning from the huge open abscess present on his upper jaw. 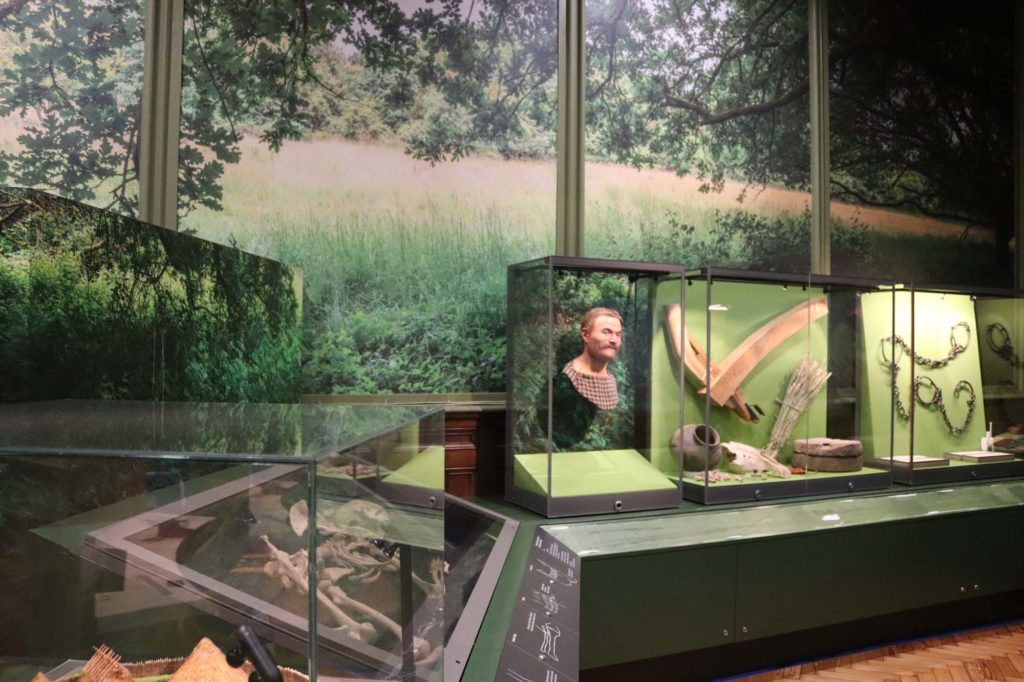 The new archaeology gallery at Brighton Museum and Art Gallery 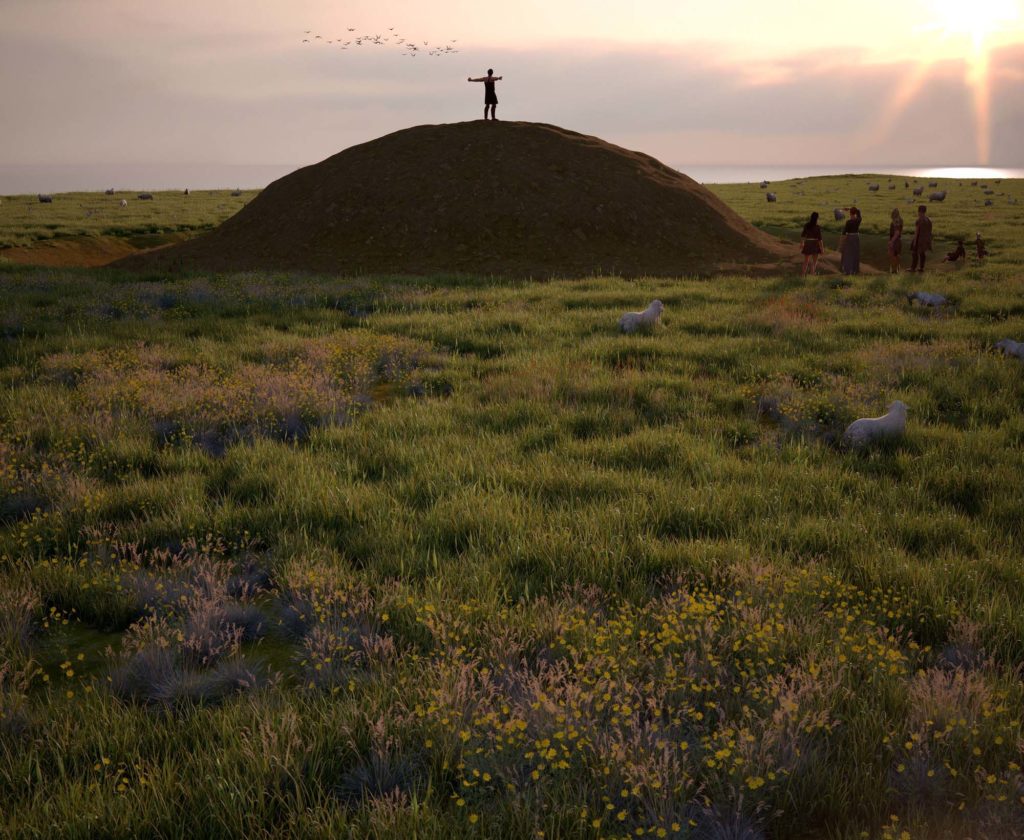 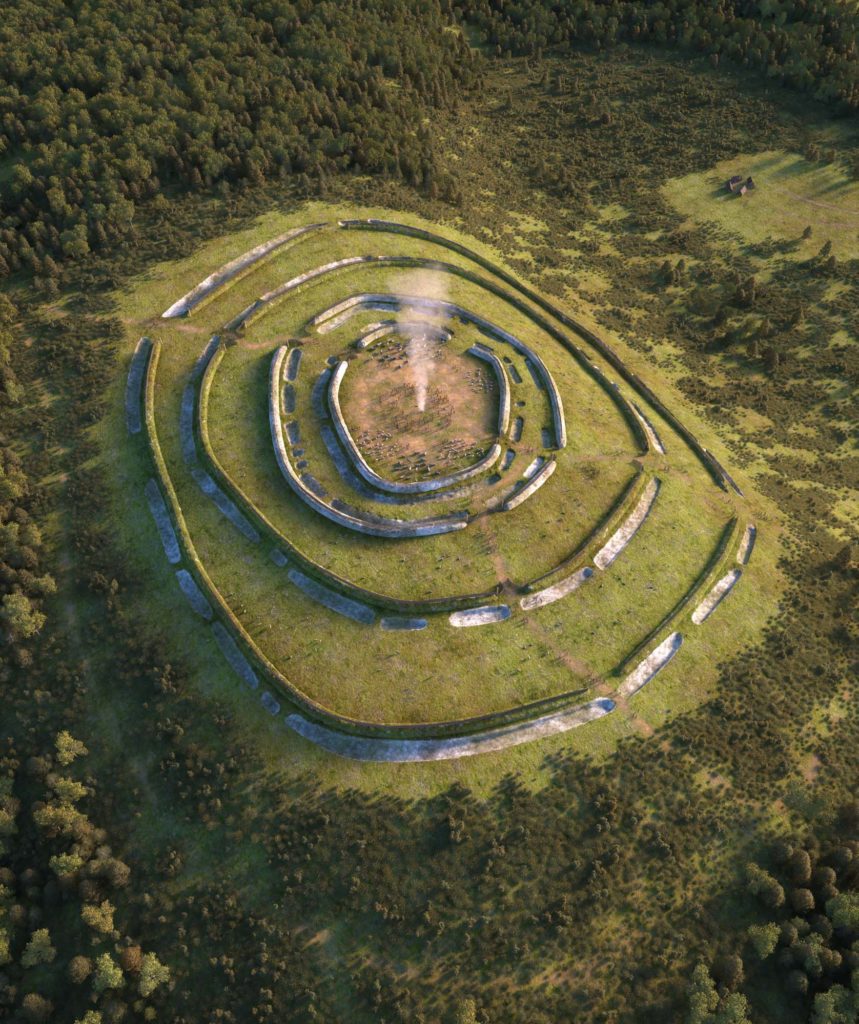 As well as the skeletons the display also features “the best of the archaeology collection” including the amber cup, which, says Maxted, “is the one object we can say is completely unique.”

“You cannot find another amber cup in that shape made from one piece of Baltic amber from the Middle Bronze Age. Whoever had it must have been a very important person.”

The cup came from the Hove Barrow, which was situated right next to the sea on the coastal plane and was sketched by the Reverend Skinner in the 1820s.

Workmen dug into it the 1850s and found a wooden coffin, a little bit of human bone, the cup, axe hammer, pendant and dagger revealing a strong relationship with Northern Europe and Scandinavia, which is also reflected in the Black Rock Hoard, which was a a Bronze Age hoard discovered a short distance inland in East Brighton, in late 1913 or early 1914.

Other treasures from the collection include the chalk block from Whitehawk with its carved cyphers that as of yet remain a mystery. “We know it’s got links to the flint mines at Cissbury, [the site of a hillfort to the west of Brighton] there are the same kind of scratchings there and apparently Grimes Graves as well,” says Maxted, “For me it has to be some sort of thought out process rather than just a doodle.”

There’s the hoard of Sussex Loops which are relatively small and unique, only being found in twos and threes in hoards in Sussex and the Weald, and which again remain a mystery, with some conjecture as to whether they are a badge of a local tribe or even currency. 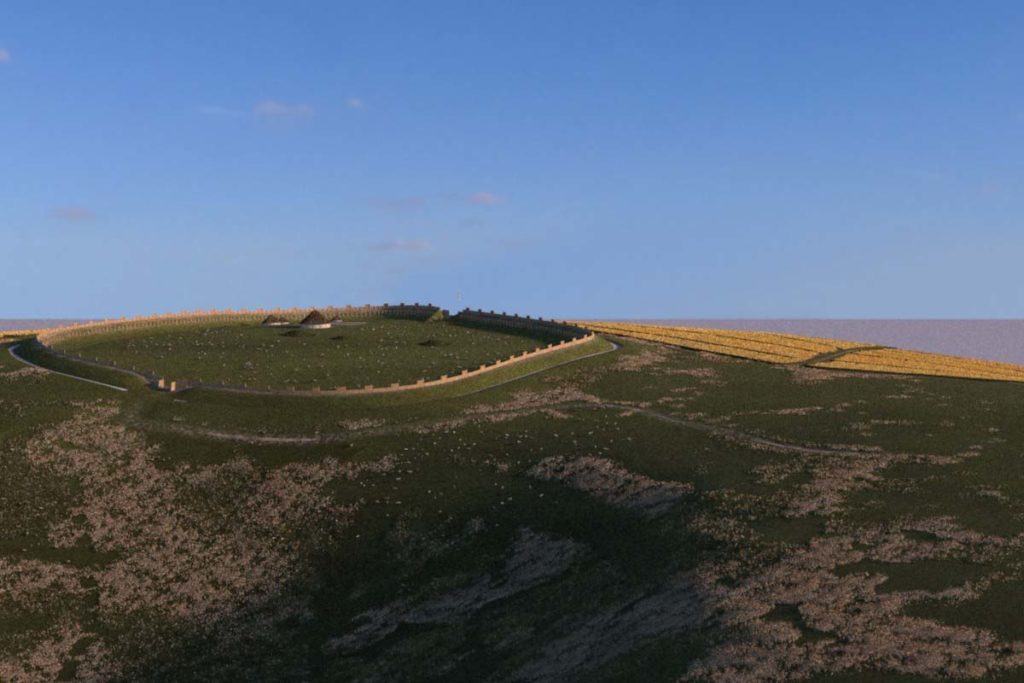 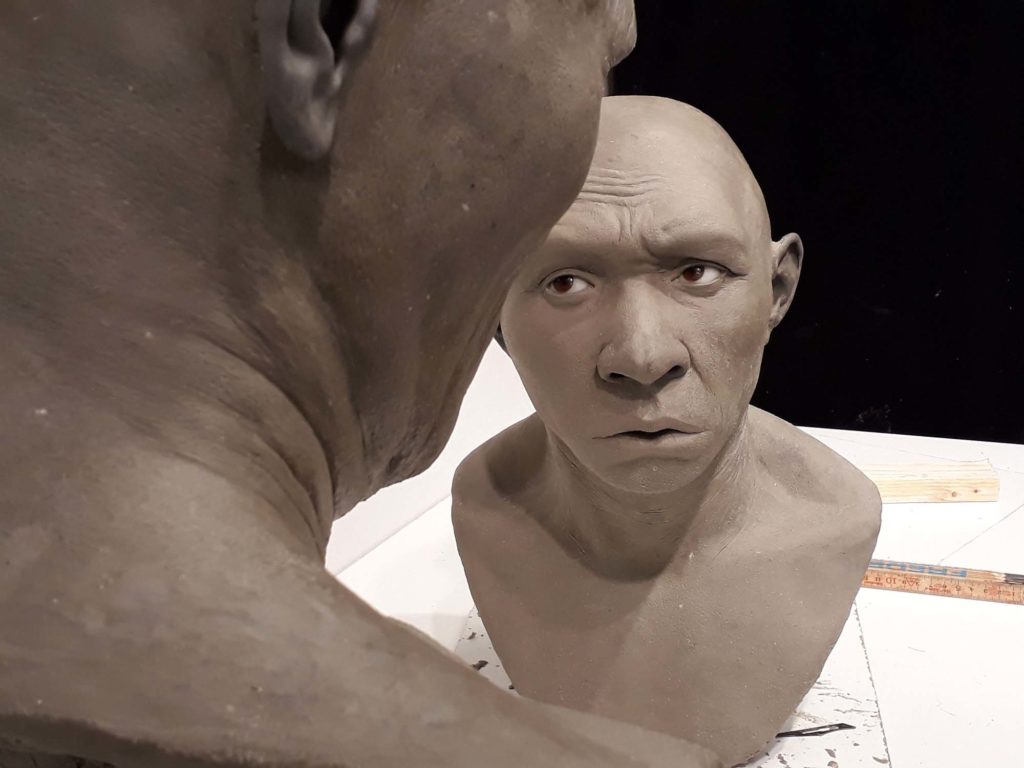 And then there’s the Brighton Stag. Discovered by a metal detectorist in the eighties, it was acquired for the museum after a stop was put on its sale.

“Jaime Kaminski from the University of Brighton, who has done research on all of our objects, says he hasn’t seen anything of that quality out of immediate Rome, it’s such a fine object,” says Maxted. “So you could say it’s more likely to have come from Rome than anywhere else.

“As a stag it’s a very Celtic animal –there’s this idea of the woods and the gods, but the craftsmanship seems to go back to Rome. It’s a frustrating story because we don’t know the full context of where it was found and nobody has been able to find out the full story of that one.”

As with most archaeology there is room for conjecture and not a little mystery. But it’s been over twenty years since there was an archaeology gallery at Brighton Museum and members of the Brighton & Hove Archaeological Society petitioned the council for a new one for years and then worked with the museum team as part of a gallery advisory group.

Together they have created an absorbing journey into Ancient Britain via a fascinating collection and the lives of five local people.

“But we’re not trying to tell everybody about human evolution,” adds Maxted, “although we do touch on some issues to do with evolution and climate change etc. I think it just wouldn’t work if it weren’t a local gallery where people can come in and see the people that were living here over the last six or so thousand years.”