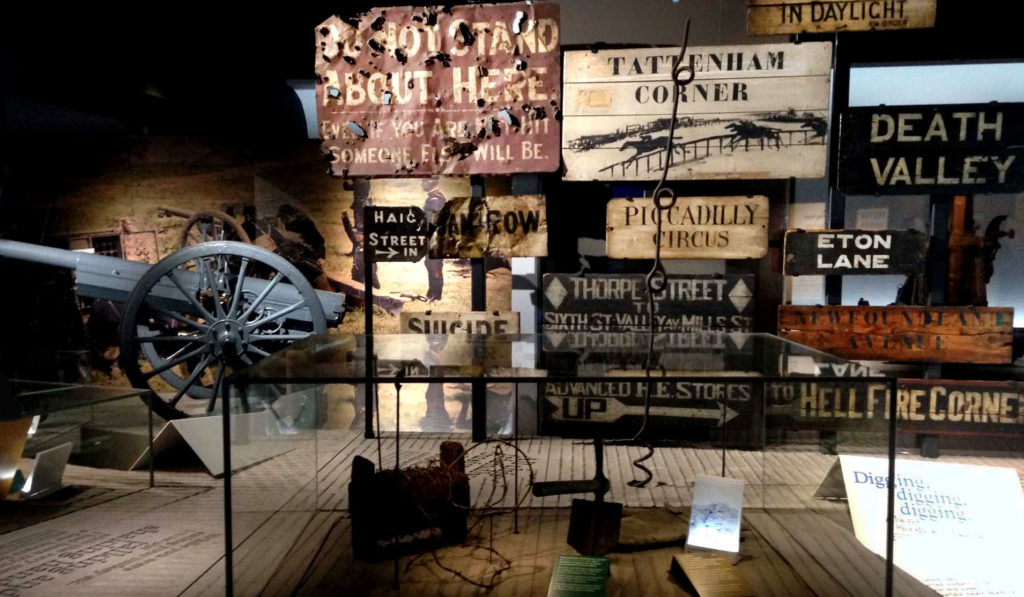 The First World War continues to occupy a central place in the British national psyche. Despite the death in 2011 of Harry Patch, the last British veteran to experience the fighting in the trenches, we continue to memorialise and remember the Great War and today museums in the UK are looking at new ways of interpreting what was supposed to be the ‘war to end all wars’. There are dozens of military museums all over Britain where the sacrifices of a whole generation of young men can be explored. Here is a selection of the best of them.

IWM London has undoubtedly the finest collection of objects, archives and artworks relating to the First World War. Their atrium and First World War Gallery, opened in time for the centenary of World War One, features over 1300 objects from the IWM’s peerless collection, the new gallery also boasts around 60 interactives and films and a newly designed Trench Experience.

Personal stories are told through the artefacts bringing you close to the horrors of the Great War – like the officer’s leather glove, shrunk to the size of a child’s hand by the effects of poisonous gas or the remnants of chamise and life ring worn by a woman who survived the German sinking of the Lusitania after being sucked into the liner’s funnel then blown clear when the engines exploded.

Touchscreen controlled interactive tables and hands-on exhibits tackle everything from recruitment to rations. There are helmets, trench clubs, mills bombs, field guns, ghostly gas masks and relics from the Red Barron, all set within a narrative that begins with Britain as a great Empire Power and concludes with how the war changed the world forever.

A woman assembles amunition in a factory during WW1, Courtesy of the National Army Museum

Also in London, the newly re-opened National Army Museum in Chelsea houses over 2,000 objects relating to the First World War spread across thematic galleries exploring the changing role of the army in society and the experiences of soldiers

Notable among their collections are the number of artefacts, which tell the story of women’s involvement in the War. Women stepped into a variety of roles traditionally assigned to men during the First World War, freeing up young men to fight on the front line.

The National Army Museum’s online exhibition, First World War in Focus, also reveals the stories of the individuals involved in the  First World War and includes films about uniforms, weaponry and equipment of the British soldier throughout the conflict. 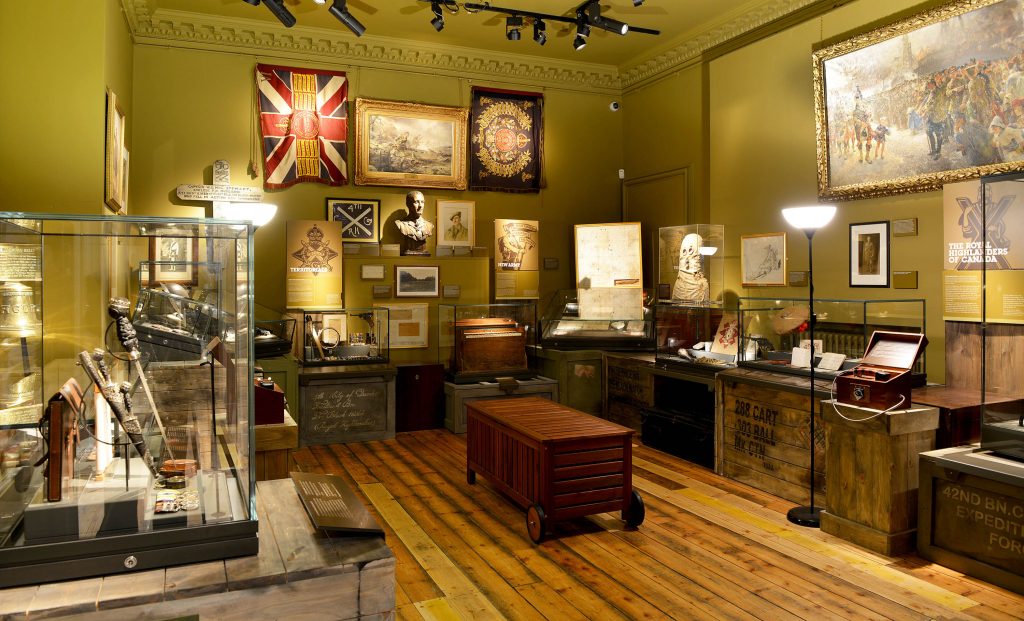 The First World War Gallery features a kilt worn in WWI still covered with Flanders mud and the colours of the 6th Battalion who were awarded the Croix de Guerre as a unit in 1918.

The display also features grave markers, a gas mask and silk banners printed with all the names of those killed.

The Museum of Liverpool
Liverpool

The Waterfront to Western Front exhbition room, with exhibits on display.

The Museum of Liverpool has a poignant collection of objects used by soldiers in the First World War on show and an exhibition, From Waterfront to Western Front, which explores life on both the front line and at home in Liverpool. The war took 13,000 Liverpudlian lives over the course of the four year conflict.

In the Battle Gallery you can read a blood-stained diary; see objects hit by shells and bullets; watch actual footage of the King’s Regiment on the Western Front and even hear a soldier describing conditions in the trenches.

This summer visitors to the museum can see the medals of Captain Noel Chavasse, the only serviceman to be awarded the Victoria Cross (VC) twice during the First World War. On display at the Museum of Liverpool from July 31 to January 5 2018 it is the first time this important medal group, on loan from Lord Ashcroft KCMG PC, has gone on public display in Liverpool, the family’s home from 1900. 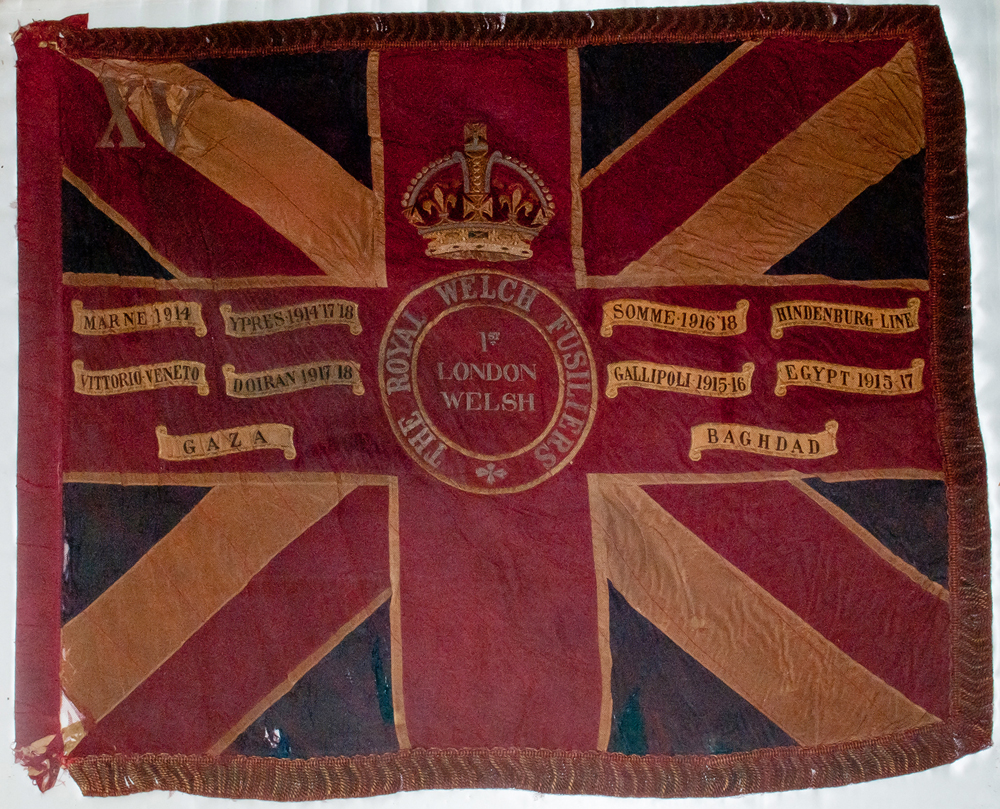 The museum tells the story of Wales’ oldest infantry regiment, raised in 1689 and still recruiting in the Principality today.

You can learn how the Regiment won 14 Victoria Crosses and hear the words of famous writers who served with the Royal Welch during the First World War, such as Siegfried Sassoon, Robert Graves, David Jones, Frank Richards and Hedd Wyn. 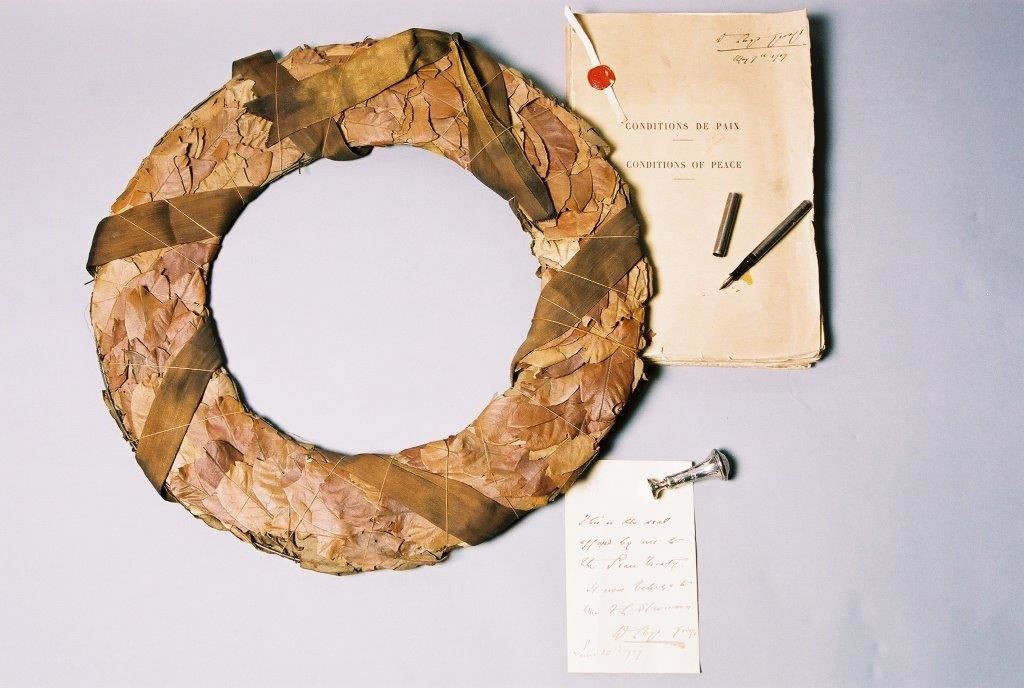 Home to the future Prime Minister between 1864 and 1880, Highgate Cottage is maintained as it would have been during the Victorian period.

The museum features caskets and scrolls presented to Lloyd George as freedom honours, mainly for his work as Prime Minister when he led the country during the final, bloody years of the First World War.

There are also medals, paintings, photographs and documents, most famous of which being the Versailles Treaty, which was signed at the end of the First World War, imposing harsh restrictions on Germany and arguably fuelling the Second World War.

The Victorian garden and classroom bring visitors back in time to what we now know was the lead up to the Great War. 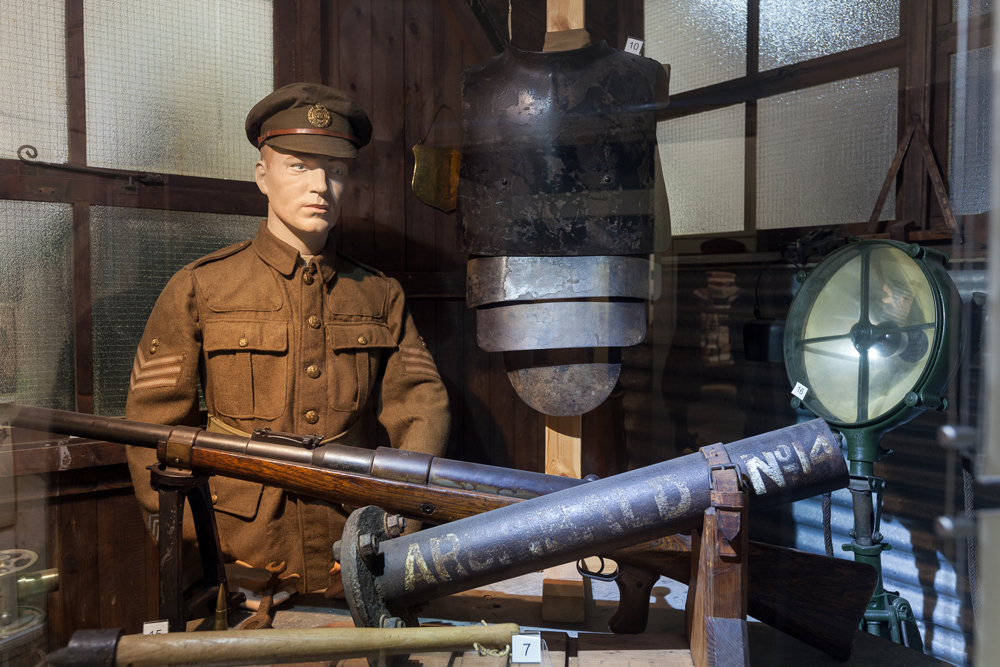 In may ways the Royal Engineers Museum in Gillingham, which has just reopened, is the perfect place to begin an investigation of the First World War. It was the sappers of the Royal Engineers who designed, developed and in many cases built the trench systems of the Western Front. They were also in charge of accommodation, tunneling, army camps, new developments in military weapons technology and even oversaw the introduction of the Mills Bomb. By the end of the war The Corps had increased in size from 20,000 to 300,000 men.

The museum has a suitably rich collection of objects and artefacts from this pivotal period. Items range from battered pickelhaube helmets, grave markers and sepia photographs to a tunneler’s gas mask, early examples of camouflage, a flame thrower, gas shells and a huge collection of artwork – much of it by Corps members.

The museum also holds several Victoria Crosses awarded to Royal Engineers, among them the VC awarded posthumously to Sapper Hackett, the only tunneler to be awarded a VC in the First World War. 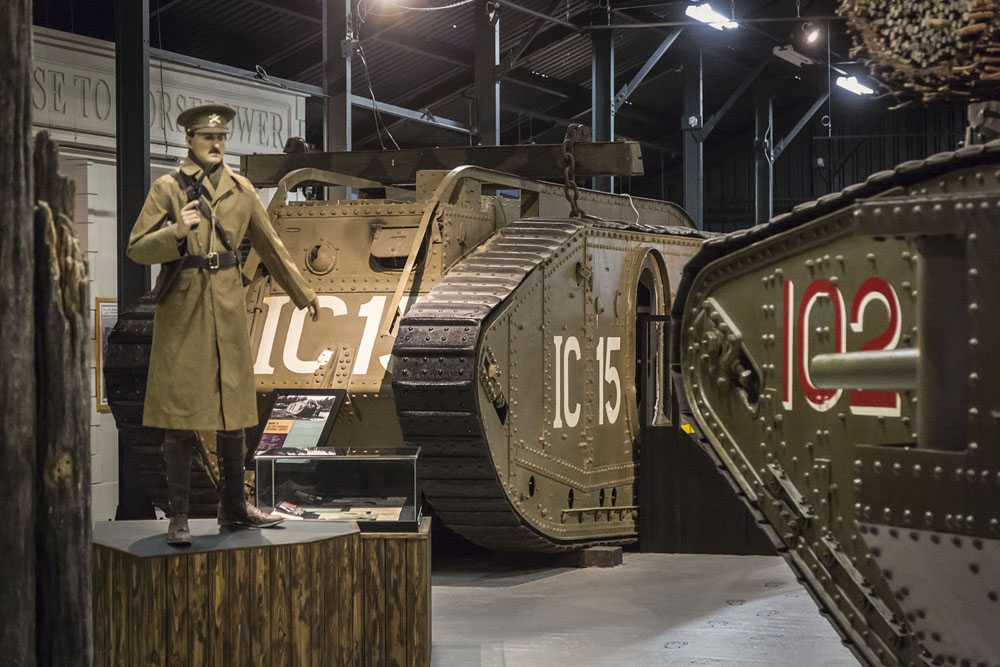 Of all the killing machinery developed during the First World War, the tank is arguably the most dramatic and enduring. The Tank Museum at Bovington, Dorset, has many relics of the trench wars of 1914-18 and holds the biggest collection of First World War tanks to survive anywhere in the world.

The museum’s Mark V is one of the last First World War tanks to remain in full operating condition and their Mark II actually fought in the Battle of Arras in 1917. You can even get inside the Mark V** which has a fascinating walk-through facility.

Also in the museum is a dramatic trench display telling a soldier’s story – visitors follow in the footsteps of new recruits, arriving on a railway platform, walking the road to the trenches, walking through a British trench, passing through no-man’s land and then finally entering a German trench as a tank breaks over the top. 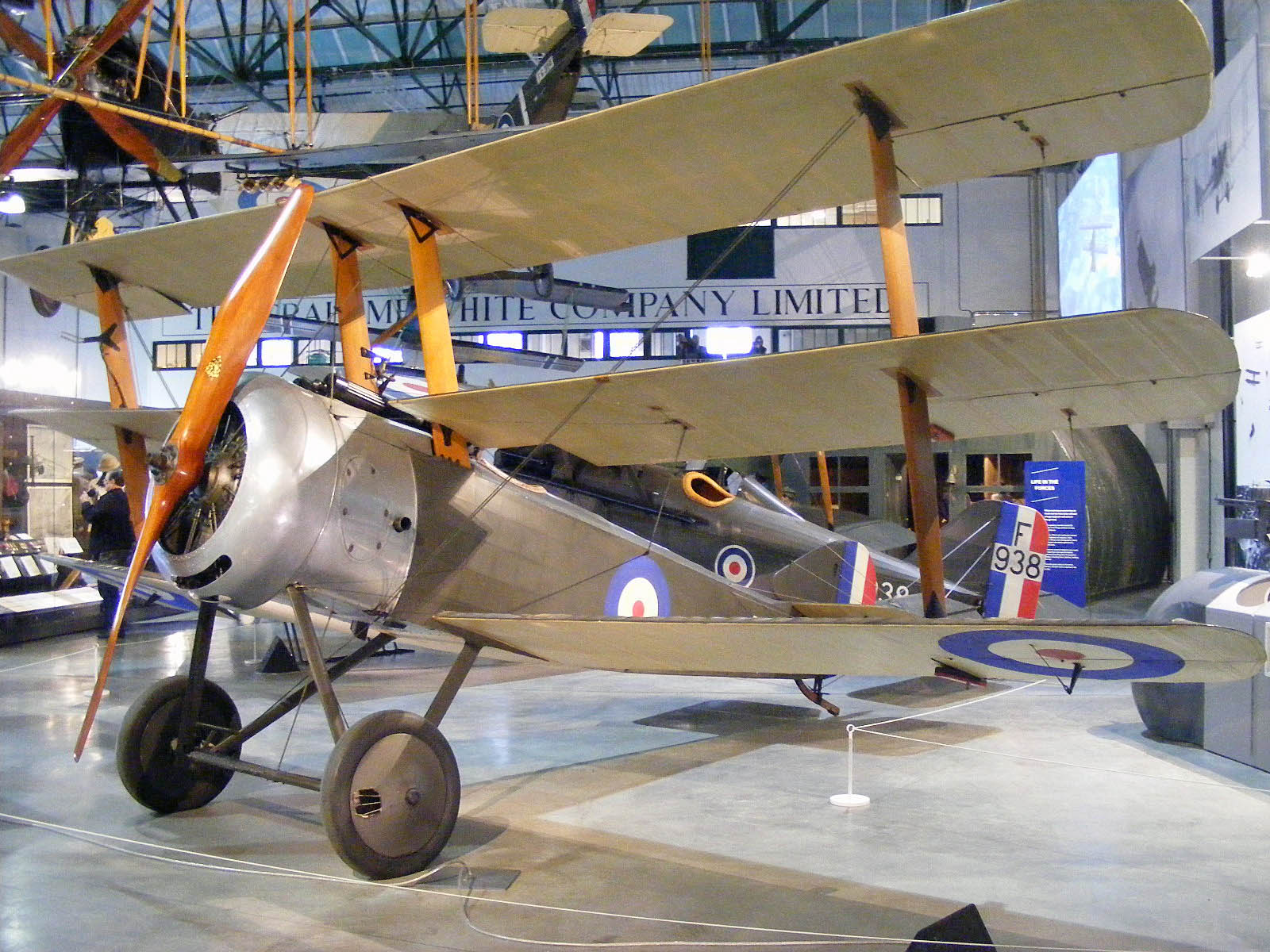 The RAF Museum’s collossal First World War in the Air Gallery is set in the historic Graham White Hangar. The collection is arguably the most comprehensive display of First World War aircraft anywhere in the world. Redeveloped and opened to the public in 2014 this historic space displays a collection of 13 aircraft of the period of the First World War.

Among them is the Sopwith Camel – the highest scoring fighter of the war – and the German Fokker D.VIII, which saw Herman Goering, later head of Hitler’s Luftwaffe, become an ace. The museum’s massive haul of smaller First World War objects – hitherto in storage – are now beautifully displayed in the three central cases allowing you to pour over personal objects, including diaries, mascots, medals, uniforms, weaponry and bullet strafed fragments of rudder art, all of which help to bring the story to life. 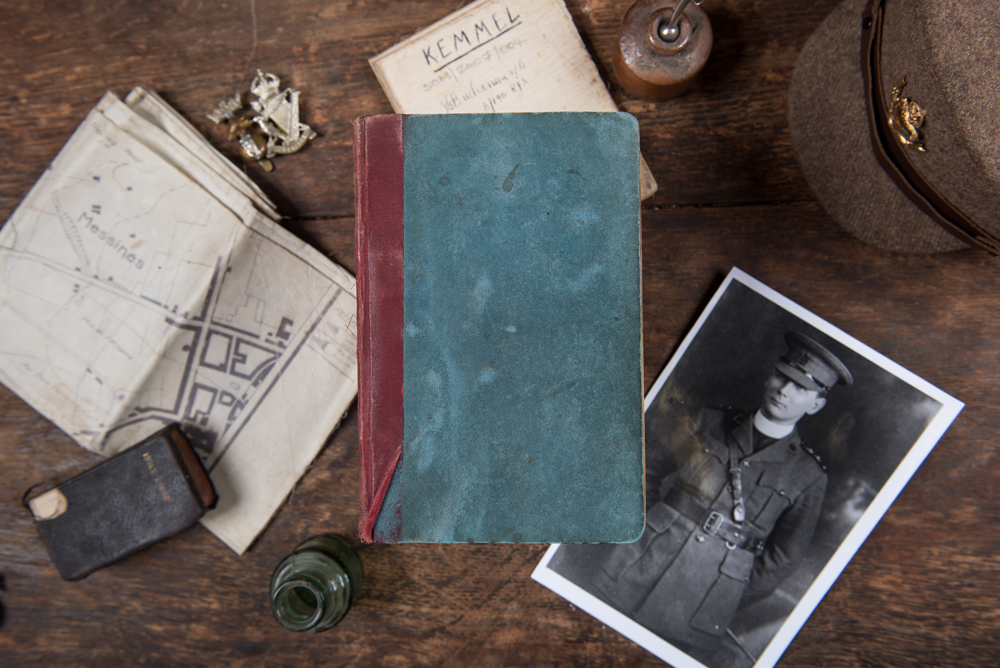 In Northern Ireland, just south of Bangor, lies the Somme Heritage Museum. The museum is built on the site where soldiers of the 108th Brigade of the 36th Ulster Division were trained after the outbreak of war.

The museum provides an insight into Ireland’s role in one of the most crucial battles of the entire war. As well as this, free exhibitions explore the role of sea warfare in weakening the German offence and look at the crucial Battle of Jutland which enabled Britain to carry on its naval blockade of Germany. If you want to get the full feel for the impact the dreadful battle of the Somme on Ireland then a one hour tour should do the trick. 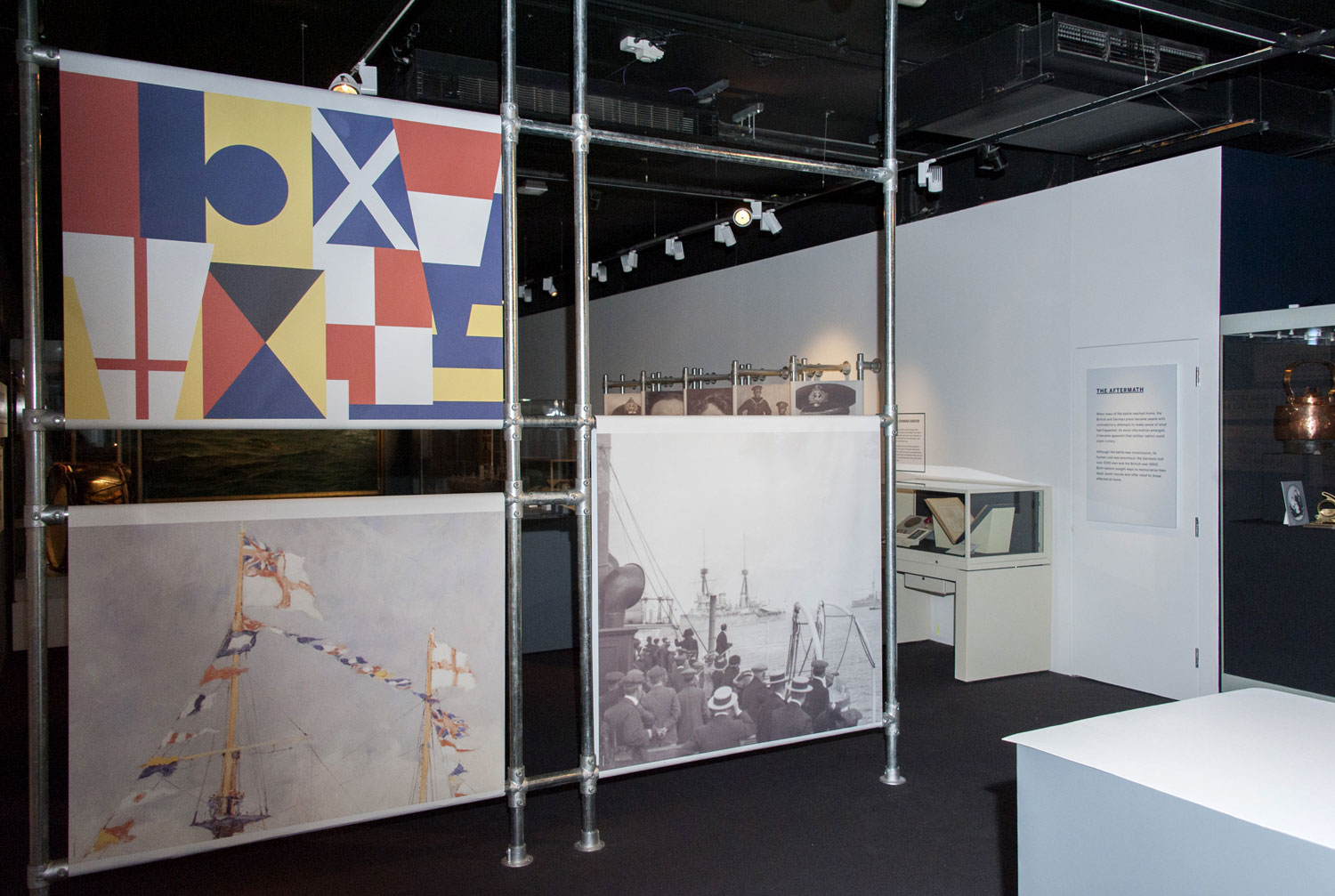 Opened to mark the centenary of the Battle of Jutland, the largest naval battle of the First World War, the National Maritime Museum’s permanent exhibition Jutland 1916: WW1’s Greatest Sea Battle brings to life the story of the clash which claimed more than 8,500 lives.

The galleries focus on the ships, technology and the people behind the battle, telling the personal stories of the sailors and their families, and exploring the experience of serving both on British and German ships. The exhibition also explores the frustrations around the battle of which the human cost was so high, but no decisive victory was achieved.

There are incredible objects on display – many for the first time – including a shipbuilder’s model of the HMS Queen Mary, the naval battlecruiser sunk at the battle, leaving just 188 survivors. The story of the battle is revealed through paintings, photographs, models and medals and there is also material from German archives which uncovers the other side of the battle. 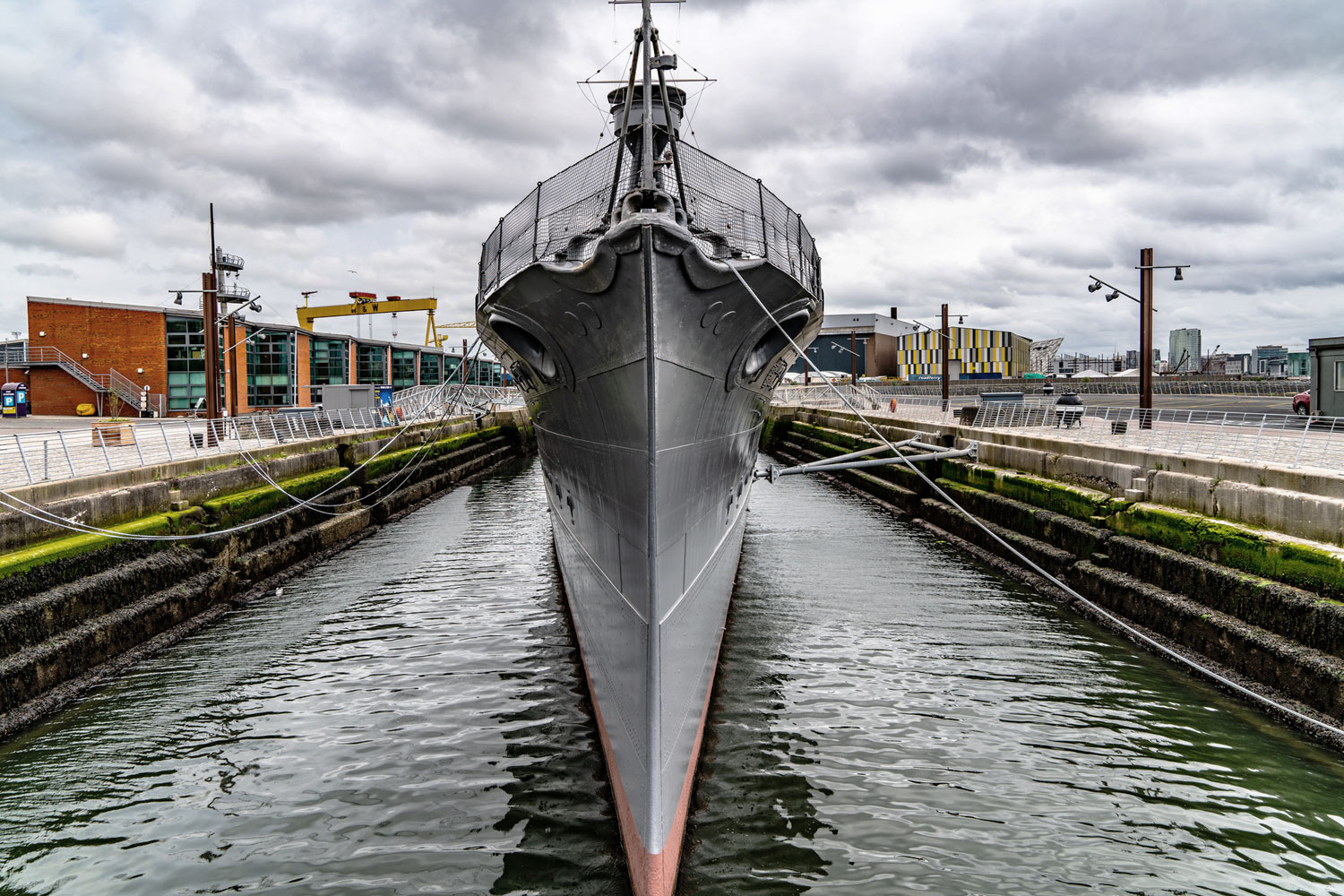 Belfast’s Titanic Quarter is dominated by not just one famous ship. The sole survivor of the Battle of Jutland and the only British First World War light cruiser still afloat, HMS Caroline is a true WW1 relic, and an absolute must-see. Launched not long after the outbreak of war in 1914, the ship has been an iconic part of Belfast’s maritime life for more than 90 years, and is now a floating museum revealing the cruiser’s history and the story of the greatest WWI naval battle.

A film about the Battle of Jutland summarises the tense 36-hour clash and recreated spaces on-board reveal life in the Captain’s quarters, mariners’ mess, sick bay and galley. In the engine rooms you can see HMS Caroline’s original engines and listen to the authentic thunderous roar that they would have made at full speed. 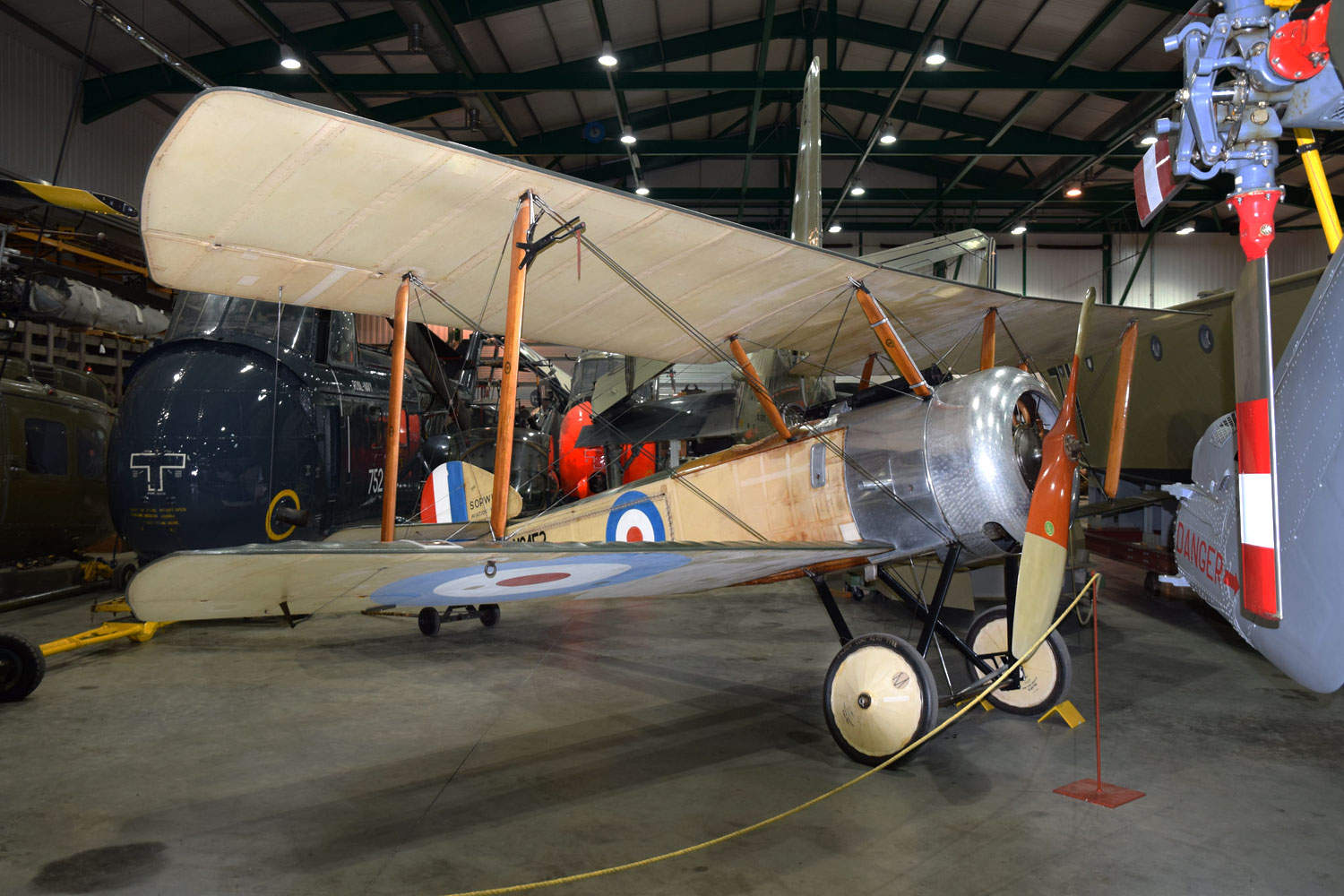 Focusing on naval aviation, the brilliant Fleet Air Arm Museum charts the history of military air power at sea, from the early manned kites and bi-planes to the incredible naval technology we see today.

Each hall takes you through a different era in naval aviation – in Hall 1 The Navy’s Air War commemorates the Royal Naval Air Service, the air arm of the Royal Navy which operated during the First World War. With WW1 aircraft, interactives and personal stories from the early days of naval aviation, the display tells the story of the humble beginnings of air warfare at sea.

Also in Hall 1 Jutland 1916 – Frederick Rutland tells the long and fascinating story of one plane and its pilot which fought in the Battle of Jutland – the first time an aircraft was used at sea to assist the fleet. The Short 184, on show in the display survived World War I but was badly damaged during World War II, and its pilot Frederick Rutland has an equally fascinating story.