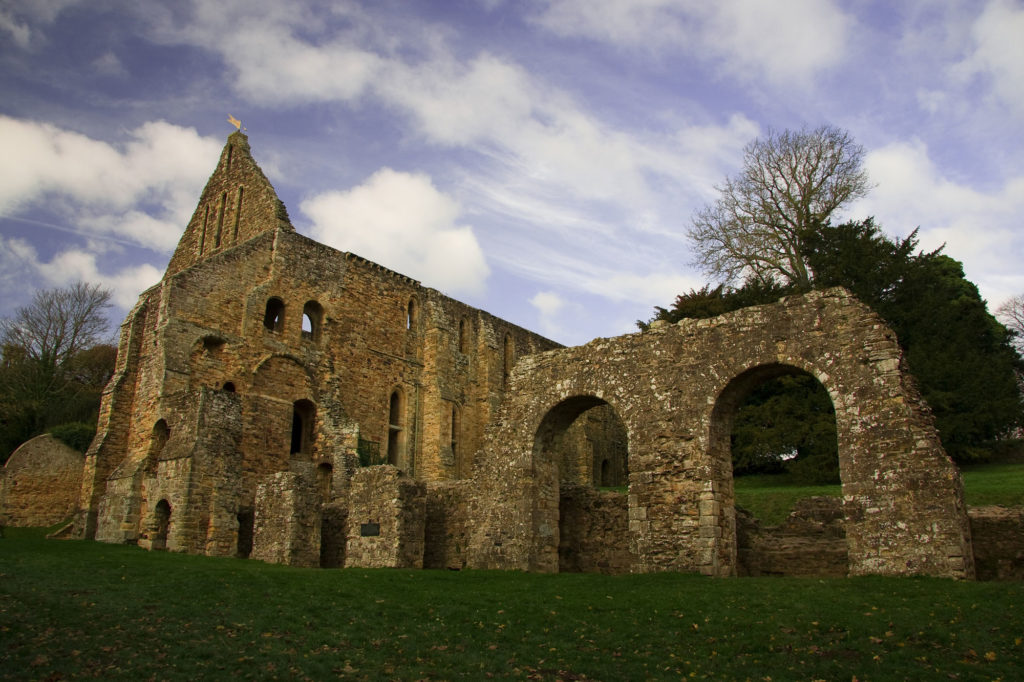 Probably one of the best battlefield locations in Britain, the famous Battle of Hastings in 1066 is now marked by a large Benedictine Abbey. Pope Alexander II decreed that William the Conqueror must perform penance for all the killings and so William ordered that an abbey was built.

Today the area remains a hallowed place for the history buff – here you can put your feet on ground that defined centuries for these islands. It features a visitor centre and a stellar audio tour that vividly recreates what happened on that day almost a thousand years ago, detailing everything that happened as you wind your way around the site, telling you how armies charged right where you stand. 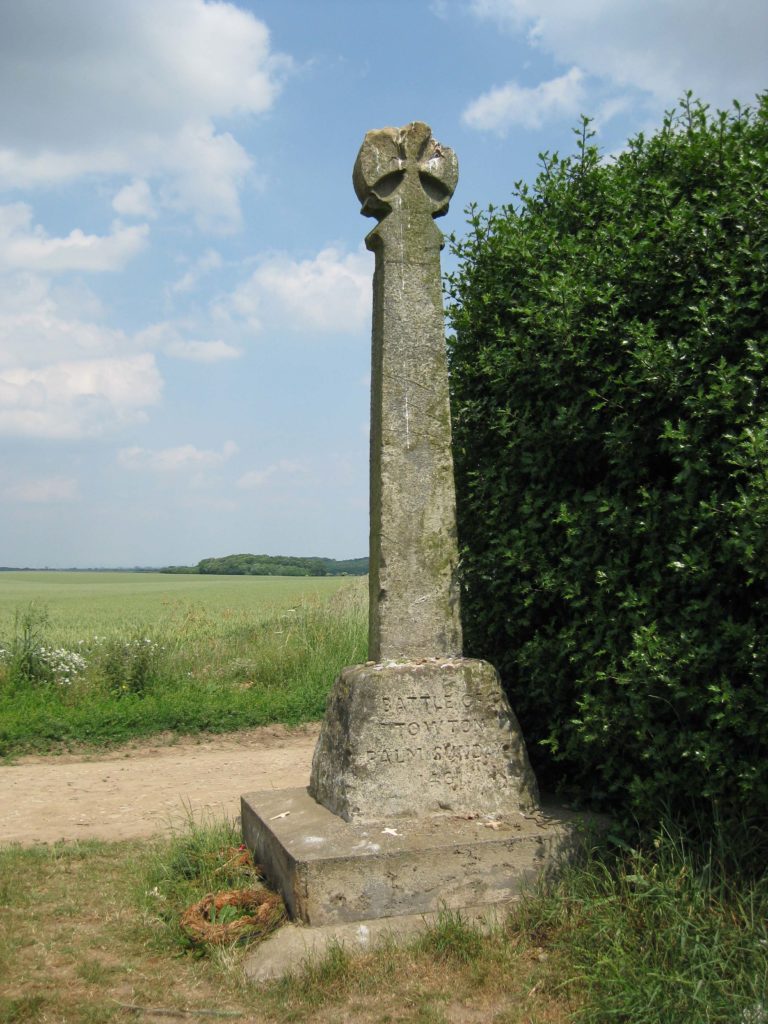 Lord Dacre’s Cross at Towton. There are fewer 50 of these standing crosses remaining in England. Photo by ChemicalEngineer

This place is the site of what many regard to be the most barbaric bloodbath in British battlefield history. A quiet field in between York and Leeds is the resting place of 28,000 people, almost 1% of the population back in 1461. Howling wind and blinding snow forced the Lancastrian and Yorkist forces to massacre each other in hand-to-hand combat in what is now called the Bloody Meadow.

This is a corner of England that shouldn’t be forgotten; knowing that this unassuming farmland was the last thing tens of thousands of people ever saw can send a shiver down the spine on the warmest of summer days. One of the last original standing crosses in England is also on the battle site and there are information boards documenting what occurred in this epic battle in the War of the Roses. Reconstructions and artefacts can found in the Richard III Experience museum in York, which makes the perfect accompanying visit. 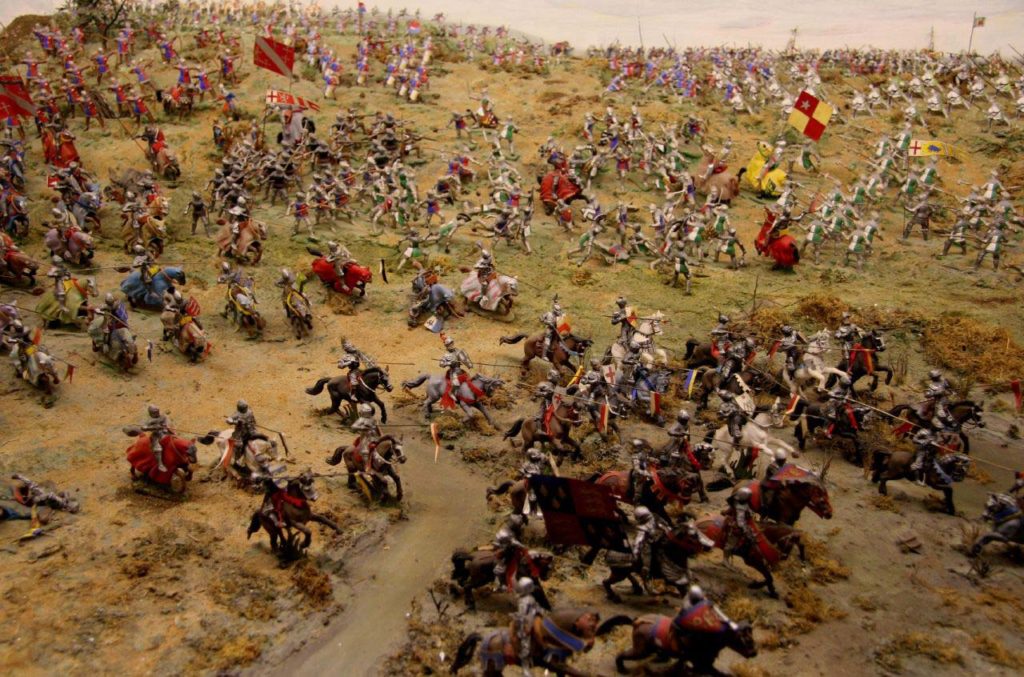 Diorama of the Battle of Bosworth at the Bosworth Centre. Photo by John Taylor cc-by-2.0

The defining battle of the War of the Roses in 1485 now boasts an impressive visitor centre complete with artefacts, weaponry and costumes to try on. It has extensive and award-winning displays on medieval warfare but also documents the events leading up to the battle that has since been immortalised in plays, films and tales.

Although various hypotheses have been put forward for the exact location of the battle, Bosworth remains an important and atmospheric visit  – the slain Richard III was the last monarch to die in battle here and Henry VII was crowned on the battle site. To explore the site on foot, the Battlefields Trust has a great section on Bosworth with tours and maps to help the inquisitive visitor. Events also occur here throughout the year featuring soldier’s camps and recreations that do away with looking at books to let you experience the sights, sounds and smells of a battle camp. 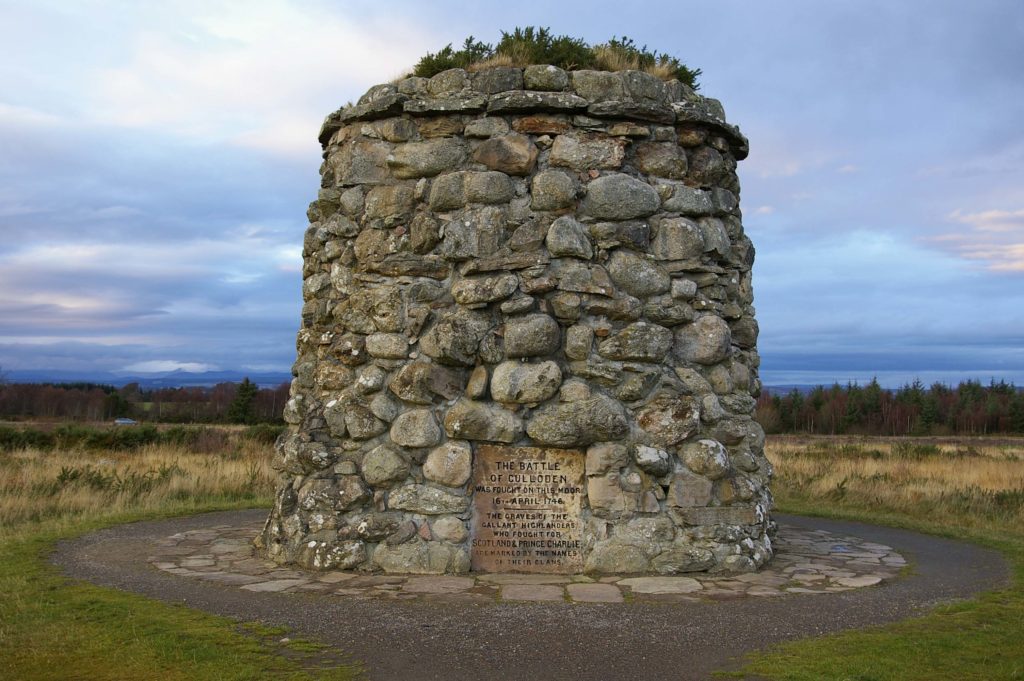 Memorial for the highlanders who fell at the battle of Culloden. Photo by Stablenode. cc0 1.0

Culloden on a quiet and cold day can fill you with the dread of what happened here. It is not the bog it once was but it’s easy to look out on the plains in the dead silence of a highland day and picture two mighty armies clashing. The Jacobite rebellion was crushed here in 1746 and the government clamped down on ‘Scottishness’ in the aftermath.

The visitor centre is packed with information and features both audio tours and a brutal reconstruction of the battle. It remains an emotional place as it is surrounded by small clan stones and an ‘English stone’ to remember those that died. Culloden is an important reminder that all of these sites are not just places of historical importance but the graves of so many. 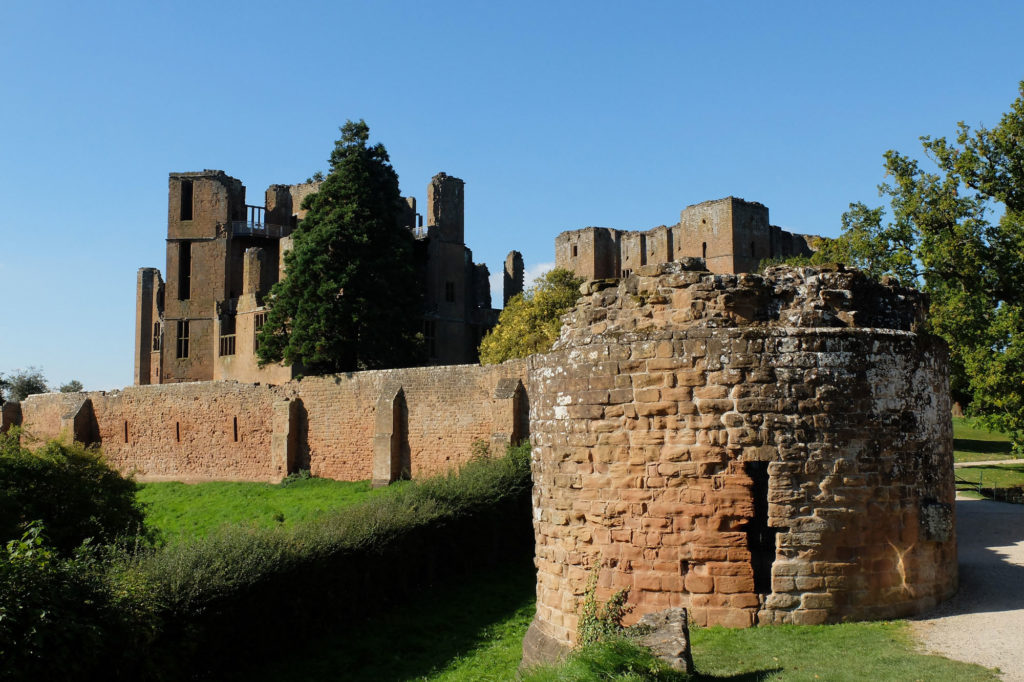 Kenilworth Castle is the site of the longest and largest siege in British history which took place during the Second Baron’s war in 1266. Looking out from the battlements you can get a real senses of how the entire area around the castle was flooded to prevent Henry III’s mighty siege towers from reaching the walls. You can sit in the ruins of an old window, picturing this castle surrounded by water and the medieval machinery of war and look to the side to see graffiti from the 1800’s etched into the walls. How times change.

Whilst the conflict at Kenilworth lays forgotten in the history books, this beautiful castle has remained throughout time. Not only has it seen many wars but it was also the centre of a royal romance when the Earl of Leicester began extensive renovations and created charming gardens in an attempt to woo Elizabeth I. He was unsuccessful but the ruined majesty of the castle and its gardens still remain.

The Battle of Bannockburn
Stirling, Scotland 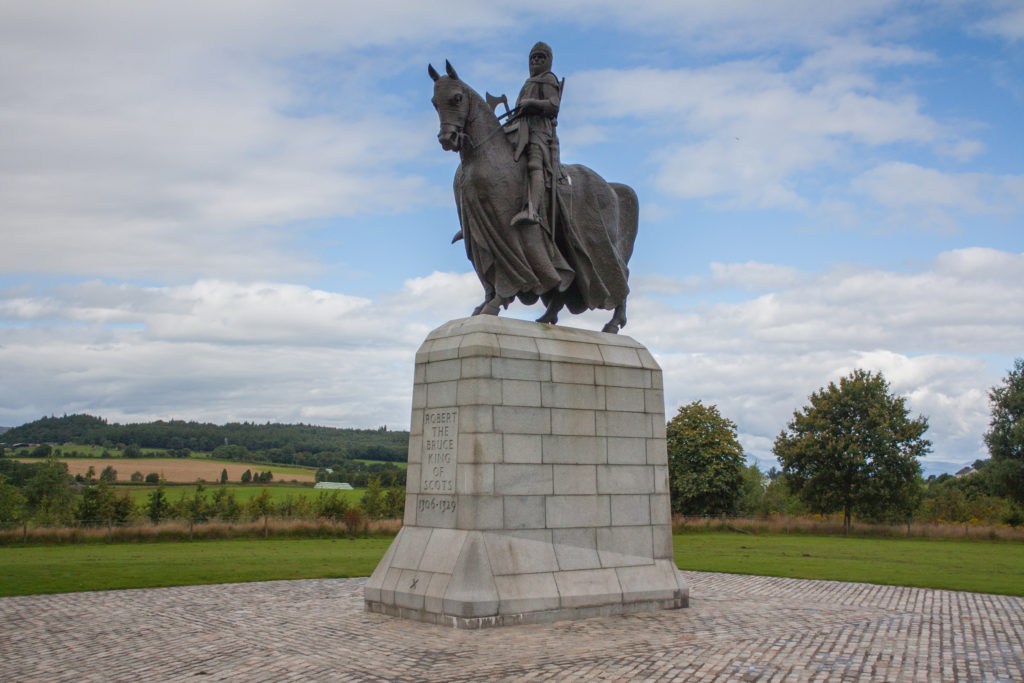 The battle of Bannockburn in 1314 was a significant victory in the First War for Scottish Independence for Robert the Bruce, whose outnumbered army routed the English forces of Edward II, and a great deal of effort and funding has gone into the visitor centre and surrounding area.

While many battlefield sites feature audio tours and information guides, what marks Bannockburn out is its award winning visitor centre, which boasts an immersive 3D film reconstruction and an interactive battle-map allowing you to manoeuvre your own forces and fight the battle as a commander. You can also wield period-accurate weaponry and enthusiastic costumed staff members roam the area and are very knowledgeable about all things Bannockburn. Like many medieval battles, the exact location of this pivotal clash of arms is disputed, but the self guided tours across the parkland manage to offer a good evocation of the Bruce’s improbable victory – the perfect mix of location and technology really brings history to life. 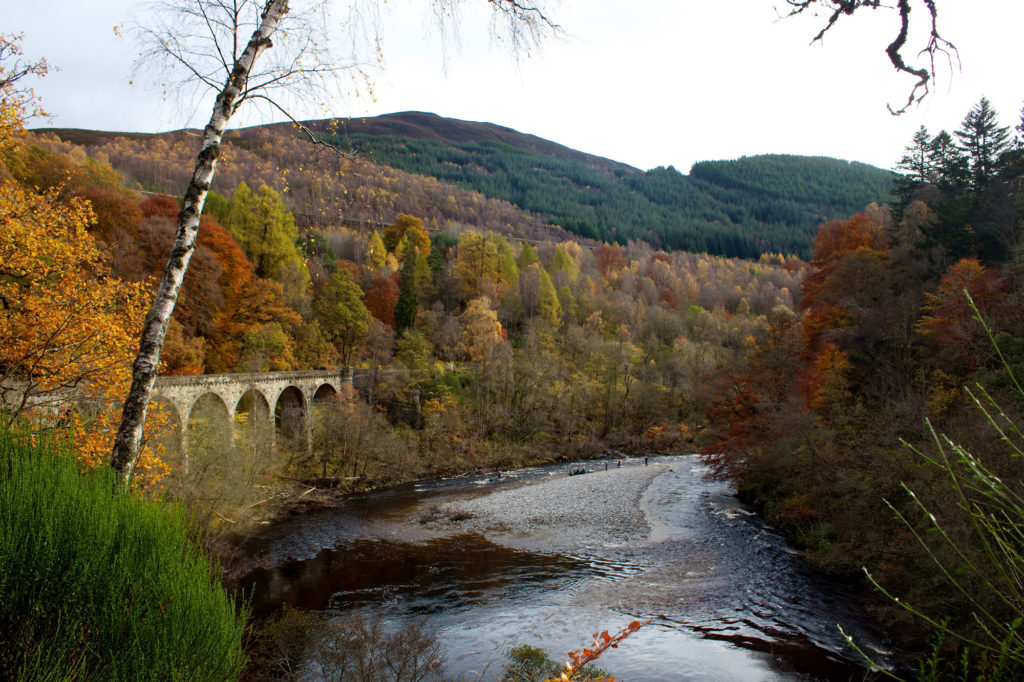 The Pass of Killiecrankie © neil.inglis (CC BY 2.0)

Right in the centre of Scotland, in a dramatic wooded gorge where the lowland meets the highland, one of the goriest battles of the Jacobite Uprising occurred in 1689. This site is a remarkable mix of beautiful scenery and personal tales of war.

The walk around the battle area contains the solemn stone grave of Brigadier Barthold Balfour and the amazing story of Donald McBane. This soldier was being chased by Jacobite forces when he managed to leap almost six metres across River Garry to escape. You can visit the very spot and wonder how in the world he did it. Killiecrankie is also the first known use of a grenade on British soil and where the Jacobite lord, John “Bonnie Dundee” Graham met his end. His body was taken to rest three miles away at Blair Castle, the ancestral home of Clan Murray. This castle was important seat during all the Jacobite uprising and was besieged in 1745. It should definitely be part of any visit. 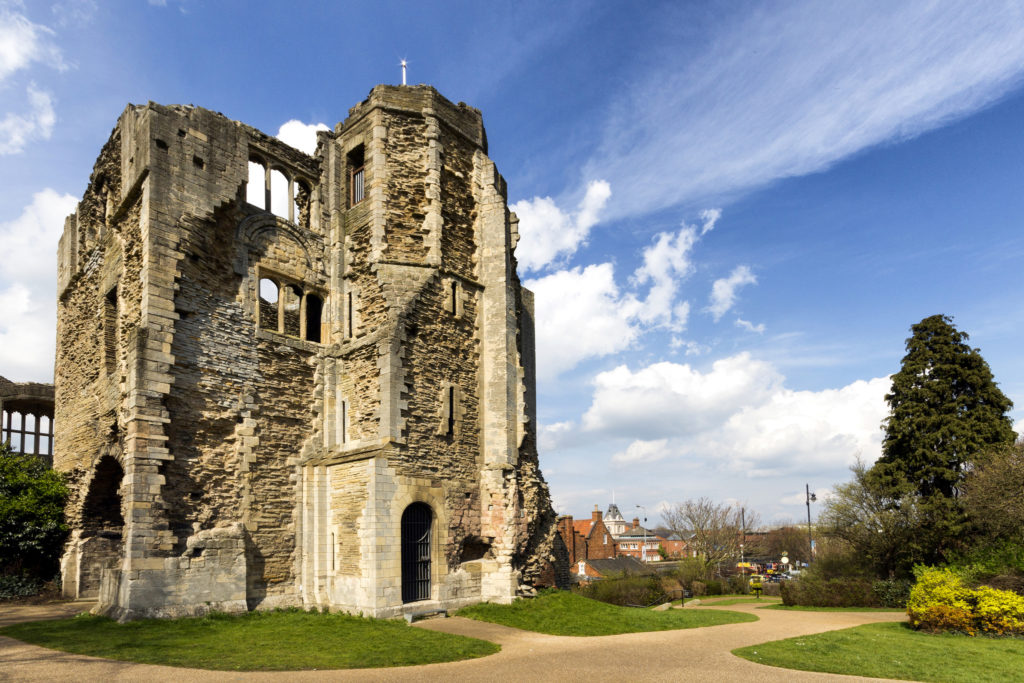 The English Civil War siege of Newark has been described by some as the Stalingrad of the English Civil War, which gives you a pretty vivid idea of what befell the town oin the seventeenth century.  Besieged on three separate occasions by Parliamentarian forces, it only surrendered after a personal order from Charles I to stand down. It was the key to holding the north during the war and was deliberately destroyed to prevent any more headaches.

Today the town is the home of the brilliant National Civil War Centre which is an essential visit for any battlefield enthusiast whilst the town itself offers a myriad of Civil War locations and histories – and there are various trails, including this one from the Civic Trust, to help you explore. The castle, which played a key role in the conflict remains a romantic ruin that rests along the river that once buffered the opposing forces and you can crawl through old dungeons or visit during one of its civil war re-enactments to experience the civil war at one of its most famous locations. Newark Castle also contains information about the infamous King John I, who he died there in 1216. 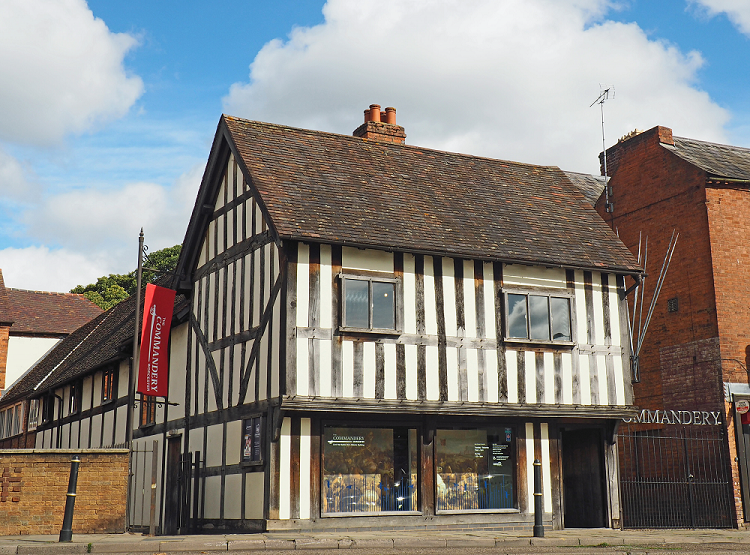 John Adams, the second President of the United States and first Vice President once said that “All England should come in Pilgrimage once a year” to Worcester. He believed it should be holy ground for its importance to history and liberty. The old Royalist headquarters, now known as the Commandery, serves as a civil war museum that details all the locations of interest in the city.

The Civil War ended when Charles II marched on England two years after the death of his father with 14,000 men at his side, mainly from Scotland. There they met the 28,000 strong ‘New Model Army’ led by Oliver Cromwell in Worcester. The entire city is littered with monuments and features associated with the battle. Powick church still has scars from where it was struck by cannon fire that are clearly visible. You can also follow the footstep of Charles II as he watched Cromwell’s forces from Worcester Cathedral, whose tower still offers the best view of the battlefield.

If you are interested in British battlefield history The Battlefields Trust website is the essential place to begin exploring the dozens of battles that have taken place on British soil.