There was a time when Britain was the most industrious place in the world. Celebrate this fundamental piece of British heritage with our guide to some of the best industrial museums in the UK.

You can find our separate guide to mining museums here. 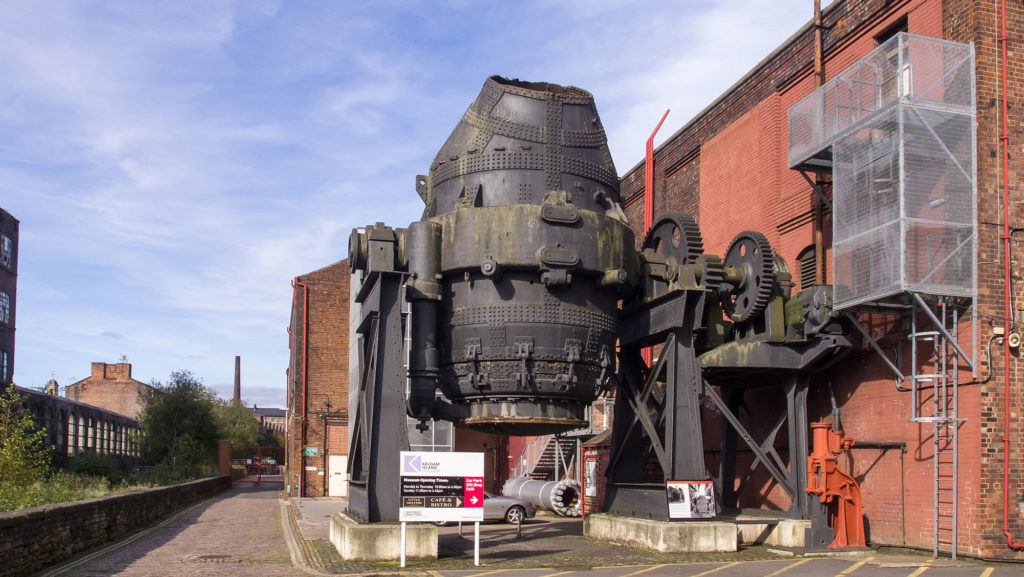 Located on a man-made island in Sheffield, Kelham Island Museum is housed in buildings previously occupied by a power station set up to produce enough electricity to power the city’s trams. Prior to this, the site was home to an iron foundry, operational between 1829 and the 1890s. The museum draws on this rich heritage to tell the story of science and industry in Sheffield.

Outside you can marvel at the giant Bessemer converter, used to turn molten pig iron into steel, which is one of only three left in the world and certainly wouldn’t look out of place in a sci fi film. You can also take in the stone garden, which has interesting examples of stonework from the entrances of Sheffield-based companies. Other highlights within the museum include the mighty River Don Engine, which if you’re lucky you might get to see in steam. 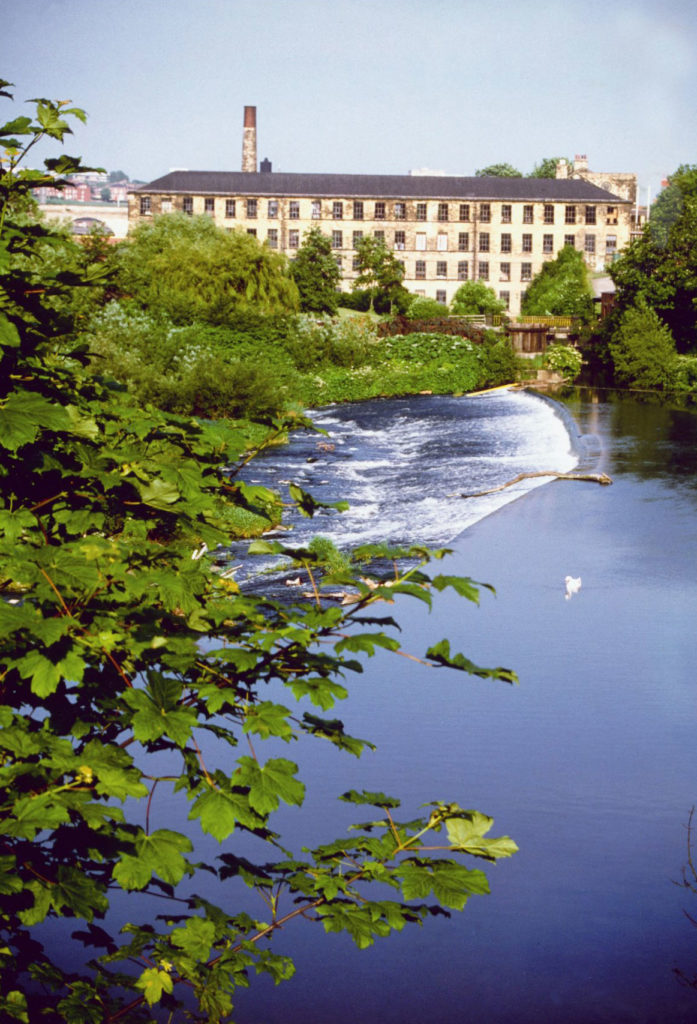 Based on the site of Armley Mills – which was in operation in this building between 1805 and 1969 and was at one time the largest woollen mill in the world – Leeds Industrial Museum tells the story of industry in Leeds, with a particular focus on textile manufacturing.

Being situated on an island on the River Aire, and alongside the Leeds and Liverpool Canal, the mill took advantage of both the wharf for bringing in and sending out cargoes, and the steady stream of water flowing past its waterwheels, which were its main source of power until the mid-19th century.

Today, you can follow the process of manufacturing woollen goods from start to finish, as staff demonstrate the loud and often very dangerous machinery on display in the textile gallery. Elsewhere in the museum you can learn about the tailoring and printing industries in Leeds, steam engine production and workers’ lives from the 18th century to today. 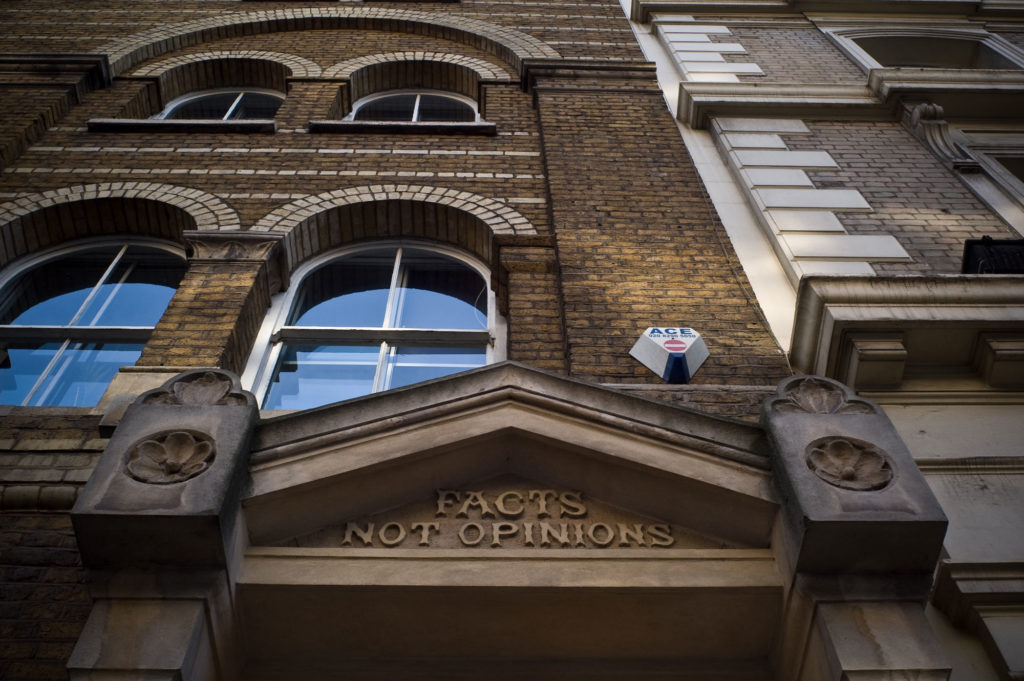 Here’s an interesting one. Open only on the first Sunday of every month, the Kirkaldy Testing Museum is located in Scottish engineer David Kirkaldy’s former testing works, which were built in 1874. It houses Kirkaldy’s gigantic Universal Testing Machine, which he designed to test materials to their breaking point, to prove they were as strong as they claimed to be. The nearly 50 foot-long machine could test tension, compression, shear and torsion, as well as bending and crushing materials.

When the Kirkaldy Testing Works were operational the machine tested parts for the old Wembley Stadium, and the 1951 Festival of Britain’s famous Skylon sculpture. It also tested parts from engineering disasters, as part of accident analysis, including sections of the Tay Bridge following its collapse in 1879.

The machine is kept in working order, and if you’re lucky you may be able to see it in action on one of their open days. This little gem is run by passionate volunteers – many with engineering backgrounds – who can share a wealth of information on Kirkaldy’s machine, and the smaller more modern machines that the museum has also acquired. 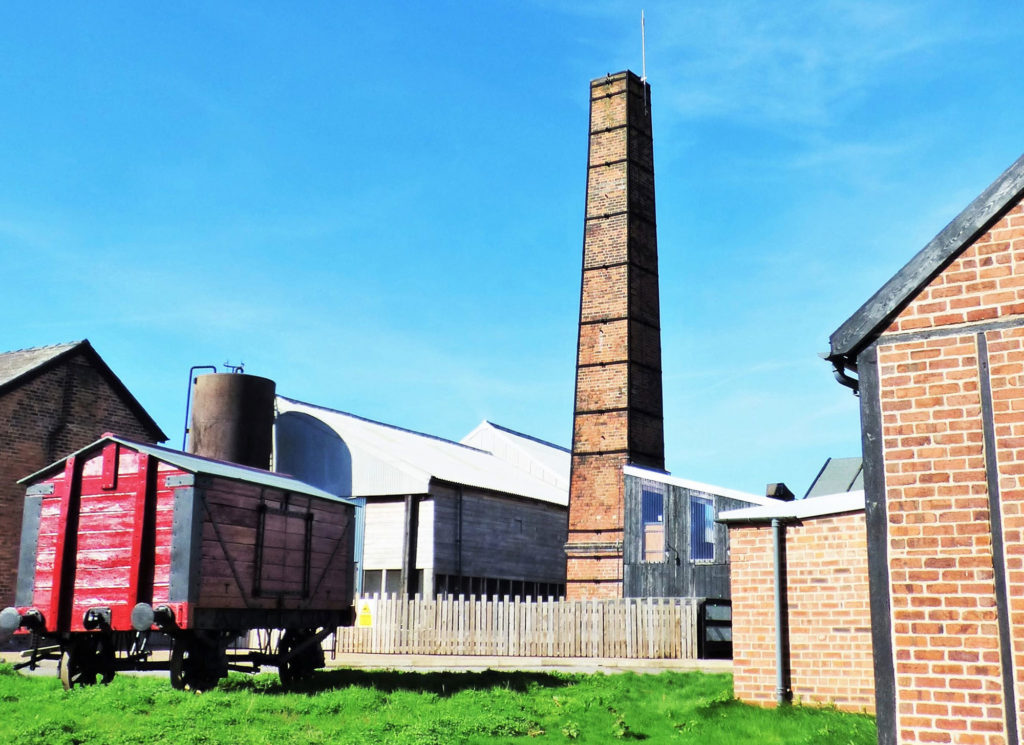 Around two thousand years ago the Romans first discovered and took advantage of the natural brine streams running through this area. Created by water percolating through marl rock, the streams provided a valuable source of salt which was highly prized in Roman times – so much so that it was even used to pay wages.

Fast forward hundreds of years to 1894 and the Lion Salt works was established by the Thompson Family; here they sunk a brine shaft to access the rich deposits underground, and built an open pan saltworks, to separate the precious salt from the briny water.

Today, the site is the only remaining open pan saltworks in the country, and you can explore the pan houses and stove houses that housed the salt pans and where the boiling-down process took place. The interactive galleries touch on everything from the history of salt production in Cheshire, to the Thompson family, to how salt impacts the local wildlife. 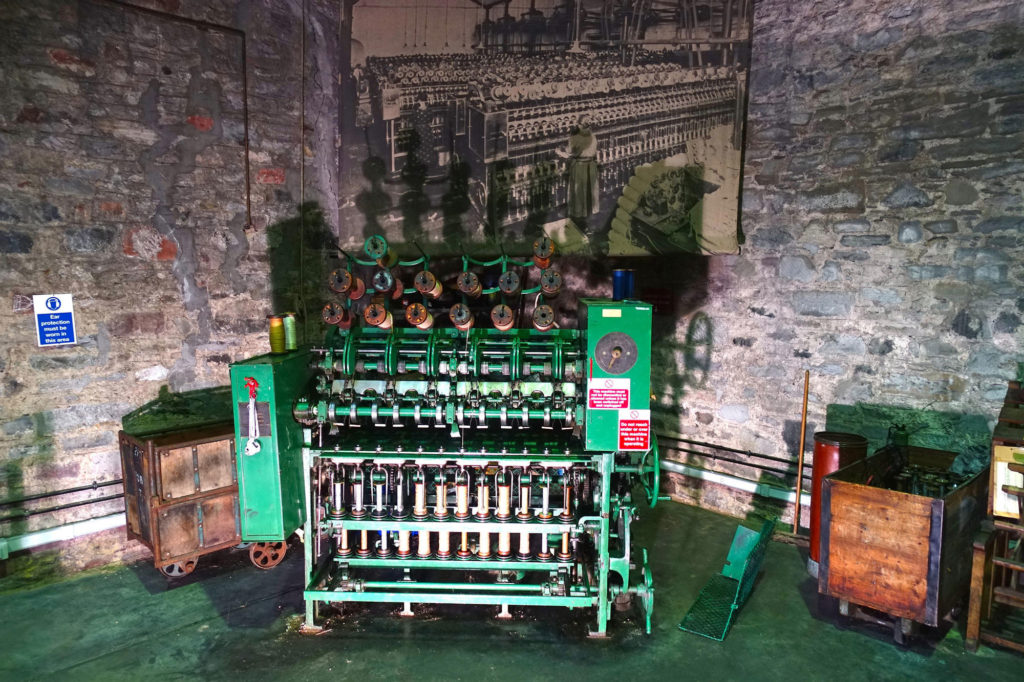 The jute industry and the Scottish city of Dundee are so intrinsically linked that it’s hard to talk about one without the other. From the latter half of the 19th century until the mid-20th century Dundee’s economy was completely dominated by the jute industry, with the city producing most of the world’s jute textiles. Verdant Works is a renovated Victorian jute mill, a rare example of a surviving courtyard mill, and the only jute museum in the UK.

Visitors to the factory today can see how Scotland’s trade link with India and a serendipitous discovery led to the development of jute fabric, discover how the success of the jute industry led to widespread male unemployment, and learn about living conditions in Dundee in the late 19th century.

There’s a chance to watch, and hear, the tremendous machines in action, and see how the tough raw material was transformed into such a useful textile. You can also see the mill’s 1801 Boulton & Watt beam engine in action, and relive the sights and sounds that half of Dundee’s working population would have experienced. 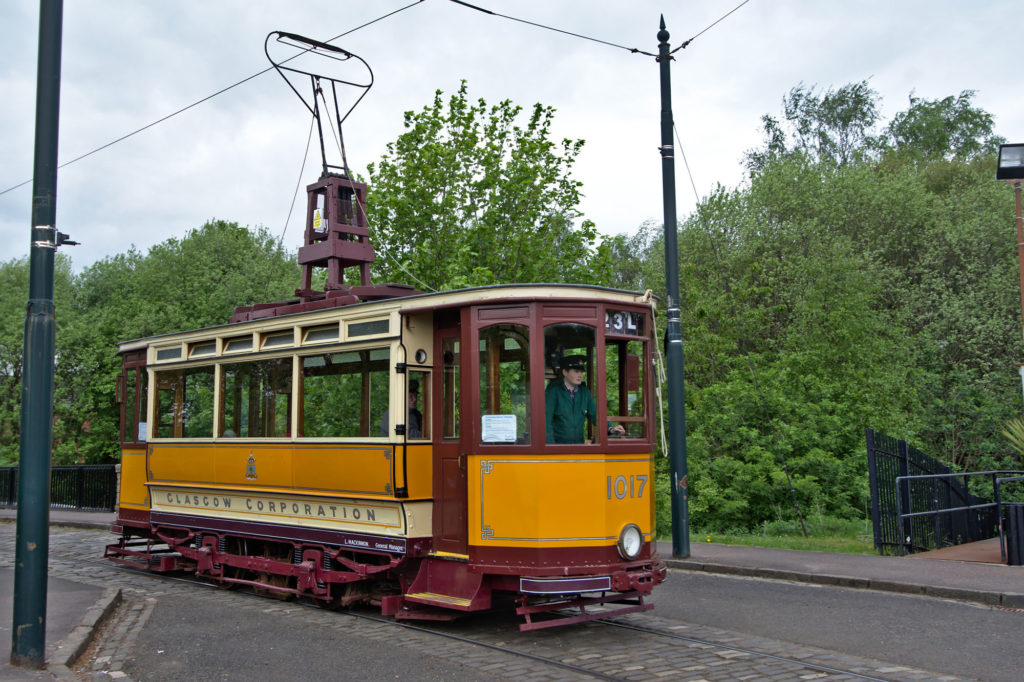 On the former site of Summerlee Ironworks, which was operational for nearly a century between 1836 and 1930, Summerlee Museum of Scottish Industrial Life tells the story of the ironworks, and shows the wider picture of industrial history in Scotland.

The futuristic museum focuses on Lanarkshire’s contribution to major industries including mining, engineering, steel working, weaving and farming. You can explore the ironworks at your own pace, taking advantage of the vintage trams from Lanarkshire, Glasgow and Düsseldorf to make your way around the 20-acre site.

You can also walk down the Miner’s Row to see how miners would have lived from the 1880s to 1980s, and take in the 1940s home complete with Dig for Victory garden and an Anderson shelter – there’s even an old-fashioned sweetie shop. In addition you can explore a recreated mine, a replica of the 1819 barge Vulcan and see the museum’s various rolling stock. 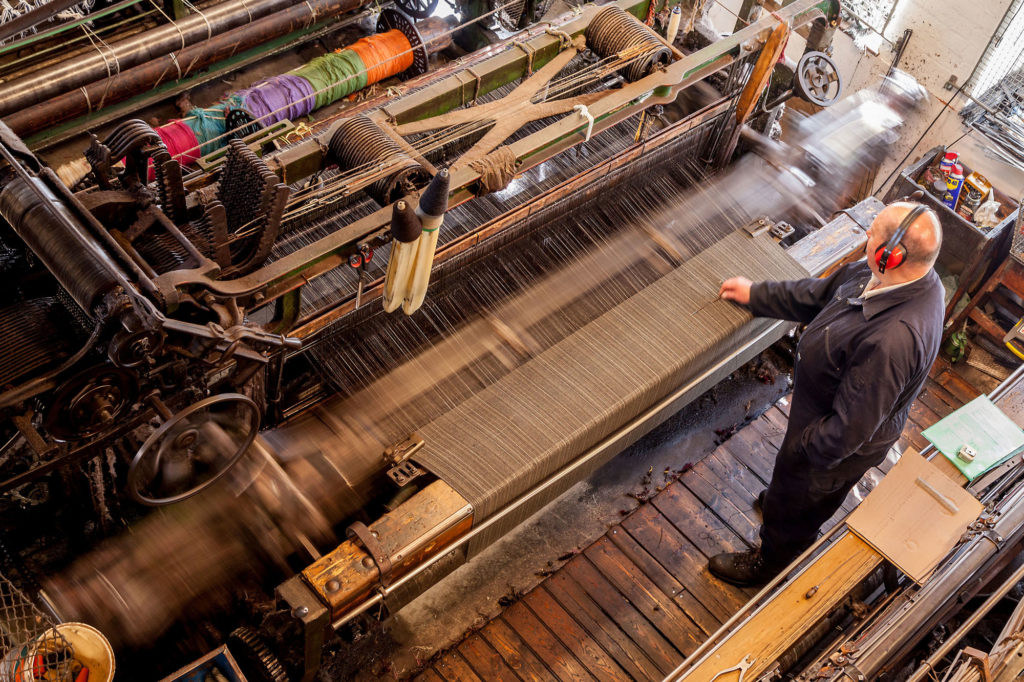 Located in the picturesque village of Dre-fach Felindre is the historic Cambrian Mills, which was established in 1902 to provide clothing to workers in the coal and steel industries. The mills were once part of Wales’ most important industry, the woollen industry, which surpassed even coal. Now occupying the restored listed mill buildings is Wales’ National Wool Museum, which recounts stories of this thriving industry.

Using restored machinery, staff demonstrate the process of making woollen goods, from fleece to fabric. The museum has four of the vital carding engines, which disentangled the wool fibres, creating the roving necessary for spinning the wool into strong yarn – and you can see this yarn being woven into intricate geometric patterns on the museum’s own looms. 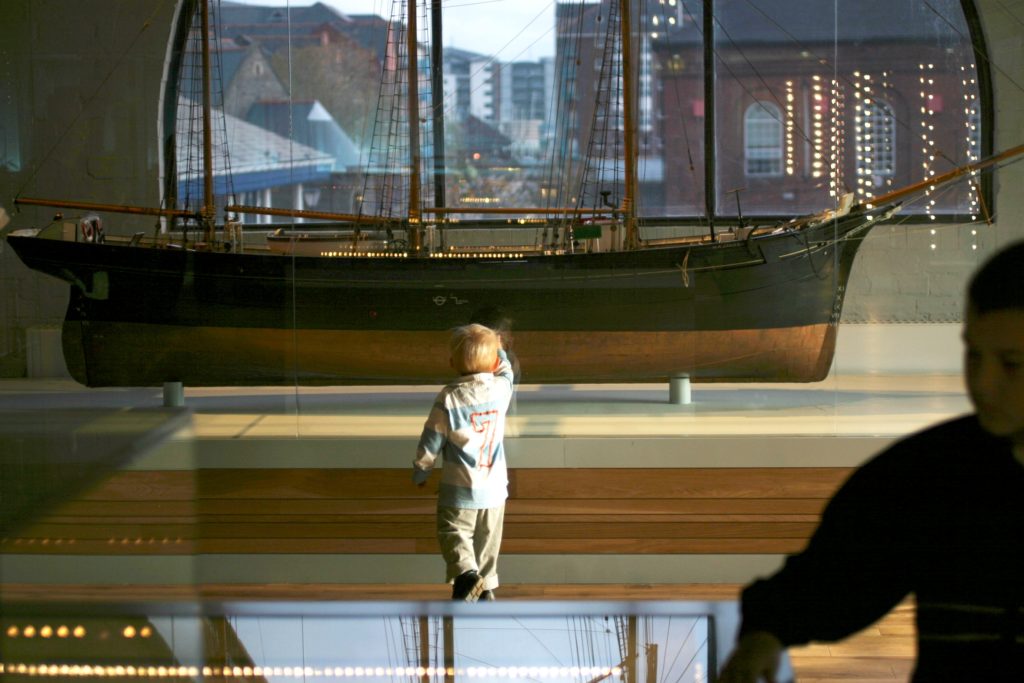 Swansea’s National Waterfront Museum explores the impact of the Industrial Revolution on Wales and beyond through its collection of objects and artefacts relating to transport, trade, technology and maritime heritage. The museum uses hi-tech sensory and interactive displays to tell these historic stories.

Here you can learn about how industry affected the people and communities in Wales, and see how groups and initiatives such trade unions, the Miners Association and the NHS were established. The museum’s Made in Wales gallery brings to light the recognisable household objects which were manufactured in Wales.

On top of this, you can uncover how Wales had a hand in revolutionising the rail, mining and metal industries, such as the tinplate industry for which Wales produced most of the world’s supply. 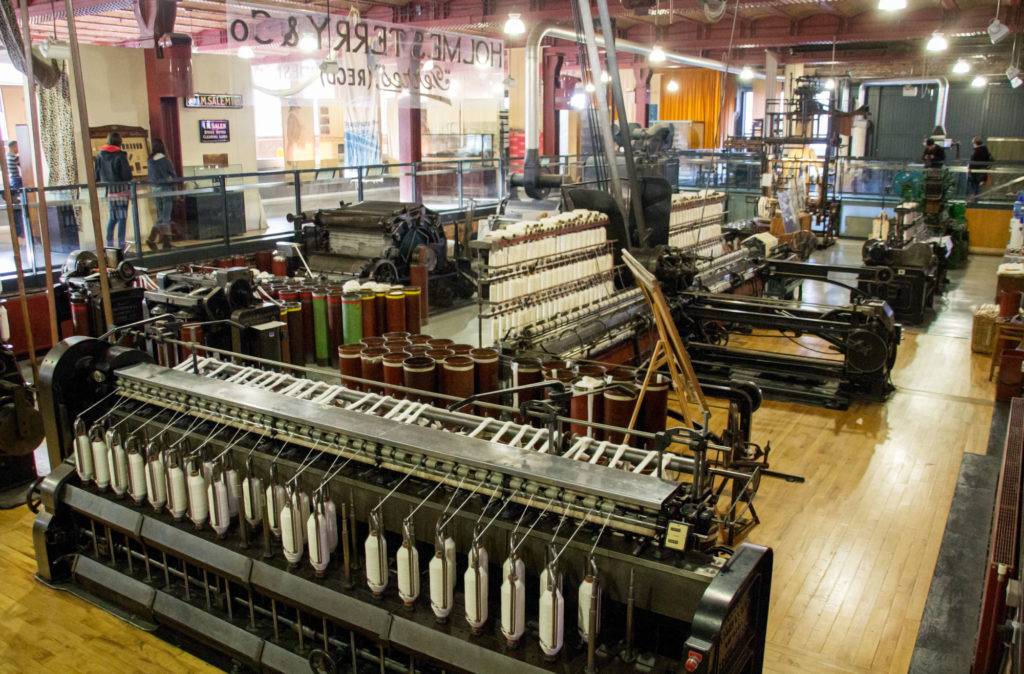 Located on the site of the world’s first passenger rail station – Liverpool Road Station, which was opened in 1830 – Manchester’s Science and Industry Museum holds a vast collection of machines, engines, equipment and artefacts relating to transport and industry in Manchester and the wider world.

The museum features a replica of the Manchester Baby – the world’s first fully electronic stored-program computer – and has a gallery dedicated to telling the story of communications in the North West. The textile galleries have working examples of carding, spinning and weaving machines which are demonstrated regularly by museum staff.

Outside you can explore the 1830s train platform and visit the simple waiting room. In the railway’s old shipping shed you can explore the power hall, where a variety of static engines are kept. Located in a former market building, the air and space hall features a wide variety of planes and other flying machines, including a Hawker Hunter and an intact Japanese kamikaze Ohka aircraft. 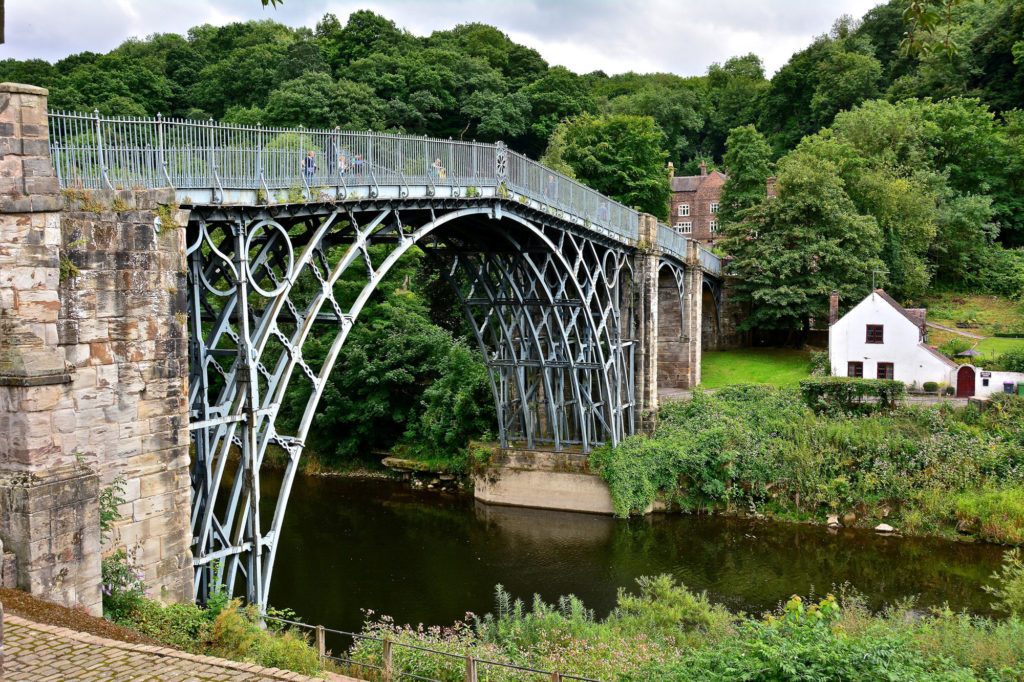 With almost too many museums to mention, the town of Ironbridge is a UNESCO World Heritage Site for a very good reason. It was here, in 1781, that the world’s first major cast iron bridge was opened; this momentous event leads to Ironbridge often being hailed as the birthplace of the Industrial Revolution.

Visit the Ironbridge itself to take in the incredible, and rather beautiful, feat of engineering, then see the forge where this world-famous bridge was constructed in 1779 at the Coalbrookdale Museum of Iron. The nearby Museum of the Gorge has a 12-metre model of the area and a film explaining how it became the most industrious place in the world.

Elsewhere in the town you can visit the Darby Houses and explore the home of Abraham Darby III – the builder of the Ironbridge – or for a more hands-on experience you can take a trip to the uber-interactive Enginuity, which puts the science behind the Industrial Revolution into practice in family-friendly displays. Visit the abandoned Broseley Pipeworks, kept exactly as it was when workers left in 1957, and get an eerie glimpse into the Victorian pipe making industry. While you can’t currently walk through the Tar Tunnel, visitors to nearby attractions can stop by and peer into the oddly-oozing brick tunnel, which has natural bitumen seeping through its cracks. 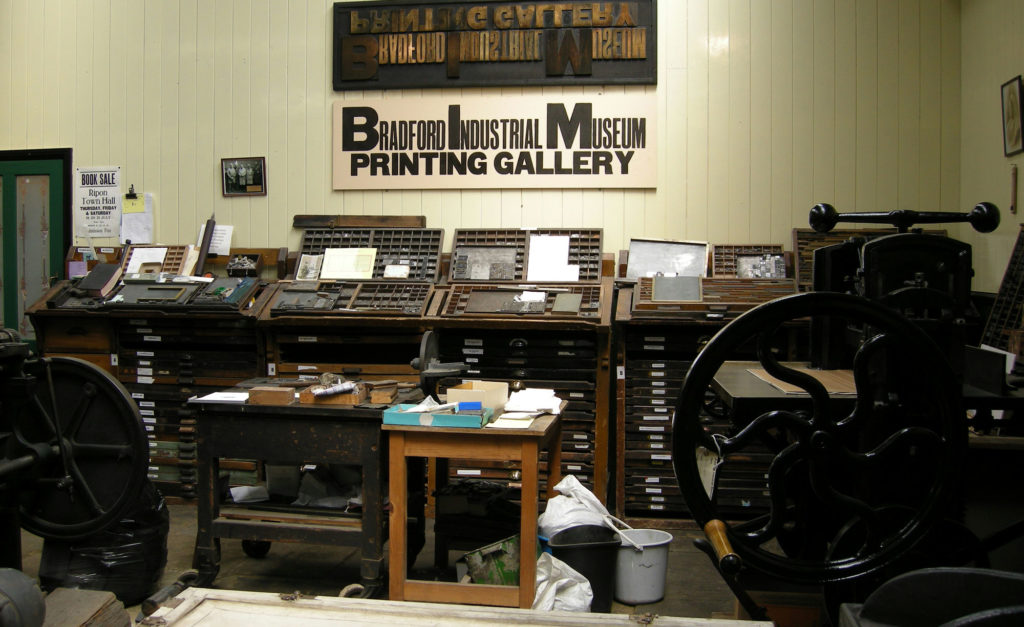 Originally a textile mill, Moorside Mills is now home to the Bradford Industrial Museum, which reveals and preserves the industrial heritage of the city. Known for its booming wool industry, Bradford was as the heart of the global textile industry in the 19th and 20th centuries.

The museum has a vast collection of machinery, with lots of pieces kept in working order and regularly demonstrated. Having been originally used for spinning, the building holds a variety of machines used in the production of woollen textiles, from preparing, combing and drawing to spinning and weaving.

As well as this, there is a collection of vehicles, including locomotives, trams, trolleybuses and cars. The printing gallery contains various different types of printing machines and equipment, also kept in working order and regularly demonstrated, which includes machinery from the last hot metal typesetting print works. 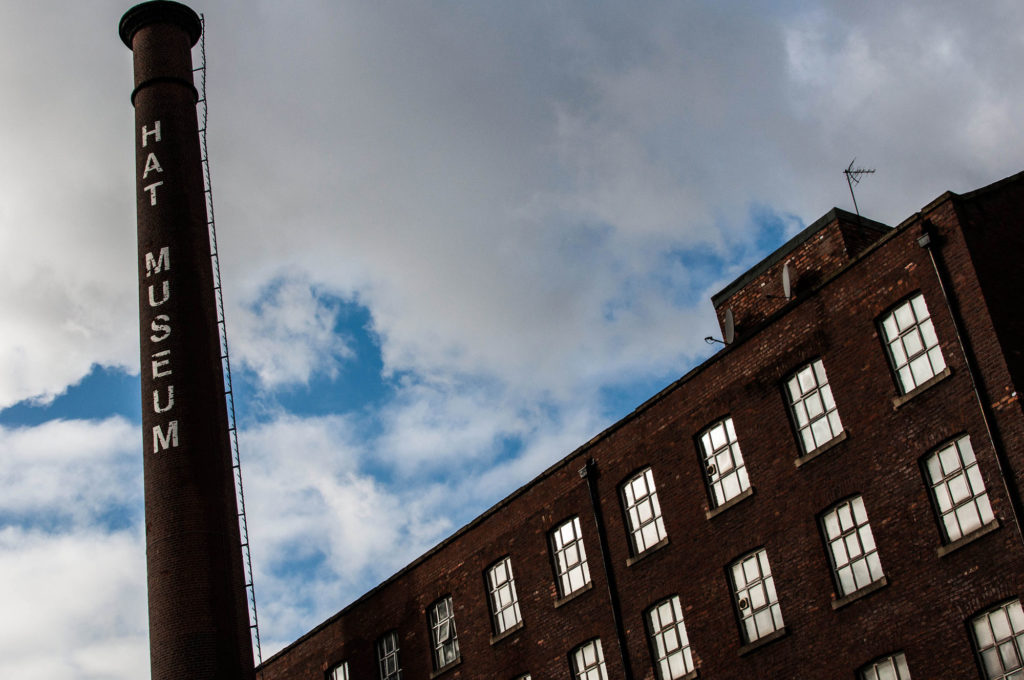 Housed in the Victorian-era Wellington Mill, used as a hatmaking factory from the 1890s, the Hat Works museum explores the history of hatting in Stockport, which was a major centre for hatting during the Industrial Revolution. This gem can’t be missed, quite literally – its 200 feet tall chimney is emblazoned with giant letters reading ‘Hat Museum’.

The museum takes you through the entire hatmaking process from start to finish and tours by knowledgeable guides are available to help bring the history of the hat trade to life. The museum reveals the challenges and dangers of working in a factory environment in the 19th and 20th centuries, and explores the different roles and skills required throughout the process.

Once you’re au fait with hatmaking, the museum’s extensive display of around 250 twentieth century British hats awaits you, featuring all kinds of adornments from military headgear to top hats to couture millinery.