The driving force behind the Industrial Revolution, mining played an important role in British history. Here are some of the best places to explore our mining heritage up close 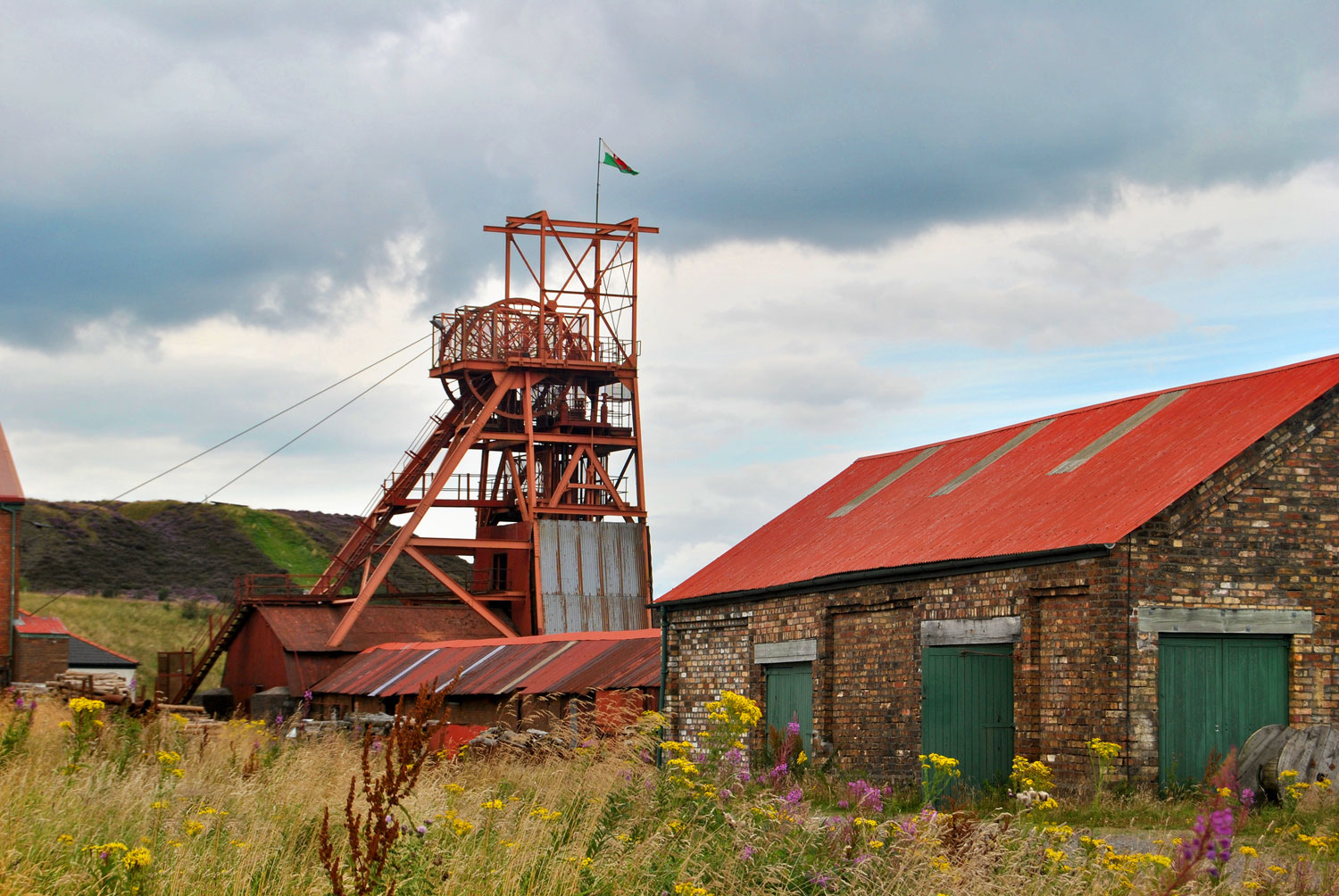 Located in Blaenavon Industrial Landscape, recognised as a UNESCO World Heritage Site for its role in the Industrial Revolution, Big Pit: National Coal Museum preserves the heritage of Welsh coal mining and can be recognised by its distinctive red winding tower, which drove the cage providing a route in and out of the mine.

Today at Big Pit you can travel to the very depths of the pit, in the cages that would have transported the miners to their work. An underground tour of the site brings to life the industry that powered the nation throughout the 19th and 20th centuries.

Immersive galleries uncover the marvels of modern mining equipment and methods, with recreated scenes illustrating how machines and explosives were used to tear into the rock, exposing the precious coal within. Exhibition spaces in the mine’s old baths, which were built to avoid workers going home damp and dirty and becoming unwell, tell the story of Wales’ mining communities, including Blaenavon. 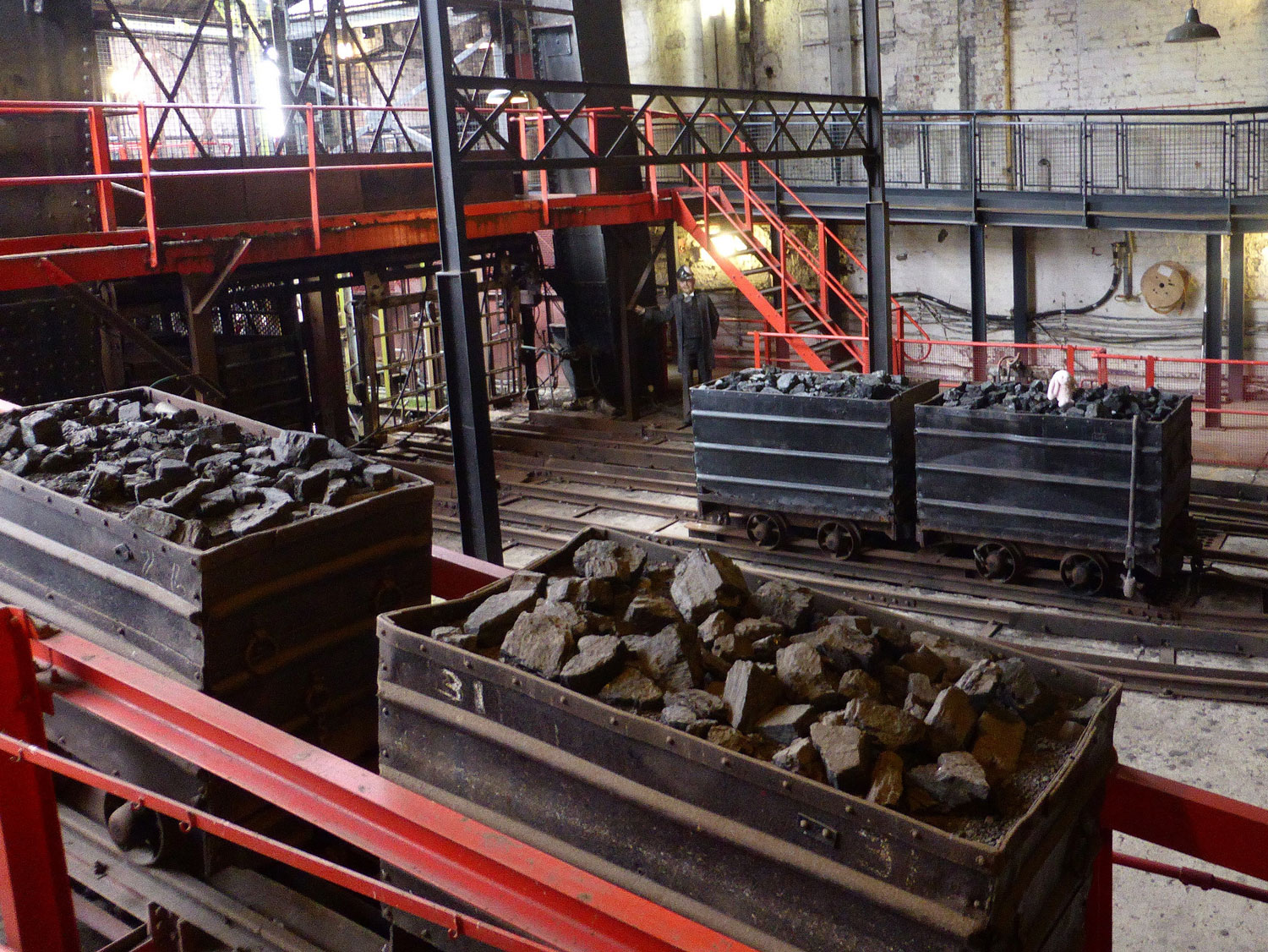 Operating for almost a century, the Lady Victoria Colliery opened in 1895 and closed in 1981; today the site, which is set over four acres, is one of the best-preserved Victorian collieries in Europe.

Visitors can explore the Museum’s interactive galleries which tell the story of the industrial and social history of coal mining through the ages – an industry which completely dominated areas of Britain – and learn what life was like in a mining community.

It’s the guided tours though, led by experienced ex-miners, which really steal the show. Sharing their knowledge and experiences of working in the pit, they give an unrivalled insight into the mining experience, and allow you to share in their passion for the industry. 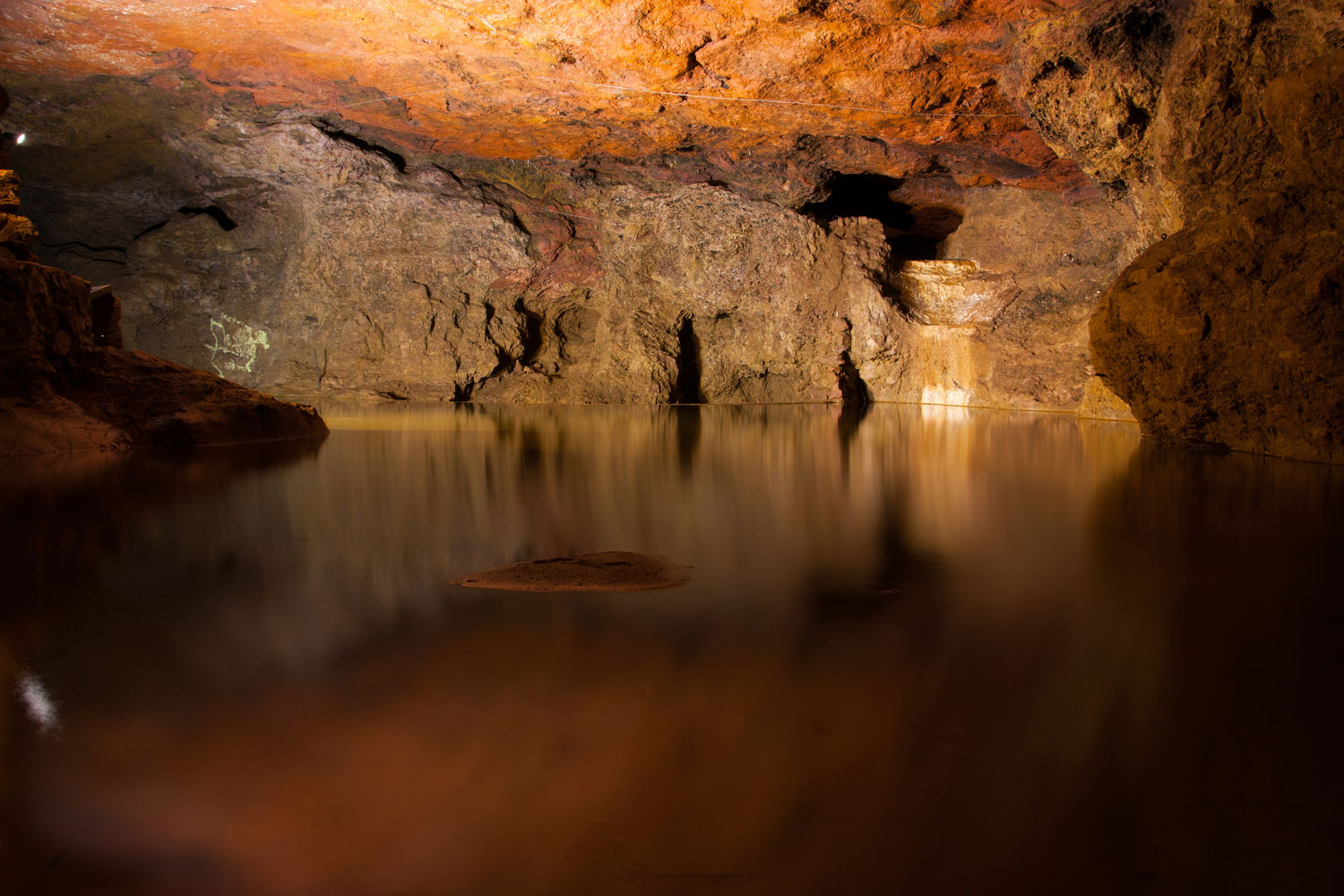 A hidden world lies beneath the famous Forest of Dean. Renowned for its breath-taking views, beautiful walks and exciting myths and legends, the forest is also home to an atmospheric natural underground cave system, which has been mined for its valuable iron ore and beautiful red and purple ochre pigments for over 4,500 years.

You can explore the show cave – part natural cavern and part worked mine complex – in your own time, and soak up some of the mine’s long history. Workers’ tools and equipment left abandoned in the mine give a feeling of what the environment would have been like for the miners, and children, who worked here. Today the mine still hosts meet the Forest Freeminers – men (and since 2010, women) aged over 21 with more than a year and a day’s mining experience whose birth right entitles them to mine the cave for its precious materials.

For the more adventurous visitor, booking onto a deep caving tour lets you head off the beaten track and further into the depths of the cave. Donning overalls, a helmet and lamp you’ll be led by an expert guide through the system’s lesser-seen labyrinth of passages and caverns.

Levant Mine and Beam Engine
Pendeen 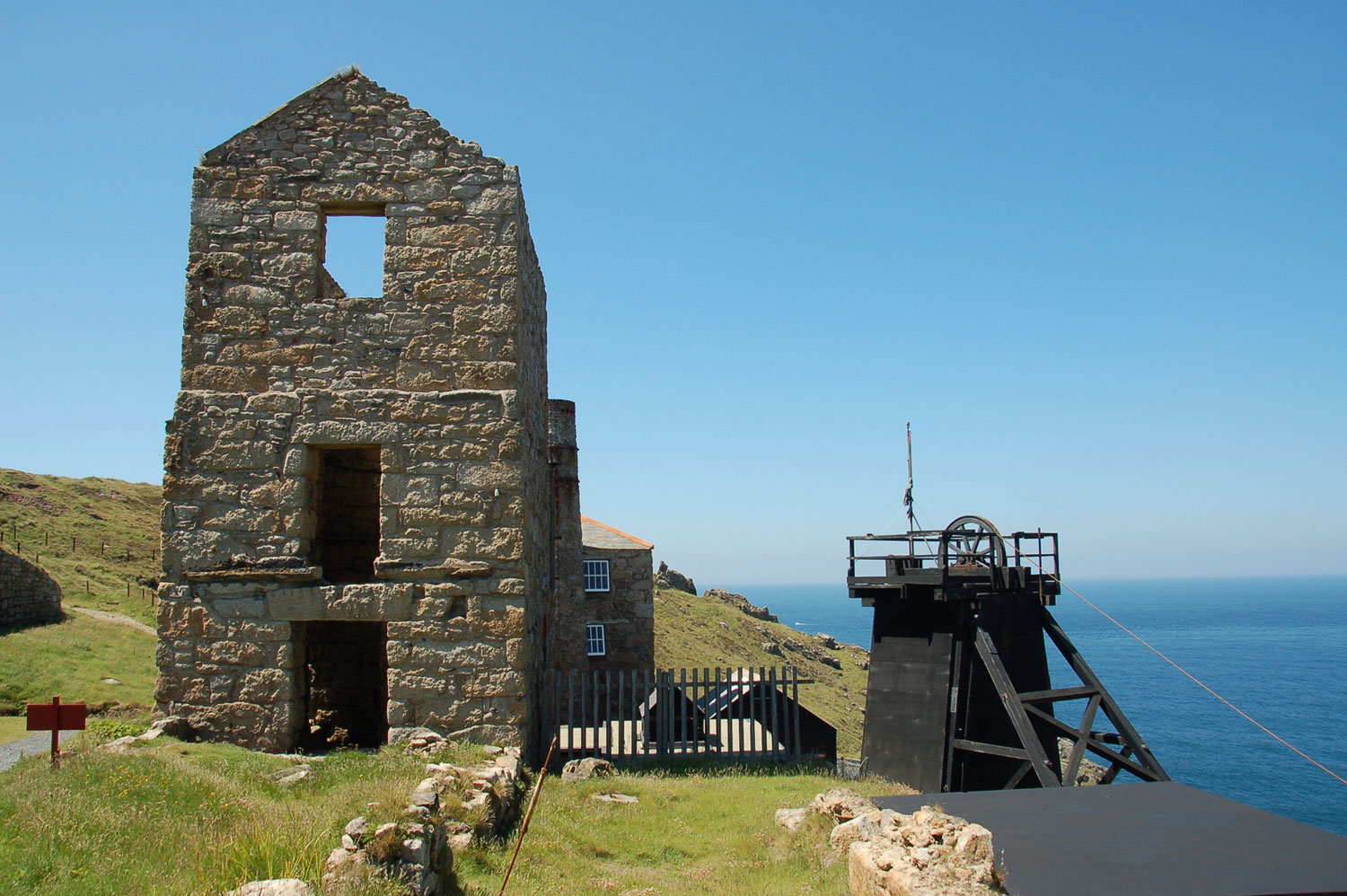 Cornwall’s Levant Mine forms part of the Cornwall and West Devon Mining Landscape which, by the early 19th century had made such leaps and bounds in mining technology that it was able to produce a staggering two thirds of the world’s copper supply. Now recognised by UNESCO World Heritage Site for its fundamental contribution to the Industrial Revolution, this part of the country is rich with stories of mining histories, communities and technologies.

During operation Levant Mine reached out for a hair-raising 2.5km under the sea, following a rich vein of tin and copper ore. Steam engines were used to pump water out of the mine system, while great boulders would roll around on the sea bed above the miners’ heads. The engines that facilitated these world-famous submarine mines can still be seen today in the engine house.

It’s the restored 1840s beam engine though which is a real treasure. The only Cornish beam engine still in action anywhere in the world, it was built to raise the precious ore from bottom of the pit to the surface. The sounds and smells of this working steam relic help bring the mine back to life. 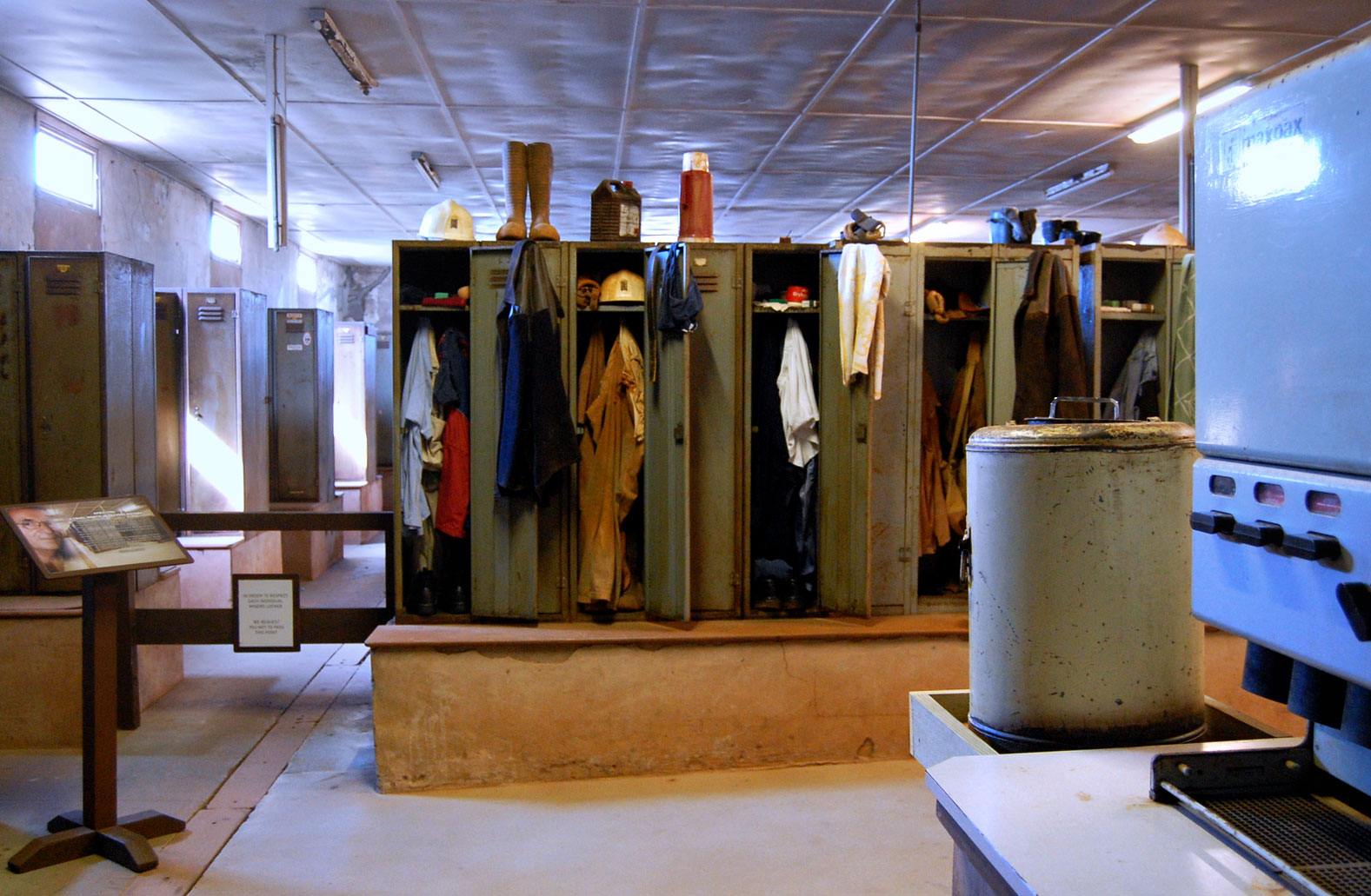 A scenic 10-minute stroll away, along a half mile stretch of the South West Coast Path, Geevor Tin Mine reveals a more recent mining story in the County. Operational from 1901 to 1990, Geevor produced around 50,000 tons of raw tine ore from its 85 miles of tunnels. At 67 acres, the site is the largest preserved tin mining site in the country.

In the 60s, Geevor extended its reach into the nearby, then-disused, Levant Mine’s old tunnel system, which still had valuable ore to mine. A team of underground divers were tasked to fix a breach in the sea bed which had flooded the mine; it was drained and work once again resumed.

Unlike its derelict neighbour, Geevor – which ceased operation in the 90s – is left like a time capsule, with workers’ possessions, clothes and tools left as if they had finished work for the day. Tour guides are ex-miners, who take you on a journey through a section of the underground network – just a tiny fraction of the many miles of tunnels which lay flooded beneath your feet. 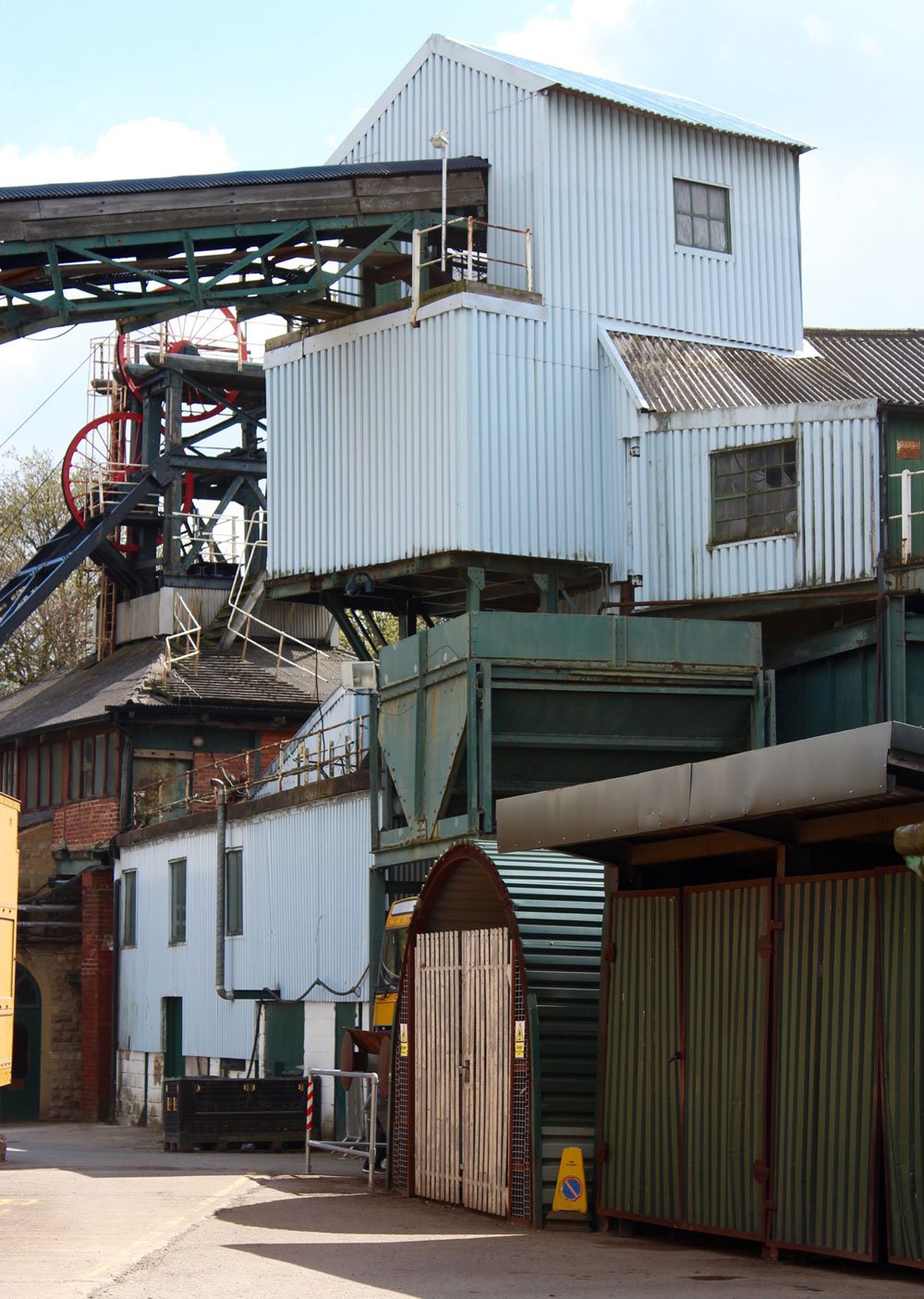 Based on the site of the Caphouse Colliery – a late 18th century works which was established to take advantage of a thick seam of coal outside Wakefield – The National Coal Mining Museum for England opened in 1988, just three years after the pit was closed.

The museum brings the history and science of coal mining in England to life, and includes objects relating to miners’ safety and welfare, and the strikes of the 1980s. You can explore the colliery buildings including the baths, stables, winding engine house and control room, and take a ride on a pit train and meet a pit pony.

To get the full mine experience you can take a tour 149 meters underground with an ex miner and experience the conditions that the workers would have endured, and discover the roles that men, women, children and horses would have played over the mine’s operation. You’ll also see how the mining equipment changed and developed over almost 200 years, from the early days of hacking at the coal face with pickaxes, to the heavy machinery used towards the end of the mine’s life. 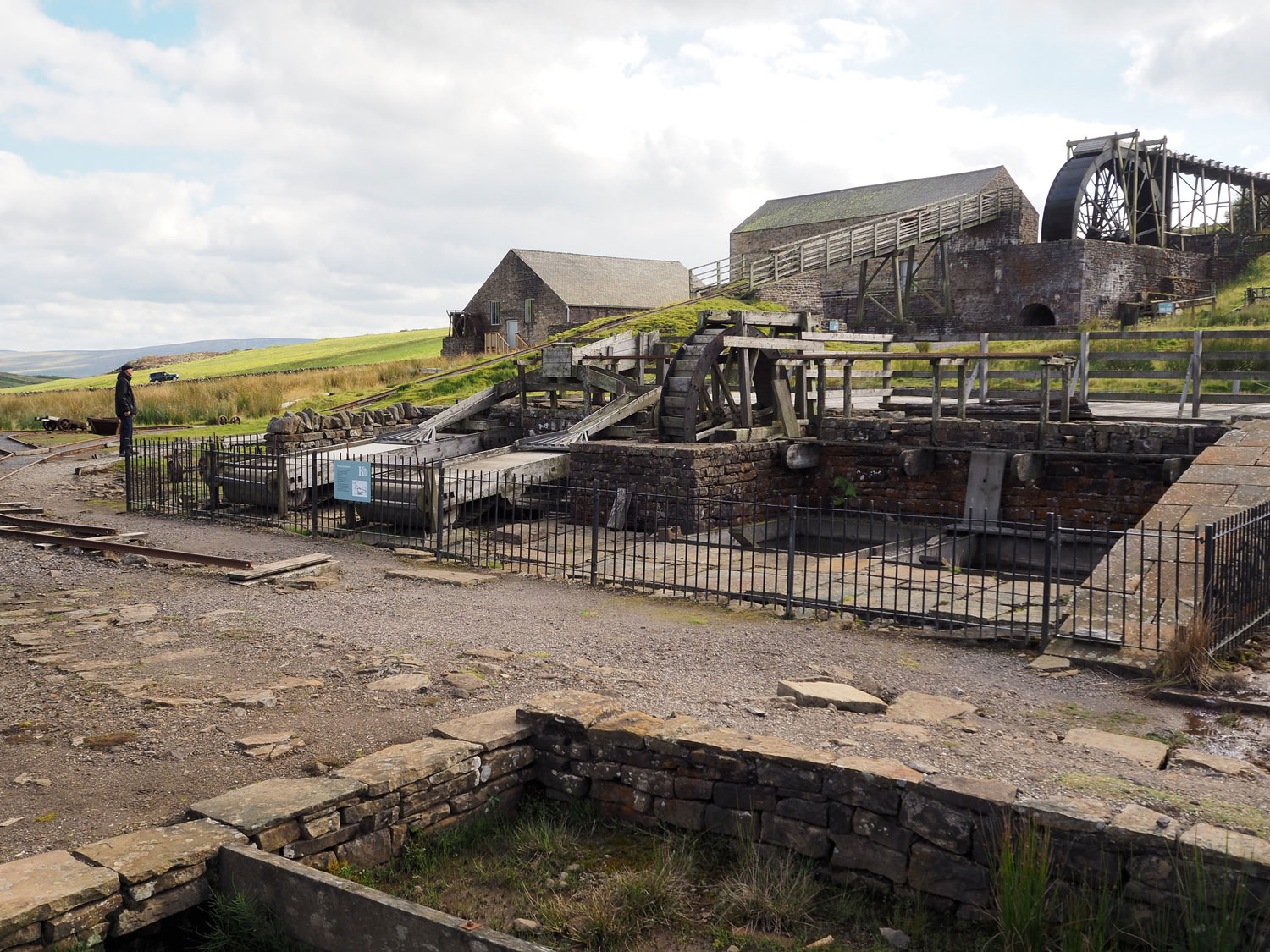 Set in the stunning surroundings of the North Pennines, Killhope was one of many mines in the Pennine lead mining industry of the Victorian era. Operational between 1853 and 1910, Killhope was for a time the most prosperous in the country; today, it is the most complete lead mining site in Britain.

Killhope’s landmark, the famous original waterwheel, which was installed in the late 19th century to facilitate quicker washing of the lead ore has been restored to full working order and is one of only two surviving Armstrong waterwheels.

Today you can don a hard hat, lamp and wellies and follow in the footsteps of a lead miner in Victorian England, have a go at mineral hunting above ground at the washing floor, and try to spot some of the local red squirrels. The museum explores daily family life in the mining community – don’t miss the unique collection of spar boxes – ornate Victorian cabinets and bell jars filled with displays made from varieties of different minerals. 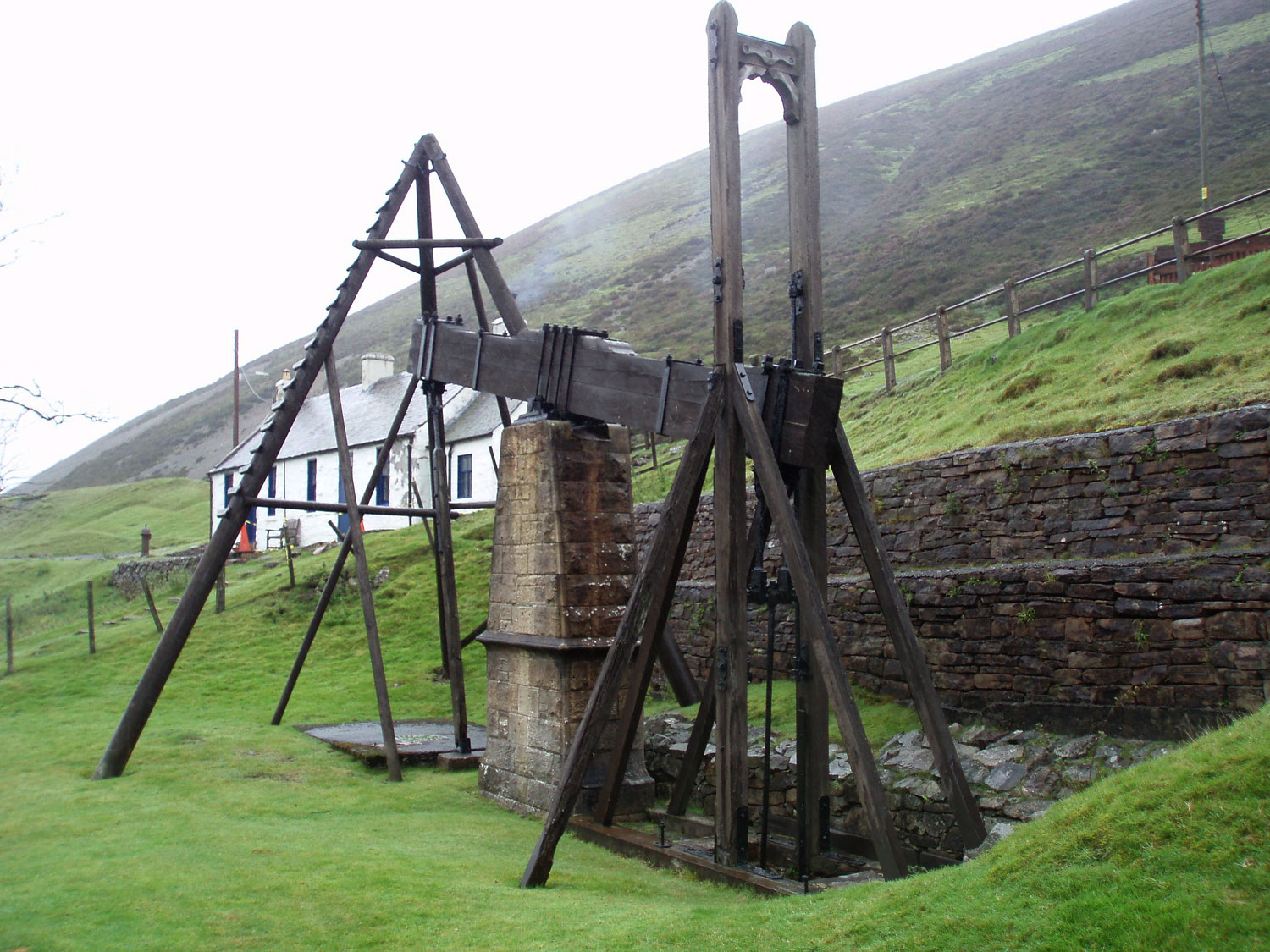 The highest village in Scotland (and one of the coldest), Wanlockhead, owes its existence to the abundance of lead and other mineral deposits in the hills, including some of the world’s purest gold. Locknell Mine, a drift mine cut into the hillside was used from the early 18th century to search for galena – lead ore. Entering the tunnel, you can see the very first piece of galena that the miners found here – left embedded in the rock to bring them good fortune.

Visitors can visit The Straitsteps Cottages, which would have housed the miners, and today are each decorated to illustrate life in a different time period: the mid-18th century, the mid-19th century and the early 20th century. The Miners Library can also be perused – the second-oldest subscription library in Europe, it was established in 1756 by 32 men for the mutual improvement of the community. Part funded by the mining companies, it was also hoped that the library would help quash unruly behaviour.

When you’ve finished visiting the mine and the community’s buildings you can try your hand at panning for real gold, marvel at the beam engine which pumped water out of the mine and learn how lead ore was won and processed here. 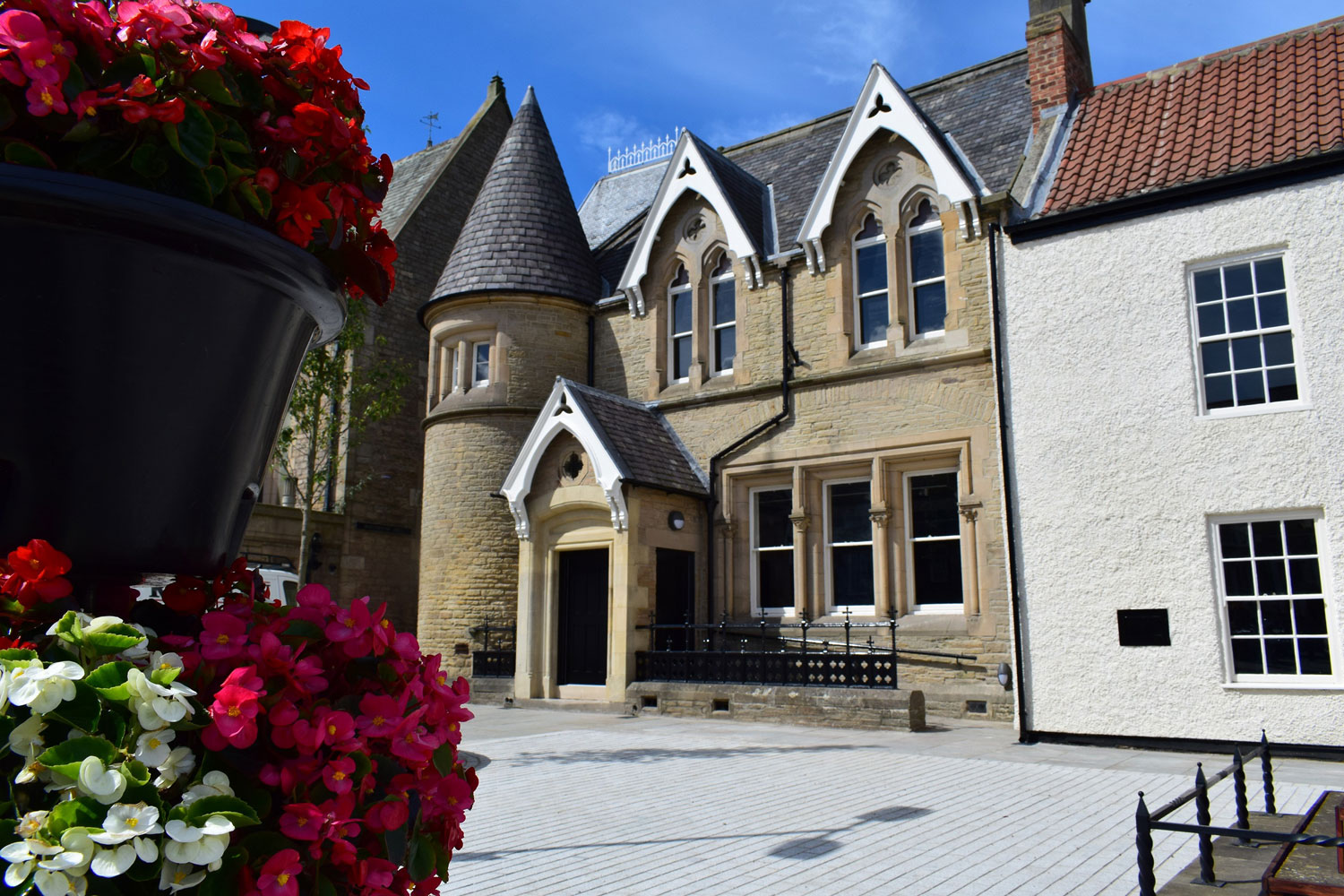 As such an important part of British heritage and identity, it is unsurprising that a wealth of art both created by and capturing the mining communities emerged. In Bishops Auckland, a town which owes its rapid growth during the Industrial Revolution to the local mining industry, a new gallery celebrates the connection between art and mining.

The collection of hundreds of works of arts made in and by the mining community was amassed by Dr Robert McManners OBE and Gillian Wales, who spent three decades locating, recording and buying Mining Art. The works reveal both the claustrophobia and fear of life underground, and the spirit and energy of the community which sustained life above ground.

Featuring prominent artists from the North East, including Tom McGuinness and Norman Cornish, the gallery uses this powerful imagery to preserve the memory of miners and share mining heritage with generations to come.

One comment on “Britain’s best places to see: Mines and mining Museums”