We look the best places to visit and the finest collections and locations to seek out when tracking down William Shakespeare. Follow our guide to follow in the footsteps of The Bard… 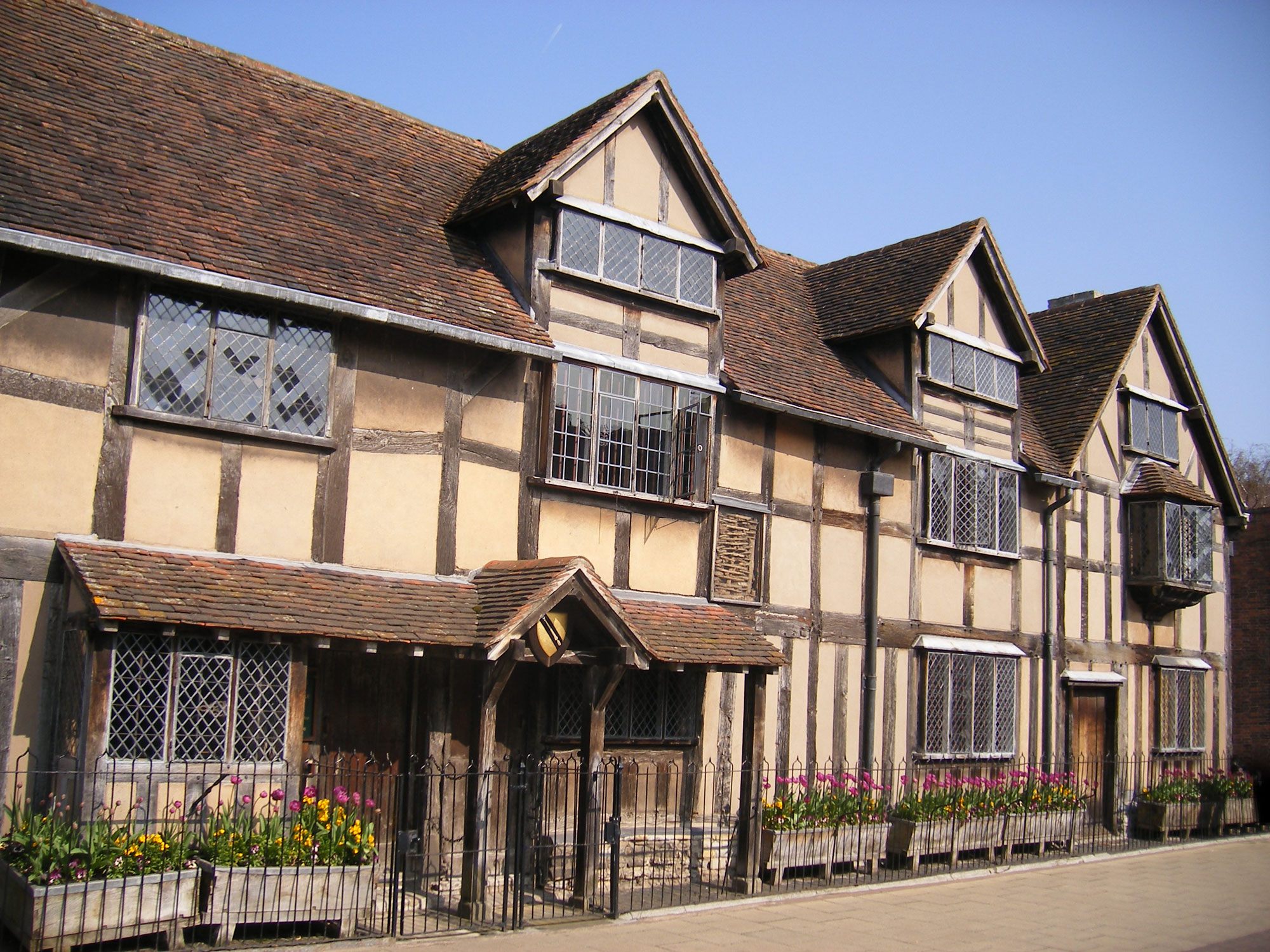 More than any other place in the world, Stafford-upon-Avon is a place defined by its association with The Bard. Shakespeare’s Birthplace in Henley Street is the world’s number one place of pilgrimage for fans of William Shakespeare, who was born here on April 26 1564 and lived a great portion of his young adult life here before he was lured to London to make his fortune.

A visit today is an atmospheric and evocative experience with the interior perfectly – including the room where he was born – preserved or at least restored to its sixteenth century décor. 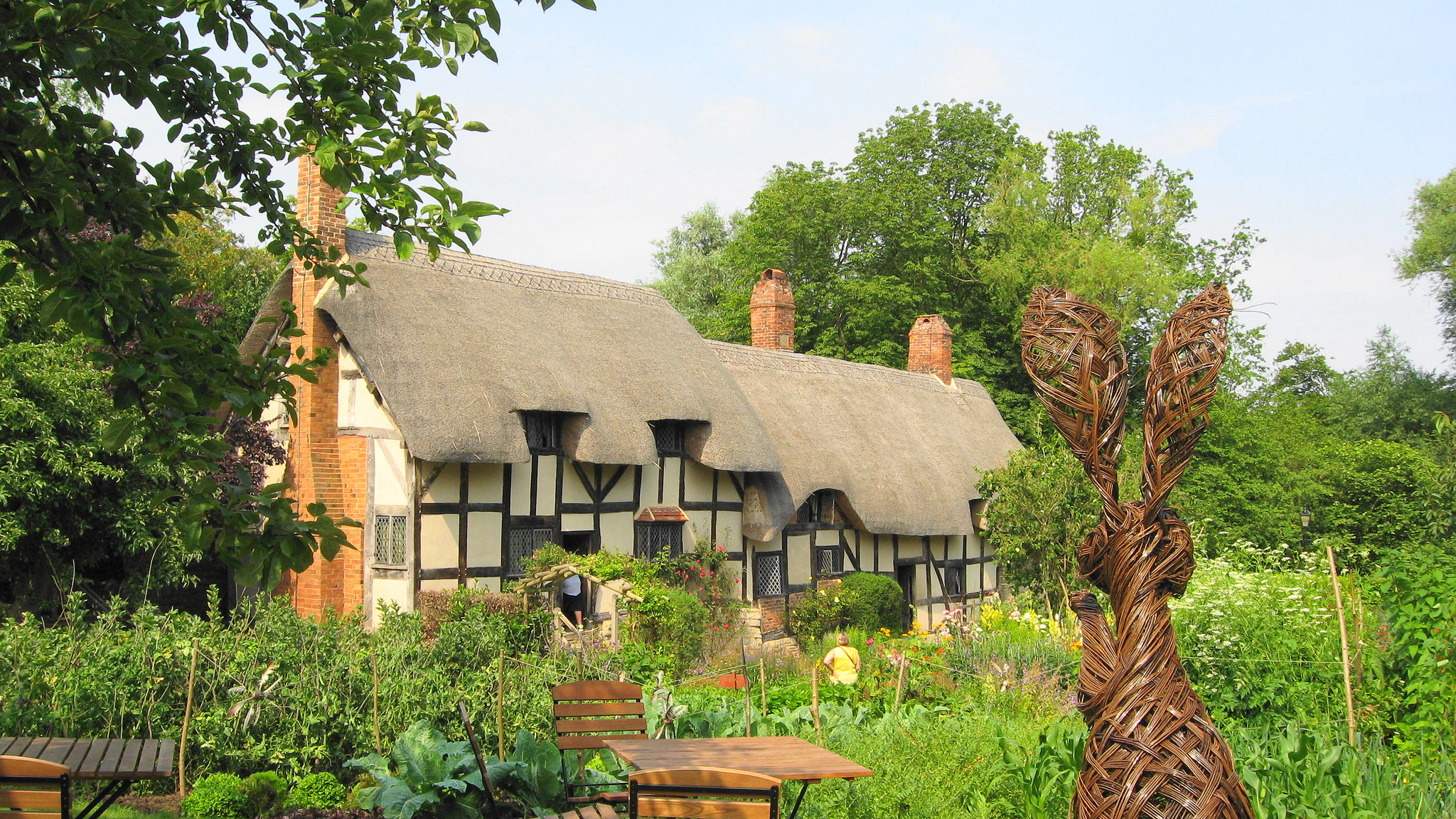 The birthplace and family home of Shakespeare’s wife, Anne Hathaway, this 500-year-old chocolate box cottage was home to 15 generations of Hathaways. It was here that Shakespeare courted his future bride, whom he married in 1582.

The bucolic family cottage of Shakespeare’s wife is just a one-mile stroll from the centre of Stratford-upon-avon. 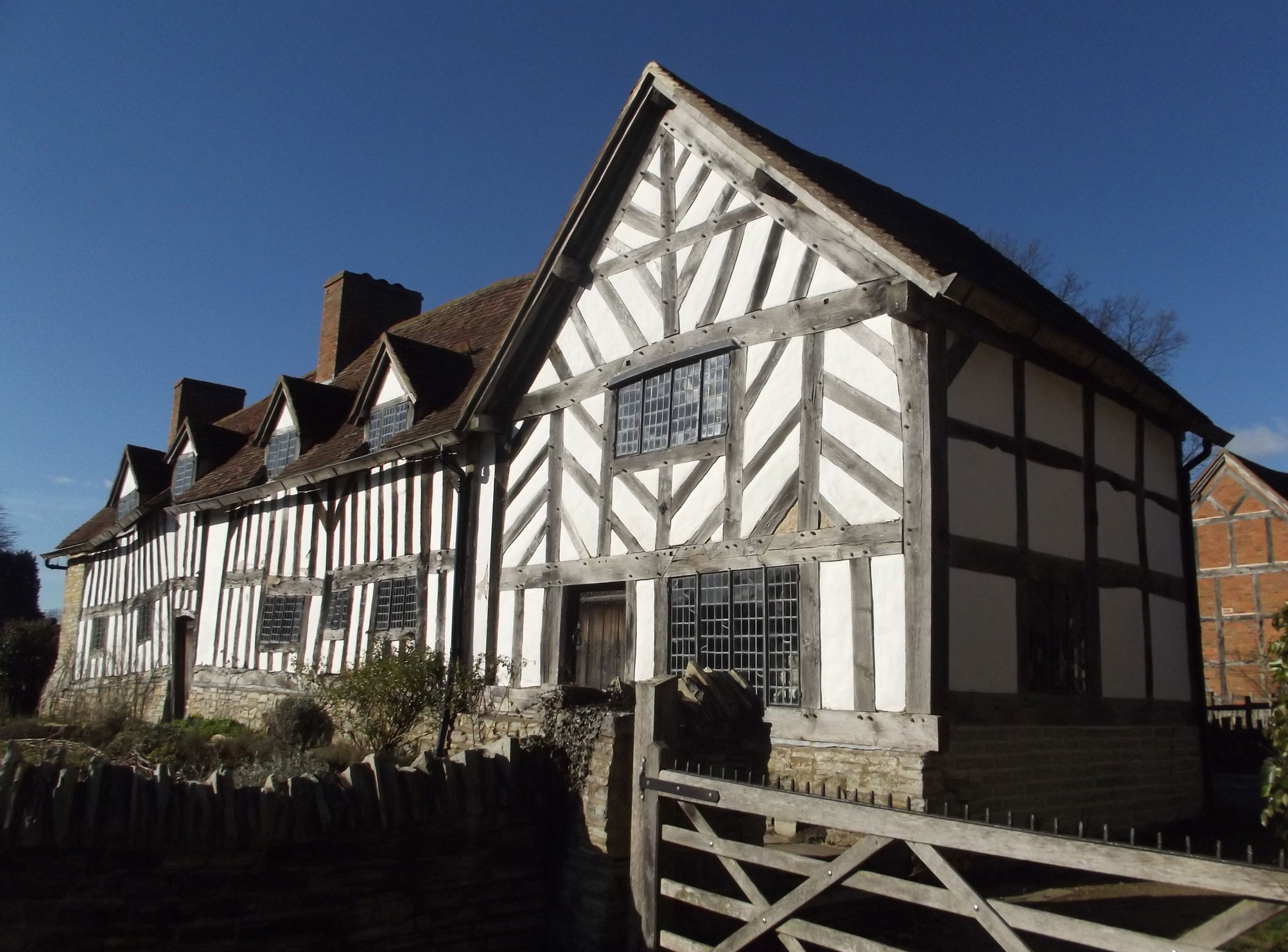 Mary Arden’s Farm, the childhood home of his mother, is just 3.5 miles from Stratford-upon-Avon town centre, or a short walk from Wilmcote train station. Originally built by Shakespeare’s grandfather at the start of the 16th century, the sights and smells of this working Tudor farm give us an idea of how life would have been for Mary and her seven sisters. 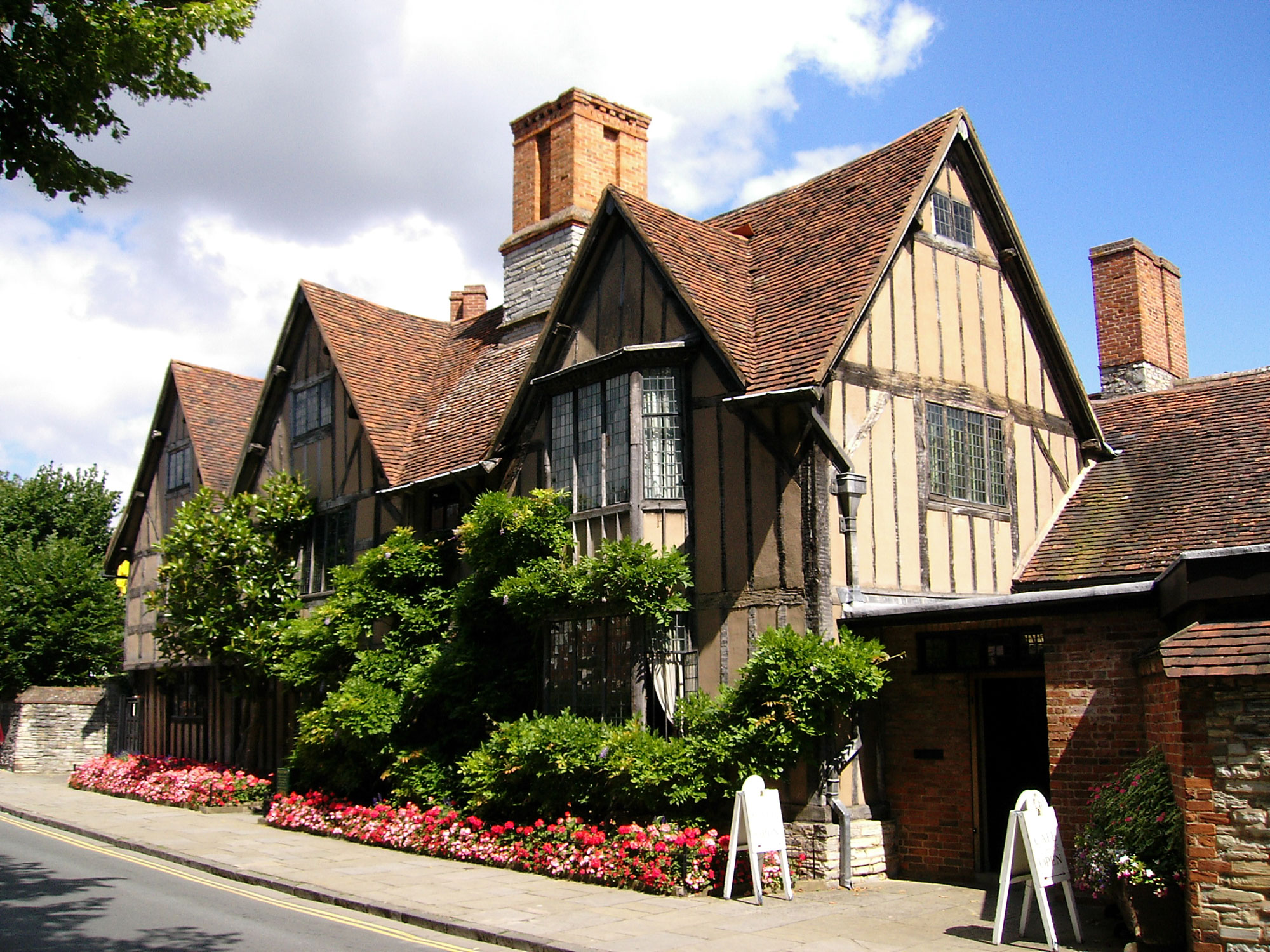 Hall’s Croft is the former home of Shakespeare’s daughter, who lived here with her husband, the renowned doctor John Hall. Hall’s Croft is arguably the grandest of the surviving Shakespeare family residences boasting period furniture, decoration and a beautiful walled garden full of fragrant medicinal herbs like those that John Hall would have used in his medical practice.

Even when he was working in London, Shakespeare’s ties with his hometown remained strong and for 19 years he owned the second largest house there, New Place on the corner of Chapel Street and Chapel Lane.

Shakespeare died here on April 23 1616. The house was demolished in 1759 – much to the disgust of local residents – but today the ruins and a sizeable garden are administered by the Shakespeare Birthplace Trust who are currently restoring them – together with the Museum which acts as the garden entrance in Nash’s House, which was next door to Shakespeare’s. 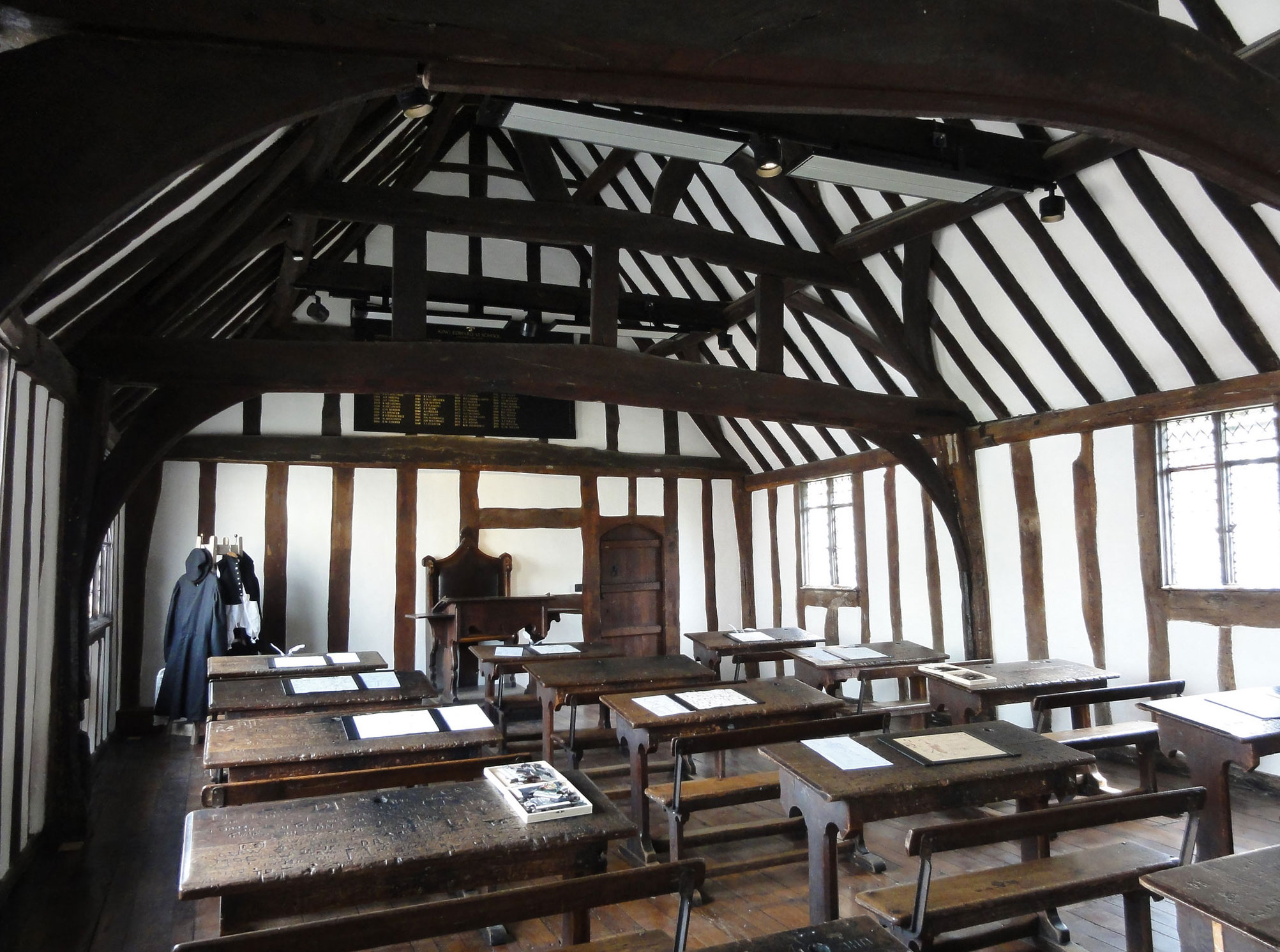 This is where the world’s greatest playwright spent his school years and first experienced theatre.

The Guildhall where the schoolroom was situated also doubled as a theatre space where William first witnessed performances by the country’s greatest actors, including the Earl of Leicester’s Men, who came to the Guildhall fresh from performances at the Royal Court and Kenilworth Castle.

The Guildhall also served as the Council Chamber where Shakespeare’s father, John, served his year as Bailiff (Mayor) in 1568-9. 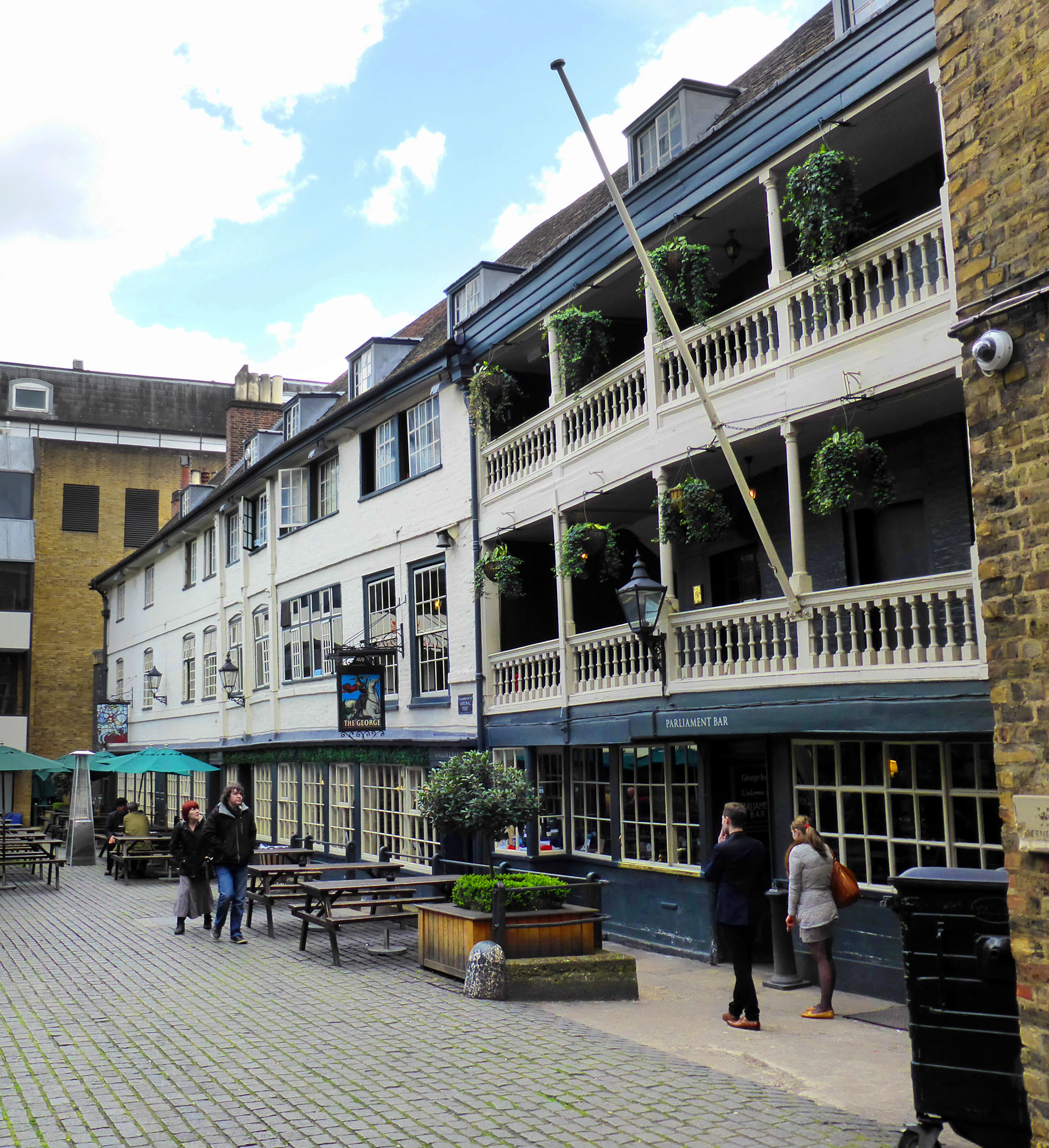 Conventional notions of Shakespeare cast him as the sober playwright amidst his boozy peers, but somehow the tavern still seems like a fitting place in which to pay homage to The Bard. Sadly the bawdy Elizabethan and Jacobean boozers of yore were largely seen off by the Great Fire of London, The Blitz or just the ravages of time.

But there is one which is still very much in existence; The George Inn, in Southwark, although not in its original medieval guise (it was rebuilt in the 1660s after a fire) is London’s only remaining galleried pub and has long laid claim to being a place frequented by Shakespeare – on his way to the Globe or the Rose.

It’s worth grabbing a pint amidst its wood panelled, galleried coaching inn interior to weigh up this theory for yourself. 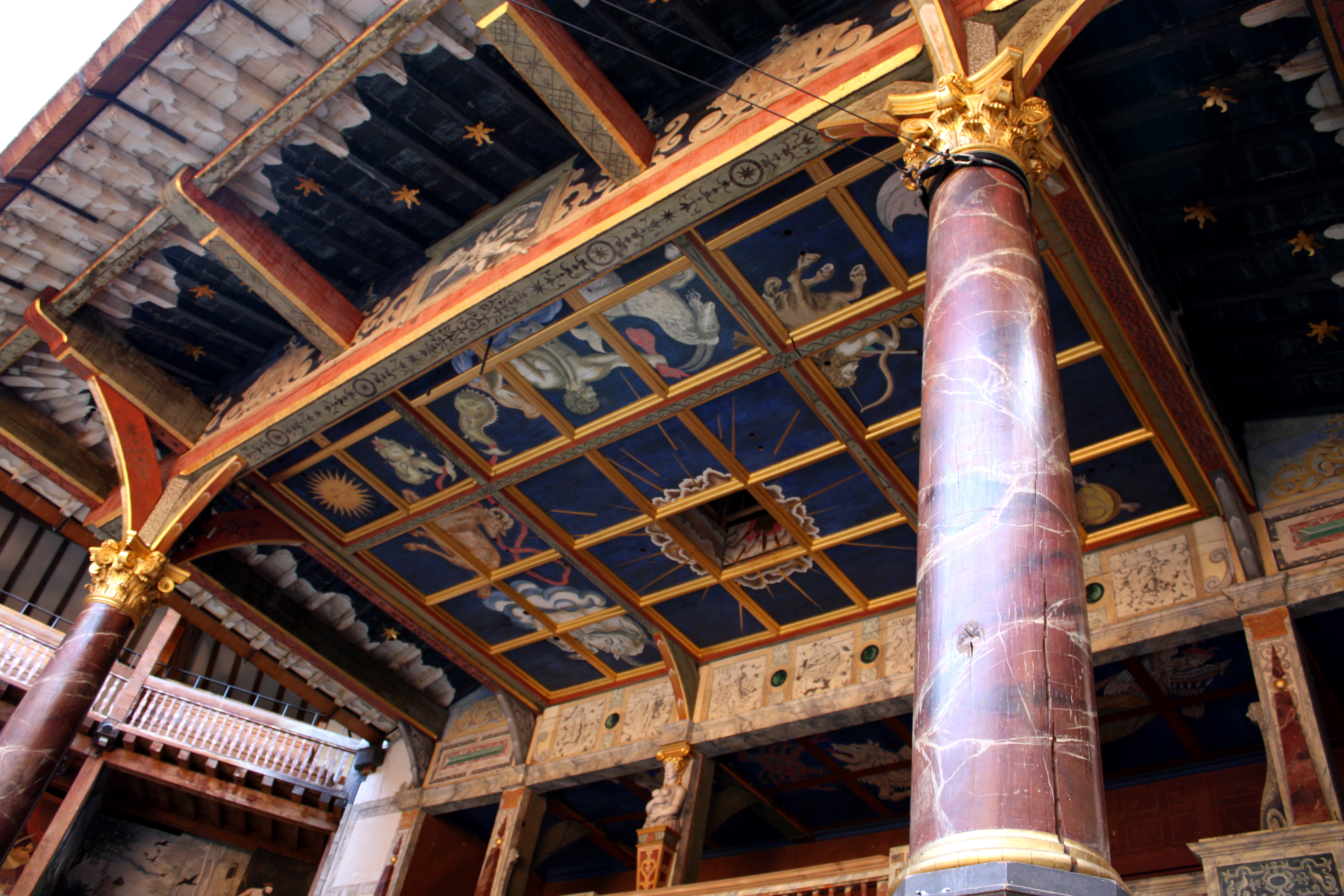 The Globe receives more than 700,000 visitors each year in what is effectively a facsimile recreation of the original theatre. The original Globe was first built in 1599 by the theatre company Shakespeare was part of – the Lord Chamberlain’s Men – then rebuilt in 1614 following a fire before succumbing to demolition as a result of pressure from the Puritans in 1644.

Located on Bankside, about 230 metres (750 ft) from the original site, a visit to the Globe today to see a play is probably the closest you will come to experiencing Shakespeare as it was performed in The Bard’s day. There is also a permanent Shakespeare exhibition and tours of the theatre. 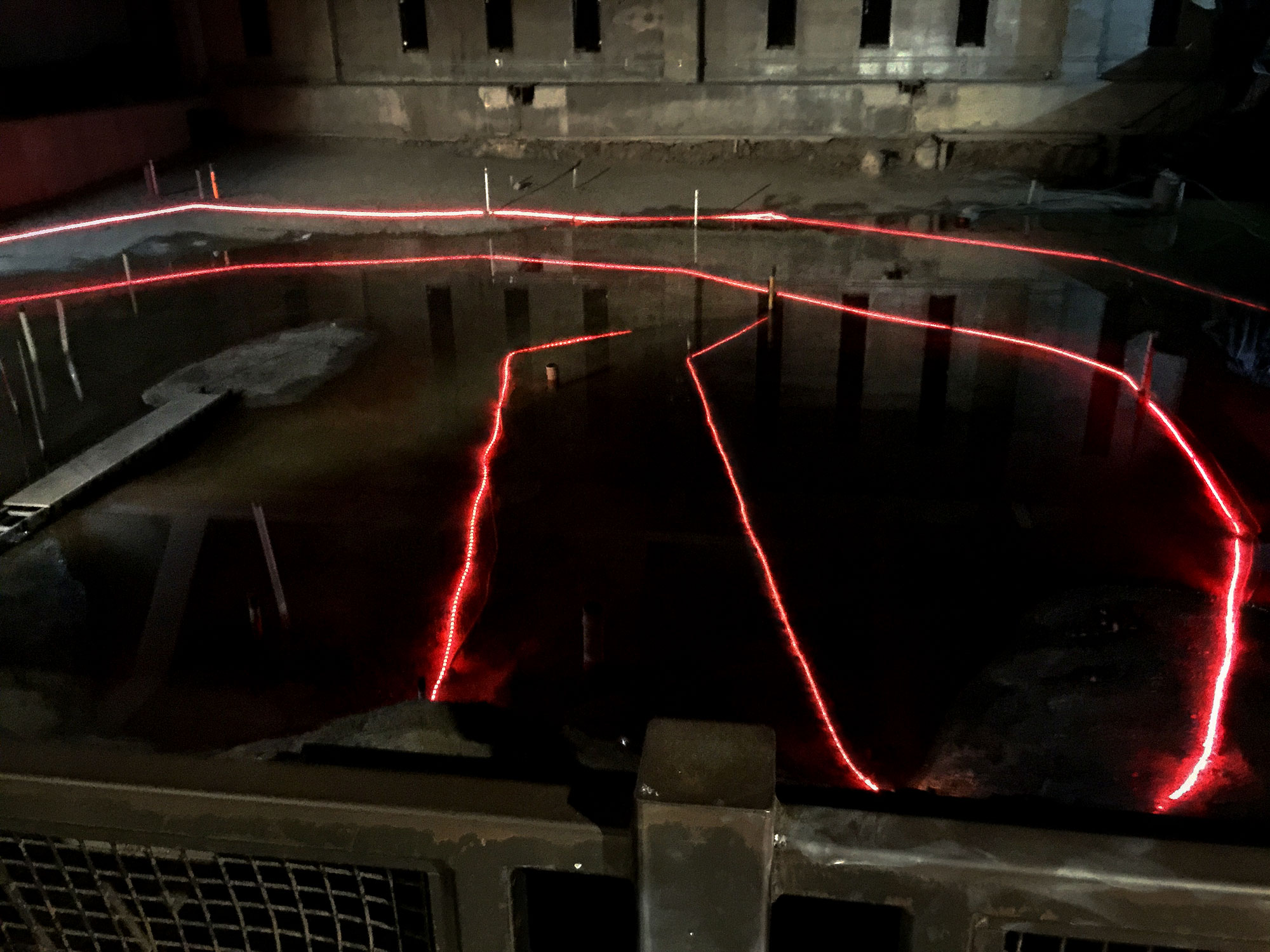 Rose Theatre, Bankside with lights showing the contours of the original stage situated about 50 yards from the Globe © Shakespearesmonkey (CC by 2.0)

Hardy Shakespearians will want to head across town to The Rose Theatre, which was arguably a more important location for the performance of Shakespeare’s plays in his lifetime. Today the archaeological footprint of the theatre is marked out for all to see and a modern theatre by the same name stages Shakespeare and other performances. 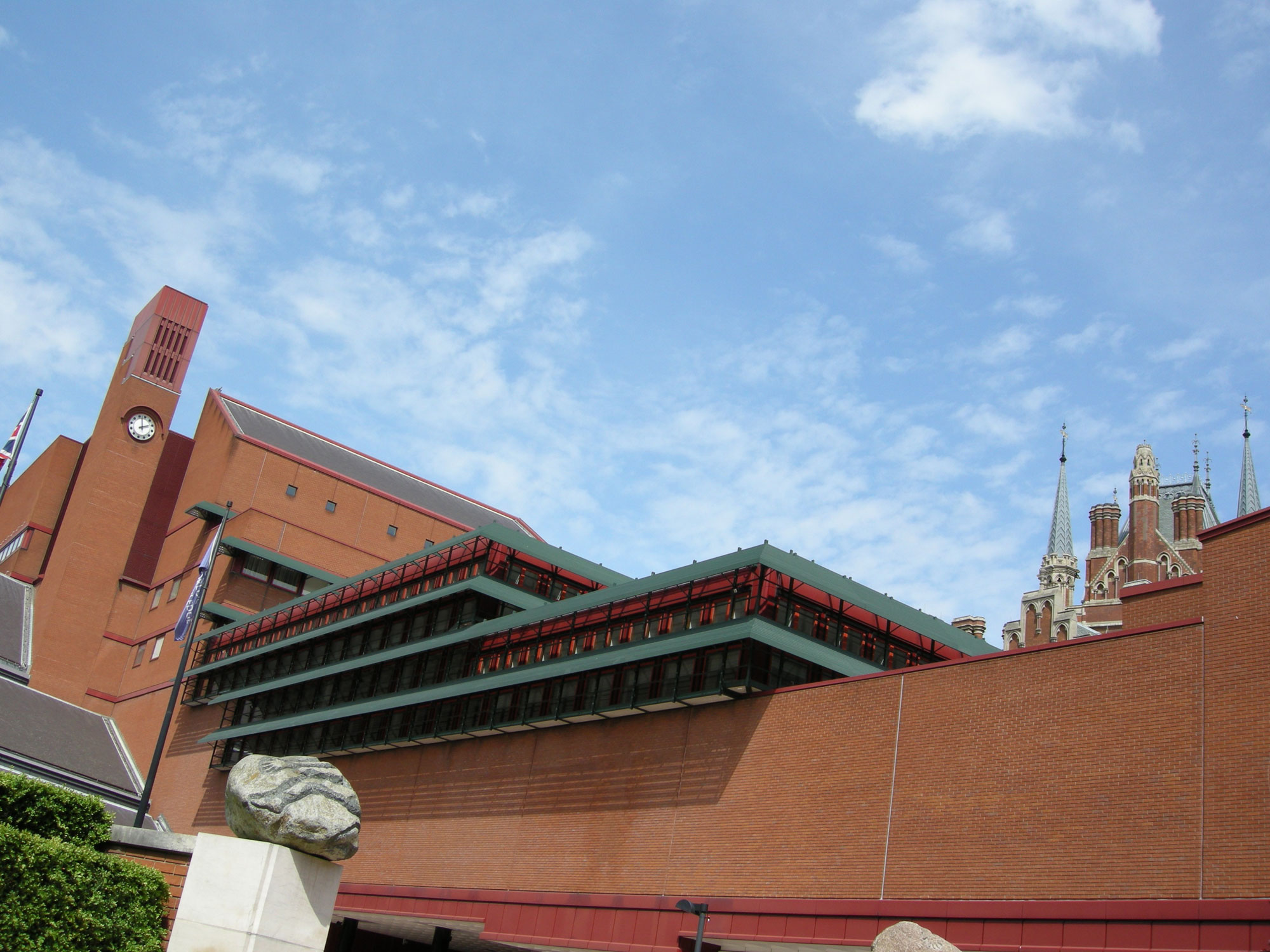 The British Library owns five of the 233 surviving First Folios (around 750 First Folios are said to have been printed) and one of them – complete with its frontispiece engraving and glowing introduction by Ben Johnson – can be seen in the Treasures of the British Library display in the company of other literary treasures including the Gutenburg’s Bible and the lyric sheets of The Beatles.

The BL is also home to an array of Shakespeare treasures including the First Quarto of Hamlet, an Engraved view of London by C.J. Visscher showing The Globe and the Original mortgage deed of William Shakespeare with a verified signature. See the British Library’s excellent Discovering Literature: Shakespeare mini site for more.

It is worth checking that the folio is on display before making a special a visit, to ensure you don’t go away disappointed. 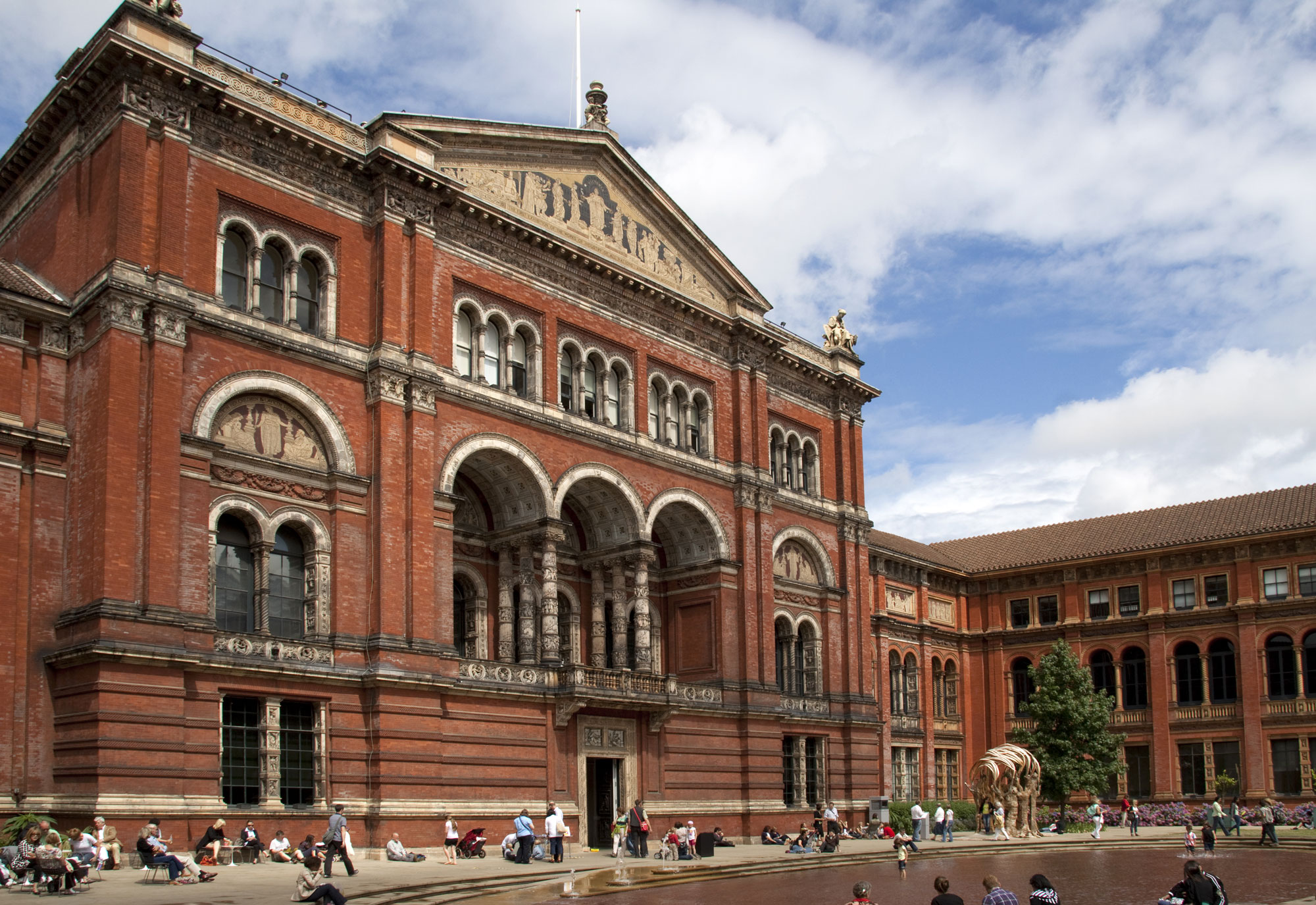 You may also encounter a First folio at the V&A, which has three of the venerable tomes in its collection. You can see one of them in the wonderful Theatre and Performance Galleries where you will find other Shakespeare related costumes and ephemera including Richard Burton’s Henry V outfit. See the V&A blog for more on their Shakespeare First Folios.

One comment on “Britain’s best places to see: Shakespeare”