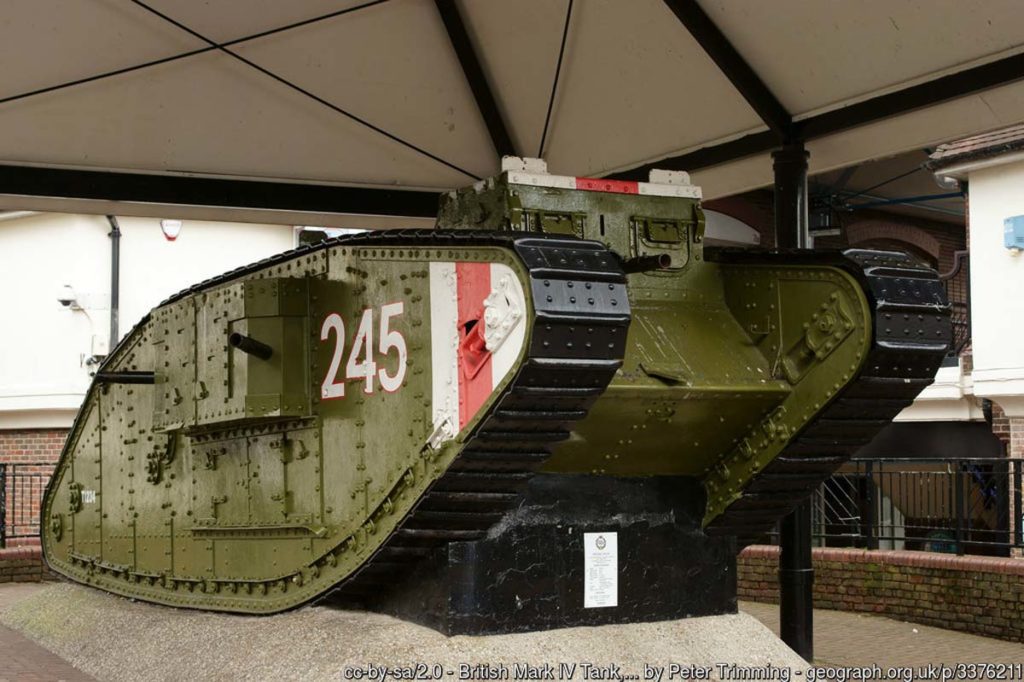 The Ashford Tank today © Copyright Peter Trimming and licensed for reuse under CC-BY_SA/2.0

The First World War Mark IV tank used to be a common sight in the cities and towns of Britain in the inter war years and played an active role in the sale of War Savings Certificates and War Bonds during the conflict.

Following the perceived success of the Tank Corps at the first major tank battle at Cambrai (November – December 1917), several of the tanks were dispatched across the country to visit cities and towns, where vast crowds marvelled at the new mechanical machines of war – and bought thousands of War Bonds.

The Mark IV tank became such a draw and a successful fundraiser that numerous tank souvenirs – including money boxes, porcelain models, napkins and lapel badges – were produced to capitalise on its popularity and raise more funds.

When hostilities ceased, 265 Mark IV’s were gifted to towns across Britain as a thank you for the millions of pounds raised for the war effort. 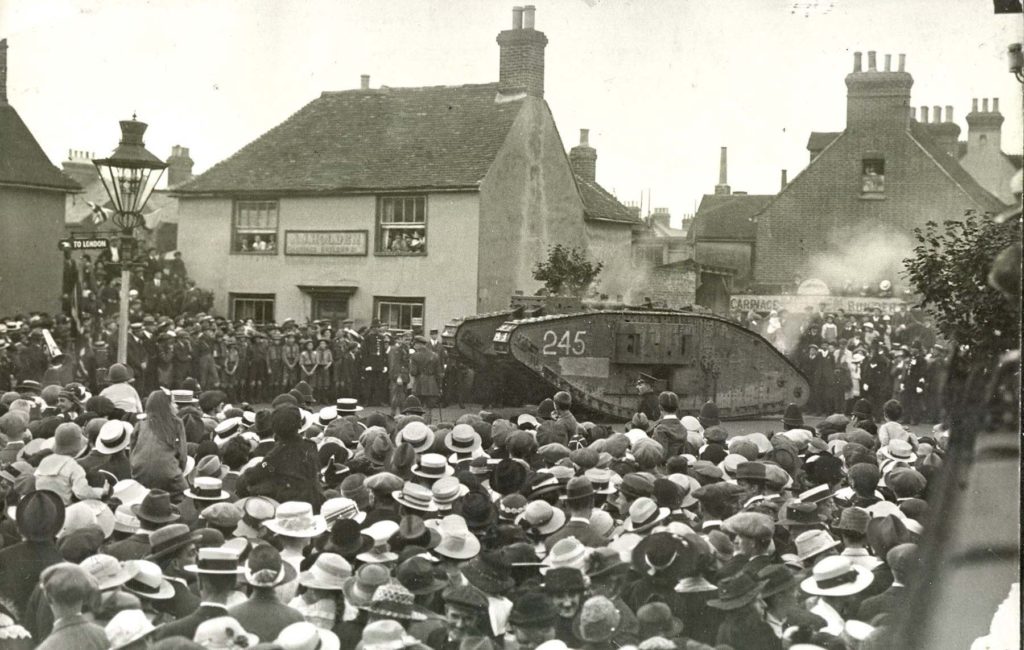 The tank arrives in Ashford. 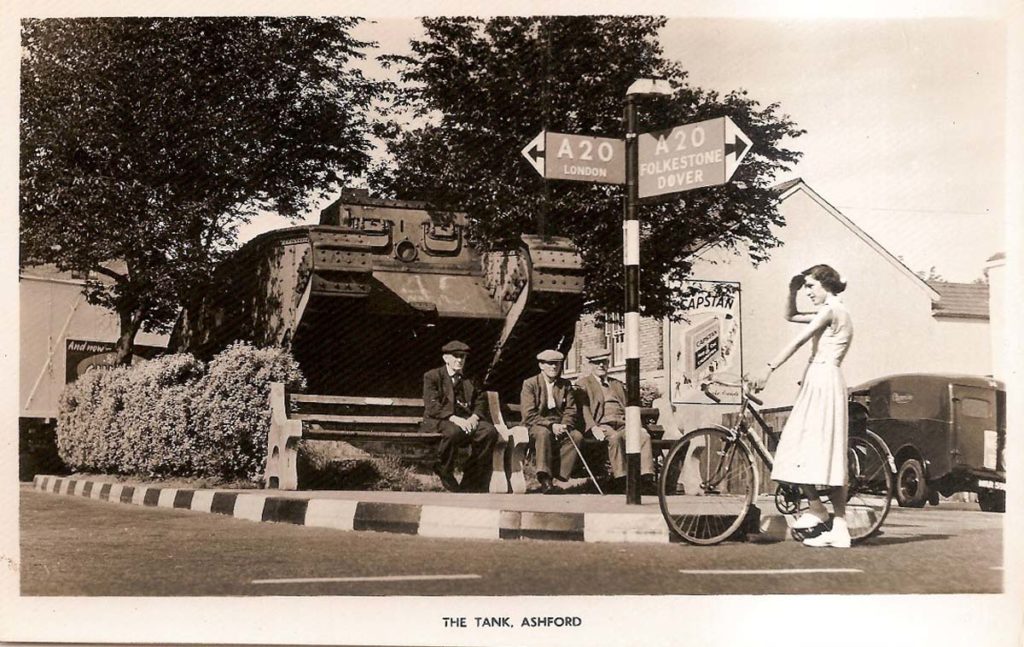 But as the years progressed most of them disappeared – either scrapped to make newer weapons during the Second World War or falling prey to disrepair and dereliction in the 1930s, until there was just one survivor left on public display; in St George’s Square in Ashford in Kent.

The tank was presented to the town on August 1, 1919 in recognition of its funding efforts and arrived by train at Ashford Station. Much to the delight of the gathering crowds, it was then driven down Ashford High Street to the Square where it proudly sits today, a century later, beneath a purpose-built canopy.

One of 1,220 built during WWI, Ashford’s Mark IV is now the last of its kind to be on public, outdoor display, which is probably due to its conversion into an electricity sub-station in 1929, a role it served until the 1960s, by which time it was coming to be recognised as an important survivor worthy of preservation.

One of only seven original Mark IVs in existence around the world, and one of only three survivors in the UK, Ashford’s rare tank was made Grade II Listed and a Registered War Memorial in November 2006. 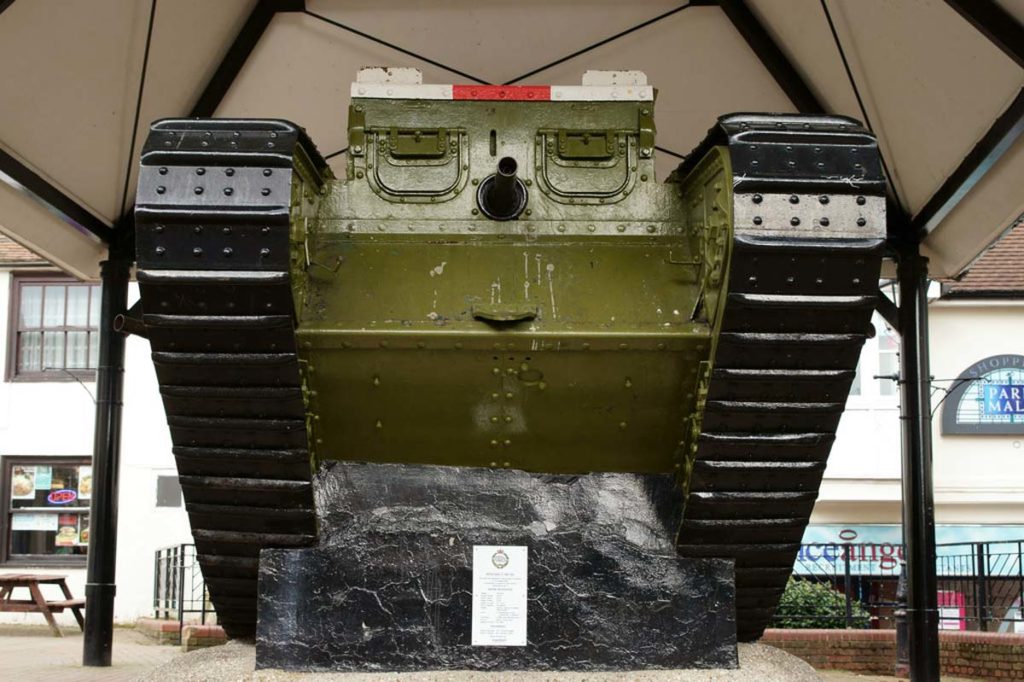 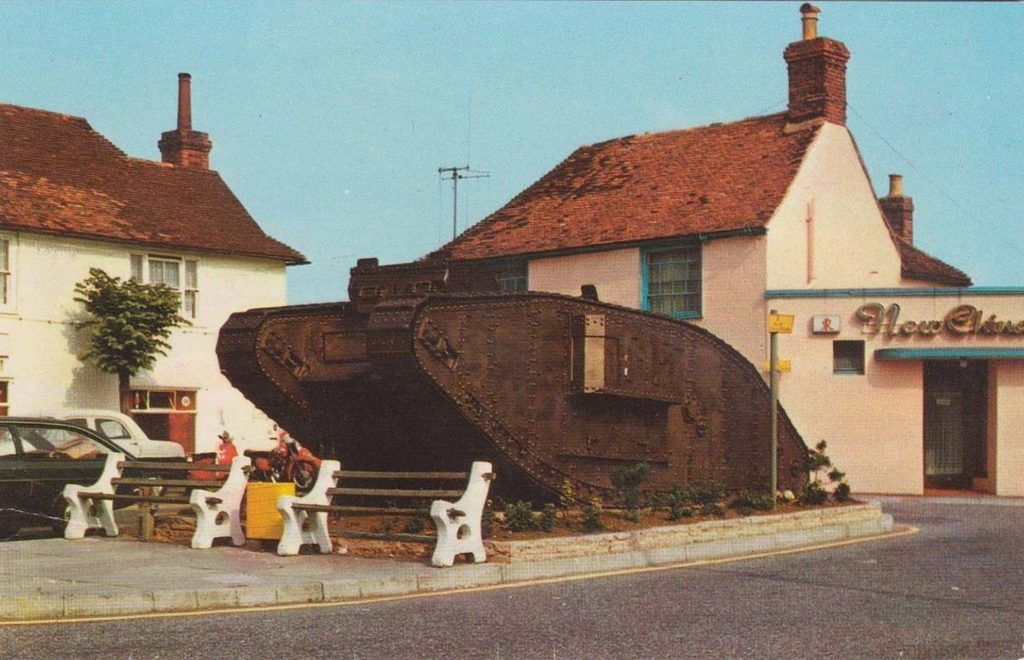 A postcard from the 1970s shows the tank still in situ. 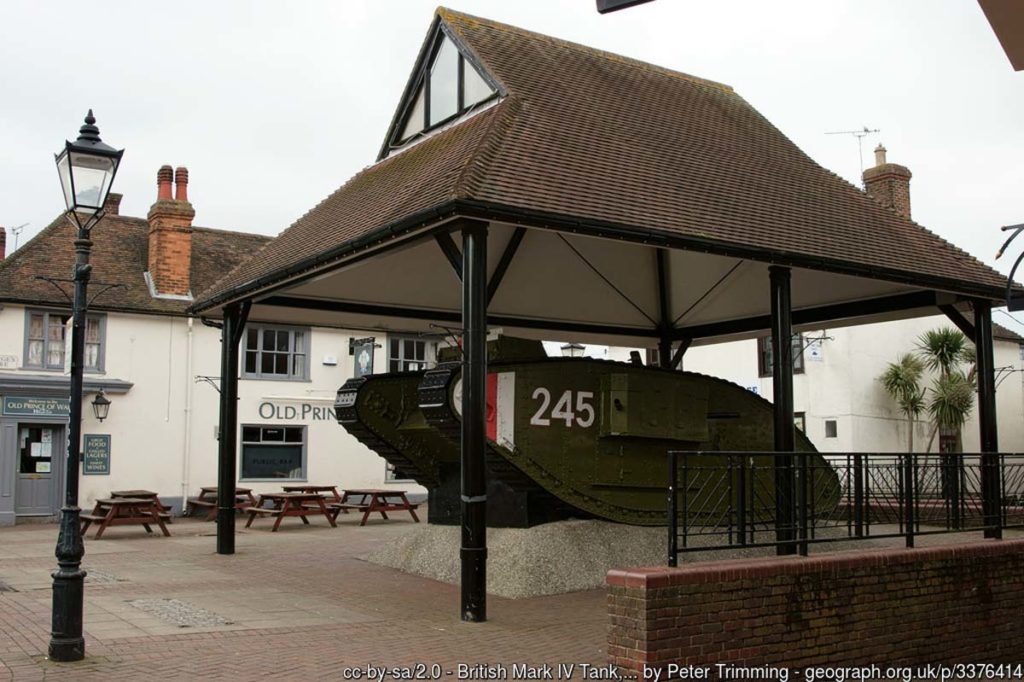 The tank today in the now pedestrianised St George’s Square under a protective covering. © Copyright Peter Trimming and licensed for reuse under CC-BY_SA/2.0

According to the Tank Museum at Bovington, which is home to a Mark IV tank maintained in full running order, Ashford’s tank is a Mark IV female training tank with twin tubular radiators that may have been built by the Coventry Ordnance Works in Glasgow.

The number it still carries, 245, was probably its driver training number when it was at Bovington camp and, although presented to the town by famous Battle of Cambrai veteran Captain Walter Farrar MC as a survivor of that first major tank battle, it never actually saw action.

Mark IV tanks were however the most numerous British tank type of the First World War, first seeing action at the Battle of Messines Ridge in June 1917, before providing the massed ranks of tanks at Cambrai and then serving through to the end of the conflict. 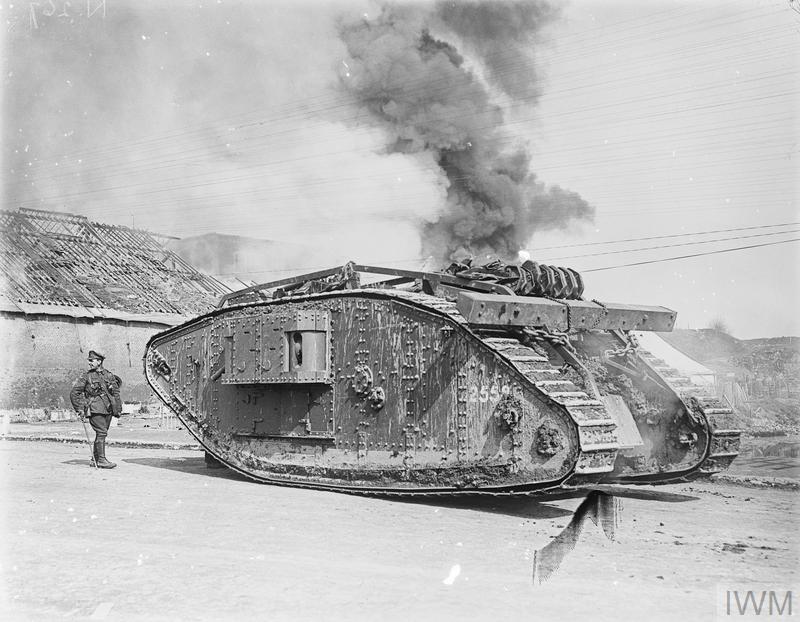 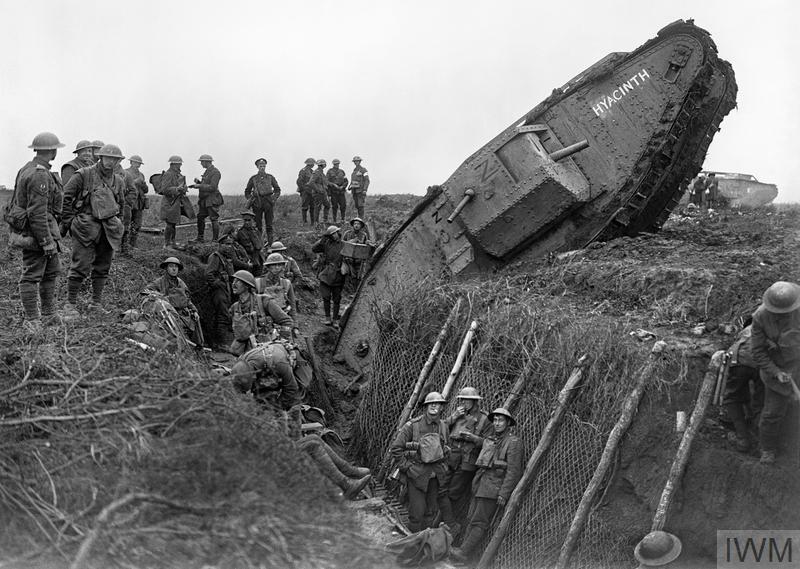 The Battle of Cambrai. A Mark IV (Male) tank of H Battalion ditched in a German trench while supporting the 1st Battalion, Leicestershire Regiment, one mile west of Ribecourt. Some men of the battalion are resting in the trench, 20 November 1917. Copyright: © IWM. (Q 6432) Original Source: http://www.iwm.org.uk/collections/item/object/205213173

The Kent town is marking the 100th anniversary of the gifting of its WW1 Mark IV tank to the people of Ashford in August 1919, with a day of music, activities and education on Saturday August 3. Everyone is welcome to St George’s Square to learn about the history of the tank and what life was like in 1920s post-war Britain.