2021 is the fortieth anniversary of the decriminalisation of homosexuality in Scotland, which came into effect in February 1981, making it timely to explore and interpret the collection through the lens of equality, diversity and inclusion and reveal often neglected histories. 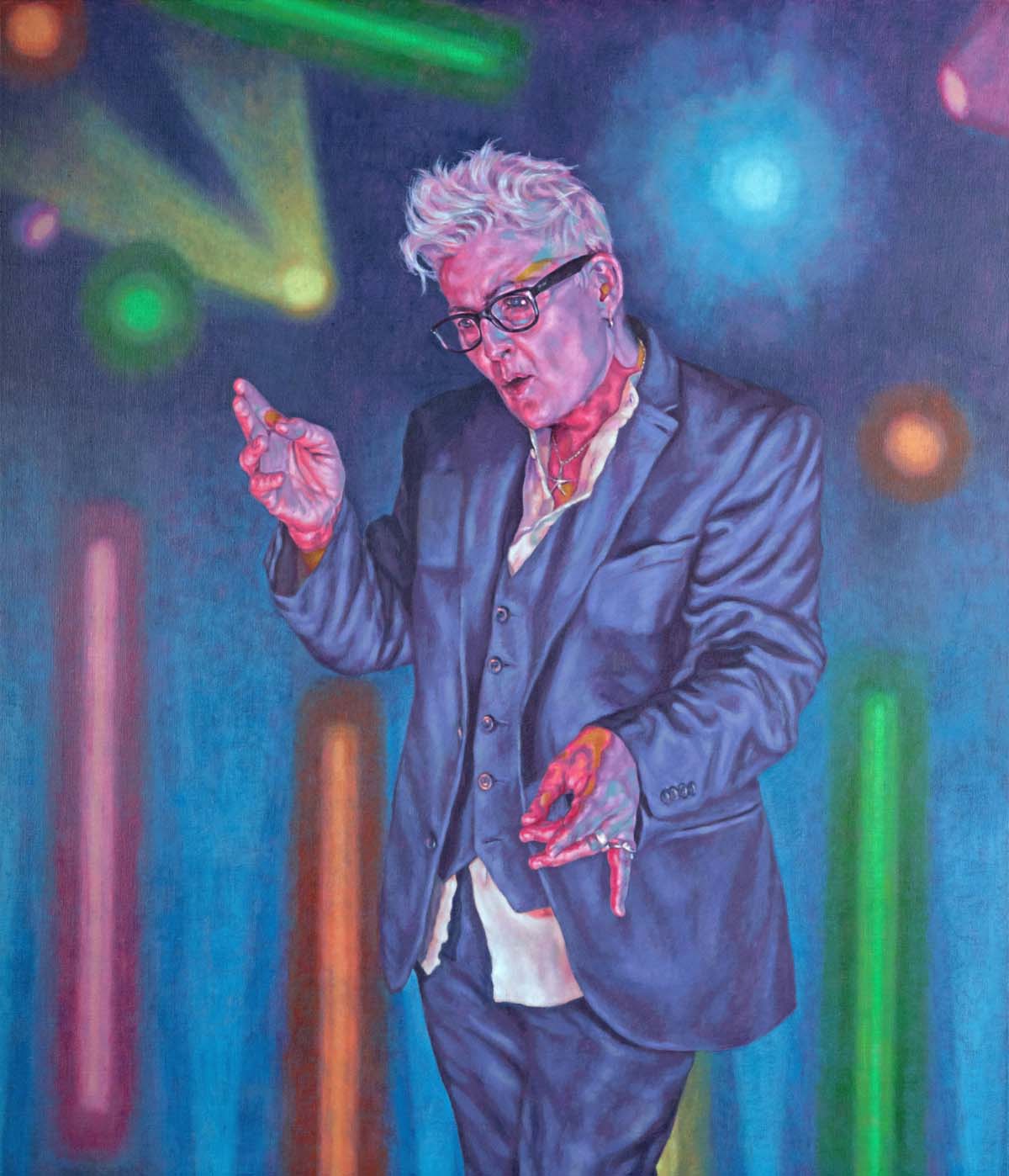 Declaring that she “could not resist the acoustics of this very special place”, it was a thrill to hear Horse McDonald singing one of her best-loved songs, Careful, in front of her newly hung portrait in the Scottish National Portrait Gallery.

Unveiled to coincide with Lesbian Visibility Week, her sonorous voice reverberated across an empty gallery. Watching the clip McDonald had posted on social media gave me a much needed sense of hope as it included an invitation to visit the museum after lockdown, but also because of the sentiment behind the lyrics.

The painter Roxana Halls wanted to explore this too, and while sitting for the portrait Horse would sing Careful live and a cappella in her studio. This became an intimate exploration, for both artist and sitter, of Horse’s captivating performance style; the resulting portrait shows Horse in a frozen moment on stage.

Roxana praised the iconic Scottish singer-songwriter by saying, “I can hardly recall a time when I wasn’t aware of her, not only as a much-admired vocalist and songwriter, but also as a lodestar for the LQBTQ community. When I finally had the opportunity to see her in concert I was struck by the combination of a fearlessness and charisma I had anticipated, with a rare tenderness, which I had not – a tension which I hoped to capture in this portrait”. 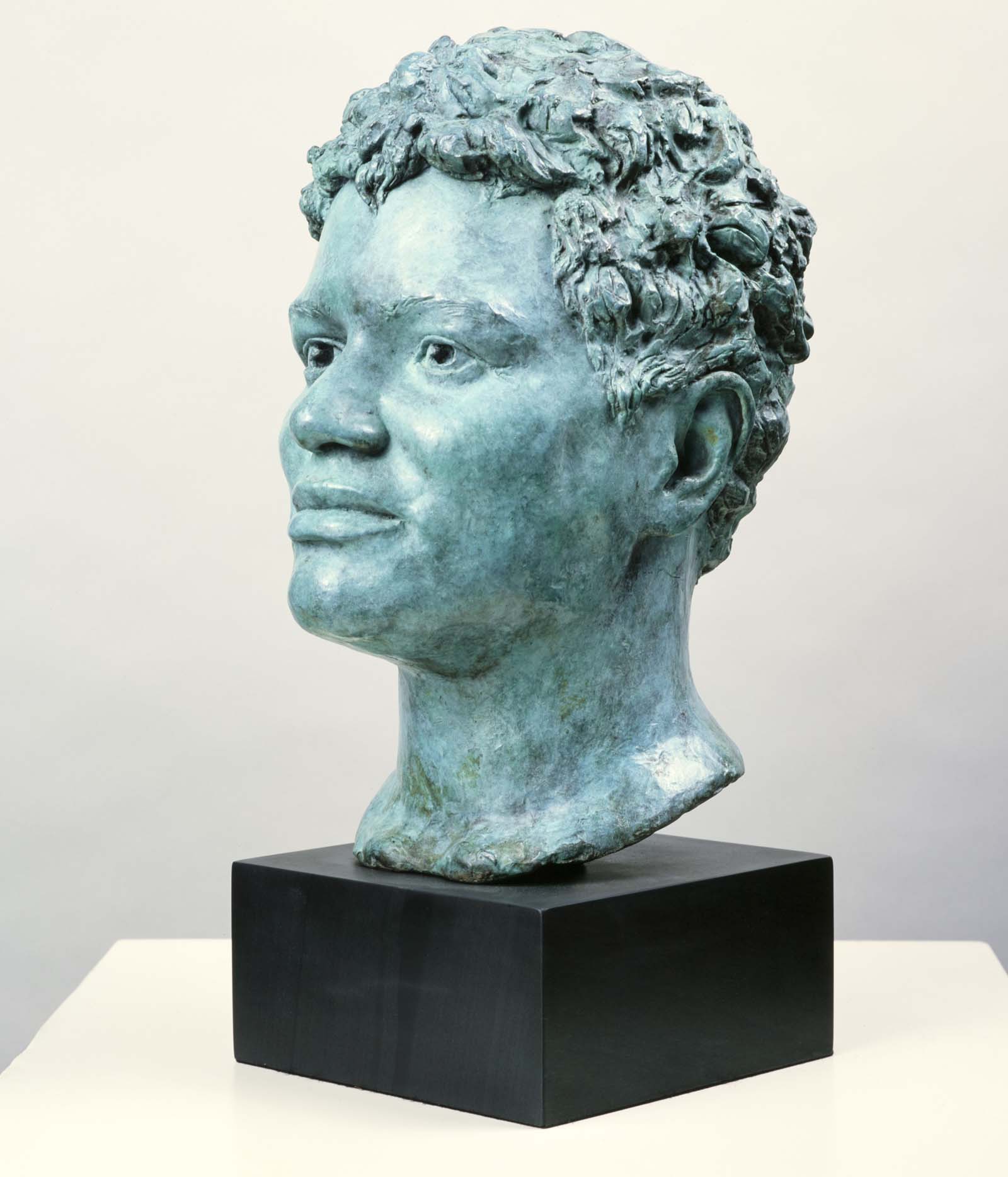 From a song, to a dance! When Jackie Kay’s five year term as Scots Makar (Scotland’s National Poet) ended this year, she paid tribute to her adopted parents who had recently passed away by reposting a video of them, John and Helen, dancing after she read her poem, Threshold, in front of the Queen for the 2016 opening of the Scottish parliament. Jackie said her 91 year old father had expressed a wish, “your mother and I will just need to see oot your term in office”, but sadly they did not.

Her debut collection of poems, The Adoption Papers (1991) tells the story of the adoption of a black girl by white parents through the voices of a birth mother, an adoptive mother and an adopted child. In her memoir Red Dust Road (2010) she explored her own adoption and search for her birth parents.

The sculptor Michael Snowden wrote about how intrigued Jackie was by the process of making this bronze head, with the experience of setting for the portrait inspiring her to write a collection of poems entitled Life Mask (2005) about love, loss, and mistaken and secret identity. 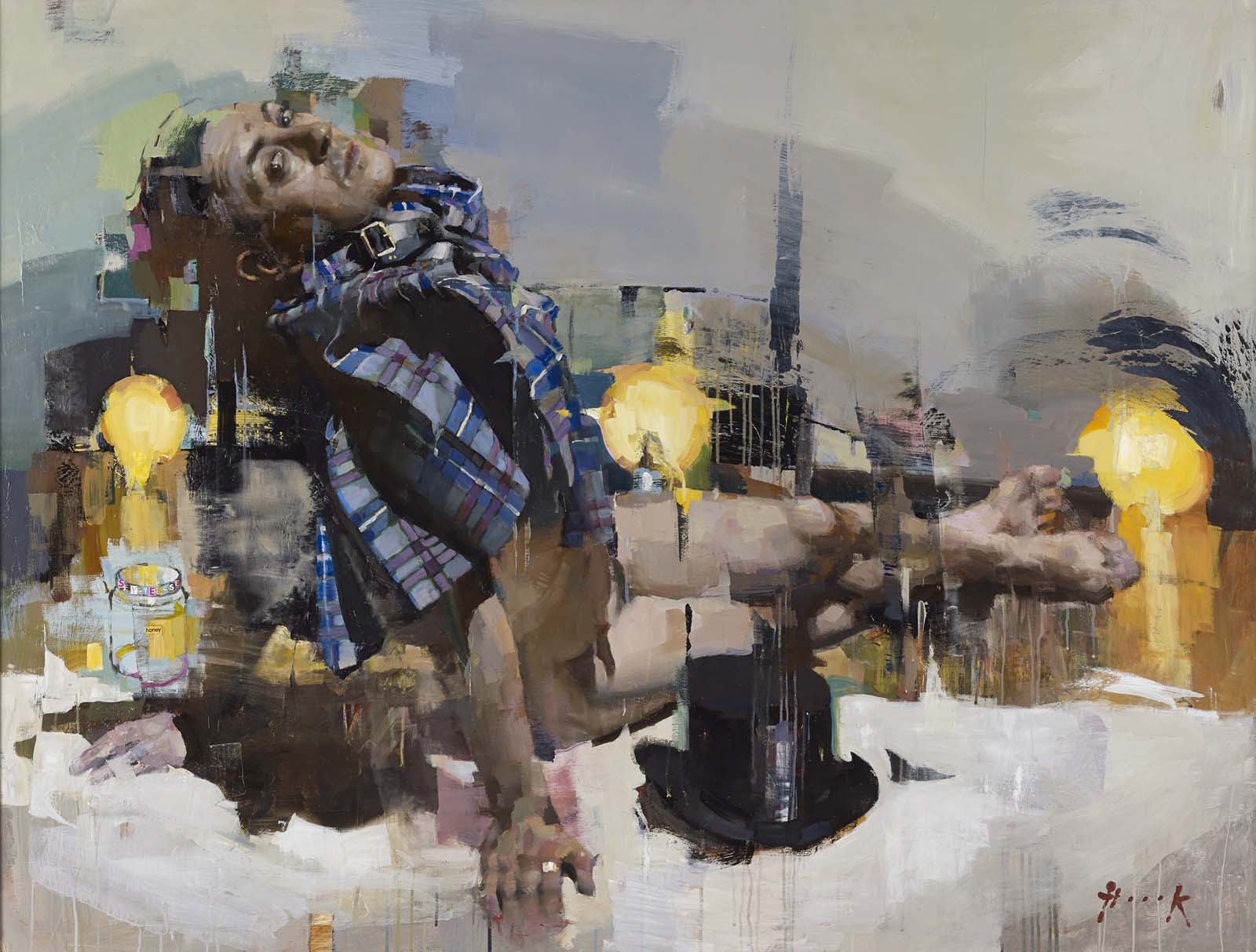 I briefly met Alan while taking photos at a recording studio in London as he was recording the love letters of Christopher Isherwood and Don Bachardy. In the quick exchange, he explained to me the origin of the tattoo on his arm which is the epigraph from E. M. Forster’s Howards End, “only connect”.

Alan is also a highly successful writer and accolades for his book, Not My Father’s Son: A Family Memoir (2014), included Attitude Magazine Book of the Year, Bisexual Book Award and was nominated for a Lambda Literary Award, while the audiobook also won two Audie awards.

This portrait of Alan is also an award-winner. The painter Christian Hook was the winner of the Sky Arts Portrait Artist of The Year in 2014. The competition lasted ten months and involved heats being held around the country in order to find the winner. In the painting Alan has draped a kilt across his shoulders, while by his side is a top hat.

A dusty old VHS copy of The Golden Voyage of Sinbad was on my father’s forbidden film shelf, so of course I snuck a sneak peek as a wee lad. I remember being entranced by the image of the honourable Vizier and his glittery gold mask which he used to hide his true self from the world. It resonated as I would later find myself toy with my metaphorical mask as I toyed with my understanding of my own sexuality.

As part of the programme responding to the Ray Harryhausen: Titan of Cinema exhibition at Modern One, I was invited to explore mythologies in the films of Ray Harryhausen through a queer and trans lens with three guests: cultural historian John J Johnston (@JohnJJohnston), writer Cheryl Morgan (@CherylMorgan) and curator Claire Mead (@CarmineClaire).

I found that, just like me, each guest had an iconic moment from a Harryhausen film seared into their imaginations and had some role in shaping their understanding gender and sexuality, including Talos’s skimpy perizoma, the ominous sound of Medusa’s rattlesnake tail, and the sword wielding skills shown by Kali.

Discover the Queer Creatures series which offers alternative ways into the world of Harryhausen. The series is part of an ongoing strand of Learning talks and activities exploring LGBT+ lives through NGS artworks and exhibitions.

This article was authored by Dan Vo with the National Galleries Scotland team. Follow Dan Vo on Twitter @DanNouveau