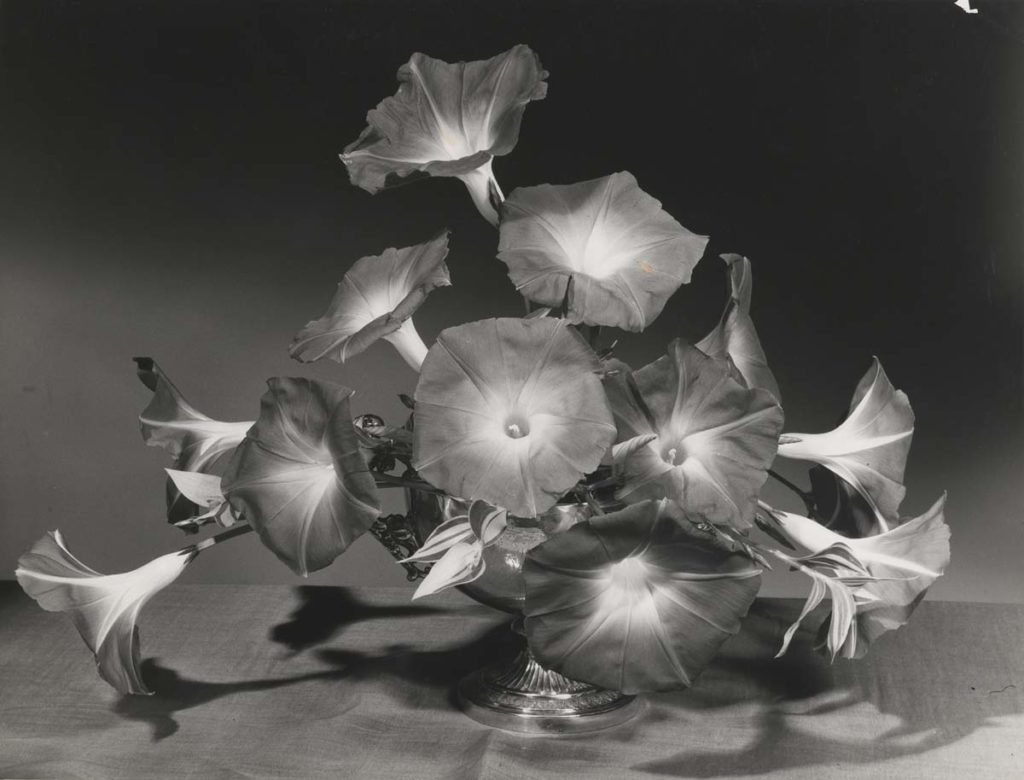 The world of mid-century flower arranging remembered partly via an archive of black and white photography might not seem like the perfect way to evoke the beauty and splendor of flora, but the Garden Museum’s exploration of Constance Spry mines something that is somehow contemporary, nostalgic and highly evocative.

Their celebration of the “doyenne of flowers” reveals an exceptional life full of achievements and a legacy which is brought to life through her archive at the RHS Lindley Library.

Spry is generally acknowledged as the progenitor of the organic approach and earthy (some might say expensively trendy) approach to flower arranging that introduced bent twigs and so forth to the floral display.

Curated by floral designer and writer Shane Connolly, who like Spry has benefited from a couple of Royal wedding flower contracts and a Royal Warrant or two, the exhibition capitalises on the ever increasing popularity of Spry’s work, as a new generation of flower designers rediscover her ground-breaking approach to the art of flowers: seasonal, natural, yet unconfined by tradition and rules. 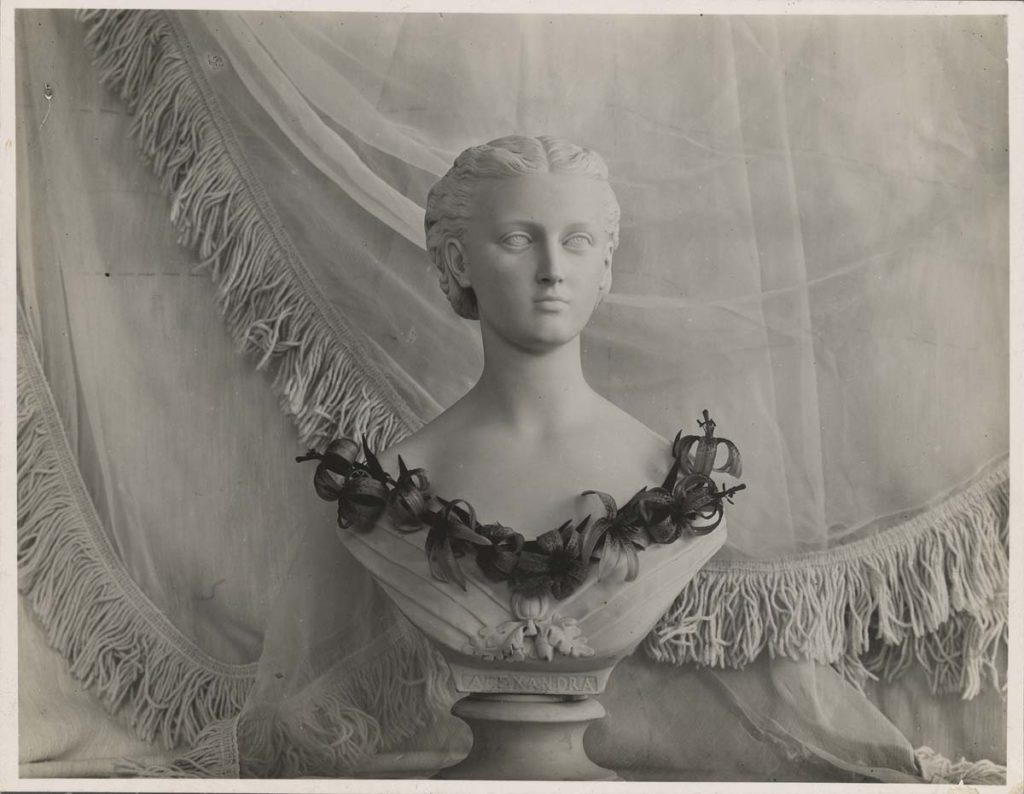 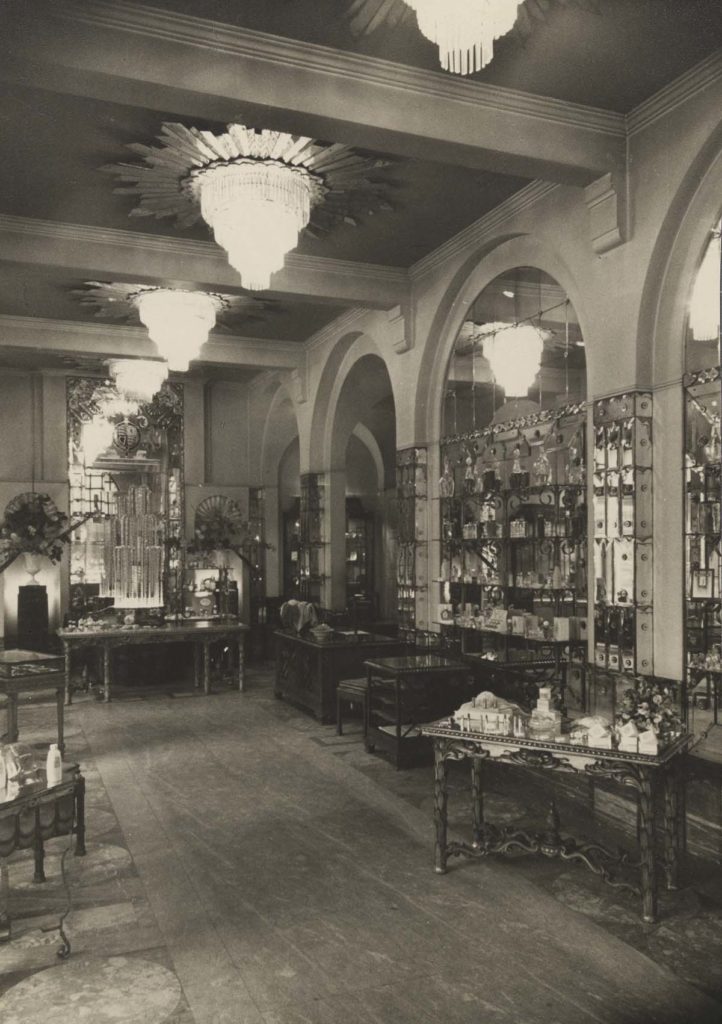 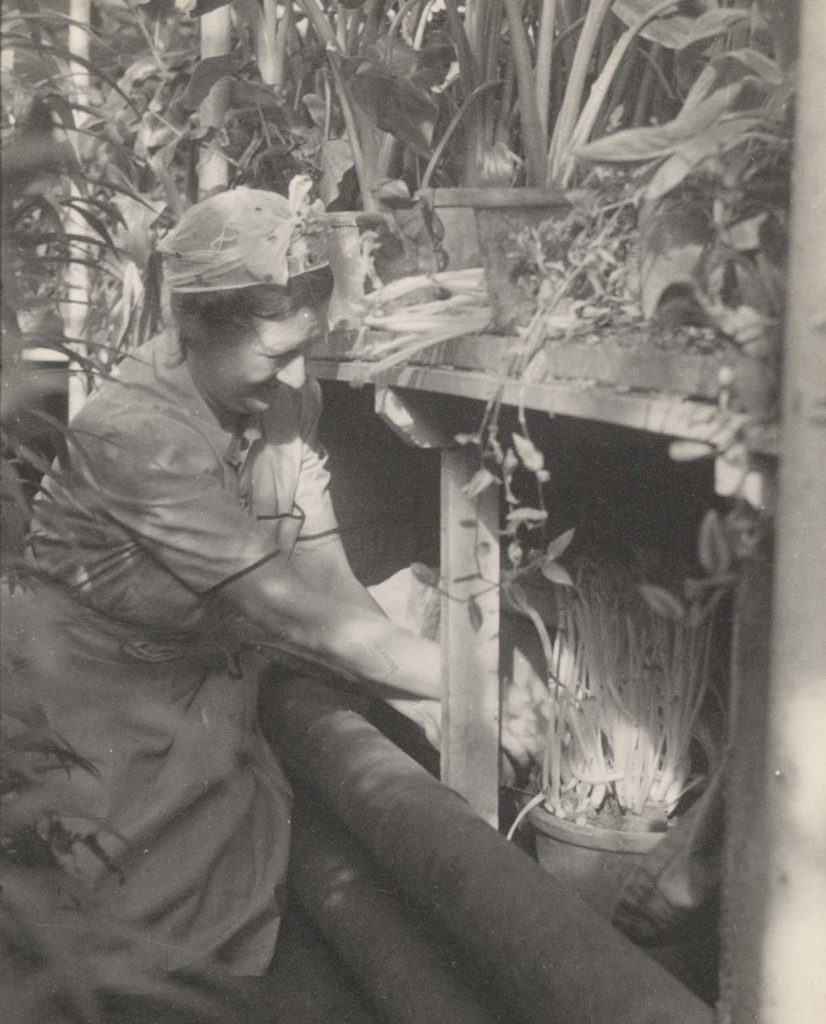 Born in 1886 in Derby to working class parents Spry had a varied career in nursing, a civil service job as head of women’s staff at the Ministry of Aircraft production during World War I and a spell as an East End school headmistress, before jacking it all in to open her first flower shop, Flower Decoration, in 1929.

This was shortly after her revolutionary and exuberant displays of flowers – complete with all manner of then unusual shabby chic trimmings – had caused something of a stir and drawn crowds of onlookers when they appeared in a perfume shop on Old Bond Street.

From here on in her success was meteoric and in 1934 she moved her operation to Mayfair and a shop in South Audley Street where she employed 70 people. In the same year she began publishing books about the art of displaying flowers and established the Constance Spry Flower School at her shop.

Her radical approach to floristry quickly garnered widespread interest in high society, while strangely also democratising the form, as she married the traditional flowers of choice with ‘unusual’ and uncelebrated plant material like kale, pussy willow, cabbage leaves and the flora of the hedgerow, vegetable patch and woodland.

She also scoured Covent Garden Flower market for statement flowers – an approach that can still be seen in the work of vogueish floral designers to this day.

Throughout her long successful career, Spry also opened a domestic science school, published thirteen books, produced lots of journalism and arranged the flowers for numerous royal occasions including at Westminster Abbey for the coronation of Queen Elizabeth II – and the wedding of the Royal outcasts of the 1930s – the Duke of Windsor and Wallis Simpson. 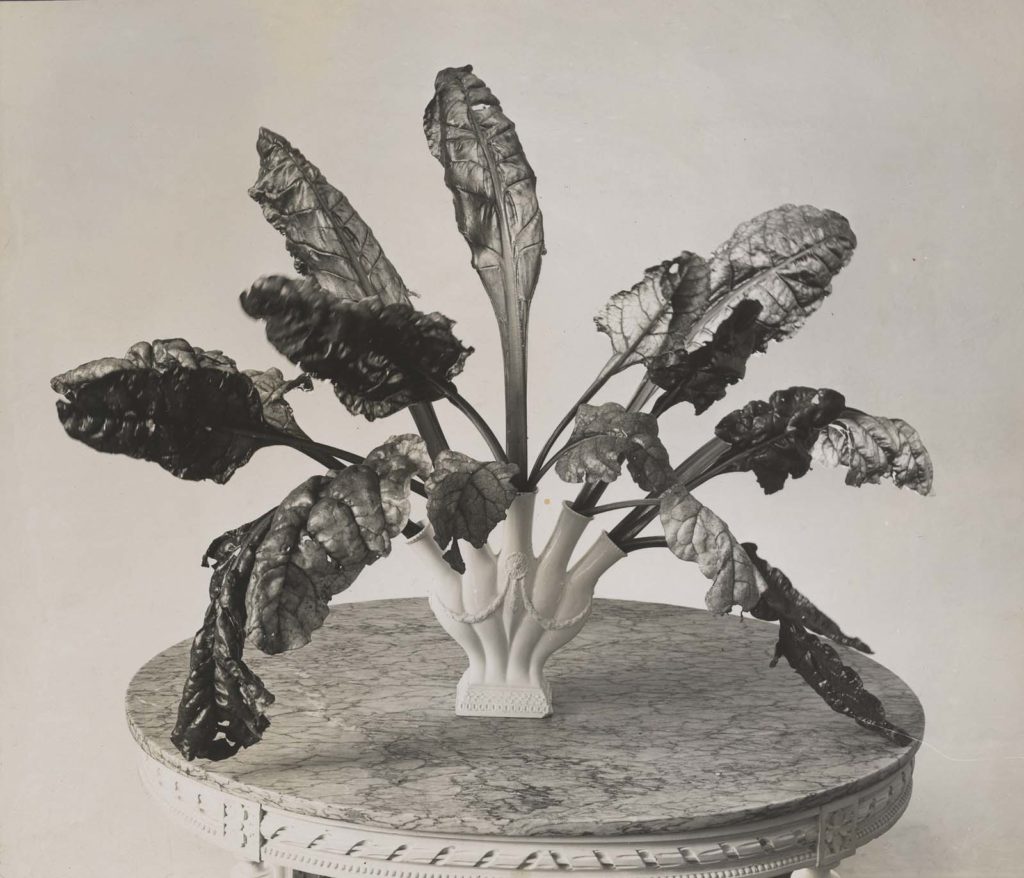 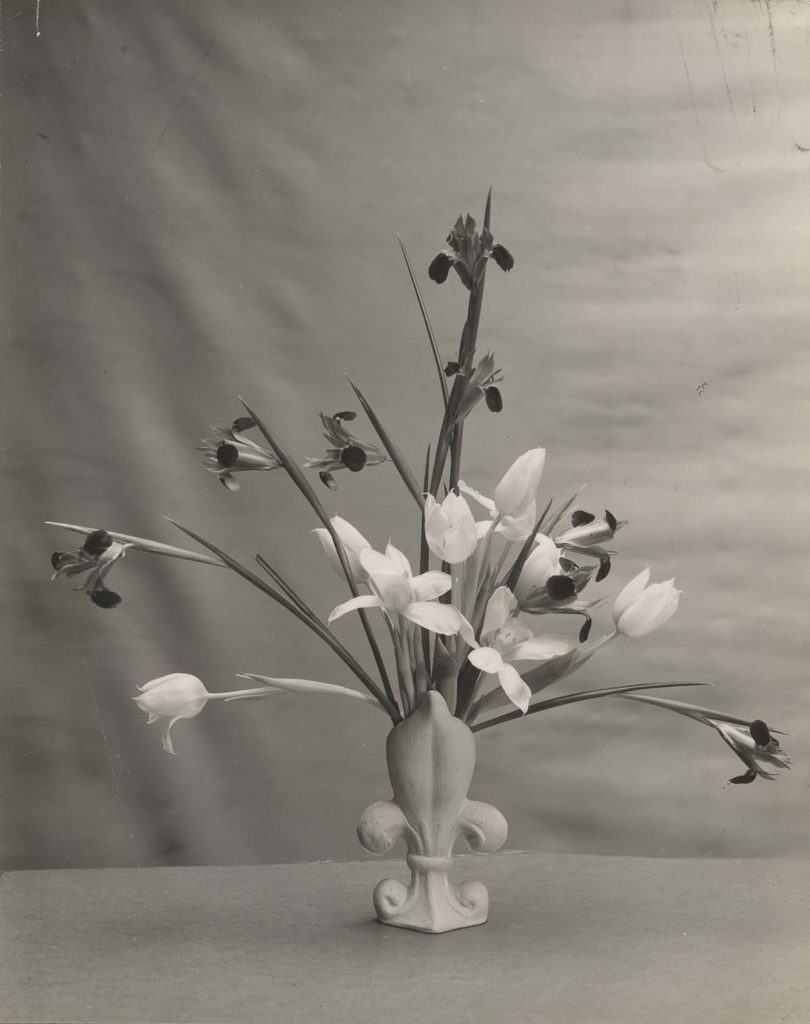 She also had an affair with the artist Hannah Gluckstein, otherwise known as Gluck, in the 1930s and some of Gluck’s floral paintings, which were inspired by Spry’s flowers and were owned by her, are included in the exhibition.

Amidst this arc of floral creativity she is also credited with inventing, together with cordon bleu chef Rosemary Hume, the bright yellow mayonnaise and curry salad accompaniment or sandwich filling, Coronation Chicken, which was an expedient concoction served at the banquet to celebrate Elizabeth II’s coronation.

But such culinary achievements pale next her to her influence on Britain’s flower arranging industry and the exhibition even includes Spry’s collection of Fulham Pottery – she was a prolific designer of pots – many of which were boat-shaped affairs that she then used to display her lavish arrangements of blooms.

Visitors can also see a rare example or her wax flower work and even the glass tables that she used to display her work.

Given the ephemerality of flowers, this dive into the archive is a pretty good evocation of a true pioneer of floristry, whose legacy remains strong in the modern era. 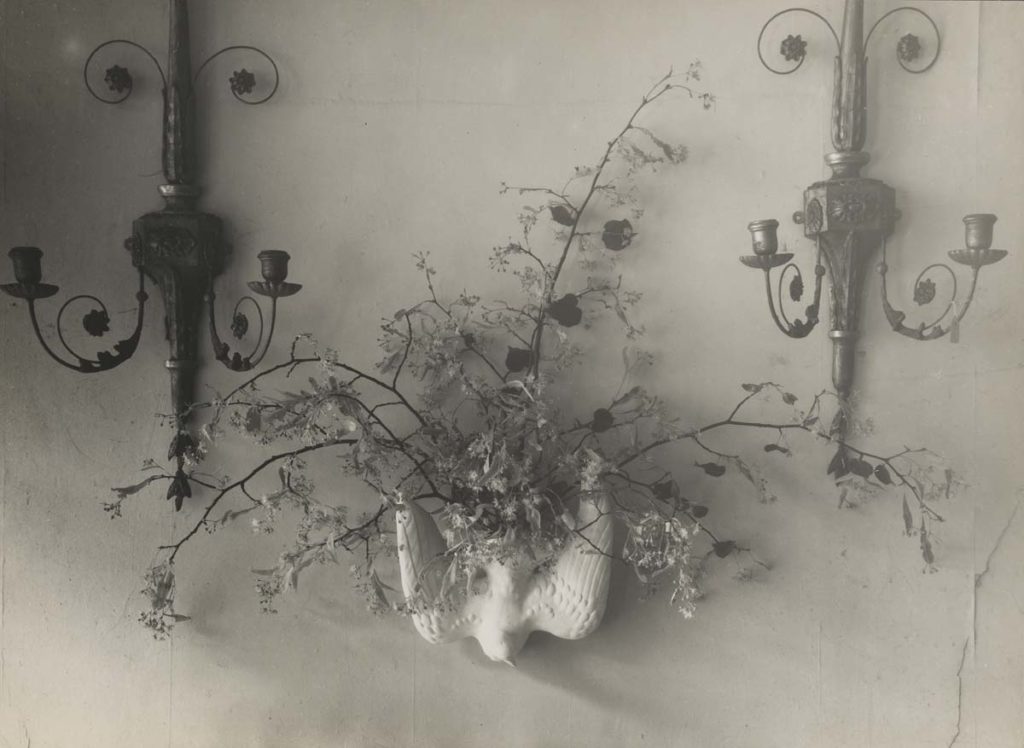 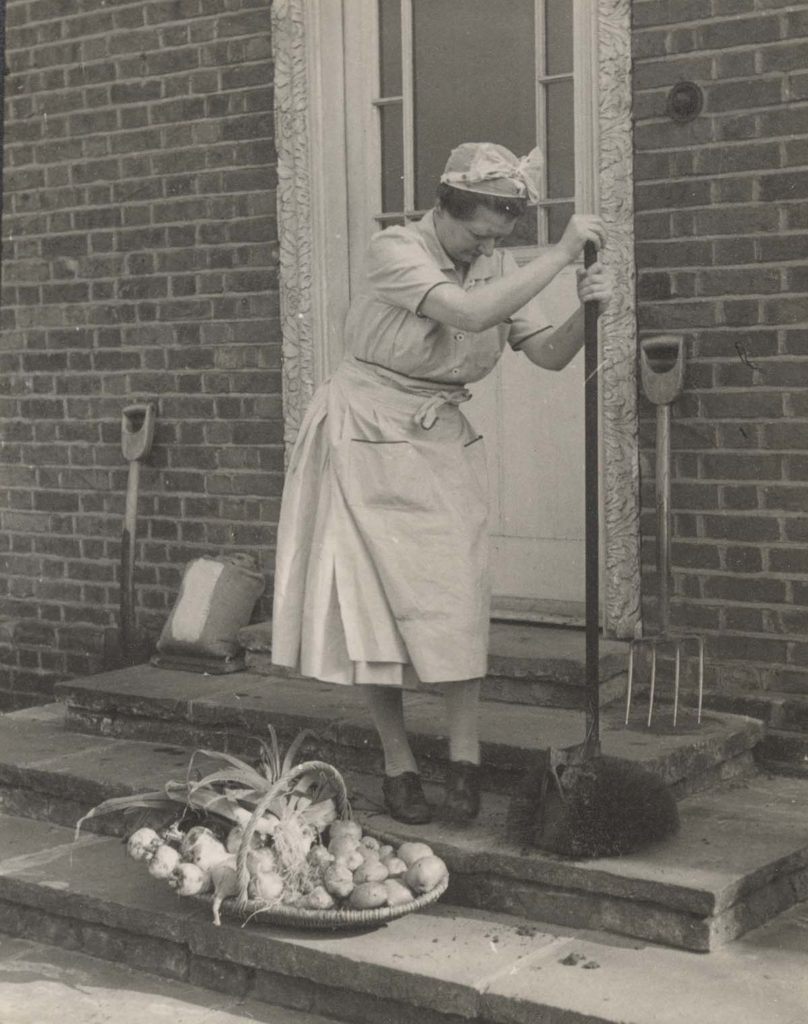 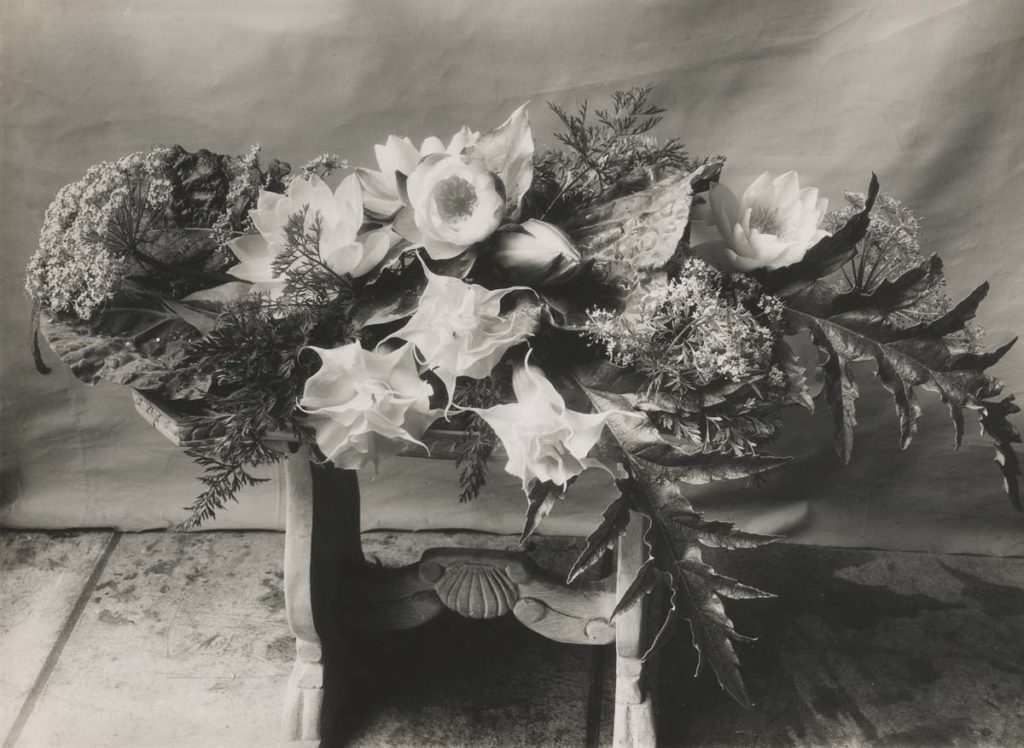 Constance Spry and the Fashion for Flowers is at the Garden Museum May 17 – September 26 2021.

The Garden Museum explores and celebrates British gardens and gardening through its collection, temporary exhibitions, events and garden. Visitors will also see a permanent display of paintings, tools, ephemera and historic artefacts: a glimpse into the uniquely British love affair with gardens. Whether you are an enthusiastic amateur gardener, more…