After rotting away for 50 years, a V-2 rocket is now at the soon to be re-opened Royal Engineers Museum in Kent following a major restoration project. Deputy Curator Catherine Byrne tells us more about a devastating 13-ton weapon

Although the history of this V-2 is a little sketchy, we believe it was picked up in the Netherlands in the midst of the chaos at the end of the Second World War and brought back to the UK by the Royal Engineers.

The British army wanted to capture them intact and bring them back in order to figure out how they worked technically and how we could counter them.

The principles of how it works are still relevant today. Britain created Operation Backfire to research the technicalities of the rocket, including all support procedures, vehicles and fuel consumption.

It has been at various Ministry Of Defence bases since the 1940s: Farnborough, Ripon and, from the 1960s or 70s, at Chattenden but this is the first time the public will be able to see this monumental weapon.

The V-2 was designed by Captain Walter Dornberger and Werner Von Braun and was a fantastic technological achievement which, unfortunately, has become infamous since it was used by the Nazis and killed thousands of people both in its production and deployment.

It was the first long range ballistic missile to be actively used in combat. It hurtled a one-ton warhead 50 miles high and hundreds of miles down range to its target.

It was a terrifying weapon that travelled three times faster than the speed of sound, so there was no warning. 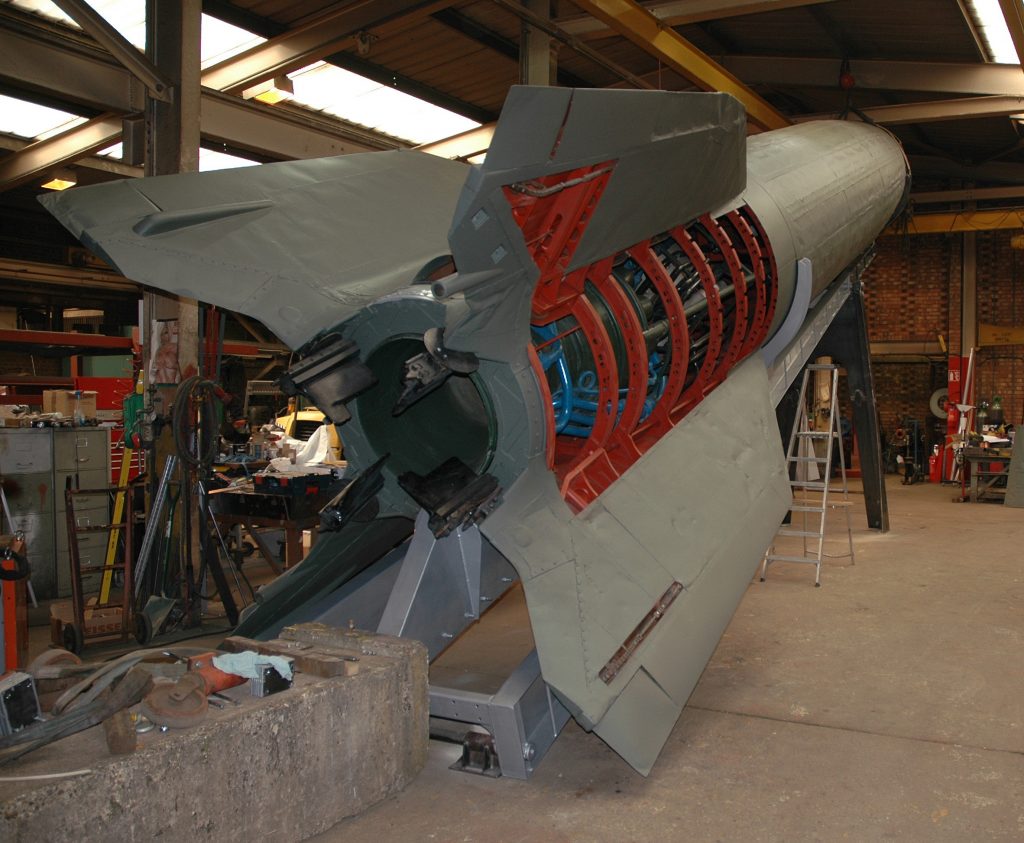 The restoration was undertaken by Borley Brothers, a structural engineering company based in Cambridge. © REMLA Photography 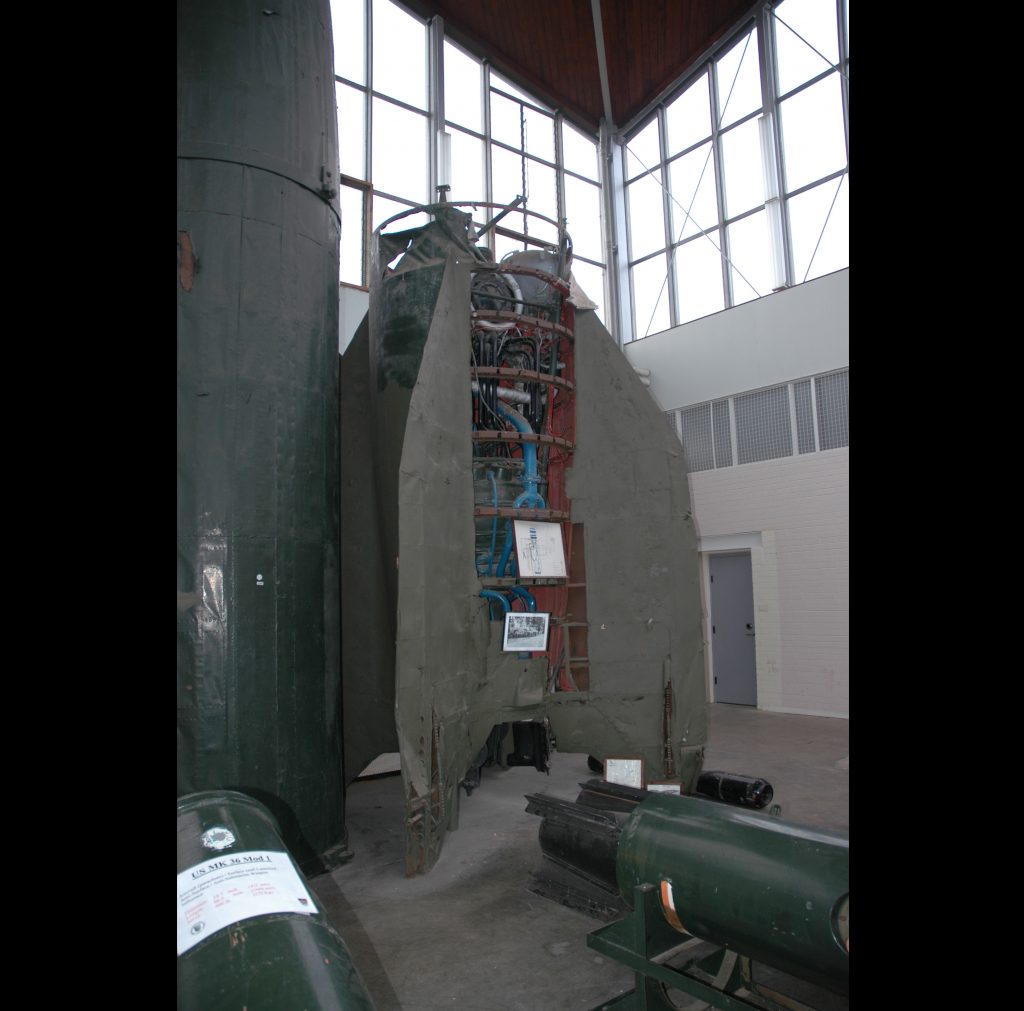 Von Braun is a complicated character because although he was a German scientist, his actions were indirectly responsible for the deaths of thousands.

He tolerated slave labour from concentration camps and yet was responsible for the space age becoming a reality in his lifetime.

He was interrogated by the Allies in 1945 and was given a contract by the Americans to work for Army Ordnance in the United States.

He and others from Penemunde worked in Fort Bliss near El Paso, Texas, White Sands in New Mexico.

Von Braun and his men were transferred to Huntsville in Alabama in 1950 to develop an Army tactical ballistic battlefield missile. He helped develop the Redstone missile and gained American citizenship.

When the Soviet Union began the Space Race, there was an urgent need for von Braun’s help. America’s first satellite was launched from a Wernher von Braun design, the Jupiter-C, He eventually headed NASA and saw his visionary rocket, the Saturn 5, carry man to the Moon.

On the 8th of September 1944, the first rocket fell on London in Chiswick. It killed a number of people, including Sapper Bernard Browning, who was on leave from the Royal Engineers.

Almost 3,000 citizens were killed in London by V-2 attacks, with almost the same number injured. A scientific reconstruction carried out in 2010 demonstrated that the V-2 creates a crater 20 metres wide and eight metres deep, throwing up around 3,000 tons of material into the air.

I believe there are only four others on display in the UK. There are around 20 on display across the world. 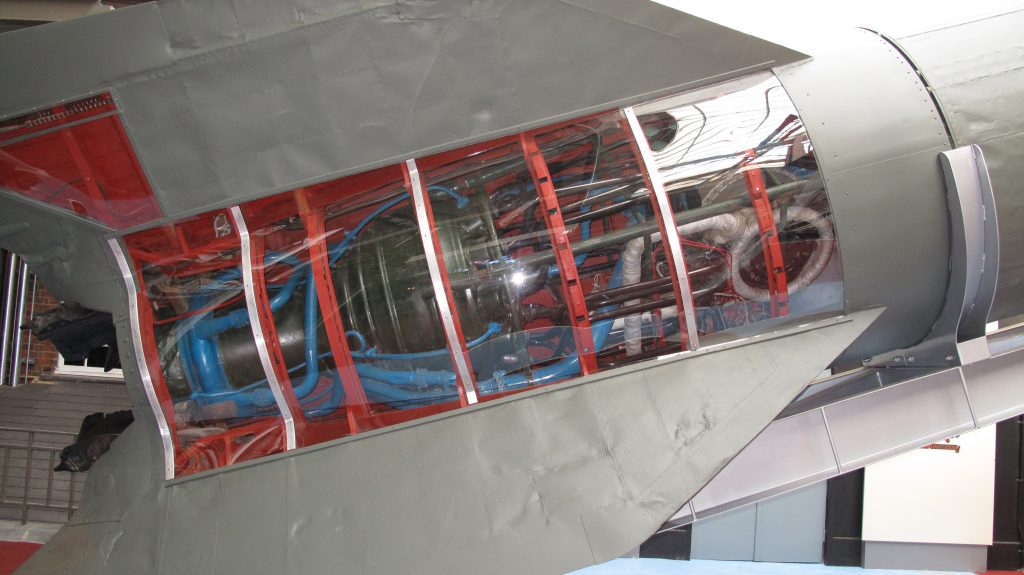 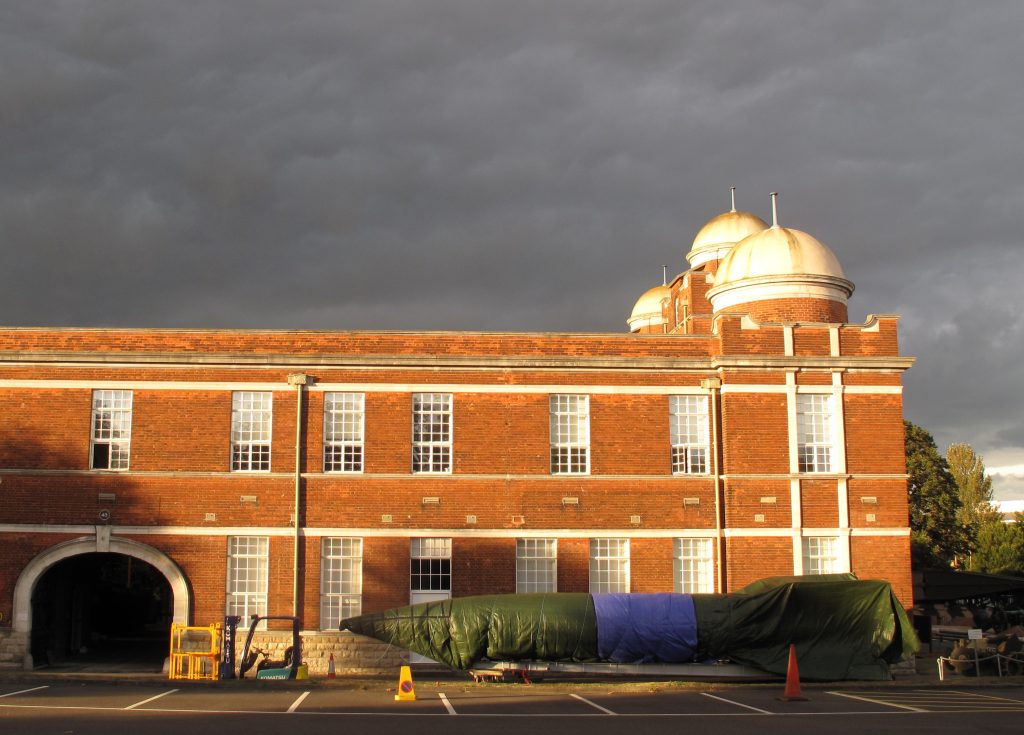 The V2 under wraps outside the Royal Engineers Museum. © REMLA Photography

Up until recently this rocket was in a terrible condition, but it has been carefully restored by Borley Brothers, a structural engineering company based in Cambridge who are experts in V-2 restoration.

It has been strengthened, repaired and repainted in German military green and has had a special cradle made, which it is displayed on.

The V-2 and a section of the Berlin Wall are now on display together. If anyone has any objects relating to this period or the Cold War that followed and British nuclear testing, we would love to hear from them.”

The Royal Engineers Museum is currently closed for refurbishment and will be re-opening on May 27 2017. For more on the V-2, visit v2rocket.com. Anyone with objects of interest can call Catherine on 01634 822221.

The Royal Engineers Museum and Library tell the story of the Corps of Royal Engineers and military engineering. It is a story about the Sappers and their courage, creativity and innovation. In peace and war the Corps has been everywhere and involved in everything. The Museum galleries display exquisite Chinese…