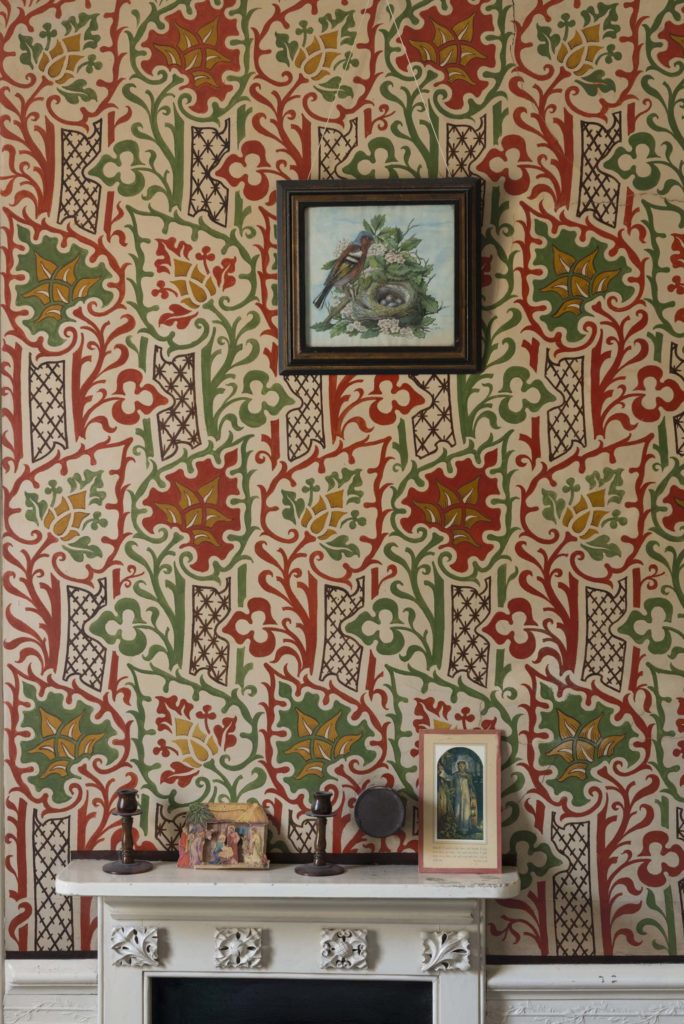 There are many artistic interiors in Britain that transport you to another era – like the preserved Victorian sanctum of 18 Stafford Terrace in London, or the 1920s time capsule that is Mr Straw’s House in Nottinghamshire – but one of the most quietly unassuming – yet equally stunning – can be found in a modest two-bedroom Victorian terrace house in Cambridge.

186 Gwydir Street was bought in 1886 by David Parr, a working-class Victorian decorative artist who spent his working life in the employment of Cambridge design firm, F R Leach & Sons.

The company worked on Cambridge college interiors and church restorations where Parr learnt many skills applying the designs created by some of the best architects and designers of the time, including Gothic revivalist George Frederick Bodley, William Morris and prolific stained glass designer Charles Eamer Kempe.

But Parr didn’t merely toil for the great, the good and the moneyed of Victorian England; over a period of 40 years, he also laboured – often by candlelight – for himself, within his own humble terraced home, which he decorated in the style of the grand interiors he worked on every day. 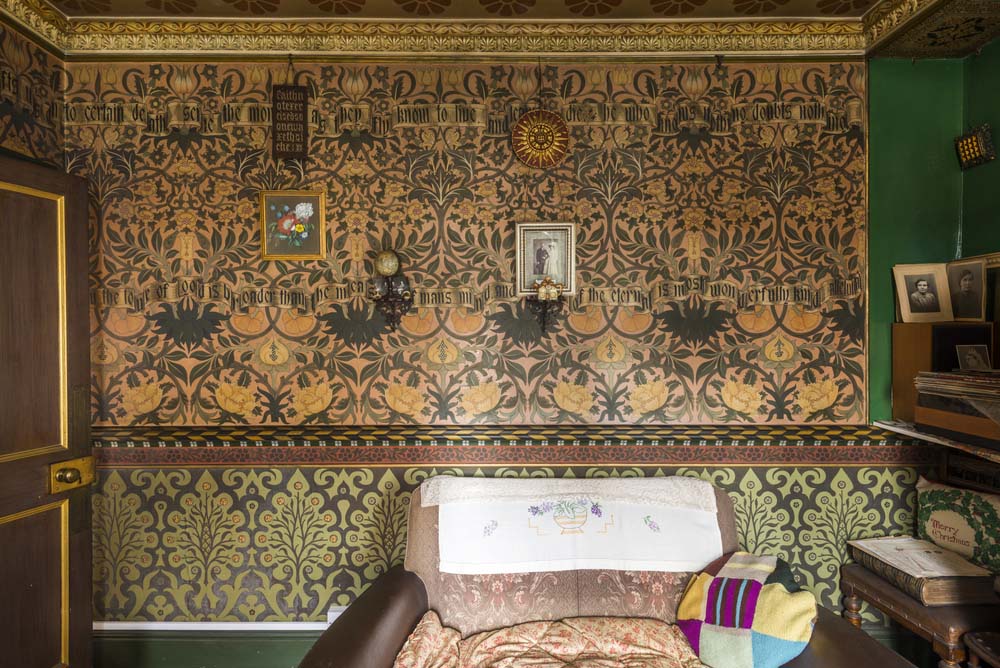 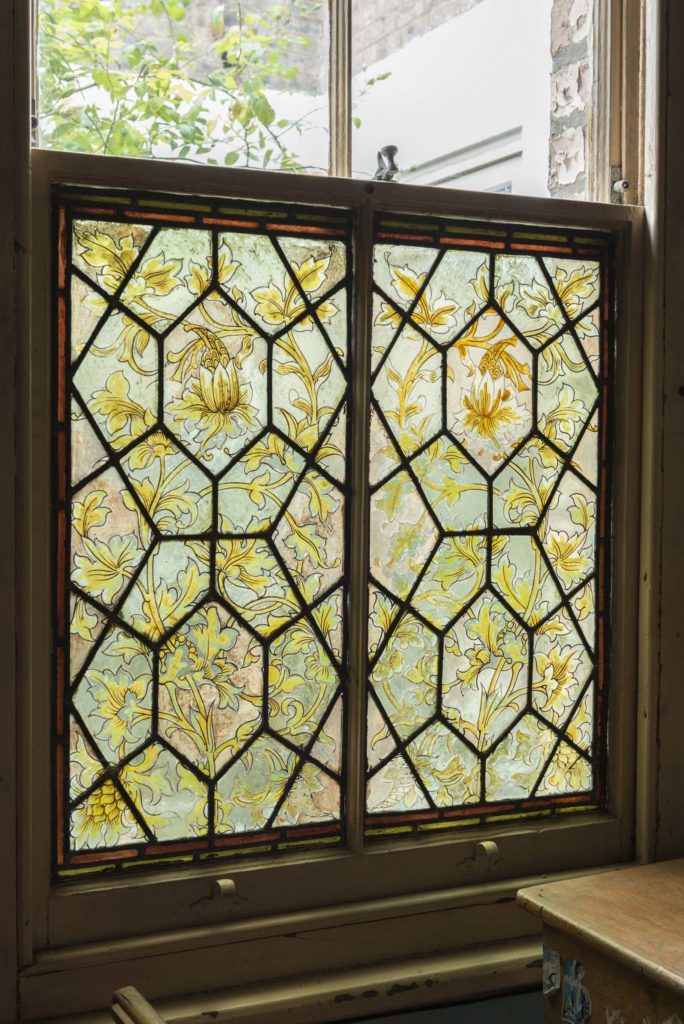 Eventually his ordinary house boasted an extraordinary interior of Arts and Crafts wallpapers, gilded doors and rails, stained glass windows, tiles and hand-made furniture. Many of the tools and paints he used to create this remarkable piece of work remain in the house to this day.

Essentially Parr was fulfilling the William Morris aspiration that every working class person should have access to, and be inspired by, hand-crafted things of beauty. Handily he kept a ledger, which has also survived, detailing his painstaking DIY work.

After Parr’s death in 1927, his granddaughter, Elsie, moved in aged 12 as a companion to her grandmother. Elsie stayed for the next 85 years, marrying her husband and bringing up her family in the house with its remarkable interior. Many of her possessions remain, creating another layer of domestic social history, which both juxtaposes and complements the work of her grandfather.

Thanks to her, today the house is a rich testament to the creative output of a working-class man as well as a record of a home and family life spanning three generations.

Following its ‘discovery’ by social historian Tamsin Wimhurst, who was shown around by Elsie in 2009, the house was purchased by Wimhurst and her husband following Elsie’s death in 2014. She then set up David Parr House CIO to save it for the public and ensure that the arts, culture and heritage it reflects remains accessible to the public for the long term.

Today the ongoing mission of the organisation is to:

‘Celebrate ordinary working people and the beauty of making. We believe in seeing the extraordinary in the everyday and want to inspire others to connect to their memories and creative potential.’ 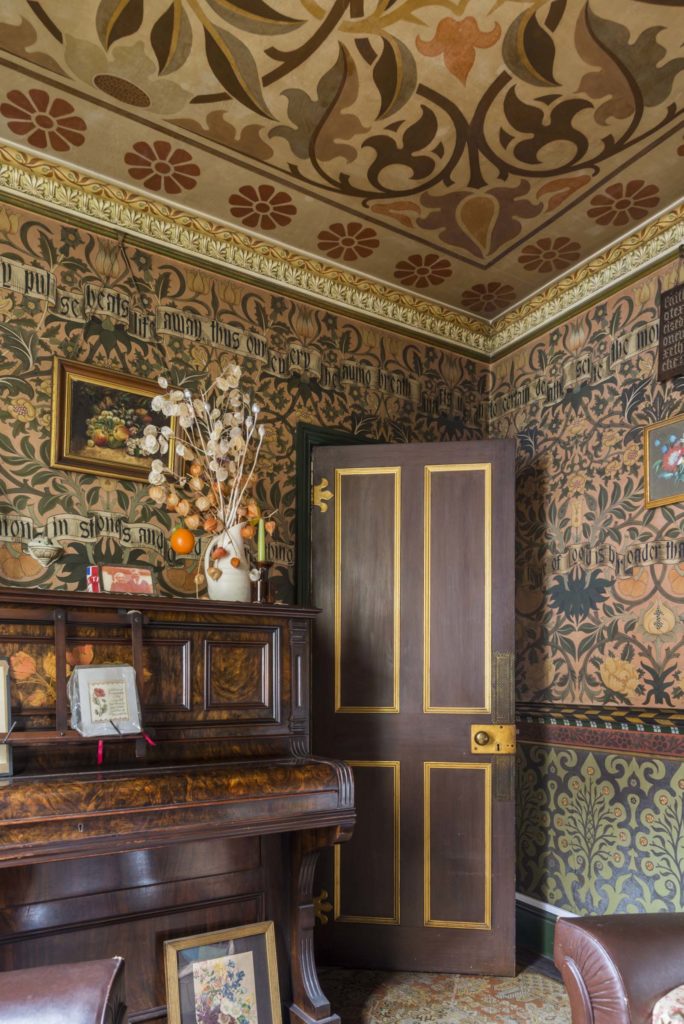 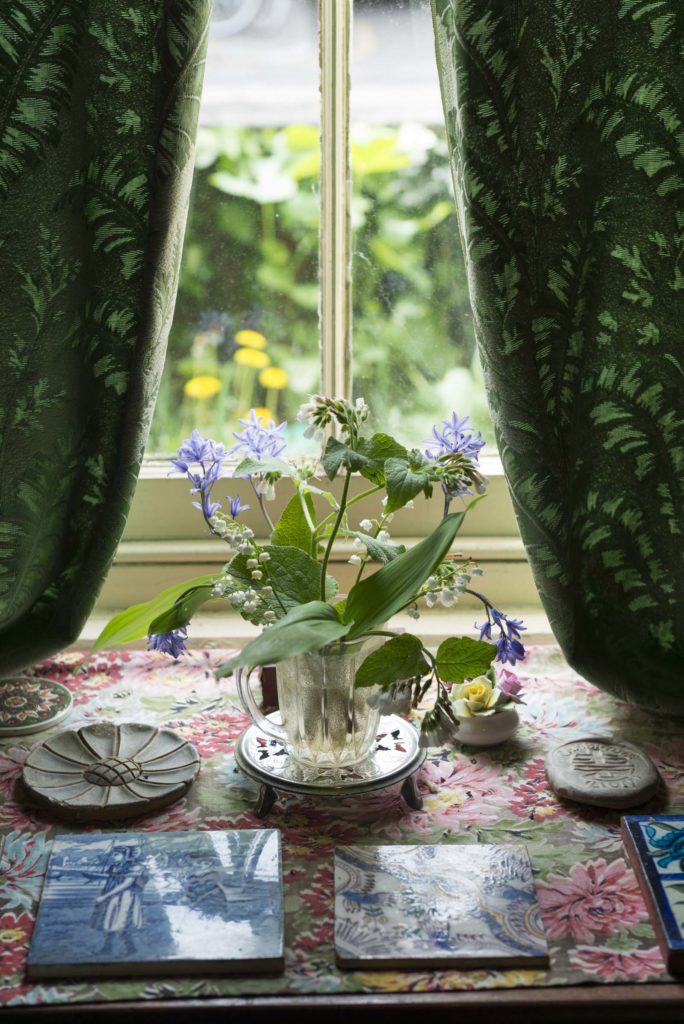 In 2015 the David Parr House was awarded a grant of £625,300 from the National Lottery Heritage Fund for the project ‘Life and Art in a Workers House’ to conserve and open the house to the public. In 2017 it received a second award from National Lottery Heritage Fund of £500,000 match funding to form a £1m endowment to ensure its future sustainability and to permanently employ a curator to lead the organisation.

Over the years restoration work has seen the house saved, preserved and restored to its former glory with pre-booked tours welcoming members of the public inside since 2019.

In August 2020 Historic England listed the house as Grade 2* citing it as “an extraordinary and unique example of the exquisite work of an artisan decorator and nothing else like it is known to survive elsewhere.”

“It is amazing to have reached this point,” says founder and Chair of the David Parr House charity, Tamsin Wimhurst. “There has been so much work, enthusiasm and passion given by both volunteers and professionals in order to get the door of this very modest terrace house open to the public – we are so grateful to them all.”

Now the charity is working to raise the final £10,000 that will release £1 million in endowment funding via a Crowdfunder campaign.

Donors will receive unique one-off limited-edition rewards, made by artists and craftspeople based on David Parr’s own hand-painted patterned decorations that range from an enamelled David Parr House badge through to hand made journals and chocolates and a fine limited-edition silk scarf.

“Between us all we have managed to save the house and now embark on crafting its long-term sustainability,” adds Wimhurst. “We want to secure the future of the David Parr House for generations to come so they too can appreciate, understand and value its history and the stories that come from this.” 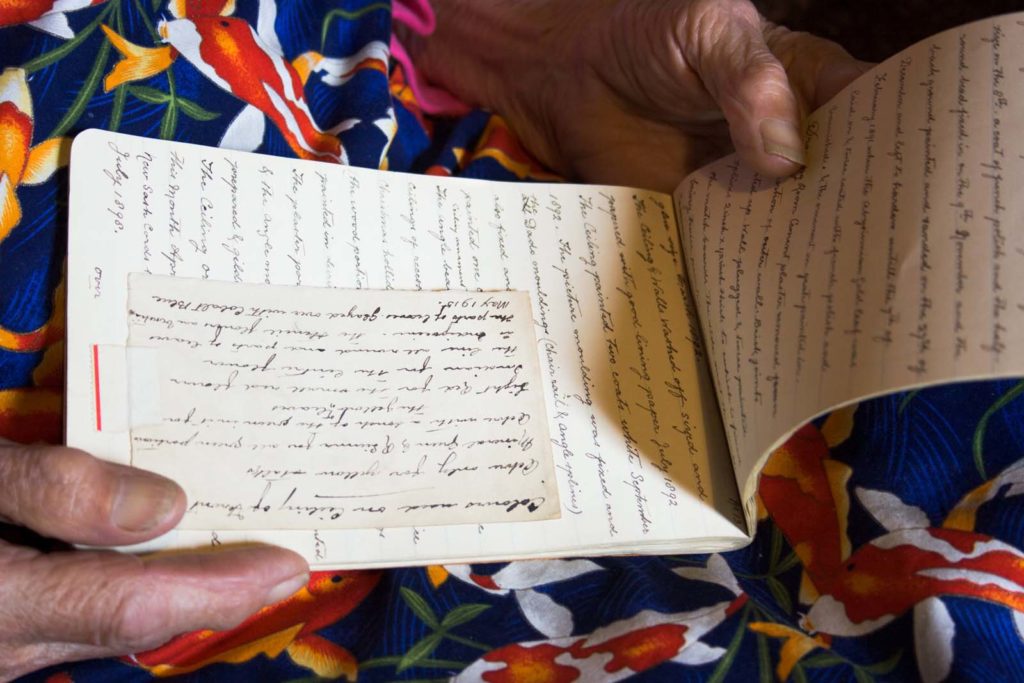 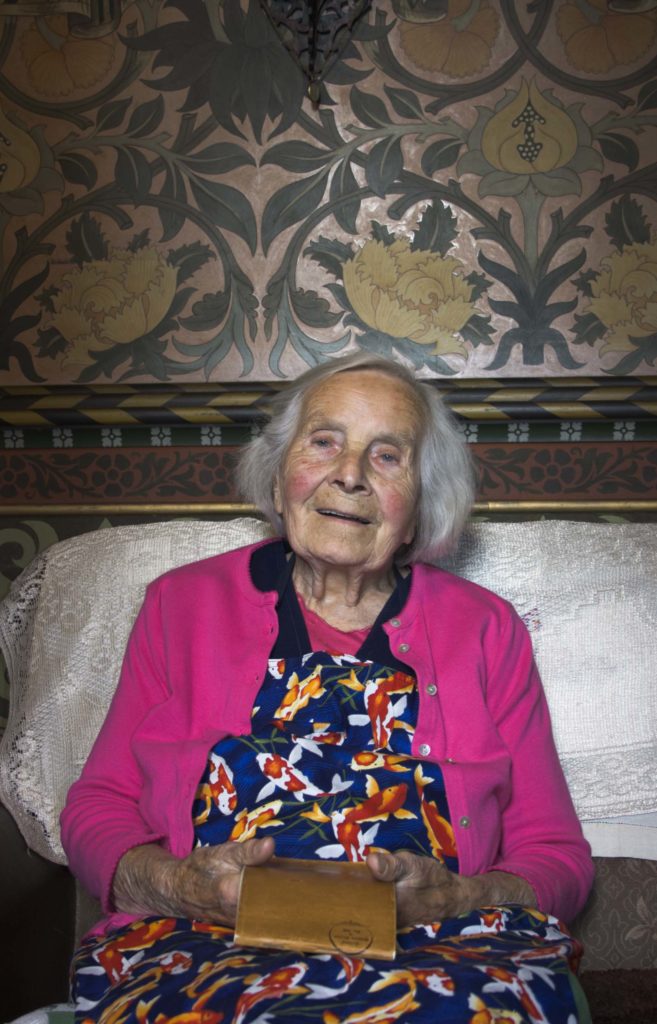 The Crowdfunder campaign will run until April 16 2021. Support it at www.crowdfunder.co.uk/stories-of-the-david-parr-house

Plans for reopening the house later in 2021 are in progress head to davidparrhouse.org/ for updates.

The David Parr House is an ordinary Cambridge terraced house containing an extraordinary secret world - an Arts & Crafts worker's home with many stories to tell.

One comment on “David Parr House: A working class time capsule of the Arts & Crafts”