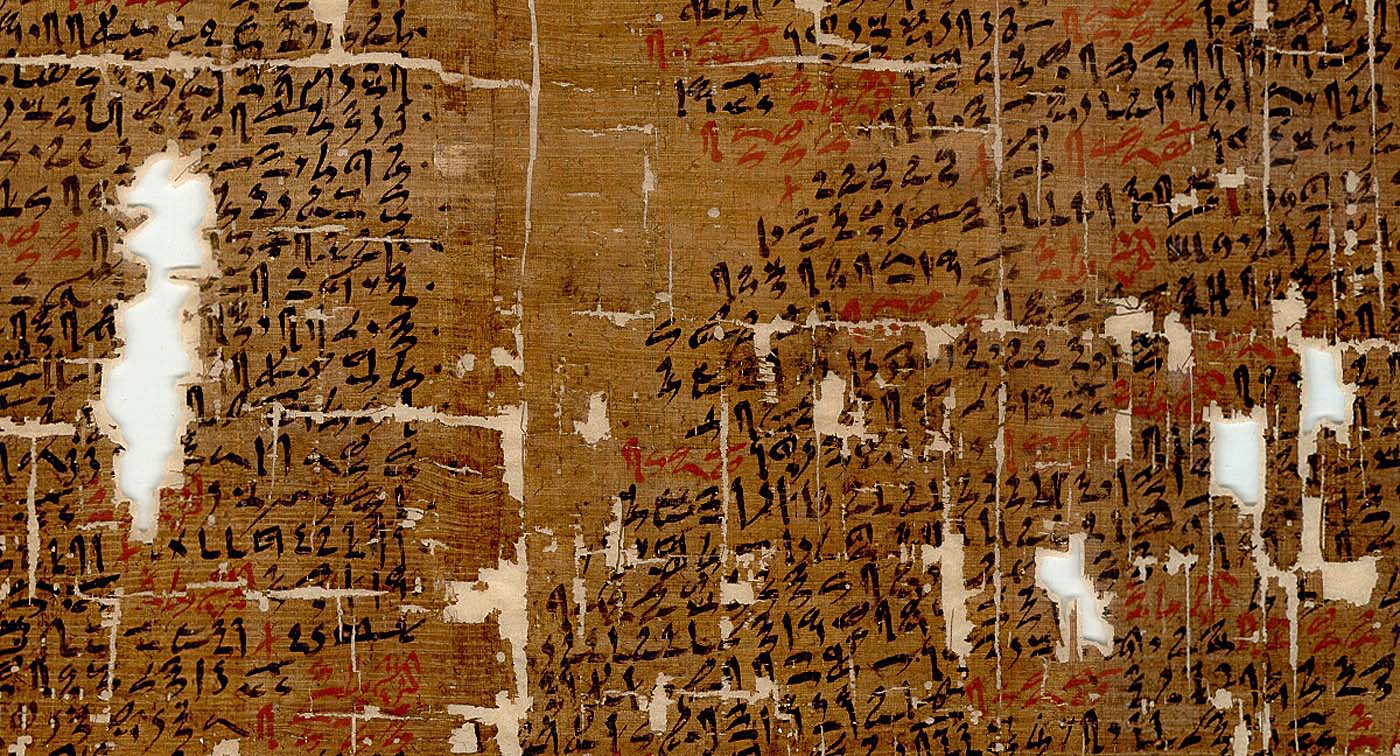 The Petrie Museum’s collection of written material is world-class, comprising over 2000 documents. These texts, written in languages including Hieratic, Demotic, Coptic, Greek and Arabic, represent a variety of societies that held multiple identities, faiths and world views.

The ACE-funded ‘Papyrus for the People’ Project has allowed us to make new translations of our ancient texts that are accessible and understandable to a non-specialist audience. More than 40 papyri from the collection have been conserved as part of the Project, ensuring the long-term preservation of these delicate fragments. Some of these new translations offer fascinating and entertaining insights into daily life in ancient Egypt.

[Translations and descriptions by Joseph Clayton and Raphael McCormack] 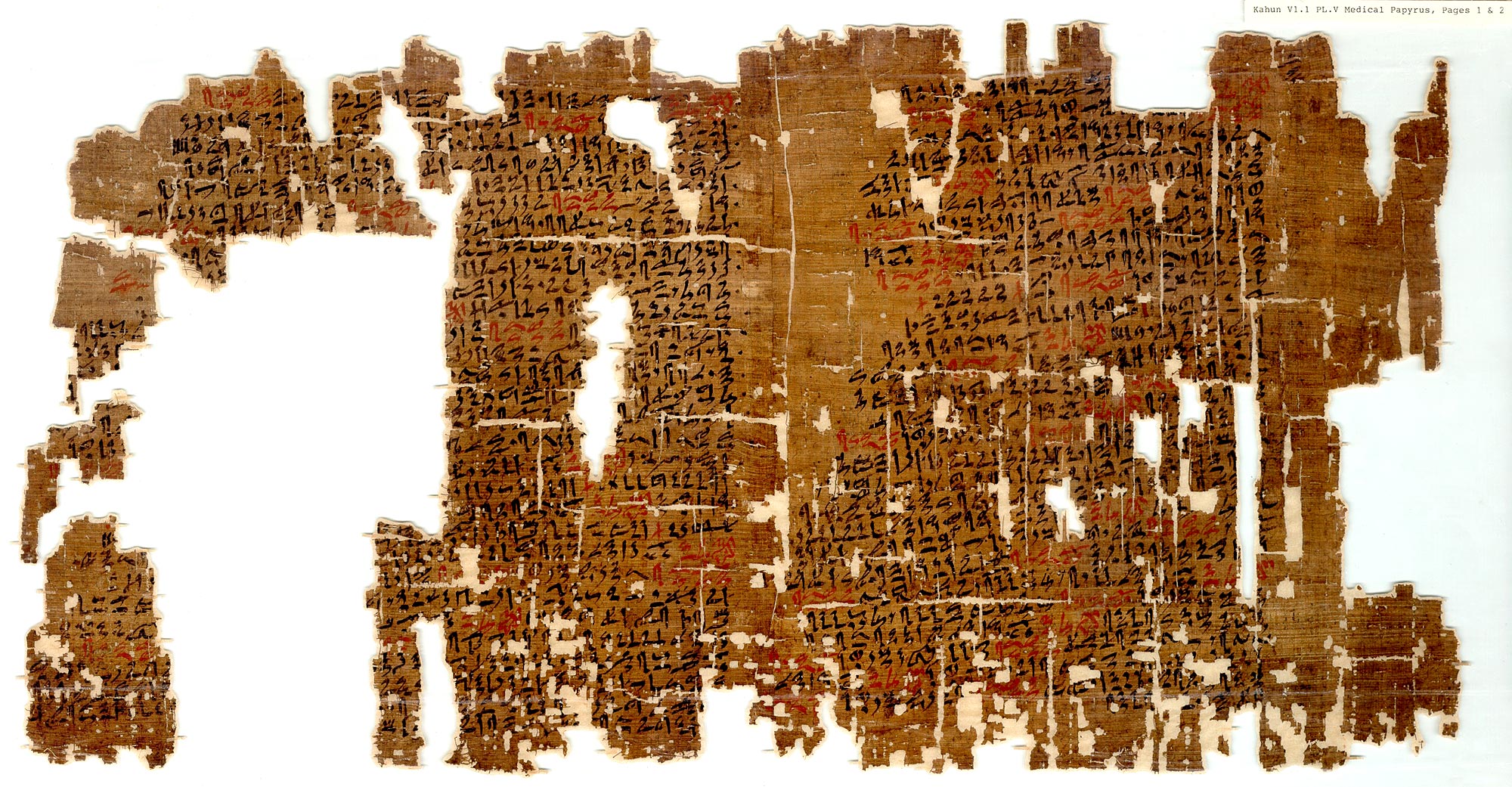 This hieratic papyrus is one of the world’s oldest medical texts and deals with issues related to women’s health surrounding childbirth. The first part deals with various aches and pains and their treatment, and the second part deals mostly with issues surrounding conception. Nearly everything is described as originating in the uterus. The different medical cases are listed, along with the suggested treatment for the illness.

Case 5: Treatment of a woman whose teeth and molars are hurting and she cannot […] her mouth.

You have to say about it: “It is a sharp pain from the uterus”.

You have to treat it: You then cleanse [her] with oil and incense, 1 jar. 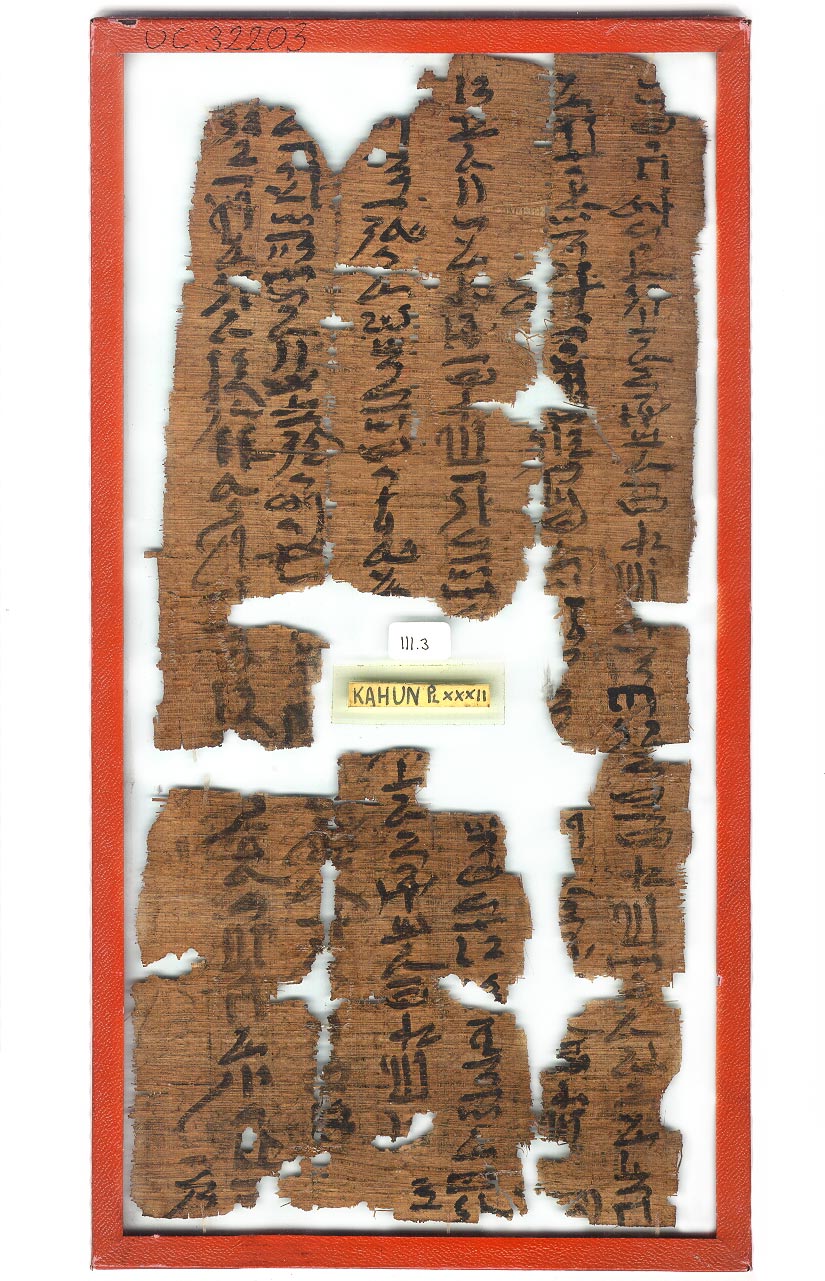 In this letter written in hieratic (cursive) text, the female writer is complaining that master has not provided them with an essential component that allows them to weave the cloth and consequently, she is stuck with everything being ready to start but being unable to do so. To make it worse, she has responsibilities at the temple, which means that she cannot deal with the problem herself. The master also hasn’t been answering any of her other messages!

This is a message for the lord, may he live long, prosper and thrive, about the oversight by the lord.
Are you all okay? The opportunity for you to get your provisions has been wasted because nobody has heard any of your messages. It is good that the lord listens.
This is a message for the lord about the servant women who are here without being able to do any weaving on account of the threads for guiding. Yours truly couldn’t come herself – it was because I had entered the temple on the 20th for the monthly purification! 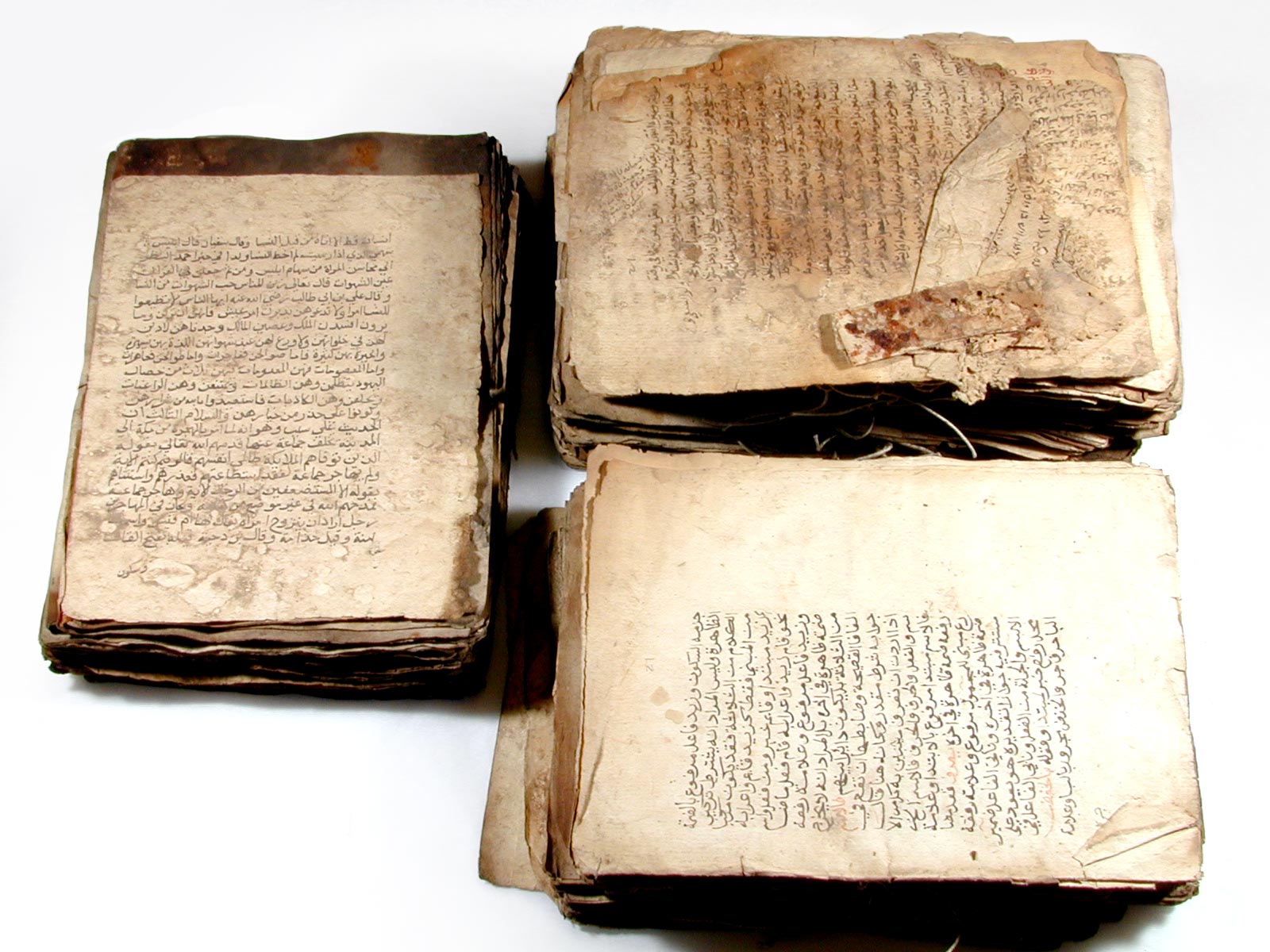 This section of a larger manuscript, written in Arabic and dating to the Islamic Period in Egypt, describes some suggested cures for diseases of the mouth:

For bad breath that comes from rottenness and decay inside the mouth:
Take equal parts of the acorn of the Holly Oak, Yemeni Alum and Mryobalan
Weigh out five parts of each and then add to the mixture
Two parts of Catechu and pure Myrrh and that is enough
Grind it up and boil the mixture in ten parts of vinegar from young grapes
Then swill it and gargle it and spit it out.

For cracked lips:
Take Mastic and dissolve it well in oil
Then paint it on the lips until they are all covered.

To get rid of a heavy tongue and stuttering in your speech:
Chew Orris Root and the more you repeat it the more fluently you will speak.

To kill the worms inside your teeth and save the two rows from decay:
Grind some Borax salt then rub it in the holes and be careful not to swallow it. 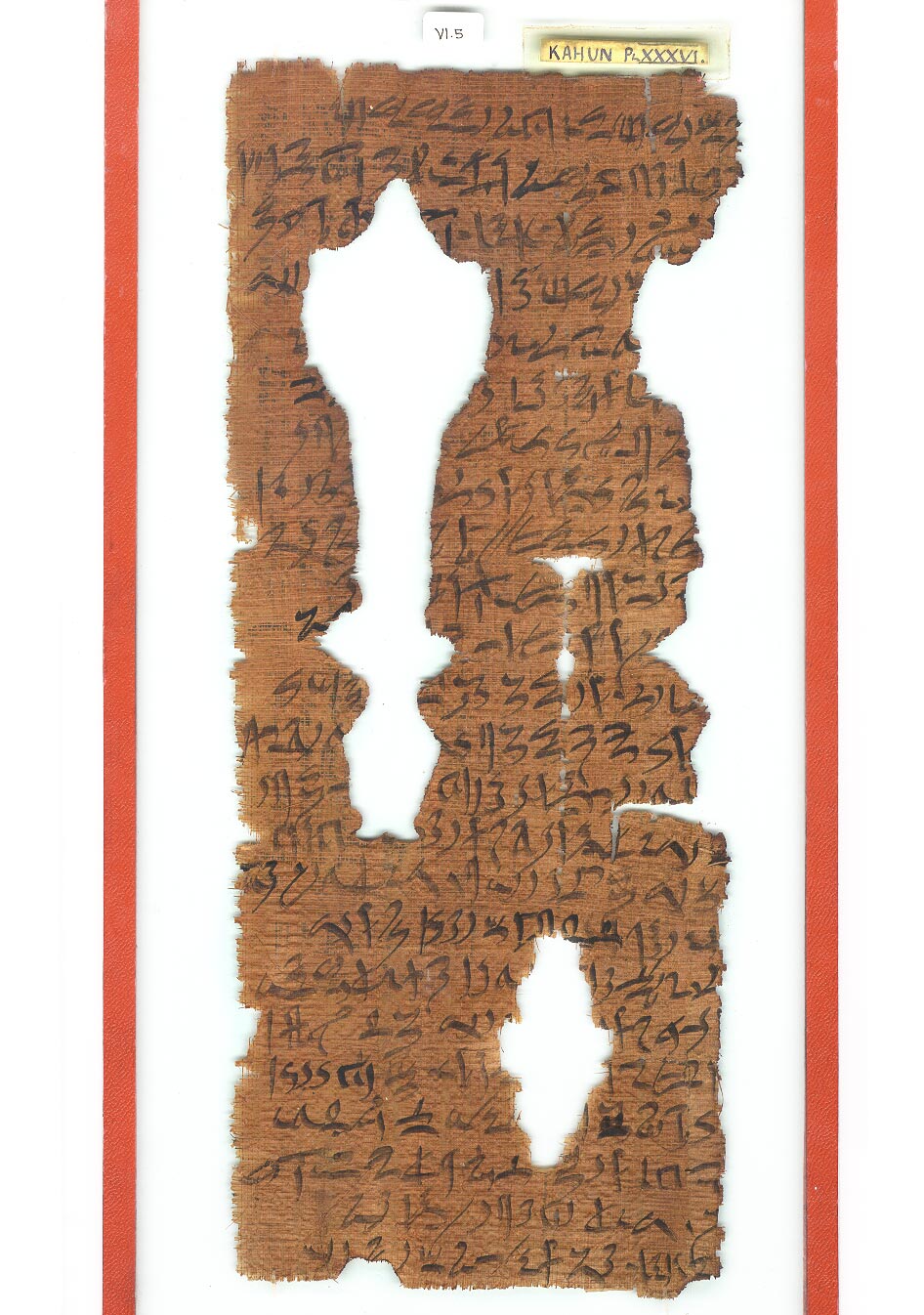 This hieratic letter tells us about several disagreements that the writer, only half of whose name we have, has had with his own household. He writes about owing somebody payment for clothes and has also apparently thrown away some kind of vessel he wasn’t supposed to.

He then asks the recipient of the letter to do him a favour but goes on immediately to complain that that same person hasn’t written to ask how he was! He also says that a woman in the house is going on and on about a basket that she says he has stolen.

The situation is so bad that he refuses to stay in his own house and chooses to go somewhere else to be left alone, although he tried that in the past to avoid his enemies but one of them always comes back there earlier than expected! He finishes the letter by saying ‘Our entire household is what I hate!’ although this letter suggests that he is to blame for these troubles… 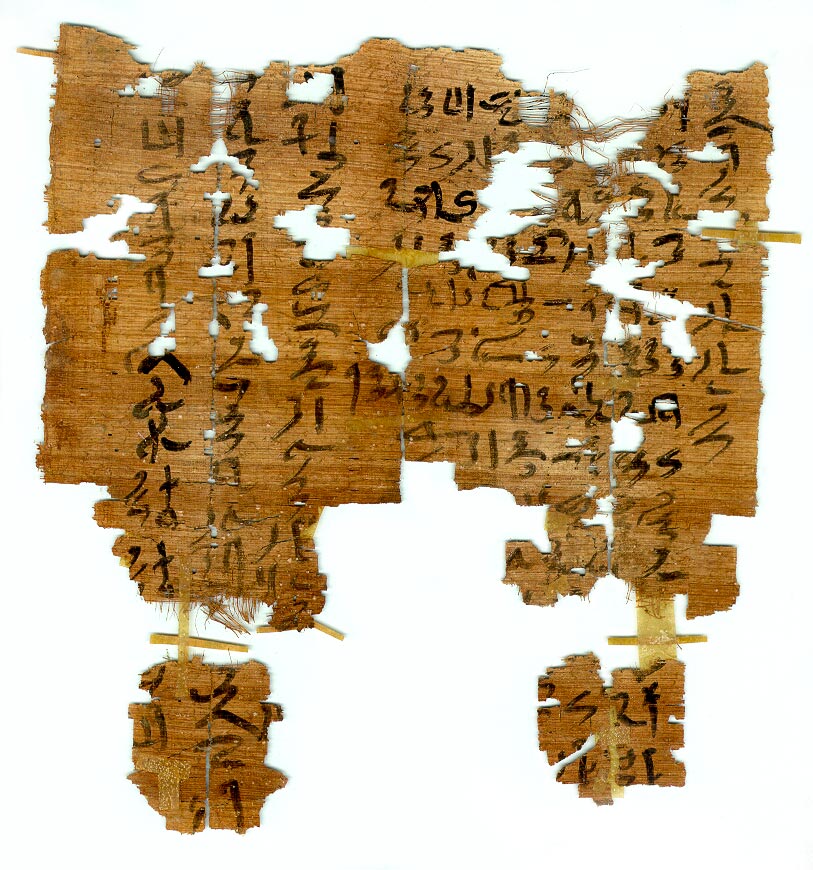 Like today, even in ancient Egypt you were chased for any debts you may have had! This letter deals with a visit from someone demanding an outstanding payment. He seems to have checked up on the writer in the local records and then escalated it to a higher authority: the palace.

This is a message for the lord to the effect that:

“I have come to take the payment that he owes”

As soon as he found “yours truly” in the office of the local council, he had it officially approved by the palace. 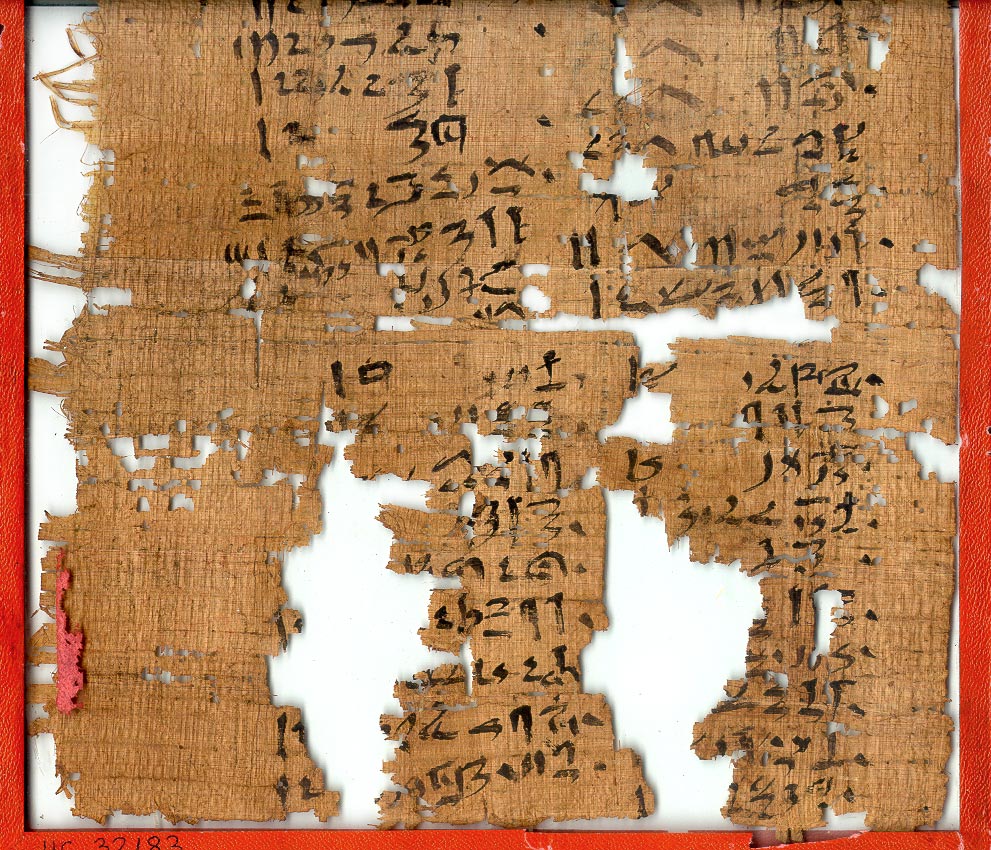 This document seems to be a list of all the valuables confiscated from somebody who is possibly called Hetu, though the writing of his name is not clear. It is almost certain that the items were taken because he was in arrears with his taxes. In ancient Egypt, if you were behind with your taxes this would also have created problems just like it would today!

Visit the project page at www.ucl.ac.uk/culture/projects/papyrus-people

The Petrie Museum houses an estimated 80,000 objects, making it one of the greatest collections of Egyptian and Sudanese archaeology in the world. It illustrates life in the Nile Valley from prehistory through the time of the pharaohs, the Ptolemaic, Roman and Coptic periods to the Islamic period. The entire…