David Jones Madonna of the Downs in the main gallery at Ditchling Museum of Art + Craft. Photo Richard Moss

A walk through Ditchling Museum of Art + Craft

From the rough-hewn oak beams that greet visitors via the stock barn on the village green to the pre-digital, metal type Gill Sans used for the signage, the rebranding and rebirth of Ditchling Museum as a museum of art and craft is both handsome and meticulous.

The Sussex village has long been synonymous with carver, craftsman, designer and typographer Eric Gill, but the quaint museum that for years paid homage to his legacy never really lived up to his importance and complexity.

Since Fiona McCarthy’s 1989 biography, Gill’s sexual perversions have also made him notorious. But in the all-new museum he is presented as an artist, craftsman and a thinker – the starting point for a wider story of making in Ditchling that stretches from the early 1900s to the 1980s.

Born in Brighton in 1882, Gill grew up in Chichester and moved to Ditchling in 1907 where he developed his Arts and Crafts-inspired skills as a stone carver and letterer – and as a Catholic ascetic.

In the wake of the First World War, his Roman Catholic Guild of St Joseph and St Dominic attracted a fascinating assortment of artists and craftspeople who were drawn to its commitment to Catholic piety, its ideas about self-sufficiency and the creation of art as being something akin to divine worship.

Although he left for Wales in 1924, the Guild survived until 1989 – around the same time that Joanna and Hilary Bourne had the foresight to buy the old village school and open it as a museum celebrating the Guild and its achievements. 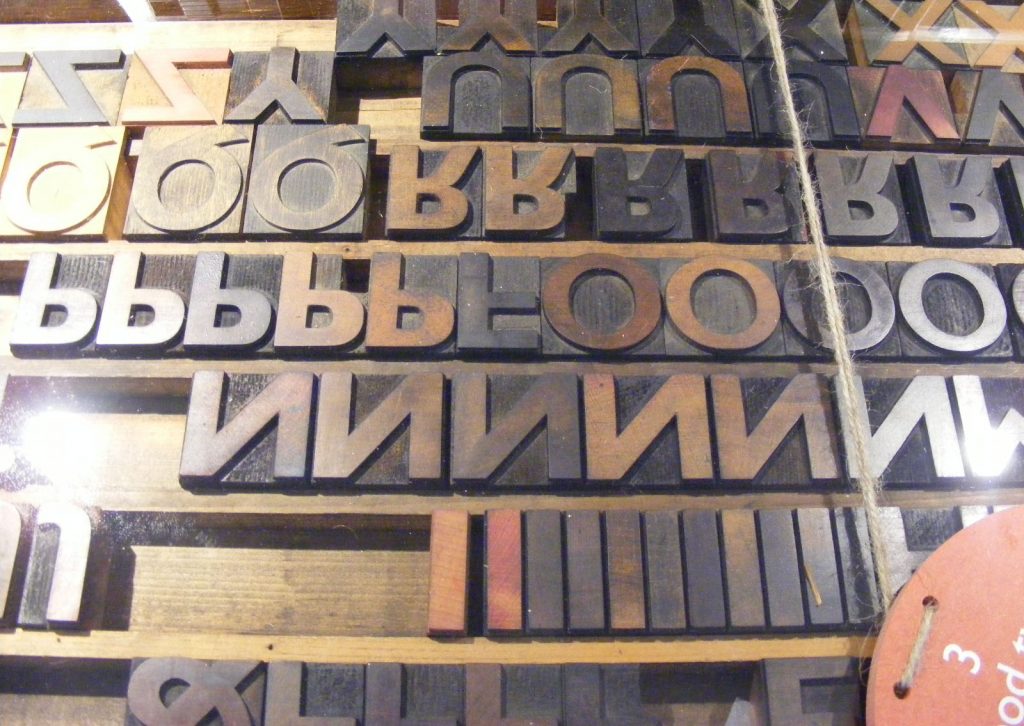 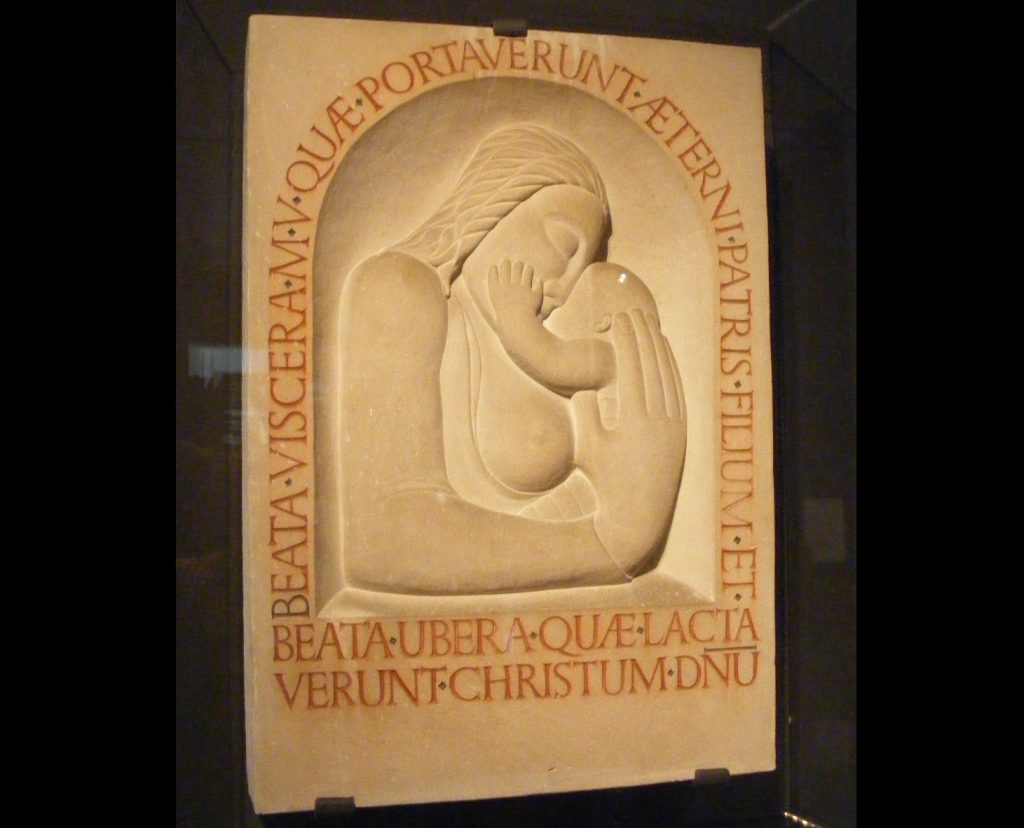 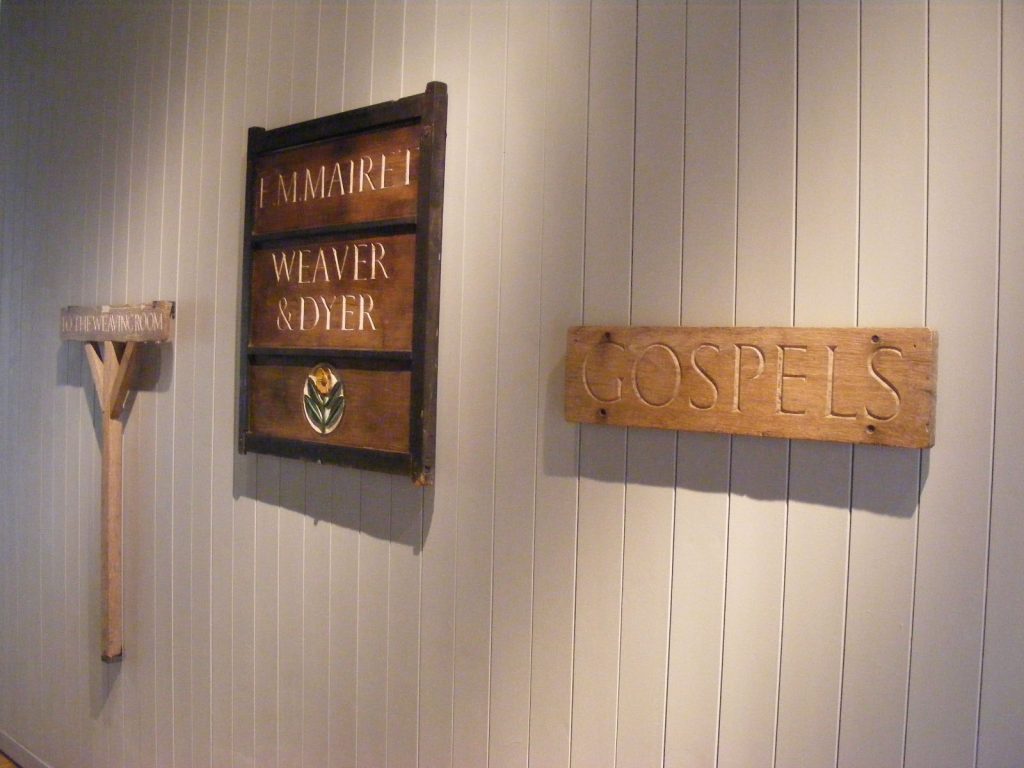 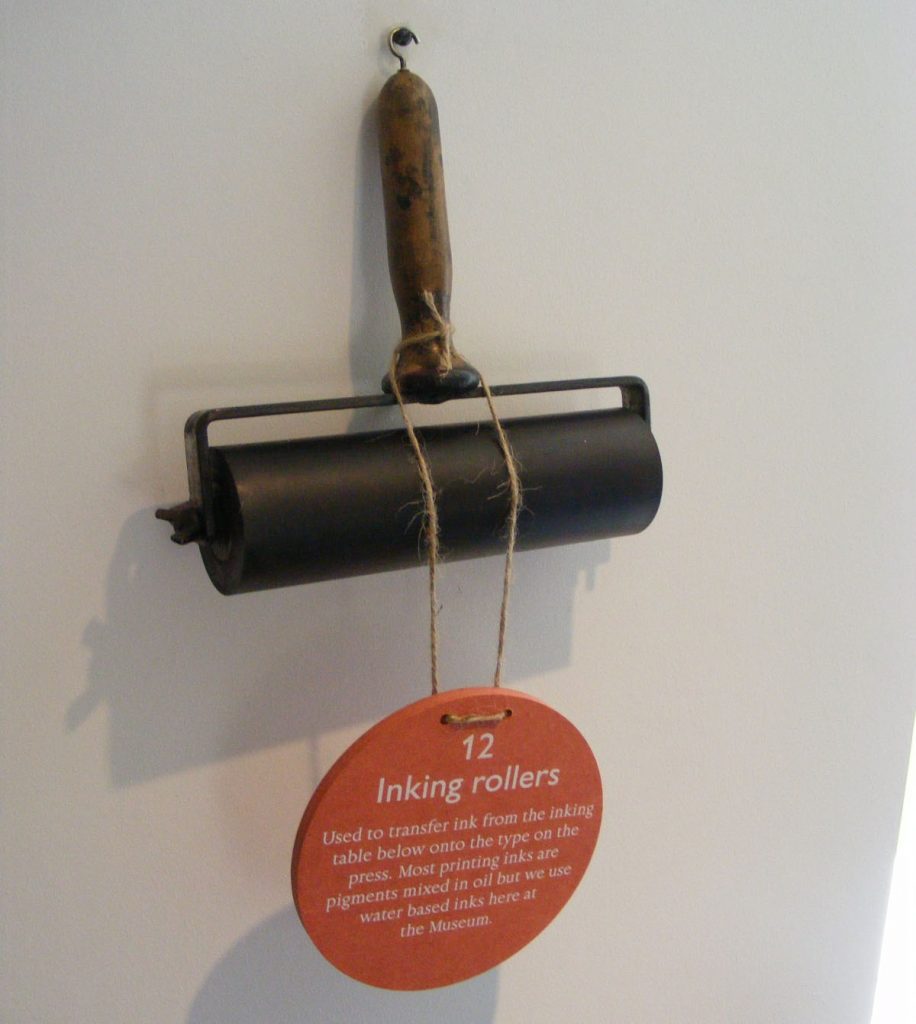 The sisters, who were in their late 70s, had been to school with the children of many of the Guild’s artists, and Hilary’s work as a weaver is now part of the museum’s collection.

The Guild’s story is one of expulsions, contradictions, epiphanies and losses of faith – and the procession of artists and craftspeople who quietly made their mark in the fields of stone carving, typography, weaving, metalwork, printmaking and design.

Naturally it is this work, “both sacred and secular”, that provides the narrative thread and offers a perfect rationale of objects, people and place.

It makes for an atmospheric visit. Turning from the artwork, windows punched into the gallery walls offer glimpses of the Sussex Downs, the village green or the graveyard where some of the men and women whose work is on display and who followed the Guild’s principles now lay buried. It’s a genius touch that manages to both revel in the work and celebrate the place it was created.

There are small treasures everywhere. A cabinet of local rural curiosities includes weathervanes and shepherd’s crooks, leading to the central gallery and the work of Gill whose supporting cast includes Hilary Pepler the printer, David Jones the painter, poet and printmaker; Joseph Cribb the letter cutter and carver; Phillip Hagreen the wood engraver; Edward Johnstone the calligrapher; Dunstan Pruden the silversmith and many others.

Stone carving was an important craft in Ditchling and Joseph Cribb emerges as one of the Guild’s longest serving and central members. Arriving in 1907, he died on the way to his workshop in 1967.

During this 60-year tenure (interrupted only by service in the First World War) his main bread and butter was sculpture for churches and tombstones, and when Gill left the village in 1924 Cribb took over his workshop. 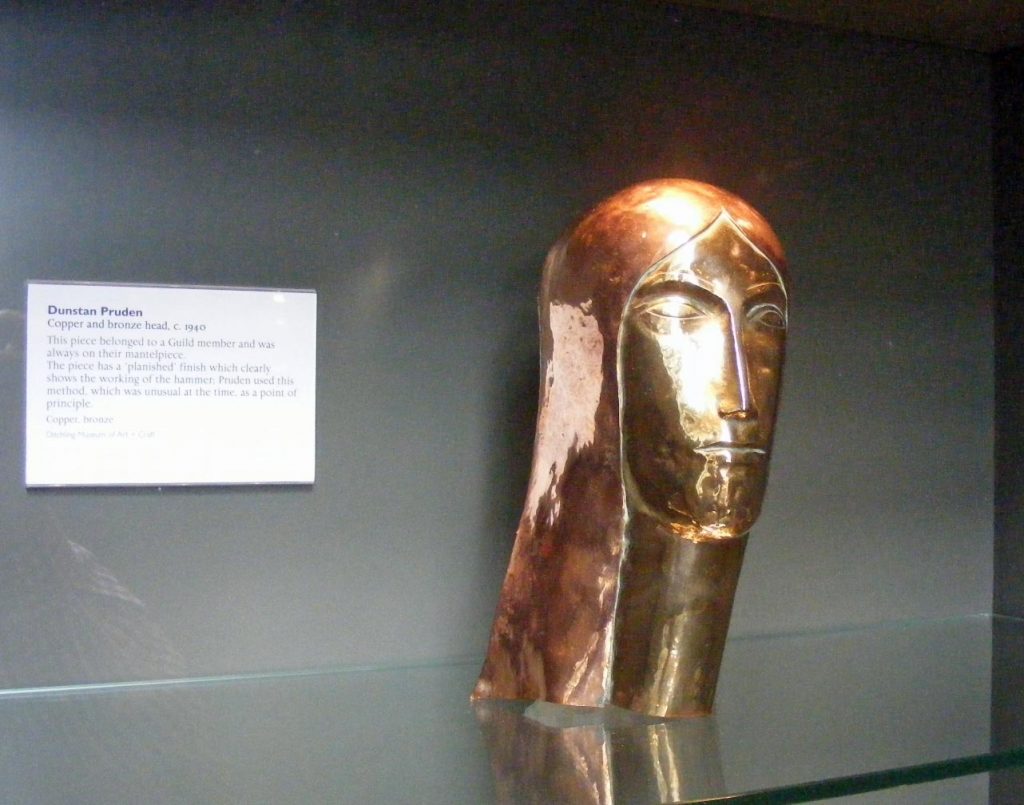 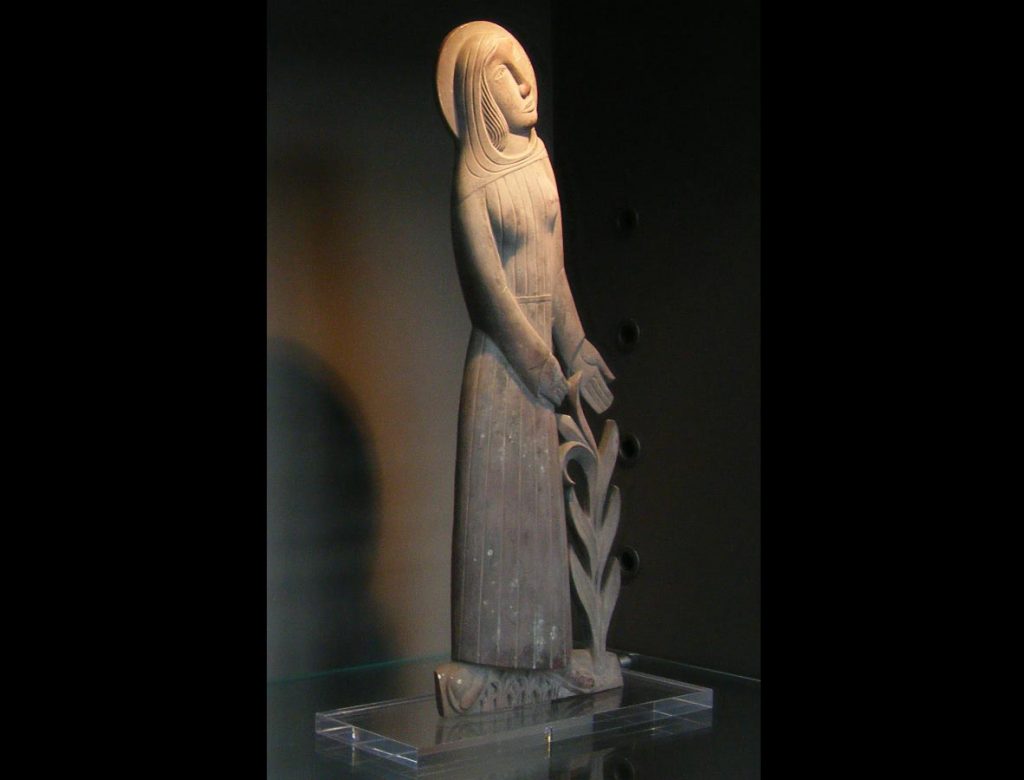 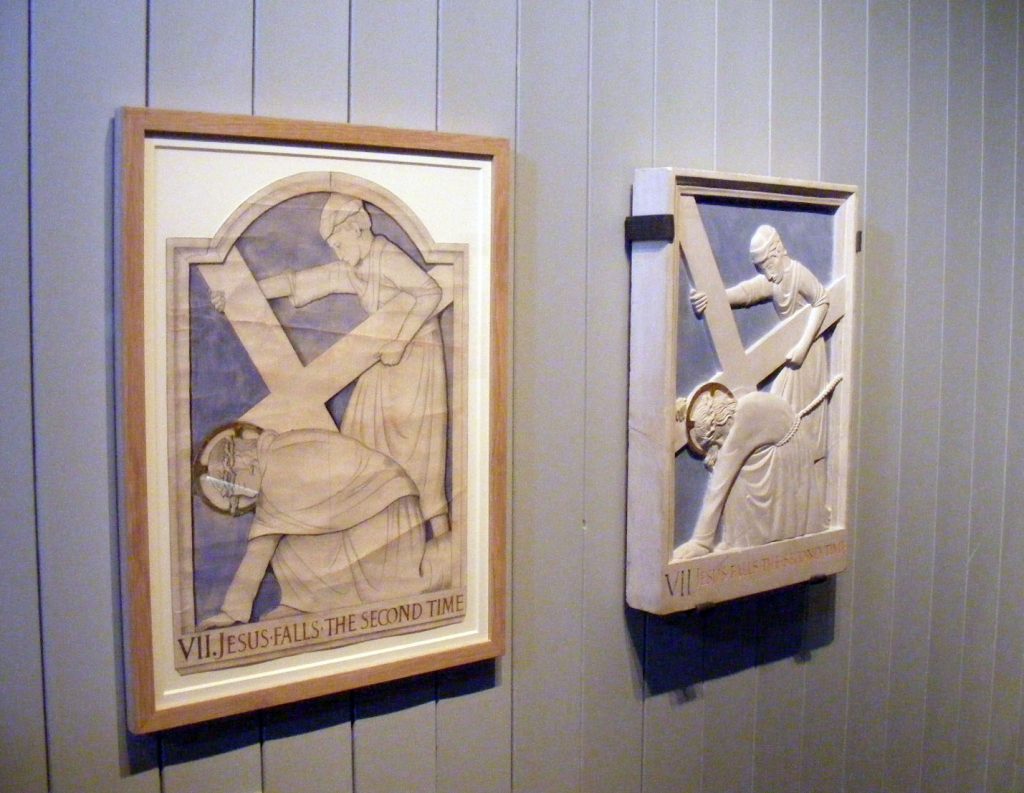 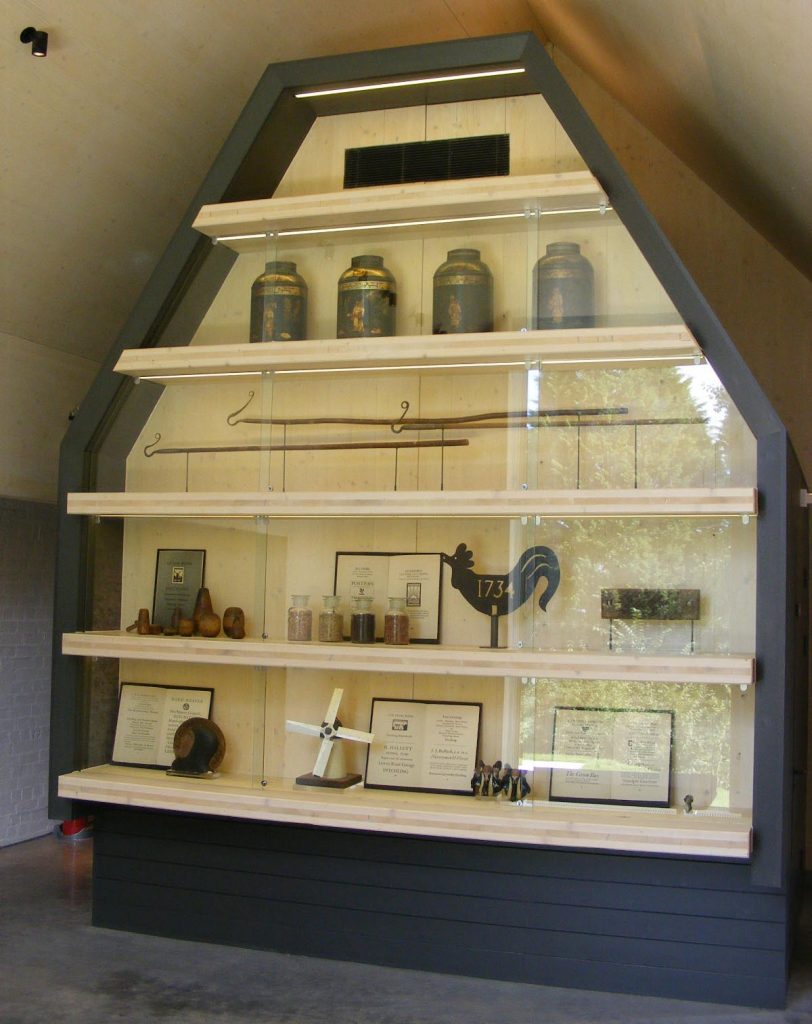 Judging by the carvings on display he truly lived Gill’s philosophy of making beautiful objects that had utility – or work that “must be good in itself and good for use”.

It’s an ethos the exhibition space follows to the Gill Sans letter, effectively combining the ambience of its original function, a Victorian schoolroom, with that of a modern gallery space.

Paintings like Frank Brangwyn’s View from my Window at Ditchling (lent by the Jerwood Gallery in nearby Hastings), an assortment of craftsman’s tools and the charming remnants of the guild’s local signage seem perfectly at ease here.

David Jones’ Madonna and Child in the Landscape is another treasure adorning the simple timber lined walls. And Dunstan Pruden’s Copper and Bronze Head – a perfect assimilation of Modernism and the medieval arts and crafts style of Gill – looks out serenely towards the graveyard where its creator lies buried.

Nearby, a surprising group of Phillip Hagreen’s wood engravings – boasting a lightness of touch that makes them look like ink drawings – convey the complex social and political messages of the Guild.

A chapel-like side gallery, redolent with the inky remnants of lower and upper case type, doubles as a printing workshop and makes an altar of the famous Stanhope Press used by Hilary Pepler of the St Dominic’s Press and a new generation of printers today.

Outside, a garden of raised beds nurtures the plants featured in Ethel Mairet’s “Book on Vegetable Dyes”. The Guild’s legacy here is very much a living one. 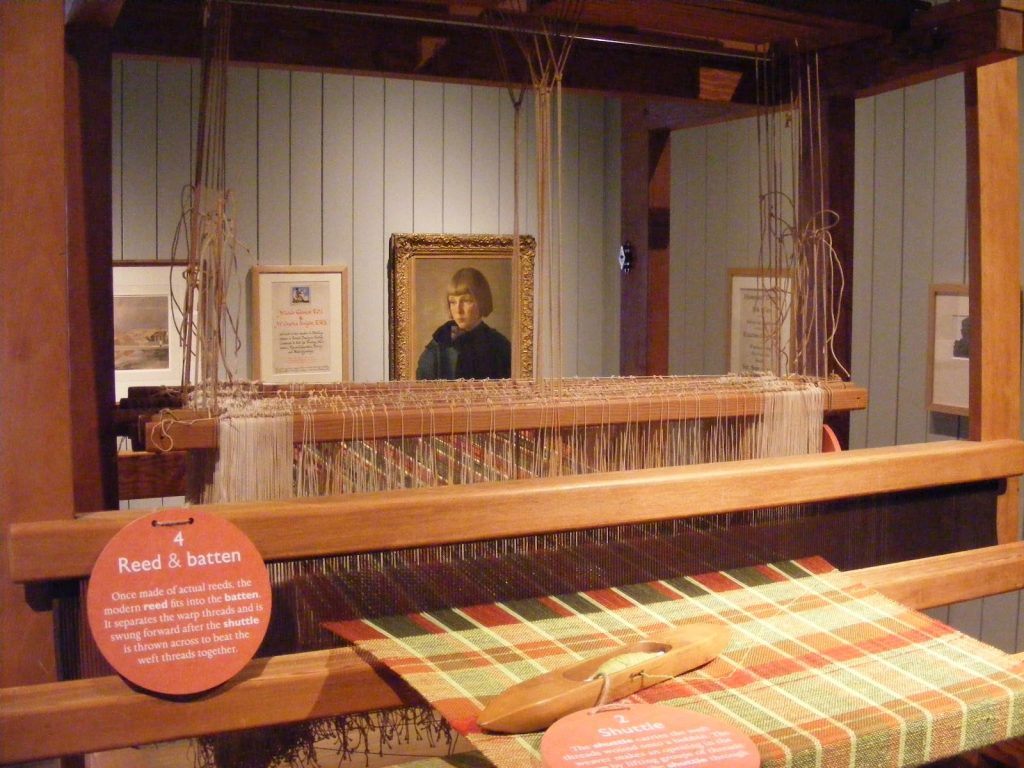 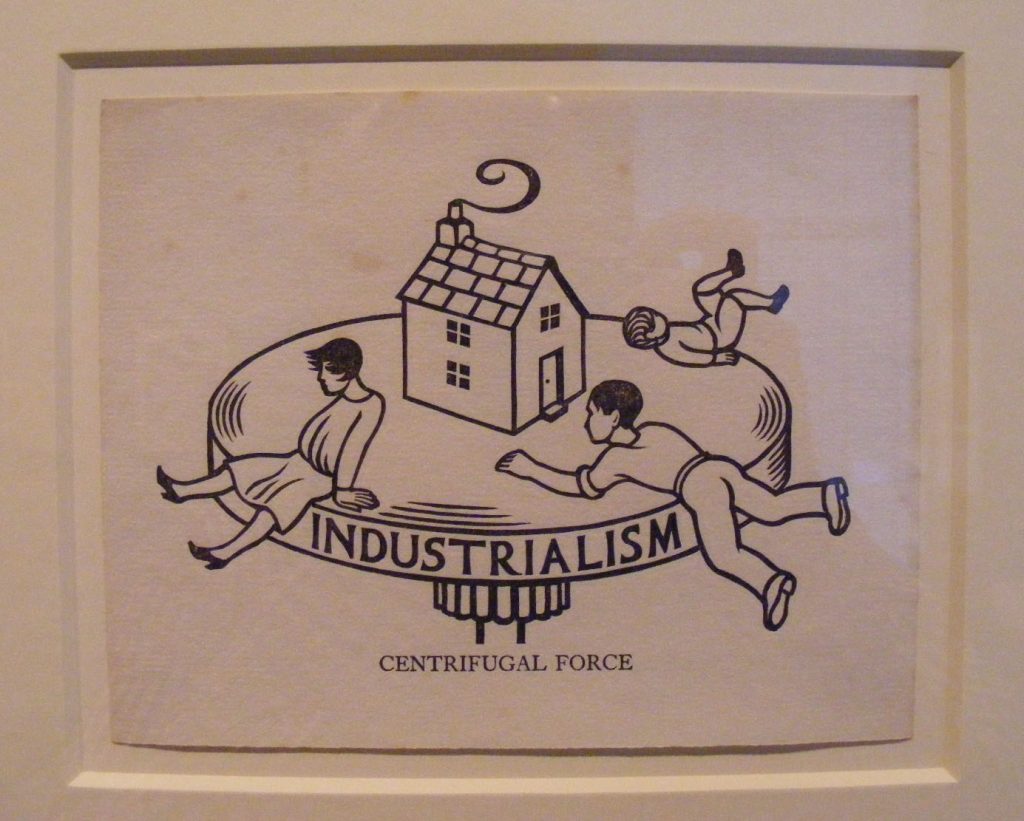 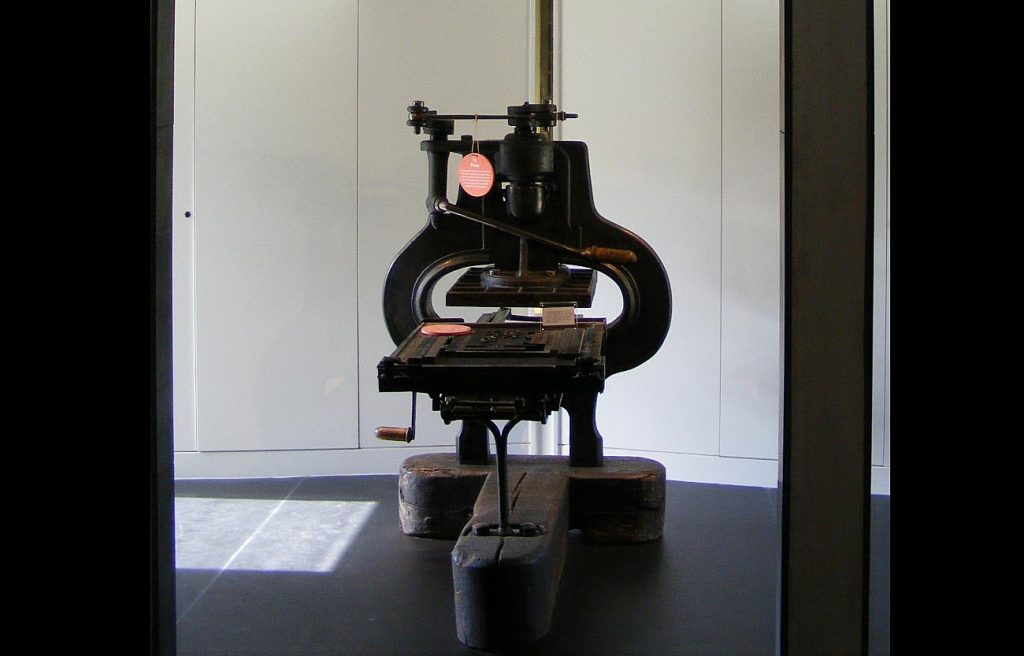 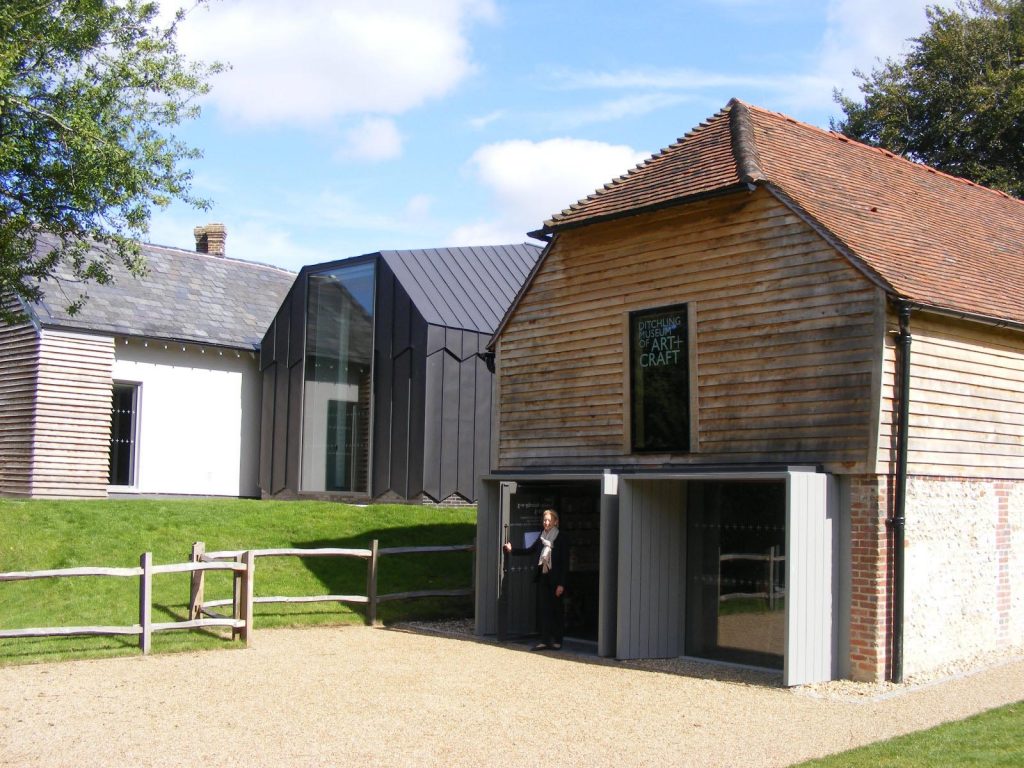 And then, of course, there is Gill, peering out at us, bearded, bespectacled and seemingly tortured, together with his sparse carvings, typefaces, sculpture and some early childhood drawings of trains and local landscapes that reveal his nascent interest in the Downs.

An engraving of Mrs Williams of Ditchling, the vicar’s wife, and a simple portrait of John Edwin Nye demonstrate his ease with portraits and his connection with the locality. Nye was killed at the Battle of the Somme and Gill carved his tombstone.

Yet the text panel glibly describes Gill as an artist surrounded by “controversy and debate”. He may have re-invented modern sculpture, revolutionised typography and created a new philosophy, but his sexual predations still make him an uneasy person to place within the central canon of British artists.

It’s a thorny problem, but perhaps one they are wise not to tackle here but rather concentrate on the art, ideas and output of the Guild.

The rebuild at Ditchling has tied together a disparate group of buildings to tell a story beautifully. The problem of Gill aside, it’s a delightful place to discover the work and ideas of artists who were attracted by timeless rural charms and a holy unity of craft, ritual and landscape. It’s a must visit for anyone interested in 20th century applied arts.

The rich collection of art, craft, and applied art reflects the important place that Ditchling holds in the tradition of 20th century art and craft. Famous artists and craftsmen represented in the museum include Sir Frank Brangwyn, Ethel Mairet(weaver) and Edward Johnston (calligrapher). Unique collection of work from the arts…