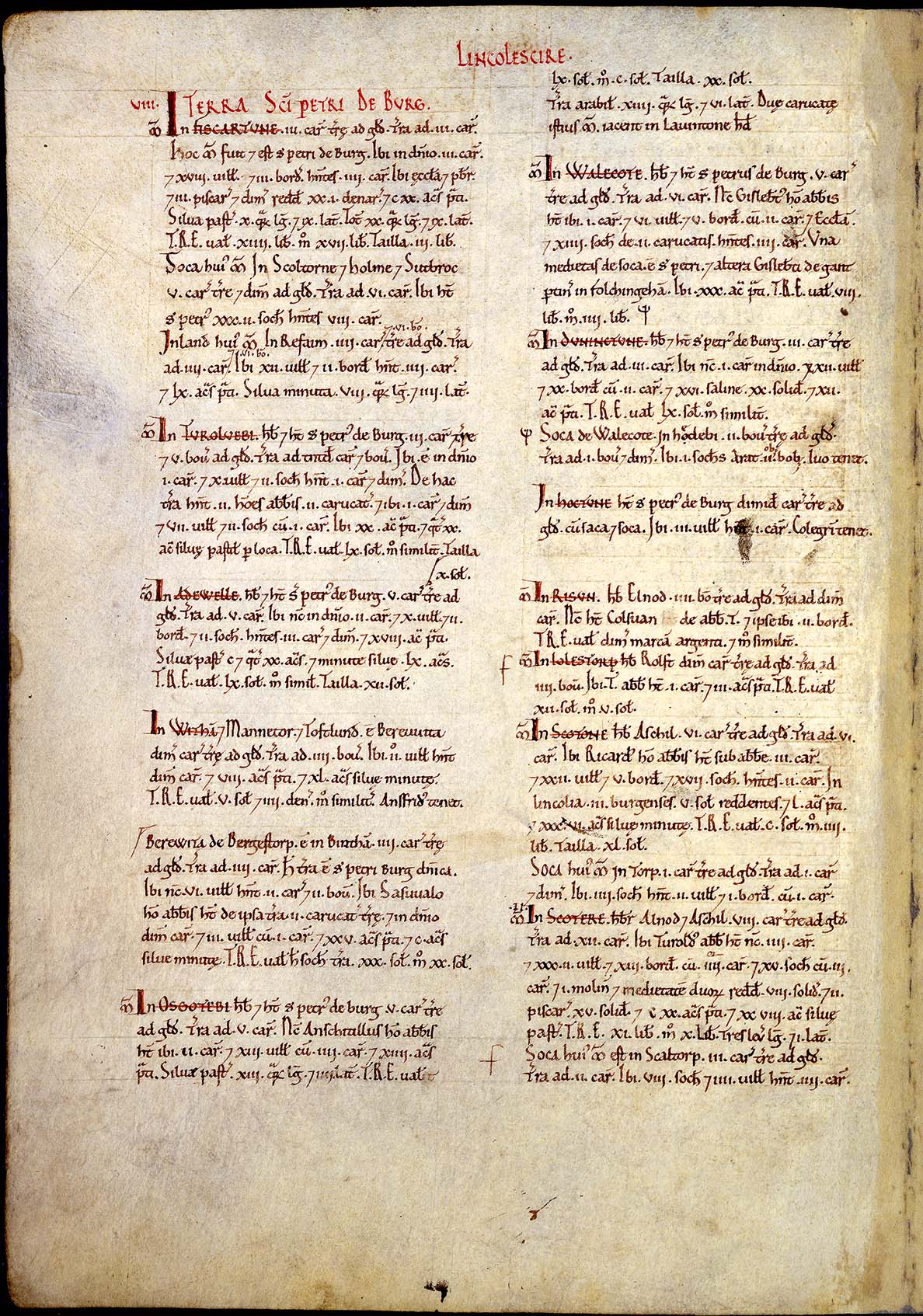 Two of the defining documents of early medieval England, The Domesday Book and Magna Carta, are rarely seen together, but they join each other now at Lincoln Castle to mark the 1217 Battle of Lincoln

In the bloody catalogue of battles fought on home soil, the Battle of Lincoln is perhaps not one that immediately springs to mind as a famous English clash of arms.

But when King John died in 1216 at Newark Castle, leaving his nine-year-old son Henry as King, a train of events ensued that lead to one of the most decisive and important battles in English history.

Grasping the opportunity to depose the boy king, English rebel barons joined with France to seize the English throne, beginning with London and much of eastern England.

William Marshall, Earl of Pembroke – described by some as the “greatest knight that ever lived” – led the royalist forces against the French, ending in a decisive Battle in Lincoln on May 20 1217.

The bloody battle ended with the defeat of the French-led forces and the capture and death of the rebel barons. Prince Louis of France was forced to abandon his claim to the English throne and retreat to France assuring the reign of Henry III. For its part Lincoln was deemed to be somehow culpable in the French led uprising and was duly sacked and pillaged by the royalist forces in an event that has become euphemistically known as the Lincoln Fair.

But unlike many historic battlefields, which are often quite literally fields, all the elements of the Battle of Lincoln still survive amidst the city’s medieval streets and buildings. Eight hundred years later it’s a story that can be visualised easily in a walk, but also every part of it can be seen from the restored wall walk at Lincoln Castle. 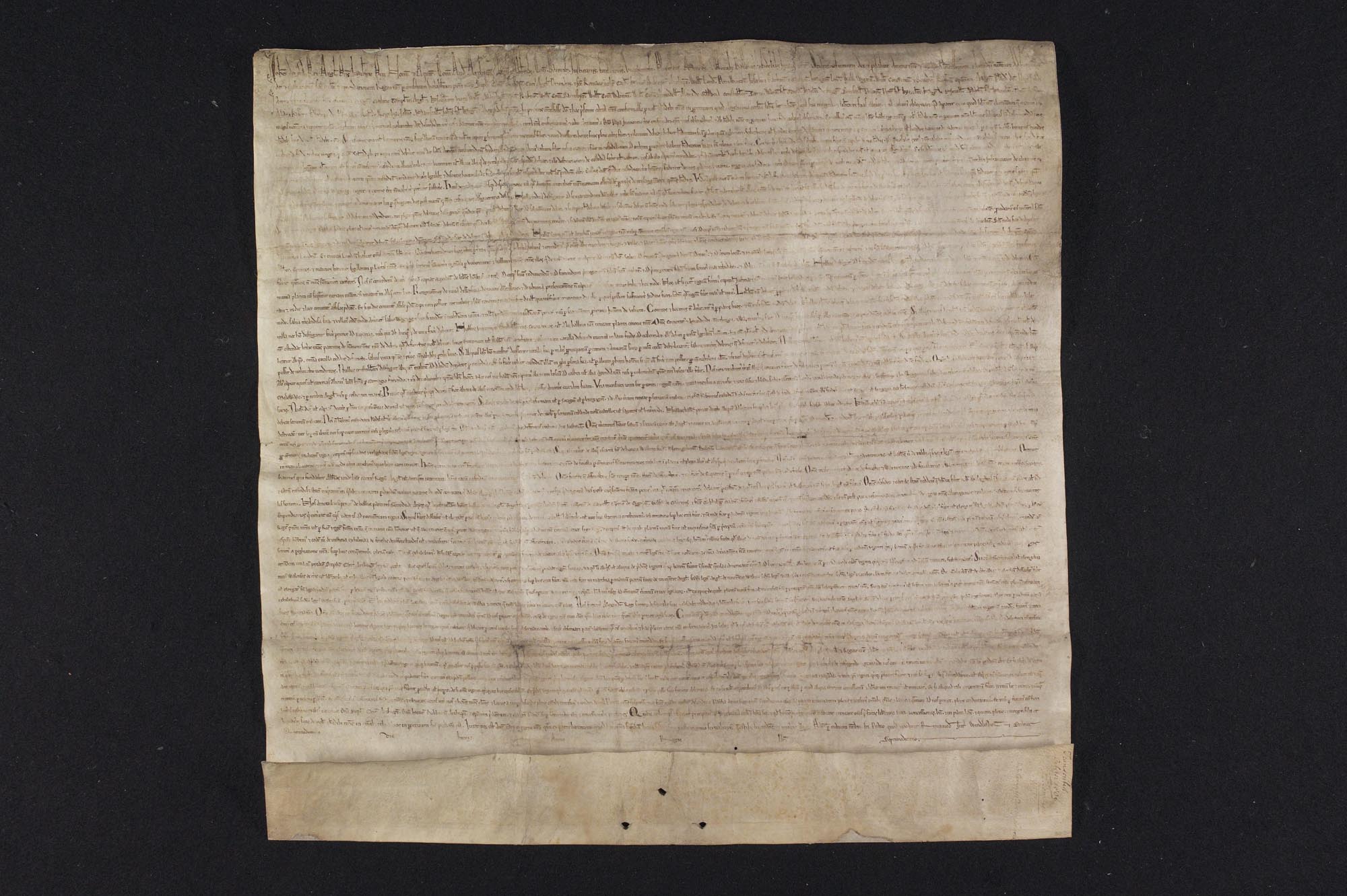 And it’s deep inside the castle where a trio of precious medieval manuscripts will help visitors step back in time to this violent period in England’s history as part of the battle’s 800th anniversary commemorations with an exhibition called Battles and Dynasties.

It’s the first time in almost 1,000 years that the Domesday Book, Britain’s earliest surviving public record, is going on display outside London, alongside two iconic medieval documents; the 1215 Magna Carta and 1217 Charter of the Forest.

A detailed inventory of land and landholdings throughout England produced in 1086 by order of King William the Conqueror, the Domesday Book is regarded as one of the country’s most important treasures.

Essentially an inventory of the Norman king’s lands and where power and property lay in the wake of the Norman conquest, it provides us with a vivid and detailed overview of the make-up of early medieval England and the machinations of the Norman kings and their nobility to control and exploit it.

It joins one of only four surviving 1215 Magna Carta in the world together with its follow-up document, the 1217 Charter of the Forest, both of which permanently reside at the Norman-built Lincoln Castle in the David P J Ross Magna Carta Vault. 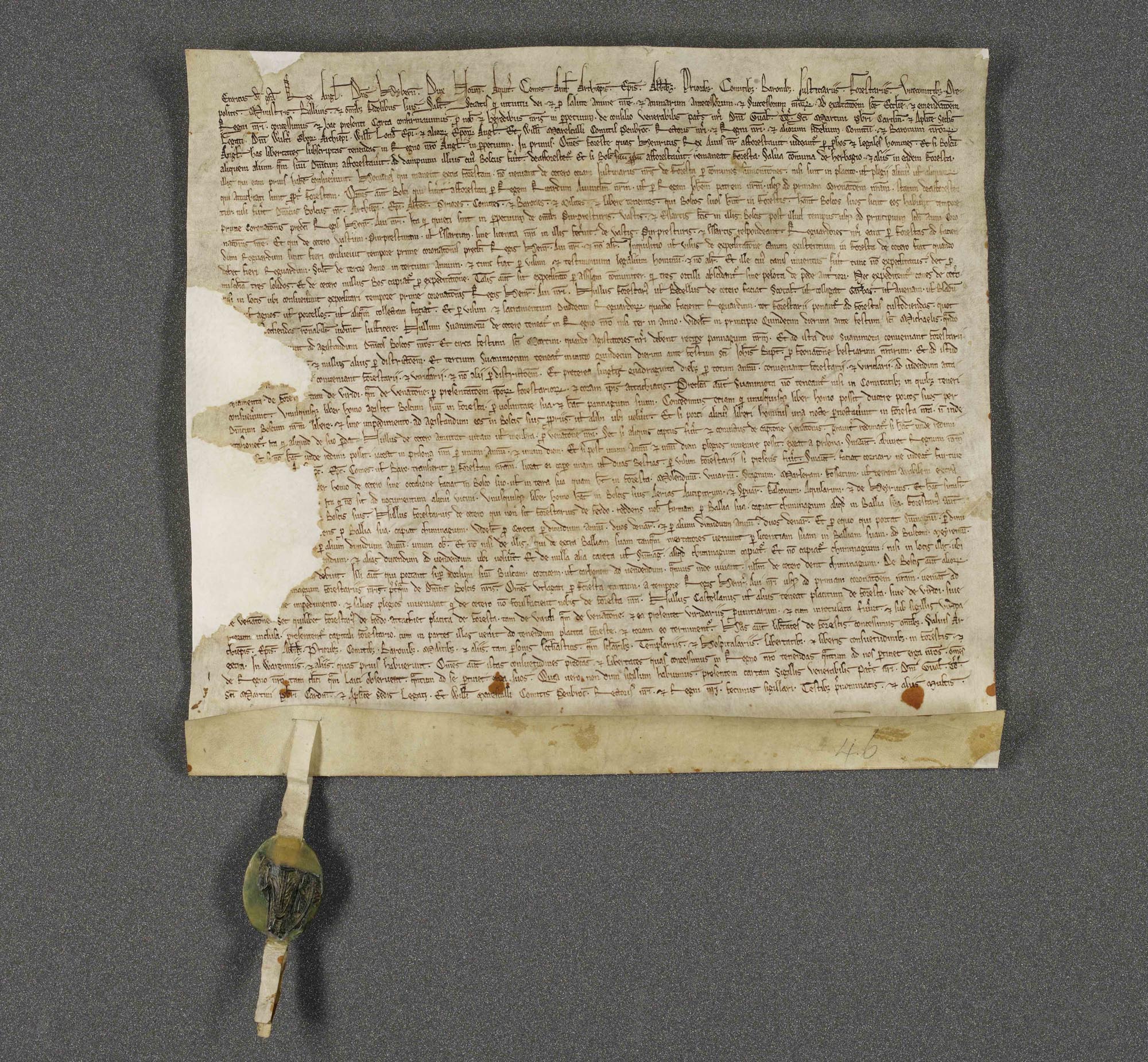 The Charter of the Forests.

Following on the heels of the more famous Magna Carta, which was didn’t pass into statute law until 1297, the 1217 Charter re-established the rights of Englishmen to use the landscape for foraging, firewood and farming.

Signed by the young Henry III under the guidance of William Marshall it effectively rolled back the encroachments brought in by Kings William, John and Richard and was in many ways a more effective document in securing the rights of ordinary men against the abuses of the aristocracy.

The exhibition of artefacts continues at The Collection where near contemporary illustrations of the Battle of Lincoln from the 13th century chronicle written by the Benedictine monk and chronicler Matthew Paris are displayed alongside the manuscript of the life of William Marshall, Marshall’s seal and that of Nicholaa de la Haye, Constable of the Castle.

De la Haye was in charge of the castle throughout the reign of King John and although by 1217 she was in her 60s, she directed the defence of Lincoln Castle against the Barons in the reign of his young heir. The French laid siege to the castle for months before the arrival of Marshall, but de lay Haye was a redoubtable woman and she has since been described as “the woman who saved England”.

Taking up the story of Royal lineage beyond the defeat of the Barons, a series of prestigious national exhibits trace British history from 1066 to the present day, with objects ranging from the prayer book that Richard III took to Bosworth Field to the Letter of Abdication of Edward VIII.

Visitors will also see artefacts and artworks including Queen Victoria’s throne and a series of royal portraits, loaned by Her Majesty The Queen from the Royal Collection, including Van Dyck’s great triple portrait of Charles I and Hans Holbein’s drawings of Anne Boleyn. 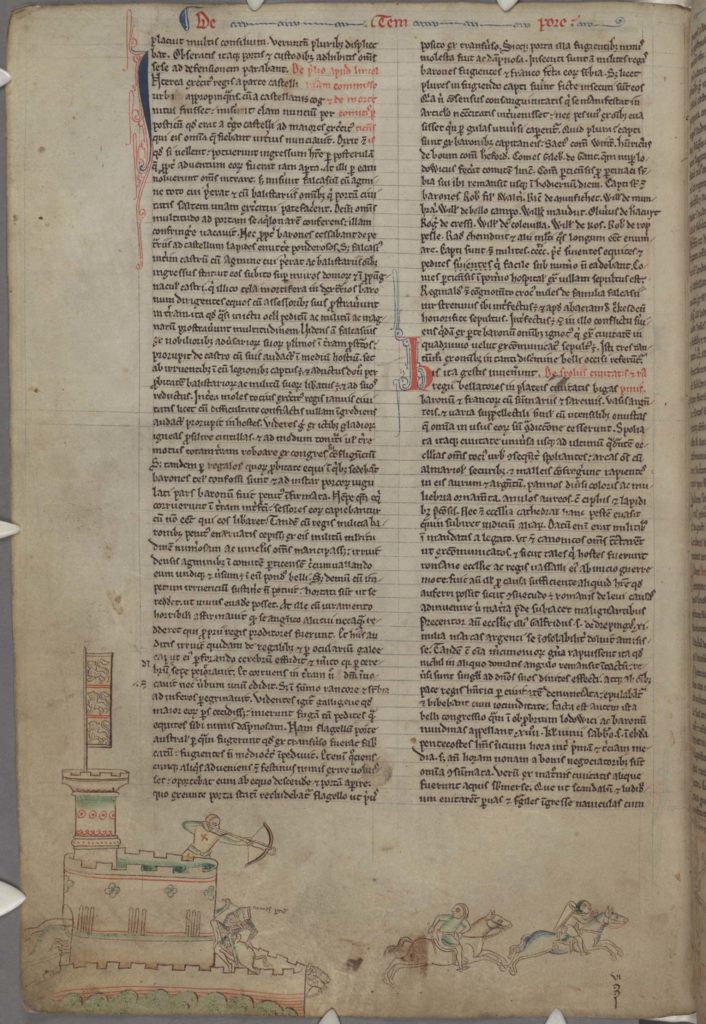 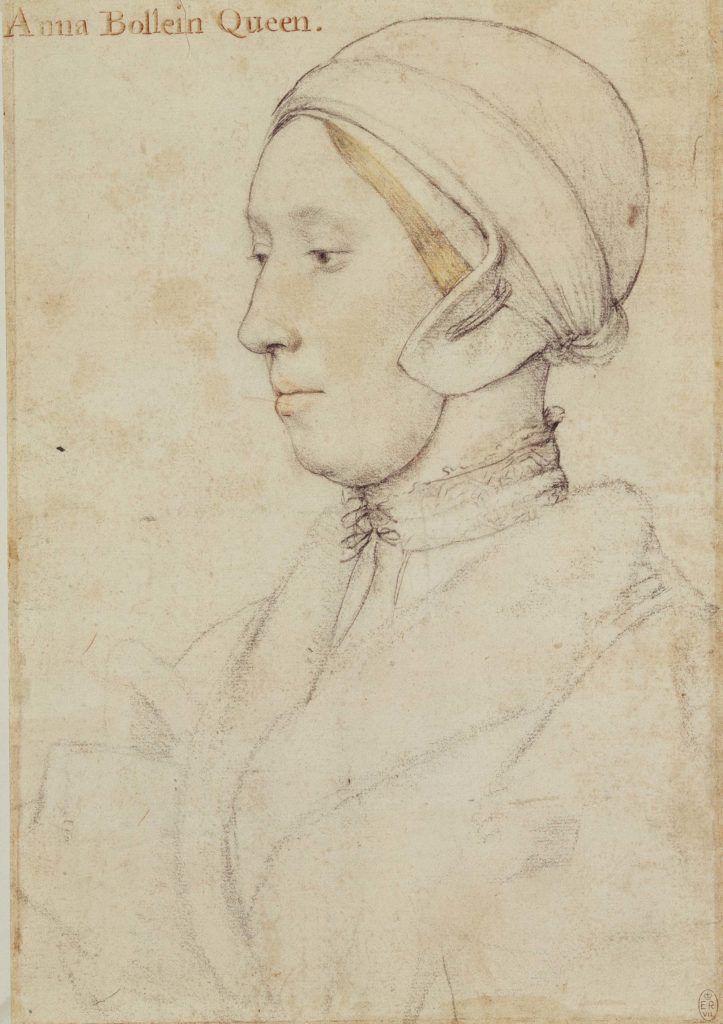 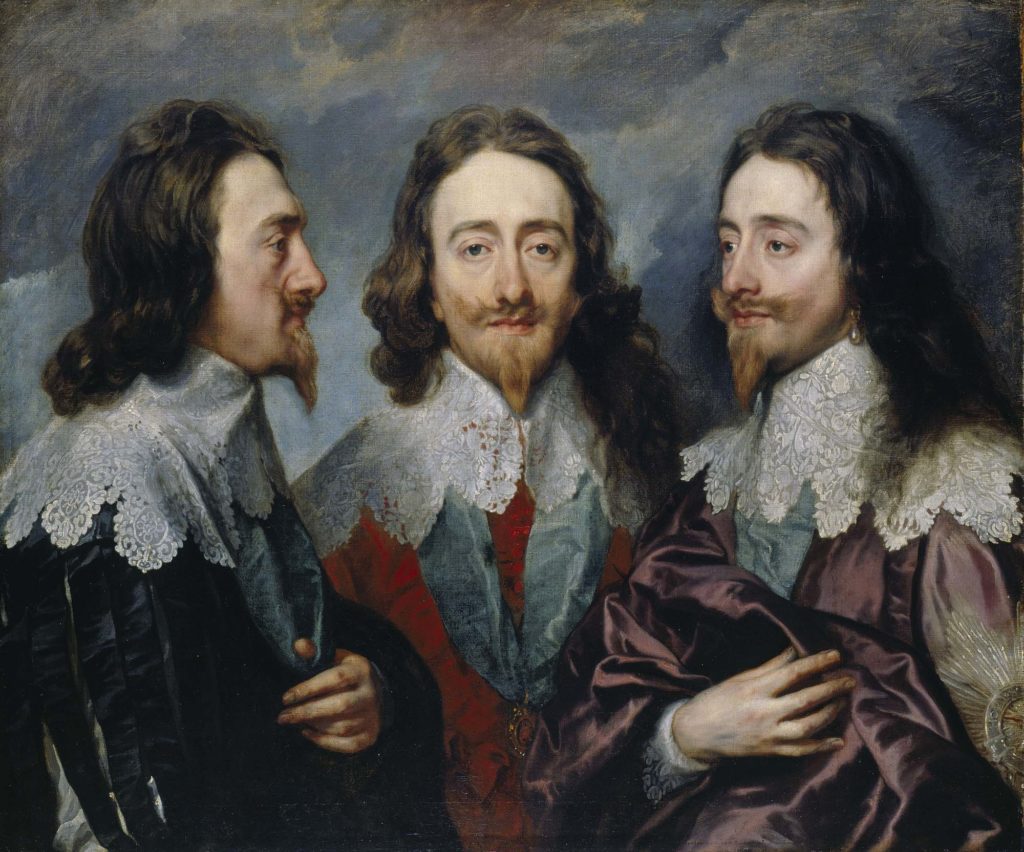 Battle and Dynasties runs at Lincoln Castle and The Collection May 28 – September 4.

Events in Lincoln marking the 800th anniversary of the Battle of Lincoln include a new Knight’s Trail of 35 knight-on-horseback sculptures through the city (May 20 – September 3), while Lincoln Castle returns to the 13th Century on Saturday 27 – Monday May 29 for the Battle of Lincoln Fair 1217 re-enactement.

By Norman times, Lincoln was the third city of the realm in prosperity and importance. In 1068, two years after the Battle of Hastings, William the Conqueror began building Lincoln Castle on a site occupied since Roman times. For 900 years the castle was used as a court and prison…

The Collection is Lincolnshire's archaeology museum and the Usher Gallery. We are operated by Lincolnshire County Council in partnership with the City of Lincoln Council, Arts Council England, The British Museum and the Art Fund. We are supported by the Friends of Lincoln Museums and Art Gallery, the Usher Trust…