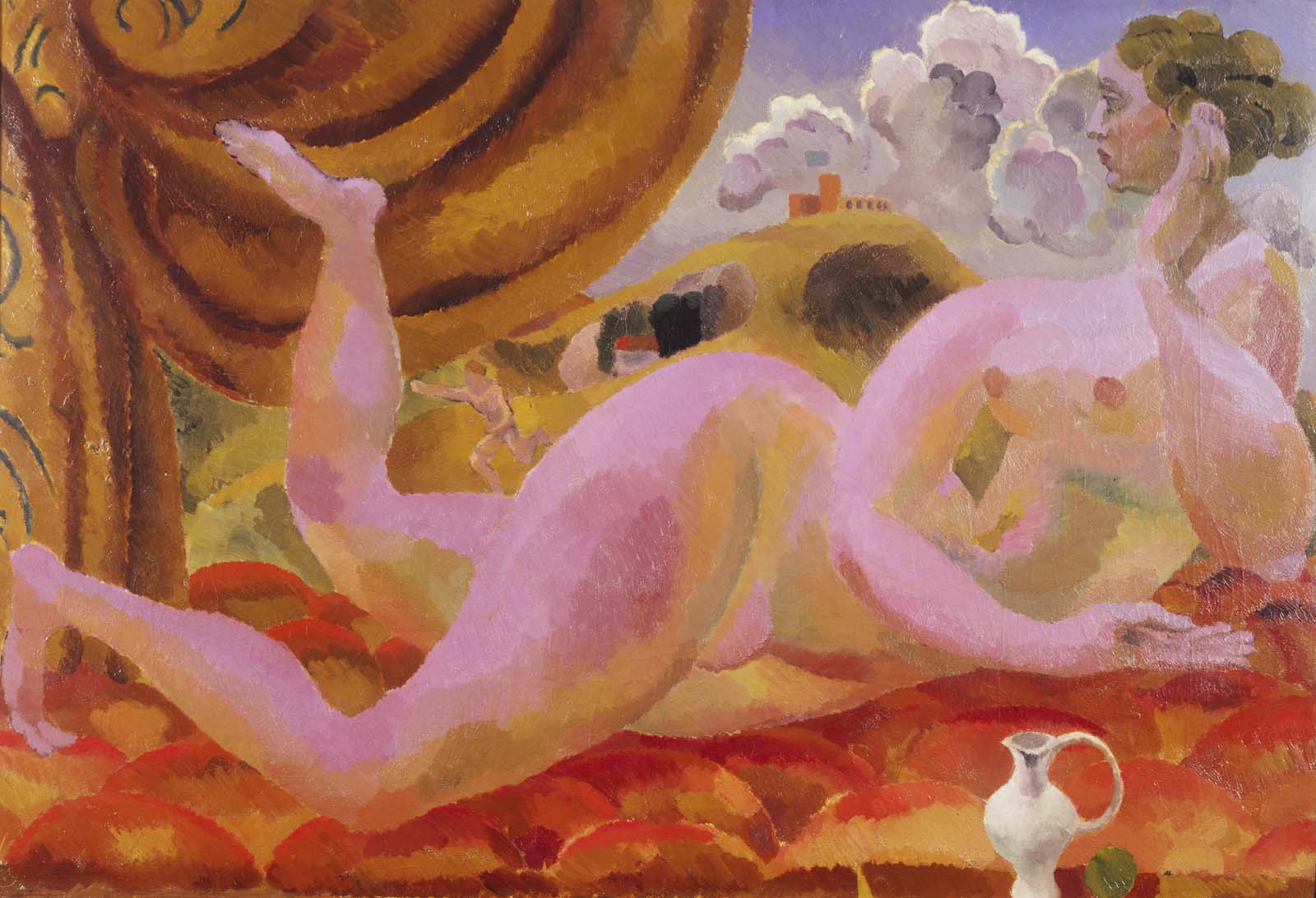 Duncan Grant’s first solo show – at the Paterson-Carfax Gallery in Old Bond Street, London in 1920 – was a pivotal exhibition, even though by 1920 the young Bloomsbury artist had already gained a reputation as one of the rising stars of the avant-garde art scene in Britain.

Since 1911 he had been dismaying and exciting public and critics alike with his experiments in abstraction and modernism, seen in paintings, murals, and for designs at Roger Fry’s Omega Workshops.

Fry was a critic who together with Clive Bell had been instrumental in organising two shows at the Grafton Galleries in 1911 and 1912 that introduced the new French art – termed Post Impressionism – to the British public.

So by February 1920, with an exhibition of a new body of work created over the previous four years at Charleston in Sussex, Grant was able to show how he had assimilated at least some of the new ideas pouring into Britain from the continent, and his first solo show drew immediate plaudits from some critics.

Clive Bell wrote obligingly: “At last we have in England a painter whom Europe may have to take seriously.” 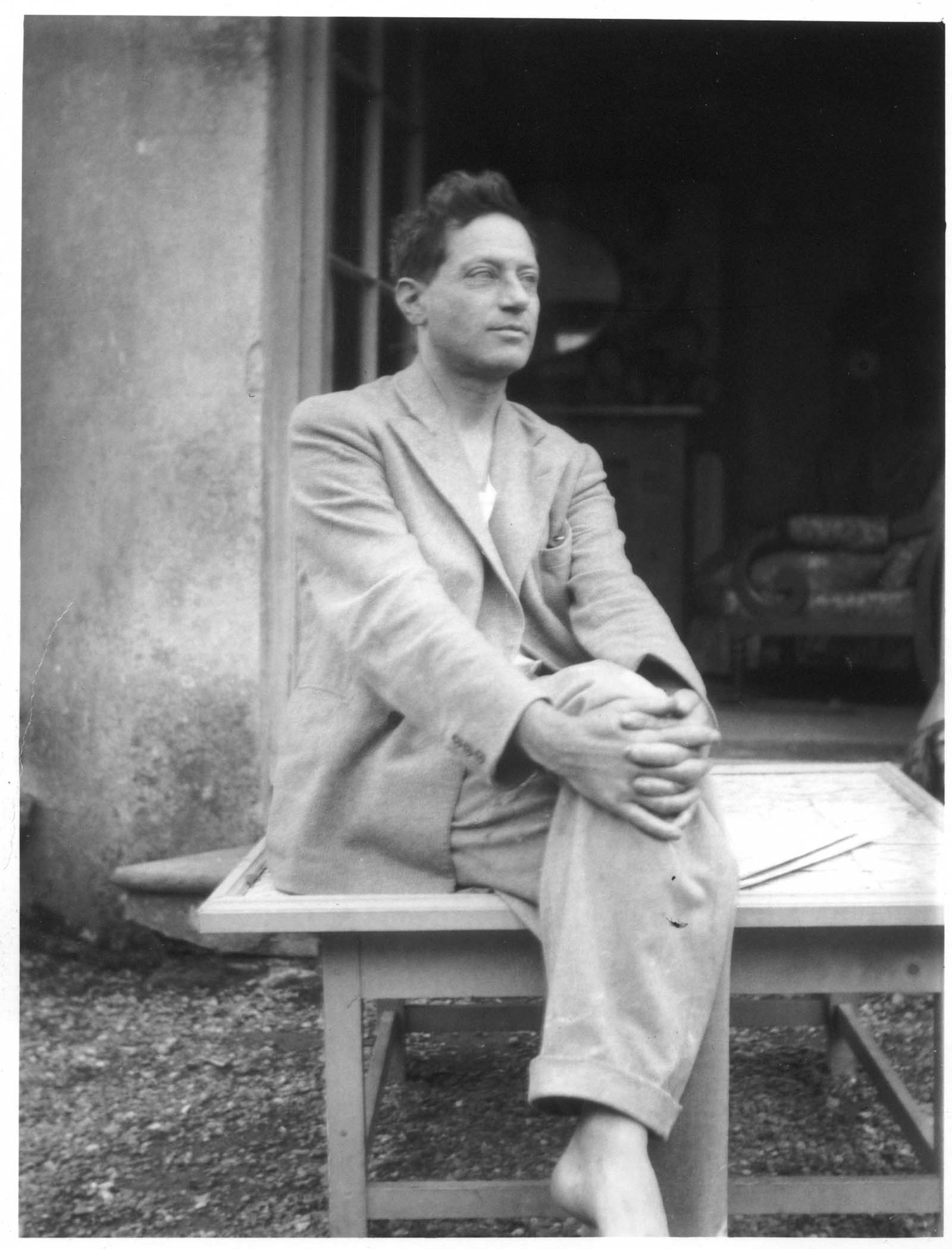 There were some dissenting voices, and even Roger Fry, was more guarded. Writing in the New Statesman he praised the “transparent sincerity and simplicity” of the paintings but argued that Grant needed “to amplify, solidify, and deepen the expression of his vision.”

The critic of the Daily Telegraph, Sir Claude Phillips, reflected the persistent conservatism in British art circles at the time by accusing Grant of misusing his talent, saying that the artist had “challenged the unhappy citizen to face a show of the most defiant modernity.”

But these reviews didn’t stop the exhibition becoming a great success. Indeed, they have fuelled it, and with 24 of the paintings sold, the show is now regarded as an indicator of the British public’s growing appetite for modernism in early 1920s Britain.

Now many of these paintings have returned to their origin in the Sussex countryside for a recreation of this germinal solo exhibition to remind us of how an artist found his his voice amidst an art world that was changing every year.

“In 1920 Duncan Grant was at the top of his game,” says Dr Darren Clarke, Head of Collections, Research and Exhibitions at Charleston. “After 10 years of experimentation, he had developed his distinctive style that can be seen emerging across the paintings in this show.”

Clarke has tracked down artworks from across the country, including some held in private collections, with loans coming in from Tate, King’s College Cambridge, National Museum Wales and Ulster Museum in Belfast. Where works are now lost on unidentifiable, alternative works of the same date and theme have been sourced to ensure the recreation is as accurate as possible.

Over 30 paintings, some of which have not been seen for decades or in public before, include landscapes, still-lives and portraits as well as some of the artist’s most recognisable works, such as Venus and Adonis (1919), Juggler and Tight Rope Walker (1918-9), and Room with a View (1919).

“There is a palpable sense of freedom and energy in these beautiful light-filled, life-affirming canvases, a visual freedom after the restrictions of war,” adds Clarke. “These works were made at Charleston and present a secret life that the viewers in 1920 would have had no idea about.”

They could be read as a record of Grant’s early life at the Sussex farmhouse, where he and his boyfriend, the writer David Garnett, lived as farm labourers to support their conscientious objection to the First World War.

The pair moved to the Charleston in 1916 with the painter Vanessa Bell, forming a polyamorous household with Grant being lover to both Garnett and Bell, whose husband Clive Bell would visit at weekends.

The comings and goings of the Bloomsbury Group at Charleston, their ways of living and loving, are now fabled and famous, but Grant’s paintings from these early days also coincide with the gradual transformation of the building to an artist home, studio and canvas.

Yet the story of the people who lived amidst this bohemian idyll, always attends the art they produced, and on Christmas day in 1918 Bell and Grant had a child, Angelica. Grant’s Room with a View captures Bell enjoying the first spring of peace with her new-born, sitting in the walled garden at Charleston.

In the large painting Interior (1918), Grant’s two lovers – Bell and Garnett – can be seen on either side of the canvas. Painted from Grant’s perspective as the unseen observer, this quiet scene of creative industry hides a tangled story of love and jealousies played out at Charleston. Garnett would go on to marry Angelica in 1942.

Probably the most well-known work is Venus and Adonis. It was bought by Sir Michael Sadler, the Vice-Chancellor of the University of Leeds where it was seen by art student Henry Moore, influencing his own creative aesthetic.

But as curator Clarke points out, these paintings have attained a status and meaning that is suffused with their origin. “We can now appreciate these works not just as excellent paintings,” he says, “but as a document of this brave and experimental world that the artists at Charleston were creating.”

‘It is not so much a house as a phenomenon’ Quentin Bell once said of Charleston. It was in 1916 that the phenomenon came into being, as Duncan Grant, Vanessa Bell and David Garnett made the move from Suffolk to Charleston, where Clive Bell and Maynard Keynes were also to…