England is peppered with beautiful, historical places, spanning hundreds of years of life and death. When silence falls on these once busy, bustling homes and fortresses it is easy to feel as though you’re not alone, and eight authors have drawn on this phenomenon for a new English Heritage book of ghost stories. Here we explore the historic places that inspired their chilling tales 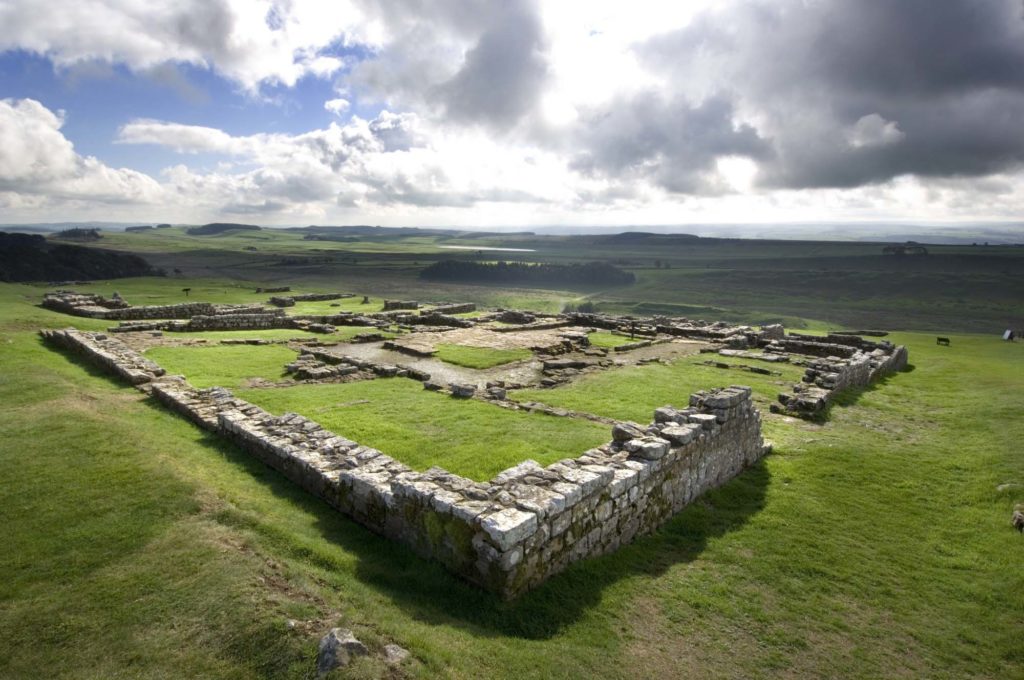 Housesteads Roman Fort, one of the most intact Roman Forts in Europe, is so complete that the stories of its past are almost tangible. Situated in a rugged Northumberland landscape, a place of haunting and dramatic views, the ghost of the formerly busy and bustling fortification welcomed the author of Meeting the English, and the much-acclaimed memoir, Antigona and Me.

Kate Clanchy’s story The Wall is a tale of teenage angst, loneliness and loss, and a reminder that the places we share with our loved ones, and the memories we make there become important pieces of the fabric of our relationships. 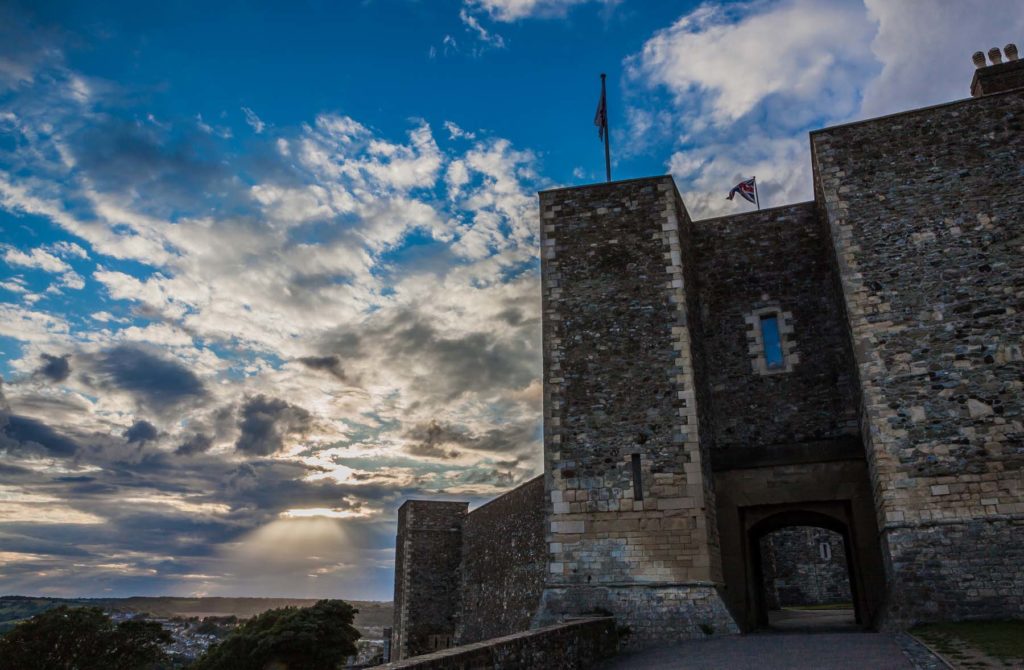 Stuart Evers, author of the highly acclaimed novel, If This is Home, headed to Dover Castle where labyrinthine tunnels are said to be riddled with ghosts and strange happenings – from stretchers that mysterious move of their own accord and sudden temperature drops to weird whisperings and even a headless drummer boy who roams the battlements. 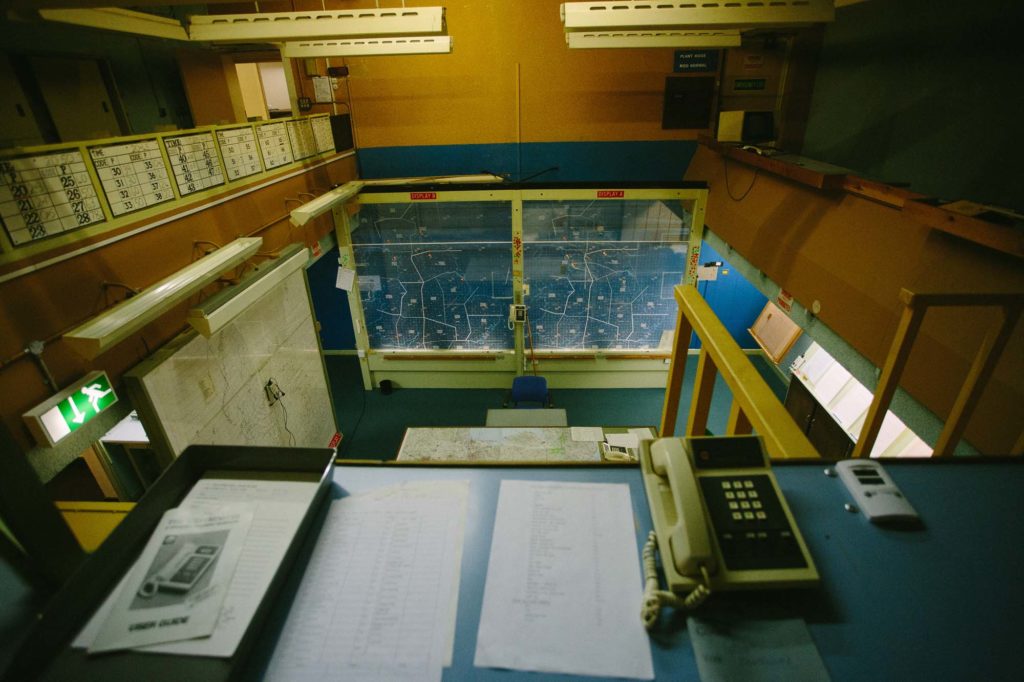 For authors in search of post-apocalyptic inspiration there can be no better place to get the creative juices flowing than York’s Cold War Bunker. The semi-subterranean bunker was one of around 30 constructed to monitor nuclear explosions and the deadly fallout they created across the country in the event of nuclear war. For 30 years the site housed the headquarters of the Royal Observer Corp’s No. 20 group, and now the site is open to the public to discover the provisions made in case the unthinkable were to happen.

Mark Haddon’s The Bunker draws on the author’s visit to this chilling reminder of Cold War terror – he admits it was a genuinely disturbing place. 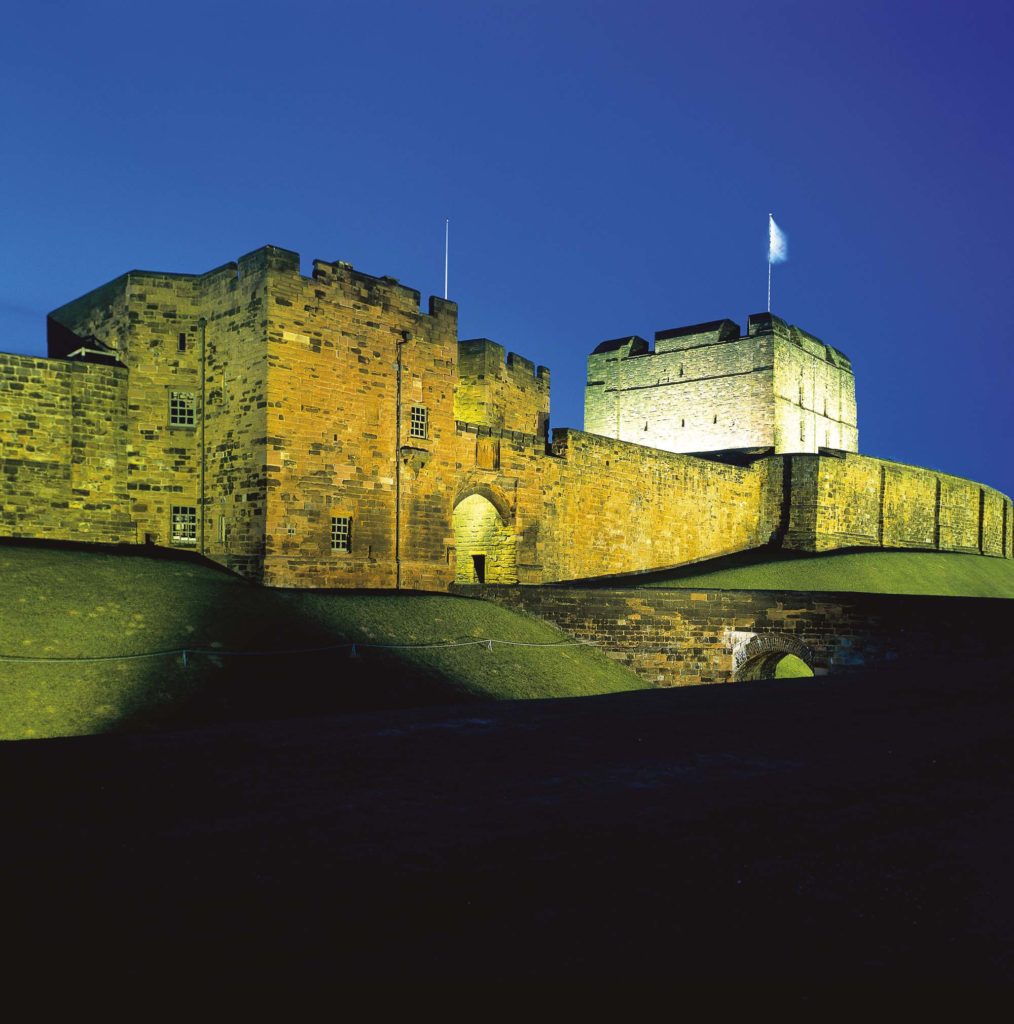 The author of The Lonely has penned a more classical ghost story bringing an unforgettably shocking slant to the history of Carlisle Castle, a place which boasts one of English Heritage’s most notorious ghosts, the Scottish phantom lady, who is said to have spooked a nineteenth century soldiers so badly he died of fright.

Andrew Michael Hurley’s Mr Lanyard’s Last Case is a Jacobean-era tale of the haunting of a lawyer, drawing on the castle’s famous use as a prison during the Jacobite rising. 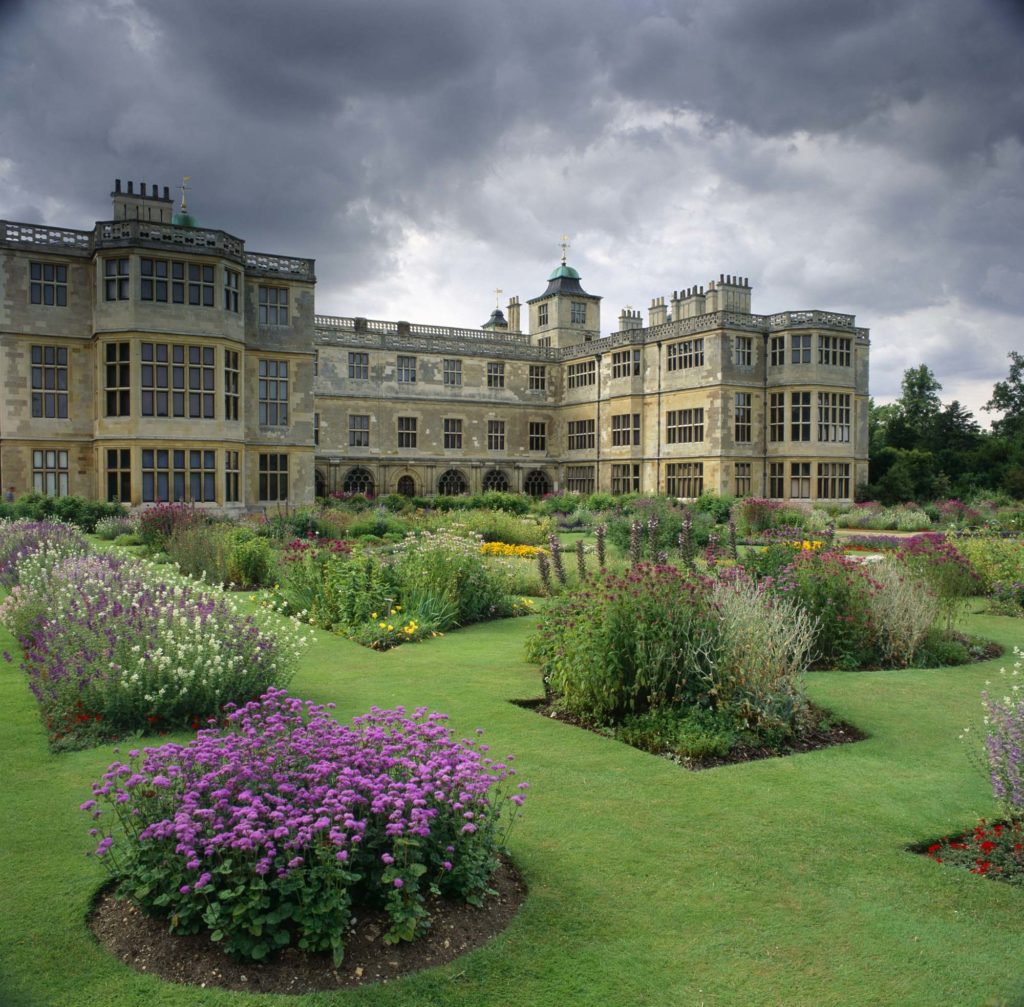 Sarah Perry, the author of historical fiction bestseller The Essex Serpent, returns to the county with an intense tale of possession at the Jacobean mansion, Audley End House. The House built on site of the 12th century Benedictine Walden Abbey is an evocative place where tales of ghosts abound – among them the classic phantom horse drawn coach, which is said to begin its ethereal journey from the House’s Lion Gate.

Sarah Perry’s They Flee From Me That Sometime Did Me Seek follows a conservator, hired to restore a cursed object, drawing on the eerie feeling we often get in the quiet grandeur of these empty historical places. 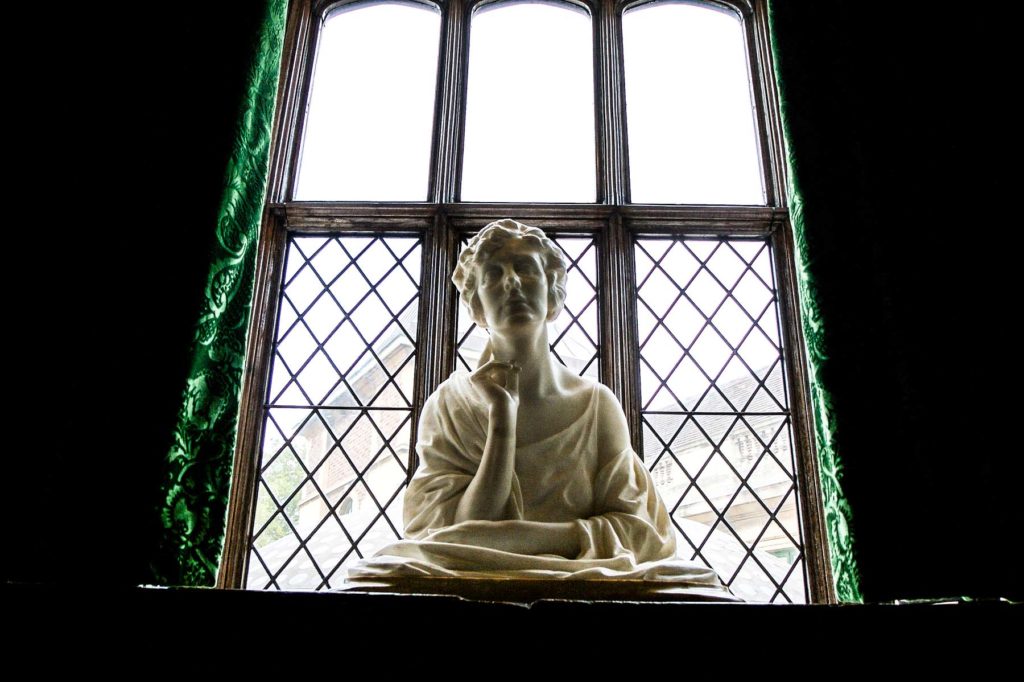 Max Porter the author of Grief is the Thing with Feathers headed to Eltham Palace in Greenwich, for inspiration for his ghostly tale. Among its ghostly presences, the site is said to be haunted by a former deceased member of staff who once came back from the dead to give a guided tour to visitors when the site was otherwise empty.

Max Porter’s short story Mrs Charbury at Eltham uses the lavish backdrop of the palace to explore how our past actions can be the very ghosts that haunt us. 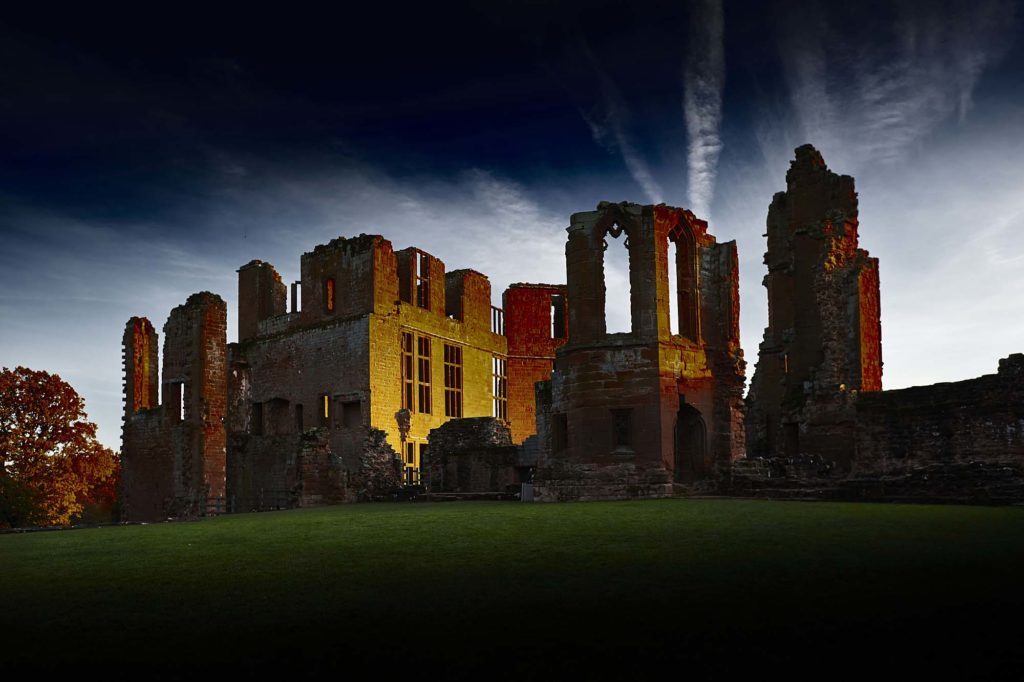 Kamila Shamsie, author of the acclaimed Burnt Shadows, relished the spooky interiors of this spectacular Warwickshire medieval ruin – a place that once played host to Elizabeth I and where today tales of whispered voices from behind locked doors and weird presences abound. Among the reported strange phenomena are a strange smell of burning, a ghost boy and man wandering about the place at night wearing clothes from another century.

Kamila Shamsie’s tale Foreboding is a story of personal tragedy, playing with the idea that some incredible places can challenge even the firmest sceptic. 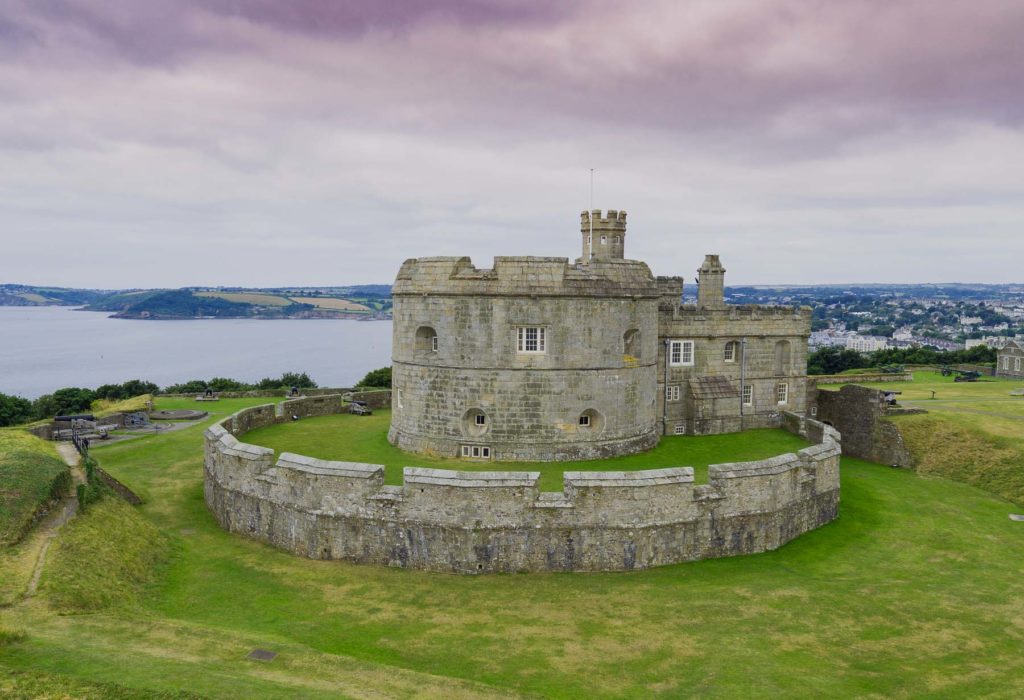 Jeanette Winterson headed to Pendennis Castle near Falmouth in Cornwall where the screams of a kitchen maid who fell to her death and strange footsteps on a staircase that leads to nowhere are among the spectral phenomena experienced by visitors to the Tudor fortress. Plenty of material for the best-selling author of Oranges are Not the Only Fruit to craft a supernatural tale of love and loss.

Jeanette Winterson’s As Strong as Death is the story of a couple in love, whose wedding at the fine coastal fortress once belonging to Henry VIII is host to guests from both sides of life. 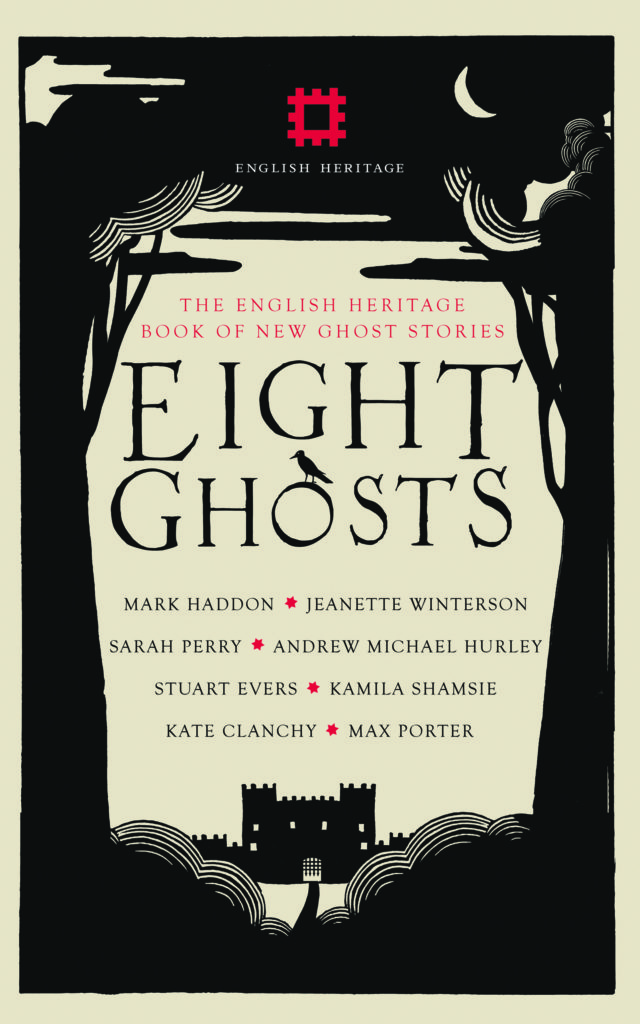 Eight Ghosts will also include an essay on the tradition of the English ghost story by Andrew Martin and a gazetteer of English Heritage sites with ghostly associations and sightings, including the stunning Kenwood House – whose violent slamming door is said to be the work of the ghost of a Lord Mansfield’s great-niece, and 17th century Tilbury Fort – whose paranormal stories include a mumbling chaplain and an army of marching Redcoats.

Find out more and buy the book at www.english-heritage.org.uk/halloween/eight-ghosts/