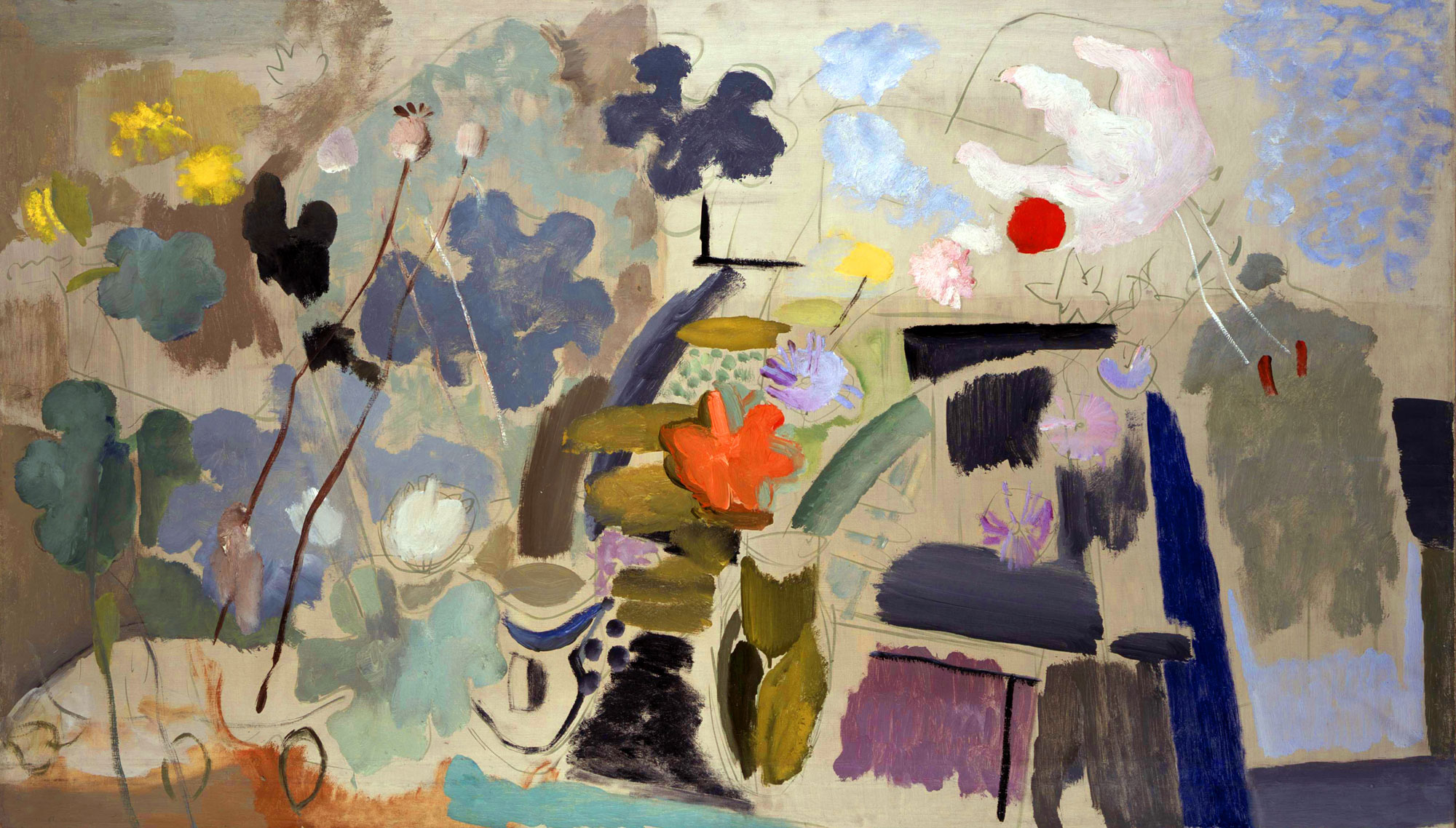 The English painter Ivon Hitchens once said of his own work that he sought to recreate the truth of nature by making his own song about it in a visual form. In his own eye, the semi-abstract landscape paintings that came to define his career were concertos realised on canvas.

Hitchens (1893-1979) was considered a key figure in London’s art community during much of the 1920s and 30s. Having studied at the Royal Academy, he became a founding member of the Seven and Five Society, and is noted as being the only artist within the collective to show work at every one of the exhibitions put on by the group during its fifteen-year tenure.

However, it was Hitchens’ decision to flee to the Sussex woodland with his wife Mollie and son John, after his studio was bombed during the early stages of the Second World War, which would prove to be the pivotal moment in his career.

Living out of a caravan located on a sprawling six acre patch of land near Petworth, Hitchens proceeded to work with Mollie to cultivate a courtyard garden teeming with beauty and blossom. 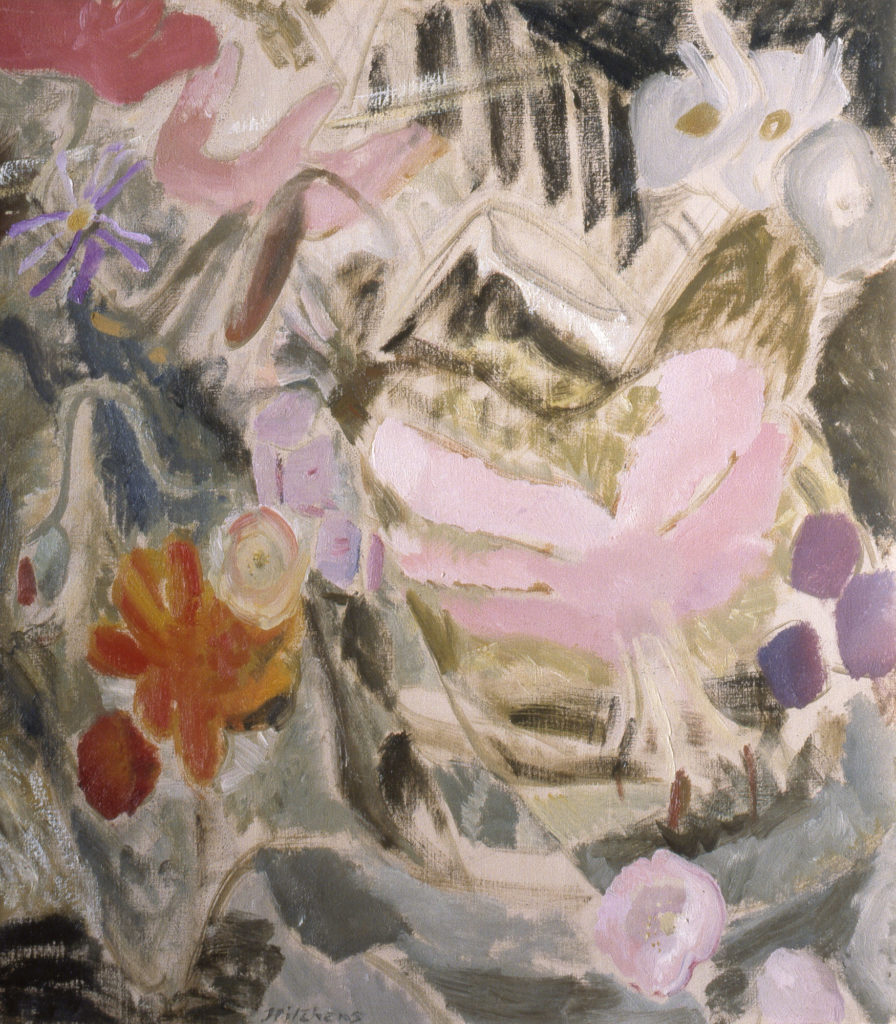 From the sandy soil of haphazard flowerbeds grew sunflowers, poppies and dahlias. Ponds were dug to capture the changing light. And beyond that, the woods bore a vast, semi-wild wilderness of rhododendron, silver birch and bracken.

The gradual development of this new home, which they affectionately named Greenleaves, would be a lifelong passion project for Ivon and Mollie.

Over time, Greenleaves evolved into a constant source of inspiration for Hitchens; the vibrant vistas and filtered sunlight peering through the silver birch providing him with an ever-changing subject that would influence his work for the next forty years.

These richly-coloured paintings, which were very much the fruits of Hitchens’ labours, are celebrated in a new exhibition at the Garden Museum in St Mary-at-Lambeth later this year.

The Painter in the Woods brings the bucolic wonder of Hitchens’ wild Sussex garden to life, uniting works from public collections such as the National Gallery of Scotland, Government Art Collection and the Whitworth Gallery, as well as private collections.

It is thought that Hitchens originally bought Greenleaves before the War to be a retreat from the bustle of London.

“To go and live in the landscape as opposed to living in London is like escaping to a paradise,” says exhibition curator Andrew Lambirth. “And one can’t help but think that is how Hitchens felt when he moved to Sussex; almost as if he had come home.”

Lambirth explains that having moved to Sussex, Hitchens rarely travelled away from the woodland. His paintings were incredibly structured, the artist creating a skeleton of the landscape from which he found differing viewpoints and drew various abstractions; characteristics that are seen prominently in a number of his panoramic paintings.

“You might think that [rarely leaving Greenleaves] would have closed Hitchens down as an artist,” says Lambirth. “But it didn’t, it gave him the most extraordinary freedom.

“You can see real movement in his paintings. And you’ve also got the progression of time going across the canvas, which are concepts he first started developing while he was in London.”

Lambirth describes Hitchens as an artist who was very interested in abstract painting, and who always related his abstraction to music.

“When you look at Hitchens’ landscapes, you’re also looking at rhythm and different divisions going through the image. That’s why he favoured working on long, thin canvases, because they could be split up into three or four sections that played out visually like movements in a symphony.”

Painting until close to the end of his life – his final painting was completed just three weeks before his death – Lambirth reflects on Hitchens as being an artist who had an incredible will and an extraordinary vision.

“The constant transition of natural light provided him with endless inspiration; subtle tonal divisions contrasting with white areas of the canvas that allow the eye to rest. They are works defined by an astonishing structural integrity.”

The result is a body of paintings that linger long in the mind.

Ivon Hitchens: The Painter in the Woods is at the Garden Museum May 8 – July 15. A programme of talks, workshops and garden visits to Sussex will accompany the exhibition.

The Garden Museum explores and celebrates British gardens and gardening through its collection, temporary exhibitions, events and garden. Visitors will also see a permanent display of paintings, tools, ephemera and historic artefacts: a glimpse into the uniquely British love affair with gardens. Whether you are an enthusiastic amateur gardener, more…