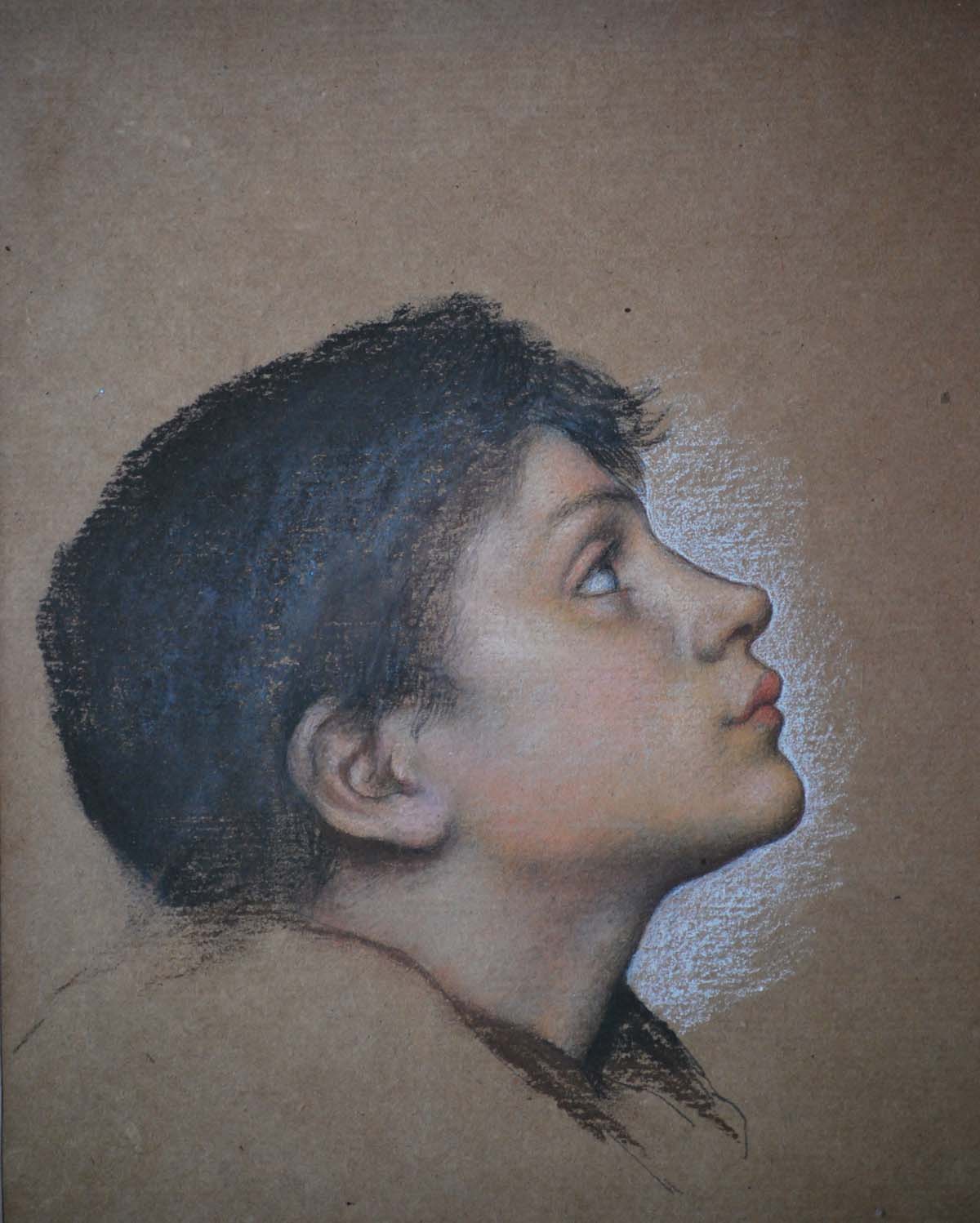 Study of a Boy for Our Lady of Peace (c.1907) by Evelyn De Morgan (C) De Morgan Collection, courtesy of the De Morgan Foundation.

Towards the end of the active life of Evelyn De Morgan the world was grappling with global crises: the Spanish Flu and the cataclysm of the First World War and De Morgan’s symbolic paintings found a new resonance, and for the artist herself, a newfound impetus.

Evelyn De Morgan (1855 – 1919) was an artist who always had hope and a strong belief that art should have a social purpose, and she painted purposefully until her death in 1919.

Having already lived through the Boer War, De Morgan knew the pain of loss and grief. She lost her husband the potter William De Morgan in 1917 while the First World War still raged and she was motivated to use the power of her brush to spread a pacifist message.

But as she had done through her highly symbolic paintings, which in many ways seem quintessentially Victorian, in the dark days of the early twentieth century she fashioned an artistic response to war using deliberate symbolism rather than realism. Her pacifist paintings were exhibited in her studio in 1916 to raise funds for British Red Cross and the Italian Crocce Rosa. 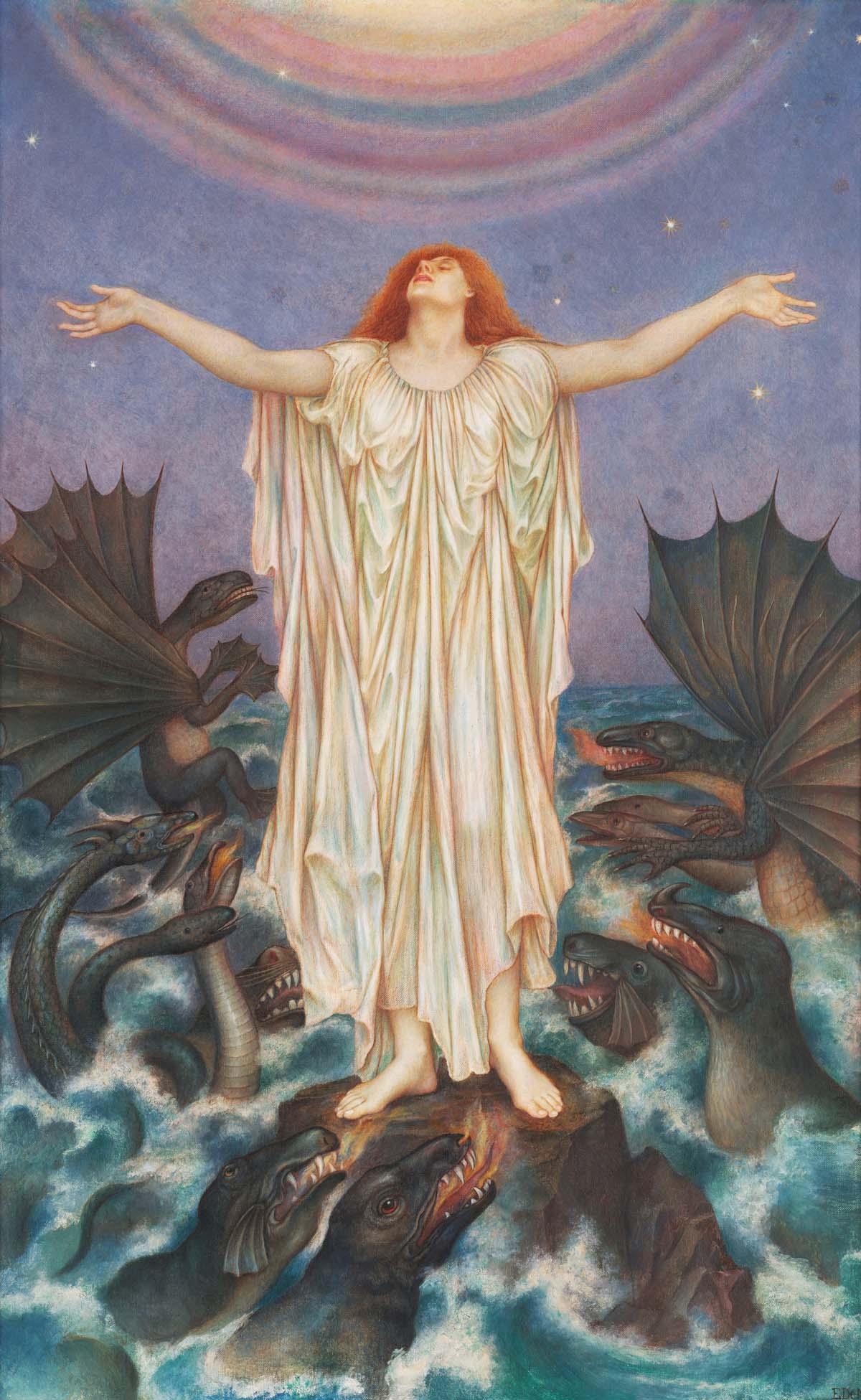 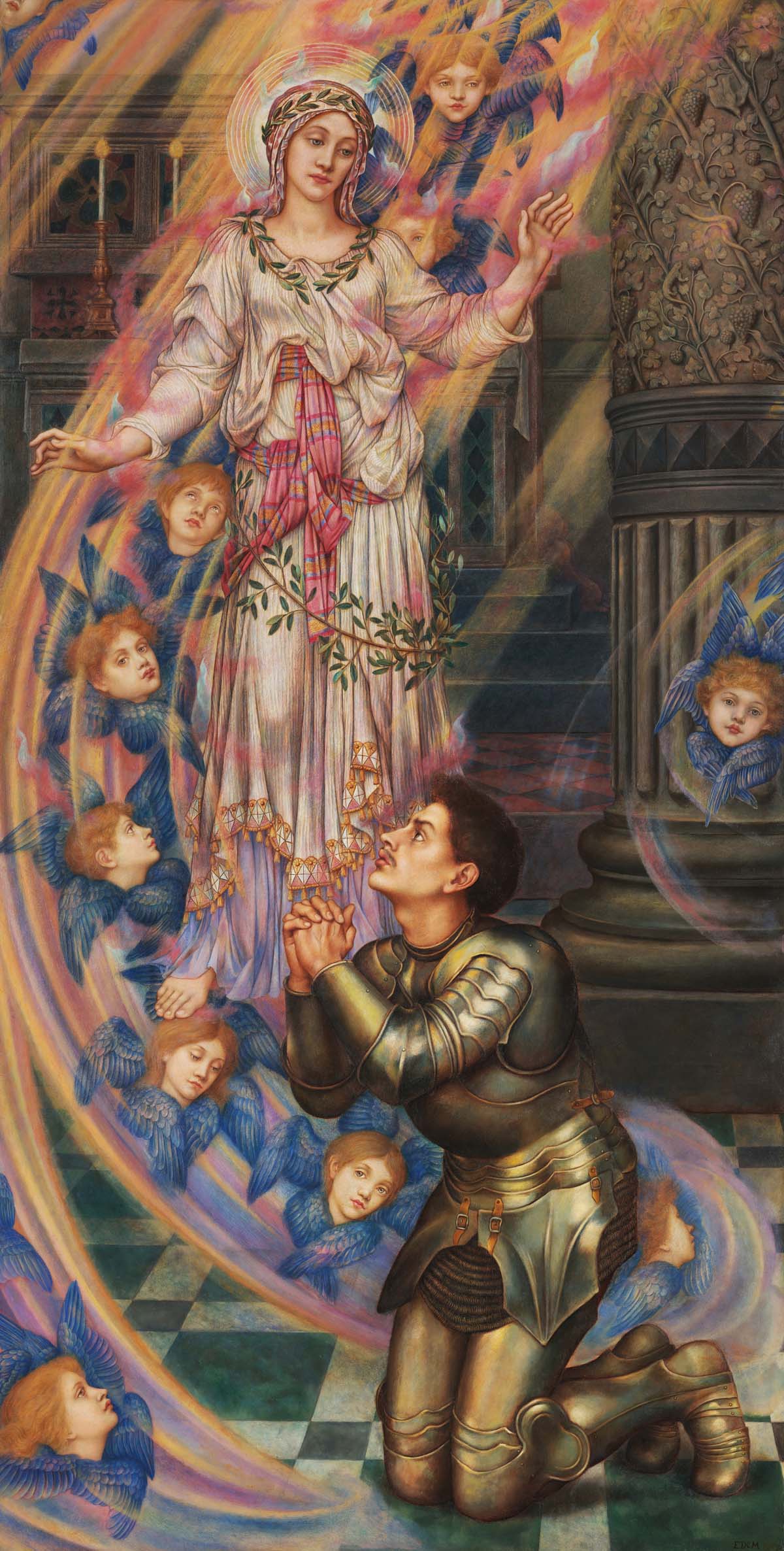 Pre-Raphaelite Artist of Hope displays some of these metaphoric paintings alongside contemporary stories from those who have lived through warfare, modern day refugees and from NHS staff who have served on the frontline during the pandemic.

Curated with the help of community partners including Blind Veterans UK, Child Action North West, local Syrian refugees and asylum seekers, and nurses from Royal Blackburn Hospital, the exhibition boldly pairs the swirling mists of De Morgan’s artworks with the voices of refugees, nurses and former soldiers from World War Two who experienced the trauma of war, displacement and pandemic.

The relationship with these traumatic experiences may seem remote at first, but look again and De Morgan’s paintings are filled with hopeful symbols we might recognise – rainbows, light, dawn – making them an unlikely mirror of the shared experience of navigating the pandemic.

Forty five works have been lent by the De Morgan Collection for the exhibition, including some stunning sketches, which bring her working process to life and allow a glimpse into how she made the paintings.

The paintings include De Morgan’s striking oil on canvas Night and Sleep – recently shown at the National Portrait Gallery’s blockbuster Pre-Raphaelite Sisters exhibition – and Our Lady of Peace which has undergone specialist conservation to be included in this show. 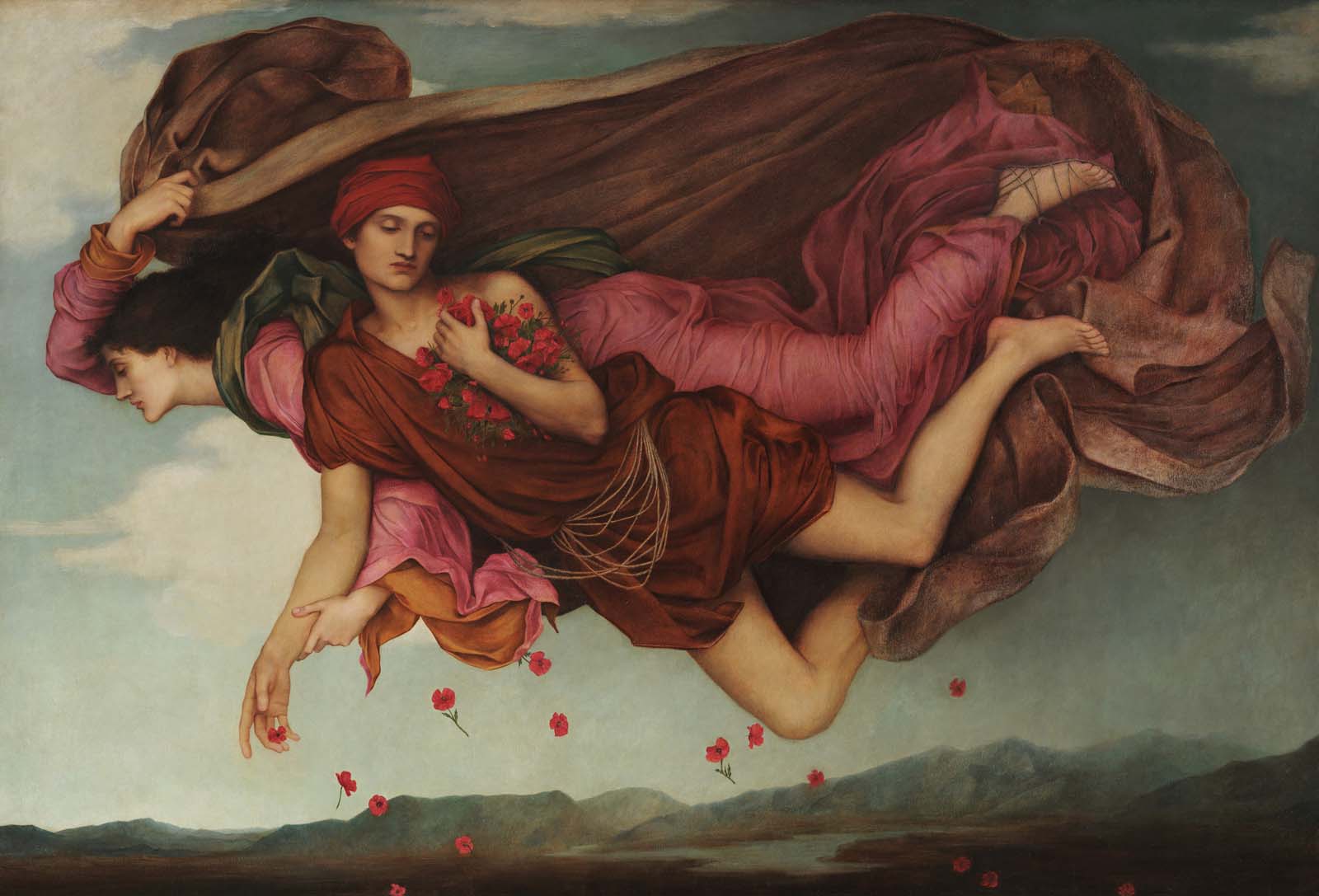 Towneley Hall’s own mysterious painting, Destiny by John William Waterhouse, is also on display as it was painted for the artist’s war fund, and a sketch for The Golden Stairs by Edward Burne-Jones is included to showcase De Morgan’s Pre-Raphaelite contemporaries.

Another famous late De Morgan painting is S.O.S, one a of the series of paintings which responded to the horror and futility of World War I in a particularly De Morgan-esque way. The painting takes its title from the then relatively new Morse Code cry for help, and depicts a familiar female figure, lost in an ocean surrounded by demons.

“S.O.S. is one painting in particular that resonates so profoundly with our collective experience of needing hope in the face of crisis,” says De Morgan Foundation curator Sarah Hardy.

“It depicts a woman in white robes reaching out towards a rainbow, while demons snap at her ankles. De Morgan used the demons to represent the First World War, but today we can see those demons as the pandemic, and the woman as all of us reaching towards the rainbow.” 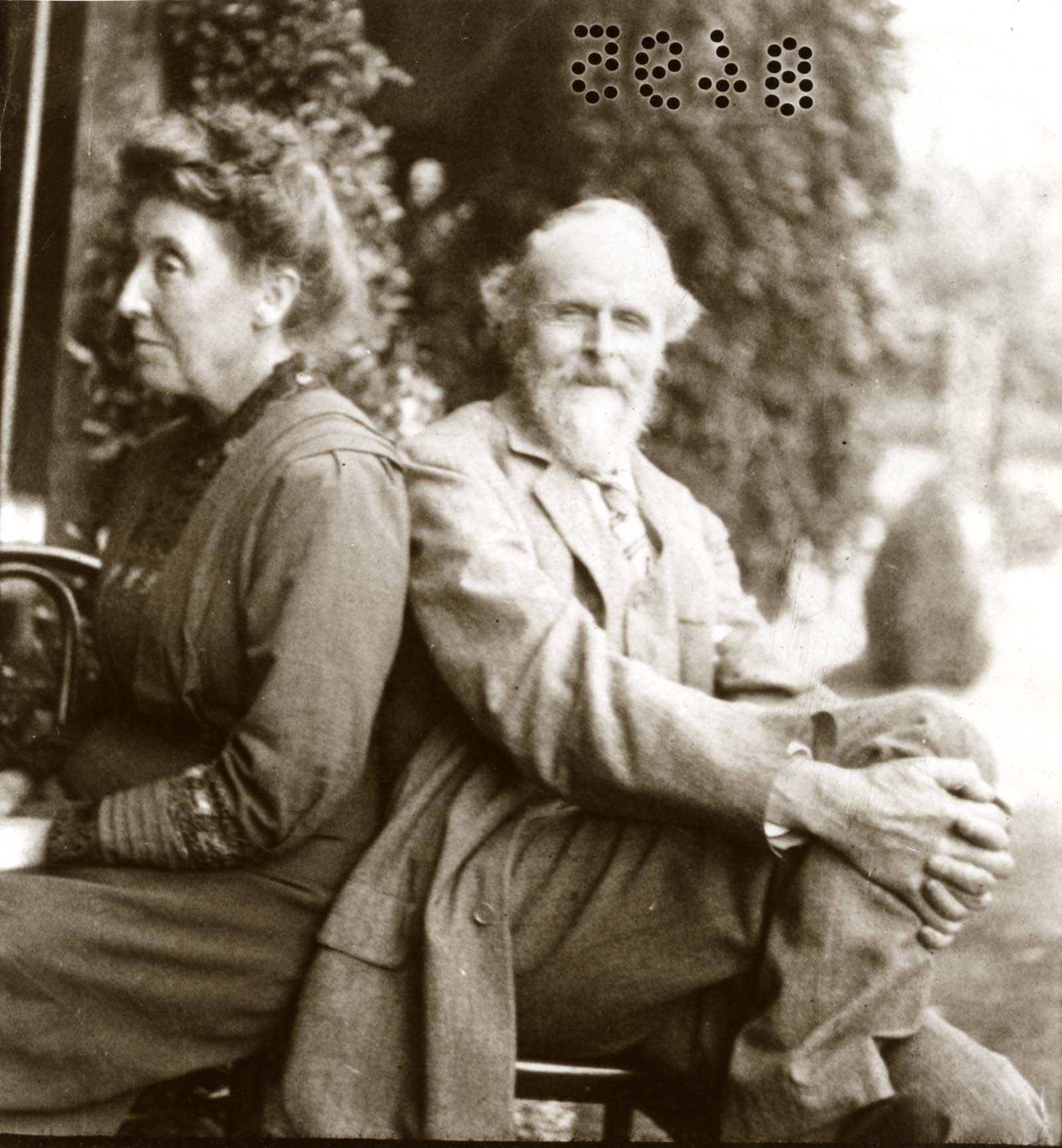 The latter includes a large collection of paintings, focusing on romantic Victorian and pre-Raphaelite art, with some earlier paintings as well. Of note are the gallery’s Waterhouse paintings, including the original Destiny, works by Poynter and Zoffany, and the ovine-themed paintings of Joseph Farquharson, also know as ‘Frozen Mutton Farquharson’.

Towneley Hall is a council-owned museum and art gallery, offering an intriguing combination of historic art collection alongside a changing programme of contemporary exhibitions.