Here at Hull Museums, we are working on an ongoing project called Pride in Our City. This project aims to increase LGBTQ+ narratives throughout our delivery, from our research and interpretation in to our events and programming.

We are working closely with communities to co-produce and create content, and as part of Lesbian Visibility Week we have launched our brand-new podcast, Pride in Our City, which shares new conversations with members of the Pride in Our City team and the community.

These conversations explore what the project means to them and how we are working together to increase LGBTQ+ representation and inclusion throughout Hull Museums and the Ferens Art Gallery.

Another key part of our work together is looking at our permanent collections and viewing them with new perspectives. We are aware that there are queer stories and narratives that exist within our collections which remain untold and we are now actively working on identifying and sharing these important stories to ensure they are not forgotten or ignored.

This selection of objects is from the collections held at Hull Museums and the Ferens Art Gallery to celebrate Lesbian Visibility Week. We hope you enjoy.

The Lion at Home by Rosa Bonheur 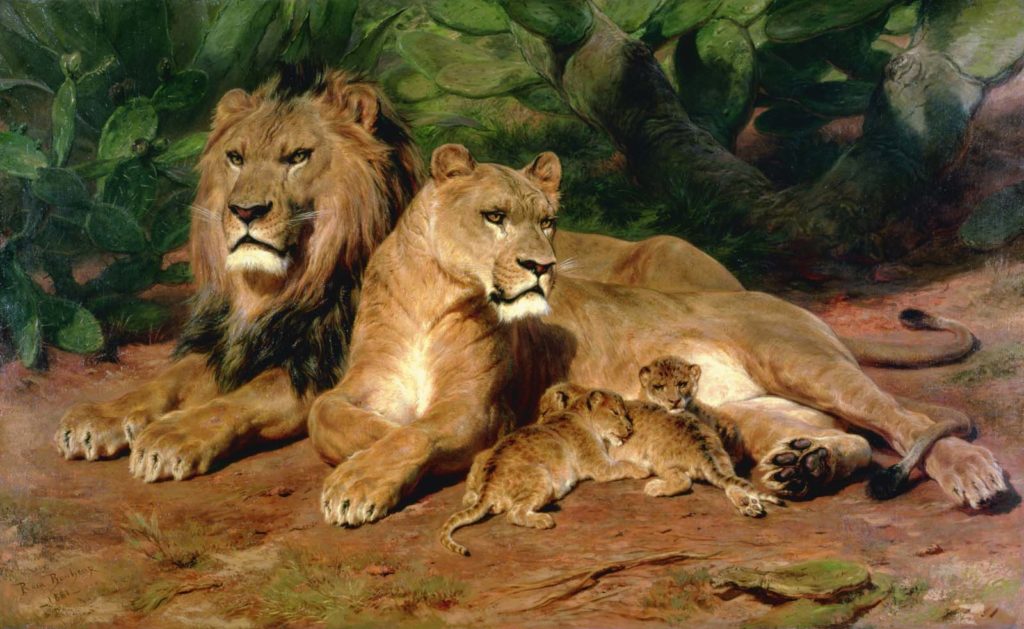 Rosa Bonheur was a 19th century French artist, who became known for her impressive studies of animals. The Lion at Home by Bonheur is a favourite in the Ferens collection, and at over 2m wide this large-scale work takes centre-stage in Gallery 5.

But it isn’t just Bonheur’s artistic talent that we admire today, it’s also her progressive attitude towards gender and her personal strength of character. Bonheur was a pioneering feminist and was openly a lesbian, living with her partner Nathalie Micas for over 40 years.

Bonheur had a great sense of spirit and bravery, and defied gender norms of the time. In 1852, for example, she was one of a handful of women who obtained a special police permit to wear men’s clothing – referring to women’s clothing as a ‘constant bother’. Bonheur also smoked, cut her hair short, rode astride horses, and made her own living. This attitude and defiance helped pave the way for women artists into the 20th century.

Find out more about Rosa Bonheur in our Curator’s Choice blog. 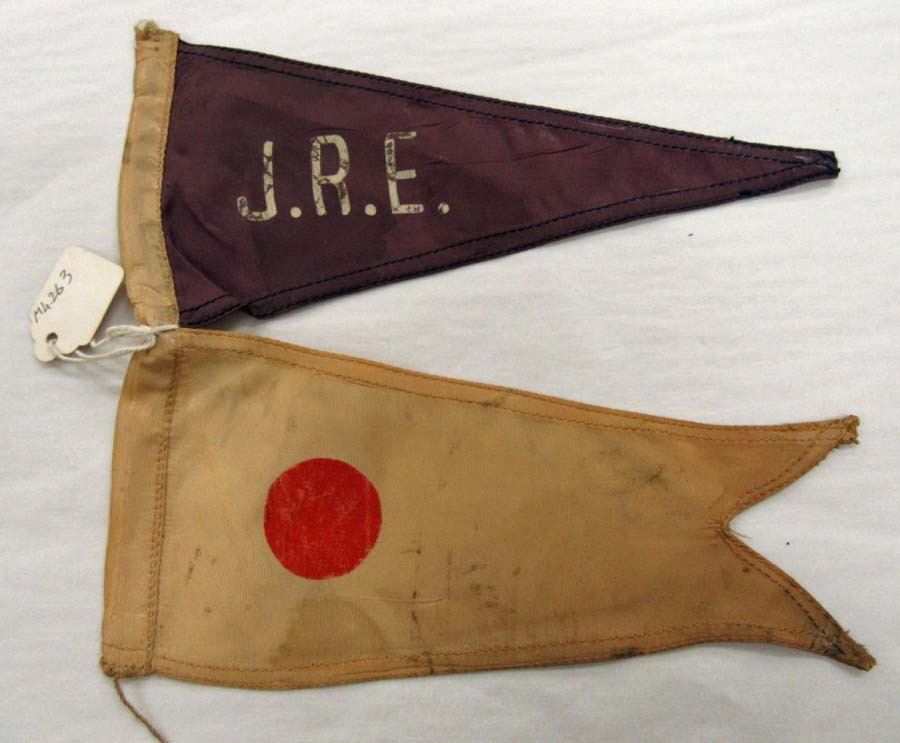 This flag is from the Hull-based shipping company, Ellerman’s Wilson Line. Sir John Reeves Ellerman was extremely wealthy and upon his death left much of his wealth to his two children. His daughter Annie Winifred was a writer and a poet who used the penname Bryher, acquired from her favourite Island in the Isles of Scilly, off the coast of Cornwall.

Bryher was aware of her gender-identity and had expressed that she always “wanted to be a boy”. She wrote about her want of masculinity in later years via a series of historical novels with young male protagonists. These novels also supported same-sex relationships over heterosexual ones, and Bryher herself had a 40-year relationship with the poet H.D. (Hilda Doolittle).

Bryher financially supported many young writers, photographers and artists – especially keen to help women and those with very little money, and she was able to publish works by notable poets such as H.D. and Edith Sitwell. Queer art and literature of the time was certainly better off thanks to Bryher and the lasting monetary legacy of the Ellerman’s Wilson Shipping Line.

Find out more about Bryher in our Curator’s Choice blog 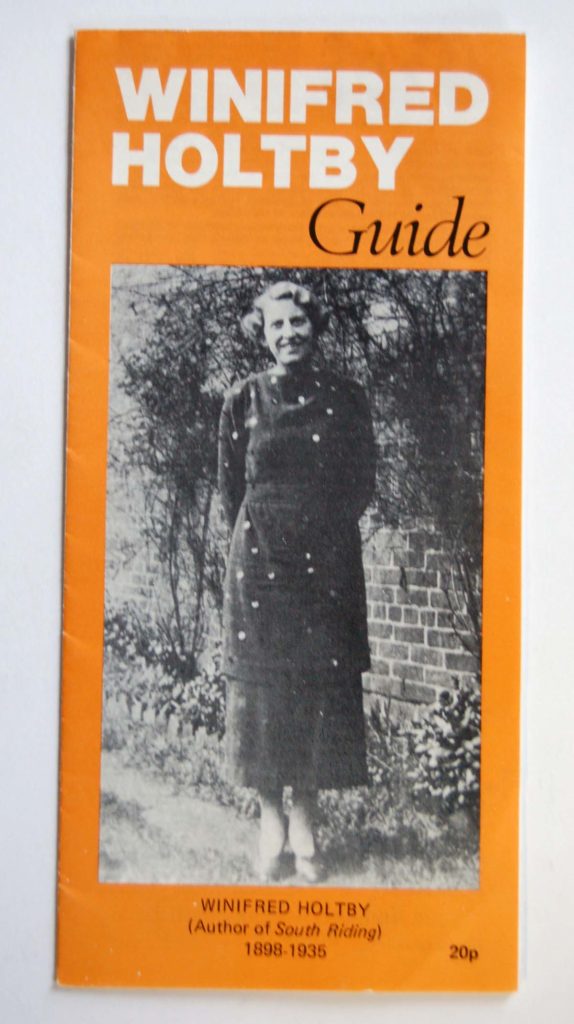 Winifred Holtby was a Yorkshire-born author, journalist, and activist and is most famous for writing the 1936 novel, South Riding. She wrote parts of the novel in Hull’s library, and to this day the original manuscript is held in Hull’s History Centre.

In 1919 she became friends with Vera Brittain and they maintained a life-long friendship, with Brittain editing South Riding which was published posthumously following Holtby’s death at the young age of only 37.

As their friendship was strong this led to speculation and gossip on the nature of their relationship. Brittain’s daughter Shirley Williams wrote that “some critics and commentators have suggested that their relationship must have been a lesbian one. My mother deeply resented this. She felt that it was inspired by a subtle anti-feminism to the effect that women could never be real friends unless there was a sexual motivation, while the friendships of men had been celebrated in literature from classical times.”

Both Holtby and Brittain were passionate feminists and active campaigners. Despite being uncomfortable with feminism as a concept, Holtby announced she would remain a feminist as long as injustice and inequality for women existed – even calling for a “new personal pronoun” so that women would not be “continually labelled madam” in 1926.

Williams goes on to say “As a famous woman author holding progressive opinions, she became an icon to feminists and in particular to lesbian feminists.” 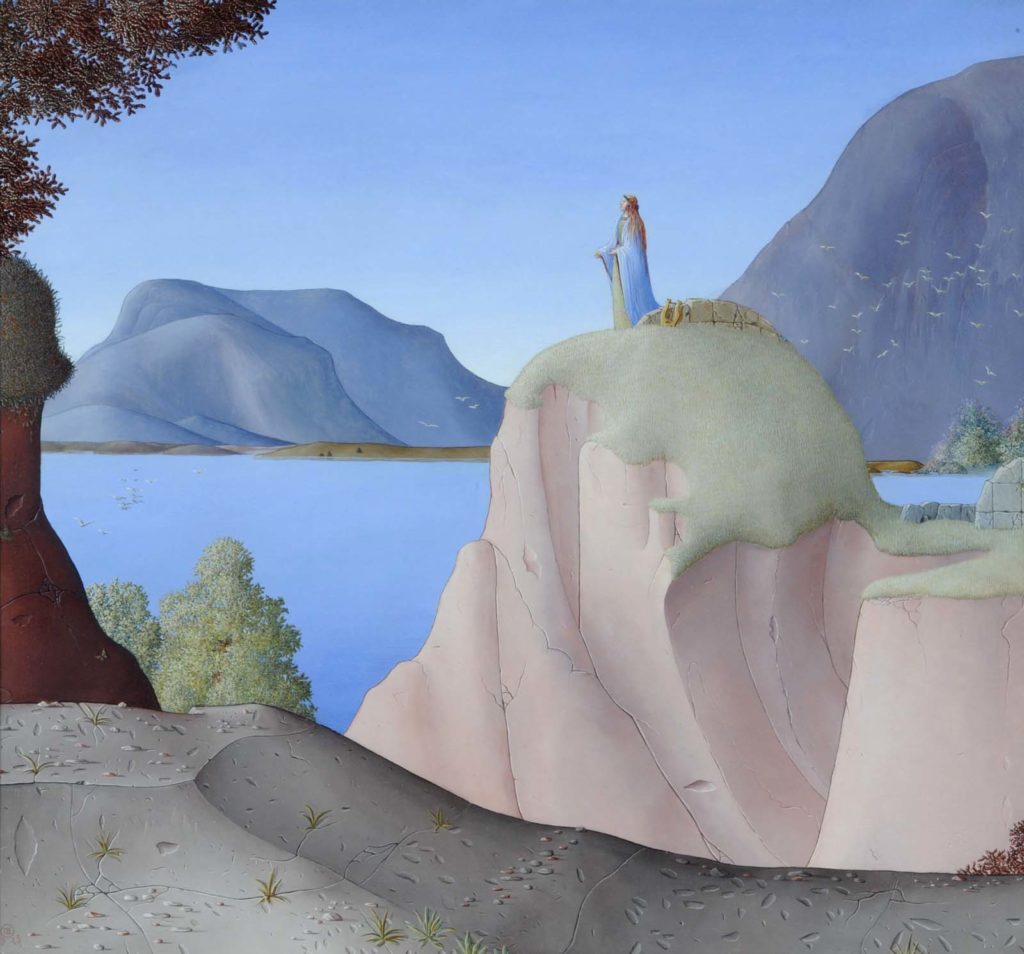 The subject of this picture is Sappho, an Archaic Greek poet, born c.621 BC. In ancient times, Sappho was greatly admired as one of the best lyric poets and her works continue to influence writers today. Unfortunately, a lot of her poetry is now lost, however much of what survives appears to describe romantic female relationships. This has led Sappho to become a symbol of love and desire between women.

Today, we might be influenced by Sappho without even realising it – as the English words Sapphic and lesbian can both be traced back to her. The first (Sapphic) deriving from her own name, and the second (lesbian) deriving from her home island of Lesbos. 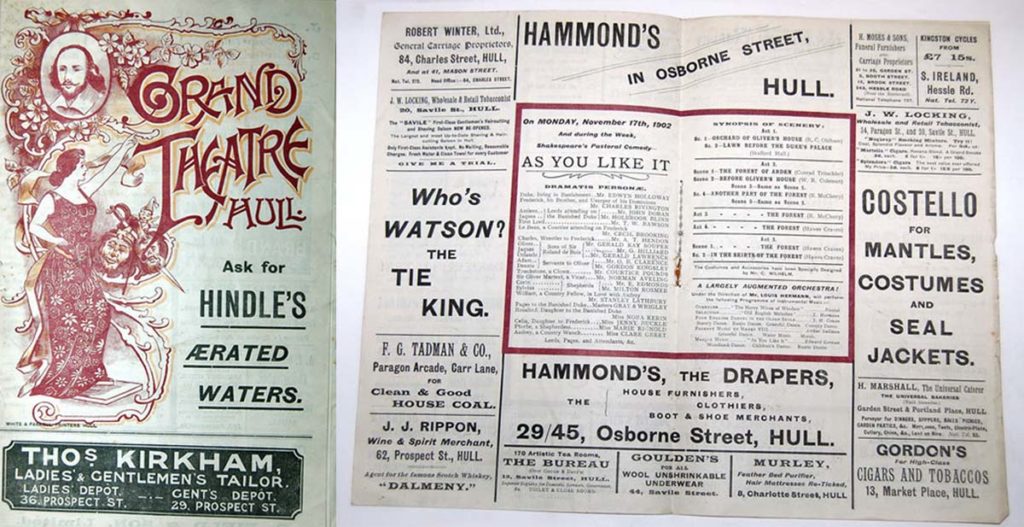 As You Like It at the Grand Theatre, George Street, Hull on 17th November 1902. Courtesy Hull Museums

This theatre programme details a performance of As You Like It at the Grand Theatre, George Street, Hull on 17th November 1902.

As You Like It is a comedic play, written by William Shakespeare in 1599 and first published in 1623. Although it has been suggested that the play’s first performance possibly occurred 1603.

Love and gender are they play’s key themes. Two of the lead characters, Rosalind and Celia share a strong relationship, and events lead to them fleeing together with Rosalind disguised as a young man and Celia disguised as a poor lady. In this role, Rosalind takes on the name Ganymede, a nod perhaps to the “most beautiful of mortals”, who was abducted by Zeus in Greek mythology to serve as his cup-bearer.

A young man named Orlando had previously fallen in love with Rosalind, and as Ganymede Rosalind meets with Orlando and pretends to counsel him, suggesting Ganymede will take Rosalind’s place and that he and Orlando can act out their relationship.

Parallel to this, many critics have suggested that Rosalind’s relationship with Celia suggests an element of homoeroticism, presenting feelings of desire or longing but not necessarily those of sexual desire. Celia does question Rosalind’s love for her, claiming Rosalind would be content if she only returned Celia’s love. And evidently, this connection was visible to others with Celia’s father’s courtier noting that the two share a love that is “dearer than the natural bond of sisters”.

As You Like It is ultimately a story of love in its many forms. 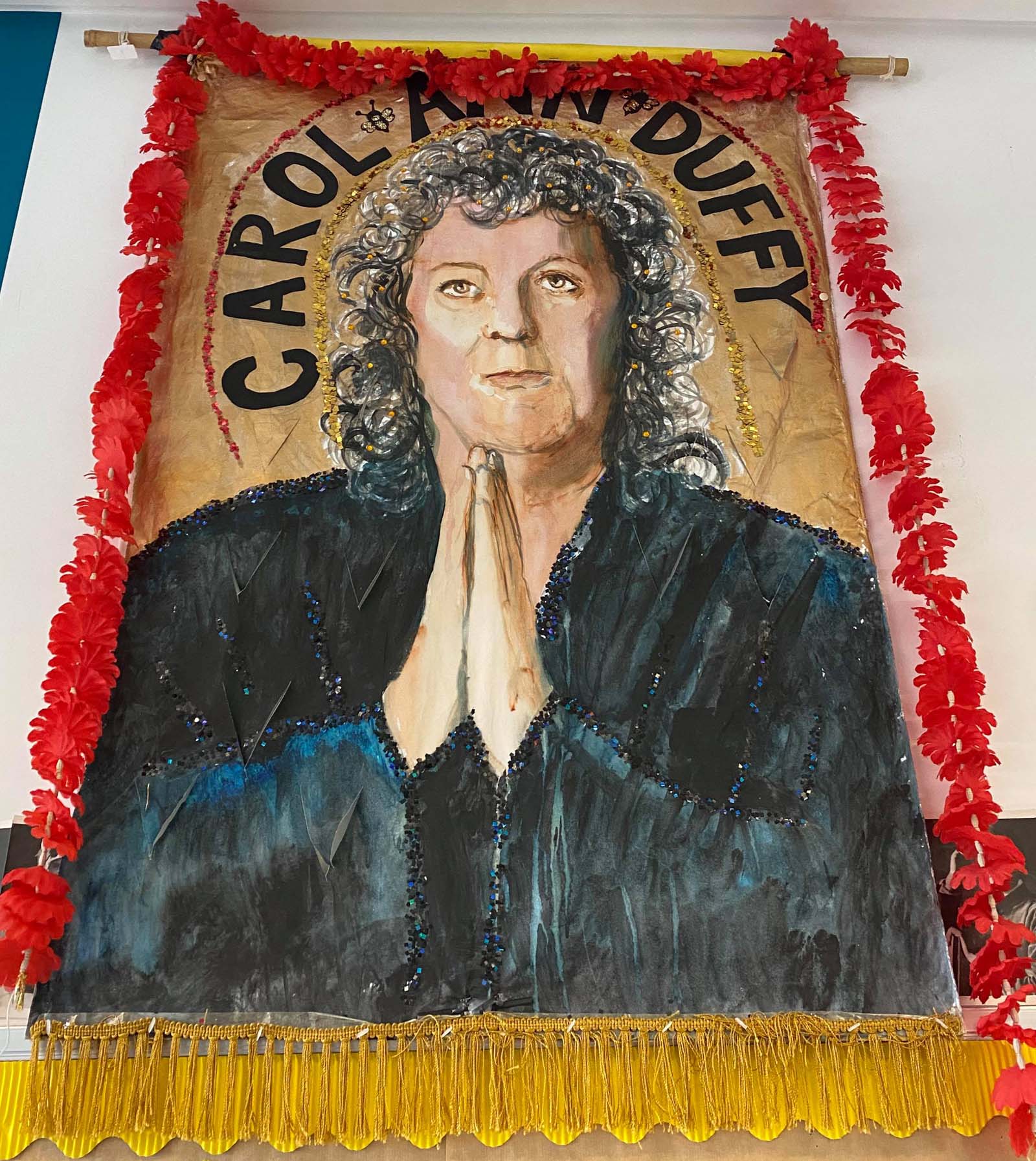 Carol Ann Duffy artwork, created as part of the 2017 project 50 Queers for 50 Years.

At Hull Museums and Ferens Art Gallery, the exciting work for the Pride in Our City project continues. In July 2020, as part of this project, we launched a digital exhibition which explored the Pride in Hull event and its significance and importance to the people of Hull.

Within this digital exhibition are videos created during the Covid-19 lockdown by LGBTQ+ individuals sharing their own experiences and stories. In one video we meet Chris who tells us all about this Carol Ann Duffy artwork, created as part of the 2017 project 50 Queers for 50 Years.

“The image of Carol Ann Duffy is something my classroom is known for. Not only is it relevant in regard to her poetry which we study at school, but the number of conversations she has started in regard to LGBTQ+ issues has proven vital. Her representation, and by association my ability to represent is invaluable in a place where students are questioning and finding who they are. She was and remains a queer icon.”

To hear more from Chris, you can view the complete video alongside others in the Pride in Our City digital exhibition www.PrideInOurCity.co.uk

Want to find out more? 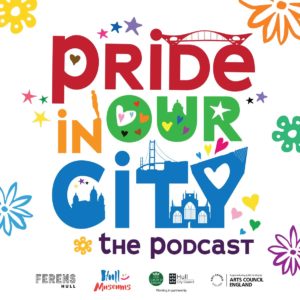 We are continuing to explore the LGBTQ+ narratives within the Hull Museums and Ferens Art Gallery collections, if you would like to share any contributions with us, please do get in touch at – PrideInOurCity@gmail.com

To find out more about the Pride in Our City Project and how to get involved, visit the project page at humbermuseums.com/projects/pride-city-project-2/

Our brand-new Pride in Our City – The Podcast is hosted by project mentor Dan Vo. In the first episode Lauren Field, Community Curator: Social History and Pride in Our City Project Lead shares more on her role within project, behind the scenes work and some exciting plans in development. Find out more and listen to the full episode at humbermuseums.com/pride-city-podcast-episode-1/

Opened in 1927, the award winning Ferens Art Gallery combines internationally renowned permanent collections with a thriving programme of temporary exhibitions. We also run a lively education and events programme that includes talks and art workshops. The gallery's first-class permanent collection of paintings and sculpture spans the medieval period to…