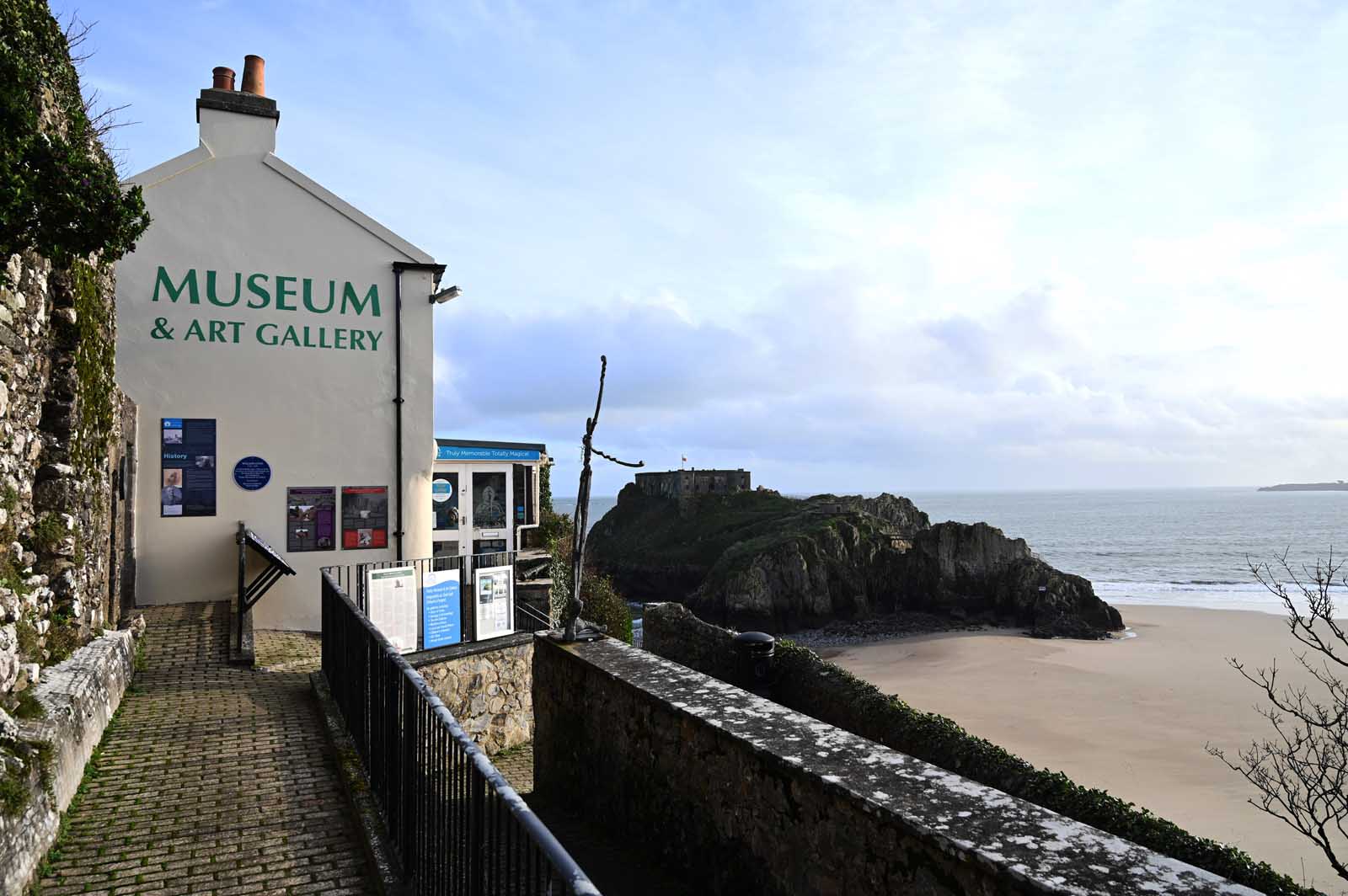 Mark Lewis of Tenby Museum and Art Gallery in Pembrokeshire, Wales introduces a beautiful museum overlooking the beach packed with treasures and art

Tenby Museum and Art Gallery has an iconic setting; perched on top of the spectacularly beautiful Castle Hill overlooking the monastic island of Caldey Island and Carmarthen Bay. Part of the Grade II listed building stands on the site of the living quarters of the old castle and there are remains of the castle structure still visible within the fabric of the building.

It stands as the oldest independent museum in Wales and in 2021 this venerable museum, originally known as Tenby Local Museum, celebrates its 143rd year.

Founded in 1878 for the benefit of the community as a voluntary organisation, the chief aims of the museum were, and fundamentally still are, to exhibit, preserve and study aspects of the natural, social and cultural heritage of the locality.

Although it has continued to develop over the years, it remains a community-based organisation and is now a fully Accredited museum and a registered charity. 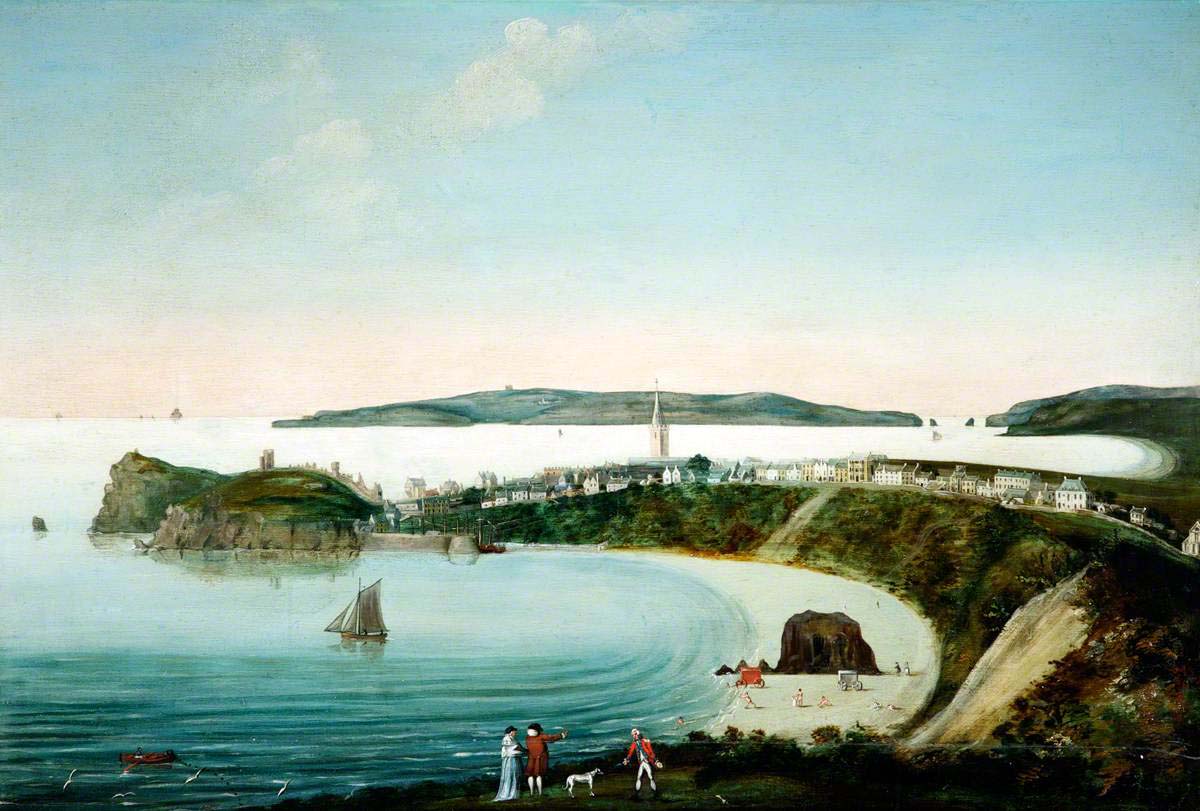 So why a museum in Tenby?

Tenby Local Museum was founded by a self-appointed committee of local residents, mostly retired professional gentlemen, in keeping with Victorian mores, some of who were also amateur natural historians and archaeologists.

They wished, on behalf of the town and local community, to display predominantly local collections of natural history, geological specimens and archaeological finds.

The middle of the 19th century was a time of great expansion. Communication systems, industry, technology and the sciences were developing rapidly. Education was gradually becoming more available and there was an increased interest in subjects such as natural history, the theory of evolution, geology and archaeology.

Boundaries of knowledge were expanding and it was a period that saw the beginnings of museums of anthropology, ethnology, technology and archaeology, with the ethics of some of these museum collections being scrutinised more closely today. 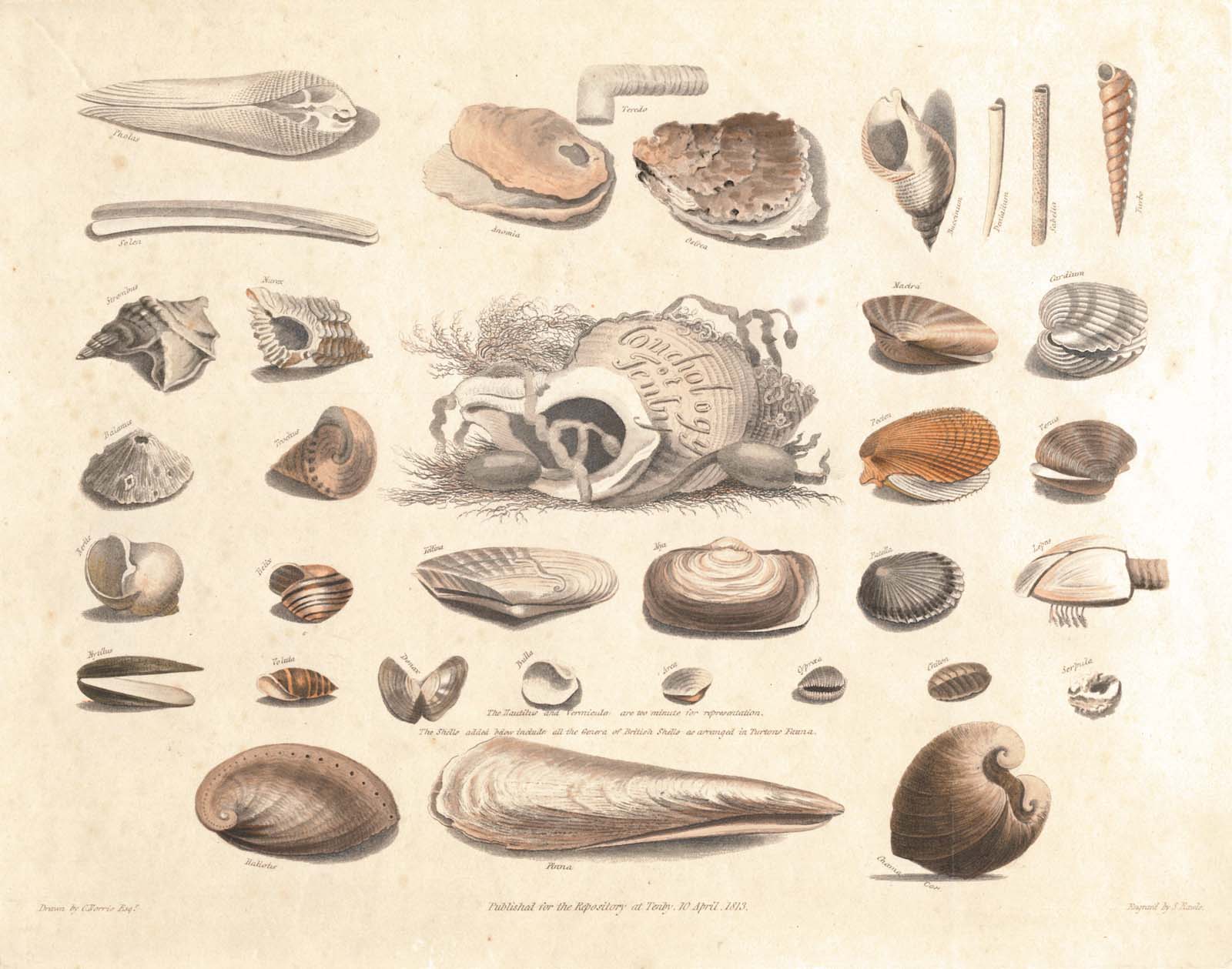 Conchology of Tenby, Drawn by C. Norris engraved by S. Rawle and Published for the Repository at Tenby 10 April 1813. Courtesy Tenby Museum And Art Gallery

It was also the time of the discovery of the educational roles of museums and the funding of national associations of museum professionals.

By 1878 there were approximately a hundred museums in Britain but only one in Wales – Swansea, founded in 1835. A national museum for Wales was not to be established until almost 30 years afterwards. The founders of Tenby Local Museum were certainly conscious of the changes taking place elsewhere in the museum field.

In many ways Tenby was pre-eminently suited as a setting for a museum of the natural sciences. For over a century the surrounding area had been regarded as a place of some significance for naturalists interested in conchology, botany and geology.

In 1804 Edward Donovan, Fellow of the Linnaean Society wrote, “No situation whatever can be more admirably adapted than the neighbourhood of Tenby for the study of the productions of the sea coast.” In the 1850s Tenby began to attract such noted natural scientists as T H Huxley (renowned for his defence of Darwinism) and Philip Henry Gosse. There was also interest in local geology and archaeology and these fascinations are reflected in the first collections of the museum. 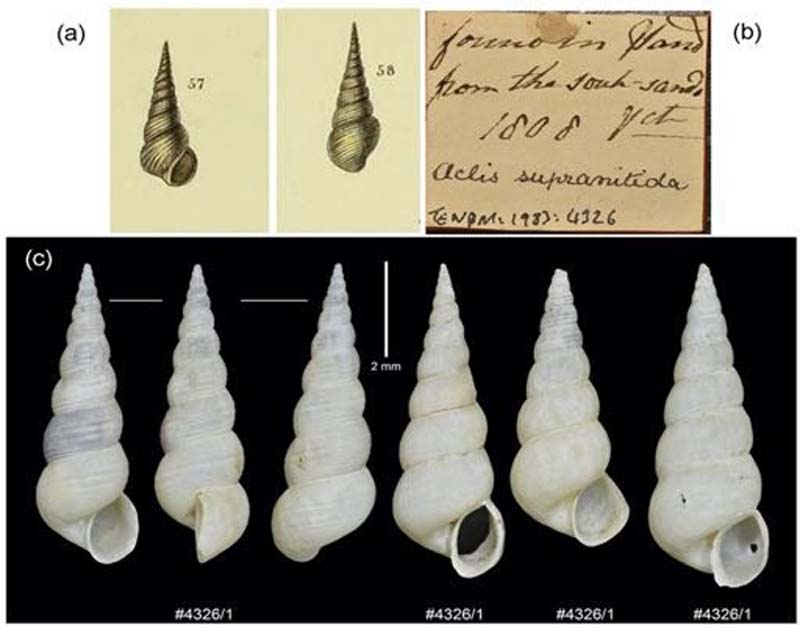 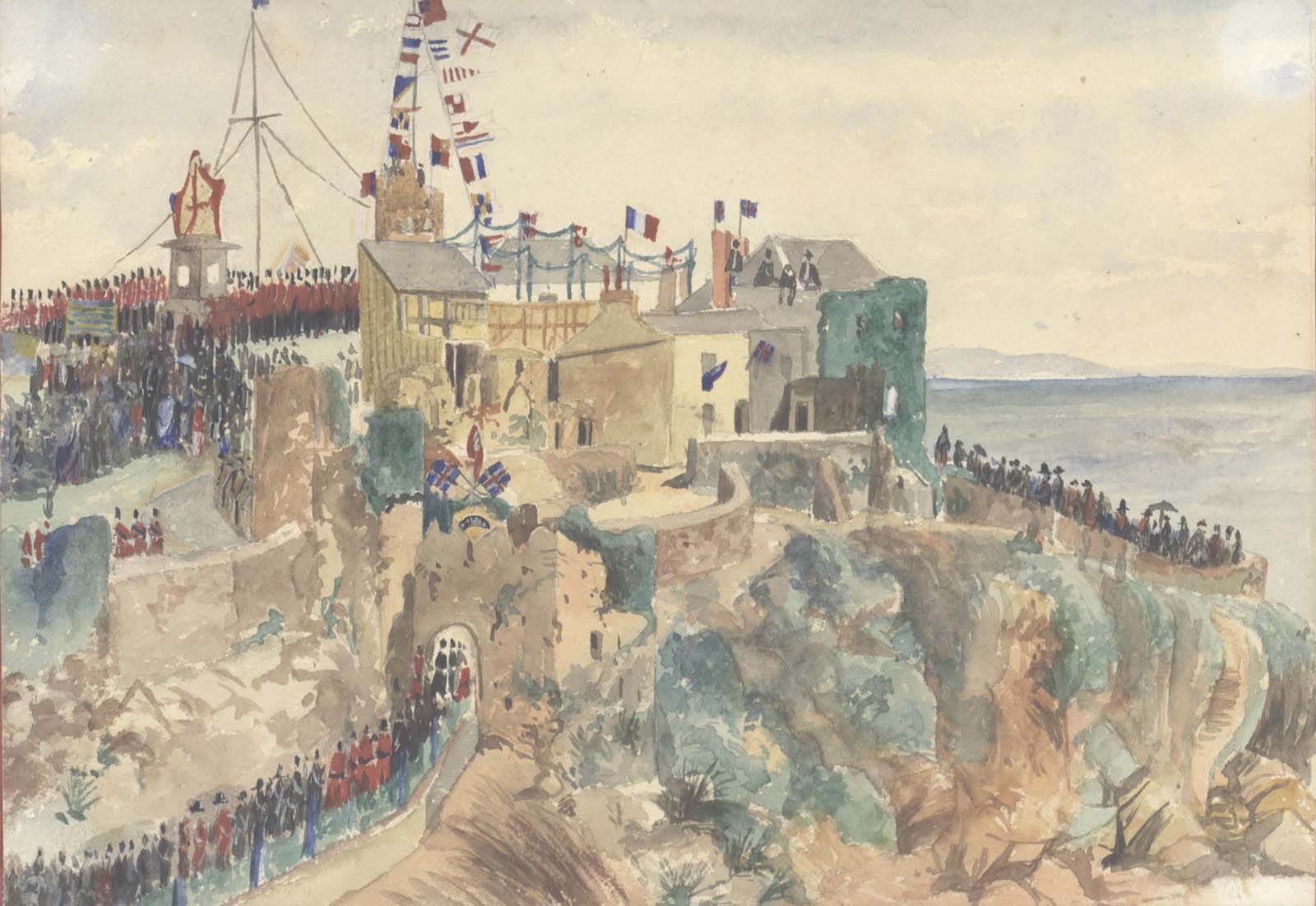 By the beginning of 1878 work had begun in earnest in garnering support through donations, subscriptions and theatrical events. A suitable premise had been found on Castle Hill, the former and recently vacated National School.

This was acquired and then rebuilt by local builder Lewis John at a cost of £44 12s 11d. Display cases were purchased at this time. Collections from the Reverend Gilbert Smith (an amateur geologist and archaeologist) and the nationally important collection of shells of William Lyons were accepted along with other notable items and books based around the natural sciences.

An article in the local newspaper, the Tenby Observer, by Edward Laws read:

“The collection of [Lyons] shells…is one of peculiar value; in the first place it is a complete collection of all shells found at Tenby; and in the second place, that collection was made when for some unknown reason, Tenby shells were much larger and finer than they are now, and many species are represented that have now become extinct.”

This collection of shells is still subject to scientific scrutiny, recently being the subject of a published paper by Dr Graham Oliver (National Museum of Wales and Tenby Museum trustee). 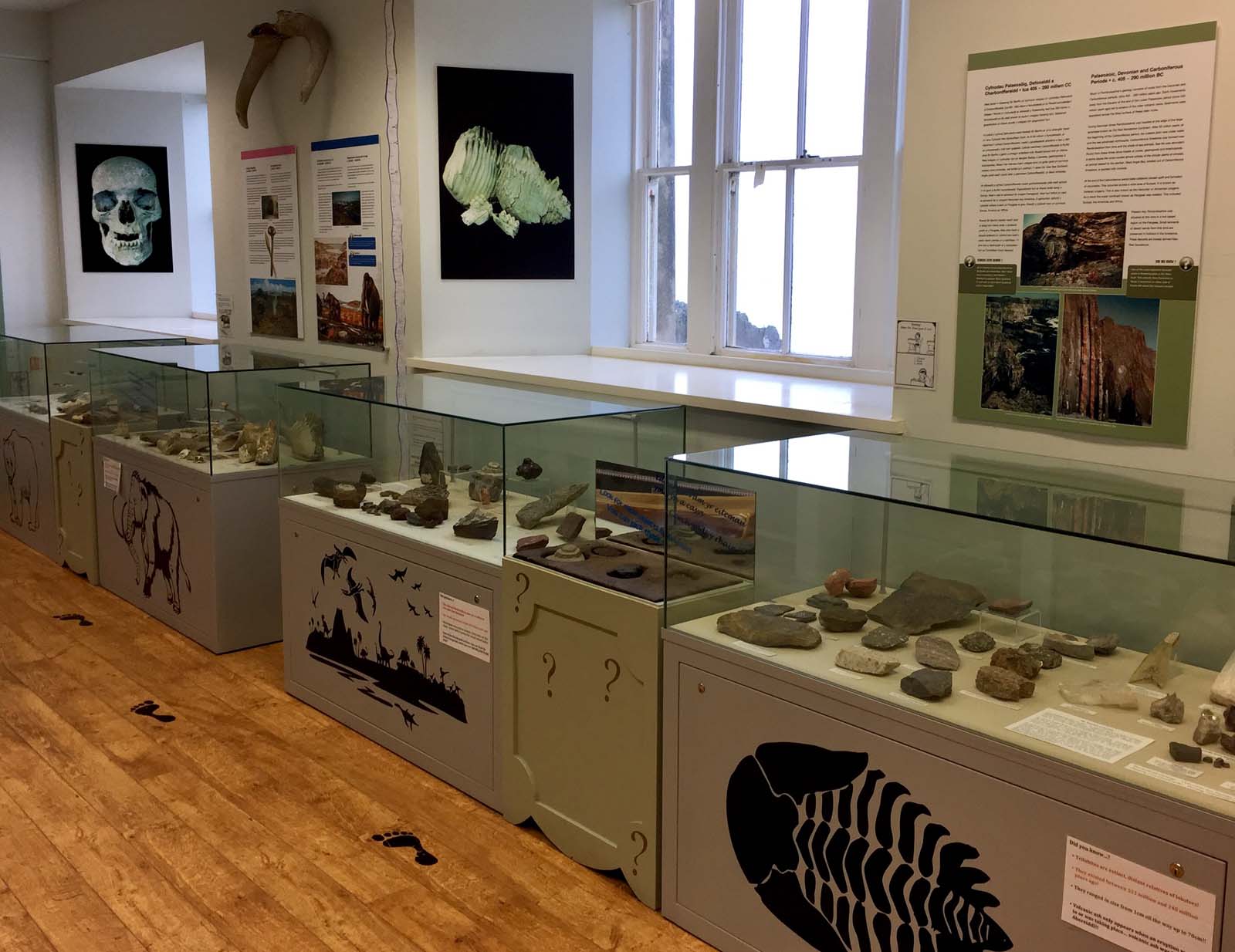 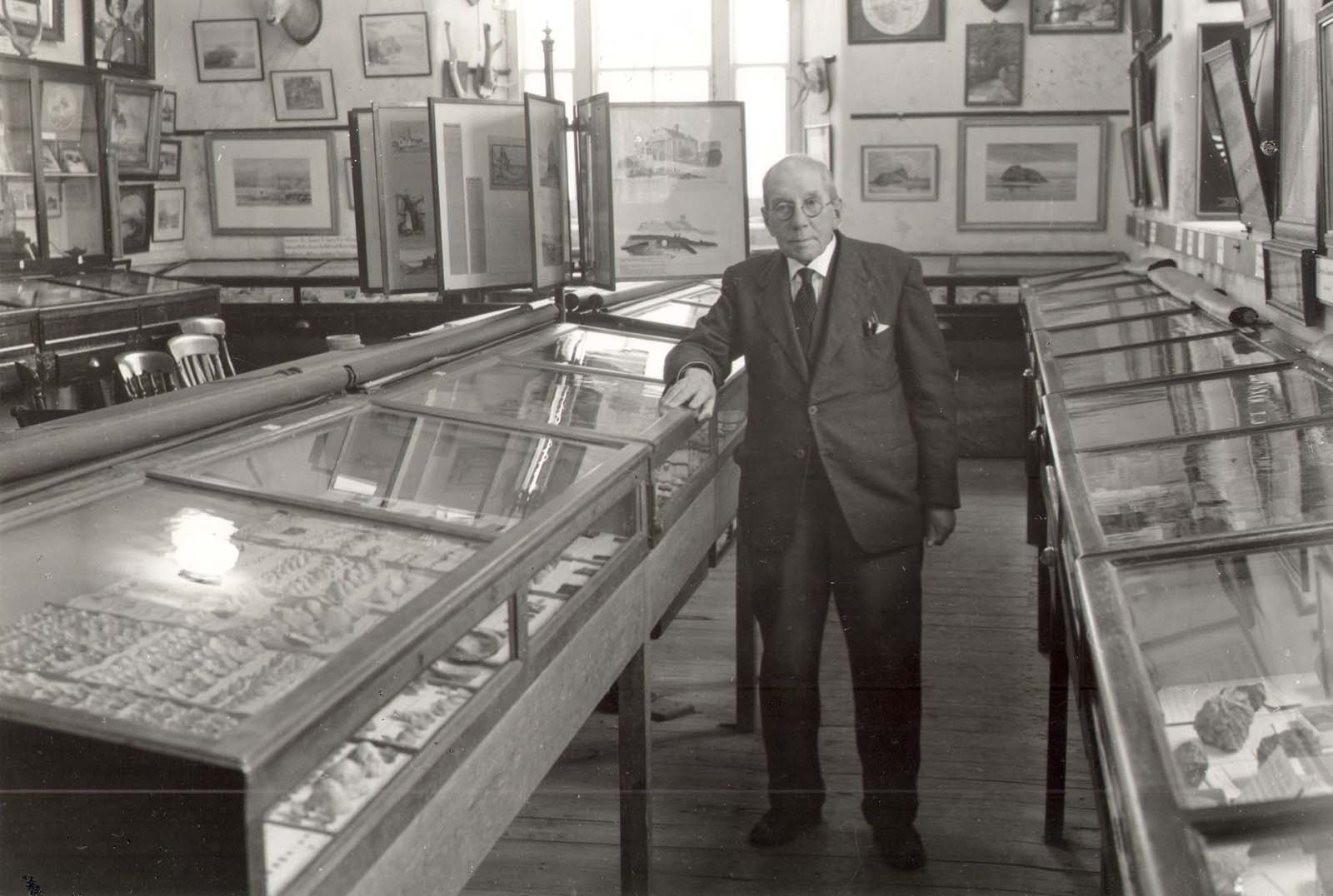 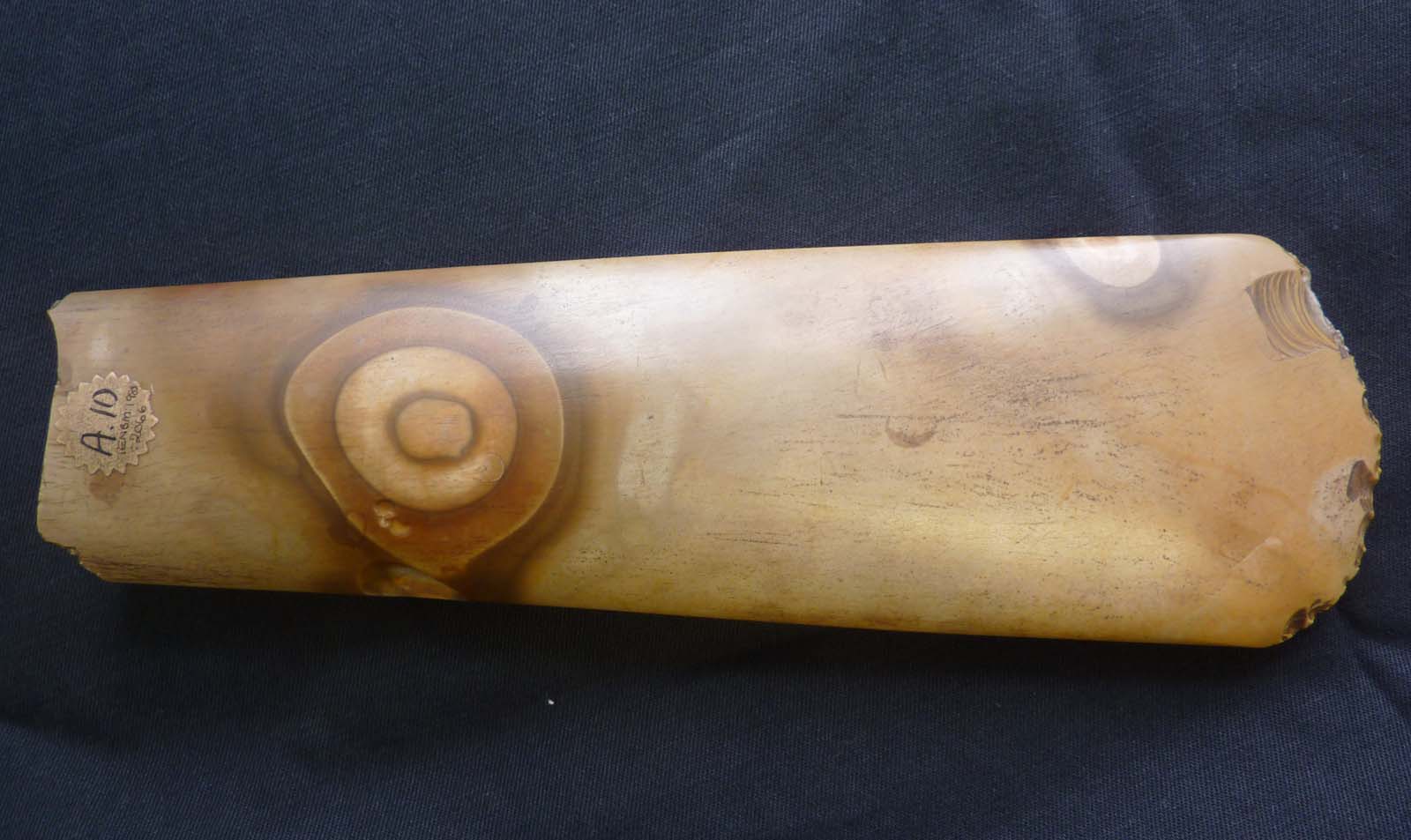 By July 1878 the final preparations were in hand for displaying exhibits. The ceremony for opening was planned for 26 July, to be presided over by Professor George Rolleston MD FRS, Linacre Professor of Anatomy and Physiology at Oxford University and a Fellow of Merton College.

An article in the Tenby Observer (1 August 1878) read: “The museum (the opening of which has been looked forward to for some time with considerable pleasure) took place of Friday afternoon last, when Professor Rolleston, of Oxford, delivered an address on the advantage of such an institution to a town like Tenby, which presents to a remarkable degree, a rich field for the researches of the anthropologist, geologist and naturalist.”

So that’s looking back. What happened afterwards?

As it has done throughout its history, the museum continues to respond to an ever-changing world. Over the years the emphasis has slowly shifted from the natural sciences that formed the original collection – although there is still displayed an amazing array of geological and archaeological materials including what must be my favourite object, a highly polished Neolithic flint axe head (illustrated).

A planned natural history exhibition using both the collections and art works to explore relevant contemporary issues such as climate change and the ethics of collecting is scheduled in 2022.

Over the years the collection has continued to grow, to include a vast archive of paper ephemera and photographs, social history objects, maritime , costume and militaria, and a wonderful collection of fine art, with works by Gwen and Augustus John, David Jones, John Piper, Meirion Jones, John Uzzell Edwards, Philip Sutton, John Knapp Fisher, Nina Hamnett and Ray Howard Jones to name but a few of the more famous names that adorn our walls. 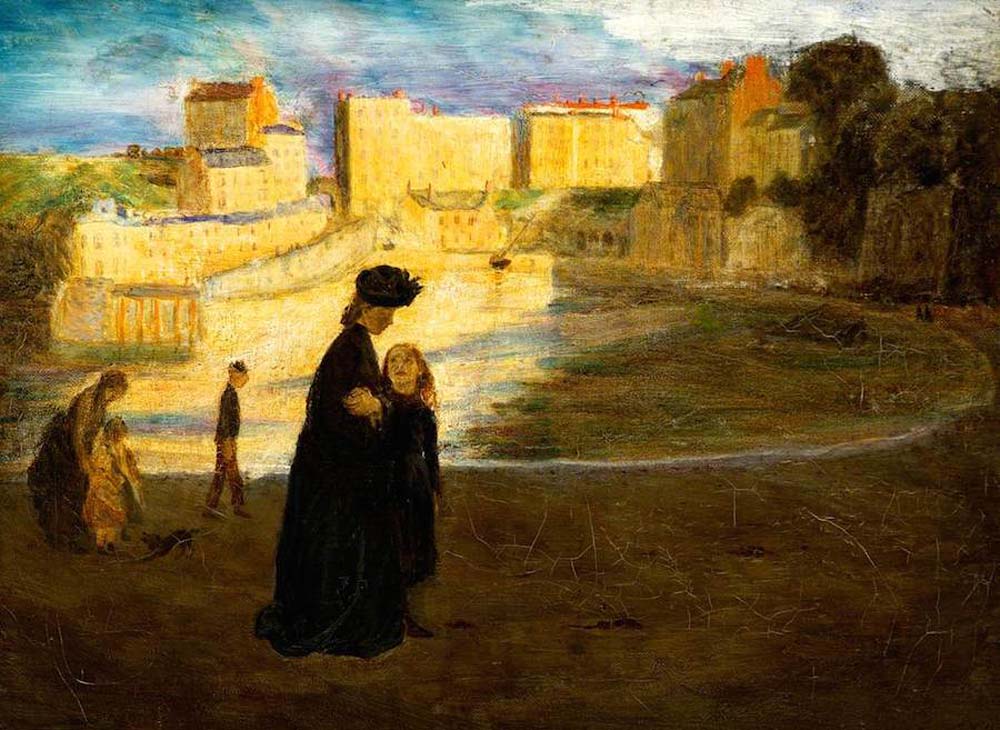 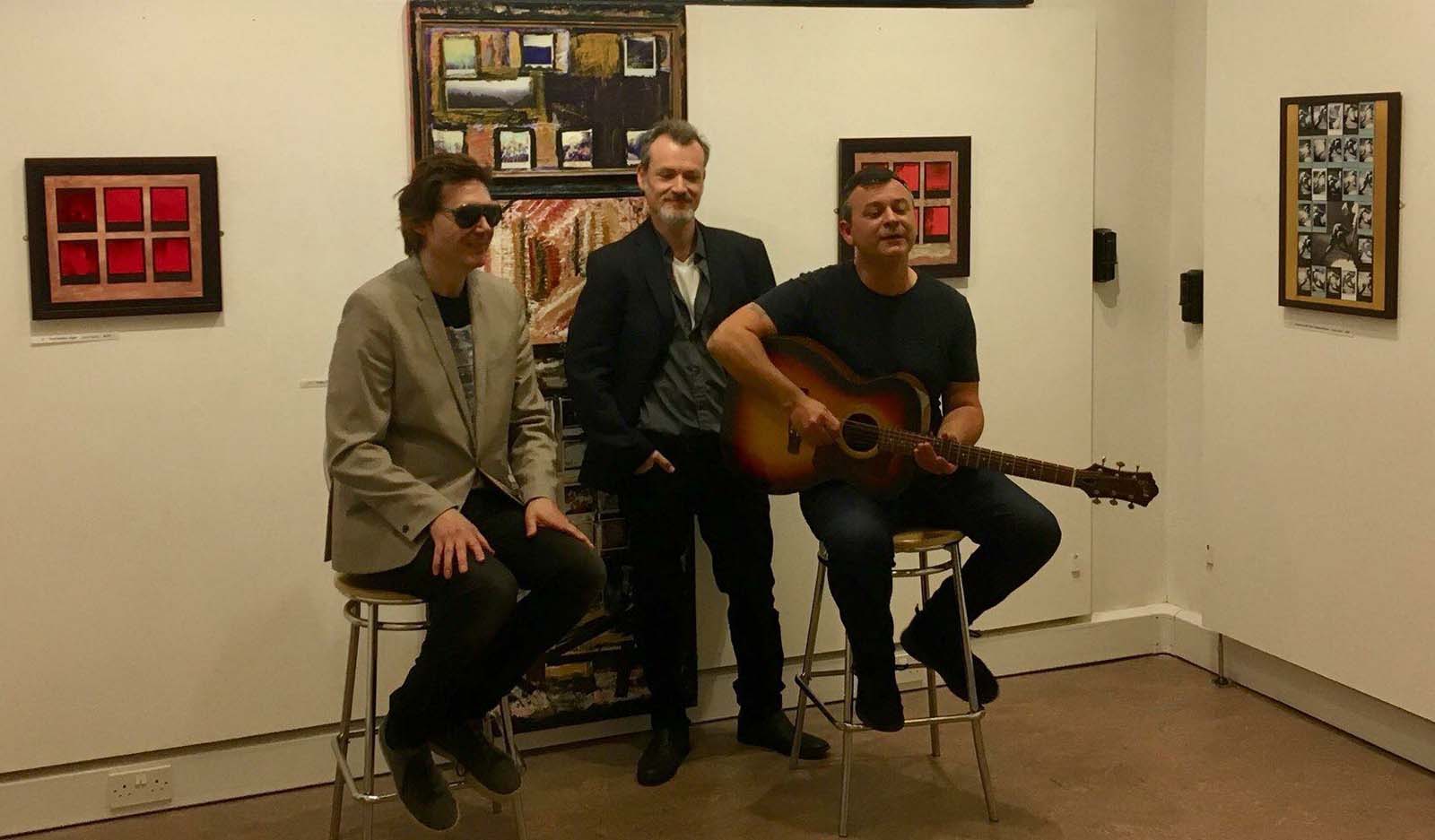 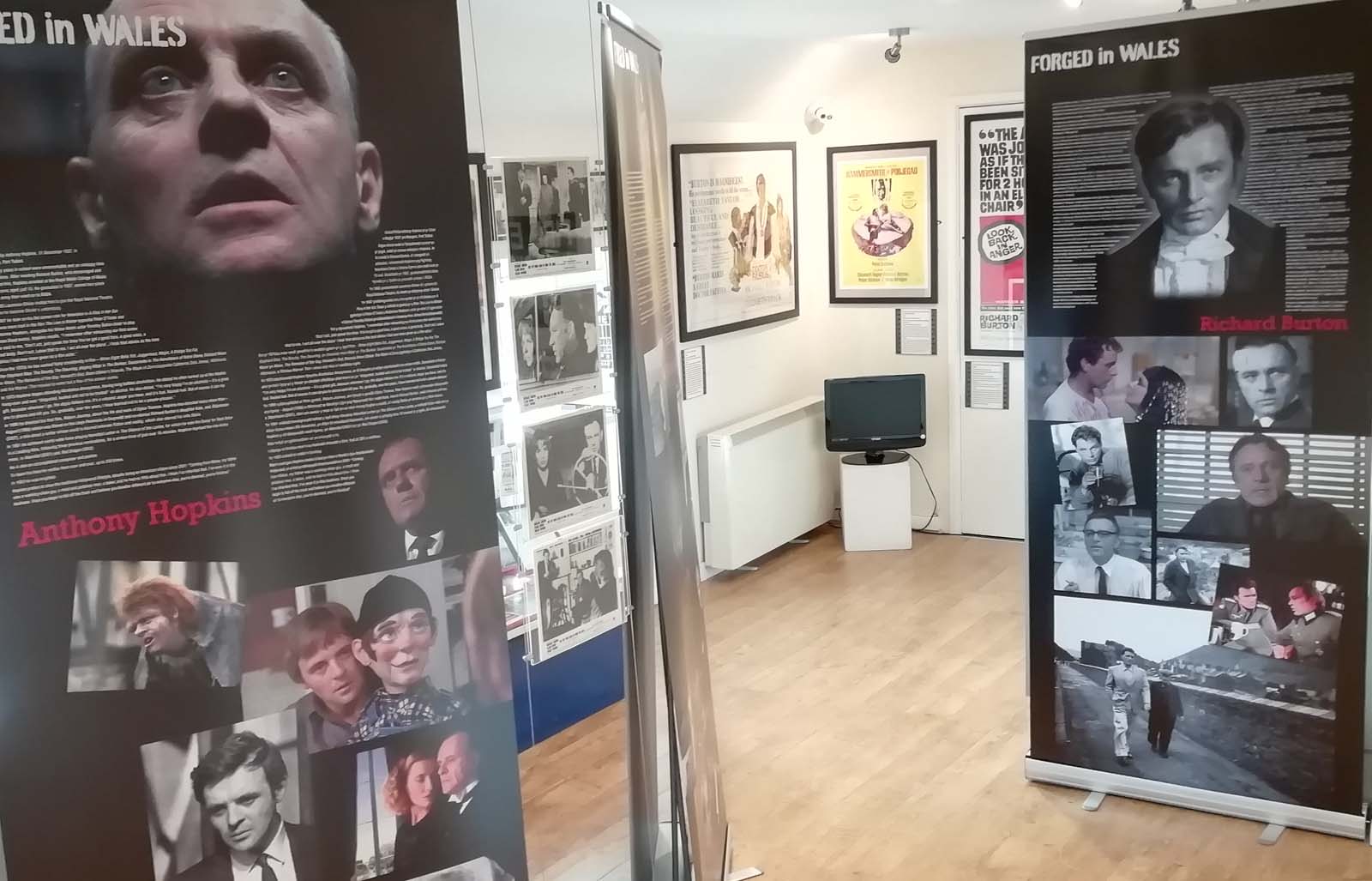 We also have a work donated by Nicky Jones (aka Nicky Wire of the Manic Street Preachers) and in 2018 we were host to Nicky’s first ever solo art show, which proved a major draw. Two art galleries were added to the museum building, one in the 1970s, another in the 1990s and this second gallery now shows eight or more educational and selling exhibitions each year.

We still remain a museum mostly staffed by a wonderful group of volunteers but now with two professional members of staff to lead the way in exhibition and collections care. We aim to continue to be relevant and inclusive to our community and to the times. 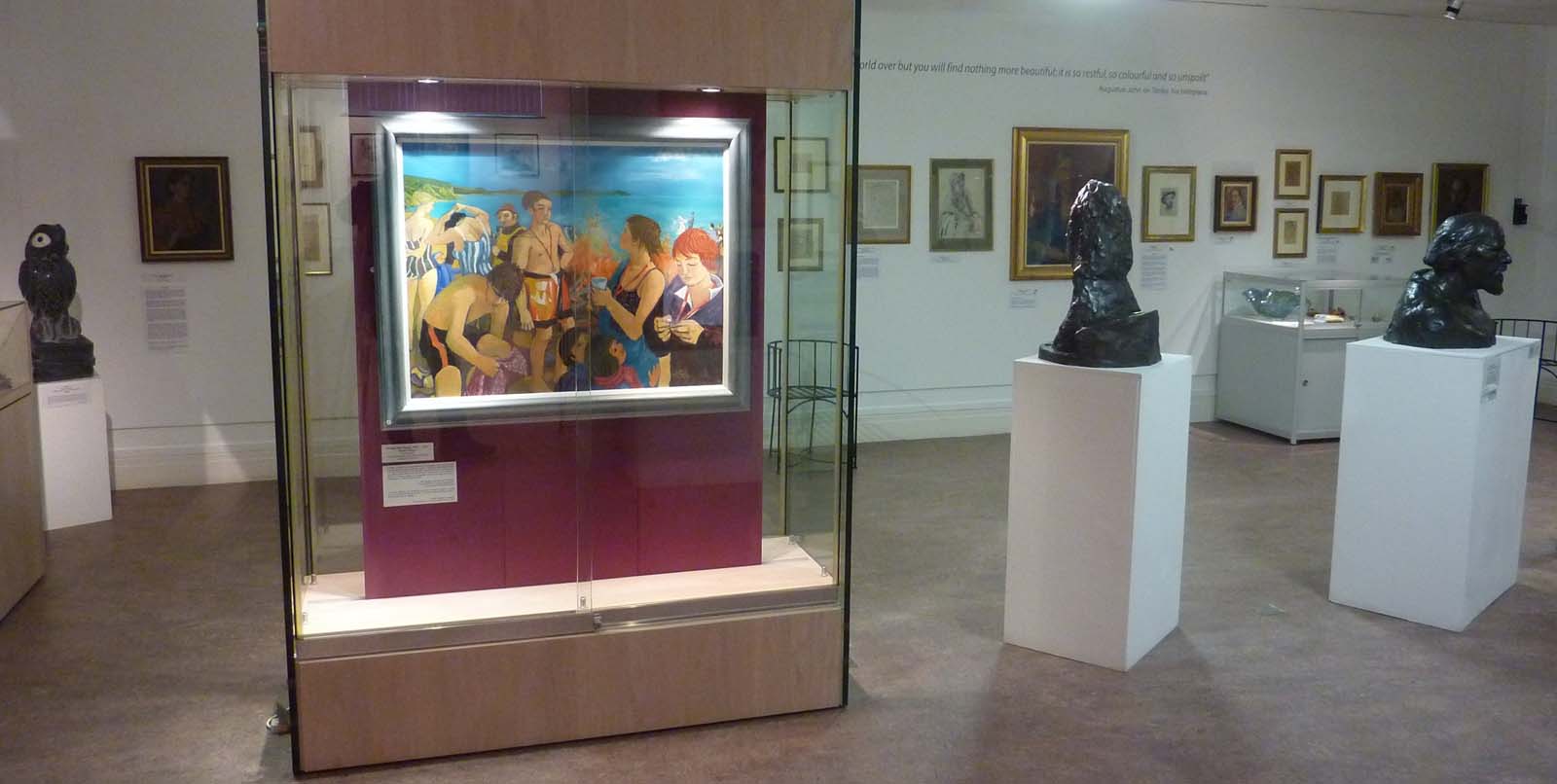 Recent projects have seen us working with schoolchildren to curate an art exhibition as part of Kids In Museums Takeover Day, talks for dementia groups, working with military veterans, creating podcasts for the visually impaired, an increased digital presence and involving ourselves in the contemporary issues of the day including Wales’s connection with Africa. We are also working towards decolonising our collections, exploring the stories behind collectors and contextualising this for a modern audience.

Being a small museum does not mean having small ideas or a small imagination or being unable to have a big impact.

Everything done is to keep us relevant and sustainable, to tackle challenges, to stimulate, to entertain and to work towards more certainty in a future that seems to present nothing but uncertainties.