The wonderful Corinium Museum in Cirencester is home to the stunning grave goods of an Anglo Saxon Princess. They also display a remarkable reconstruction of her face. Here’s how it was done 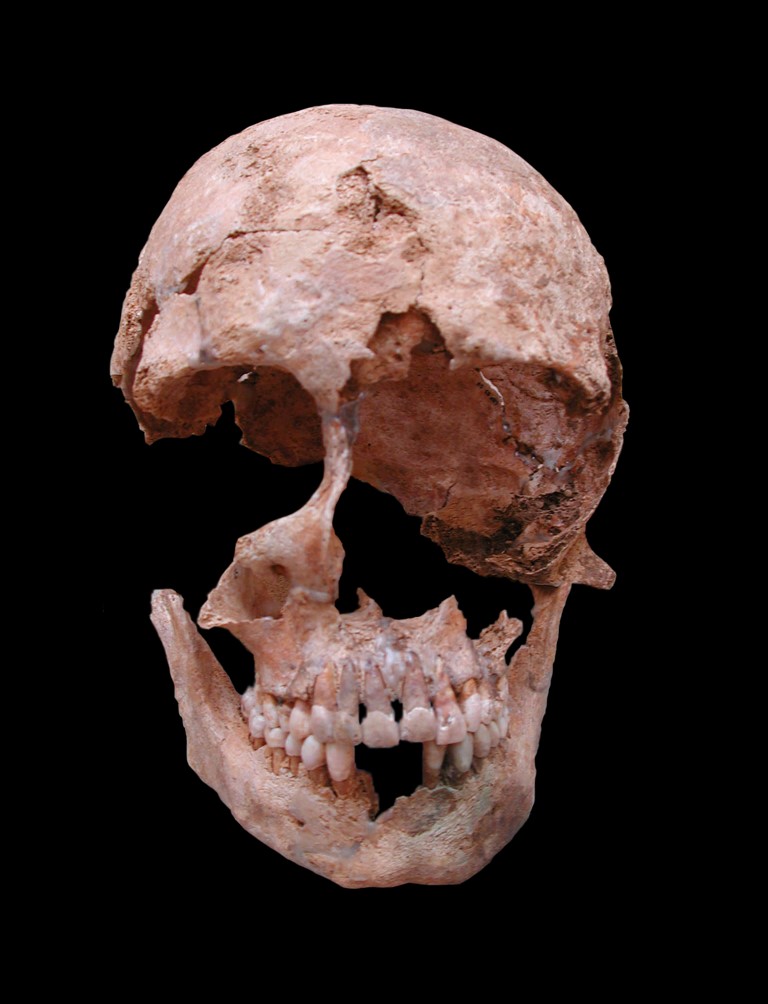 You are looking at the step by step process that went into the rebuilding of the face of a real Anglo-Saxon woman.

The woman, aged 25-30 years old, lived in what is now Gloucestershire in the 6th century AD. 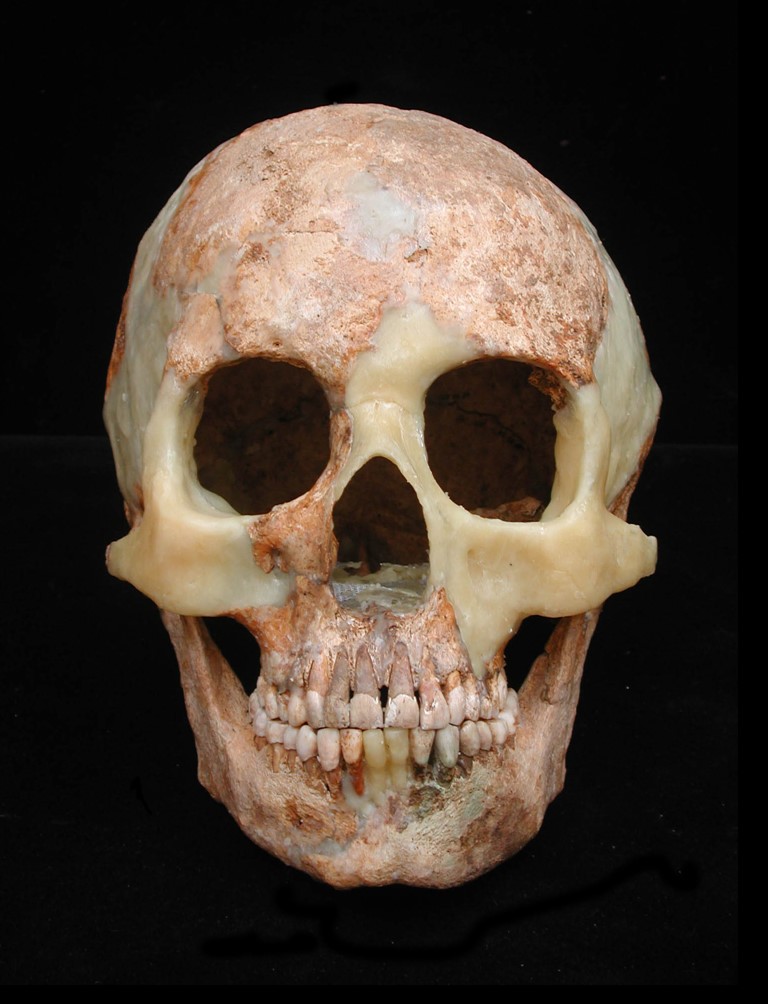 Nicknamed “Mrs Getty” by archaeologists because of the wealth and number of her grave goods, the Anglo Saxon ‘Princess’ was discovered in Butler’s Field in Lechlade on the southern edge of the Cotswolds in one of the richest Anglo-Saxon graves ever found in Britain.

Butler’s Field is one of the biggest and most important Anglo Saxon cemeteries found in the upper Thames Valley, yielding graves and discoveries spanning over four centuries. 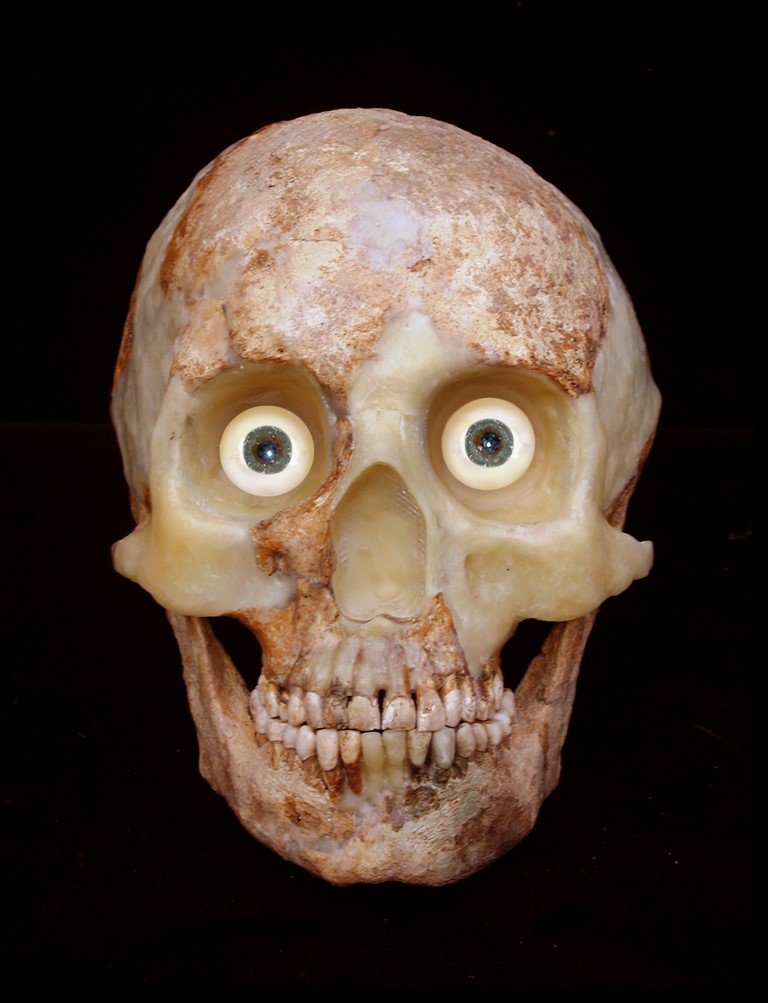 However Mrs Getty is not typical. Her grave is one of only two in the cemetery to include a wooden coffin, and archaeologists believe the stone packing beside and above the coffin may have been placed there to dissuade grave robbers. The sheer number and richness of her objects – numbering more than 500 – must mean that she was of high status within the community.

Behind her skull was a circlet of blue glass beads that must have held her hair back. Silver finger rings, a mounted beaver incisor tooth – perforated for suspension – two silver-coated copper tubes, a large square headed gilded brooch, a pair of saucer brooches, a bone comb, an amber necklace and a string of tubular blue glass beads were all thickly spread across her chest. 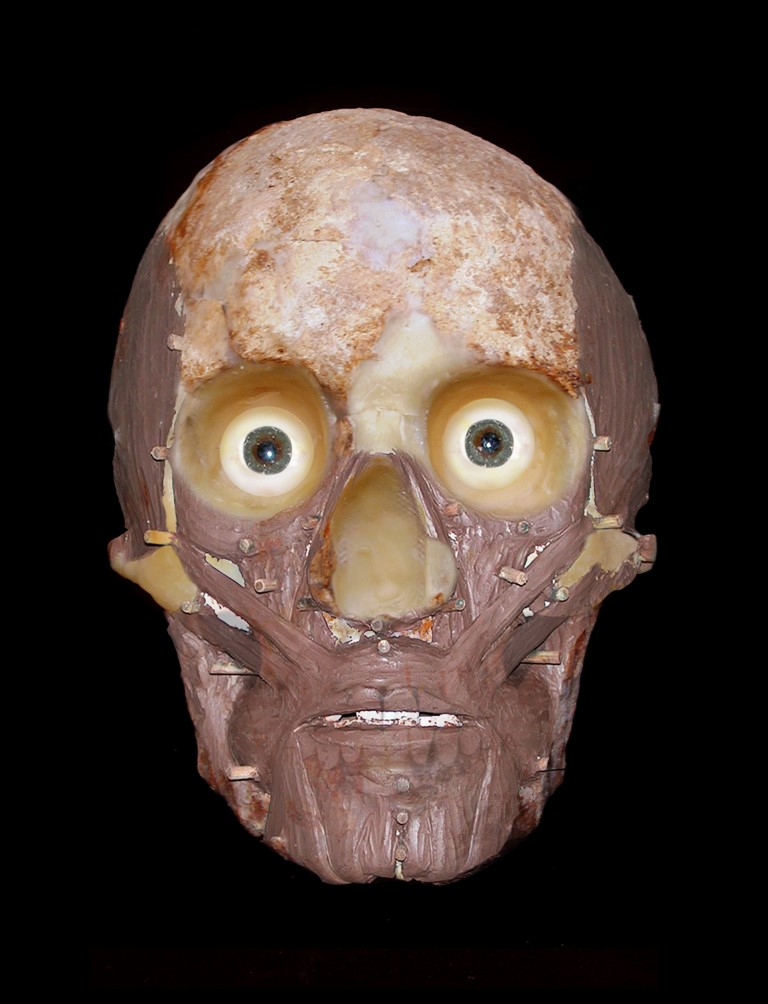 Her clothes, jewellery and the objects laid around her have been recreated at Cirencester Museum from the evidence that survived and while organic remains such as wood and textile have rotted away, small traces can sometimes be seen “fossilised” in the corrosion of metal objects.

However the most dramatic recreation came courtesy of facial anthropologist Professor Caroline Wilkinson who now heads up the ‘Face Lab’ of Liverpool John Moores University. Professor Wilkinson, then at Manchester University, spent two years between 2002 and 2004 working on the complex wax reconstruction. 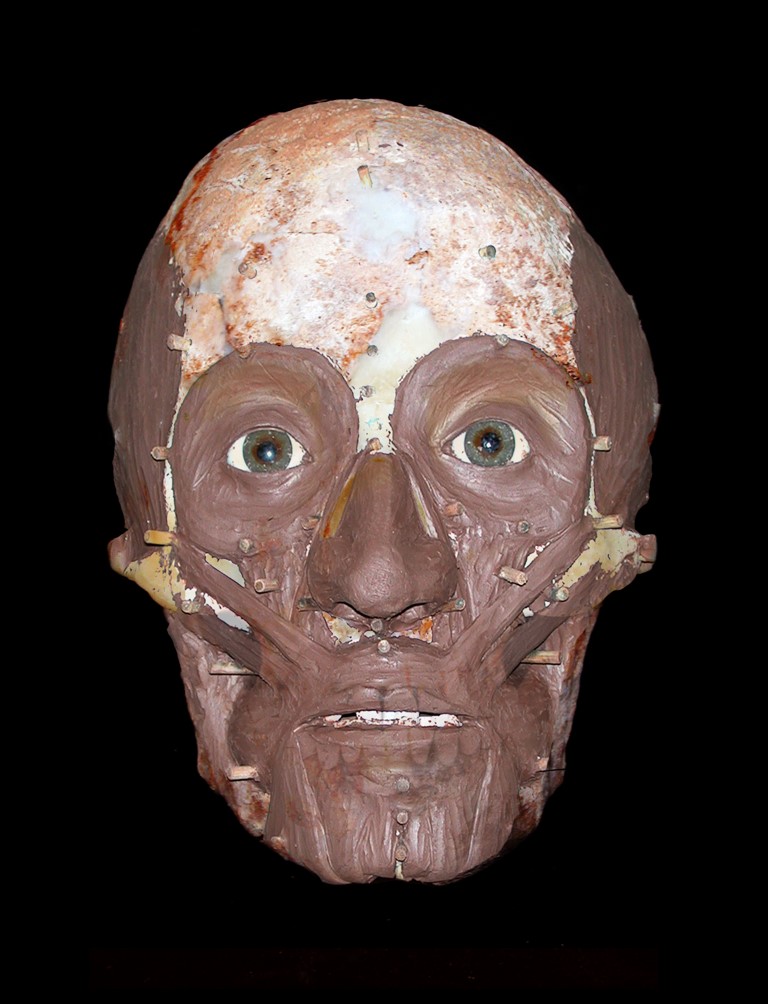 Using the actual skull the face was forensically reconstructed using a blend of science and art including digital imaging techniques and a deep knowledge of anthropology and anatomy.

The careful craniofacial superimposition and skull reassembly was painstaking, and involved carefully building up a picture of this ancient high status woman, layer by layer. 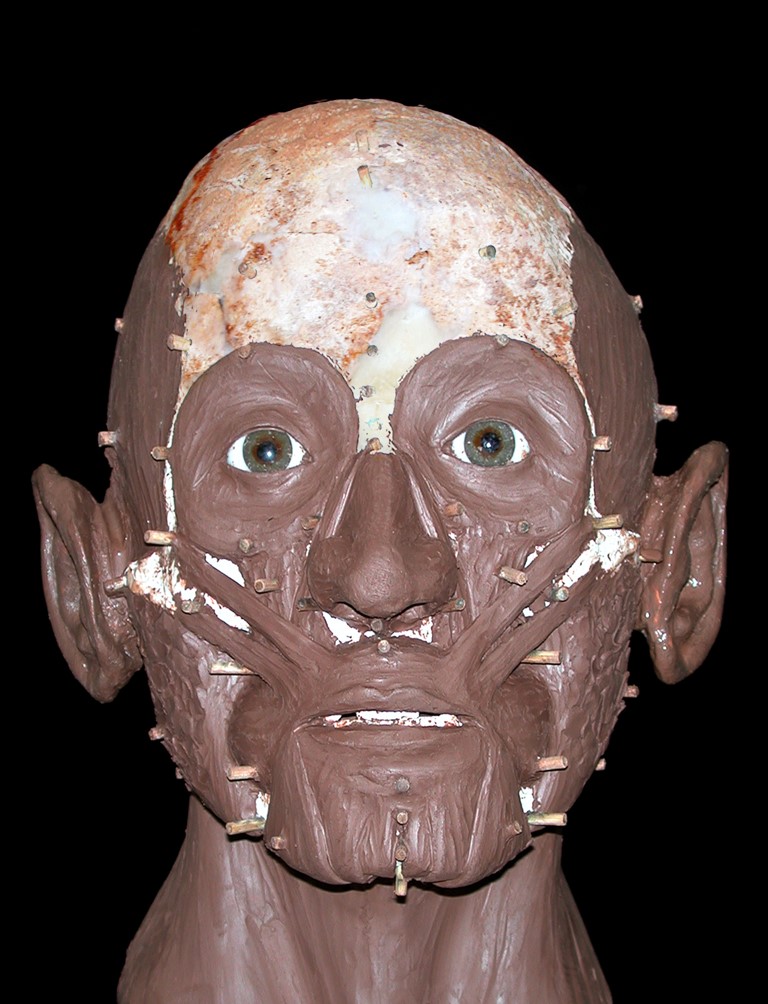 The original skull fragments were reassembled and repairs made to the eye orbits, nose sockets and cheekbones. Missing teeth were added. The eyes were then added before pegs were fixed to the face to denote the depth of muscle and tissue

The nose and pads of fat around the eyes were then developed before the ears and remaining muscle tissue was built up around the neck allowing the skin to be added. 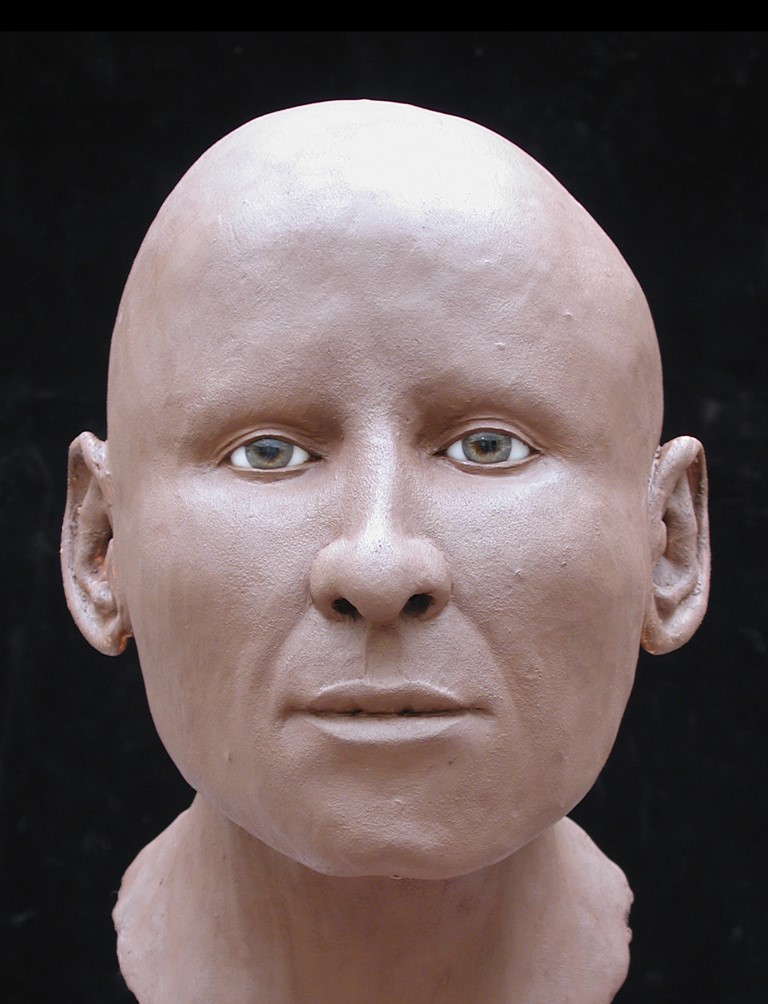 A graduate of the University of Manchester, where between 2000 and 2005 she led the Unit of Art in Medicine and developed a 3D facial reconstruction system for forensic and archaeological depiction, Professor Wilkisnon’s work includes facial depictions of Richard III, St Nicolas, J.S. Bach, Rameses II and Mary, Queen of Scots. 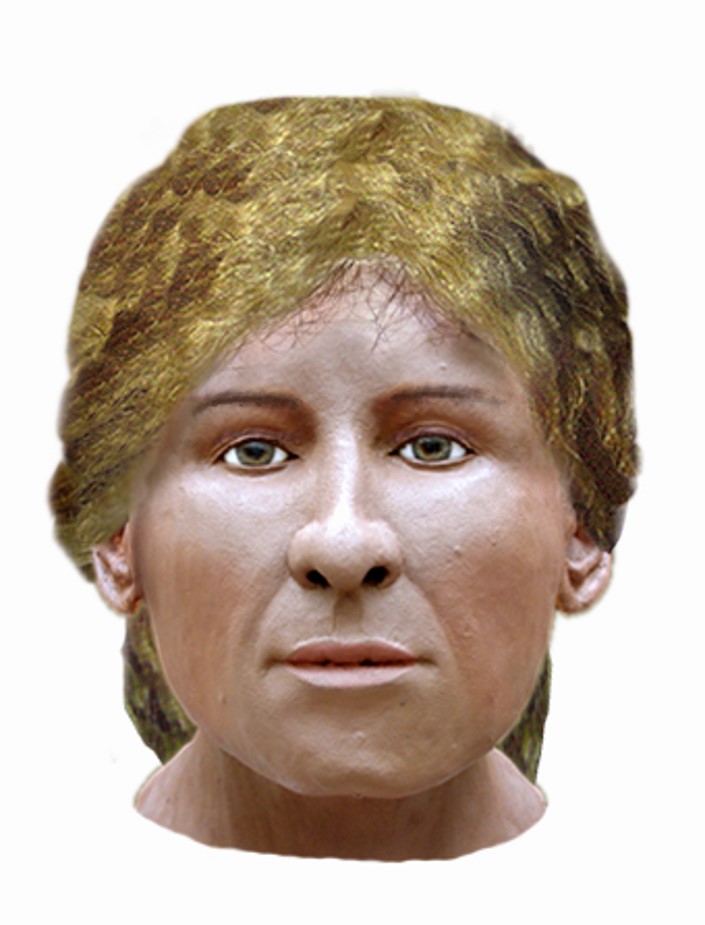 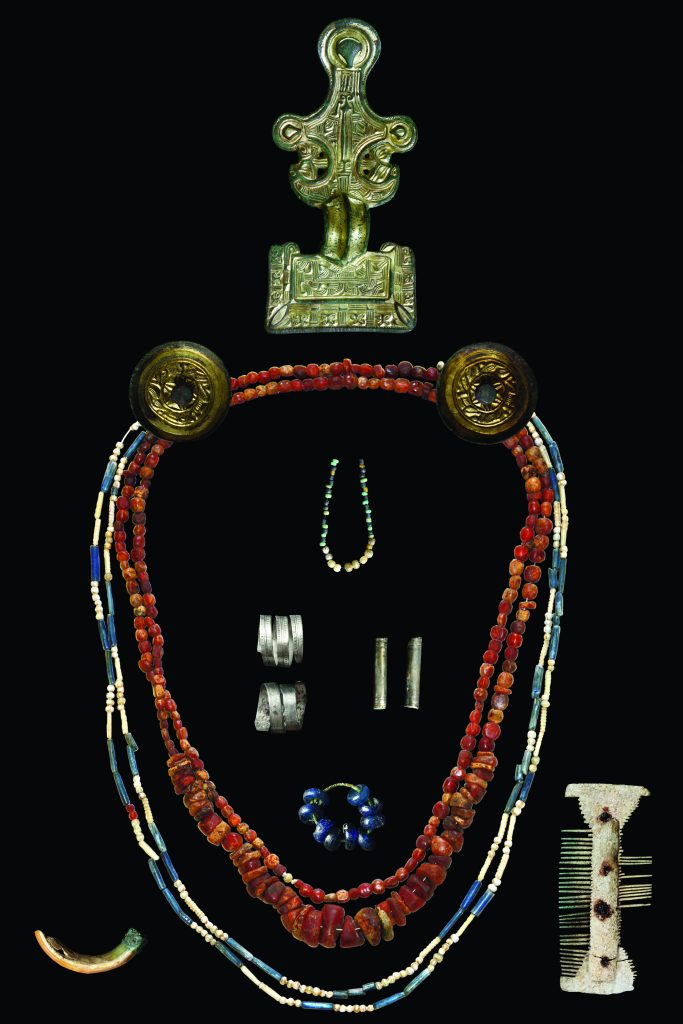