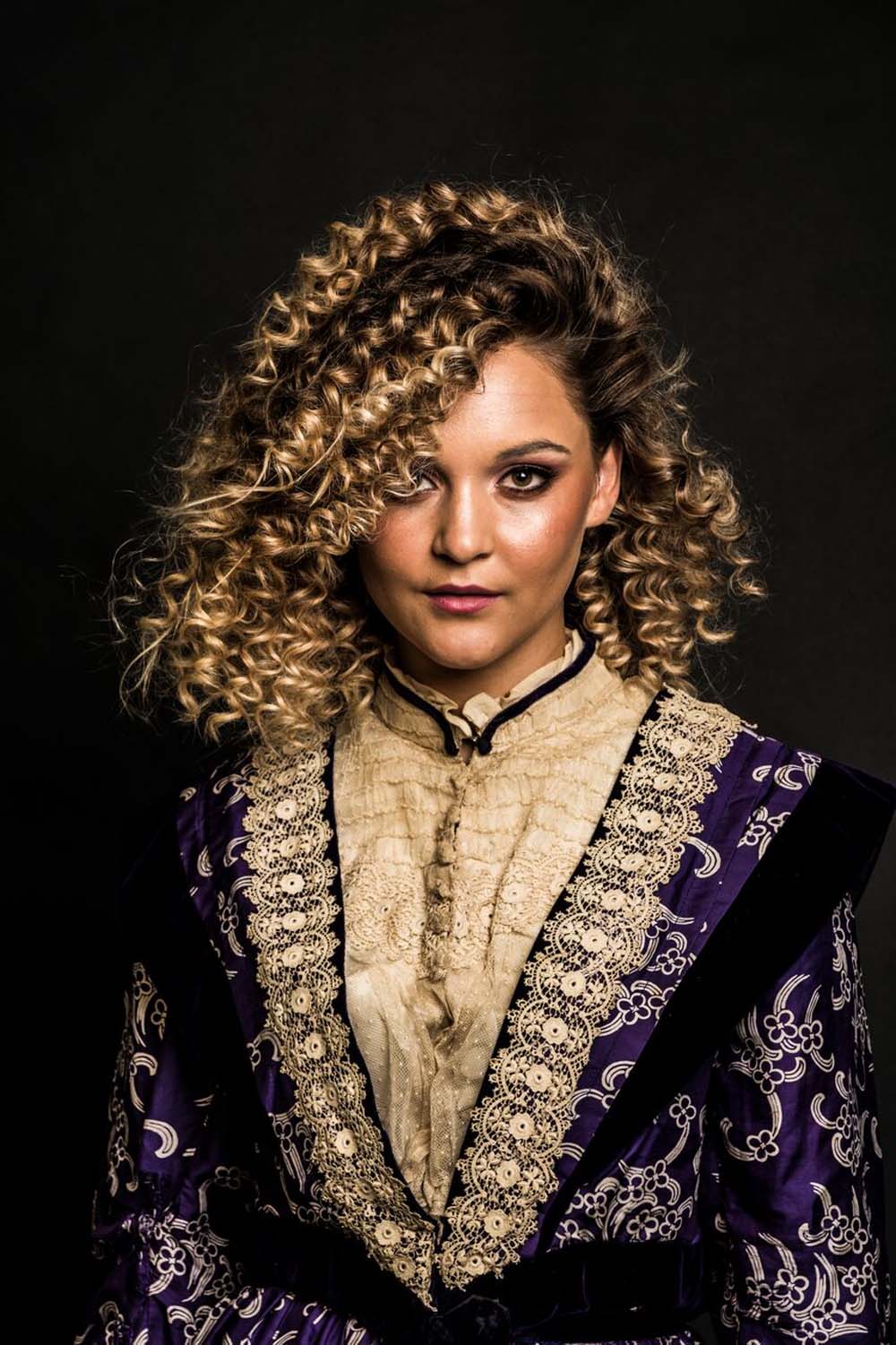 Fashion from the 1800s in the collection of Grosvenor Museum. Photo Kat Hannon Photography

There are 3000 pieces of clothing in the Grosvenor Museum’s Historic Costume Collection and a further 2000 pieces of jewellery, shoes, dress patterns and associated objects.

The museum started collecting clothes in earnest from the 1980s onwards and the items were all donations. At this time, the museum had an influx of civic costumes such as the now defunct ‘Javelin Men’s’ outfits as well as racing silks from the former Tarporley racecourse.

It was a time when people began to see the value of preserving old clothes and accessories that in previous decades they might have thrown out as ‘too old fashioned and ugly’.

Through the years, the Museum has accumulated not just modern items – we have some fantastic Georgian clothes such as silk scarves, hats and beautifully embroidered waistcoats – some of which are made with silver sequins and thread. One of my favourite items in the collection is also the oldest – a pale leather ‘hawking’ glove from c. 1680 with exquisite embroidery. 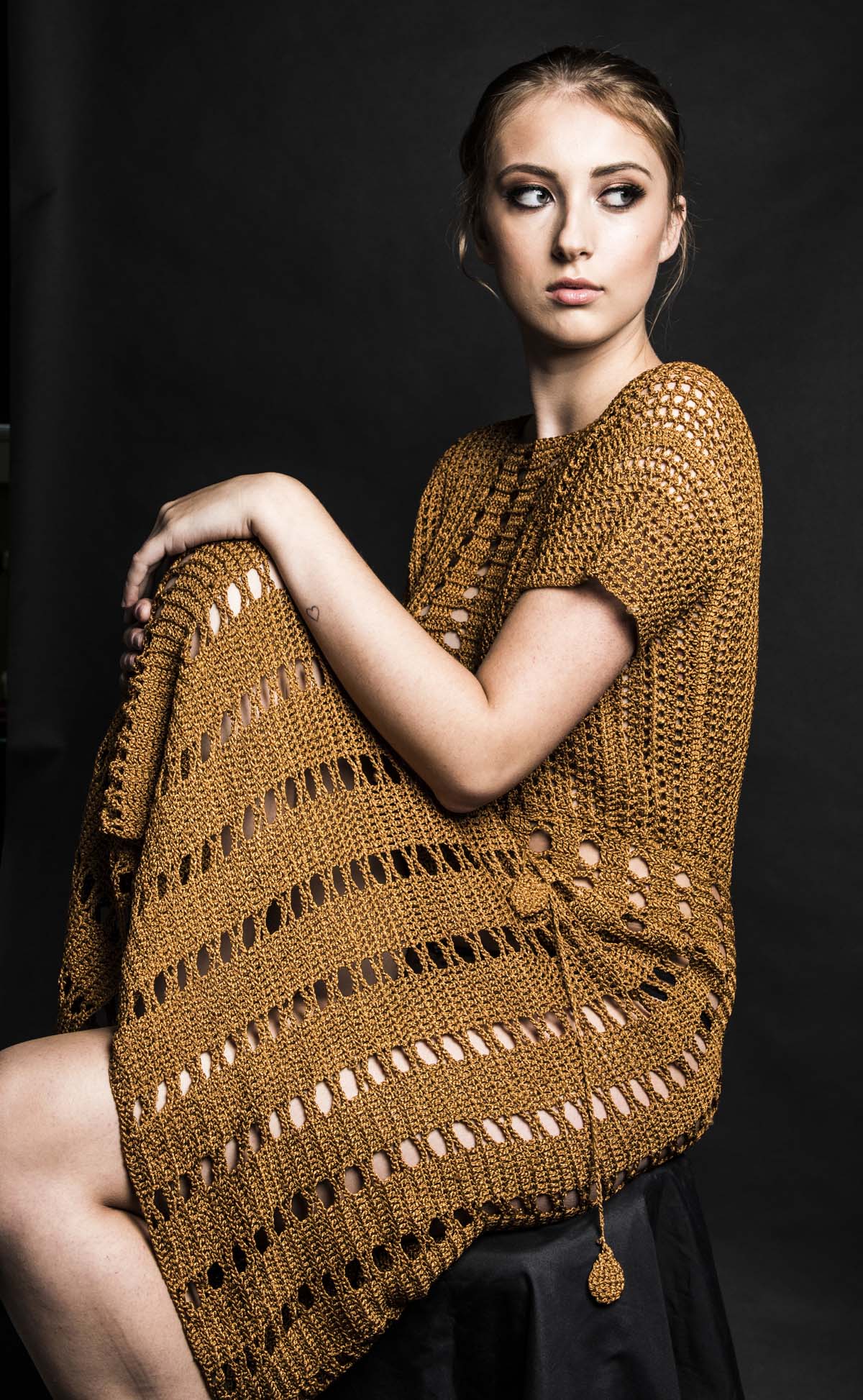 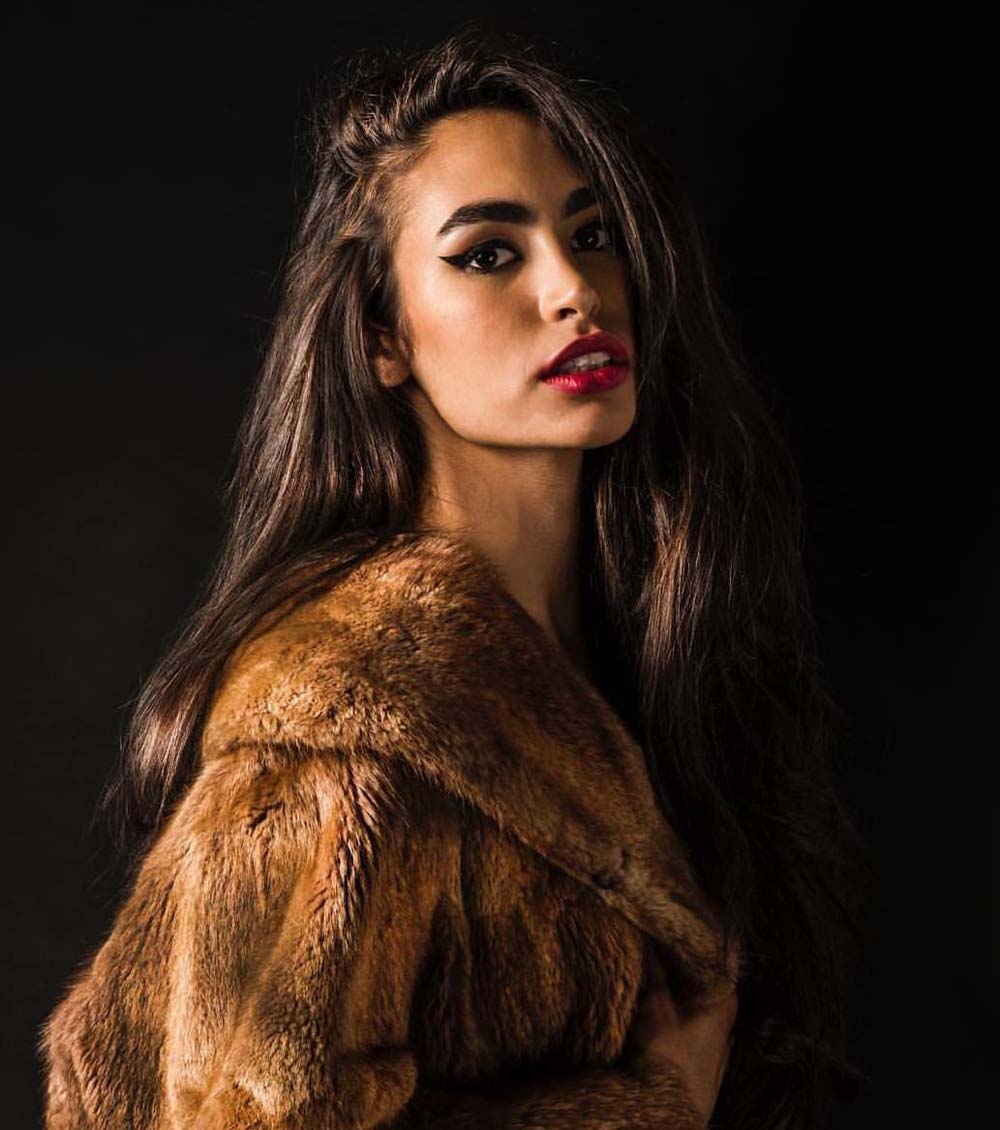 Rarely has second-hand and vintage clothing enjoyed such a surge in interest amongst the fashion-conscious. Some are motivated by saving the planet; others want to escape the treadmill of ‘fast fashion’ and still others just want to enjoy the freedom and variety of retro dressing.

A-list celebrities like Kim Kardashian are wearing vintage clothes and increasingly shops like Selfridges, Mulberry and Asda are opening second-hand and vintage areas within their stores.

The Museum has previously exhibited an exciting exhibition on coins, where models posed in profile, with their clothes and hair adapted to look like the profile on the coins. It was extraordinary how people were captivated by this approach.

Mention going to see a costume collection in a museum and people’s eyes may glaze over as they imagine Victorian dresses in dull cases. But give them a glossy image of a model wearing the same clothes plus some historical context and they are entranced. I call it the ‘fashion magazine’ moment when they quite literally seem to see things with different eyes’.

More than we ever think, our clothes are a reflection of the times we live in. Curated Closet’ is designed to draw attention to this link. For instance, in the late 1940s wartime thrift, ingenuity and guile were the fashion watchwords. 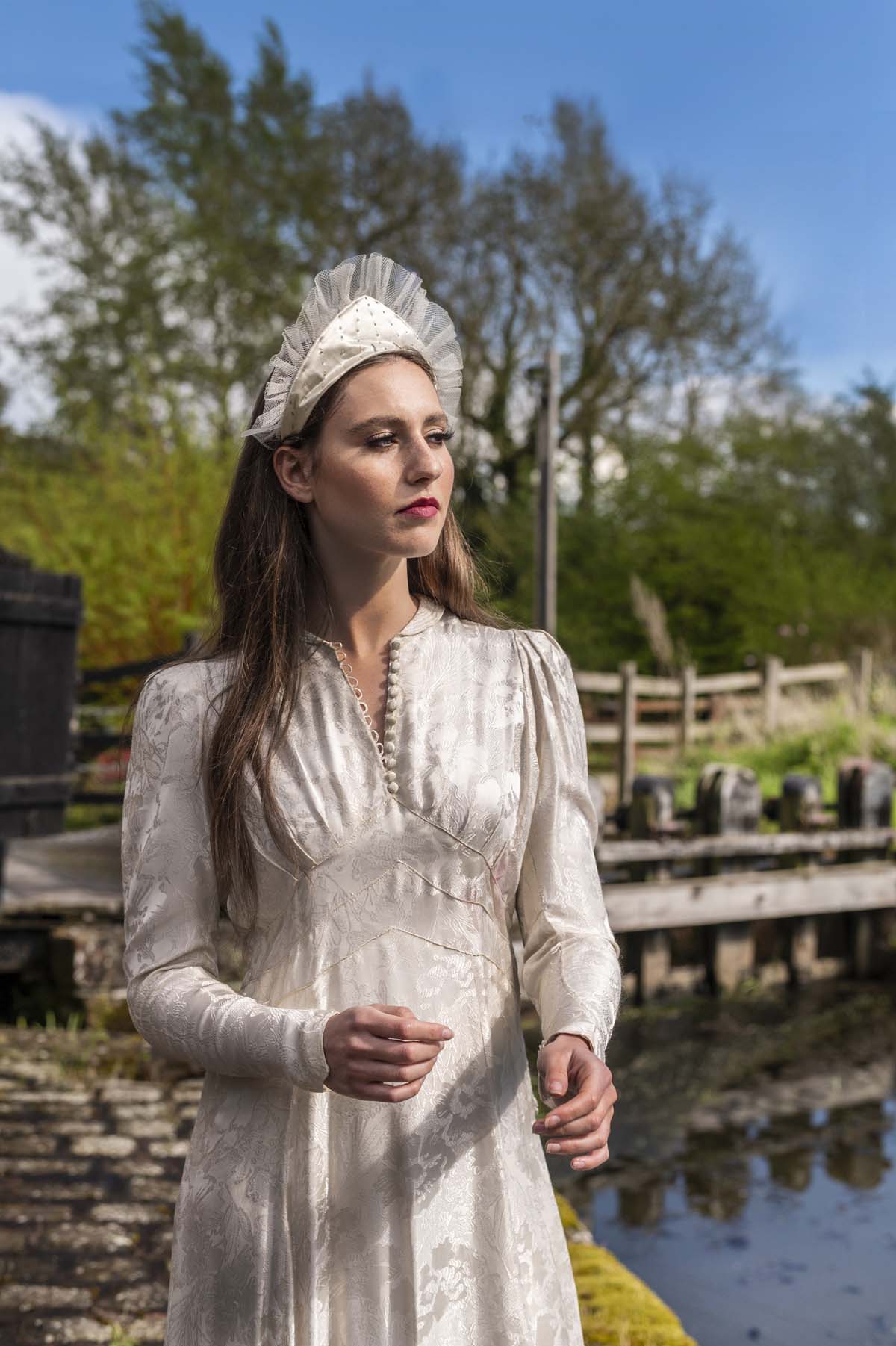 Fashion stalled in Britain in the 1940s with the wartime rationing of clothing. Initially adults were given 66 coupons per person per year but this fell to just 24 coupons for eight months in 1945-6. It is no wonder that this period is remembered as the ‘make do and mend’ years.

With a dress costing 11 coupons, you now look at a wedding dress like the 1940s ‘utility’ wedding dress (see above) in a new light. Saving clothing coupons for this dress must have been a strain on the bride as it would have completely dictated what dress could be made.

The wartime economies of this dress are only really evident when examining it from inside – it is not lined and every bit of material has been used, including the fabric’s salvage edge. The bride must have thought hard about the extra material for the long sleeves that taper into a V-shaped point at the hand and the tiny train.

But in areas where it was simply time and effort, such as in the covered buttons of the sleeves and bodice and in the figure-hugging fit, huge effort was put into making the dress stylish and memorable. 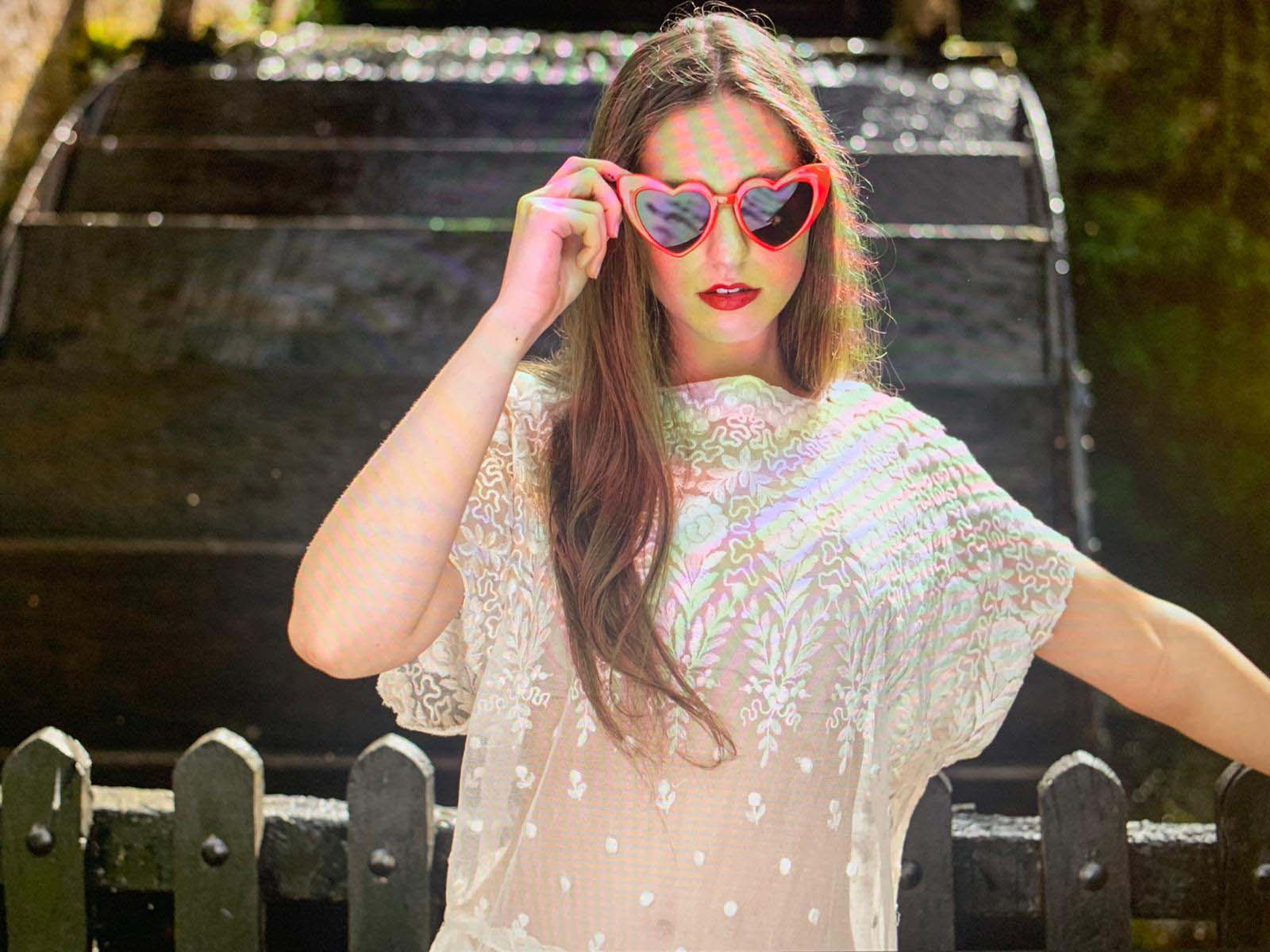 During the First World War women had experienced freedom through work and in the 1920s they rejected formality in favour of comfort and simplicity. Drop waists, soft lines, straight tailoring, women in the 1920s were tearing up the rule book on traditional restrictive dresses.

Many of these new fashion trends can be seen in the beautiful example of a 1920s wedding dress from the Grosvenor Museum’s collection. Note the lovely machine-made, ‘needle run lace’ that gave glamour to the simple shape of this drop waist ivory dress – a dress that was about independence and change as much as it was about simply a new trend in fashion.

The ‘jazz’ generation famously turned heads with its signature ‘flapper dress’ (eligible men post-war were in short supply so a girl needed to make an impact) and for the first time women started wearing sportswear as day wear. Women also enjoyed the freedom of bobbing their hair or even going for an androgenous Eton Crop (very short and slicked back). 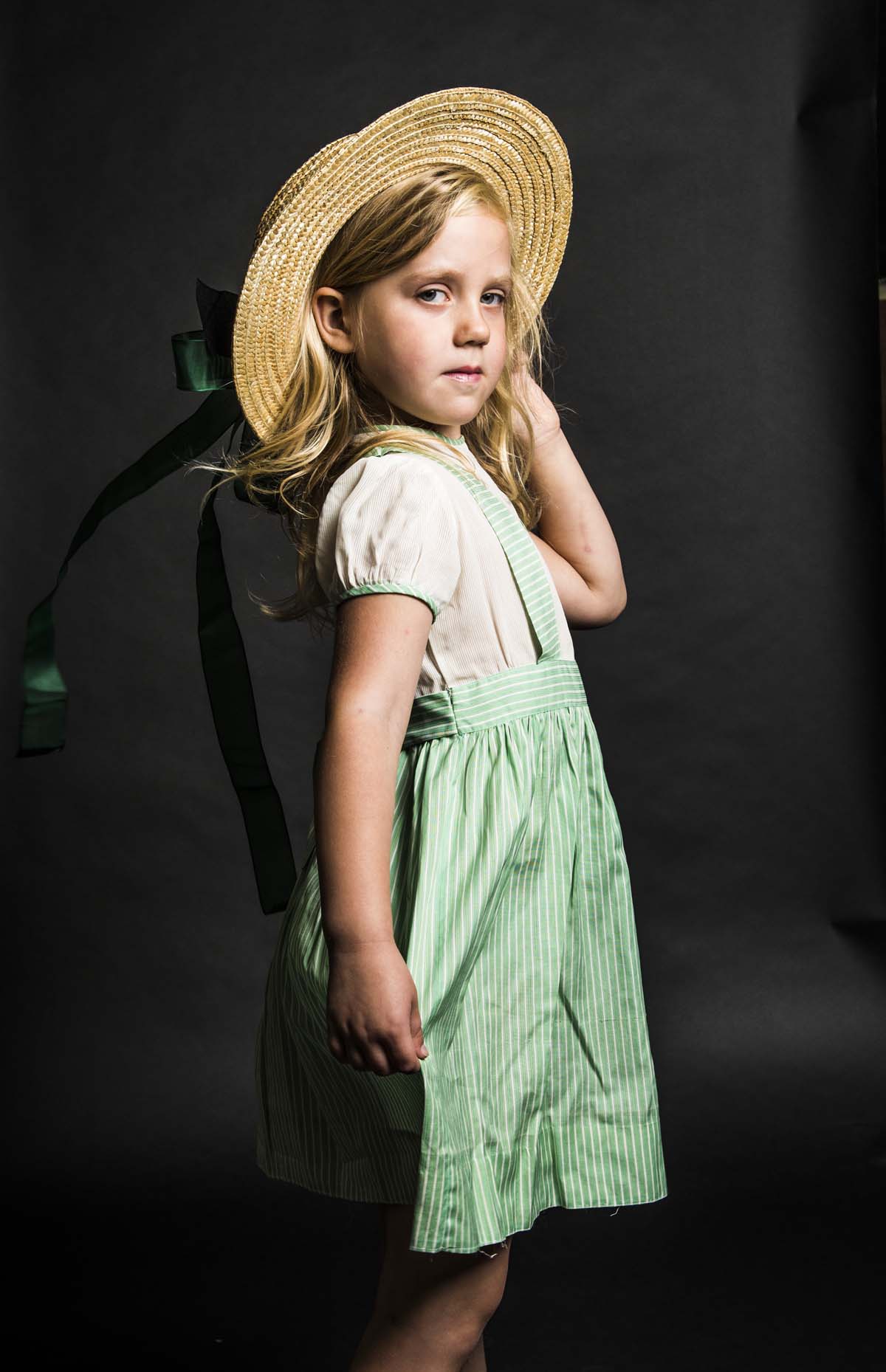 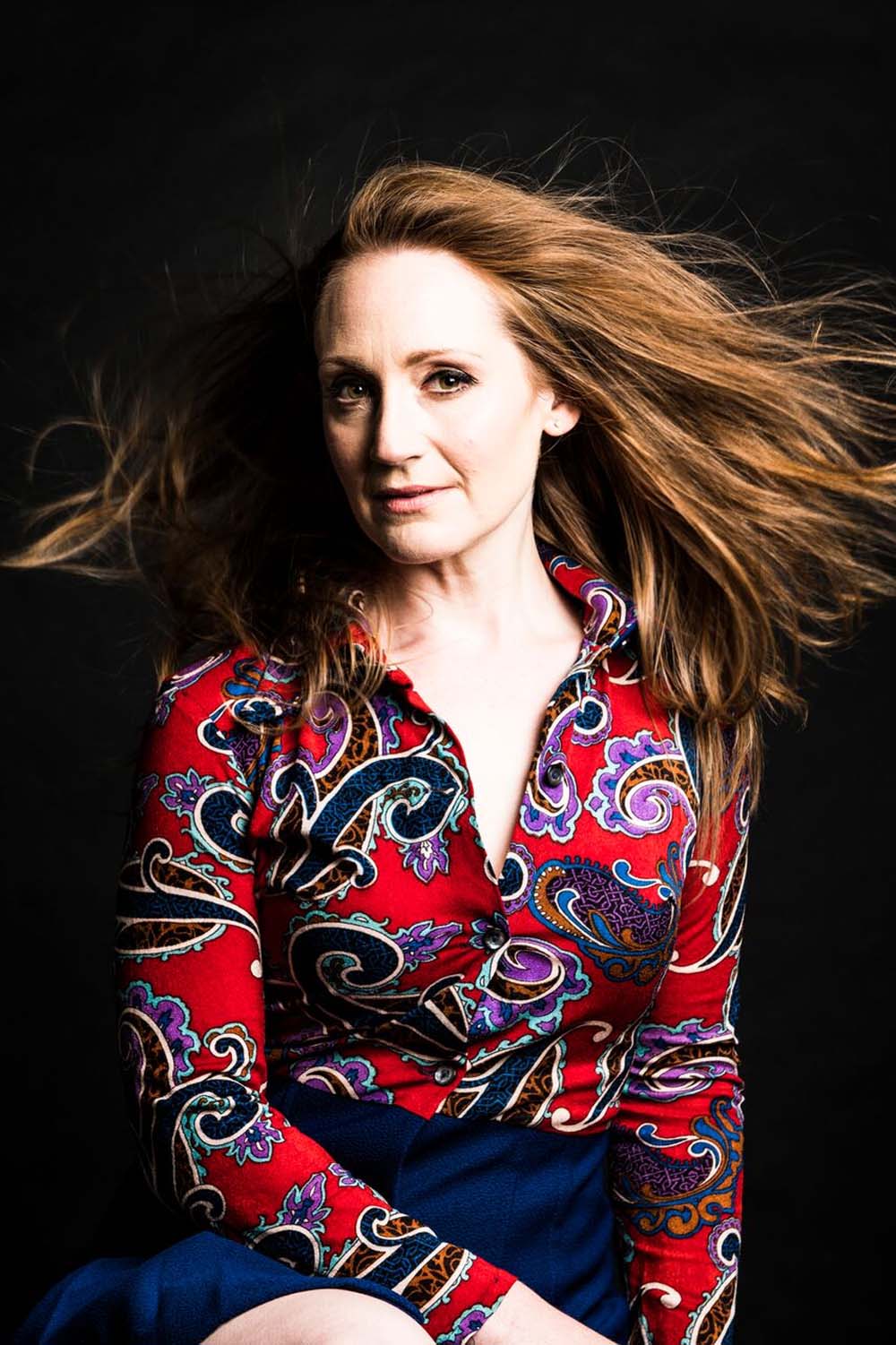 At Chester’s Grosvenor Museum, the exhibition features a fun fashion ‘catwalk’ with pictures and clothes displayed along with jewellery and accessories. At the award-winning Lion Salt Works Museum in Northwich, Cheshire, pictures of wedding dresses will be on display.

The glamorous shots of the wedding dresses have been taken in the evocative grounds of the Lion Salt Works and its sister West Cheshire Museum, Stretton Mill, near Chester.

More information on both exhibitions can be found at www.westcheshiremusuems.co.uk

The Grosvenor Museum was founded in 1885 and its origins are linked to the Chester Society of Natural Science Literature & Art founded by Charles Kingsley in 1871, and to Chester Archaeological Society. The Museum holds an internationally important collection of Roman Stones, found in the City walls in the…