Manx National Heritage is opening a new Military History Gallery at the Manx Museum in November 2018 exploring the Isle of Man’s involvement in nearly three centuries of conflict. Here’s a taster of he objects and stories going on display 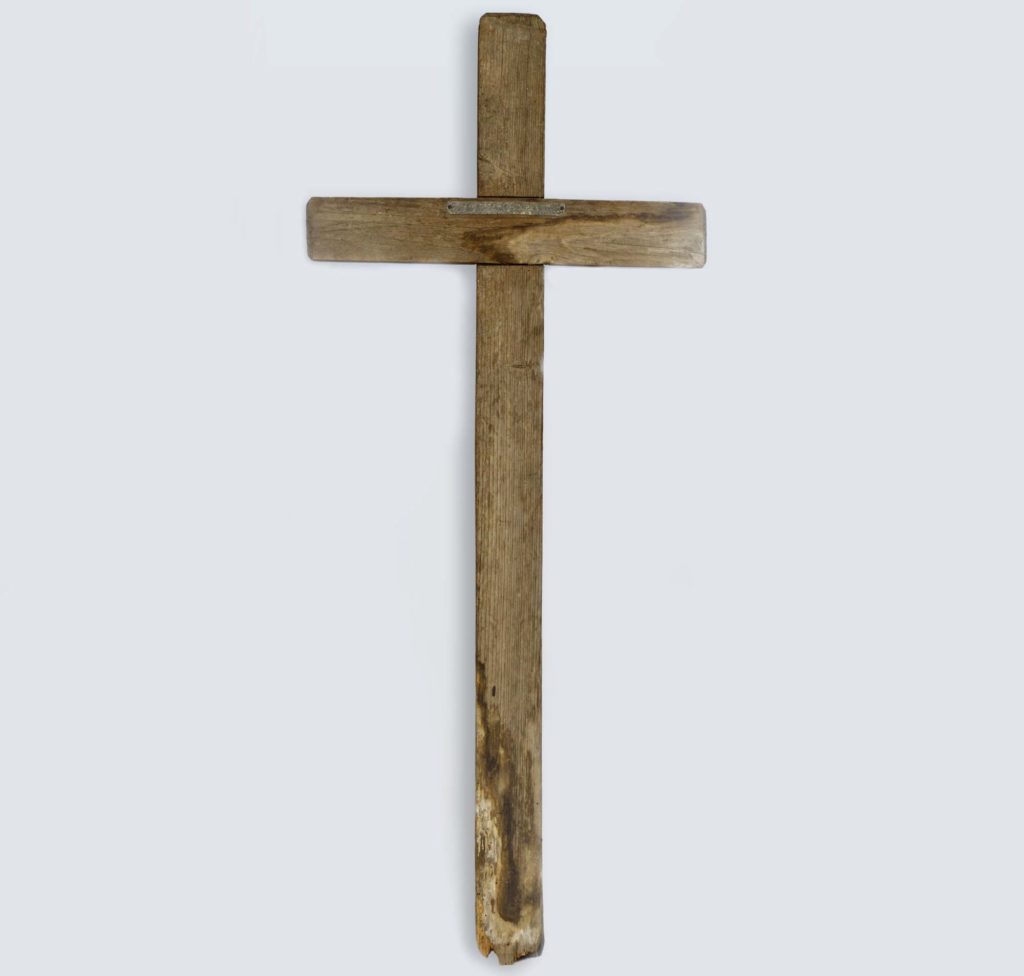 Few objects convey the reality of war on the Western Front as powerfully as this simple wooden cross, which once marked a Manx soldier’s battlefield grave. Thomas Corlett of Ballaugh, Isle of Man was serving with the 3rd Australian Pioneer Battalion when he was killed by a shell on 19 October 1917, during the Third Battle of Ypres (Passchendaele). This grave marker stood above the spot where he was buried, until in the 1920s his body was moved to White House Cemetery, near Ypres. Here it was replaced by a permanent headstone. Families were then able, if they wished, to claim the original wooden cross.

For many years it remained with his family in Ballaugh until it was loaned to the Manx Museum as part of a First World War exhibition. The cross was donated to Manx National Heritage by Michael Christian, great nephew of Thomas Corlett, and his wider family on the Isle of Man.

“This donation helps us to tell the story of Manx people’s experience of the First World War,” says Curator Matthew Richardson. “When we first displayed the cross in 2014, it attracted tremendous interest. It represents not just one man, Thomas Corlett, but all of the Manx people who lost their lives in that conflict. It is tremendously emotive, and I can’t think of a better object to represent the human cost of war.”

Rare notebook from a sailor in Nelson’s fleet 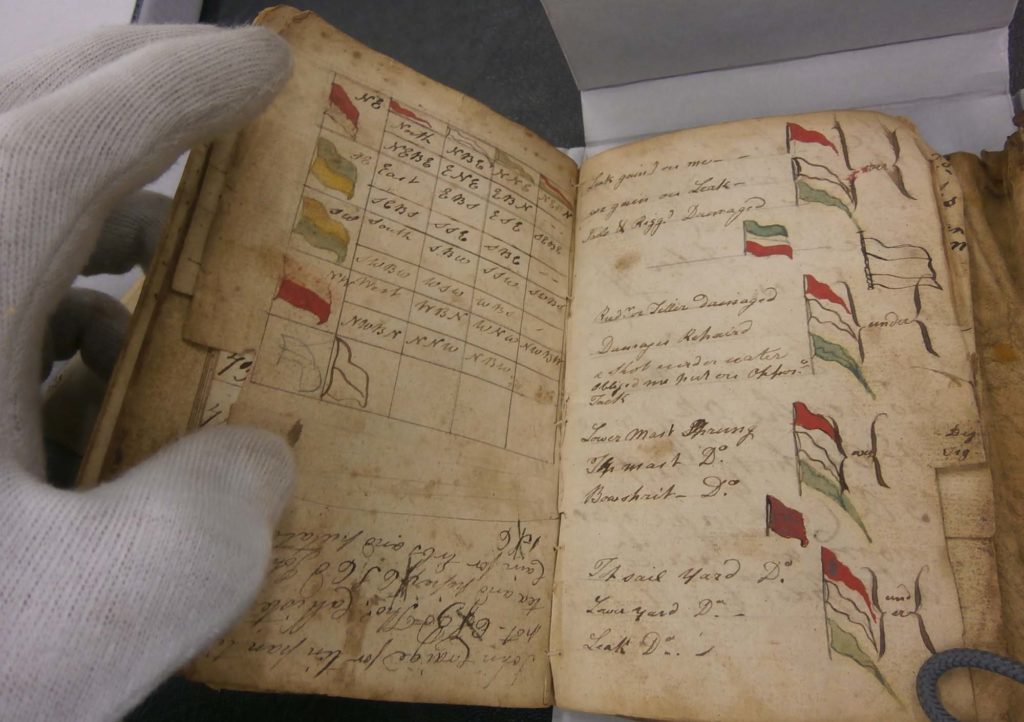 This notebook belonged to Thomas Callister, a Manx fisherman who was impressed by the Royal Navy ship HMS Spider off Port Erin in September 1798. He appears to have acquired it when he went aboard HMS Captain, and the fact that there is writing in several hands suggests that he acquired it second hand, perhaps from a shipmate who had died.

As well as an account of his own service in the Royal Navy, which included several captures of French ships and a cruise to the West Indies, the notebook contains lists of fellow crewmen who served with him. Most intriguingly it contains a coloured illustration of a system of flag codes which were in use by the Royal Navy at this time. This may be the only surviving evidence for this particular code, and is certainly extremely rare. Personal copies of flag codes were frowned upon by the Royal Navy, because of the risk of them falling into enemy hands.

The notebook, which is bound in calfskin, has had each page carefully photographed, and as well as being on display in the new gallery, a digital version will be made available through MNH’s portal www.imuseum.im

The ‘Surrender of the German Fleet’ by Arthur James Wetherall Burgess

This painting shows the Isle of Man Steam Packet Company vessel, King Orry leading the German High Seas Fleet in to the Firth of Forth. The King Orry and her mainly Manx crew had served with the Royal Navy throughout the First World War.

The painting corresponds closely to photographs and official reports of the surrender. The long line of ships, biplanes and an observation balloon add to its authenticity. The King Orry is in her dazzle camouflage paintwork of blues and blacks (in reality, there were also yellows and reds), believed to have been designed by the naval and maritime artist Norman Wilkinson and introduced by the Royal Navy in 1917.

She flies three White Ensigns which form the traditional flag of the Royal Navy. Burgess’ meticulous attention to detail is illustrated by the Blue Ensign on HMS Phaeton which she was told to fly on special orders to the fleet, identifying her as a leading vessel.

Symbolically the King Orry, the only merchant ship amongst the elite vessels of the amassed British and German navies, is shown leading the surrender of the German Fleet. Behind the King Orry is HMS Phaeton, leading a column of seven German Light Cruisers. 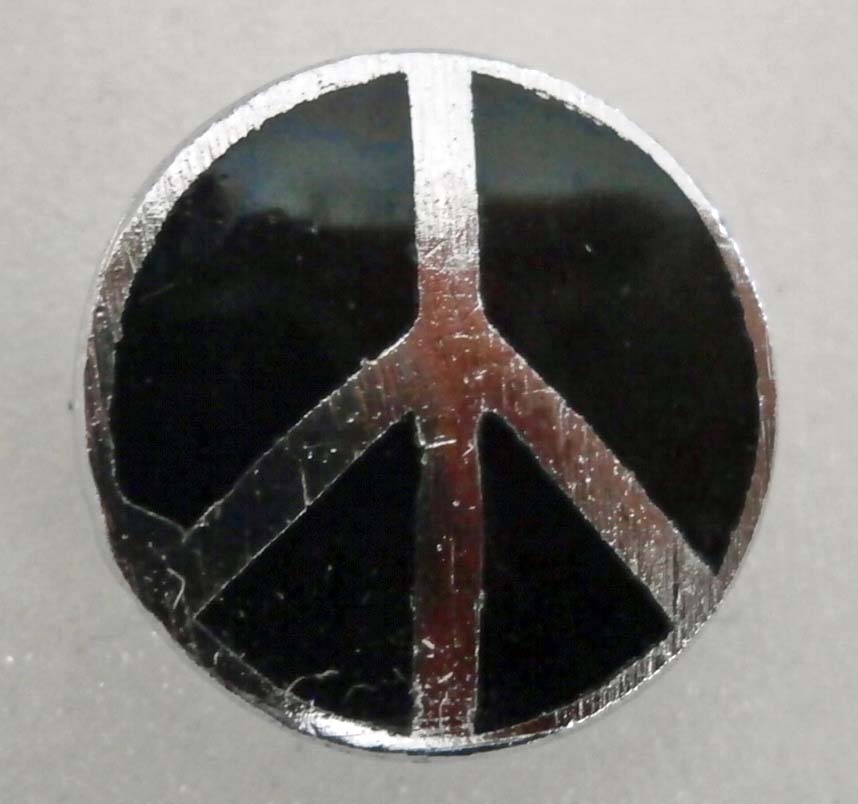 A small black and chrome CND badge with pin fastening, worn by Mrs Mary Branson Chisholm. Mrs Chisholm was born in Douglas and was the daughter-in-law of Manx artist and teacher Peter Chisholm. She joined CND in the 1950s and was active in protests at the time, being arrested in 1958 during a demonstration outside a US nuclear missile base in Norfolk.

Although the people of the Isle of Man have participated in conflict as part of the armed forces of the crown for almost 300 years, the Island has also been home to many who have opposed war or military service. There were a number of men who declared themselves to be conscientious objectors in the two world wars, and at the height of the Cold War, with the nuclear stand-off between east and west becoming ever more tense, Mrs Chisholm was a leading figure in the Campaign for Nuclear Disarmament. 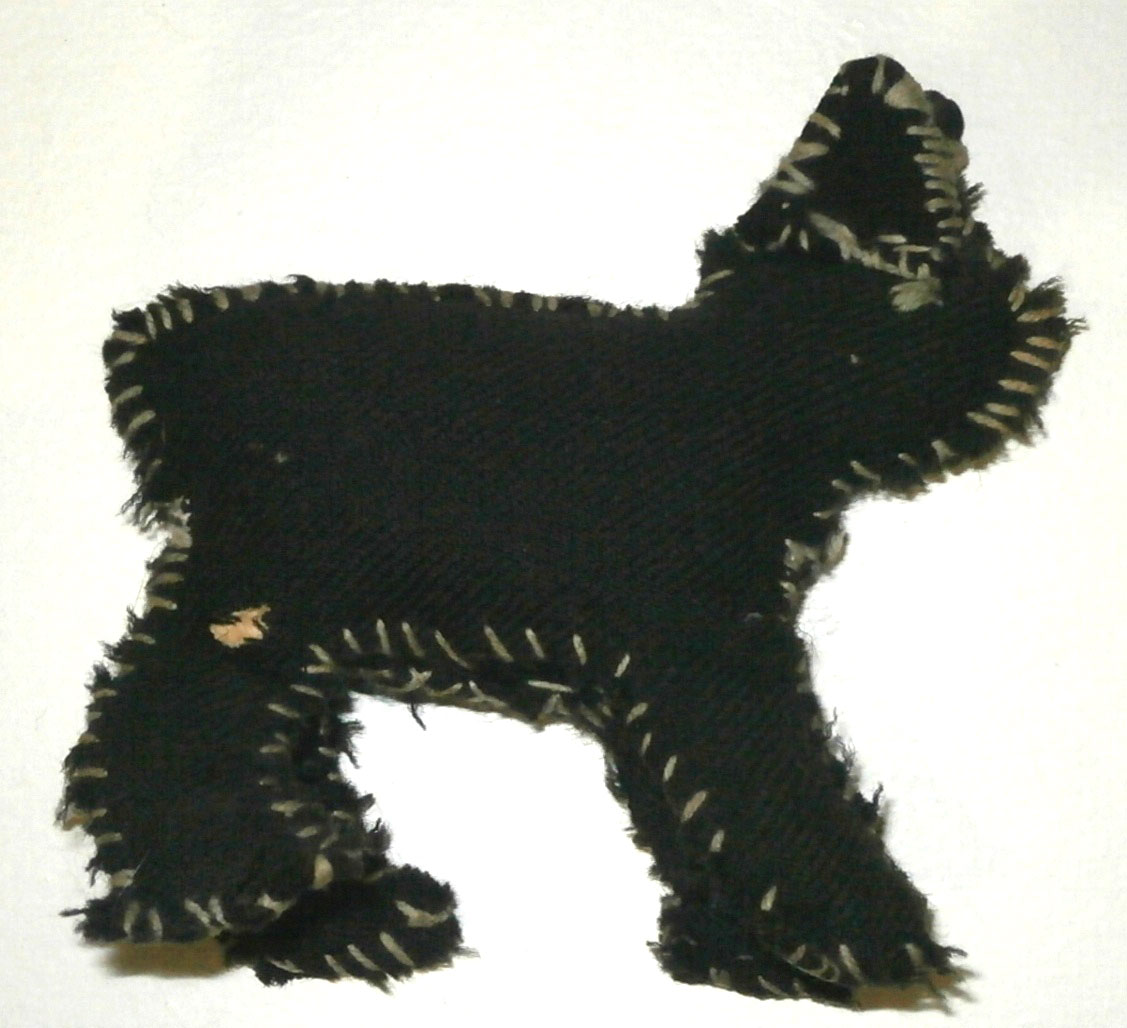 A hand-sewn Manx cat toy, made by the donor’s brother Hans-Christophe Rieger (b.1934), whilst interned as a child on Isle of Man in the Second World War. The donor and her brother were children of Dr Julius Rieger, a pastor at a German church in London who was instrumental in arranging for Jews & anti-Nazis to flee Germany prior to the Second World War. He was none the less interned himself as an enemy alien in 1940.

Unlike the situation in the First World War when only males of military age were arrested, in the Second World War whole families of enemy aliens were interned and sent to the Isle of Man. On the whole families were allowed to remain together, in the Rushen Internment Camp. This camp is believed to be unique in this respect.

Schools and other educational facilities were established for the children within the camp, and Hans-Christophe Rieger made this cat in a sewing lesson at his school. He remembered that the teacher had asked the children to make teddy bears, but being on the Isle of Man he felt it would be more appropriate to make a Manx cat, the symbol of the Island.