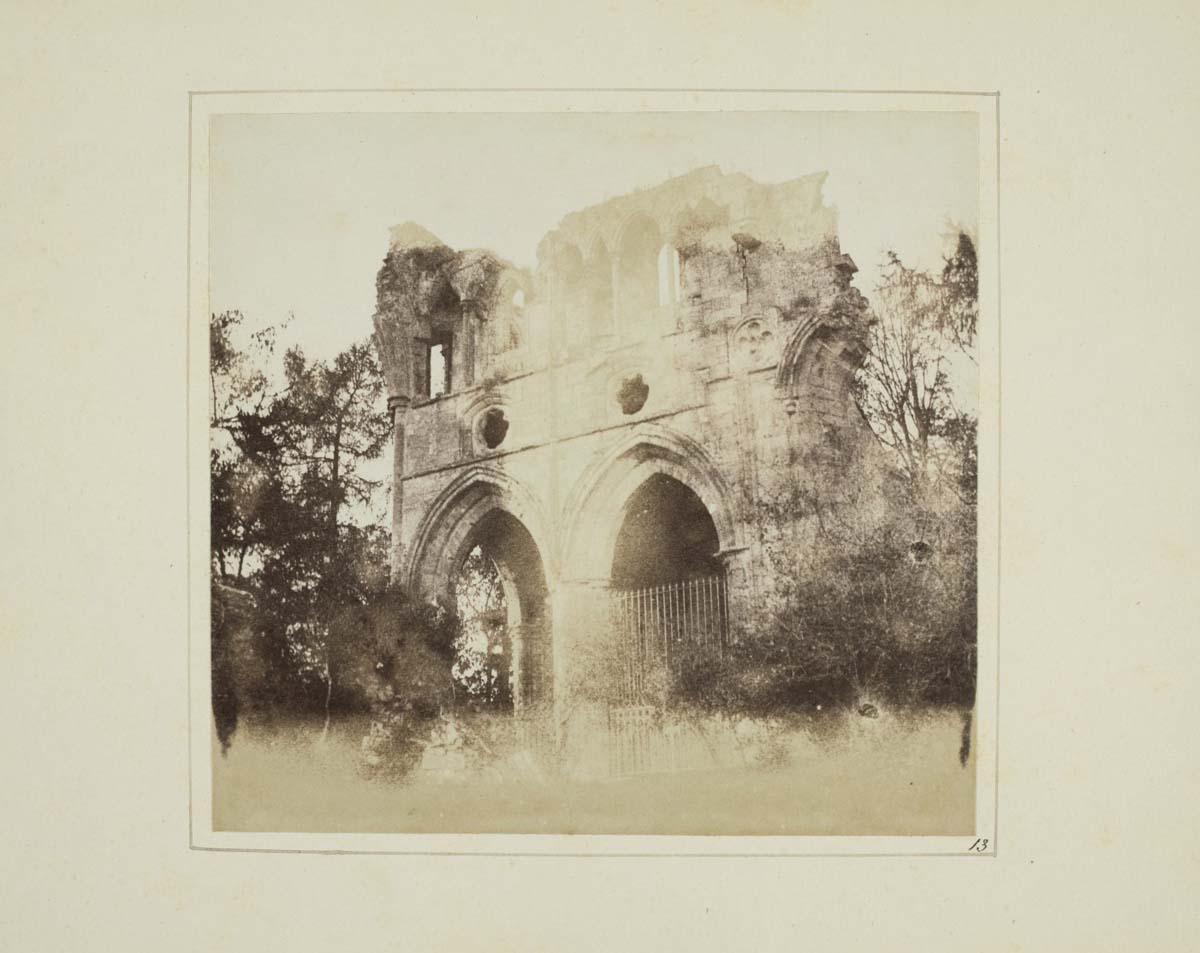 Henry Fox Talbot’s photographs of some of Britain’s most famous monuments and buildings have long been regarded as important documents from the early history of photography.

As well as charting the aesthetic progress of a new artform, they also mark the beginning of photographic historical records being the first time such monuments were captured on camera.

Today they remain the earliest photographs ever taken of Edinburgh, London, and other locations in the UK and France.

An important private collection of these photographs has recently been placed on long-term loan at the Bodleian Libraries, where they are being studied, exhibited and made available digitally. 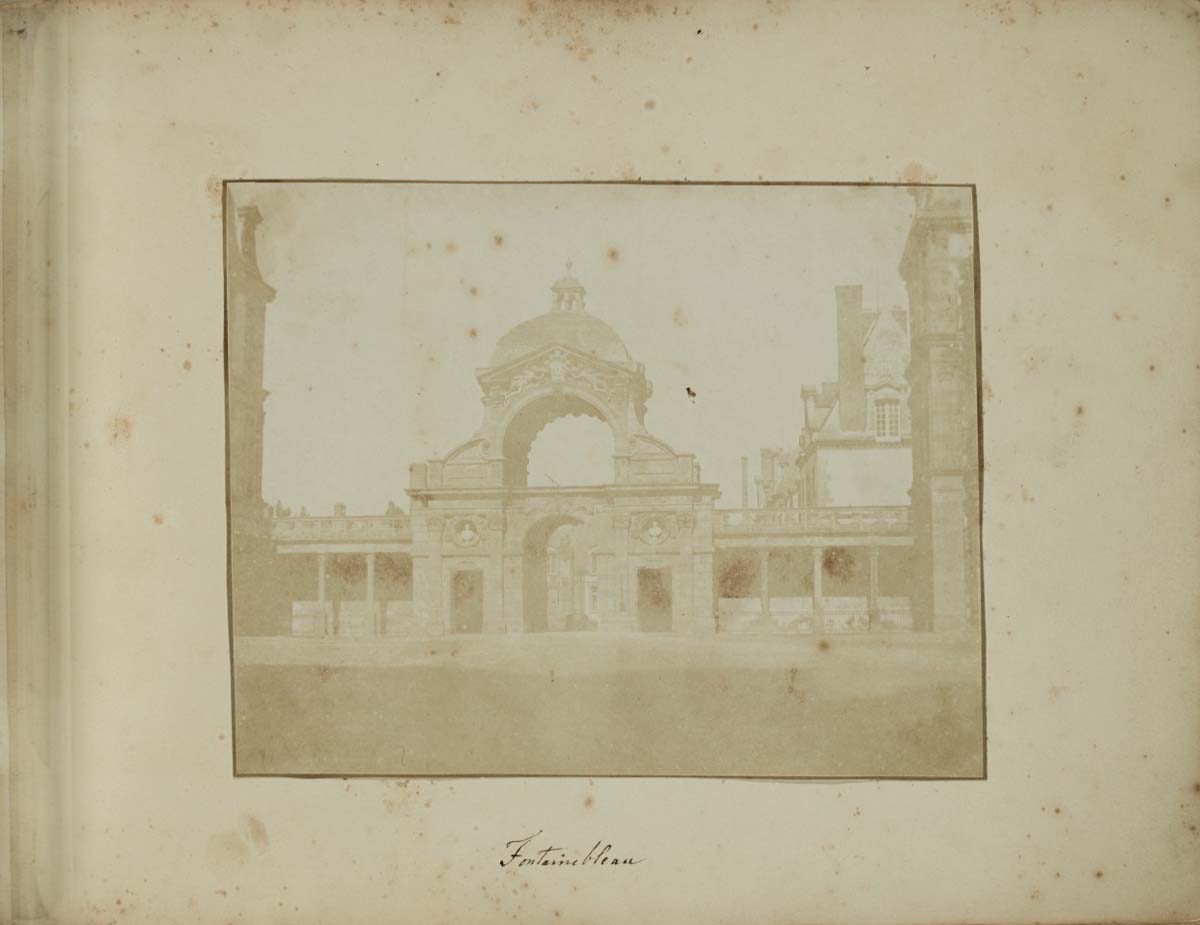 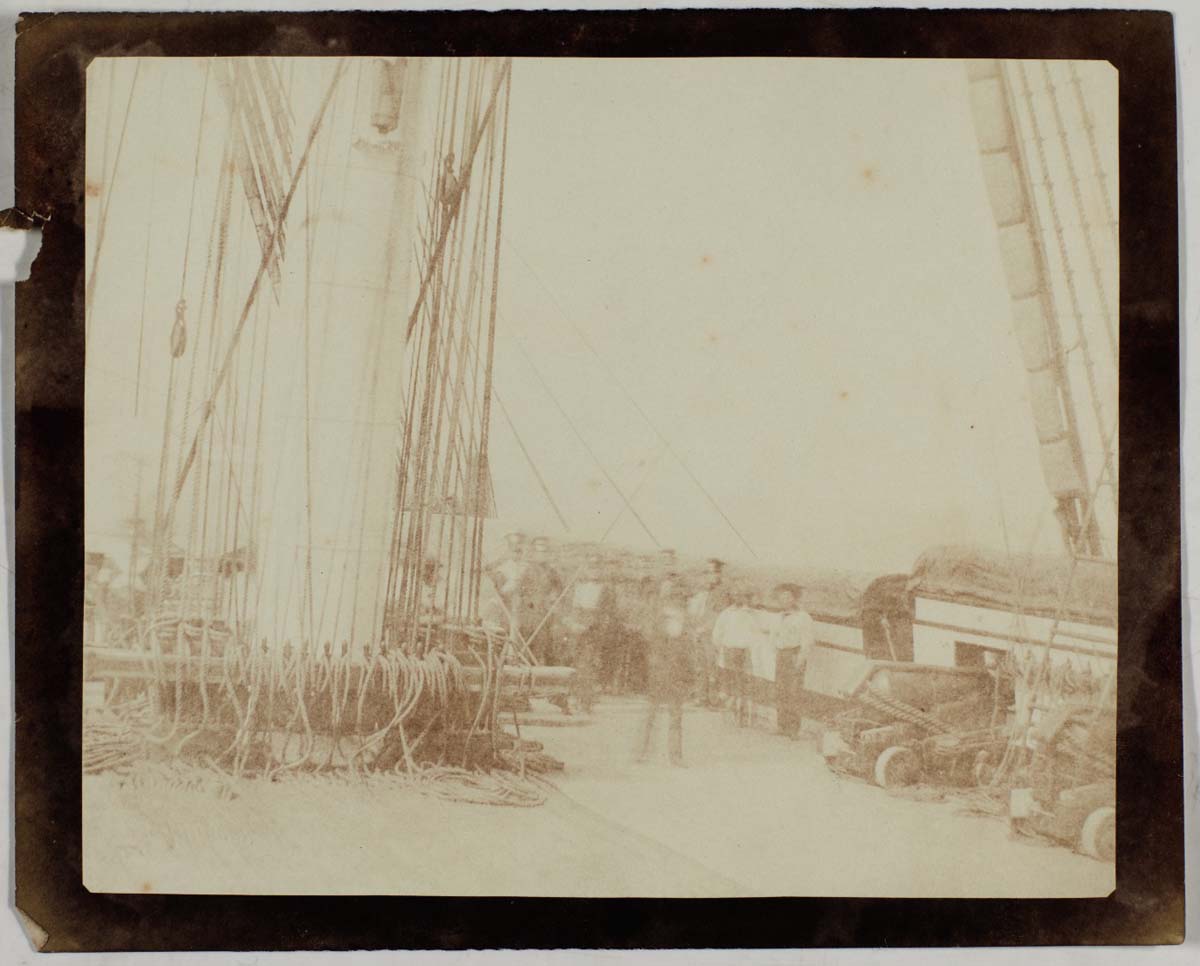 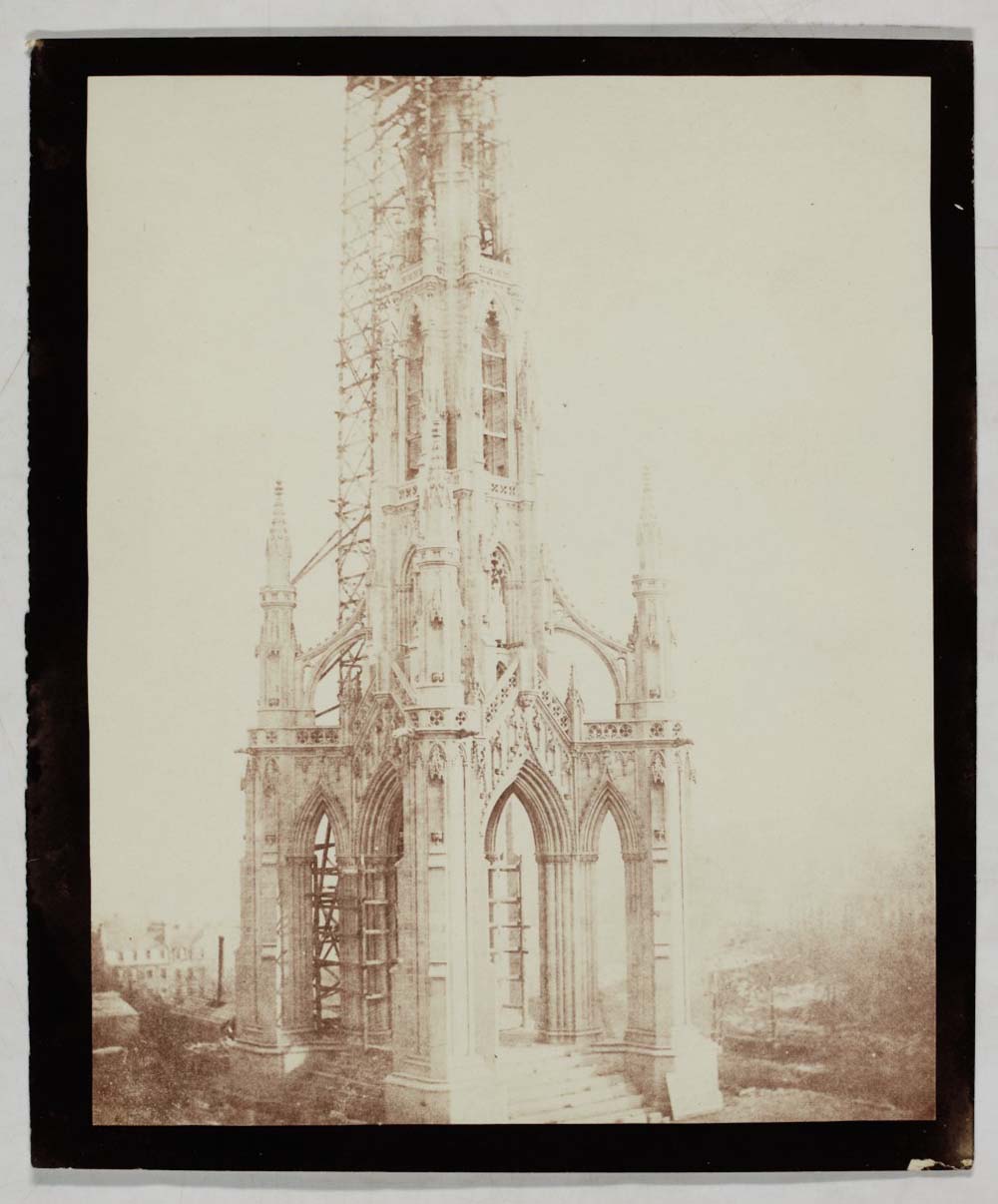 The Scott Monument, Edinburgh, as it appeared during construction. © Bodleian Libraries 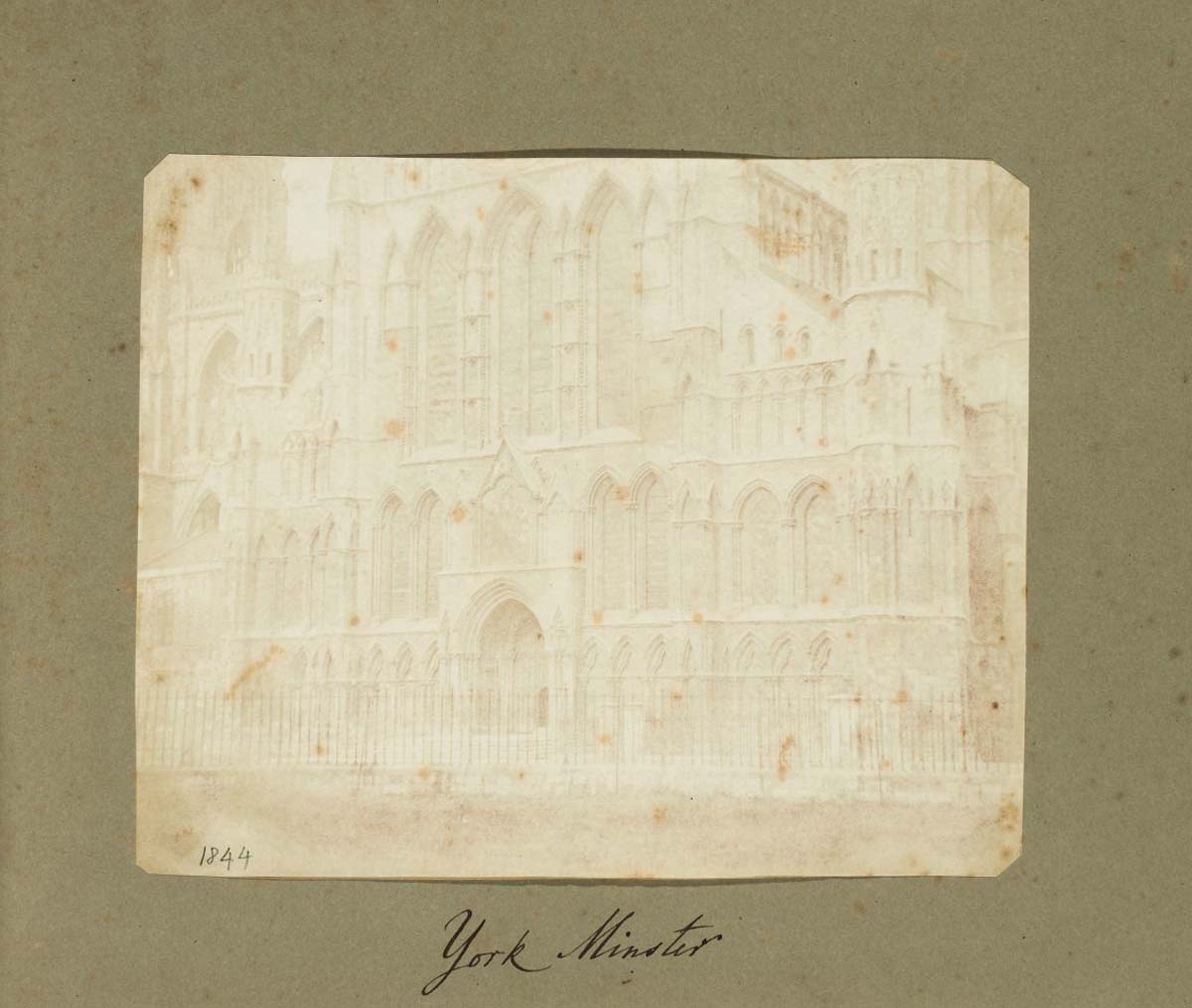 The inventor of modern photography particularly loved his trips to Scotland – as evidenced by what he then described as a series of ‘photogenic drawings’ of various Scottish castles and other notable sites with connections to the author Sir Walter Scott.

He made the two-week photographic trip with his manservant, Nicolaas Henneman, in October 1844 and many of these studies appeared in what has often been referred to as the first illustrated monograph, ‘Sun Pictures of Scotland’ which he issued in 1845.

Talbot made 100 copies of the pioneering tome, which was available by subscription – with Queen Victoria among the subscribers – but there are believed to be only 20 surviving copies, one of which now resides safely with the Bodleian.

Talbot captured the ruined medieval castle of Doune atmospherically hugging the horizon of a mound, in an image befitting of its role in Sir Walter Scott’s novel Waverley in which it’s described as a “gloomy yet picturesque structure”. 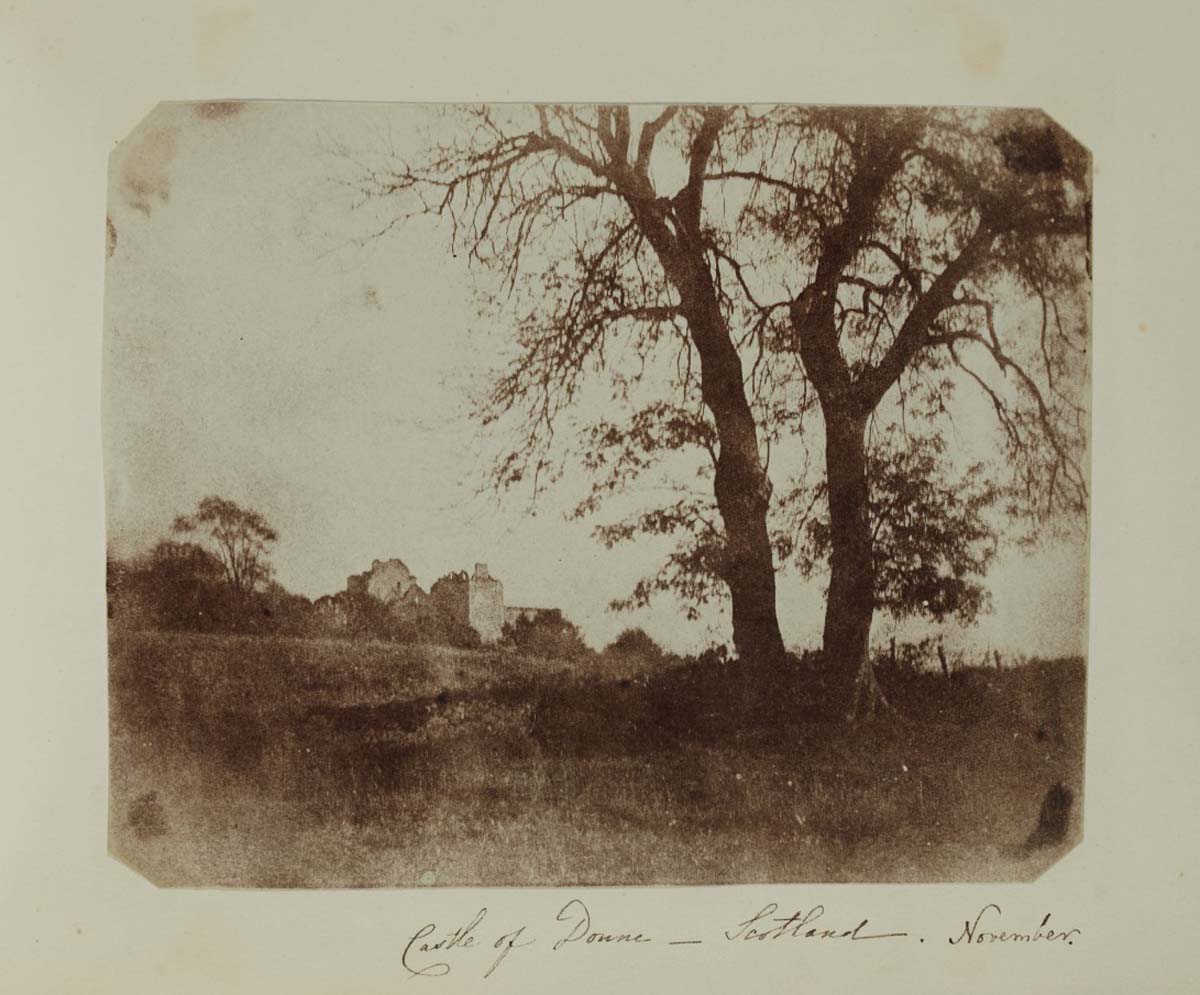 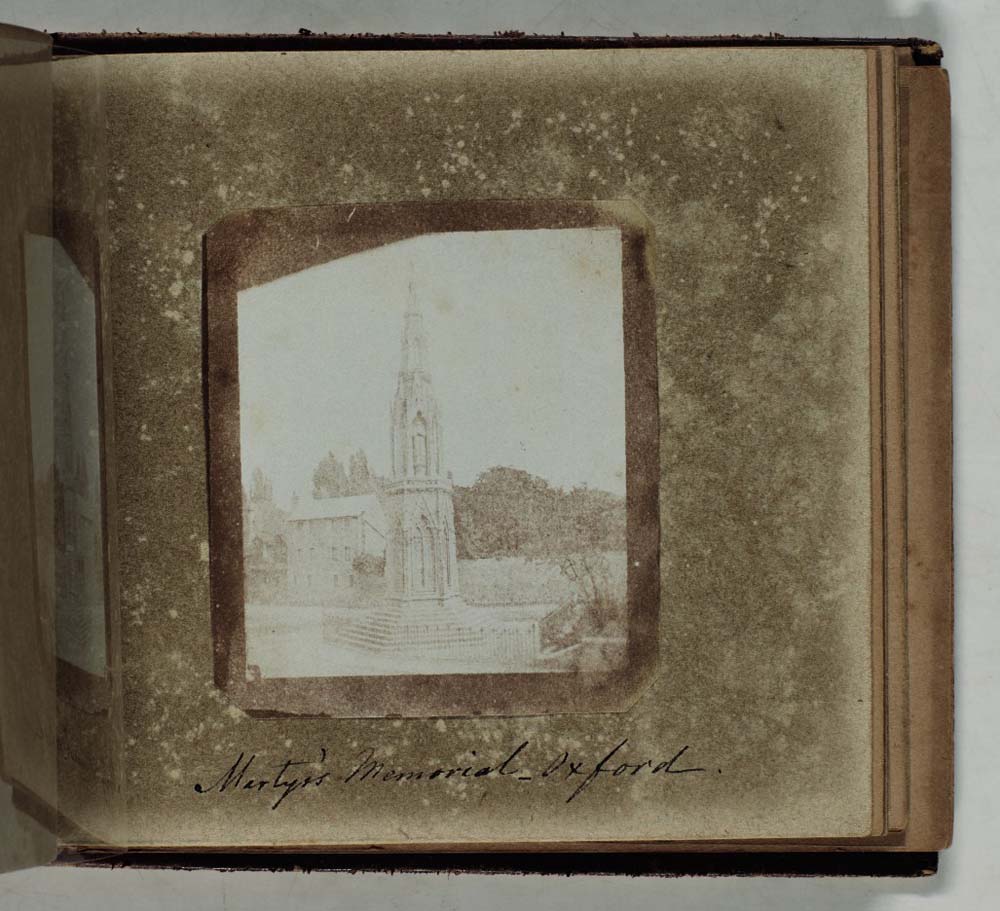 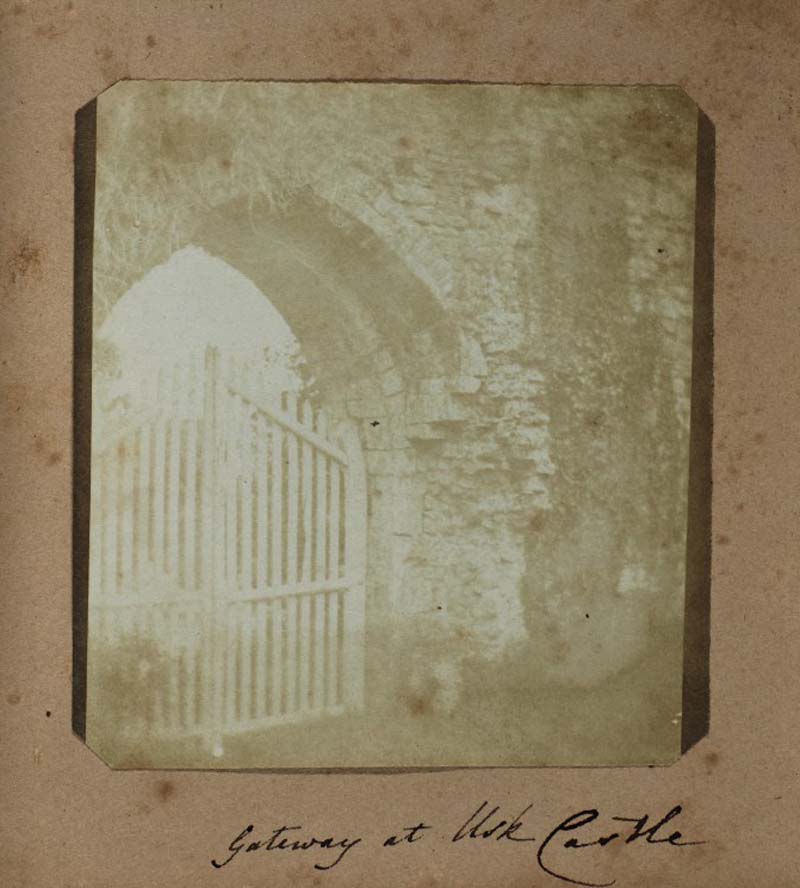 Scott’s tomb, within the Gothic ruin of Dryburgh Abbey, was brilliantly captured in all its brooding splendour by Fox Talbot although, like many plates in the collection, its original rich brown tones have faded to a ghostly hue. (To see it in its original form take a look at this copy in the Met Museum collection).

According to Professor Larry J Schaaf who has been overseeing the Bodleian’s ongoing project to produce a Catalogue Raisonné many of the prints that appeared in the copies of Sun Pictures of Scotland were insufficiently fixed and washed by Henneman, which accounts for their often faded condition.

Beyond his Scott pilgrimage, which also captured the Scott monument in Edinburgh when it was nearing completion and several views of the author’s home, Talbot also took some of the earliest photographs of Oxford, including the Radcliffe Camera (part of the Bodleian Libraries), the Botanic Gardens (celebrating its 400th anniversary this year) and many colleges.

The often ghostly images will be incorporated into the Bodleian Libraries’ William Henry Fox Talbot Catalogue Raisonné, the ground-breaking online corpus of the photographic works of the Victorian photographer, building on the growing photographic collections at the Bodleian Libraries, which include copies of the earliest photobooks: The Pencil of Nature, (1844–46), and another copy of Sun Pictures in Scotland. 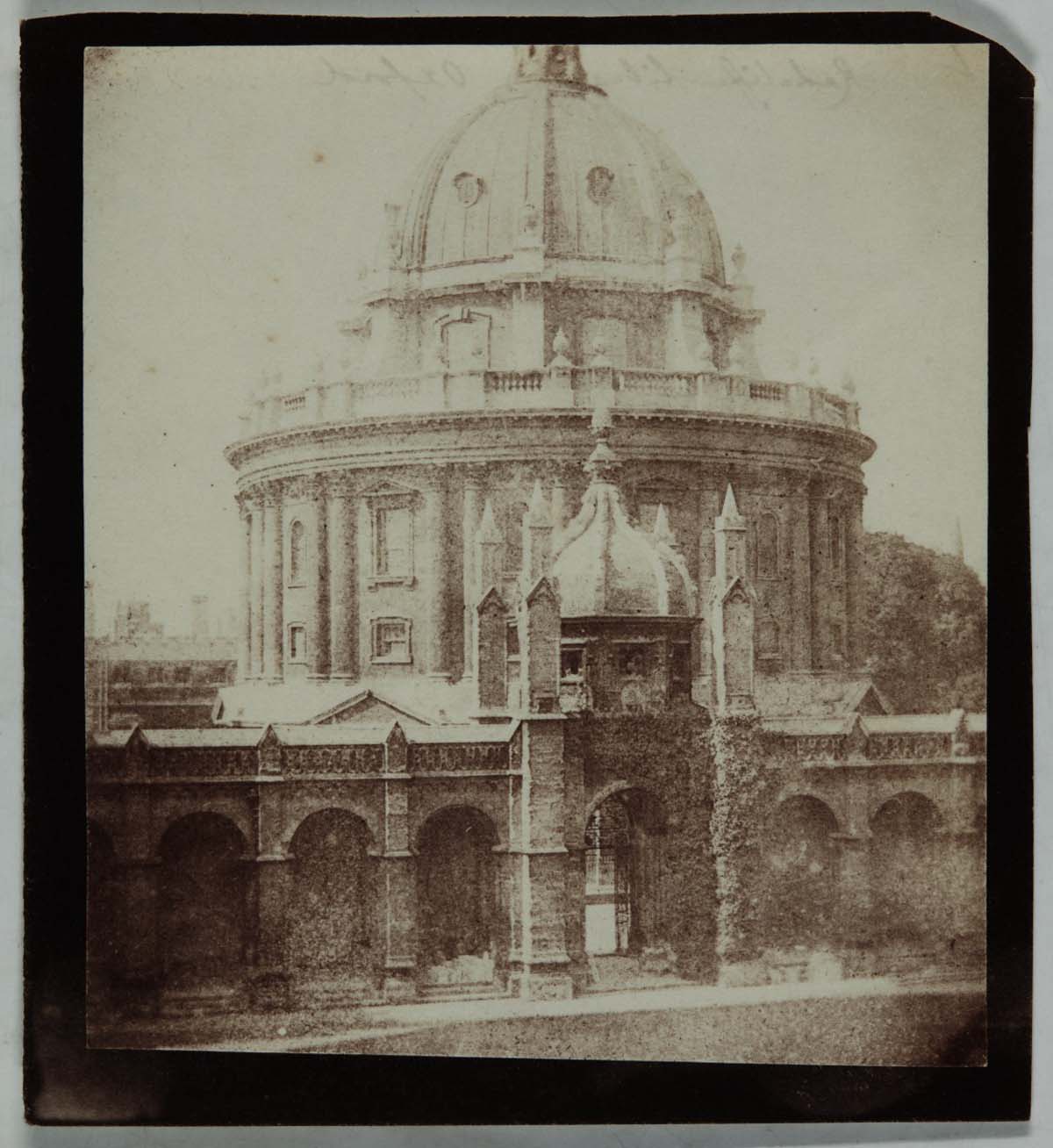 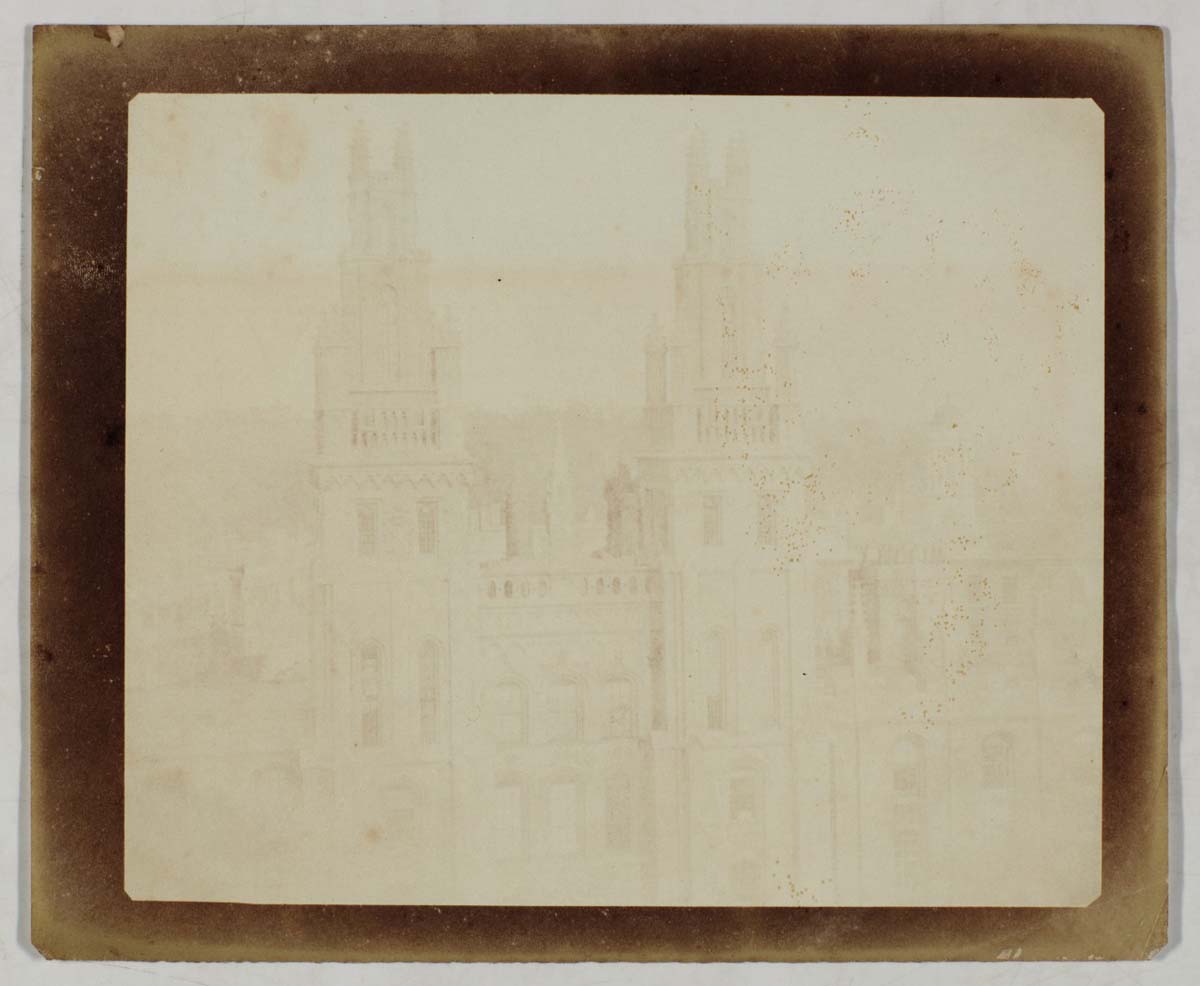 Henry Fox Talbot, one of his many views of Oxford. © Bodleian Libraries 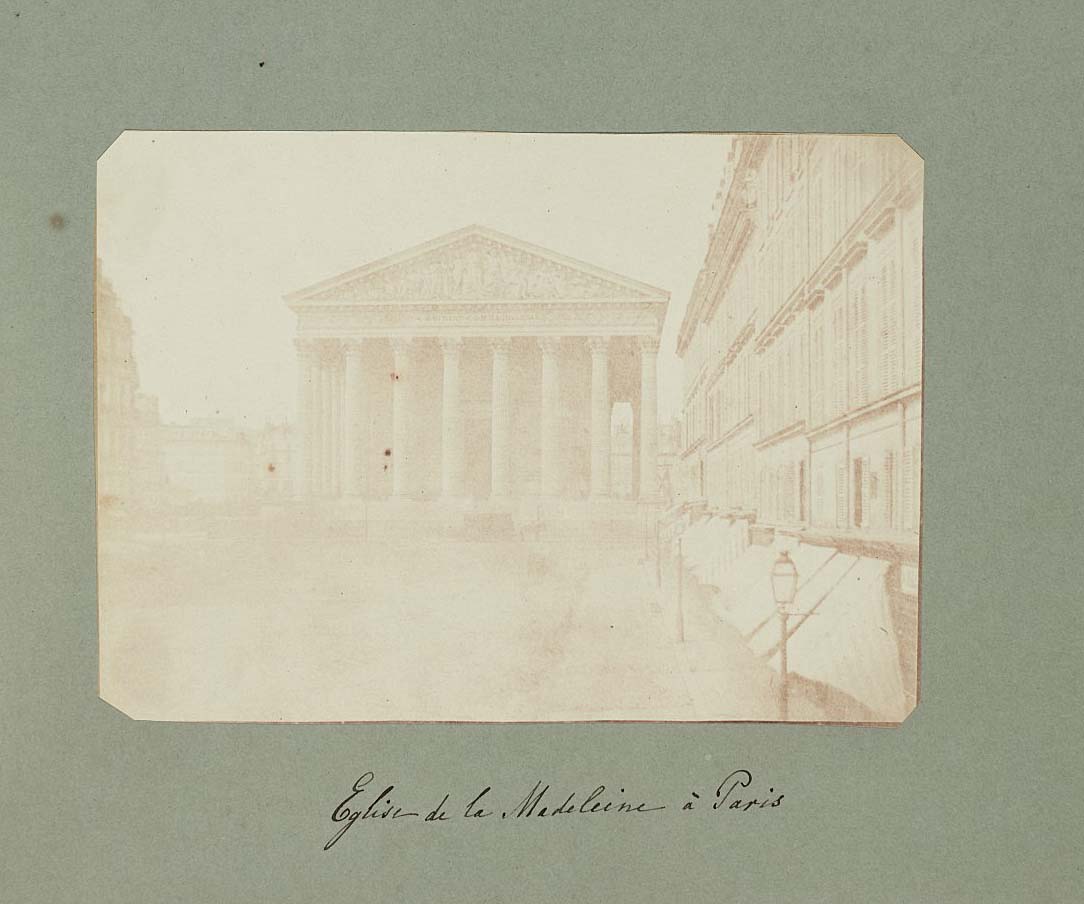