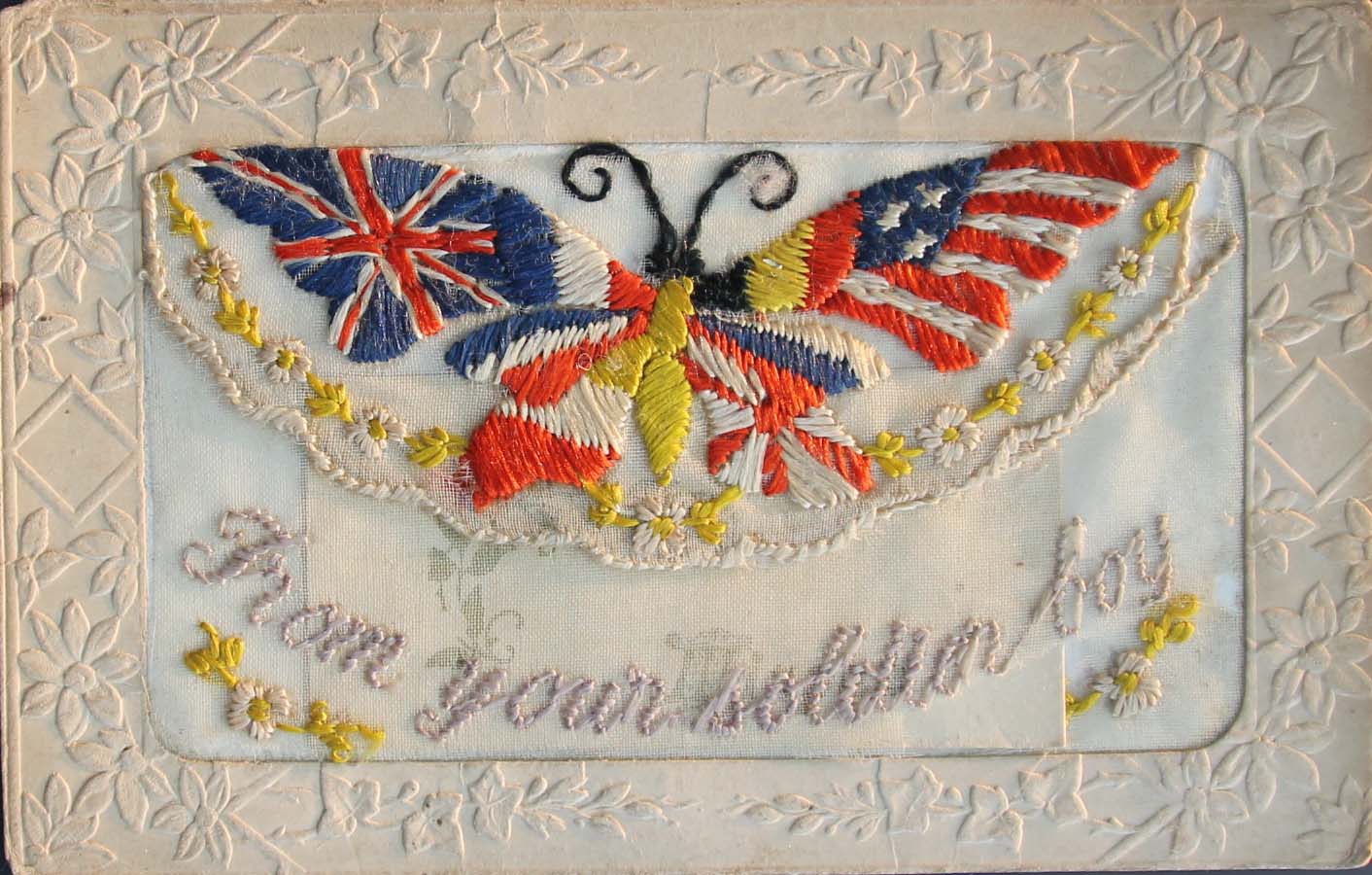 Why did First World War soldiers on the Western Front send their loved ones silk embroidered postcards, with examples from the archives of Europeana

For the families of soldiers in the First World War, letters and postcards were the only method of communication with their loved ones at the Front.

Embroidered silk postcards soon became one of the most popular ways for soldiers to send their love back home. Originally hand-embroidered and then machine embroidered by women in France and Belgium, the postcards provided not only much needed income for native civilians but also a beloved keepsake for troops and their families.

The postcards have been much prized by the descendants of those who fought in the war and collectors alike. Their beauty comes not just from the skill of the female embroiderers but the love conveyed in the messages they bear, although the vast majority that survive today don’t bear personal messages.

Thanks to Europeana 1914 – 1918, many of these postcards are now available to view online for free, along with the stories of the men who sent them. 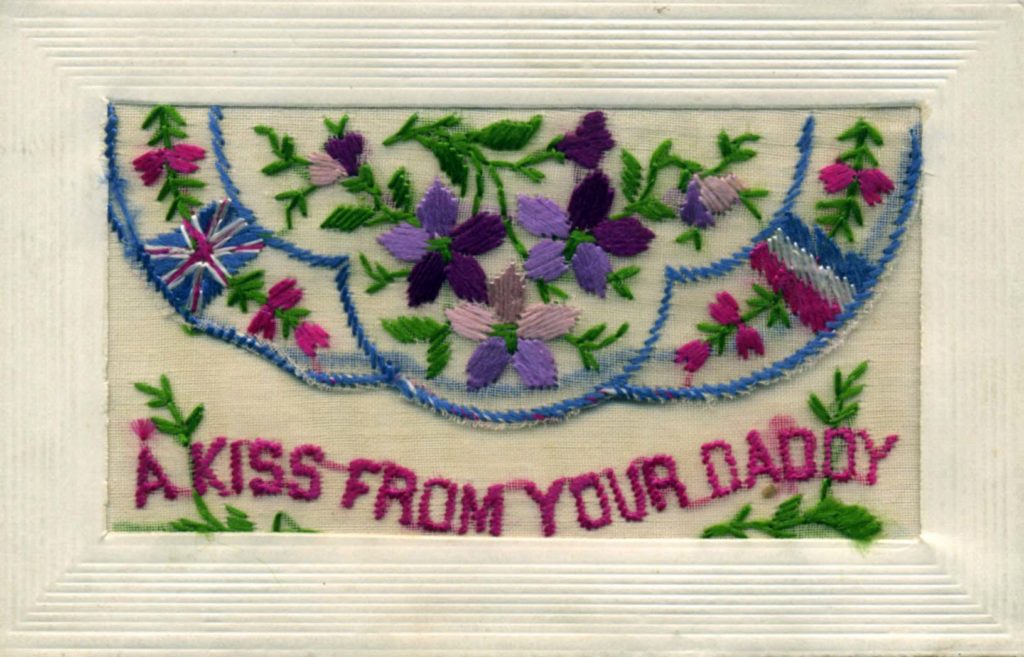 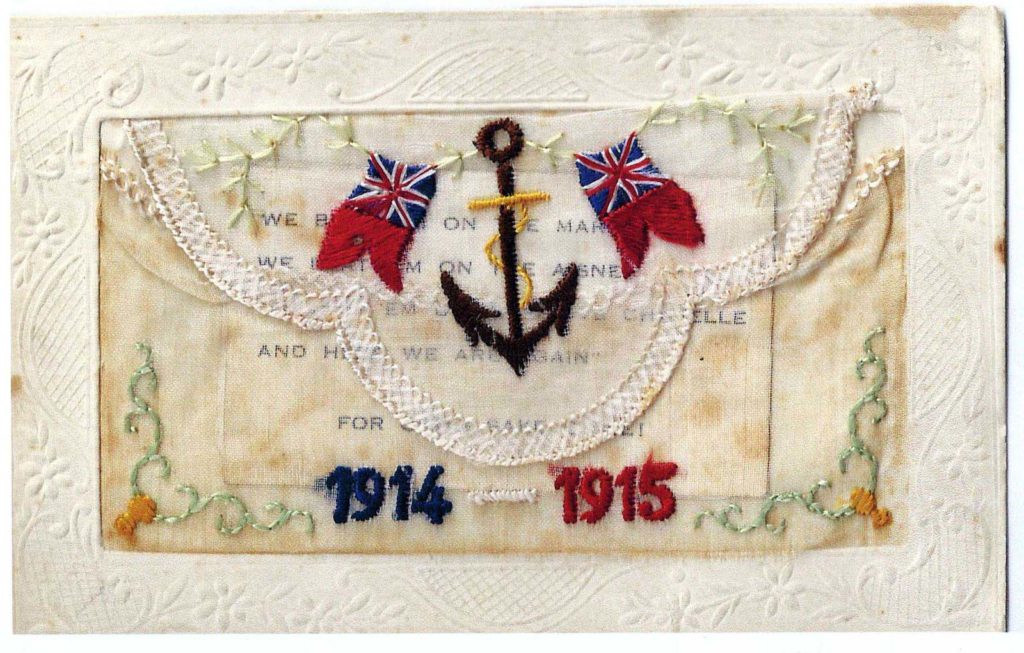 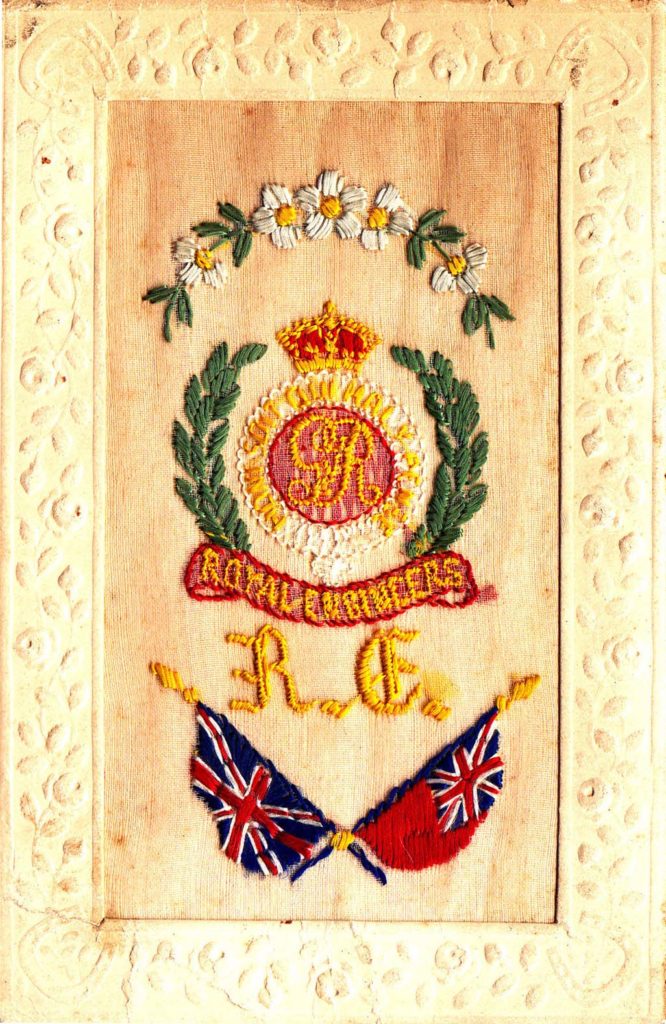 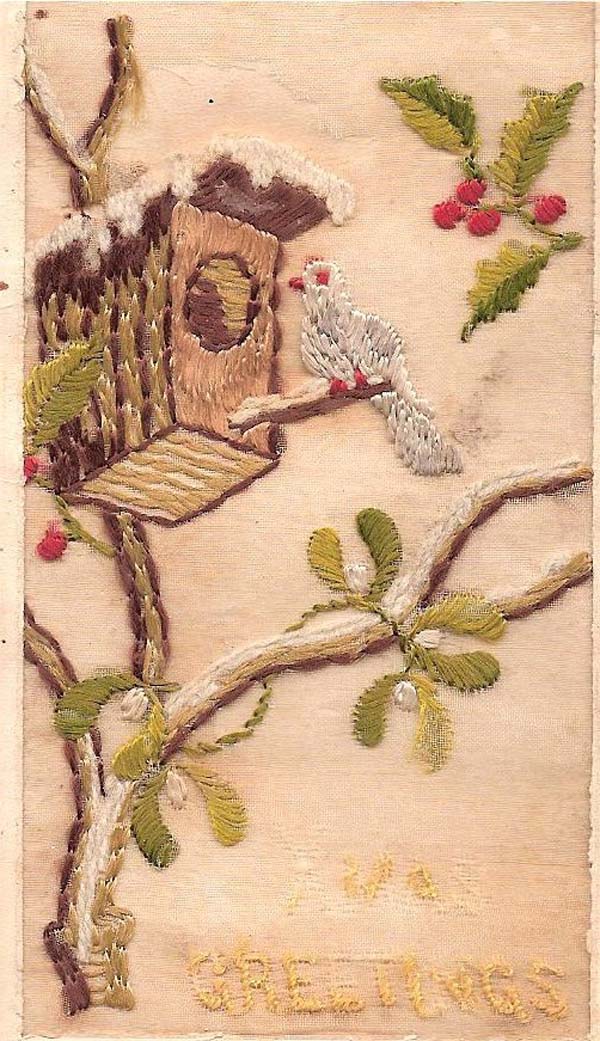 Some of the cards reveal the soldiers’ fears and the horrors they experienced. One poignant and rare example of this is a note from Frederick Clegg to his sisters, submitted by his descendants to Europeana:

“We are on the [censored] it is dreadful to see the chaps dead thousands of them and Germans legs and arms flying all roads I saw some sights walking on dead chaps [censored] get in shell holes and go to sleep on the tops of them don’t let anyone see this. Fred”

Tragically, Fred died only a few weeks before the Armistice.

Other soldiers were much more restrained in their letters home, only confirming that they are well and wishing the best for their families. Patrick Rossitor wrote frequently to his son, also called Patrick, calling him his “dear son” and expressing pleasure at the news that his son was being “a good boy”.

The postcards found on Europeana feature a wide range of designs, from simple seasonal greetings to flags and patriotic images to sentimental images of flowers and birds. However, not all mail from the Front was quite as decorative. 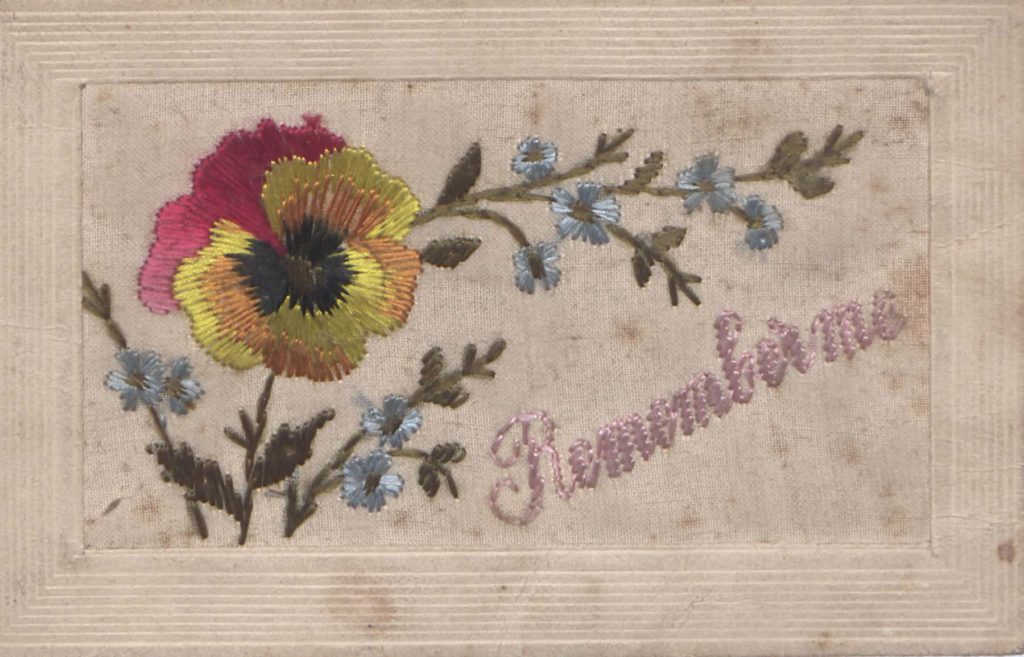 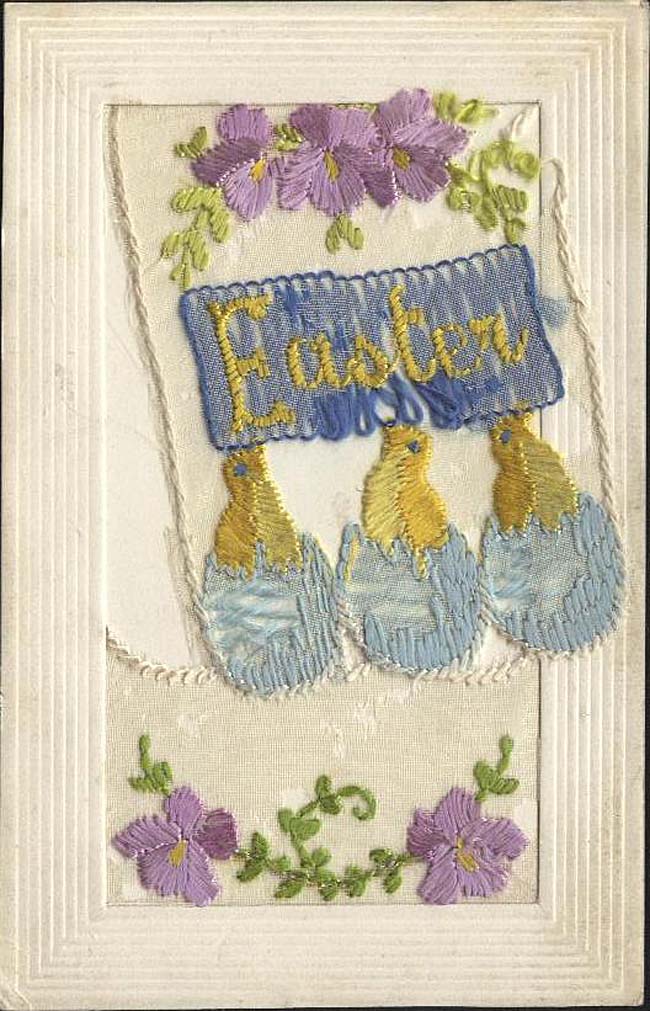 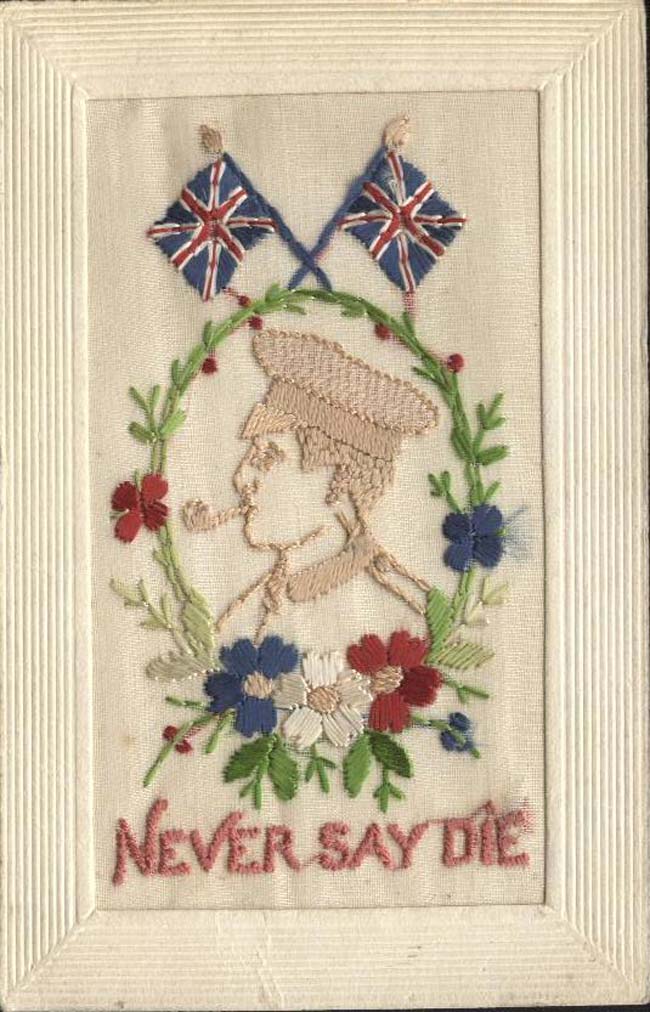 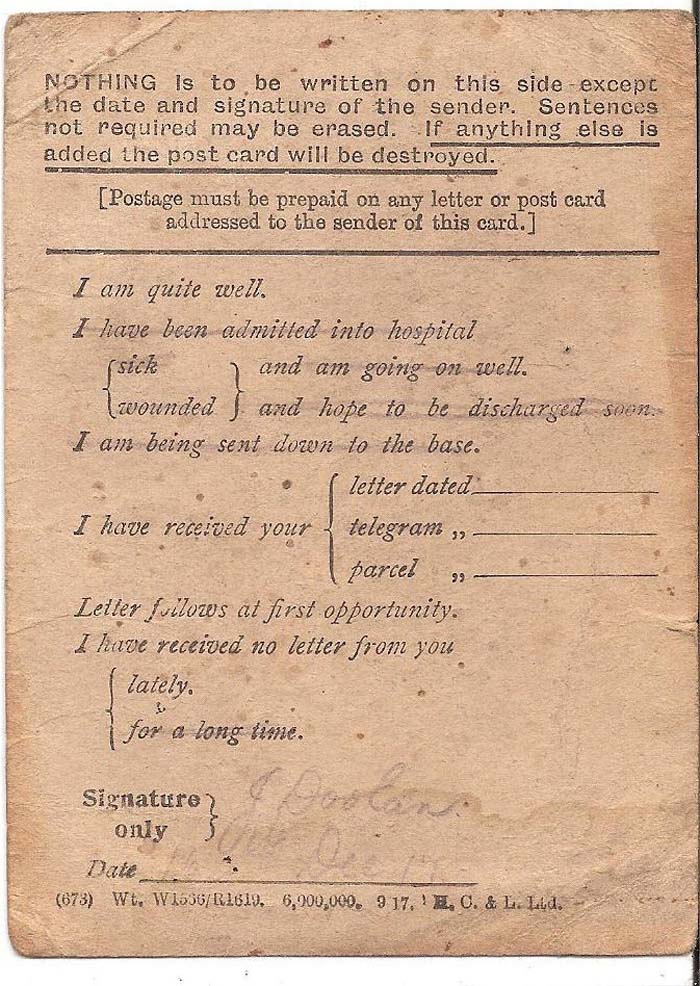 All post went through the censors, sometimes causing lengthy delays to post arriving. In an effort to curb this, the Army Postal Service introduced the Field Service Post Card, which had a series of pre-typed messages that could be deleted as appropriate – no other messages were allowed to be written.

The postcards could only convey whether the soldier was well and when he had last received a letter from home, but as they did not have to be scrutinised as closely as other postcards, they travelled more quickly, leading to their nickname of “Wizz-bangs” after the high velocity shells of the conflict.

Although they lack the beauty and sentiment of the embroidered postcards, the Field Service Post Cards must have been received just as gratefully by families such as that of John Doolan, a private in the Royal Dublin Fusiliers. 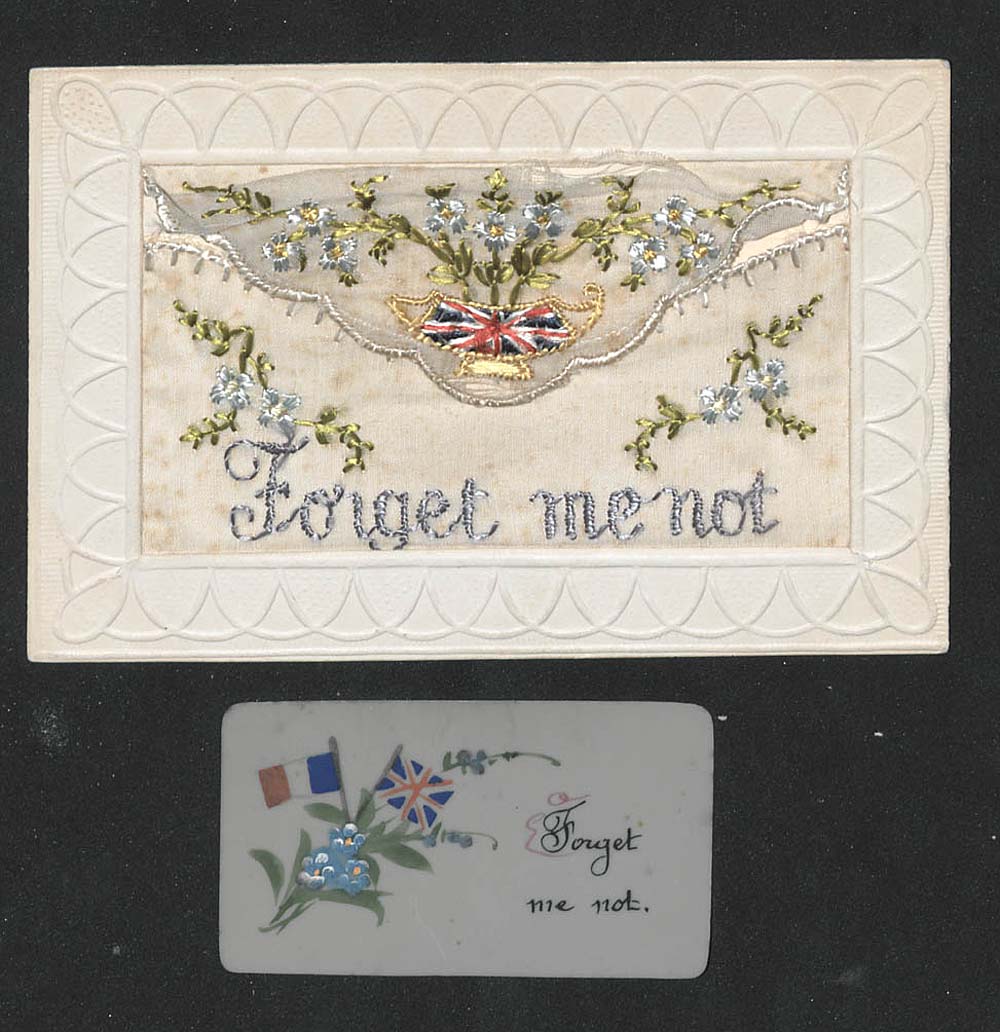 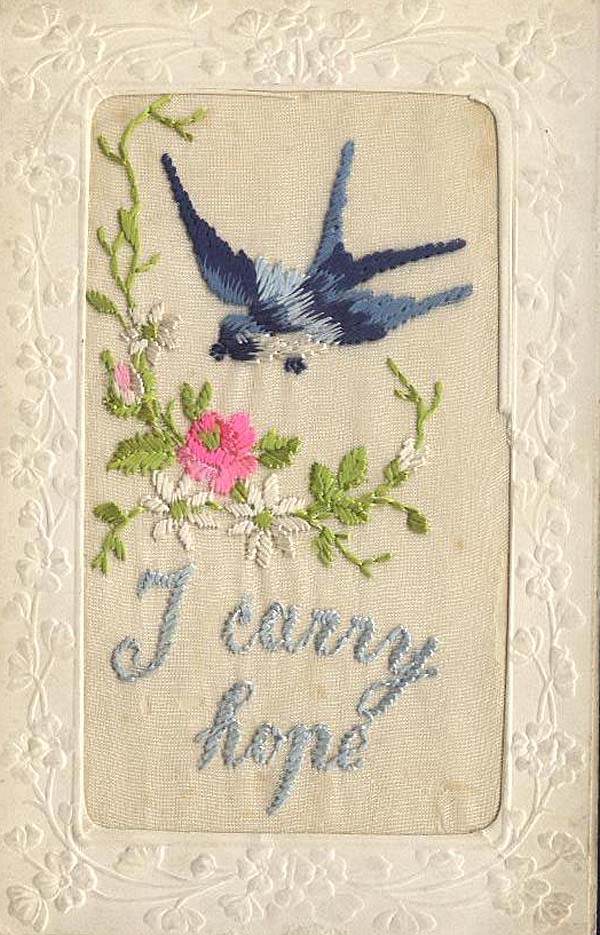 These images and many more are available to view on Europeana.eu, a digital portal that allows you to explore the digital resources of hundreds of Europe’s galleries, museums, libraries, archives and audio-visual collections. All images are taken from Europeana 1914-1918, which brings together resources from three major European projects each dealing with different types of First World War material from national libraries, film archives and contributions from the public.

5 comments on “From your soldier boy: Silk postcards of the First World War”