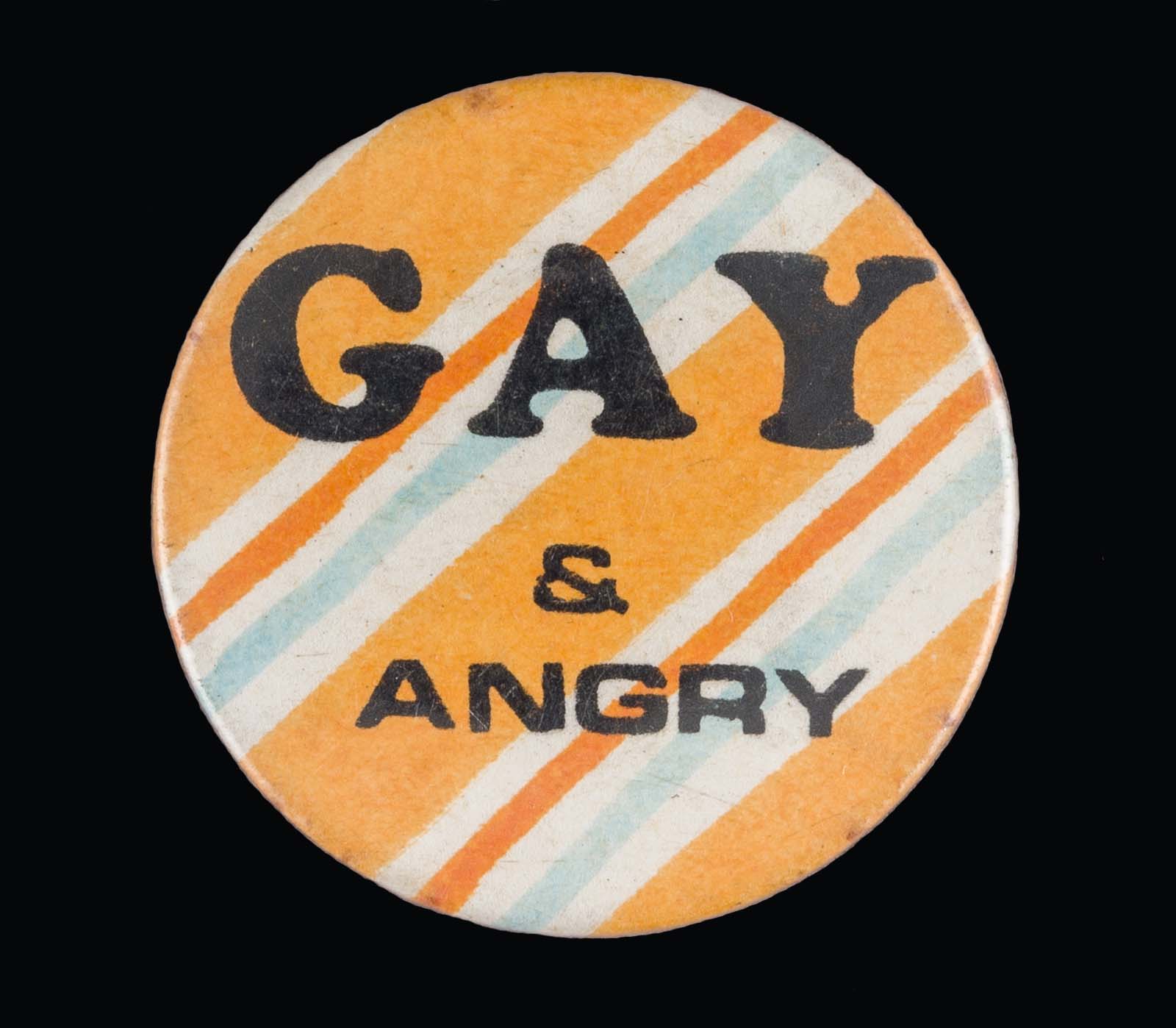 Cynfas is the digital magazine of Amgueddfa Cymru – National Museum Wales. It is published online monthly, and aims to engage diverse voices in conversation about the collection at Amgueddfa Cymru.

Each month a call for contributors is published on the Cynfas website, its social media channels and on the Arts Council of Wales website encouraging people to take part in the next issue.

Contributors include writers from across Wales, from all sorts of backgrounds. The first edition was launched in October 2020 with the theme looking at Black History month, whilst later editions have been Art in Health, Food and Sustainability, Queer Looking, and Home.

During the call out for Issue 4 ‘Golwg Queer / Queer Looking’ contributors were asked to browse the museum’s Collections Online catalogue for inspiration. Most of the objects in the collection with particular relevance to LGBTQ+ communities are available on the National Museum Wales Collections online, which allows people to search and browse easily. 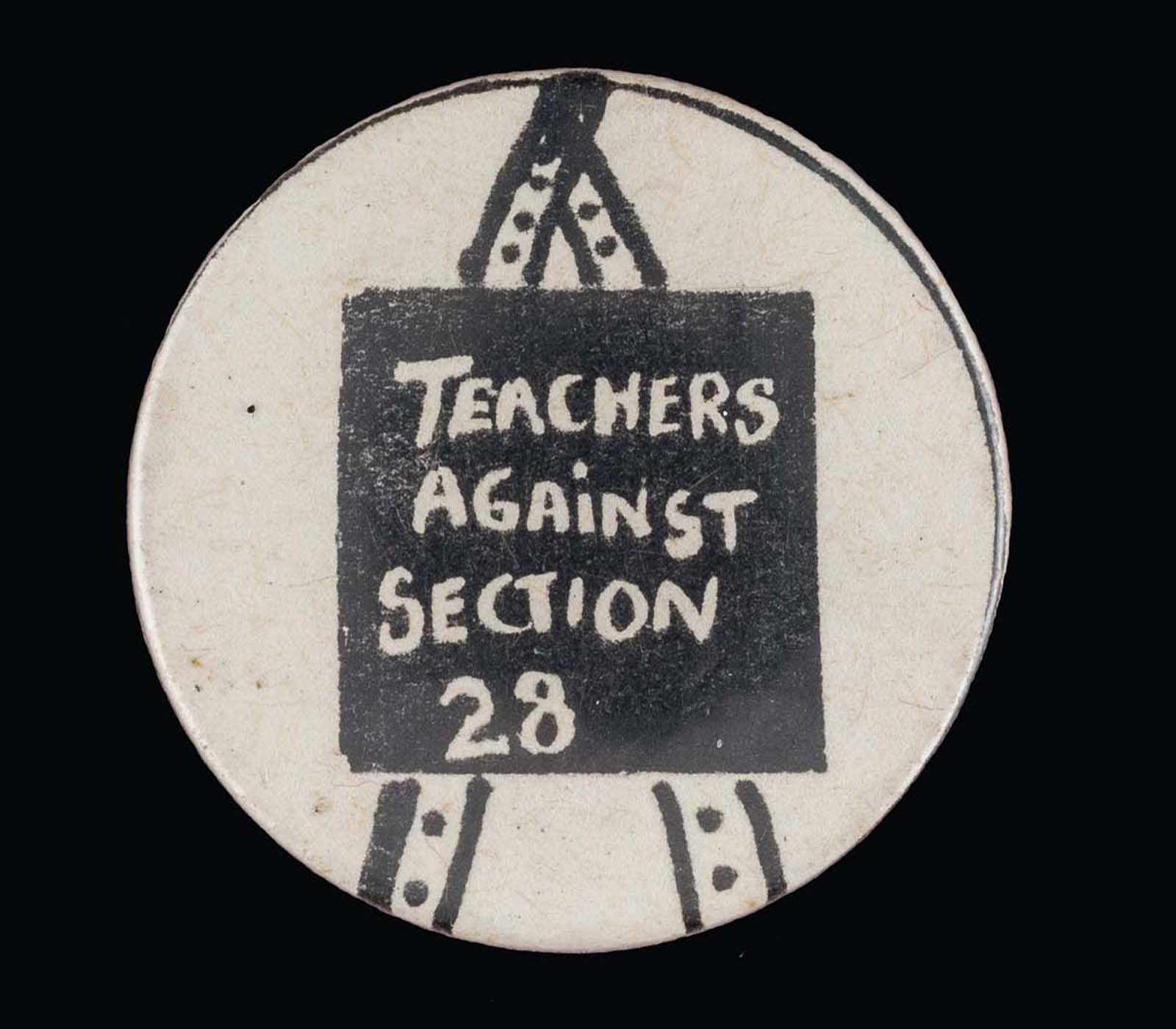 The call out asked people to think about and explore any aspect of the concept of a queer “gaze”, asking questions such as What are the limitations of a queer gaze? What does queer look like? Do historical “queer icons” of Welsh culture, such as the Ladies of Llangollen, hold value for you today? How would you go about collecting the queer Welsh present, as a museum might?

The result was an interesting range of articles all inspired by a variety of objects from the museum’s LGBTQ+ collection. Illustrated here are the objects that inspired Issue 4 ‘Golwg Queer / Queer Looking’.

The editor for Issue 4, Dylan Huw, was drawn to some of the badges in the LGBTQ+ collection at St Fagans National Museum of History and illustrated the introduction article ‘Edrych, golwg, gweld: Some notes on queer looking and looking queer’ with them. The badges chosen to illustrate the article come from a collection of t-shirts, badges and documents from a collection of lesbian activist material donated to St Fagans in 2019. 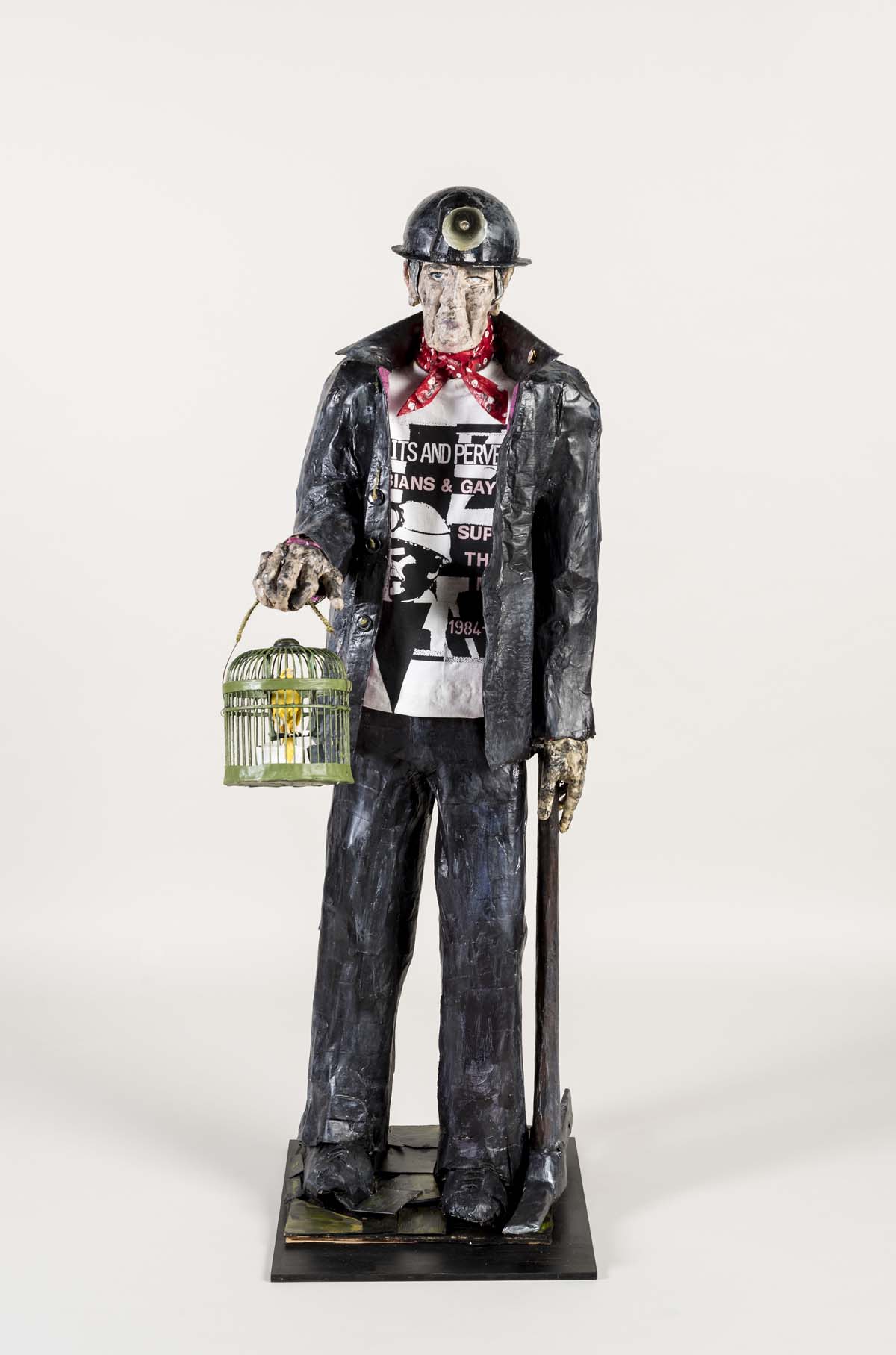 One of Amgueddfa Cymru’s museum sites is Big Pit National Coal Museum, so it is natural then that Amgueddfa Cymru holds a collection of material relating to Lesbians and Gay Men Support the Miners.

Many people will know the story of LGSM through the 2014 film ‘Pride’, and how as a group they raised money for striking south Wales miners during the 1984-85 strike. This sculpture, made in 2014 by Olivia Quail, is of a traditional Welsh miner wearing an LGSM t-shirt. 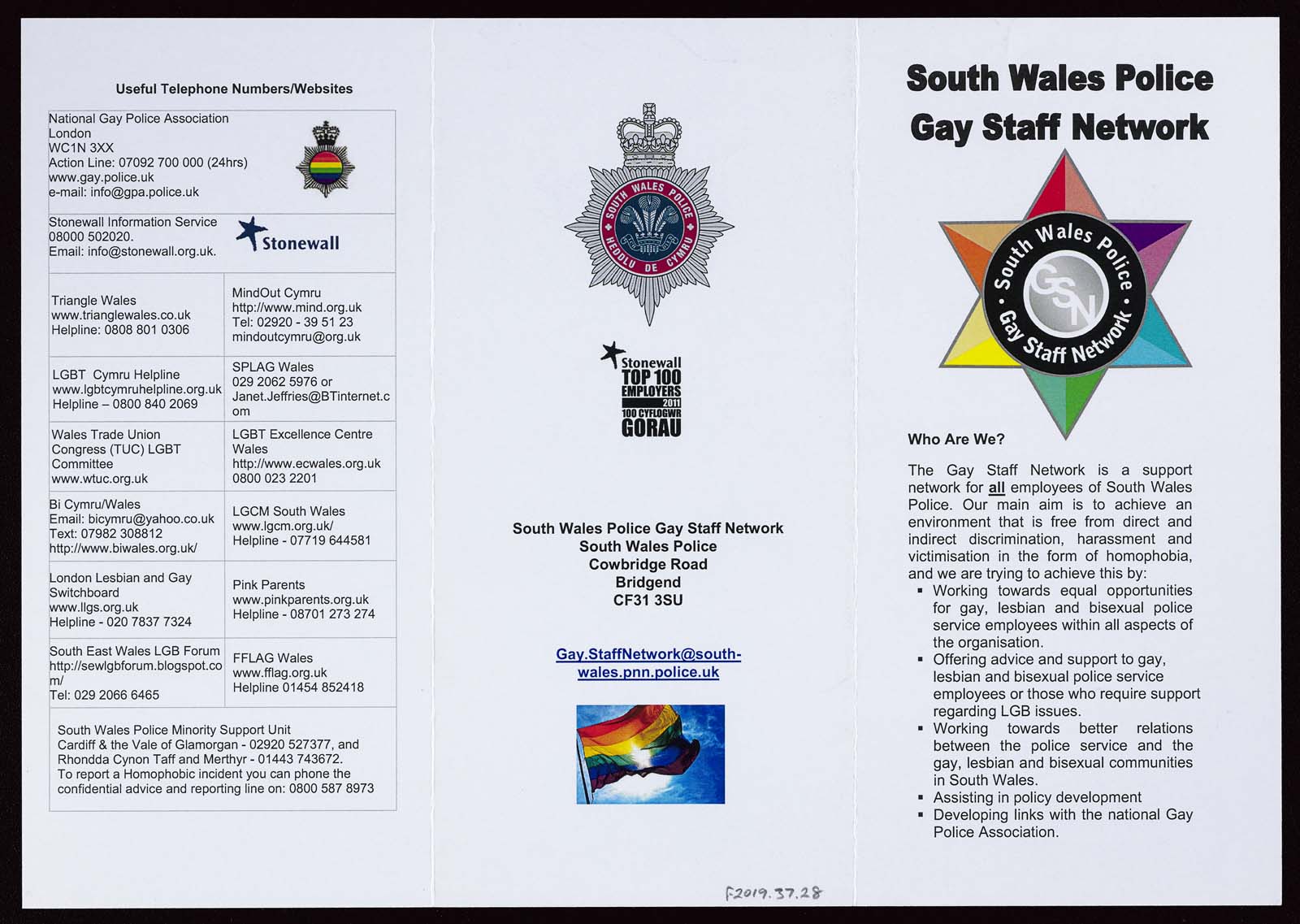 Georgia Day chose this leaflet to discuss institutionalised homophobia, and the role of a Gay Staff Network in such institutions, in their article “Police pinkwashing and positive image work”. 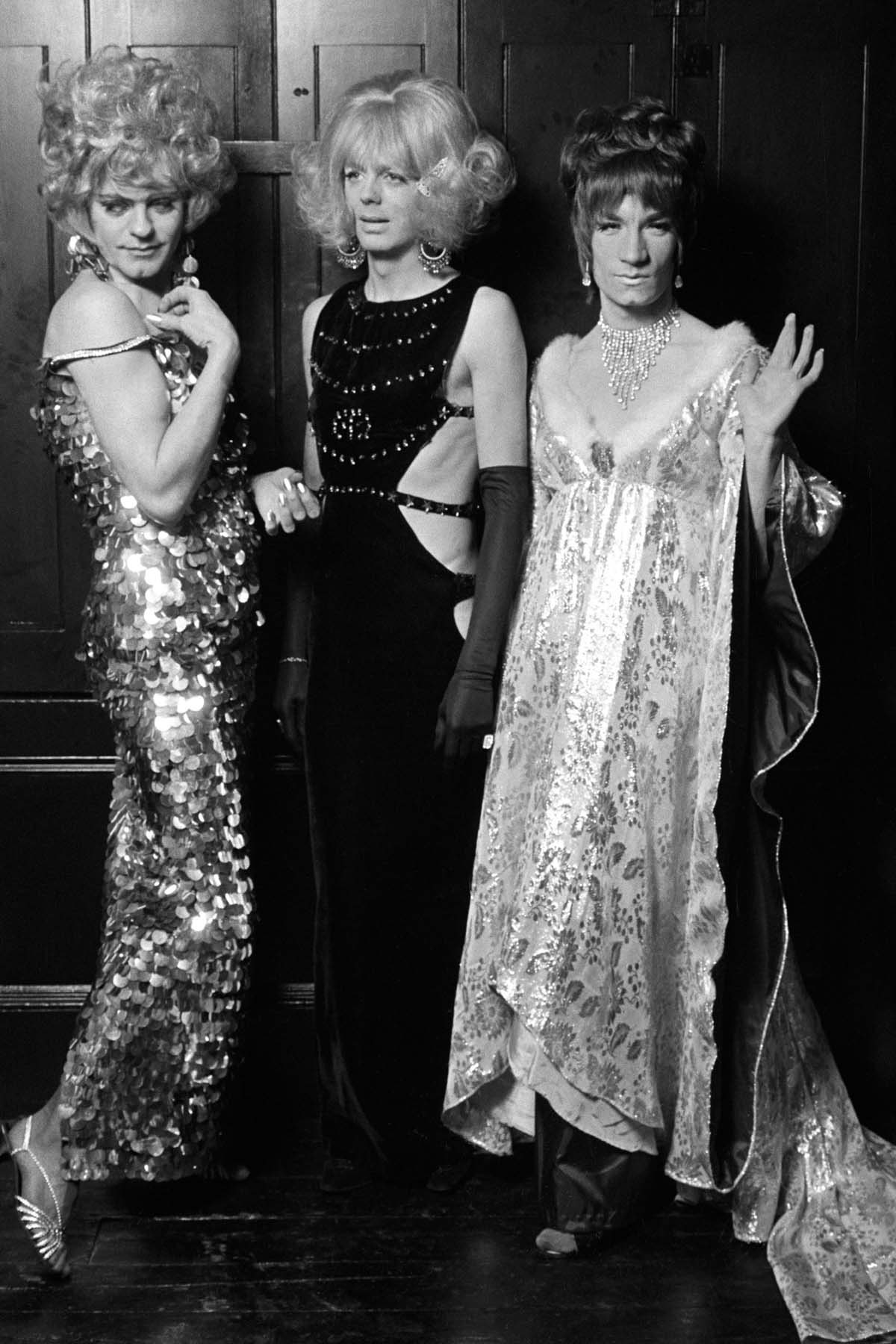 This photograph taken by David Hurn in 1979 shows three drag queens getting ready to leave for a gay ball in Bayswater, London. In the Cynfas article the writer responds to this with their own experience of wearing their mothers clothes when they were five years old, and then later their first experience of gay bars in Wales.

Read the associated Cynfas articles to see how the writers and artists responded to these objects in Issue 4 at museum.wales/cynfas/

One of Europe's biggest and most exciting open-air museums. Here you will find centuries of Welsh social history gathered together in 100 acres of beautiful countryside.