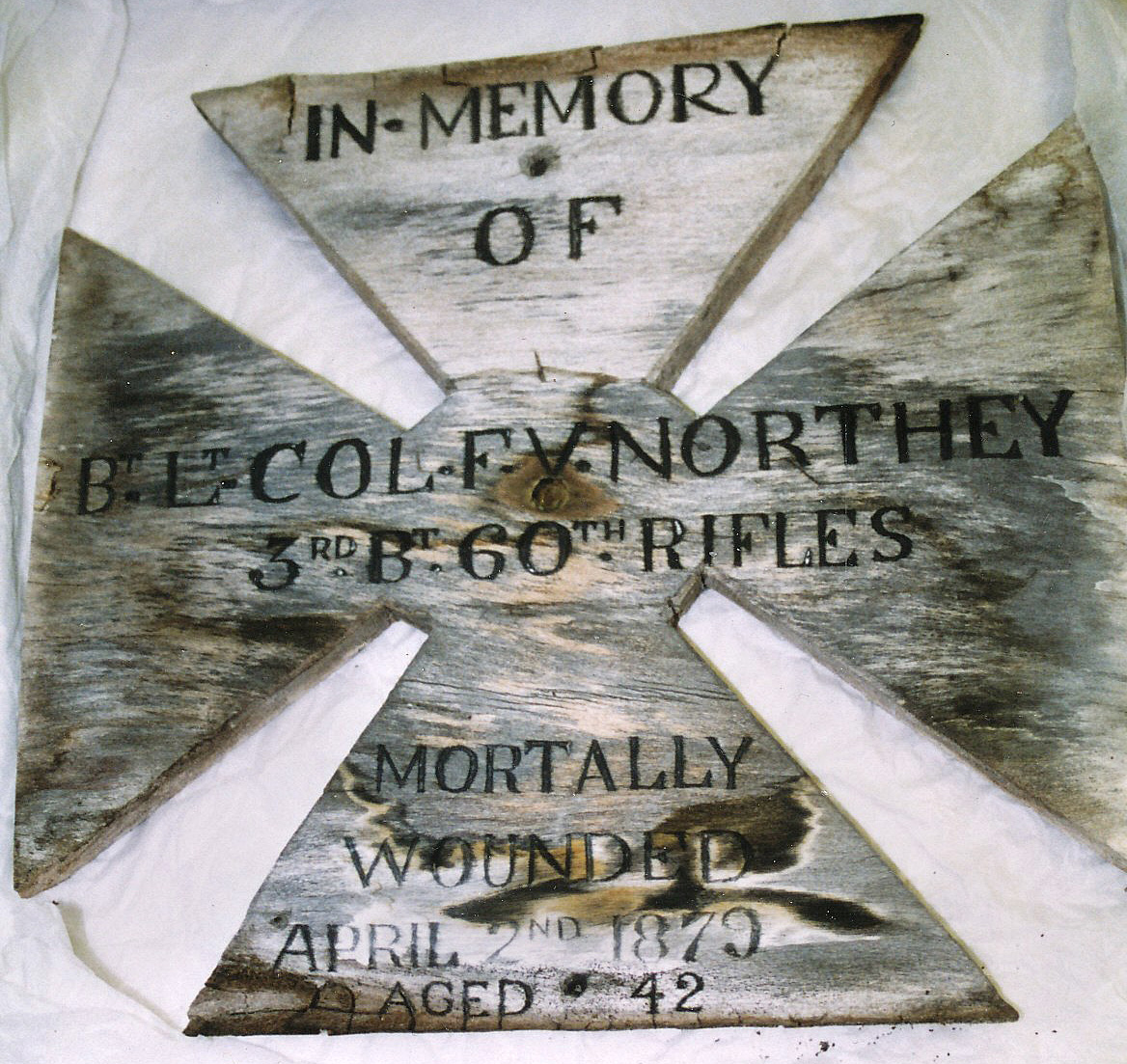 The Grave marker of Lt Col Francis Vernon Northey, who was killed during the Anglo Zulu Wars of 1879, pictured after it was recovered from his gravestone.

This fragile old wooden grave marker was made from a box of army issue biscuits by comrades of Lt Col Francis Vernon Northey, who was killed during the Anglo Zulu Wars of 1879.

Having rested since December 1879, embedded into the stone cross on Northey’s grave in an Epsom graveyard, the fragile and slowly deteriorating relic from the British Empire’s wars in South Africa was recovered some years ago by Bourne Hall Museum, who have now conserved it.

In December a reproduction of Lt Col Bourne’s gravemarker will be reinserted into the stone cross of his grave and the original artefact will be placed on display in the nearby chapel following a ceremony, which will mark the culmination of a story that began on the plains of South Africa nearly 140 years ago. 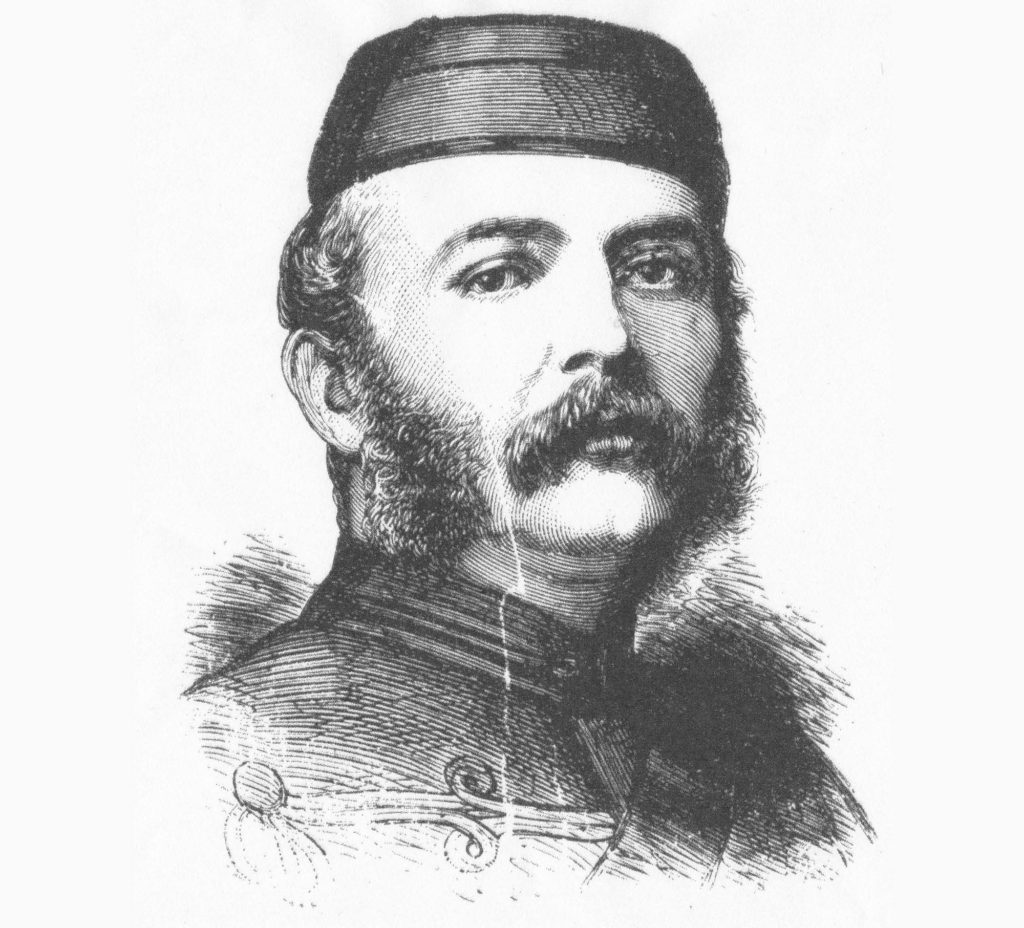 As dawn broke, on April 2 1879 the enemy did exactly what the commander of British forces Lord Chelmsford had hoped for. 10,000 warriors, all veterans of the Battle of Isandlwana, came storming across the Inyezane River in their classic ‘buffalo horn’ fighting formation.

‘It must’, wrote a contemporary observer, ‘have been about 6.20 am when the Zulus made their first great effort to storm the front, right and rear faces of our defences. Their advance was indeed a splendid sight, as just at that moment the sun came out and shone full on the lines of plumed warriors, who, with their arms and legs adorned with streaming cow-tails and each brandishing his coloured ox-hide shield and flashing assegais, rushed forward with a dash and elan that no civilised troops could have exceeded’.

But in the laager at Gingindlovu all was ready and the British forces, armed with Martini-Henry rifles and even a rapid firing Gatling gun, cut a swathe through the Zulu ranks who despite appalling losses closed in on all sides of the laager. Only one got inside, a young boy who was captured and ended up serving as a sort of mascot on a ship of the Royal Navy, HMS Boadicea. After about an hour and a half, the Zulus began to fall back in a retreat, which became a rout when the British unleashed mounted troops in pursuit.

Lieutenant Colonel Northey, serving with the 3rd battalion of the 60th Rifles, commanded six companies of the 3/60th as part of the Rear Division of Chelmsford’s column. 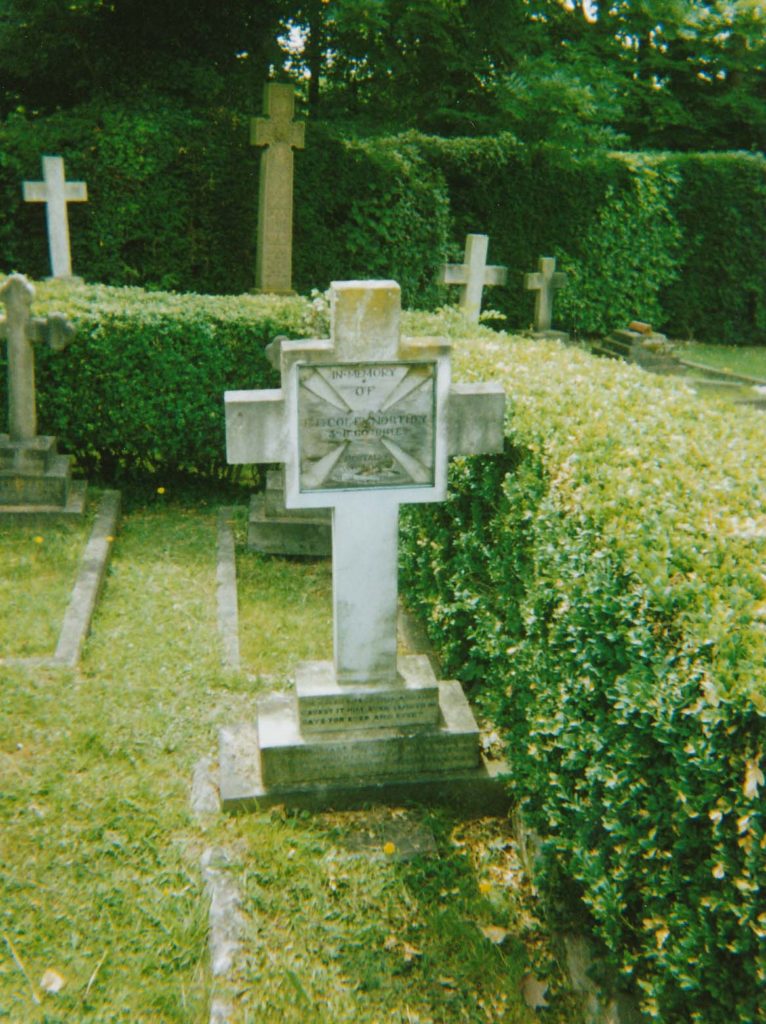 The Zulus with their spears and cow hide shields could not breach the British defences at Gingindlovu, but they were able to use some captured rifles to open fire on Chelmsford’s men and Lt Col Northey was hit deep in the right shoulder by a Zulu bullet.

He turned his command over and went to the surgeon who removed the it. As he cheered his men on, shouting to be heard above the din, he suffered a sudden haemorrhage and collapsed, bleeding heavily from his brachial artery.

He died four days later, on April 6 and was buried with the other British casualties of the conflict (another officer, and eleven privates, had died) but later his body was exhumed and brought to England along with his grave maker, which was attached to his grave in Epsom. On December 9 1879 his body made its way through the town’s streets, which were lined by people from Epsom, and was finally laid to rest.

Now, 138 years later, on December 9 2017, the restoration of Northey’s grave will be marked by a march of military re-enactors following the original route of the soldier’s funeral procession from Christ Church West Hill to the cemetery in Ashley Road.

Bourne Hall, situated in the heart of Ewell Village, is a remarkable modern building of unusual architectural interest, surrounded by beautiful grounds. Opened in 1970, it is well furnished, well equipped and flexible enough to accommodate most requirements. With a variety of different sized halls and rooms, it is perfect…