The extraordinary talent of Britain’s foremost woodcarver, Grinling Gibbons, is explored in depth this September at Compton Verney

Within the world of woodcarving the name Grinling Gibbons has for centuries been held up as Britain’s greatest woodcarver with a 300-year legacy that has inspired craftsmanship and carving from his contemporaries to the craftspeople and makers of today.

In the seventeenth century he was often called the Michelangelo of Wood and Gibbons remains a potent symbol of inspiration and achievement – even beyond the world of craftspeople and historians of the stately and royal homes where his remarkable work can today be seen.

Compton Verney’s exhibition, Centuries in the Making, which has been produced in partnership with the Grinling Gibbons Society for the tercentenary celebration Grinling Gibbons 300, reveals the life, genius and legacy of this legendary sculptor and craftsman, who lived from 1648 to 1721 and produced a body of work that still has the ability to literally fool the eye.

A famous example of this uncanny talent is the cravat (c.1690) once owned by Sir Horace Walpole. Exquisitely carved to imitate Venetian needlepoint lace in Gibbons’ favoured limewood, it was so realistic that when Walpole wore it to greet visitors at his home at Strawberry Hill House, they believed it was the real thing.

Walpole is reported to have said: ‘There is no instance of man before Gibbons who gave to wood the loose and airy lightness of flowers.’ 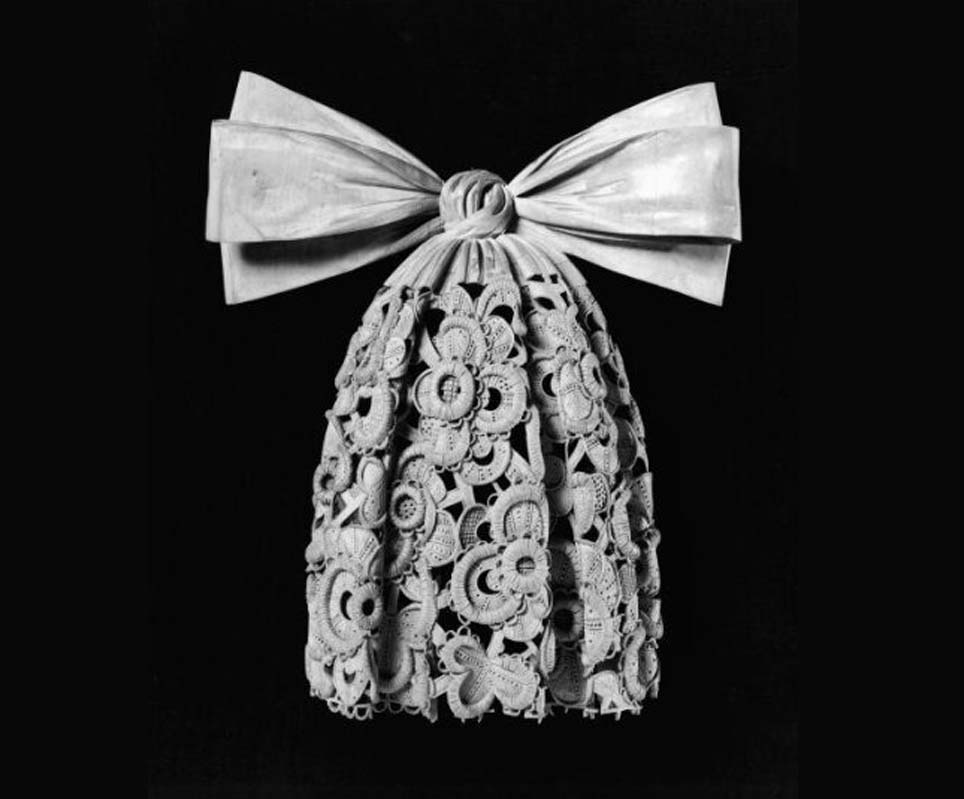 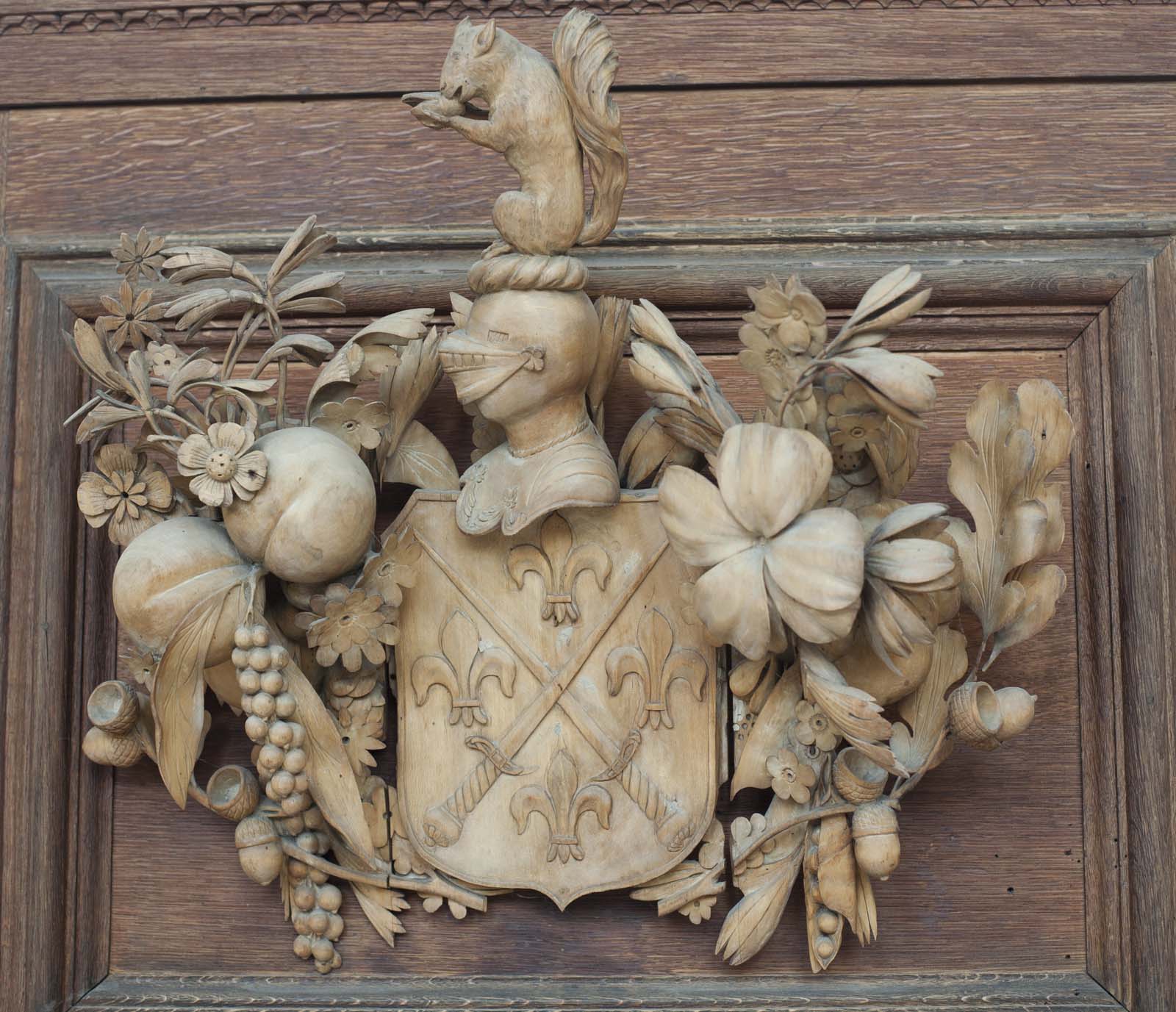 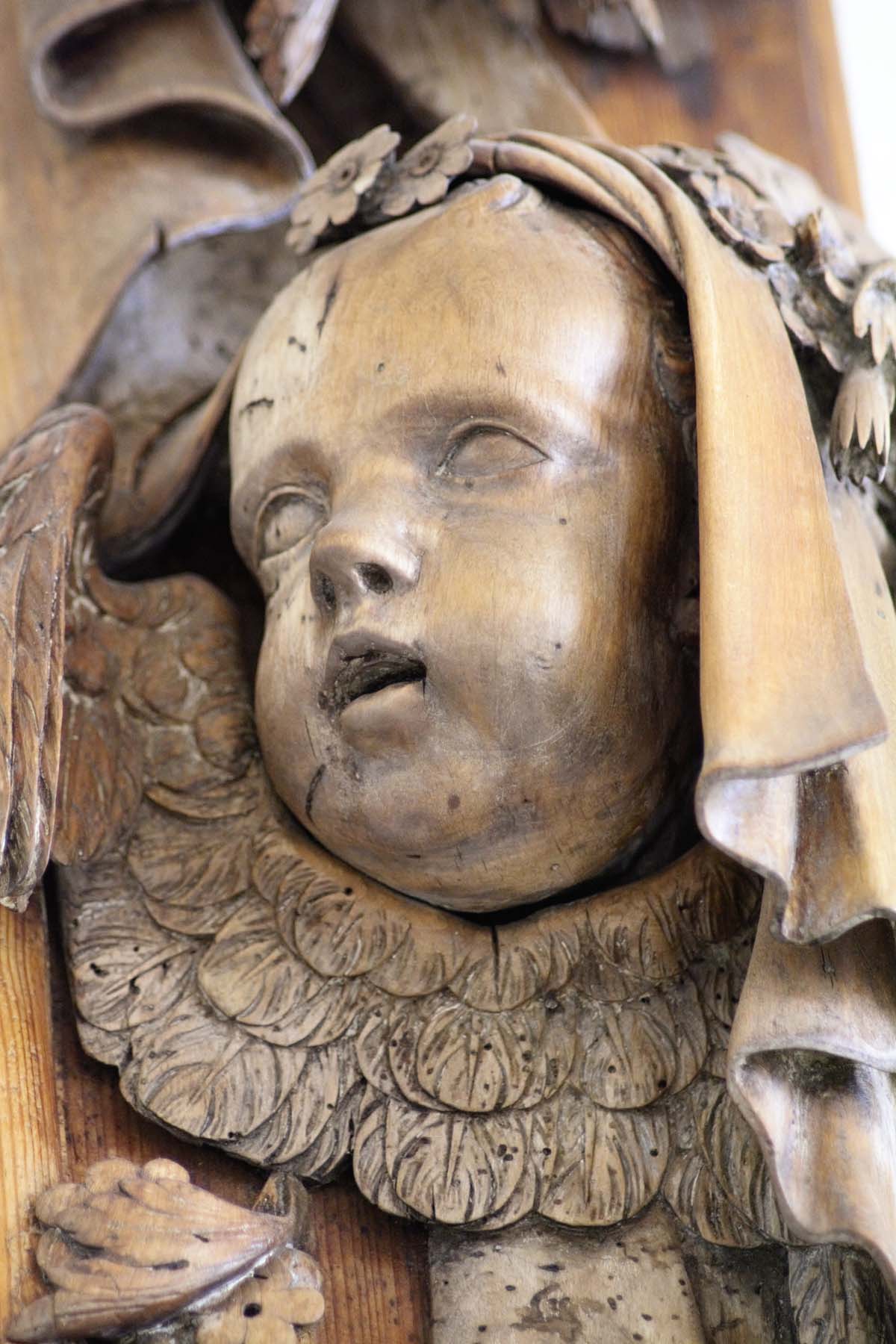 This impressive piece of craftsmanship can be enjoyed in the exhibition together with a range of remarkable pieces usually only seen in situ in Britain’s royal palaces, including Windsor and Hampton Court, notable churches, including St Paul’s Cathedral and York Minster, and the grandest of stately homes.

But the exhibition aims not just to celebrate the ‘known’ Gibbons but also to broaden research around the ‘unknown Gibbons’. Curators concede that “an impenetrable mythology” surrounds his name; with every beautifully carved piece of wood in Britain seemingly demanding the question, ‘could this be by the hand of Gibbons?’

What will probably strike many visitors who may not have a detailed understanding of Gibbons’ career or creative output, is the sheer range of objects he made. A fine draughtsman, his designs for a canopied bed, a chimney piece and monument to Queen Mary II (1662-1694) demonstrate his creativity and the breadth of work he was commissioned for.

However, it is his decorative work for buildings – both secular and religious – that he is perhaps best known. These commissions showcased his sublime ability to carve beautiful garlands, swags and cherubs for grand country houses, royal palaces and St Paul’s Cathedral. 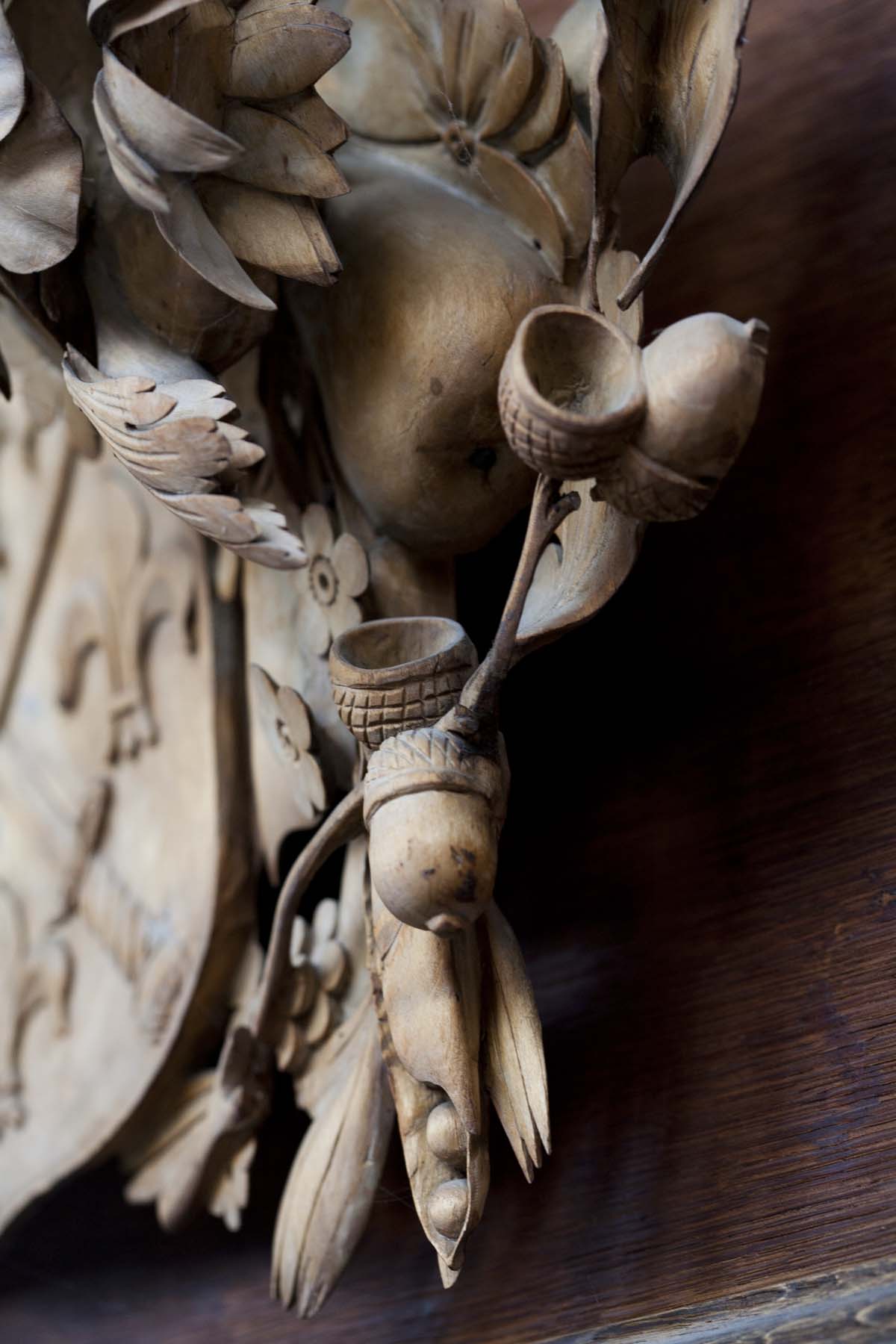 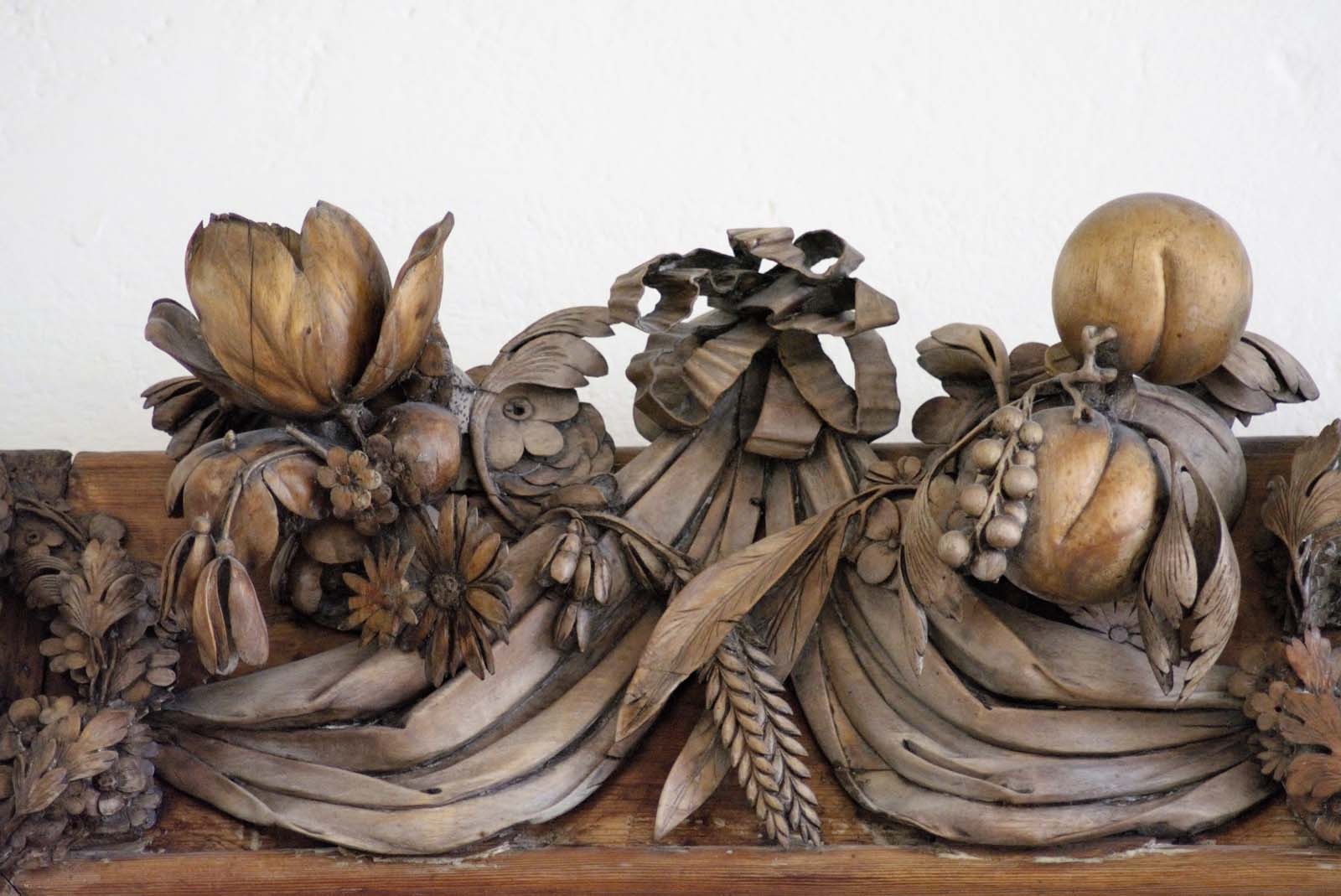 Gibbons rise to become the King Charles II’s carver really began when he moved from Rotterdam to his parents’ birth country 1667. He settled in Deptford at a highly opportune time for a gifted young carver – following the Restoration of the Monarchy in 1660 and the 1666 Great Fire of London.

He was soon ‘discovered’ by court painter Sir Peter Leley producing a series of opulent capitals, cornices and eagles for the interior of Thomas Betterton’s luxurious new Dorset Garden Theatre, which was ushering a new era of Restoration theatre following the puritanical, theatre-free period of the Interregnum.

Leley recommended the talented young carver to Hugh May, the architect commissioned to rebuild Windsor Castle, and he was duly presented to the King. Showing the monarch a carved wooden chimney piece, festooned with fish, shells and other trompe l’oeil ornaments, the King was captivated. Gibbons’ reputation was established.

After Windsor Castle he worked with Sir Christopher Wren on the new St Paul’s Cathedral and other churches that had been destroyed by the Fire of London.

Gibbons’ new status as the royal Master Carver saw him work on the great country houses, and he enjoyed a highly lucrative career, working on Petworth, Badminton and Burghley as the Aristocracy sought to re-impose their status under the Restoration. Gibbons’ royal patronage was maintained after the death of Charles II by James II and then William III. In 1719, he was appointed Master Carver to King George I. 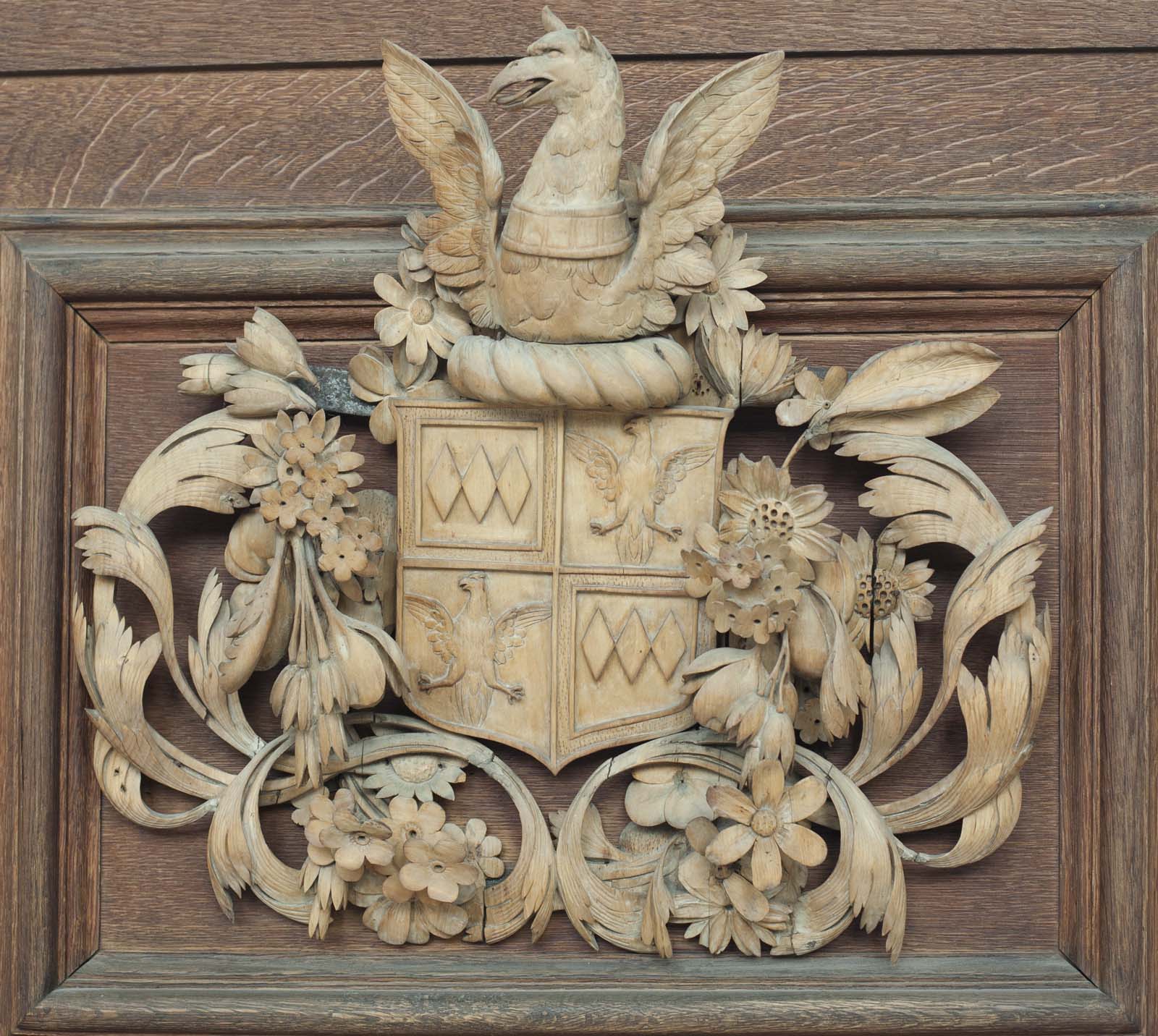 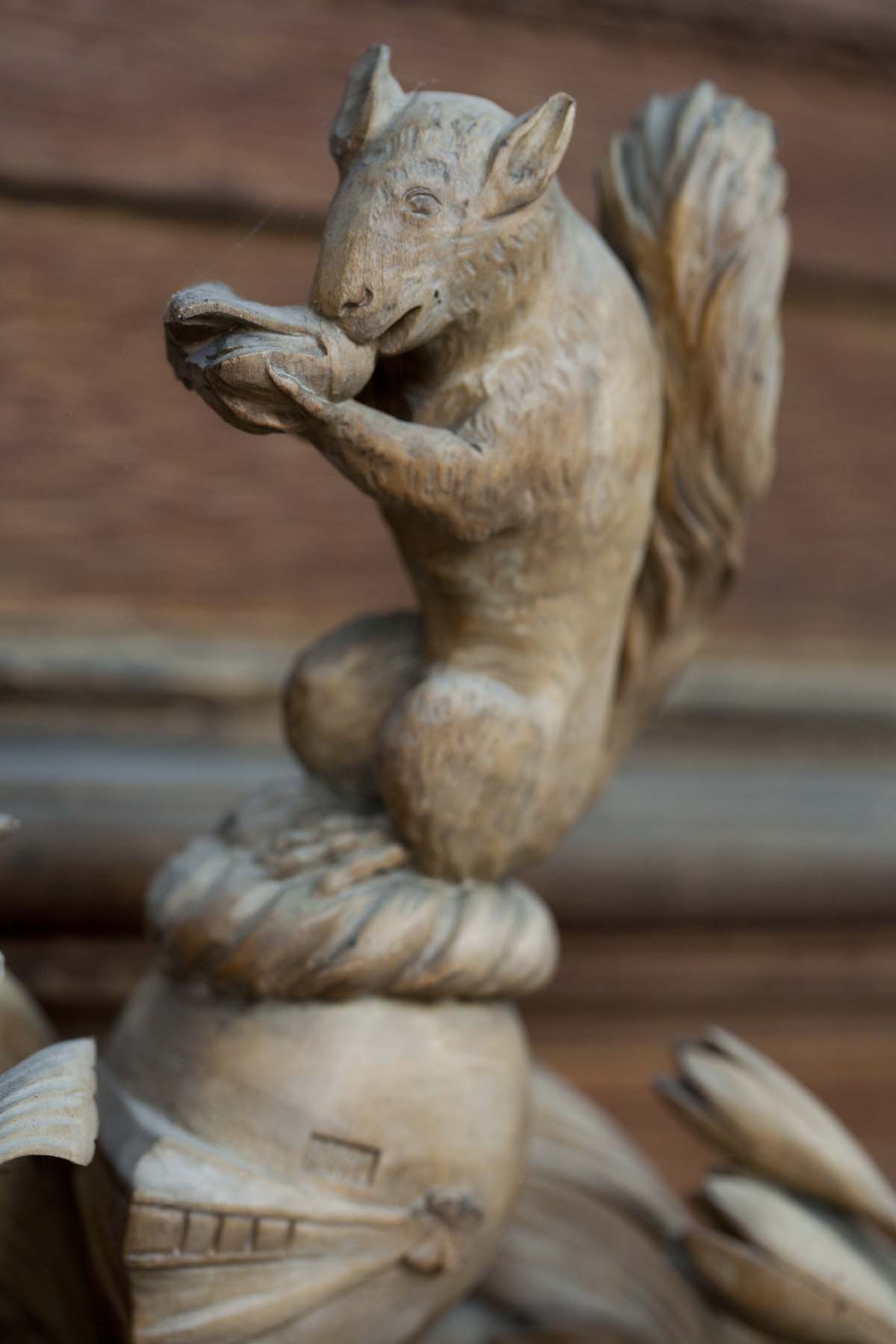 The variety of astounding creations that chart this ascendency include carved heads of Charles II and the magnificent elm wood horse mannequin on loan from the Line of Kings in the Royal Armouries; cherubs from St Paul’s Cathedral; the famous cravat on loan from the V&A, and swags from Badminton House. The exhibition also features letters, paintings, books, and sketches from his lifetime.

Designs for Chatsworth House by Gibbons’ contemporary, Samuel Watson (1662-1715), offer insights into the extent to which Gibbons influenced the skill and artistry in wood during and beyond his own lifetime.

There are also several rare 17th century musical instruments, an intricately carved boxwood cradle commissioned by Queen Victoria and made by William Gibbs Rogers (1792-1875) and a carved limewood overmantel made for Windsor Castle by Edward Wyatt (1757-1833) – all of them disciples of the Gibbons 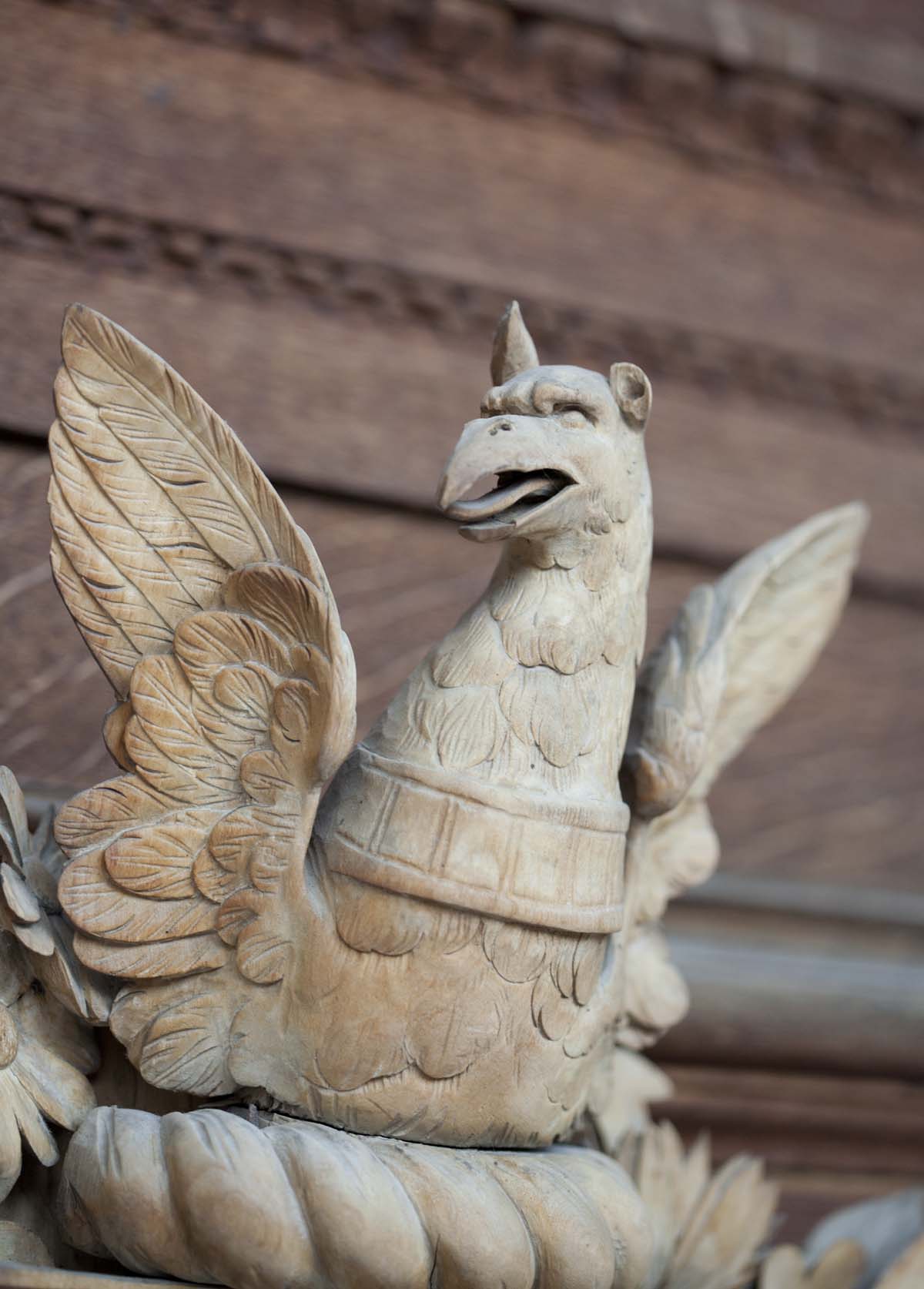 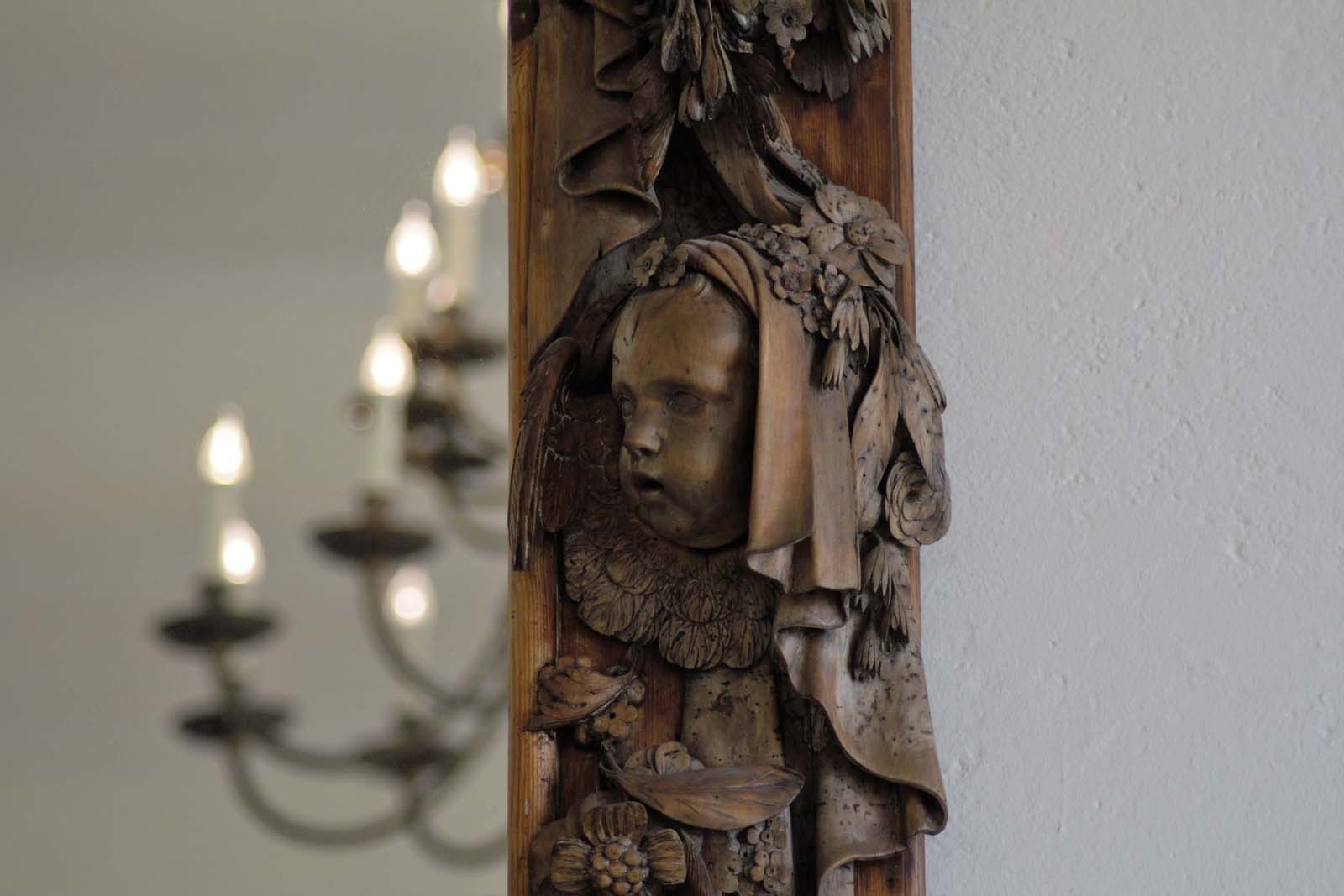 “Grinling Gibbons was acknowledged as the ‘Kings Carver’ in his own lifetime – a man who imbibed all the different influences around him and took them forward, brilliantly, in his own style,” says , Grinling Gibbons 300 Director, Hannah Phillip.

“This Tercentenary celebration is marked by the collaboration of many museums, galleries, churches and collections where his work can still be found and is a reflection on Grinling Gibbons legacy right up to the present day. It’s all about inspiration; where Gibbons got his inspiration from and what he has inspired in others.”

Discover the unique delights of Compton Verney, where there’s something for everyone to enjoy. 120 acres of stunning parkland and lake surround an award-winning art gallery, with a family friendly café and gift shop. Escape the everyday to wander through our historic ‘Capability’ Brown landscape, marvel at our world-class art…

2 comments on “Grinling Gibbons’ life and legacy at Compton Verney”