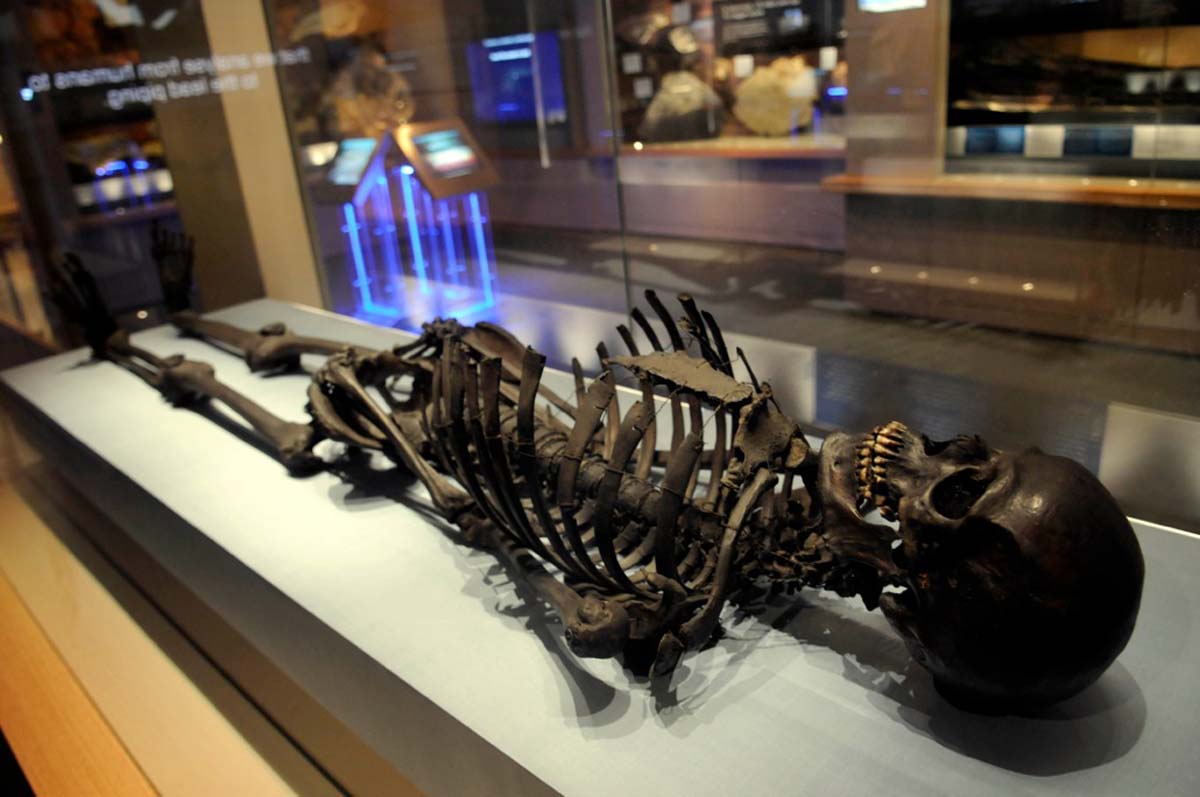 Gristhorpe Man on display at the Rotunda Museum in Scarborough. © Scarborough Museums Trust

On the July 10 1834, William Beswick, a local landowner with antiquarian interests, set out with friends and workmen to investigate a barrow on his land on the cliff top at Gristhorpe. It was about six miles, or 9.5km, to the south of Scarborough.

At a depth of more than two metres, they encountered a massive oak log 2.3 metres long and more than one metre in diameter that had been preserved in the waterlogged conditions of the grave.

They returned the following day with a number of gentlemen from the Scarborough Philosophical Society and set up a windlass to raise the log. In the course of this operation the log split, revealing it to be hollowed out and to contain a perfectly preserved skeleton, stained black by the tannic acid in the oak, wrapped in an animal skin and accompanied by a range of grave goods.

The latter included a bronze dagger blade and whalebone pommel, flints, and a bark vessel containing what they considered to be food residue.

The skeleton became known as Gristhorpe Man and he, along with his coffin and grave goods, has remained on display in Scarborough ever since, apart from a brief period in World War II when they were removed for safety.

Little further work had been undertaken on them, despite the significant advances in archaeological science since the 19th century, and this important assemblage had largely slipped off the radar of even Bronze Age specialists. 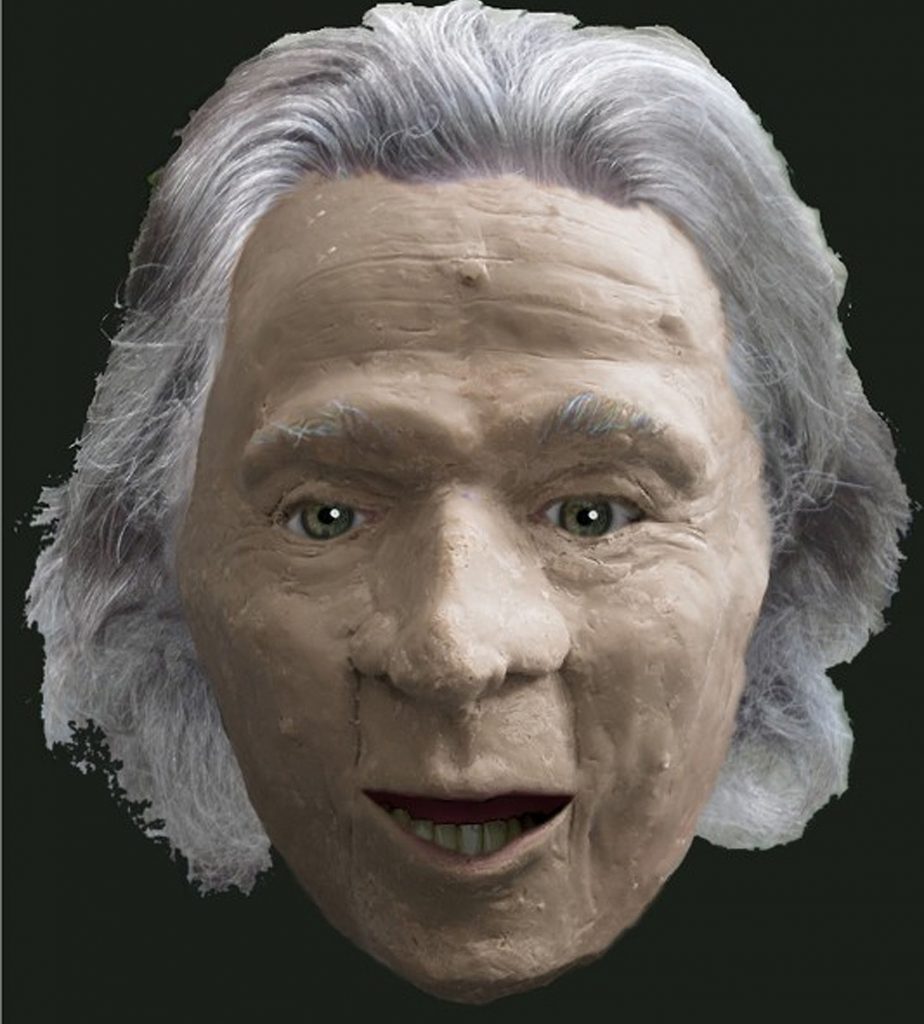 In 2005 to 2008, while the museum was closed for a lottery-funded restoration, the finds were stored in the controlled environment of the conservation laboratory in the Department of Archaeological Sciences at Bradford University.

This provided an ideal opportunity to re-examine them using a range of scientific techniques. An osteological and palaeopathological re-assessment of the skeleton included a full body CT scan and a facial reconstruction.

There was a raman spectroscopy of what were labelled as ‘mistletoe berries’ – they turned out to be renal stones.

There was an investigation by gas chromatography-mass spectrometry of the contents of the bark container and the ‘brain’ material and proteomics analysis of the skeleton and animal skin.

And there were metallurgical, isotopic laser ablation multi-collector inductively coupled plasma mass spectrometry and x-ray fluorescence analyses of the bronze dagger blade, as well as scanning electron microscope examination of artefacts including the animal hide and flint knife.

A monograph documents all these analyses, and the results have been incorporated into the museum display, together with chapters written by leading Bronze Age archaeologists on the historical and archaeological context of this exceptional and enigmatic individual.

Gristhorpe Man: A life and Death in the Bronze Age. Edited by Nigel Melton, Janet Montgomery and Christopher Knűsel, is published by Oxbow Books.

Discover the skeleton and coffin of Gristhorpe Man at the Rotunda Museum, Scarborough

Explore modern interactive displays to learn about the fascinating Geology of the Yorkshire Coast. Find out about this unique geology that brought William Smith to the town and inspired him to design this fabulous iconic building in 1829. Known as the father of English geology, Smith changed the world with…