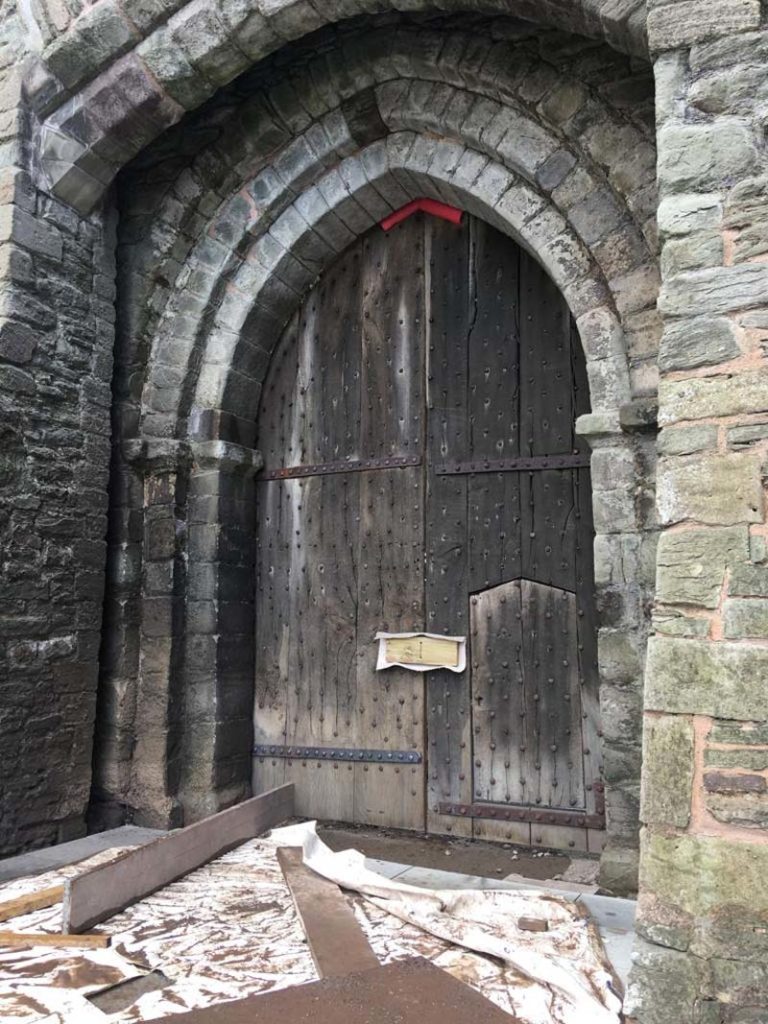 As befits a castle established by the Normans, then swept up in the upheaval of the Barons’ Wars, the wars with the Welsh princes, Owain Glyndŵr’s rebellion and the Wars of the Roses, Hay Castle boasts a tumultuous history.

But beyond its evocative ruined battlements and its later Jacobean extensions, both of which were damaged by fires in the twentieth century, one of its most iconic and famous survivors are its Great Gates – which have guarded Hay Castle’s walls for the best part of 700 years.

The gates are believed to be among the oldest in the country still hanging in their original gateway. One of the pair of these iconic wooden doors dates to around 1640 and the other from the 14th century, both of them having remained in place since they were originally built. Wood has even been found in the stone doorway frame dating to the tenth century – well before the castle was re-built in stone in the 1200s.

Yet after centuries of welcoming friends and defending from foes, these venerable old doorways have been showing their considerable age. Now they have finally been removed, restored and re-hung for the first time in their long tenure. 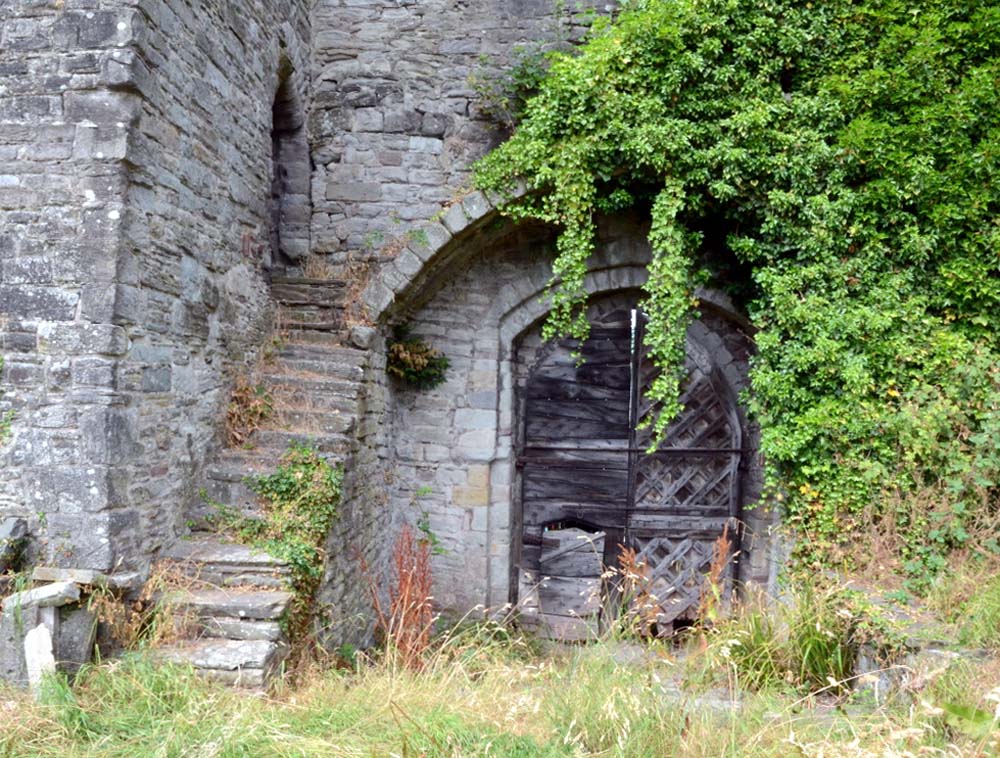 The old gates prior to restoration. Courtesy Hay Castle Trust

Lifted from their moorings in 2018, they underwent specialist restoration under the supervision of John Nethercott at his workshop in Presteigne.

The process of removal involved padding and wrapping them in a protective layer, before lifting each one slowly from its hinges using a small crane. They were then strapped onto a truck and transported to the John Nethercott & Co workshops where they spent eighteen months undergoing a careful restoration.

The bottom of the East Gate had rotted away almost entirely up to a ragged line just above a redundant lower hinge, and the introduction of new oak was required as part of the restoration.

Air-dried oak boards with compatible grain was sourced for the job and exact copies of the original wrought iron nails were manufactured re-using medieval charcoal-smelted, wrought-iron that had formerly been used at Tewkesbury Abbey.

All four of the main strap hinges needed careful attention and the lower East Gate hinge was beyond repair and has now also been replaced with a new version, again using ancient charcoal smelted iron.

Although surprisingly free of any historic graffiti or willful damage, they are however peppered with lead shot, especially on both sides of the West Gate. The outer face of the East Gate has nine dents caused by musket balls, which show the trajectory of fire, and lead still remains in one hollow.

Once fully reinstated, the gates will remain in the open position, welcoming visitors into Hay Castle via the steps from the town’s market square. This thoroughfare will be accessible once the rest of the restoration work to the castle is complete later in 2021.

Hay Castle Trust Ltd was formed in 2011 to purchase Hay Castle and bring it back to life as a major centre for culture, arts and education. The Trust has developed its plans with major funding from Heritage Lottery Fund. It is hoped the Castle will welcome visitors in autumn 2021. 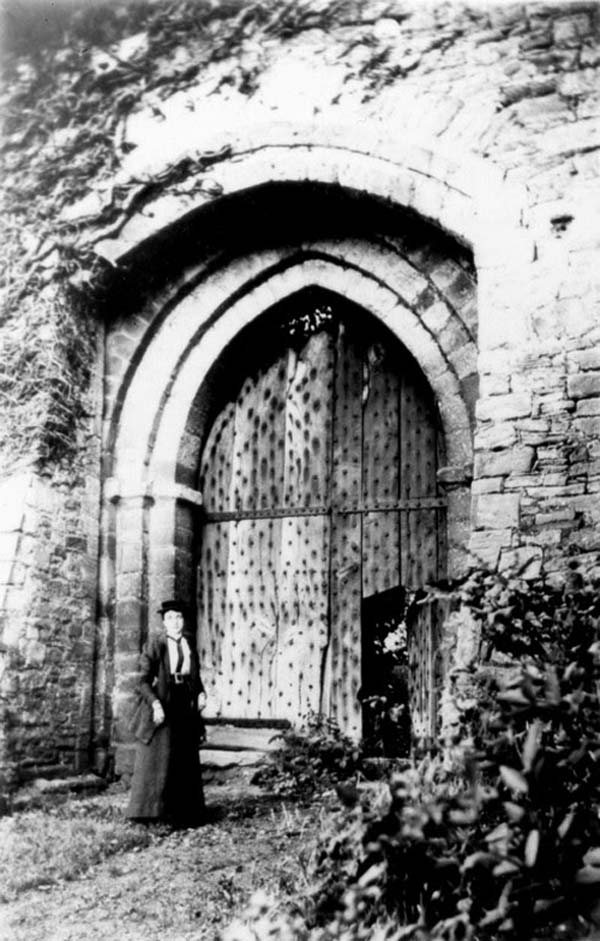 The gates pictured in the early 20th century.

Find out more about the work to restore and re-open Hay Castle at haycastletrust.org