Blitzkrieg, Raven, Tygers of Pan Tang, Atomkraft; those of us not so au-fait with the New Wave of British Heavy Metal (NWOBHM) that surged through bedrooms, boozers, school discos and concert halls in the 1980s may not have heard of these exponents of spandex, leather and loud guitars from the North East.

But a recent audio documentary series developed by Tyne and Wear Museums has been unearthing their stories and shedding a some light on a massive music scene that flourished across Tyneside – and even paved the way for the global success of acts such as Metallica, Megadeth and Slayer.

Now complete, the series tells the story of how, to paraphrase narrator Robson, ‘heavy metal was invented in Birmingham and refined in Newcastle’ at a time when Tyneside’s traditional heavy industries were dying. Inspired by the devil’s music, it seems Geordie kids turned to guitars and amps as their way out. 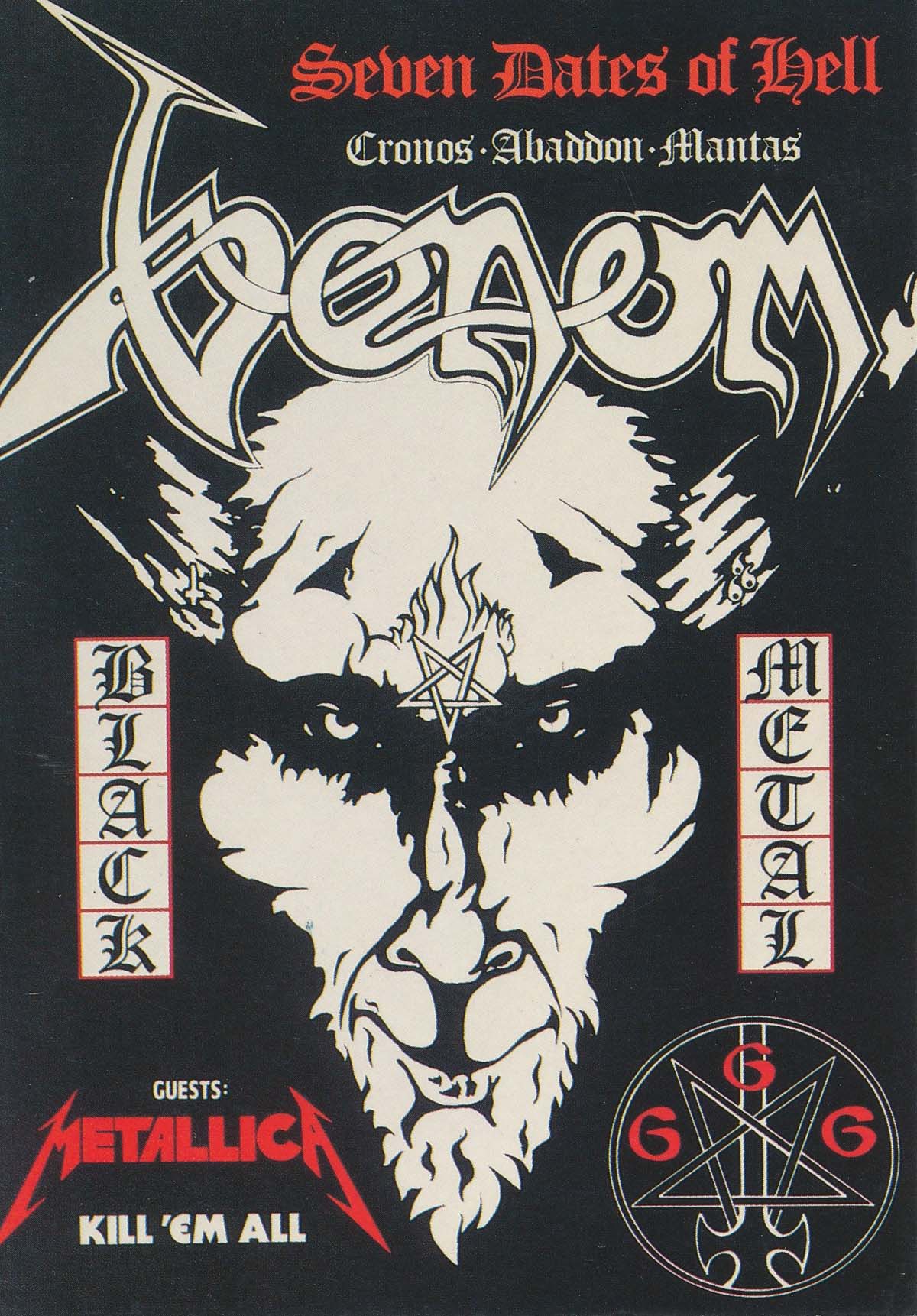 Key players in the north east metal scene, including Atomkraft’s Tony ‘Demolition Man’ Dolan, explain how some of the local metal bands of the eighties grew out of the punk scene, a love of heavy rock music and the decline of industry and rising unemployment. The result was a grass roots, snarlingly heavy diy scene that was part of a nationwide phenomenon.

This fascinating social history unfolds against a backdrop of post-industrial society, the decline of the factories, the docks and the mines that had sustained local families through the generations. For many youngsters in Newcastle and Tyneside, heavy metal was the way out.

But as bands like Barnsley’s Saxon and London’s Iron Maiden began to breakthrough into the charts, on Tyneside it was the legendary Neat Records, a small independent record company working out of the back room of a disused theatre turned Bingo Hall in Wallsend, that began recording and releasing vinyl by the local metal bands.

From episode one you can get a flavour of the indie metal masterworks churned out by bands on the Neat roster – including classics like The Power by War Machine, Back To The Grind by White Spirit, SS Giro by Fist and local metal standard, Break The Chain by Raven. All of them recorded at Impulse Studios in Wallsend.

The biggest local name to break the chain and transcended this vibrant scene were Venom, whose coruscating and seriously heavy sound, peppered with grunts growls and satanic references, was unleashed on the world via a first single called In League With Satan (1980) and then developed on two albums for Neat Records, Welcome to Hell (1981) and Black Metal (1982).

Today they are widely credited with creating the sub-genre ‘black metal’ and with influencing the sub genres thrash and death metal. The Geordie devil worshippers are now reckoned to be to one of the most influential bands of the NWOBHM, and in 1984 they even gave Metallica a hand up by inviting them to support their American and European tours. 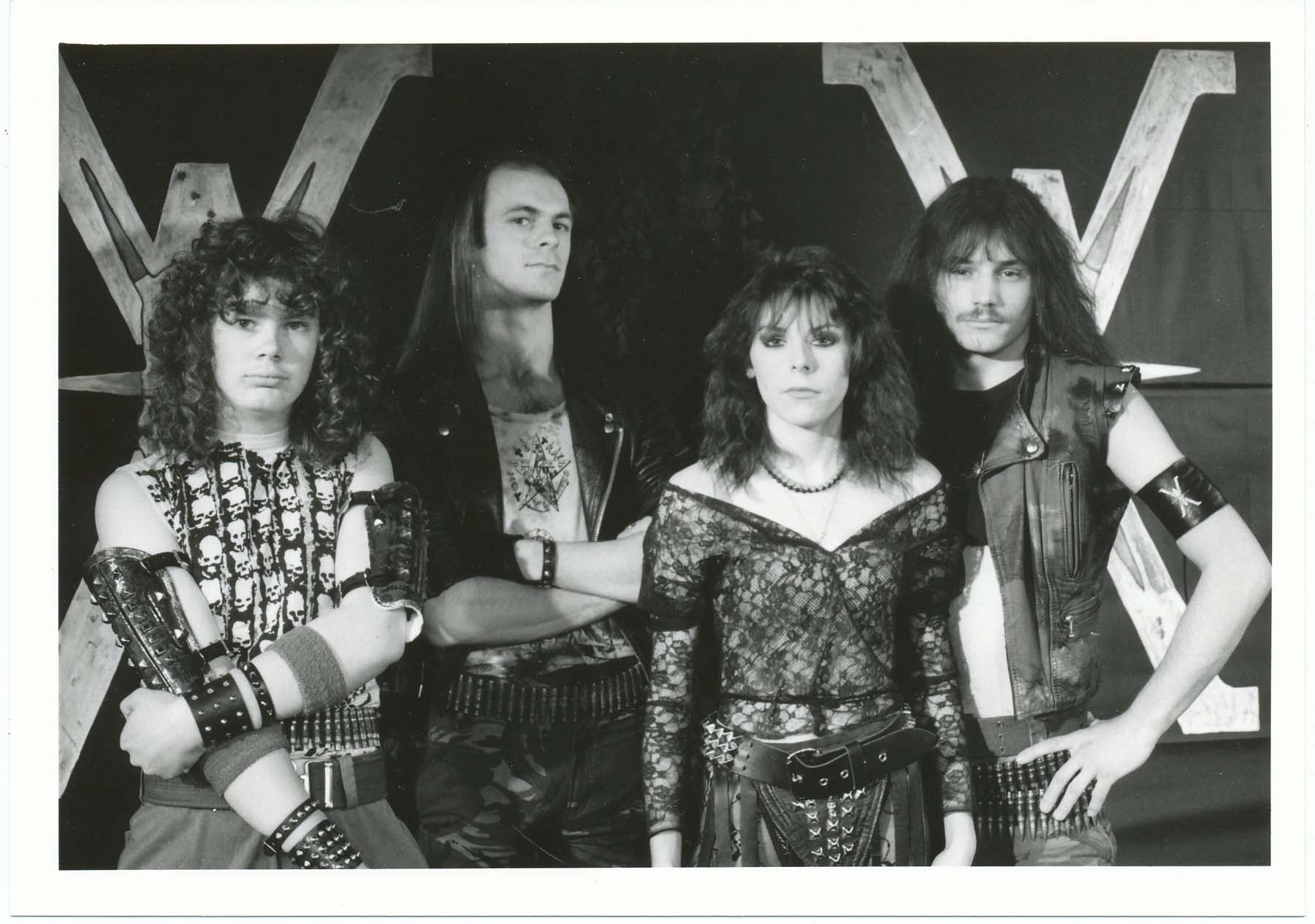 For others like War Machine, Fist, Bitches Sin, Tobruk, Steel and Crucifixion, who all recorded for the label, their legacy is more than just a footnote. As more metal aficionados peel back the layers of music history and discover the sound that influenced thousands of metal bands in Britain, Scandinavia, the USA and beyond, it leads them back towards Tyneside and Neat Records.

“Tyneside played such a fundamental role in shaping the sound of heavy metal and I hope that the documentary encourages listeners to explore these amazing bands,” says Sarah Younas, Digital Producer at Tyne & Wear Archives & Museums, who created the documentary with music writer John Tucker, whose various forays into writing about the NWOBHM include, Neat & Tidy: The Story of Neat Records.

“Working with Alan Robson has been incredible,” she adds of the series narrator whose familiar Geordie brogue brilliantly holds the story together. “Alan has always been at the forefront of the scene. ‘The Hot ‘n’ Heavy Express’ was the soundtrack of so many people’s Saturdays, there was nothing else like it. He was responsible for so many musical discoveries and big breaks. I didn’t have anyone else in mind to narrate the series, it had to be Alan.”

Thanks to Spinal Tap, heavy metal music, perhaps more than other genres, has become particularly adept at absorbing pastiche and shrugging off ridicule and these bands offer an unfettered introduction to heavy metal’s infectious, balls out appeal.

Find the series on Apple Podcasts, Spotify and other podcatchers or visit www.twmuseums.org.uk/heavier-faster-louder