Cosford, Shropshire, opened in 1938 as No.2 School of Technical Training and during Second World War over 70,000 engine and airframe mechanics and armourers attended courses there.

Debden, Essex, opened as a fighter station in 1937 and noted for the largely intact preservation of its flying field and defensive perimeter.

East Kirby, Lincolnshire, opened in 1943 in support of Bomber Command’s offensive, with airmen from nearly 200 Commonwealth countries operating from it with 57 and 630 squadrons.

Elvington, Yorkshire, opened October 1942. Halifax Bombers based at Elvington were heavily engaged in the Battle of the Ruhr in early 1943 and in May and June 1944, two heavy bomber squadrons of the Free French Air Force formed there.

Filton, Gloucestershire, former Aircraft Acceptance Park for the reception and final assembly of aircraft and their flight testing, storage and distribution to squadrons to the north of Sir George White’s aircraft factory of 1910.

Halton, Buckinghamshire, established as the centre for technical training for the Royal Flying Corps in 1917. 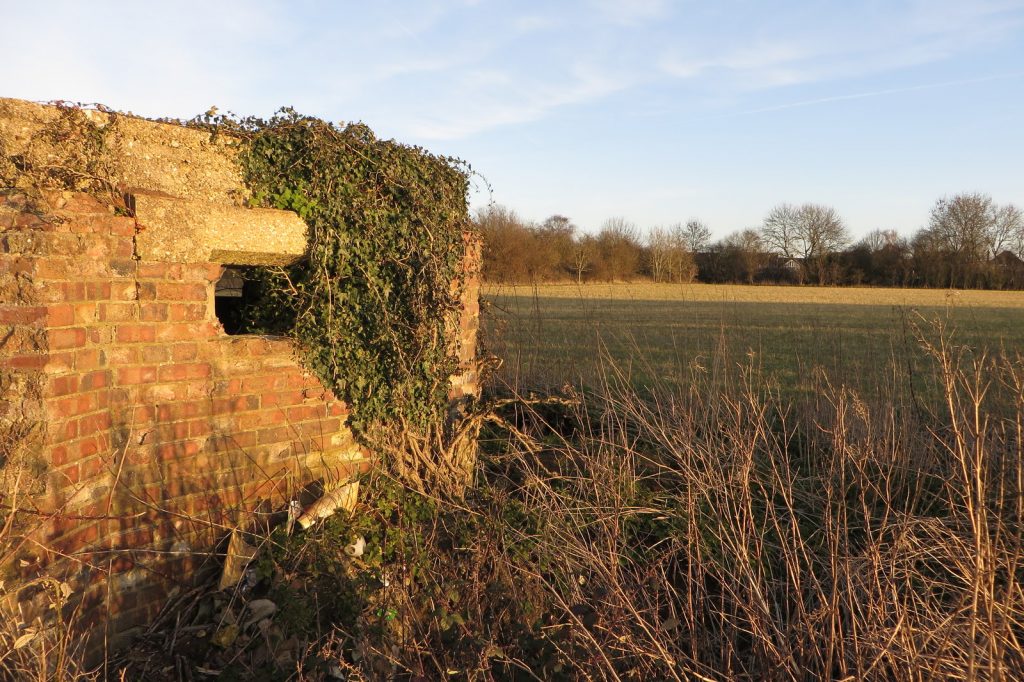 An overgrown pillbox near Henlow Airfield. Copyright Philip Jeffrey and licensed for reuse under a Creative Commons Licence

Henlow, Bedfordshire, five General Service Sheds comprise the most complete ensemble of hangar buildings on any British site for the period up to 1923.

Hullavington, Wiltshire, opened 1937 as a Flying Training Station and embodies to a unique degree the improved architectural quality associated with the post-1934 Expansion Period of the RAF.

Kemble, Gloucestershire/Wiltshire, the most strongly representative – by virtue of its range of hangar types – of 24 Aircraft Storage Unit sites planned and built by the Air Ministry between 1936 and 1940.

Larkhill, Wiltshire, one of the two sites in Britain where aircraft sheds built in association with the early pioneers of powered flight have survived. As historically significant as the remains of the Wright Brothers workshops and the resited 1910 Boeing workshop at Seattle. Britain’s first military airfield.

Little Walden, Essex, used by the USAAF from April 1944 and has exceptionally complete example of common type control tower used during the Second World War.

Ludham, Norfolk, opened in 1941 as a forward operating base for Fighter Command.

Manby, Lincolnshire, after Hullavington the most complete and architecturally unified of the post-1934 Expansion Period stations in Britain.

Netheravon, Wiltshire, begun in 1912, the most complete of the sites relating to formative phase in the development of military aviation in Europe, prior to the First World War. 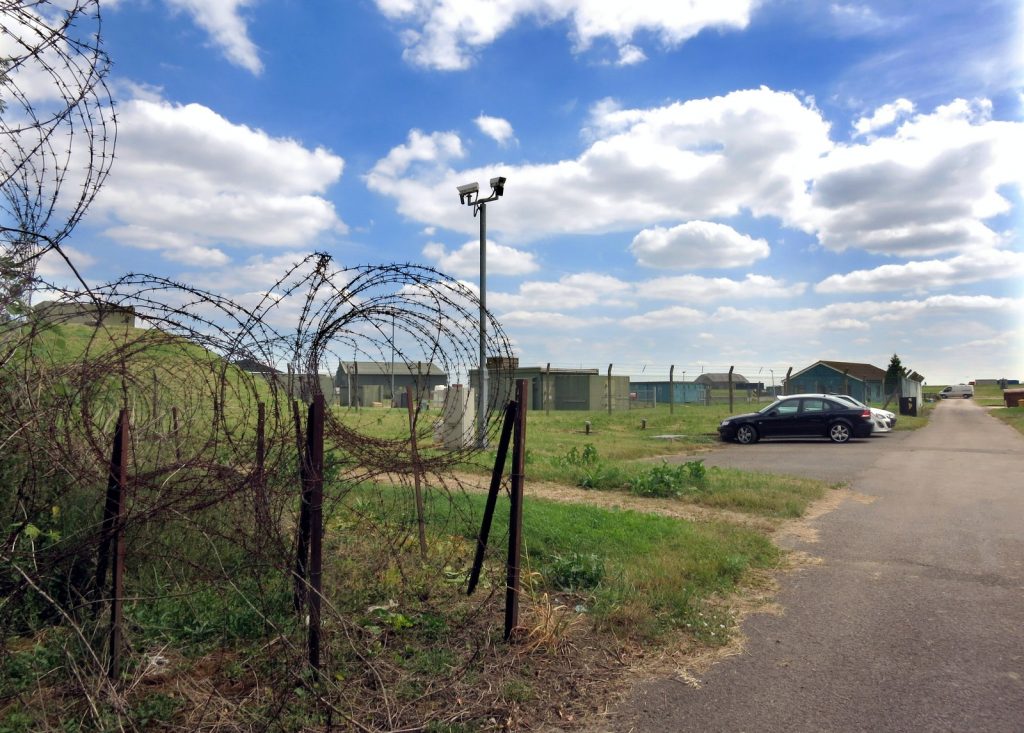 Barbed wire at the edge of Northolt Airfield. Copyright Des Blenkinsopp and licensed for reuse under this Creative Commons Licence

Northolt, London Borough of Hillingdon, one of the 11 Group sector stations which played a significant operational role in the Battle of Britain. Memorial commemorates the contribution of Polish airmen to the Allied war effort.

North Weald, Essex, fighter sector station with Battle of Britain associations, and after Kenley and Debden retains the best-preserved of the landscapes put in place by Fighter Command at the beginning of the Second World War.

Scampton, Lincolnshire, opened in 1936 as a bomber station, its association with the Dambuster Raids make it Bomber Command’s most famous base of the Second World War and it continued to evolve as a landscape for the projection of deterrent power against the Soviet Union in the Cold War period.

Spitalgate, Lincolnshire, opened as a training station in 1917, one of few retained for use by the RAF after 1919.

Swanton Morley, Norfolk, along with West Malling has the best-preserved example of Art Deco styling of the Air Ministry’s control tower designs. The first combined bombing raid with British and American personnel was launched from Swanton Morley on June 29 1942, with both Churchill and Eisenhower present.

Uxbridge, London Borough of Hillingdon, developed as a major armaments training school at the end of the First World War and then as a recruit-training centre for the RAF in the 1920s. Underground bunker of 1938 contains the Group Operations Room from where the vital 11 Fighter Group was commanded during the Battle of Britain.