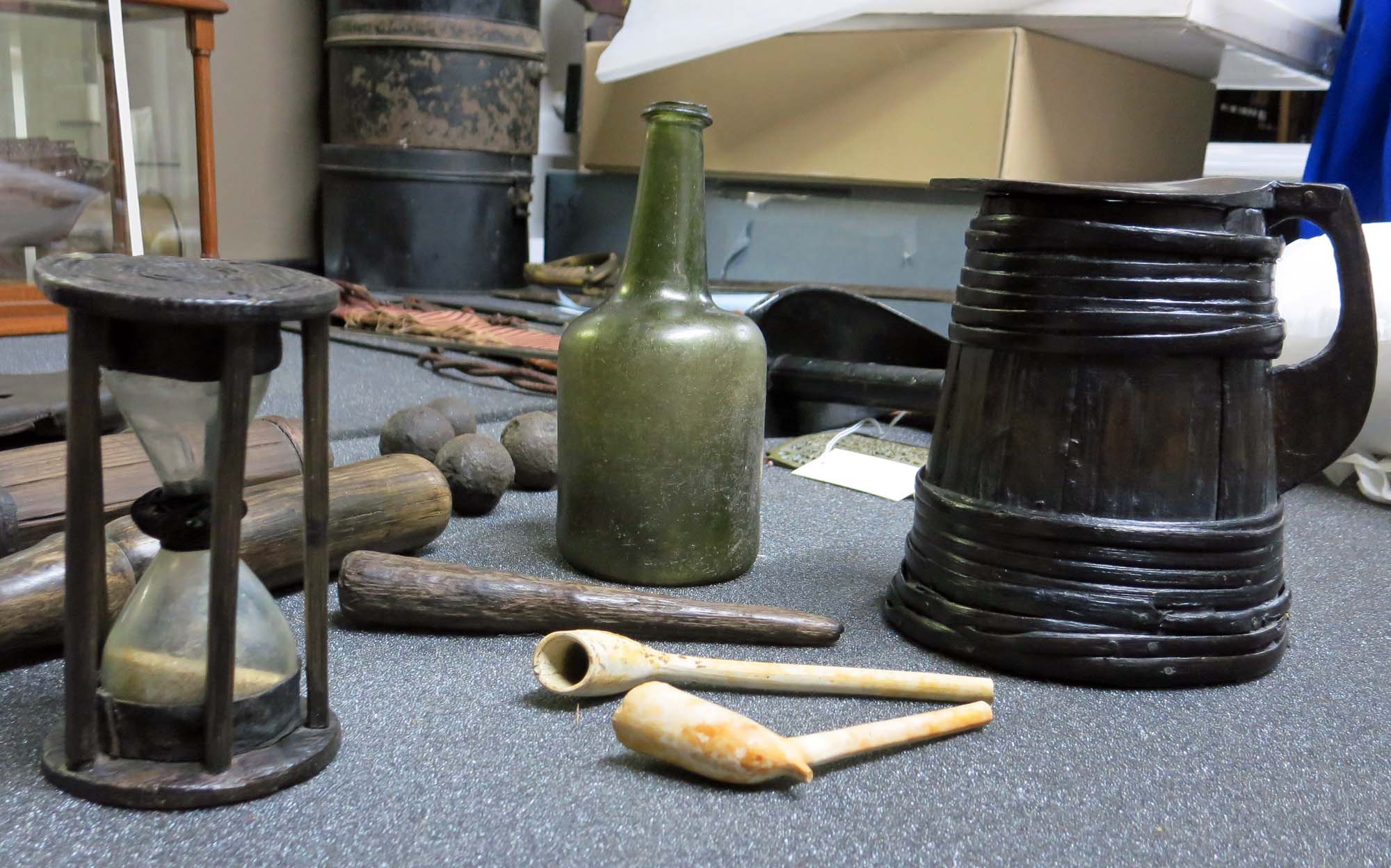 Donated artefacts from HMS Invincible include L to R sand glass, clay pipes, wine bottle and tankard with the initials of sailor Issac Robertson engraved on it. © NMRN

The National Museum of the Royal Navy in Portsmouth has taken delivery of a group of rare artefacts recovered from the wreck of the famous eighteenth century warship, HMS Invincible

Recovered from the watery depths of the eighteenth century wreck site of HMS Invincible, these sailors’ possessions have lain on the seabed floor for over 200 years.

The handful of everyday artefacts including shoes, a tankard and grapeshot have been gifted to The National Museum of the Royal Navy at Portsmouth Historic Dockyard by Arthur Mack, who discovered the underwater wreck nearly 40 years ago.

Considered by many to be one of the most significant warships ever built, she was made by the French in 1744 and captured by the British on the 3rd May 1747. HMS Invincible’s 74-gun capacity and extended deck design was copied globally and her class became the backbone of the Royal Navy up to the end of the sailing navy and the beginning of the age of steam.

The ship sank in February 1758 after hitting a sandbank in the East Solent. It is said Invincible remained upright for three days so, unlike the other famous Solent wreck, the Mary Rose, the crew managed to escape before she sunk beneath the waves. 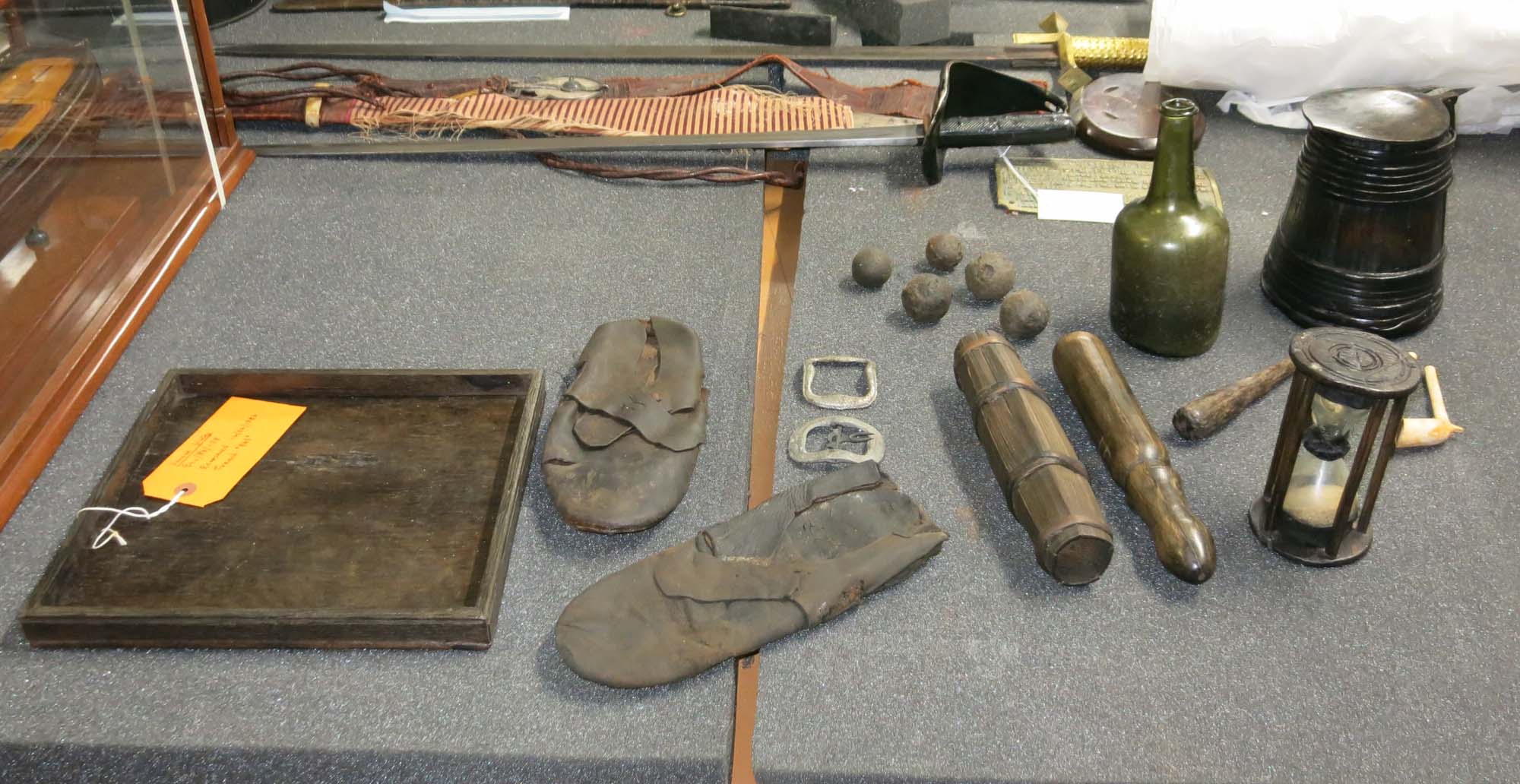 Safely inside the museum storeroom, the HMS Invincible artefacts donated to The National Museum of the Royal Navy including a square plate, shoes and a sand glass. © NMRN

A keen fisherman, Arthur (83) from Eastney in Portsmouth, was on the water in 1979 when his nets snagged on something underwater.

“As we pulled them up,” he recalled, “they brought up a large piece of timber with wooden treenails and iron bolts – so we knew we were talking about a wooden ship.

“My friends John Broomhead and Cdr John Bingeman helped identify the wreck as HMS Invincible and the rest, as they say, is history.”

Over the years Arthur has collected and expertly conserved a number of artefacts from the wreck including a wooden square plate, glass wine bottle, two shoes and a tankard featuring the initials of a sailor onboard.

“We’ve been closely involved with the project for nearly 40 years and we are still not finished,” he added. “But I was keen to donate the artefacts to the National Museum in the meantime.”

The items are now at the museum for recording and safekeeping whilst the remainder of the wreck is excavated. A permanent display is currently being planned as part of a much wider project called Diving Deep – The HMS Invincible 1744 Project, which is a partnership with The Maritime Archaeology Sea Trust (MAST), The National Museum of the Royal Navy and Bournemouth University to archaeologically excavate, record, conserve and display the remains of the shipwreck. 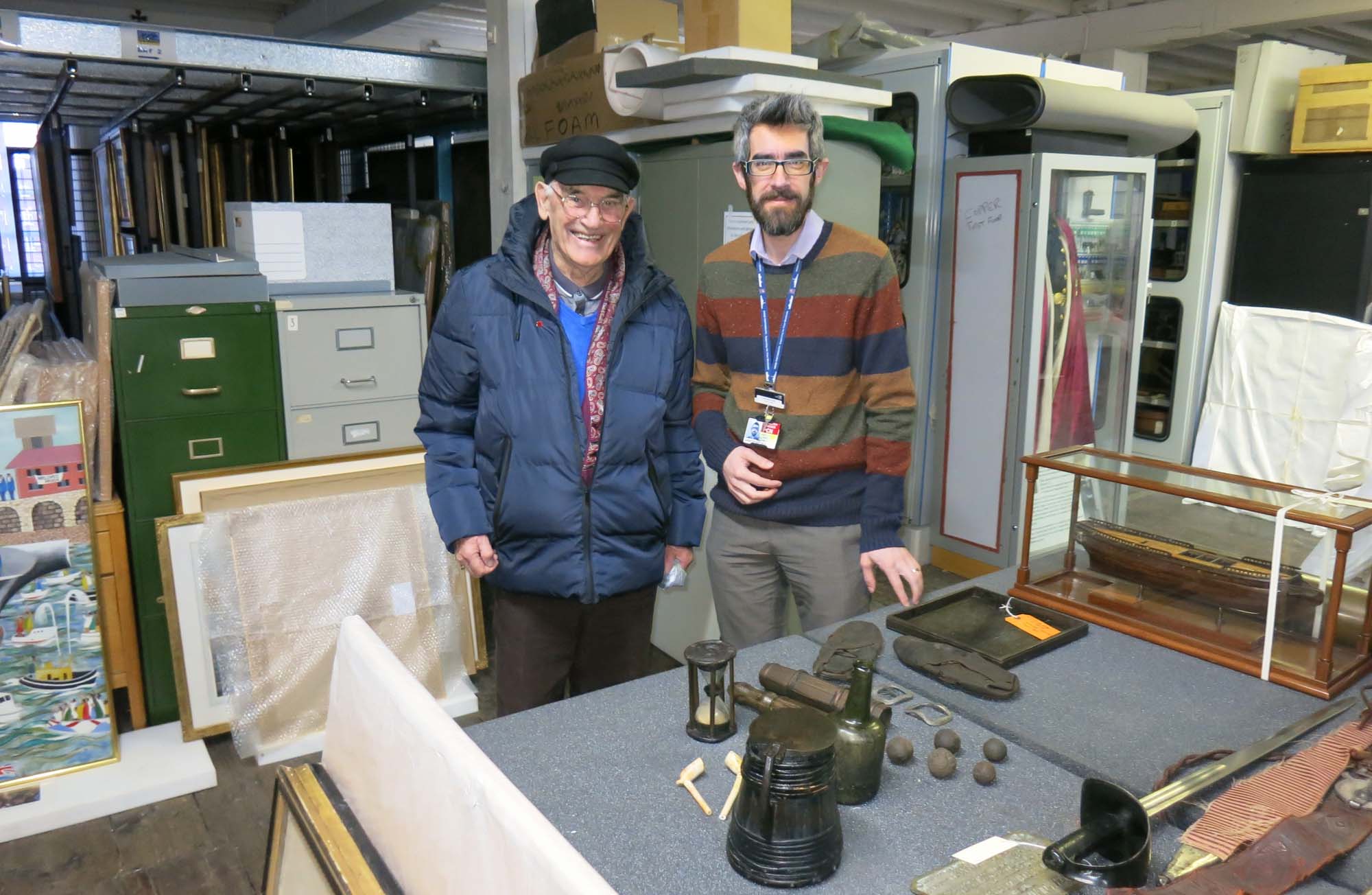 L to R Arthur Mack (83) who found the site of HMS Invincible with Christopher Gale, senior curator of The National Museum of the Royal Navy. © NMRN

Christopher Gale, senior curator at The National Museum of the Royal Navy described the variety and quality of the items donated by Arthur as “exemplary”.

“It is a wonder that they have spent well over 200 years at the bottom of the Solent,” he said. “One particular highlight is the wooden tankard. Research by Arthur has led to this object being personally connected to an Issac Robertson, who served on the ship.

“With the ongoing work to excavate and survey the remains of the HMS Invincible, these items will add greatly to the exhibitions being planned for this material in the future.” 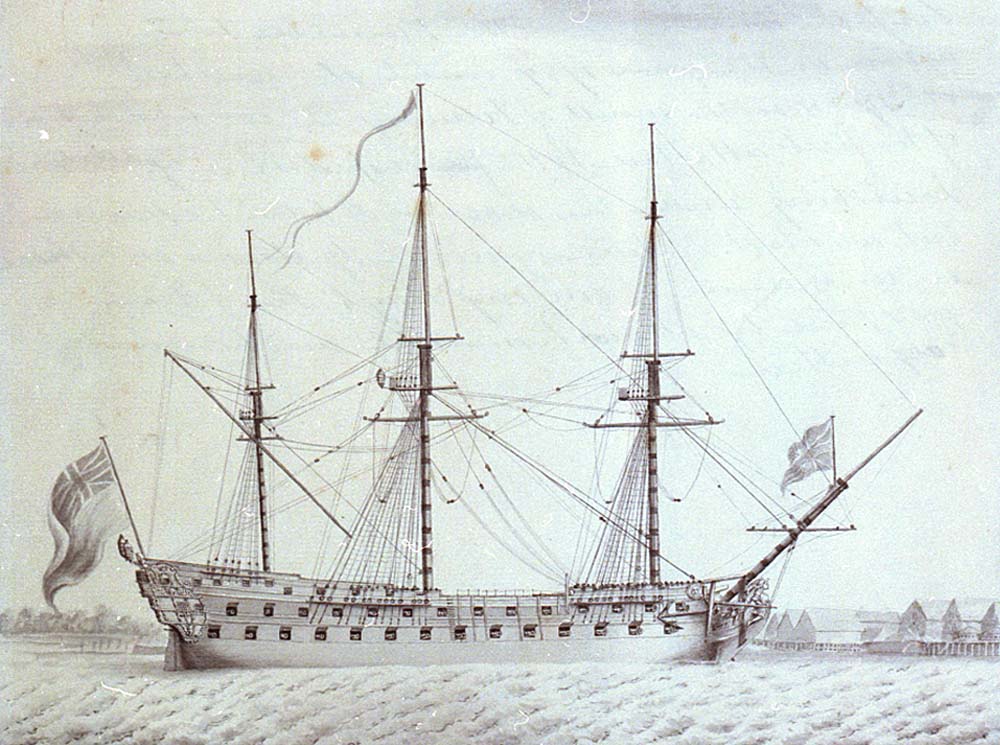 Invincible 74 guns commanded by Sir John Bentley Kt in the years 1749-1752 and of which this drawing was made by his Clerk during the time of St John’s command. Royal Museums Greenwich

The recording and excavating the remains of the ship will fill the missing link in naval history’s knowledge between the Tudor flagship Mary Rose and HMS Victory. Her remains represent the most complete and best preserved of a warship from the mid-18th century and the site, which lies between the Isle of Wight and Langstone Harbour, holds invaluable clues to both French and British ship design, technologies and shipboard life.

The project is supported by the National Lottery through the Heritage Lottery Fund and has received a LIBOR grant of £2,027,334.

National Museum of the Royal Navy at Portsmouth Historic Dockyard