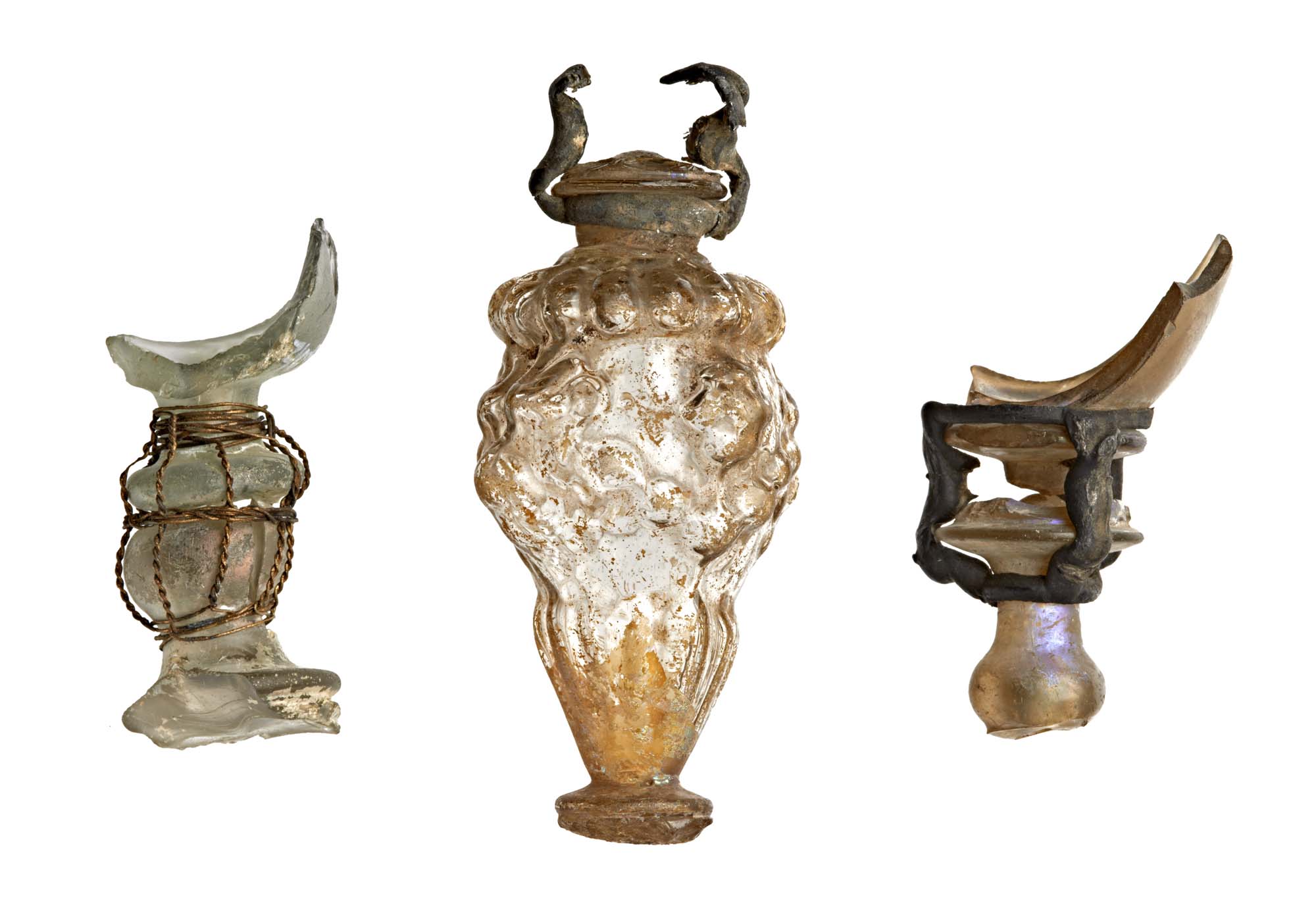 In relatively recent years we have become accustomed to breaking up and sorting out all sorts of material and household goods for recycling. But for centuries, Londoners have followed the same process, breaking down items into their constituent parts to give them a second life.

The Museum of London’s latest display of curious objects, Junk, reveals some these ingenious alternative uses and the creative repairs to be found in everything from Roman pots mended with lead, iron wires and adhesive made from tree bark and resin to the 18th century porcelain plates fixed together with great iron staples.

Among the 16th century solutions for the inevitable problem of broken drinking glasses was ‘an excellent cement’ of wax and aqua vitae and another combination of lime, flour and egg white. 17th century methods included moulding lead or gilt-wire braces to your glass.

Elsewhere, decorative 18th century plates show repairs with ugly rivets, a sure sign that people were prepared to tolerate an awkward-looking item if it meant prolonging its life. 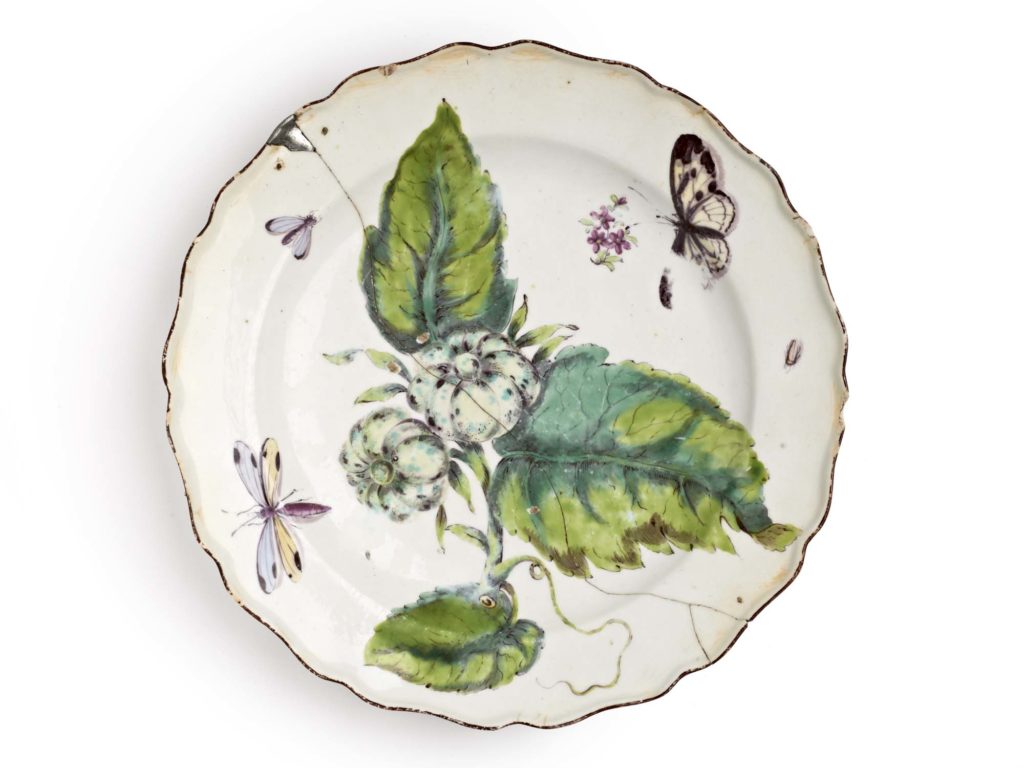 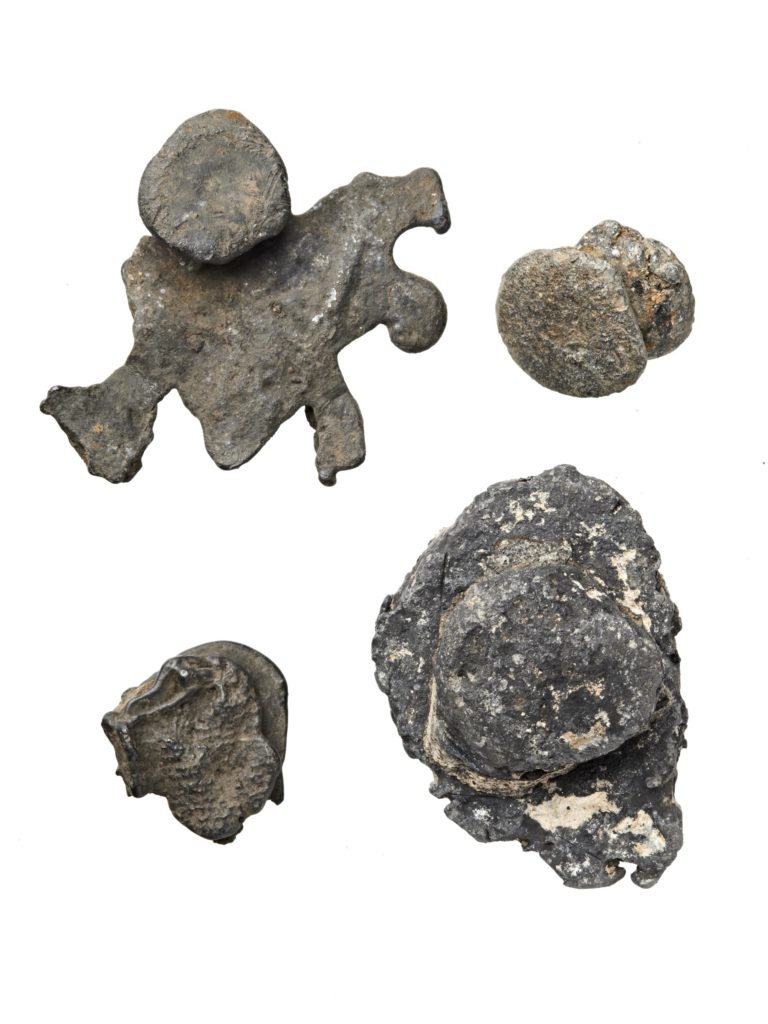 The fascinating finds come from right across the museum collection and range from archaeological excavated objects to chance finds that reflect the full gamut of what people have broken, chucked out and re-used over the last millennia – or so.

Holes in mediaeval pots were filled with molten lead plugs; and early 18th century women’s shoes were made entirely from re-used materials – with fabric from 100 years before and all elements worked and tailored to reflect the style of the day.

But far from lauding the good old days, when necessity made recyclers of seemingly everyone, the exhibition offers a few heartening parallels with today.

Of the 209 million tonnes of waste that entered final treatment in the UK in 2014, an encouraging 44.5% of it was apparently recovered (including recycling and energy recovery).

In 18th and 19th century London, dustmen who were responsible for many dust heaps, were similarly busy – sorting and removing anything that could possibly see a profit, including coal dust for making bricks, and, in turn, brick dust made into a cleaning agent. Dustmen were well off as a result. 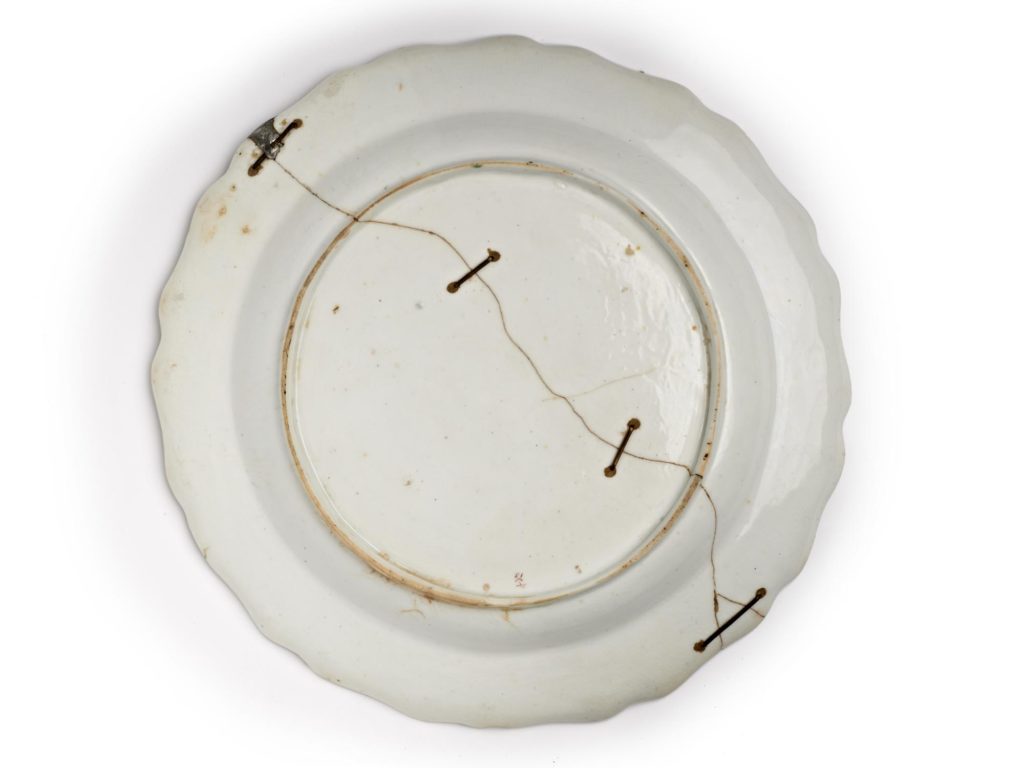 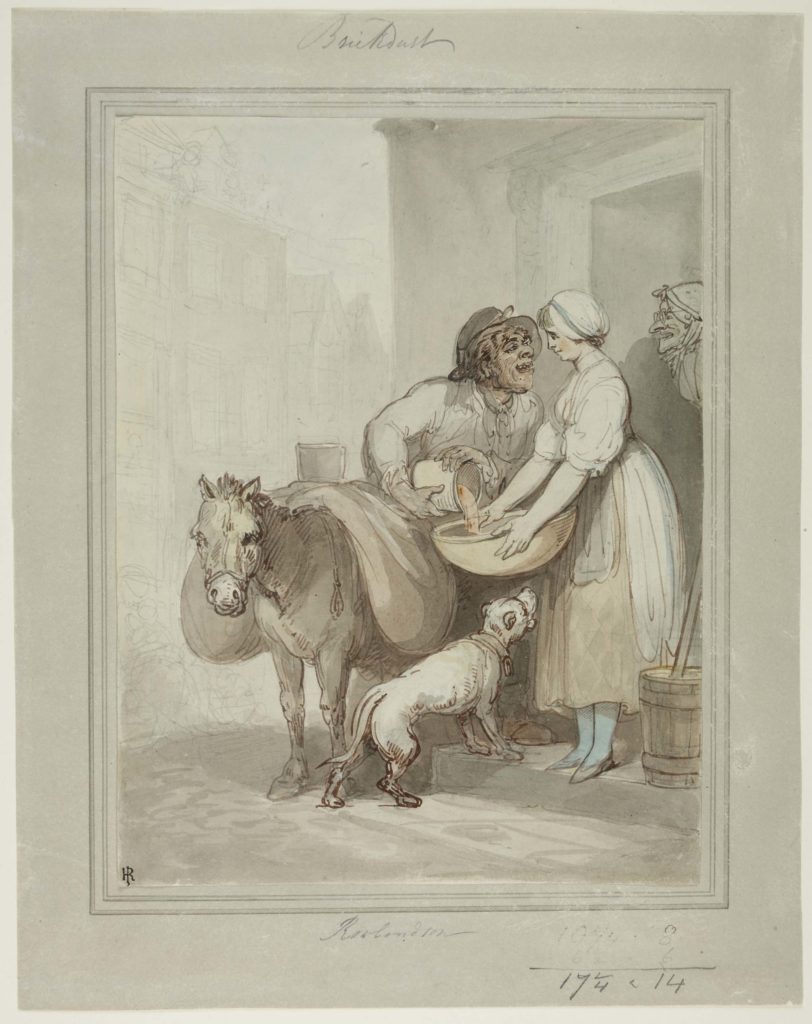 An old print from the popular Cries of London series shows a brick dust seller selling his wares to a servant girl, who would have used the dust for cleaning the doorstep and scouring the pots and pans. A pair of hawkers are also shown selling and buying metal, old spoons and scraps.

“Similarly the mudlarks of the nineteenth century picked up hemp, cord, bits of metal for recycling from the foreshore – anything they could find that they could sell on for profit,” says Curator Hazel Forsyth. “Recycling was endemic because of the poverty of people in the past.

“Anything recycled by one person could be used by another – either in a partially reconstructed state or in a new guise, so recycling is certainly nothing new, but our attitudes to recycling are really rather different now.”

Forsyth tells the story of how Lord Lisle, who was the King’s deputy and Governor in Calais in 1533, played host to the FrenchElector Palatine (who was helping to negotiate the betrothal of Anne of Cleves to Henry VIII) . Lady Lisle noticed how the French noble used a pin to clean his teeth after dinner, so she later sent him a letter and enclosed her own tooth pick, which she proudly told him: “I have used it myself for seven years”. 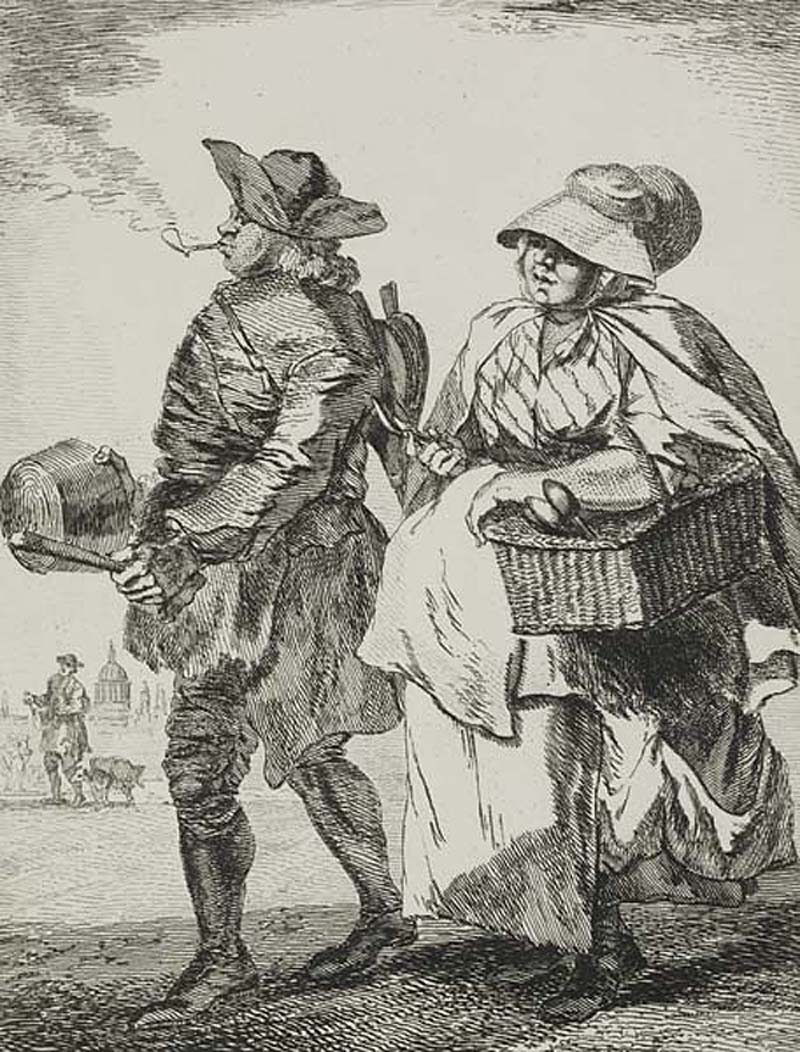 Etching from Twelve Cries of London, 1760, by Paul Sandby (c) Museum of London

“We’ve no idea whether the Elector was grateful,” adds Forsyth, “but this idea of recycling is really quite extreme and I think it was totally pervasive through all levels of society – from the courts down.

“It was an enduring part of people’s lives until after the Second World War and by the sixties it becomes a throwaway society. It’s only now again that people are becoming acutely conscious of waste and waste management and environmental risk and damage. For centuries prior to that there had been concerted efforts to recyle and re-use.”

One thing that emerges from the display is how Londoners of old were much more prepared to tolerate quite awkward-looking repairs. Aesthetics, it seems, always came second to function in people’s pecking order.