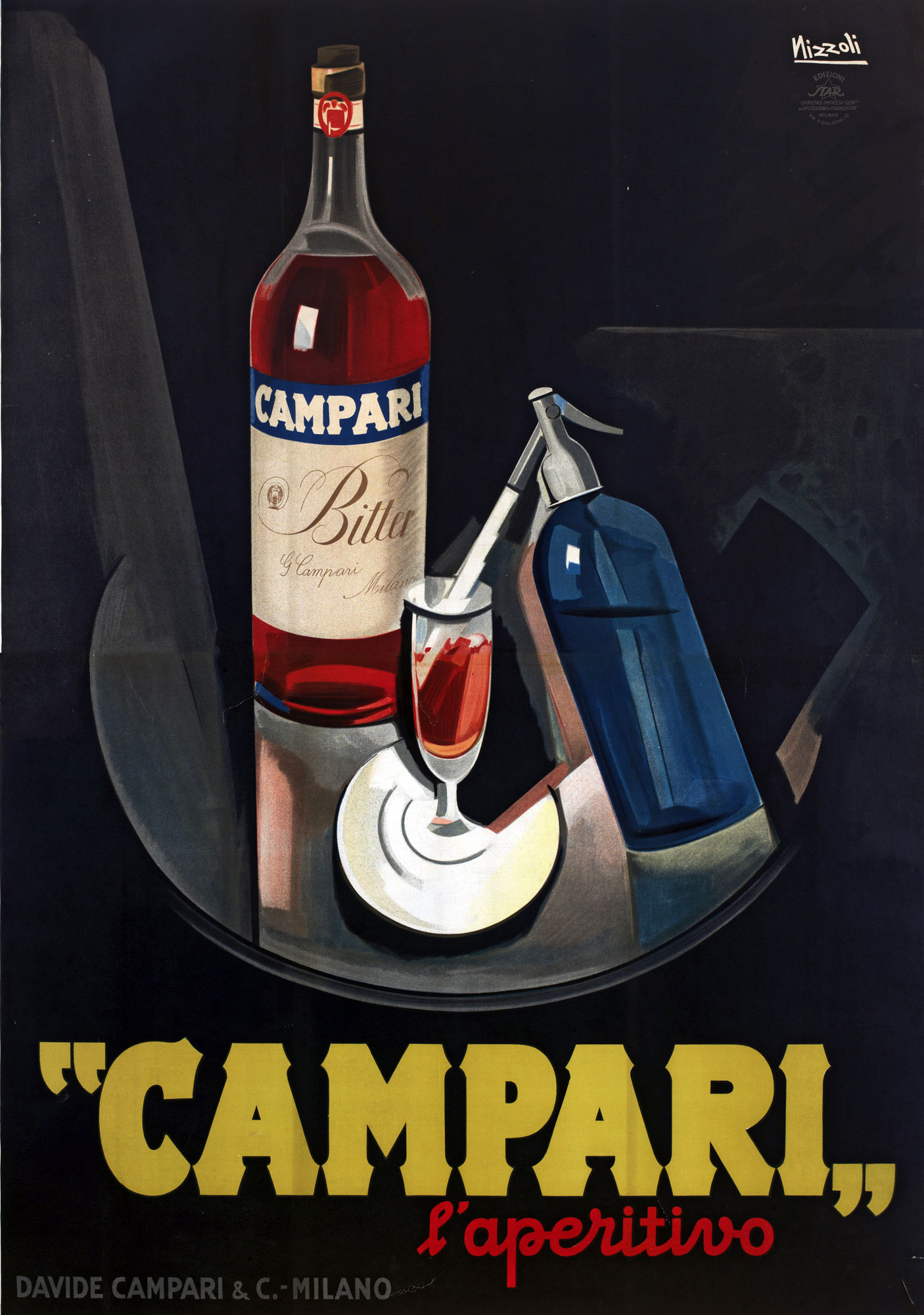 Futurist artist Fortunato Depero, drawing for Campari in the 1920s, believed the publicity poster would be ‘the painting of the future’. His posters used his trademark puppet-like characters and his bold, witty and geometric designs modernised the alcohol brand’s look and created an unmistakable visual identity.

He built on the Modernist background of the Campari advertising campaign, which started in the early 1900s via celebrated artwork by Italian Art Nouveau artist Adolf Hohenstein and the Cubist work of Marcello Nizzoli, and created a sophisticated brand profile. 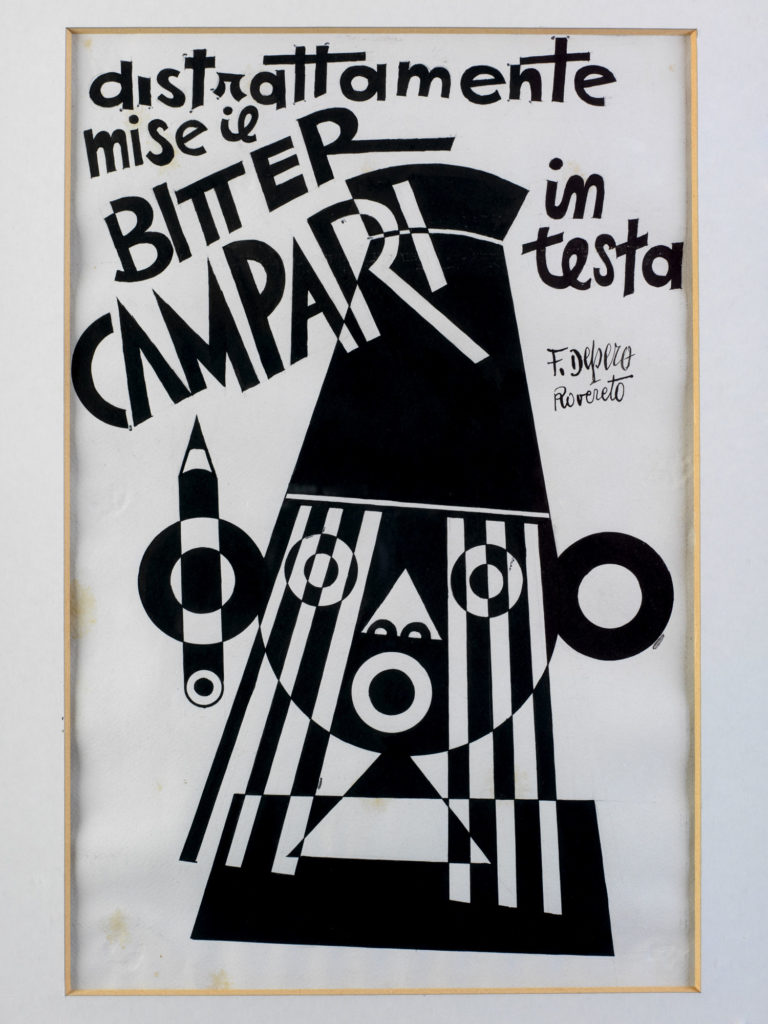 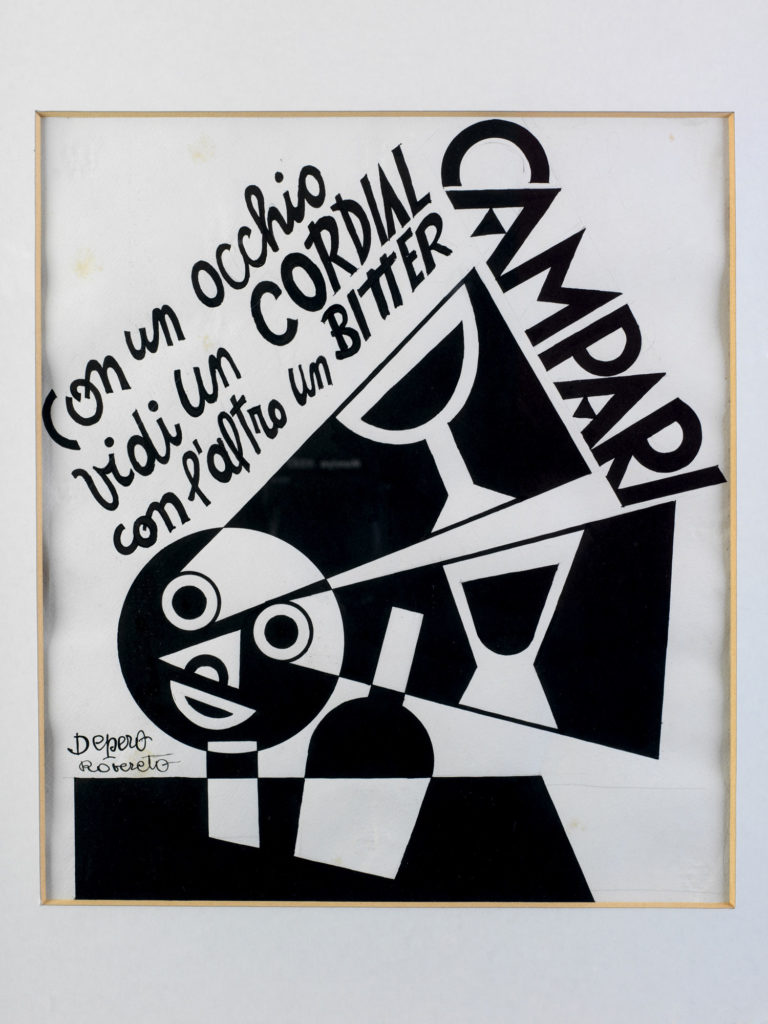 “They’re very iconic images and even now they’re considered one of the main references for people in advertising,” says Roberta Cremoncini, curator of The Art of Campari at the Estorick Collection of Modern Italian Art. “Depero devised some very impressive images and also started the trend of the brand as something fun but also very beautiful and slightly cheeky.

“The idea of people visiting museums to see art was dead for the Futurists – new art would be on the street.” 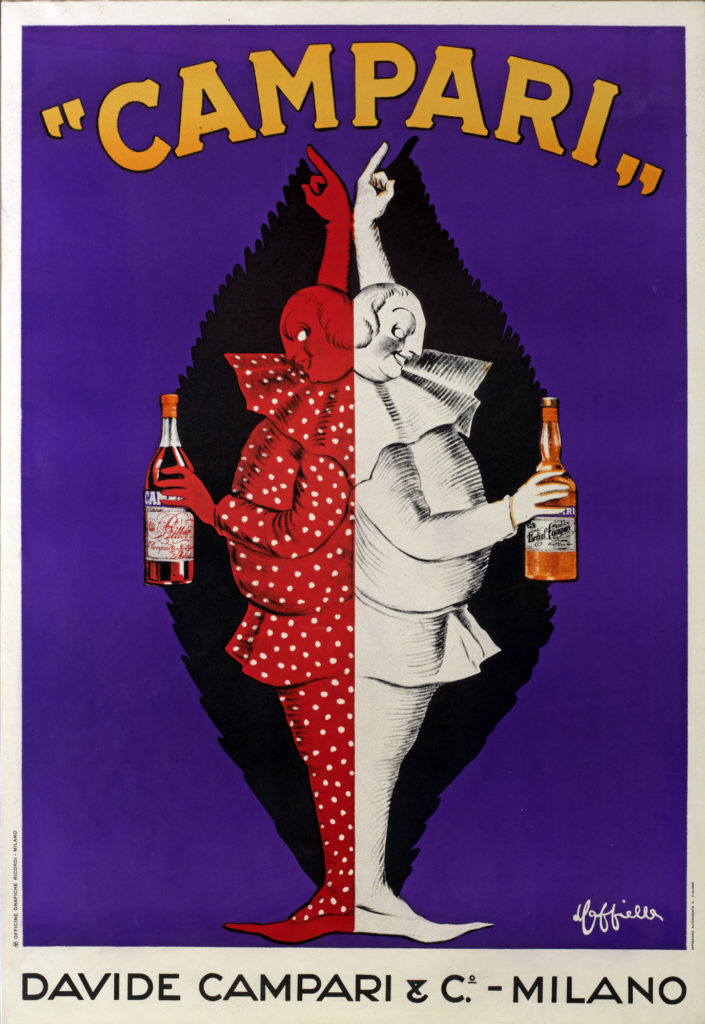 The Futurists famously embraced speed, the machine and innovation but their universe covered every element, from food and theatre to the environment, house and furniture.

Depero’s pioneering campaigns from the mid-1920s became Campari’s most celebrated commissions. His drawings were even used as the basis of the famous conical Campari Soda bottle in Italy in 1932, its fame equivalent to that of Coca-Cola in America.

“The Campari soda bottle has become so iconic in Italy,” says Cremoncini. “In England, because it was never commercialised, it isn’t something we recognise immediately.” 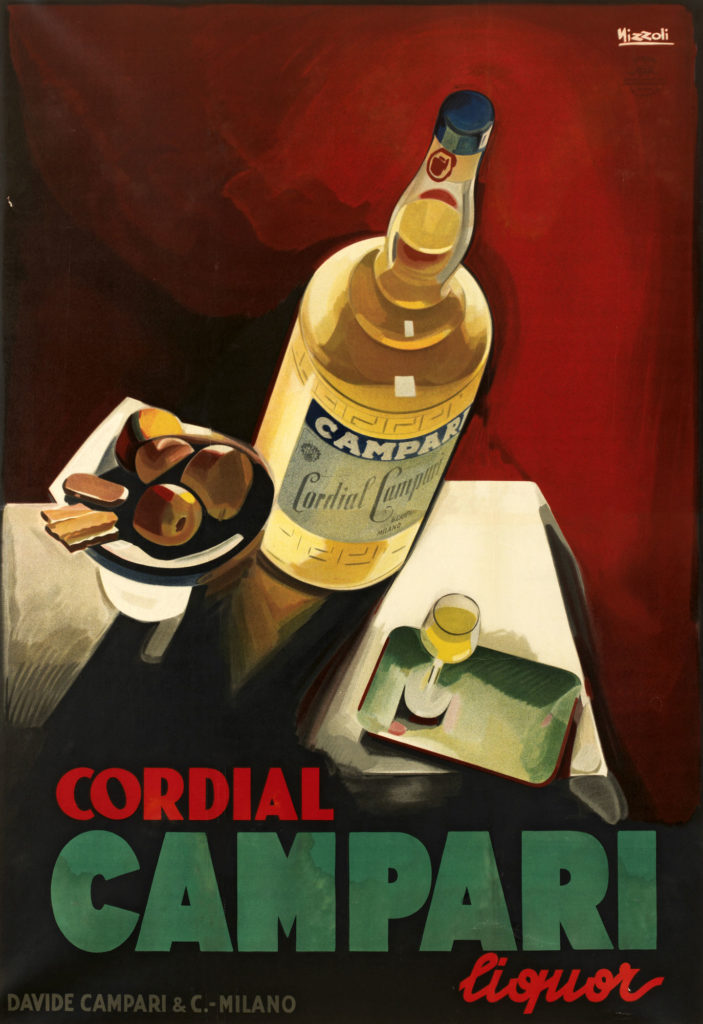 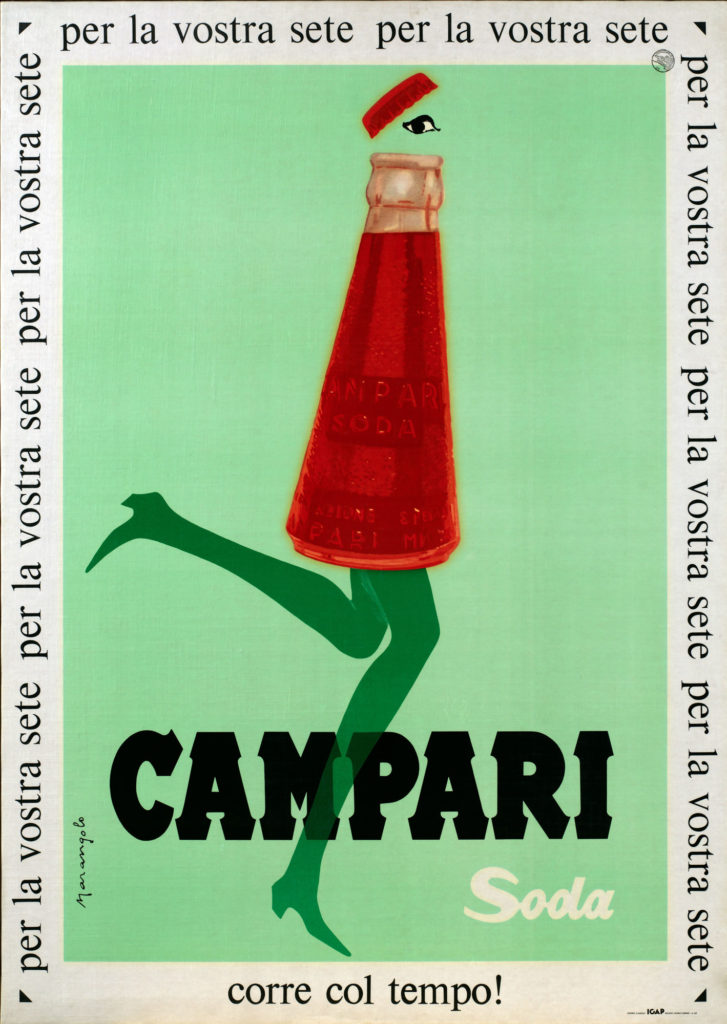 “Cappiello managed to encapsulate some of the most iconic images for Campari. He is very much of the time when bitter Campari became a lifestyle as well,” says Cremoncini.

The image of the clown in a red jumpsuit, entwined in a larger-than-life orange peel, his face transformed into a smile, is still used by Campari’s marketing today.

Franz Marangolo brought a lighter touch to Campari’s campaign as they entered the Swinging Sixties. The emphasis was still on lifestyle and refinement but he used imagery of men and women that fitted with the times. For one poster he transformed the iconic Campari soda bottle into a mini skirt. 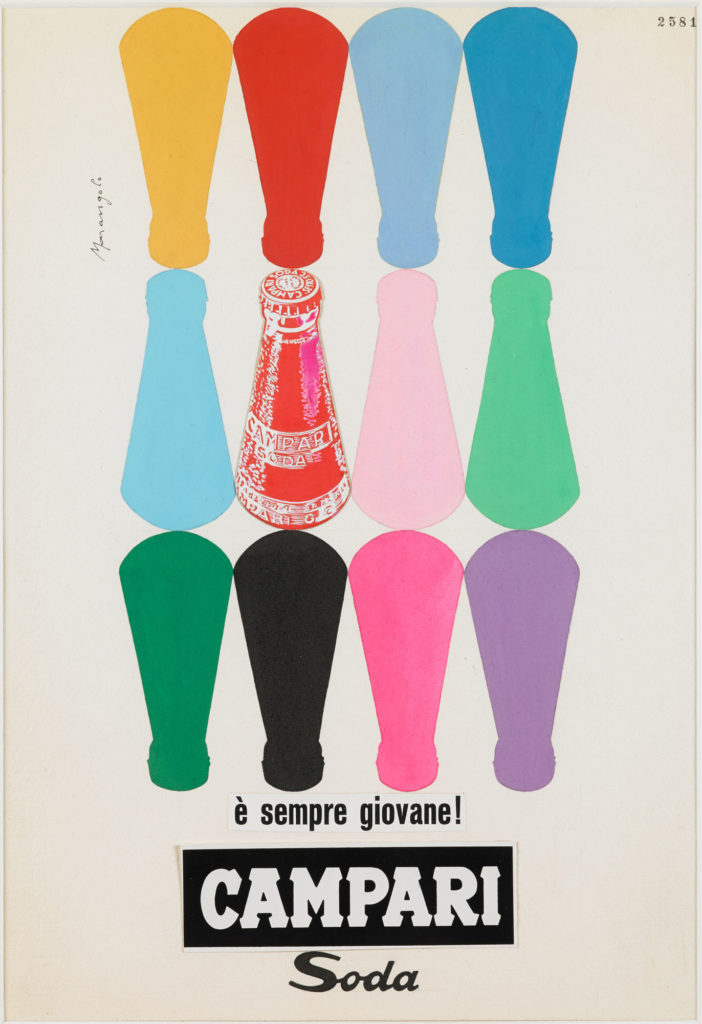 “He continues with the tradition of Campari advertising being fun and cheeky,” says Cremoncini. “He encapsulates very much the sixties feeling. Pop art comes into it and he uses the feeling of the art and culture and used it for the brand.”

One can only assume the artists enjoyed drinking Campari and the attitude associated with the liqueur.

“I’m sure everybody did,” says Cremoncini. “Campari was much more than it is now, it was part of the lifestyle.” 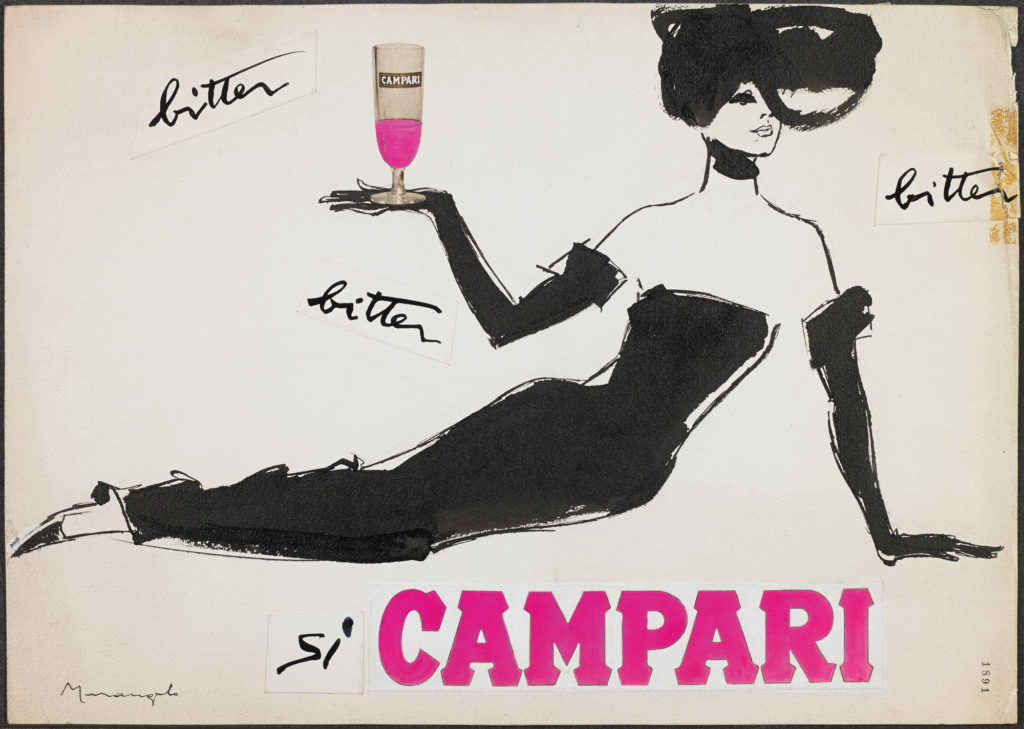 The Estorick Collection of Modern Italian Art opened in London in 1998. Its new home - a Grade II listed Georgian building - was restored with support from the Heritage Lottery Fund and contains six galleries, an art library, cafe and bookshop. The Collection is known internationally for its core…